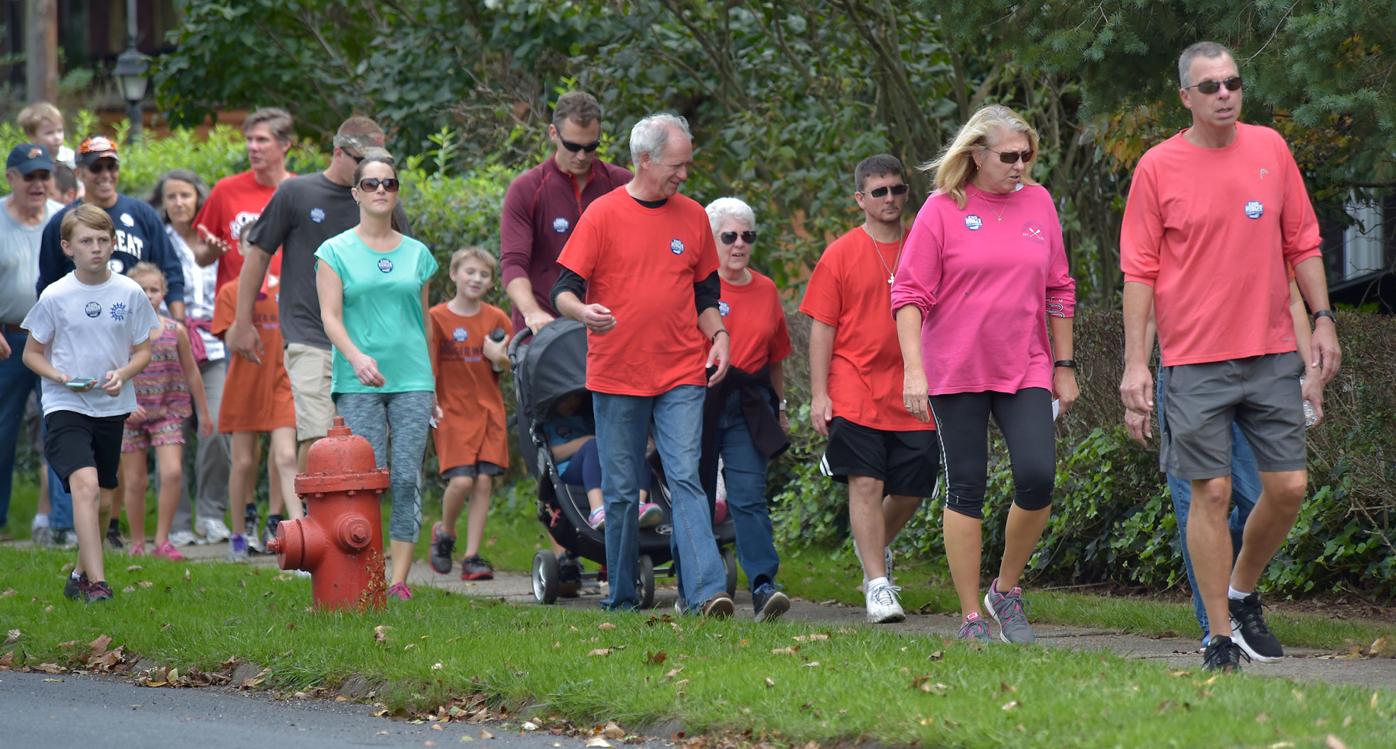 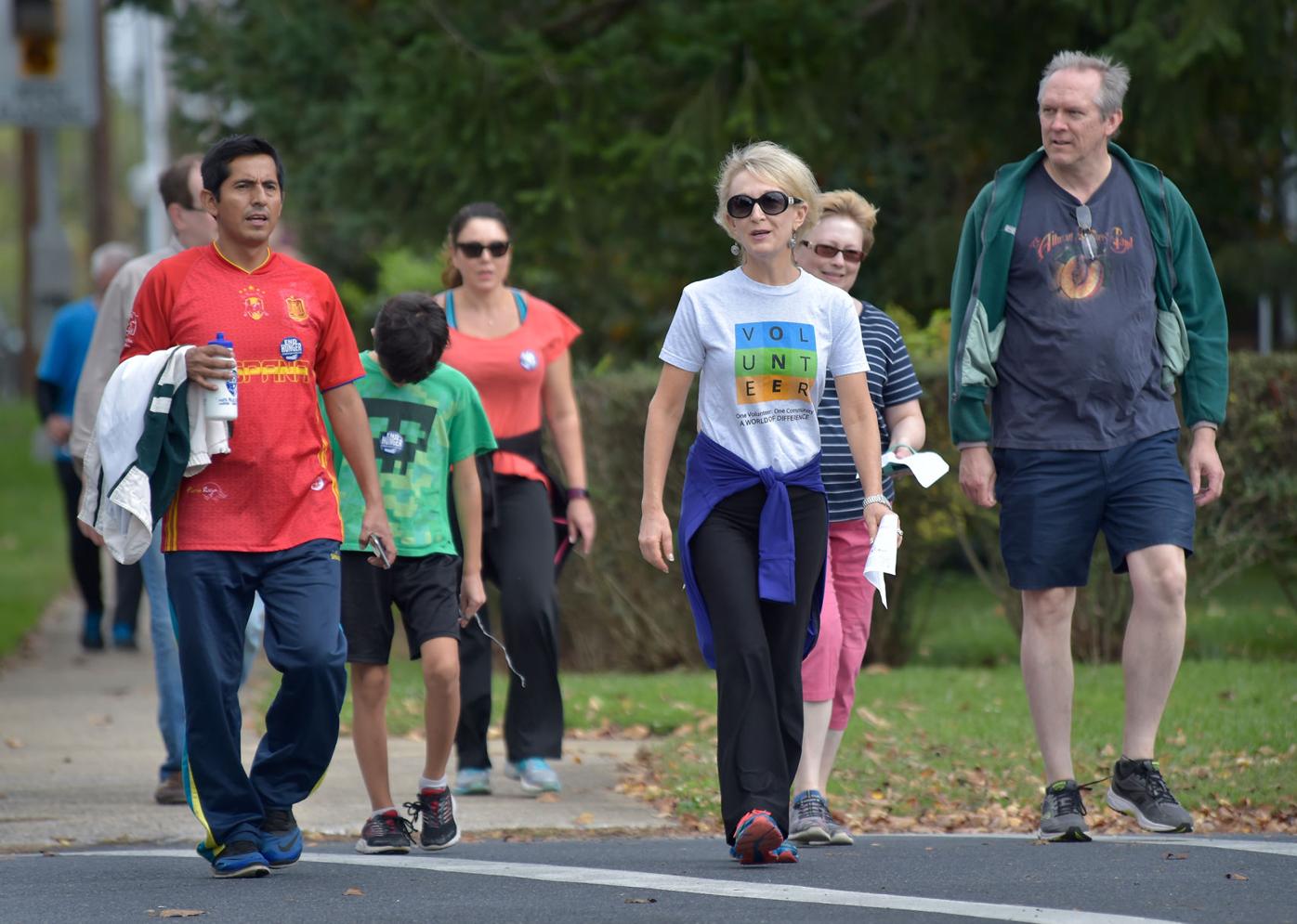 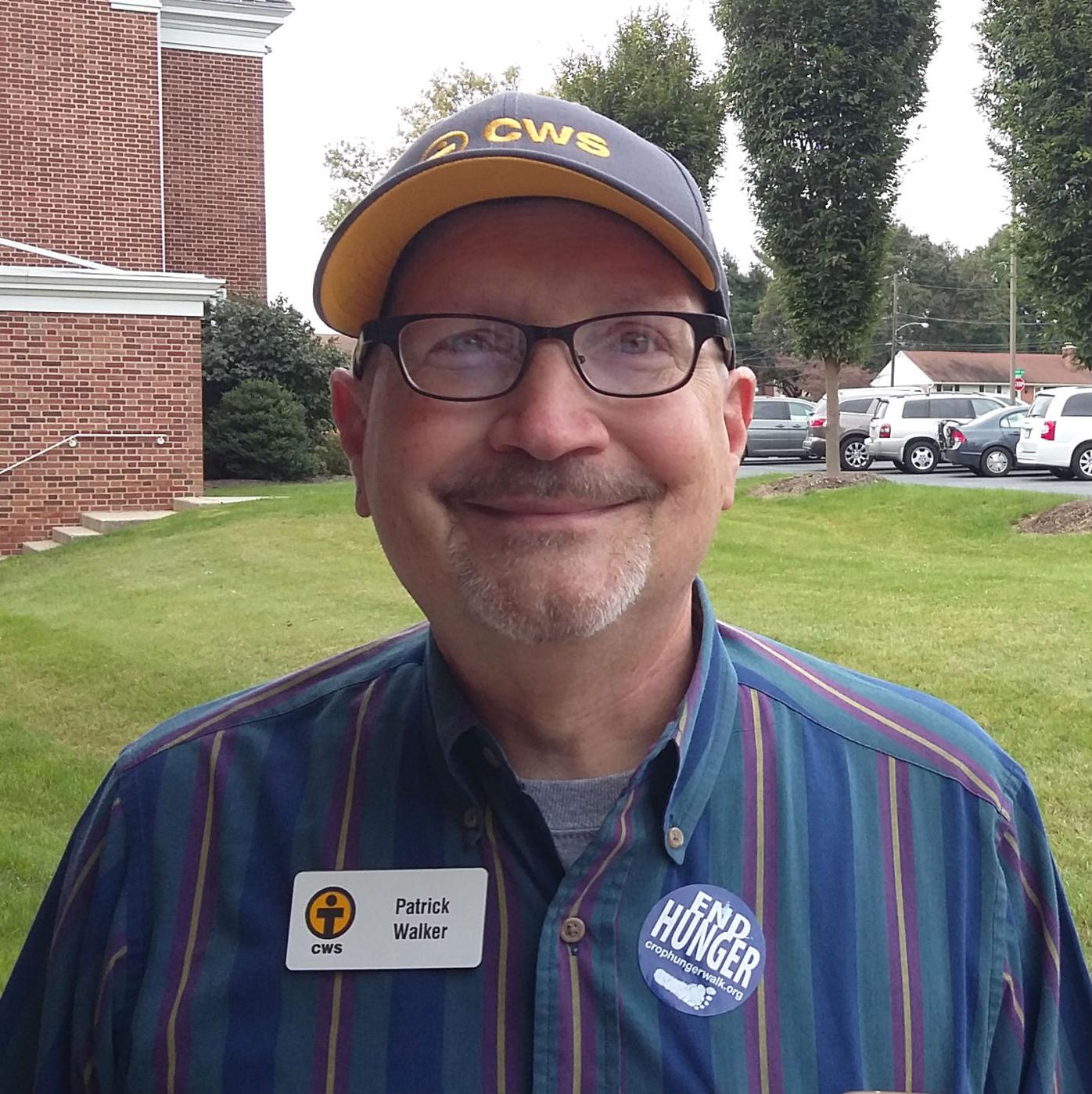 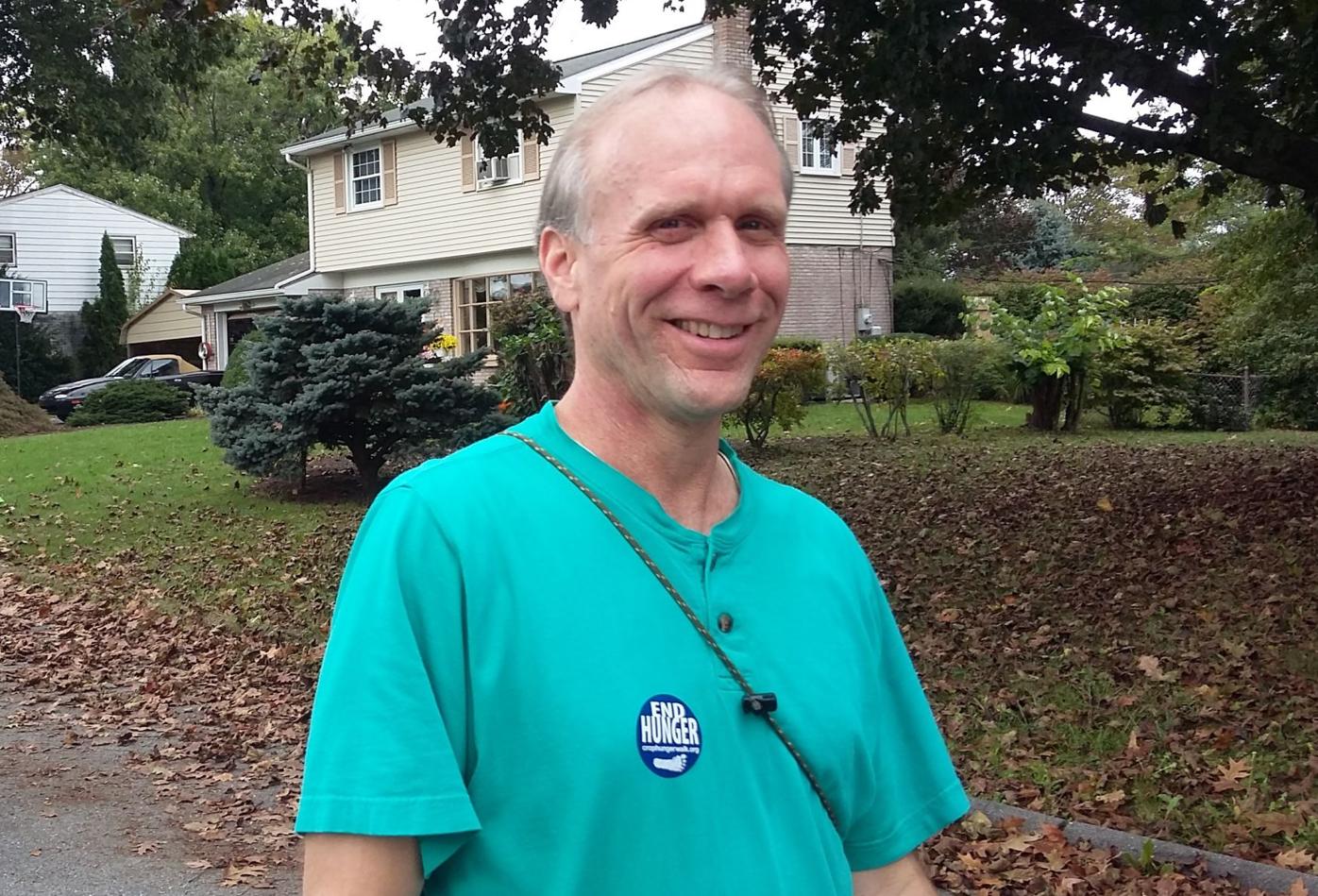 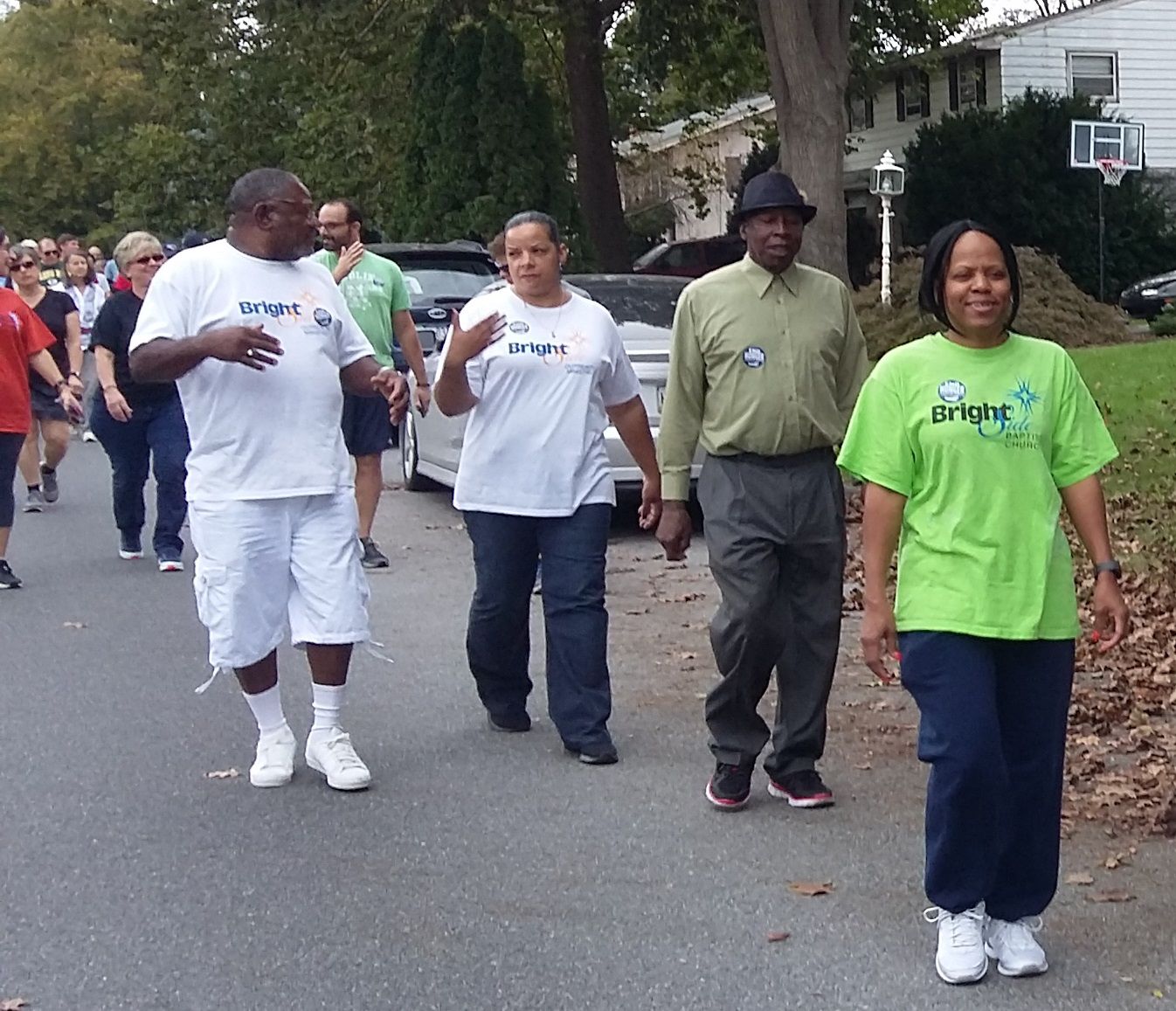 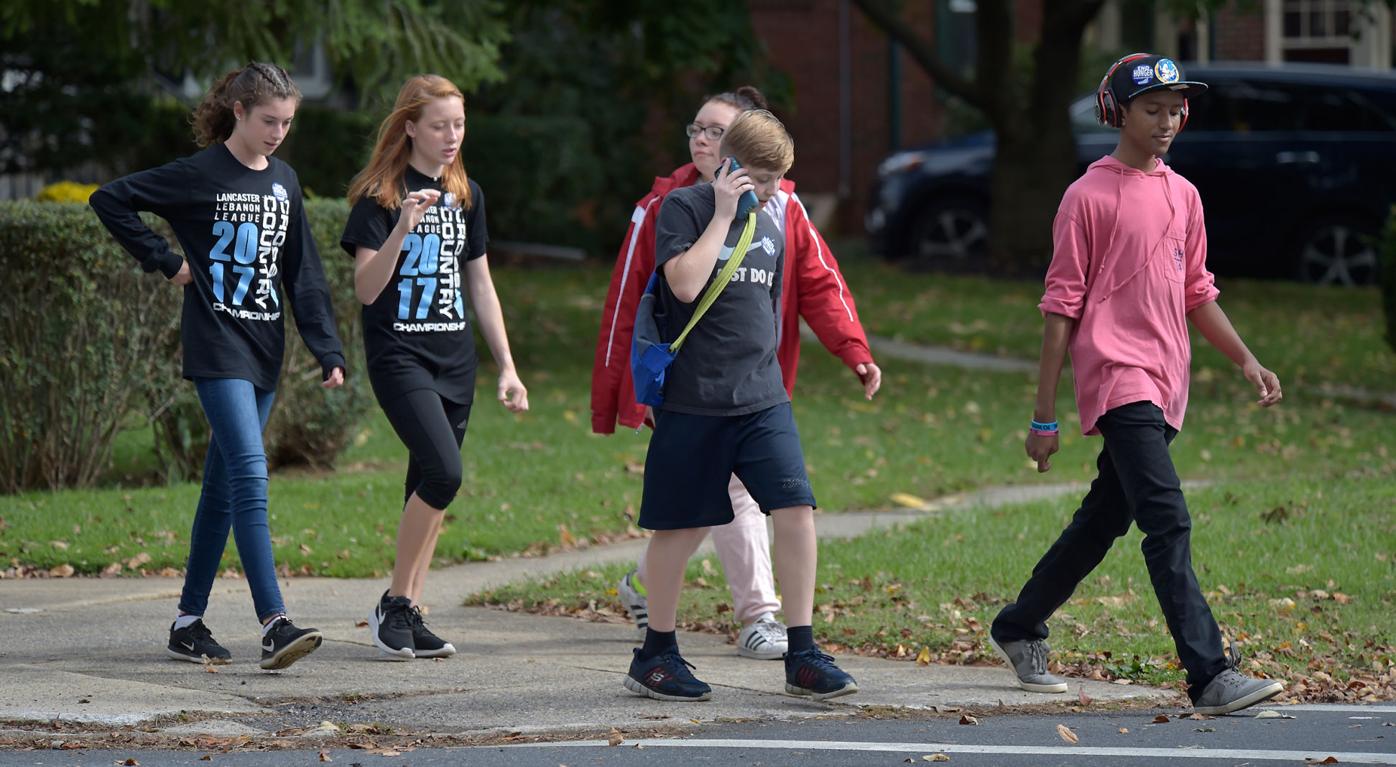 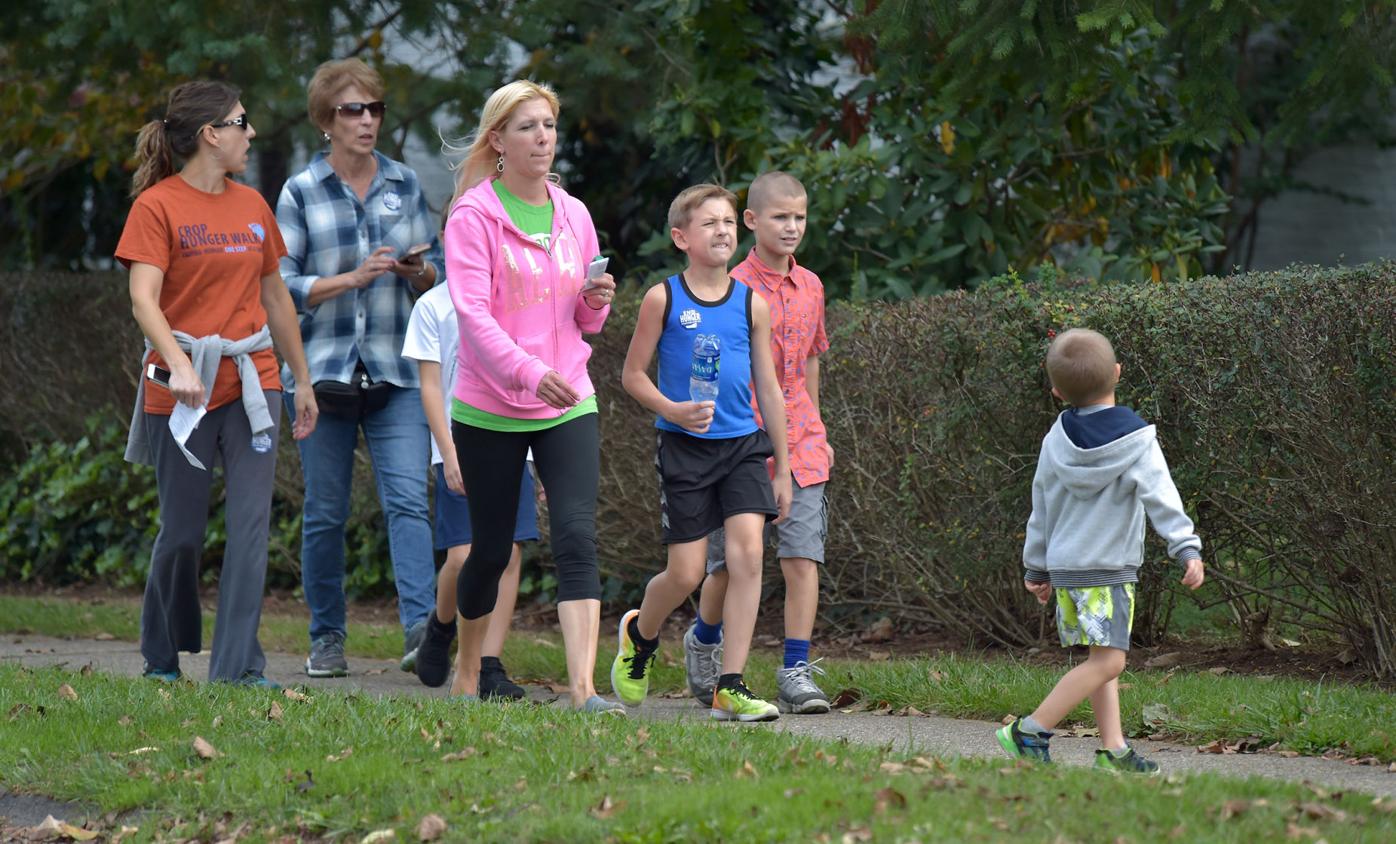 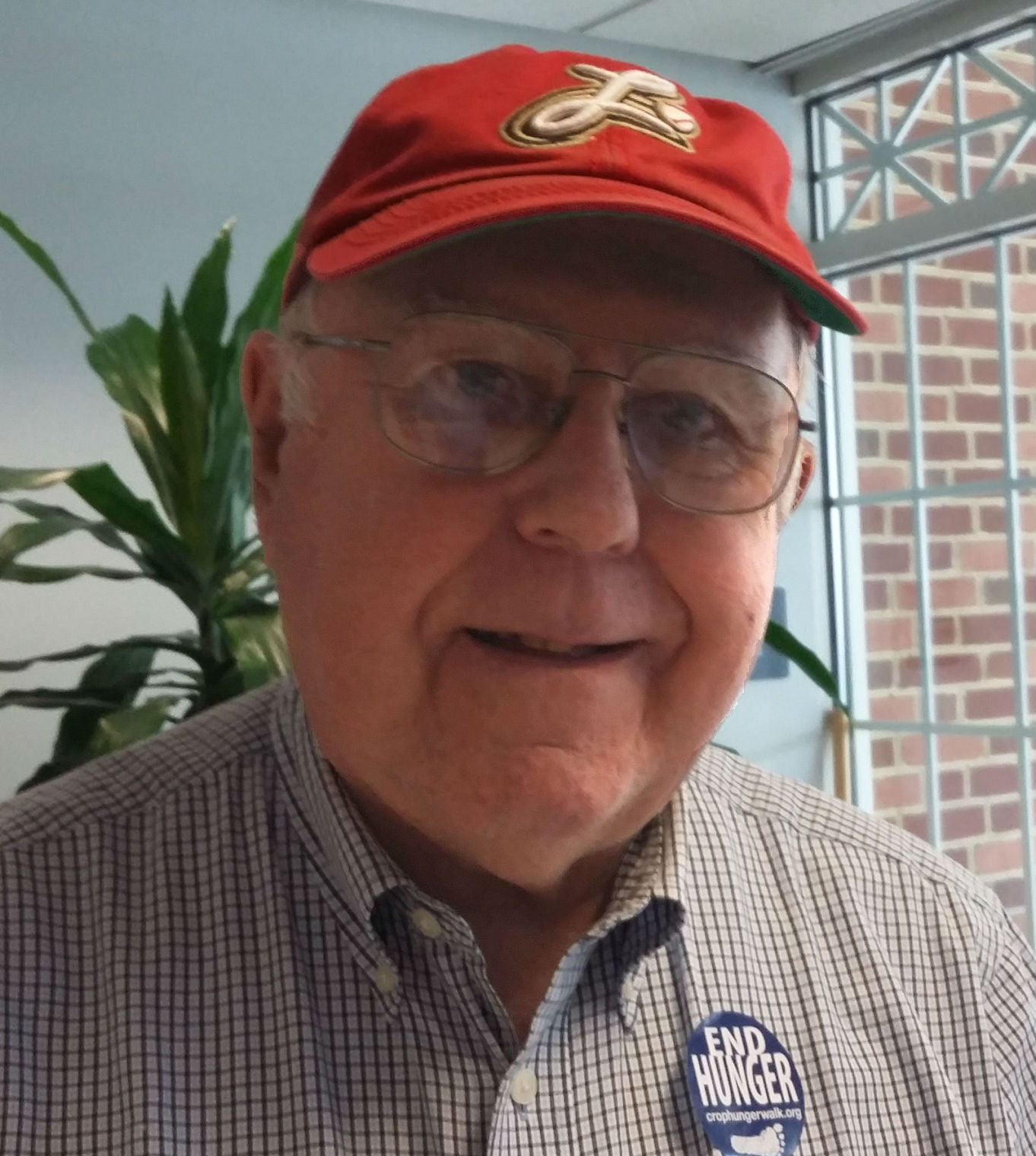 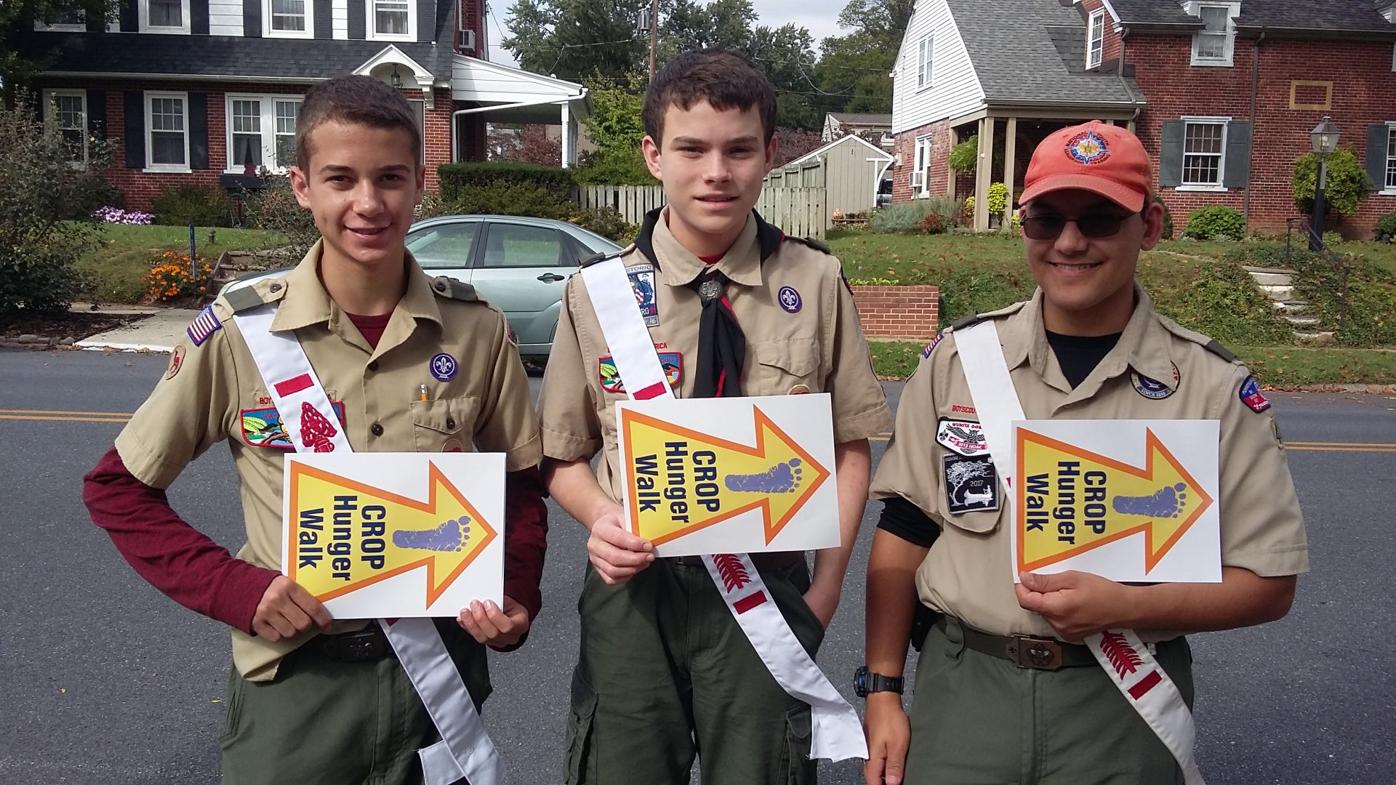 Boy Scouts Order of the Arrows members helped direct walkers. From left are Lance Rich, 15, of Leola; Tiernan Barber, 14, of Lititz; and Ryan Esterby, 17, of Lititz. 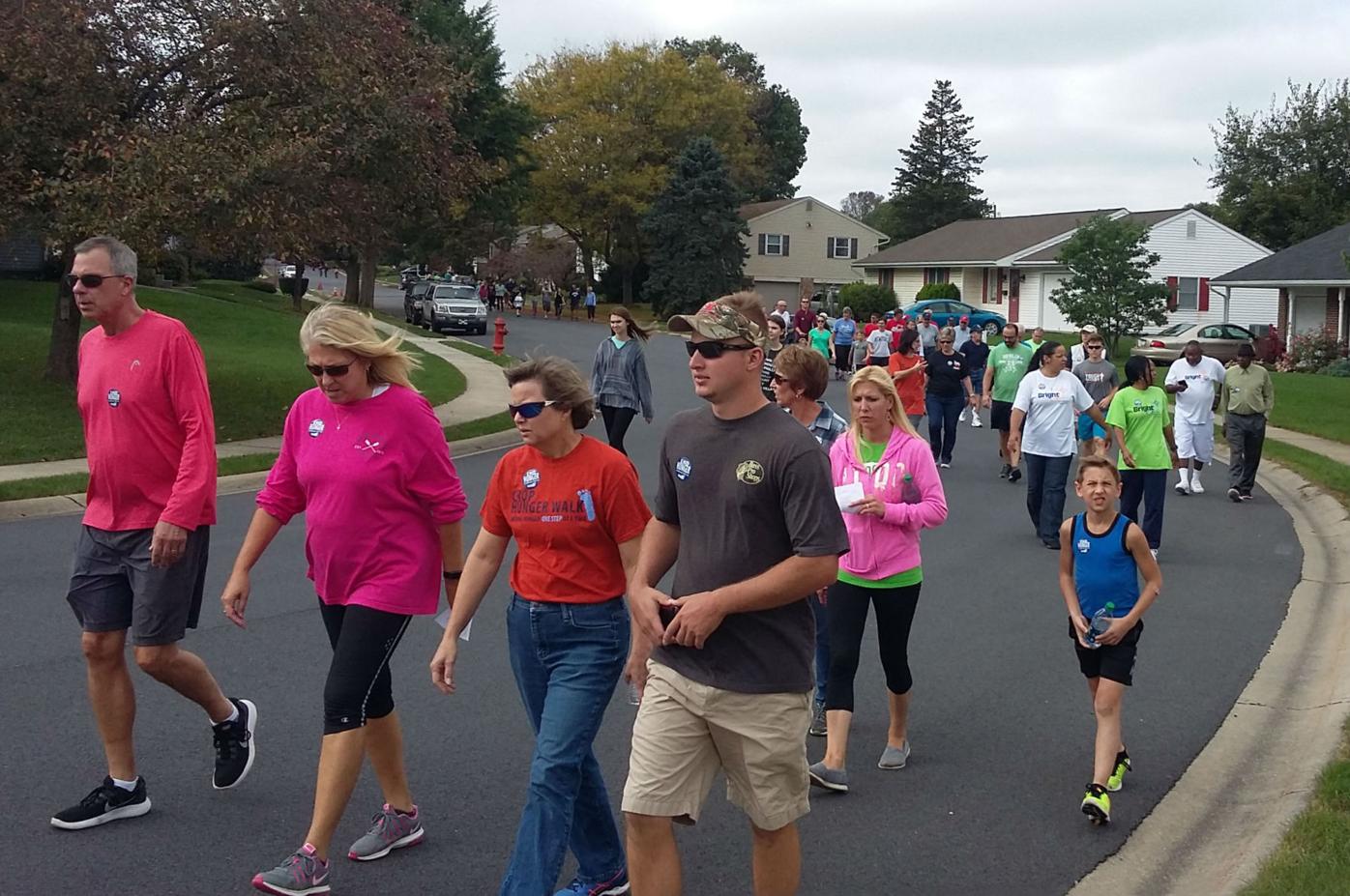 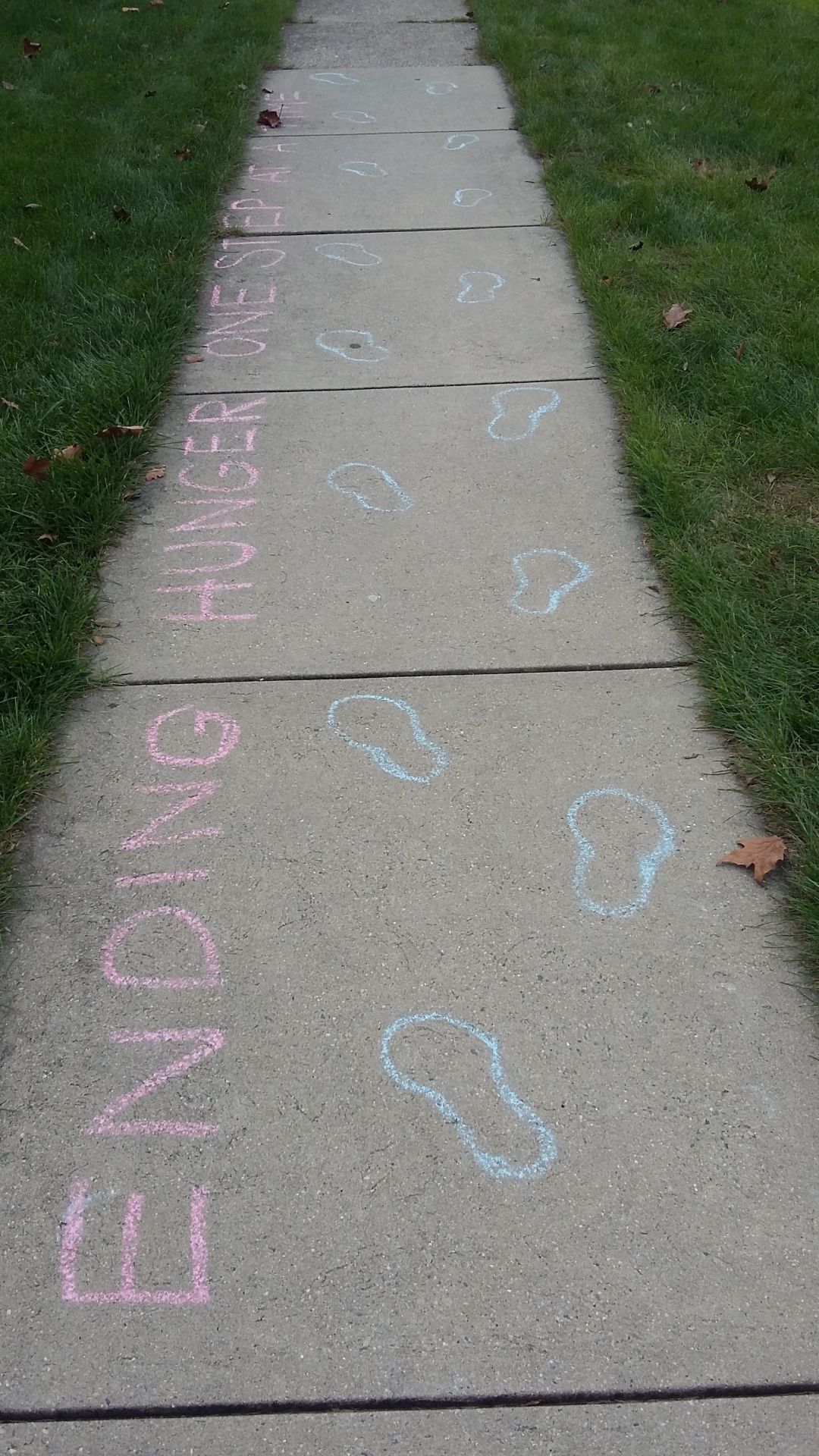 A message on the sidewalk near St. Matthew Evangelical Lutheran Church reads, "End Hunger One Step at a Time." 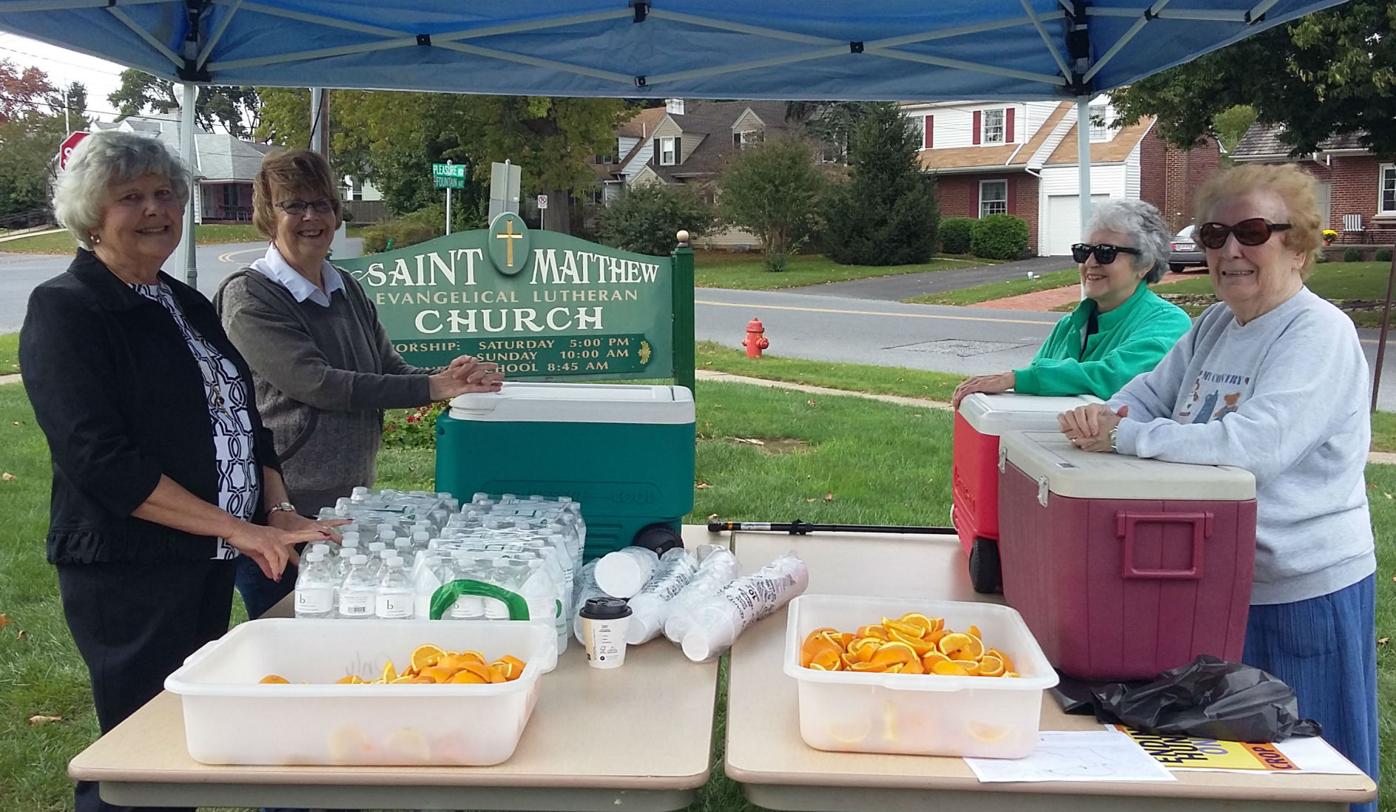 Boy Scouts Order of the Arrows members helped direct walkers. From left are Lance Rich, 15, of Leola; Tiernan Barber, 14, of Lititz; and Ryan Esterby, 17, of Lititz.

A message on the sidewalk near St. Matthew Evangelical Lutheran Church reads, "End Hunger One Step at a Time."

“It’s one of the biggest ecumenical events in the county,” co-organizer Patrick Walker of Church World Service said.

It’s both a fundraising event and a demonstration of solidarity with the world’s poor, who walk because they don’t have a choice, he said.

More than three-quarters of a billion people live on less than $1.90 a day, according to the World Bank.

“We walk because they walk,” Walker told participants before they set off from Lancaster Church of the Brethren.

The Rev. Alexander Veronis, pastor emeritus of Lancaster’s Annunciation Greek Orthodox Church, coordinated the event for decades before stepping down from the role after the 2014 walk. He told the crowd about the five weeks he and his wife spent in a remote village in Kenya, helping to build a medical clinic.

They saw starving children with distended bellies, and heard villagers moaning when someone died. When aid workers buried their garbage after meals, village children would dig it up, looking for food scraps.

Walk participant Todd Wenger said he saw extreme poverty and hunger when he served in prison ministry in West Africa under the auspices of Mennonite Central Committee.

He joined in CROP Hunger Walks with his family as a boy; on Sunday, he and his wife had two of their children and a friend’s son along.

Getting children involved is important, he said, quoting Proverbs 22:6: “Train up a child in the way he should go: and when he is old, he will not depart from it.”

The walk brings together all generations, from children to the elderly, said Robert Hunsicker, retired pastor of St. Andrew United Church of Christ.

It was the Church of the Brethren’s first year to host the event. A team of Franklin & Marshall College student volunteers took on-site registrations — all handled online this year for the first time. Volunteers from the Boy Scouts’ Order of the Arrow, appropriately enough, were stationed at turning points to serve as guides.

Deacon Jerry Everett was part of a four-person delegation from Bright Side Baptist Church. It was Bright Side’s first time to join the walk; next year, they plan to bring more people, he said.

Four other CROP walks were scheduled in Lancaster County on Sunday, and several more are to take place in coming weeks.

The Lancaster walk alone has raised more than $1.8 million over its history. Even before Sunday’s walk was done, it had generated a prelminary total of more than $13,000, and “a lot more will come in,” Walker said.