You are the owner of this article.
Edit Article Add New Article
To See
To Do
Eat & Drink
Lodging
Itineraries & Maps
Calendar
Search Articles
Search Businesses 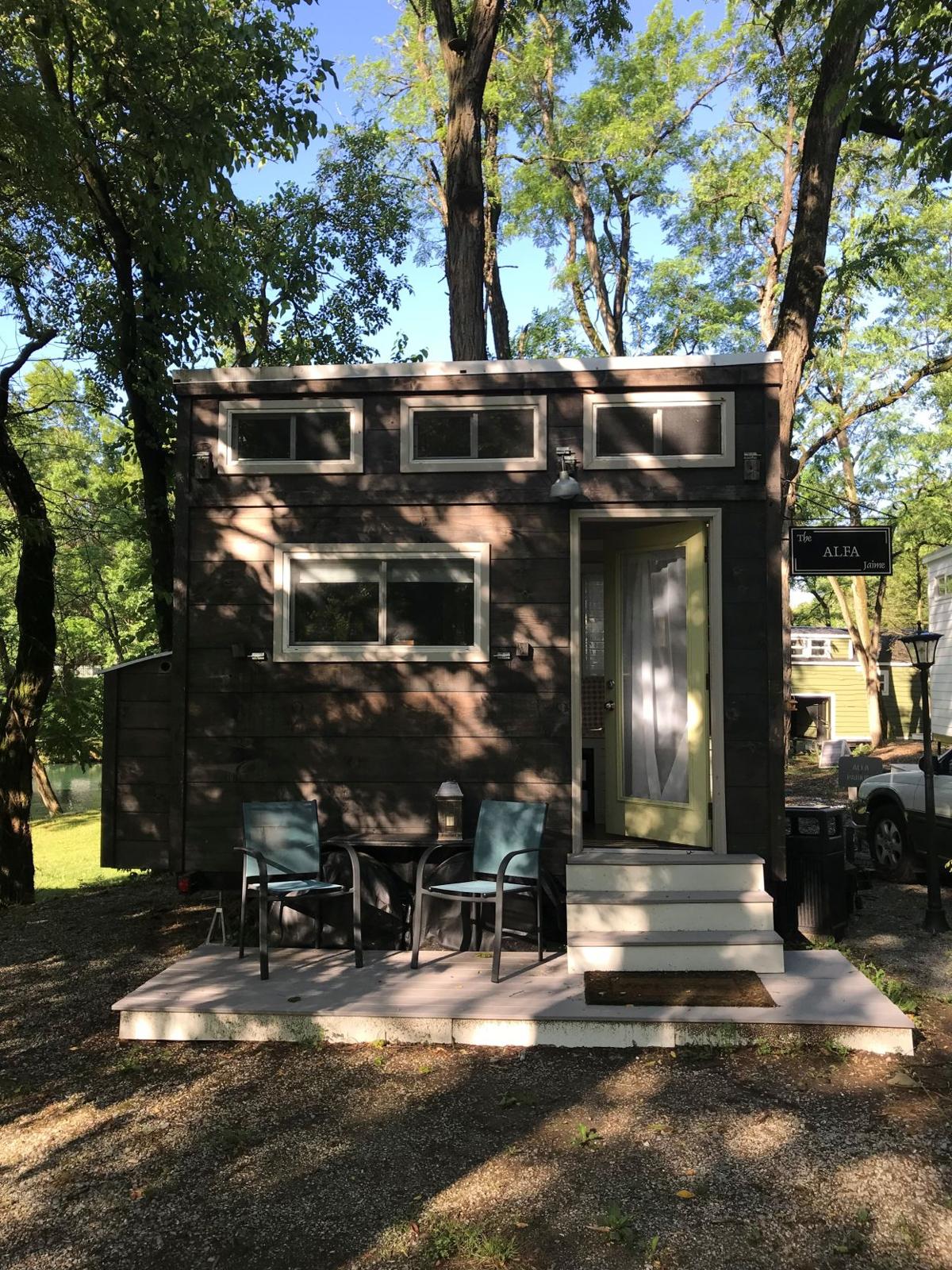 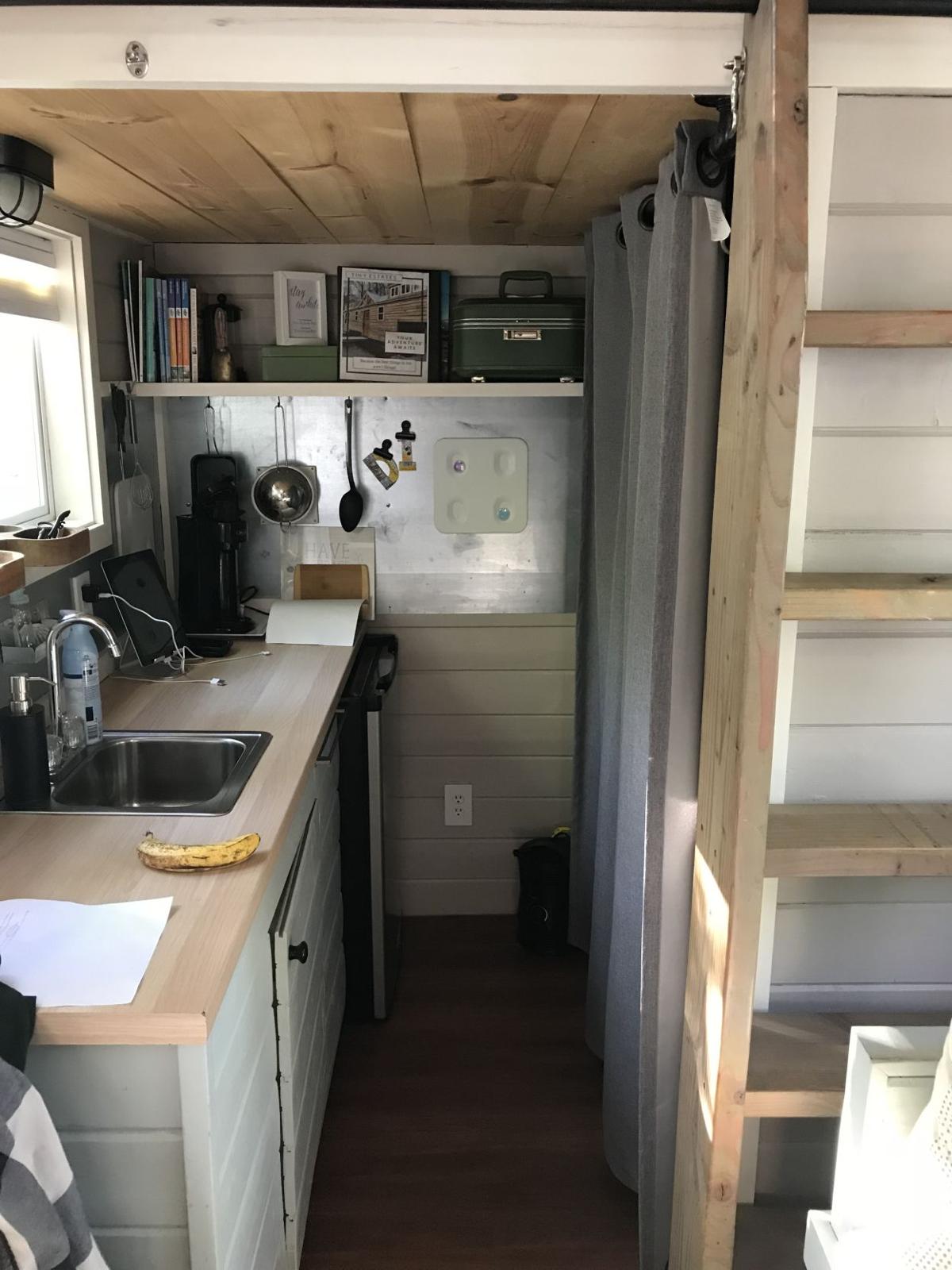 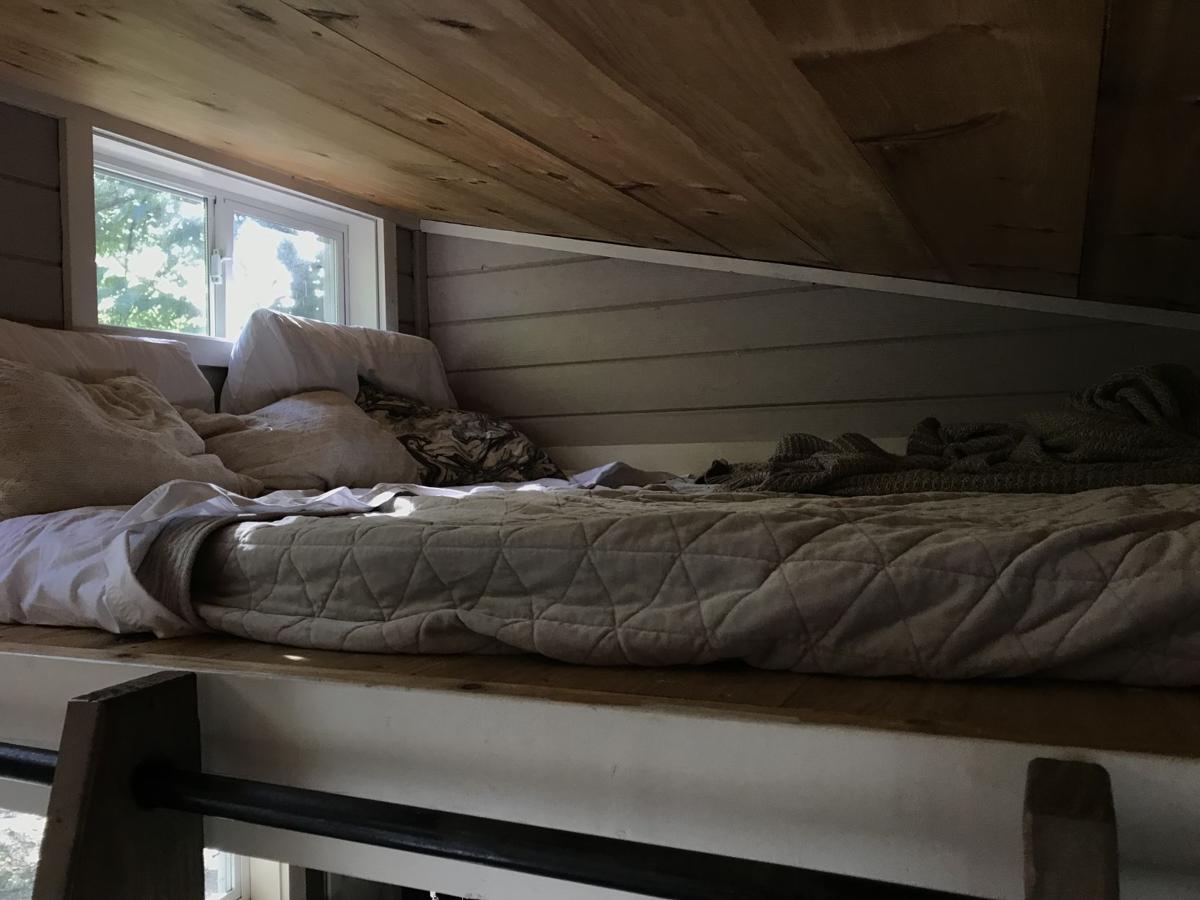 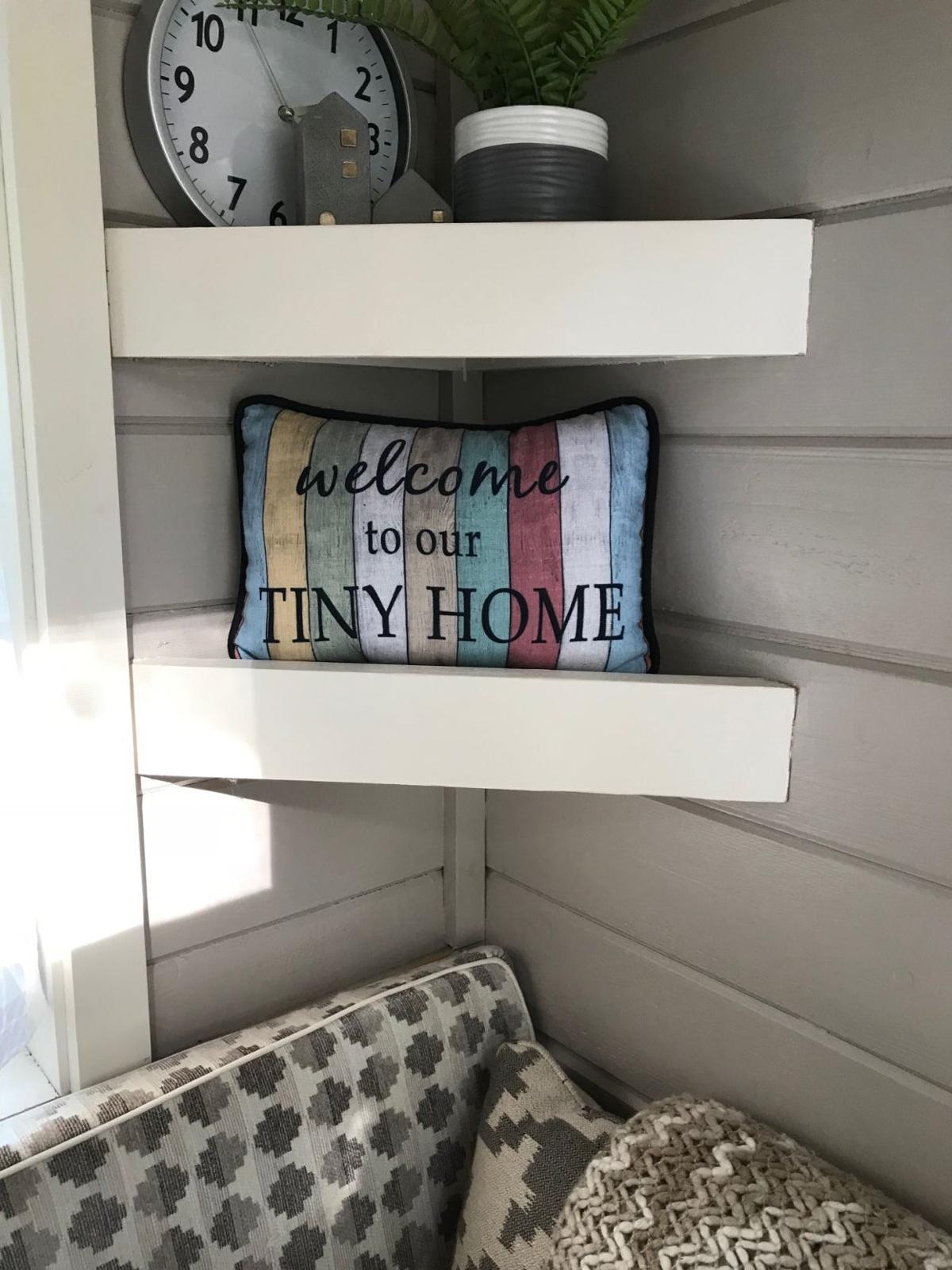 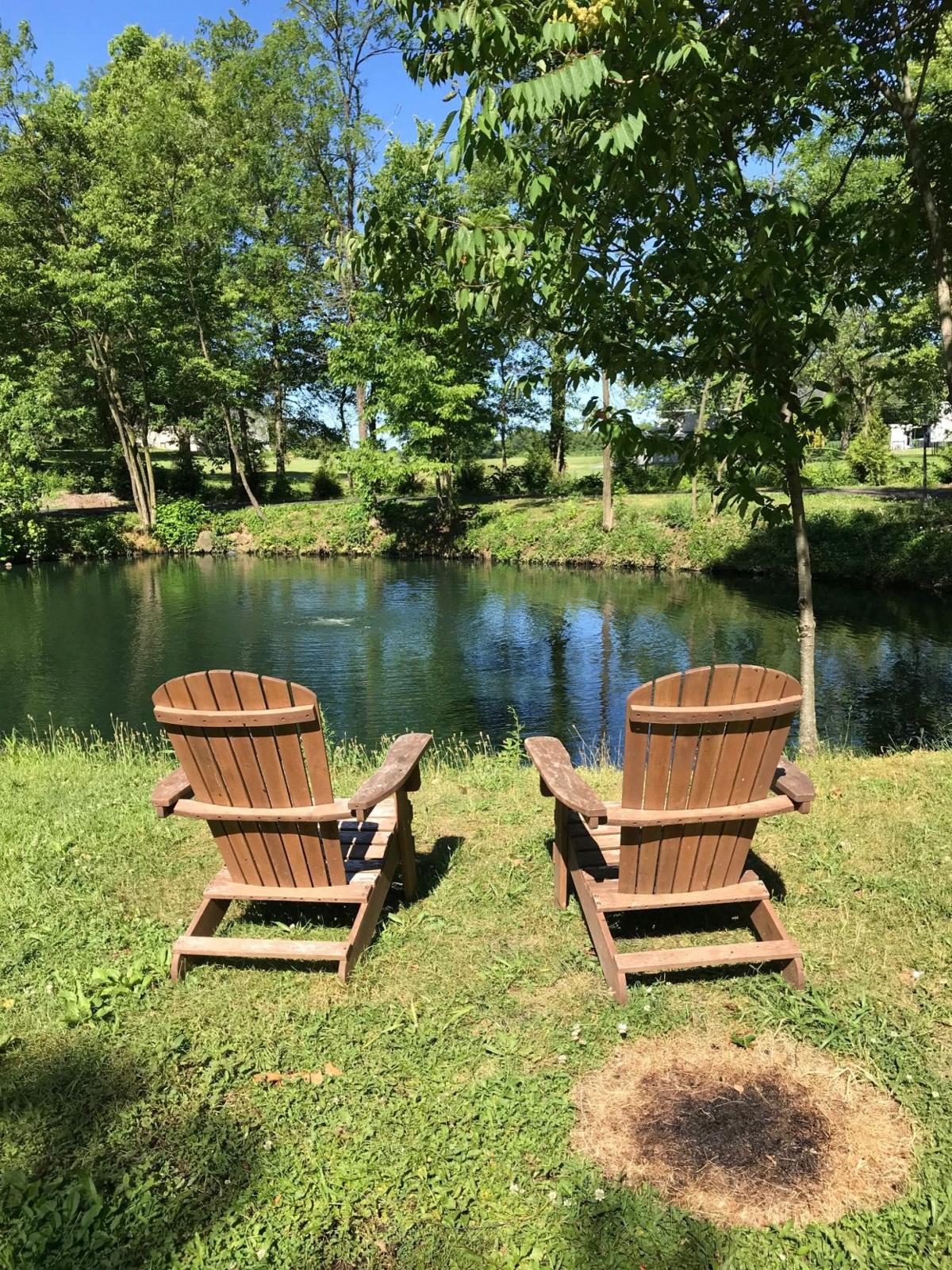 I admit, the fifth time that I hit my knee on the ceiling just inches above the loft bed, I thought, "Maybe I shouldn't have picked the tiniest tiny house."

However, surveying the scene below from the loft, I wouldn't have had it any other way.

The idea of “vacation” means different things to different people. Sometimes it’s traveling to a distant country to stay in a large villa with a companion, and sometimes it’s packing up the kids to barely travel across state lines to stay at your in-law’s guest house. And still other times, it’s driving over to Elizabethtown to spend an evening in a 140-square-foot dwelling. Vacation is a state of mind, right?

Tiny Estates was established in 2018 on the land formerly occupied by Ridge Run Campground in Elizabethtown. Primarily run by CEO Abby Hobson and her family, what started as a dozen acres of open land has become the largest tiny home community in the country.

Today, there are 36 tiny homes on the grounds with nine more projected by the end of the year, each with its own particular design and footprint, all ranging from less than 200 square feet up to 400 square feet. The space has been approved for as many as 100 homes, though Hobson has said that might get a little crowded, tiny or no.

The company was in the news late last year when it partnered with Booking.com and comedian Kevin Hart to create a Hart-sized home in conjunction with his tour. The house, which was driven into New York City at 1 a.m. to avoid traffic and the problems associated with driving a home into the largest metropolitan area in the country, is back in Elizabethtown and available to rent.

With all the hubbub, I checked out Tiny Estates’ website to see what sort of house might be most interesting to try out for the night. Sure, there are homes such as the Low Country, which, at 39 feet long, can sleep six people, but where is the fun in that? I decided that if I was going to be living small, I was going to live as small as possible. Enter “The Alfa.”

Named for the first letter of the Greek alphabet, the Alfa was initially built for an HGTV charity auction and won by a man who never ended up using it. Thus, it was moved from Tennessee to Elizabethtown, where it now sits.

At 140 square feet, the house was built on a 17-foot trailer, but its living space is only 12 feet long. For reference for the rest of this article, I am a 6-foot-tall, 185-pound human male, and about as able-bodied as a person can be without possessing much muscle to speak of.

As I first approached the Alfa, my only thought was, “My body mass is a significant percentage of the total space of this house.”

A picture can only tell so much of a story, but despite knowing the size and look beforehand, it was shocking to see just how small this place is. A “tour” of the Alfa can be accomplished in one swift, 360-degree turn, or one sentence with too many commas. There is, unbelievably, room for a couch, television, sink, (mini) fridge, toilet, shower, a queen-sized bed and a ladder with which to climb onto that bed. The immediate feel of the house is that of a builder with something to prove let loose in a Home Depot, dared to create a structure just big enough that a person wouldn’t develop claustrophobia on sight.

For the evening, I decided to bring along the things that I might normally do in my regular-sized apartment, which included a tablet, a book and my guitar. As soon as I walked in, I realized the guitar might have been a mistake – there was nowhere to put it. Not being a fan of night showers, I shrugged and decided to throw it in the shower so as to not obscure my only walkway. Early in the evening, I was surprised by a visit from my girlfriend with some snacks. Though she already knew she wouldn’t be staying – again, 140 square feet – she was aghast at the available space. Thanks to two folding chairs hung on the wall, we were able to briefly watch television, with me on a chair roughly six inches from her on the couch.

We did indeed get through roughly 45 minutes of cohabitation before she respectfully left the tiny home to return to our reasonably sized apartment.

With all of the space back under my purview, I decided to pass some time doing activities that seemed reasonable for tiny dwelling. I confirmed that the acoustics of the Alfa are pleasant enough that an enterprising singer-songwriter could hole up and record a nice-sounding album there if they wanted to, by way of some meager run-throughs of Pete Seeger’s version of “Little Boxes” and blink-182’s “All the Small Things.”

Thanks to the in-house iPad and Chromecast set-up, I watched a few of those bizarre “Tiny Kitchen” tutorials on the Tastemade Youtube channel, wherein a normal-sized human creates literal bite-sized takes on favorites such as chicken pot pie and shrimp scampi. Though I lack what some would call a “physical fitness regimen,” I found an article online offering workout tips specifically for tiny houses. Realizing that even those options were limited with my space, I did some tricep dips from the couch, with my feet almost touching the front door.

I didn’t end up using any of the non-house amenities, but a quick walk around the center lake showcased multiple spots for campfires and even an on-brand tiny pool, or what you might know as a “hot tub.”

The lake is stocked with a steady supply of fish, making it a popular fishing area for people of all sizes. By the time I was getting tired, it had started to rain, so I began the herculean exercise of getting into the Alfa loft bed, which Hobson charitably described as being “a very difficult bed to make.” Getting into the bed requires contorting your body into something resembling an old Hanna-Barbera cartoon, where you snake your body up a ladder and hunch your mid-section upwards as to not bump it on the ceiling. The effort was worth it, as the bed was comfortable and the rain hitting the ceiling inches above my head created a surprisingly relaxing atmosphere.

Would I stay in a house that tiny again? Probably not, but I’d absolutely consider a house at least double the size, or 280 square feet.

Judging by the clientele out and about on the morning I left, Tiny Estates is a family favorite, with plenty of space for kids to run around. I’d be remiss not to mention the large flock of ducks that were chilling outside my window for most of my stay, providing a smile each time I looked out. When I returned home, I couldn’t help but bust out a tape measure and see all of my possessions that wouldn’t have fit in the Alfa, which was nearly all of them. I left Tiny Estates with a better appreciation and understanding for the immensity of a single human’s footprint on the world.

And that’s no tall order.

Check out the various tiny homes that Tiny Estates has to offer here, and keep up with news here.

Goal of becoming the nation's largest tiny-house community is met in less than a year of operation.

The Munich of America: Learn about Lancaster County's brewing history

2019 concerts in Lancaster, Hershey: Here’s who is playing in spring, summer