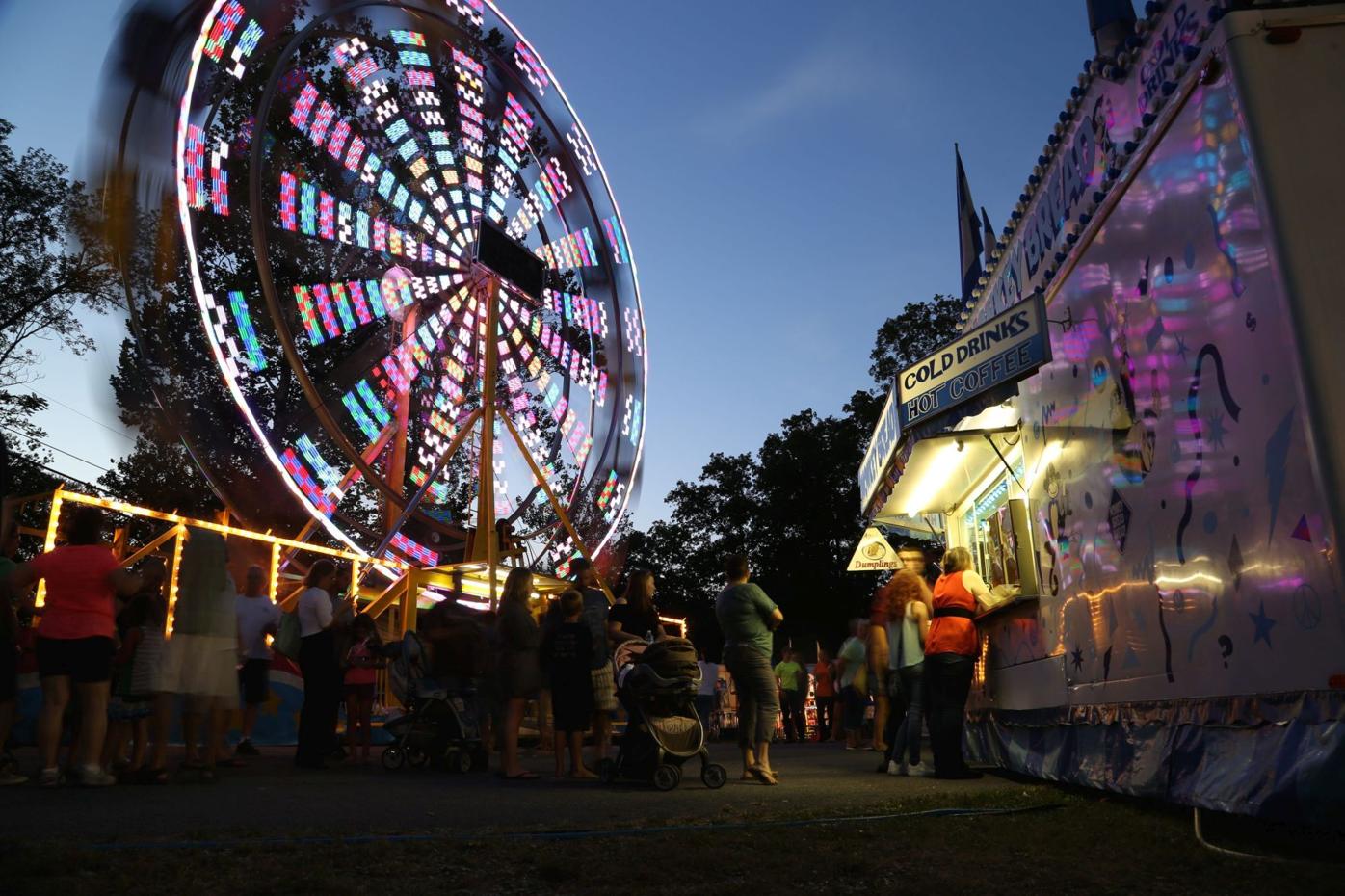 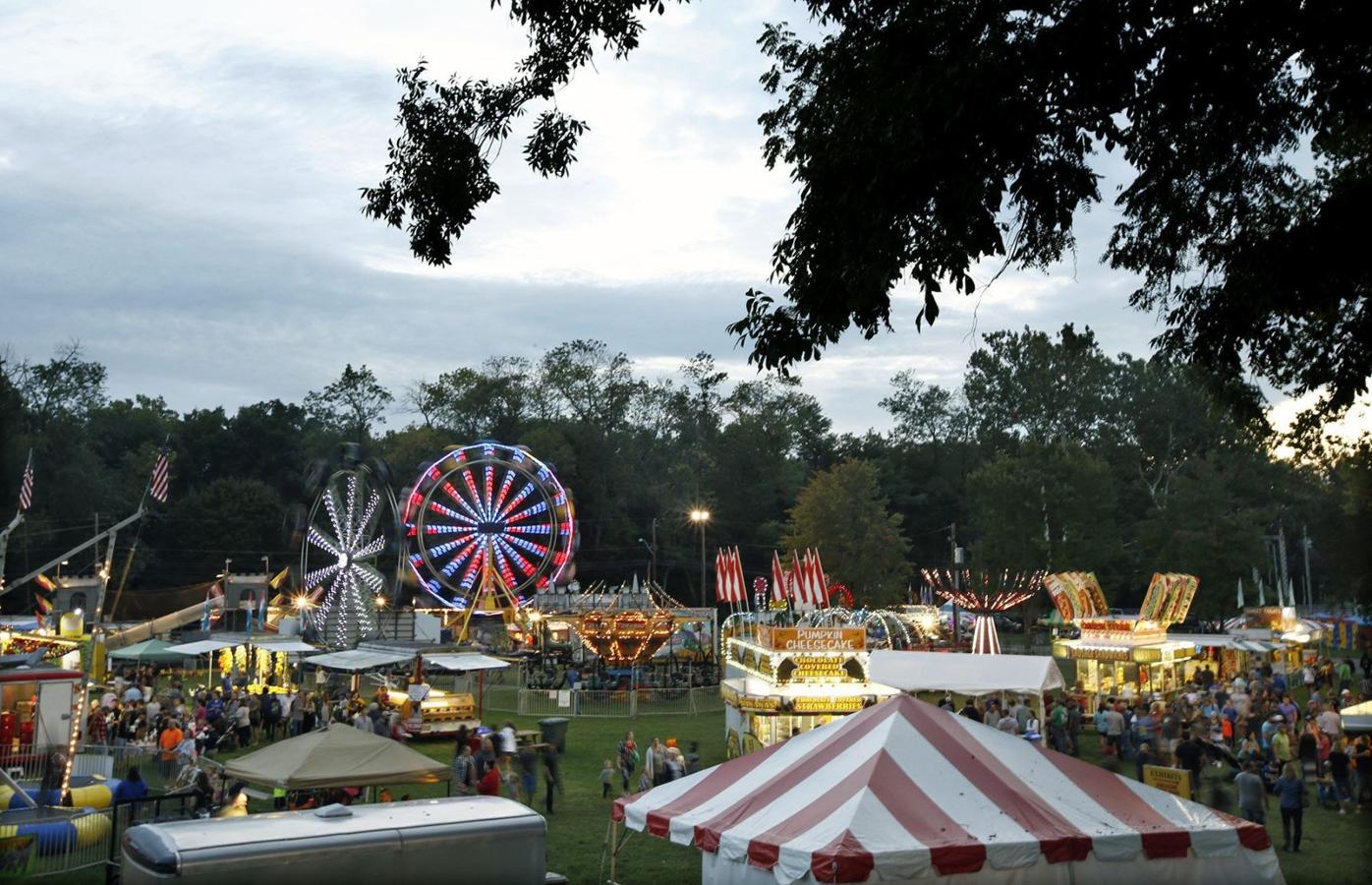 Opening night of the Denver Fair in 2017. 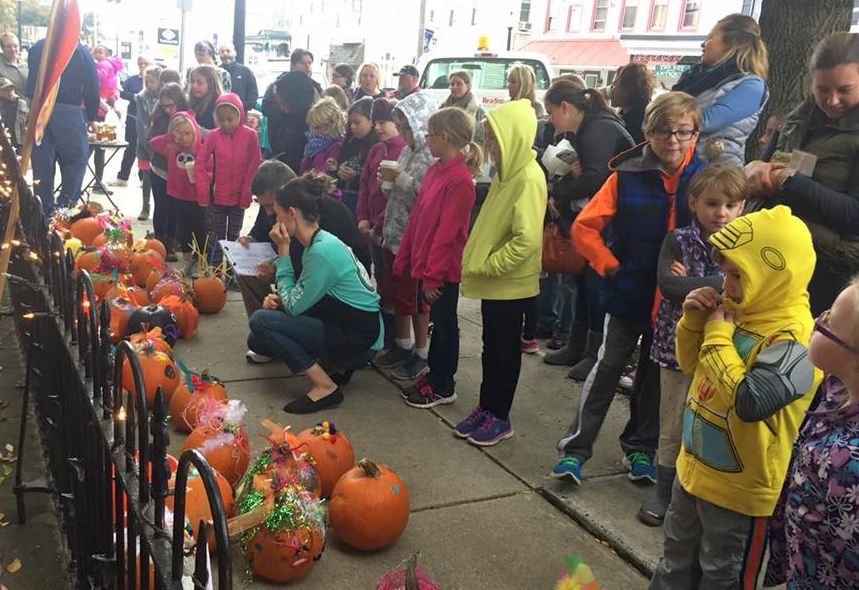 Pumpkin decorating outside The Courtyard Cafe. 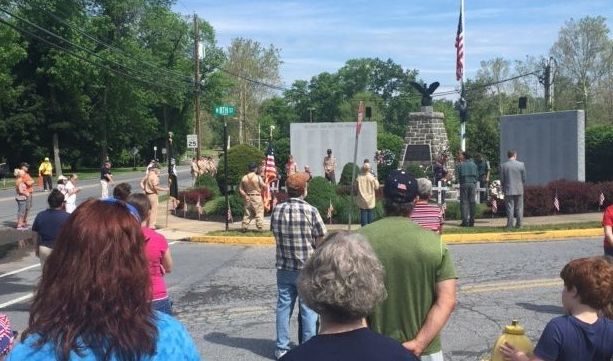 The Memorial Day Parade in Denver ends with a ceremony at the park. 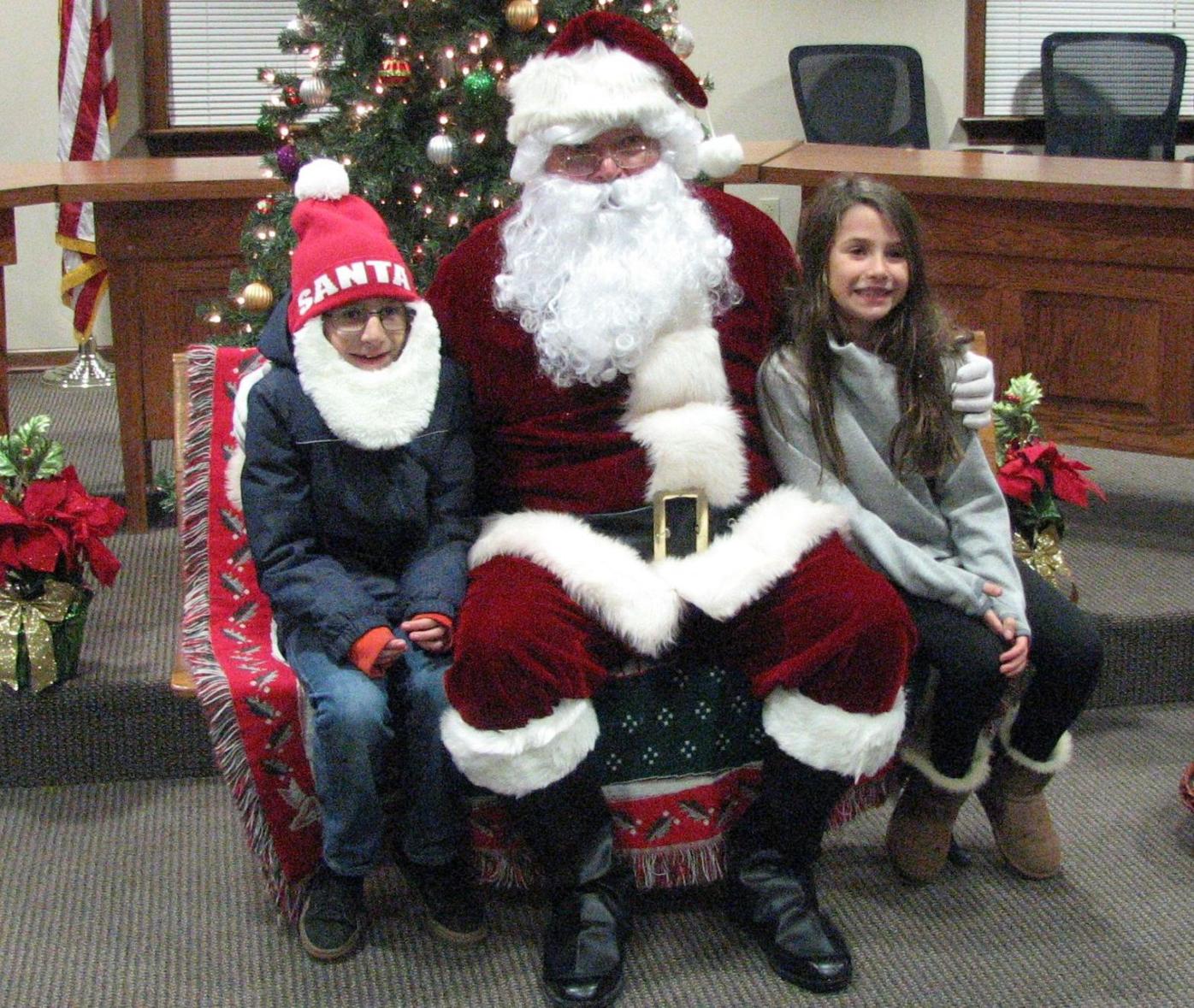 Children with Santa Claus during the 2018 tree lighting in Denver.

Held Tuesday through Saturday at Denver Memorial Park the week after Labor Day, the Denver Fair features rides, food, contests and entertainment. There are also livestock shows and auctions as well as a petting zoo, baked goods auction and canning demonstrations.

The highlight of opening night is the crowning of the Denver Fair Queen. Friday and Saturday nights feature live bands. A baby parade and a cornhole tournament as well as Jell-O and hot wing-eating contests also take place Saturday.

It attracts more than 80,000 visitors and includes around 25 amusement rides and 100 food and game concession stands.

Held the last Saturday in October, the annual Caroline Schannauer Pumpkin Painting Contest provides children in kindergarten through fifth grade a chance to win prizes for showing off their skills beautifying the autumnal gourd.

Children are given pumpkins, paint and other decorating supplies and have up to 90 minutes to decorate the gourds. Last year’s contest was judged by Mayor Rod Redcay and his daughter, Robin. The pumpkins are donated by Fruittastic, a retail fruit business at 100 Monroe St.

The contest is typically held at Courtyard Cafe, although last year it was moved to the borough hall because of rain.

The event is named for Caroline Schannauer, a Denver resident who began the contest in 2004. Schannauer, who died in 2006 when she was 41 years old, worked 23 years at Ephrata National Bank and was active in the Denver Lions Club, Denver Fire Company and the Denver Fair Committee.

The borough’s Christmas tree lighting began in 2000 when it celebrated its centennial. The event, which is sponsored by the borough, is held the first Sunday in December.

The tree in front of borough hall is lit during the free event, which last year included visits from Miss Denver Fair, Santa Claus and a fire truck.

Instead of a neighborhood-wide yard sale held in some areas, Denver has a borough-wide sale that turns the town’s residents into merchants for the day.

All homes in Denver can participate during the event for which the borough waives the requirement for a yard sale permit. The sale takes place the first Saturday after Labor Day.

The Lions Club collects donations during the event, which are used to benefit its programs. The club holds numerous other events throughout the year, including a Halloween parade, Christmas party and homemade sauerkraut sale.

This year’s annual Memorial Day parade will begin at 9 a.m. at the Denver Fire Company at North Fourth and Locust streets. The Centerport Band will lead the march with any other groups invited to follow along. The parade will stop at Fairview Cemetery for a short service that will include a hymn and a floral tribute by the Orioles Woman’s Club.

The procession will then move to the Denver War Memorial for the “Roll of Honor” and “Salute the Dead” with the rifle squad of the Reinholds Veteran of Foreign Wars Honor Guard. Representatives from the Boy Scouts Venture Crew and the Denver Cub Scouts will also place a cross for each Denver veteran who died serving their country.

The event is coordinated by the Denver Park Association.

Tens of thousands of motorists drive through Denver borough every day on the Pennsylvania Turnpike without seeing anything of the town.