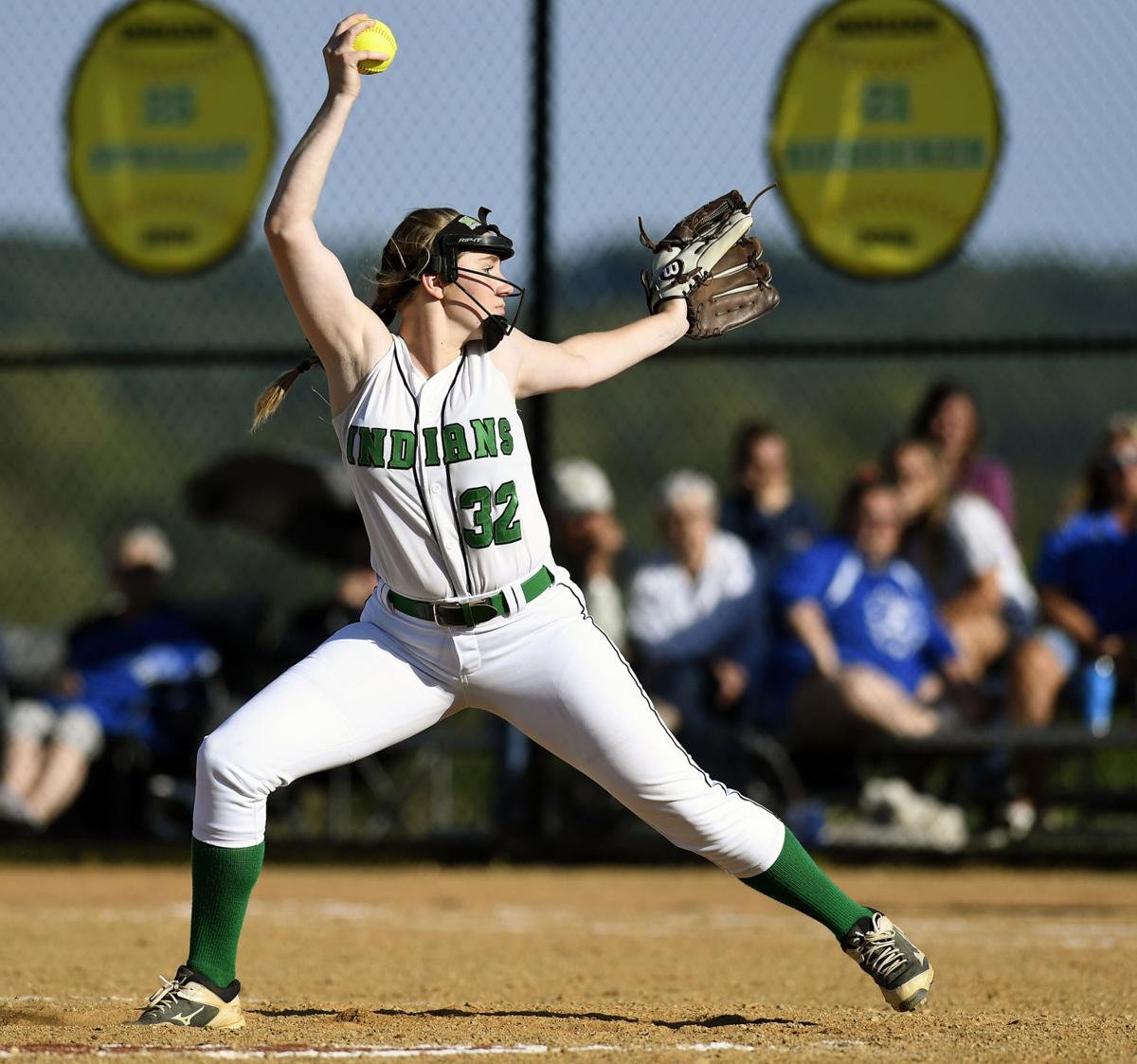 Donegal's Sierra Neiss (32) fires one acroos the plate against Elizabethtown during seventh inning action of a District 3 5A softball playoff opener at Donegal Junior High School Tuesday May 21, 2019. 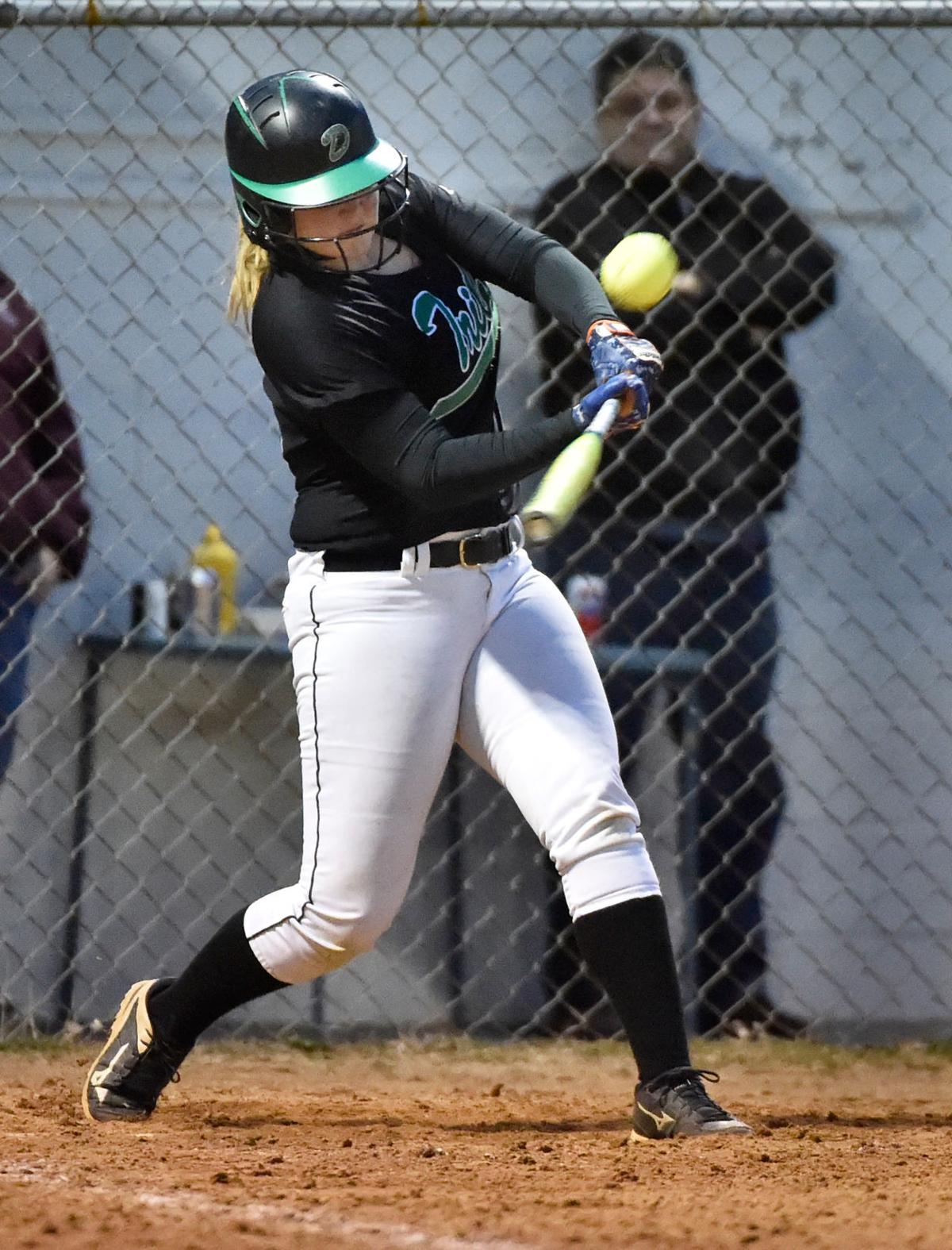 Donegal's Steph Reider takes a cut at the ball that was caught by Manheim Central's Reagan Rohrer in centerfield in the second inning on Friday, April 6, 2018. 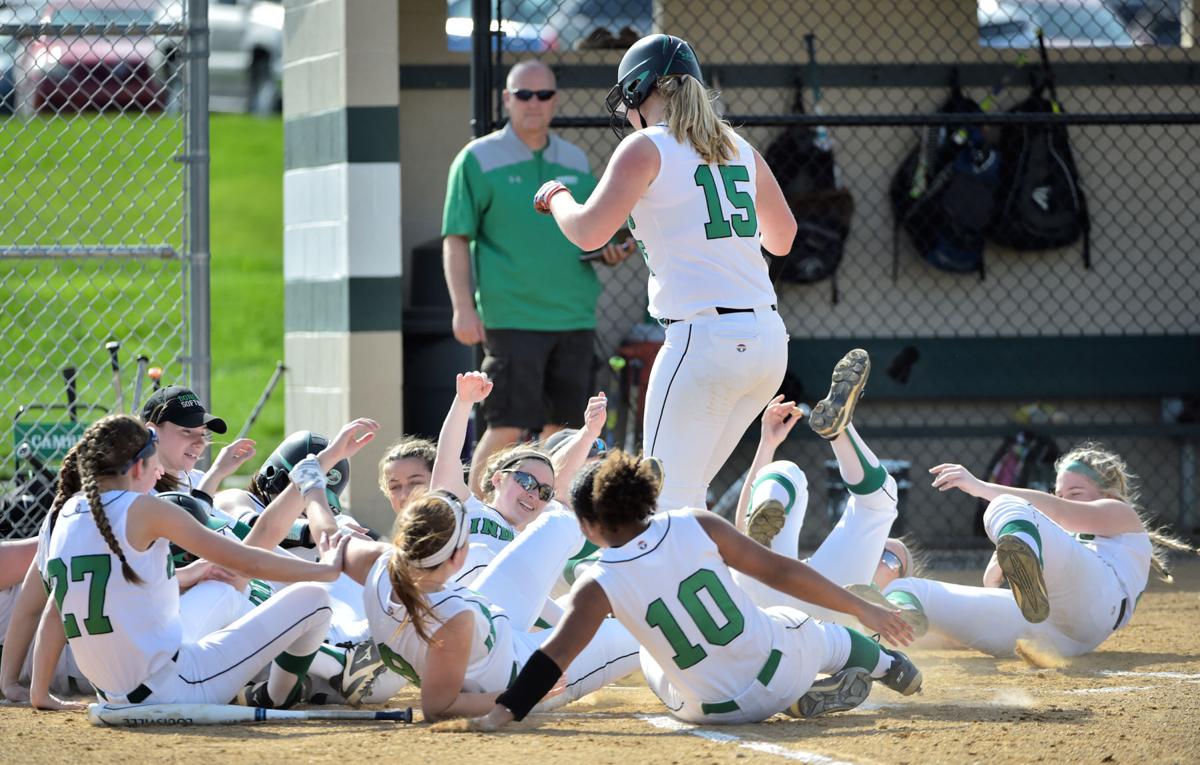 Donegal's teammates welcome Steph Reider home (15) after a homerun in the second inning against Manheim Central on Wednesday, May 2, 2018.

Donegal's Sierra Neiss (32) fires one acroos the plate against Elizabethtown during seventh inning action of a District 3 5A softball playoff opener at Donegal Junior High School Tuesday May 21, 2019.

Donegal's Steph Reider takes a cut at the ball that was caught by Manheim Central's Reagan Rohrer in centerfield in the second inning on Friday, April 6, 2018.

Donegal's teammates welcome Steph Reider home (15) after a homerun in the second inning against Manheim Central on Wednesday, May 2, 2018.

The last time Donegal’s softball team was on the diamond was June 11, 2019 at Mount Aloysius College in Cresson.

The Indians were taking on Penn-Trafford in a PIAA Class 5A state semifinal clash, and Donegal had a lead in the late innings. Alas, P-T rallied for a 5-4 victory, sending the Indians into the offseason just two agonizing runs shy of punching their tickets to the state finals.

“We were so close to winning that game — and I know everyone gave it their all that day — but it was still a loss,” Donegal senior Sierra Neiss said. “It made us come back this year really pushing ourselves to be better. We all look forward to our senior year, so the fact that we didn’t get to fulfill any of our goals really hurts.”

This season was shelved before it even started on April 9, when the governor closed schools and the PIAA canceled the spring sports season because of the COVID-19 pandemic.

Diamonds, tracks, fields, stadiums and gyms are empty this spring.

Last spring, Neiss dominating in the pitching circle and at the plate; she went 22-3 with a minuscule 1.49 ERA, with 249 strikeouts in 150 innings pitched. The fire-baller righty hurled seven shutouts and allowed just one home run the entire season. At the plate, Neiss hit .452 with nine doubles and three homers, and she drove in 30 runs.

Reider, a middle-of-the-lineup slugger, had a whopper of a season at the plate in 2019; she hit .513  — 41 for 80 — with six doubles, two triples and nine homers, and she knocked in 48 runs. Reider was ultra clutch, coming up with key hit after key hit for the Indians, including a 2-run homer in the state semifinals against Penn-Trafford.

Reider will play for Penn State-Harrisburg the next two years.

“Pretty amazing,” said Reider, a first baseman who finished her career with 10 homers, just three shy of setting a program record. “And I knew we had a lot in us this year. So this whole thing is disappointing and sad. We knew we were going to have another good season, so this is a real shame.”

Expectations, as usual, were high for coach Wayne Emenheiser’s club for 2020. Neiss and Reider were back to lead the charge, along with vets like Emma Miller, Madeline Gohn, Paige Miller and Aysha Gibbs. The Indians certainly had a solid nucleus, with plenty of motivation after missing the state finals by an eyelash last spring.

But then the coronavirus hit.

“We didn’t see this coming, and we weren’t prepared for anything like this,” said Neiss, who finished her career with 50 wins and 501 strikeouts, just 24 punch-outs shy of setting the program record.

“I definitely miss playing softball,” Neiss said. “But there really isn’t anything we can do about it now. You can only do the best with what we’ve got.”

What Donegal is left with, unfortunately, is a lot of unanswered questions.

“We wanted to do better and accomplish more than last year,” said Neiss, who earned a scholarship to play softball at Indiana University of Pennsylvania.

“We were definitely pushing ourselves more and we were determined to reach that point again,” Neiss continued. “Our team goal was about determination. That was my biggest thing — being determined to go further than last year, and just keeping our family tight and making sure we played for everybody, not ourselves.”

For Donegal's swimmers, a season cut short at most inopportune time

He may currently be stuck at home, with no live classrooms in school, and no spring drills outside on the football field with his teammates, b…