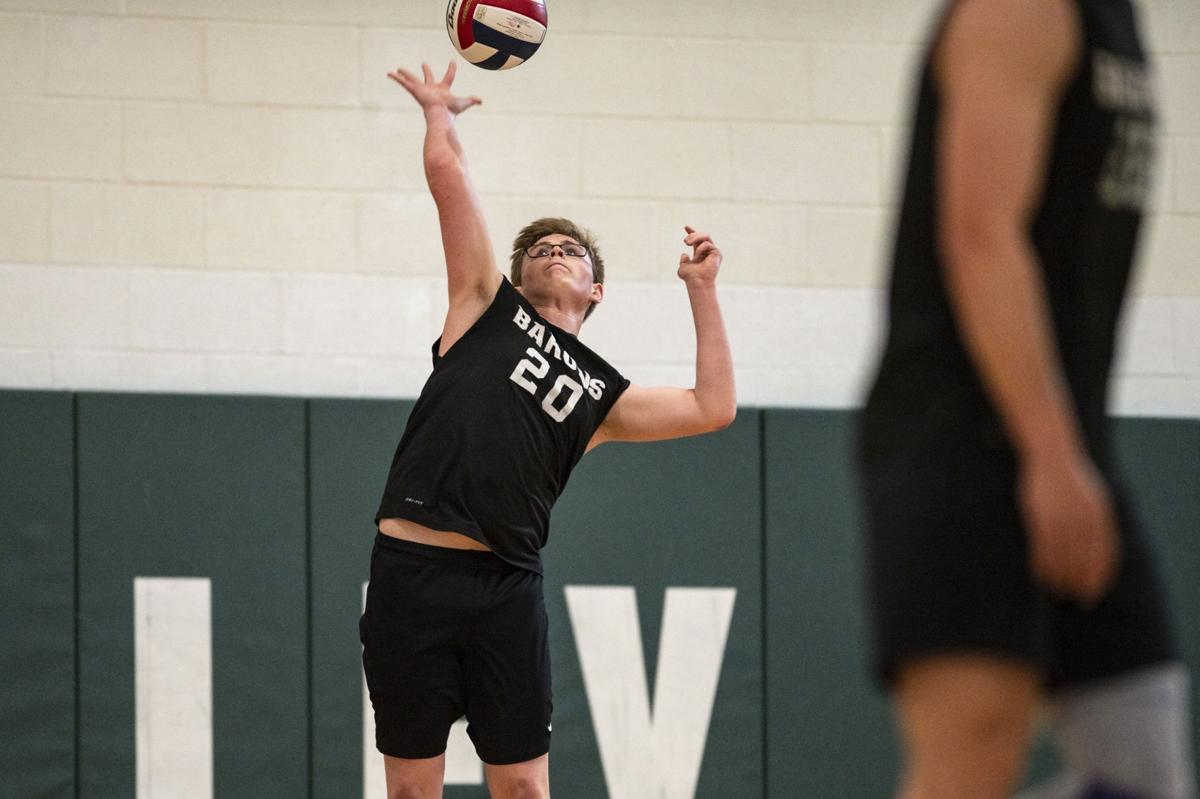 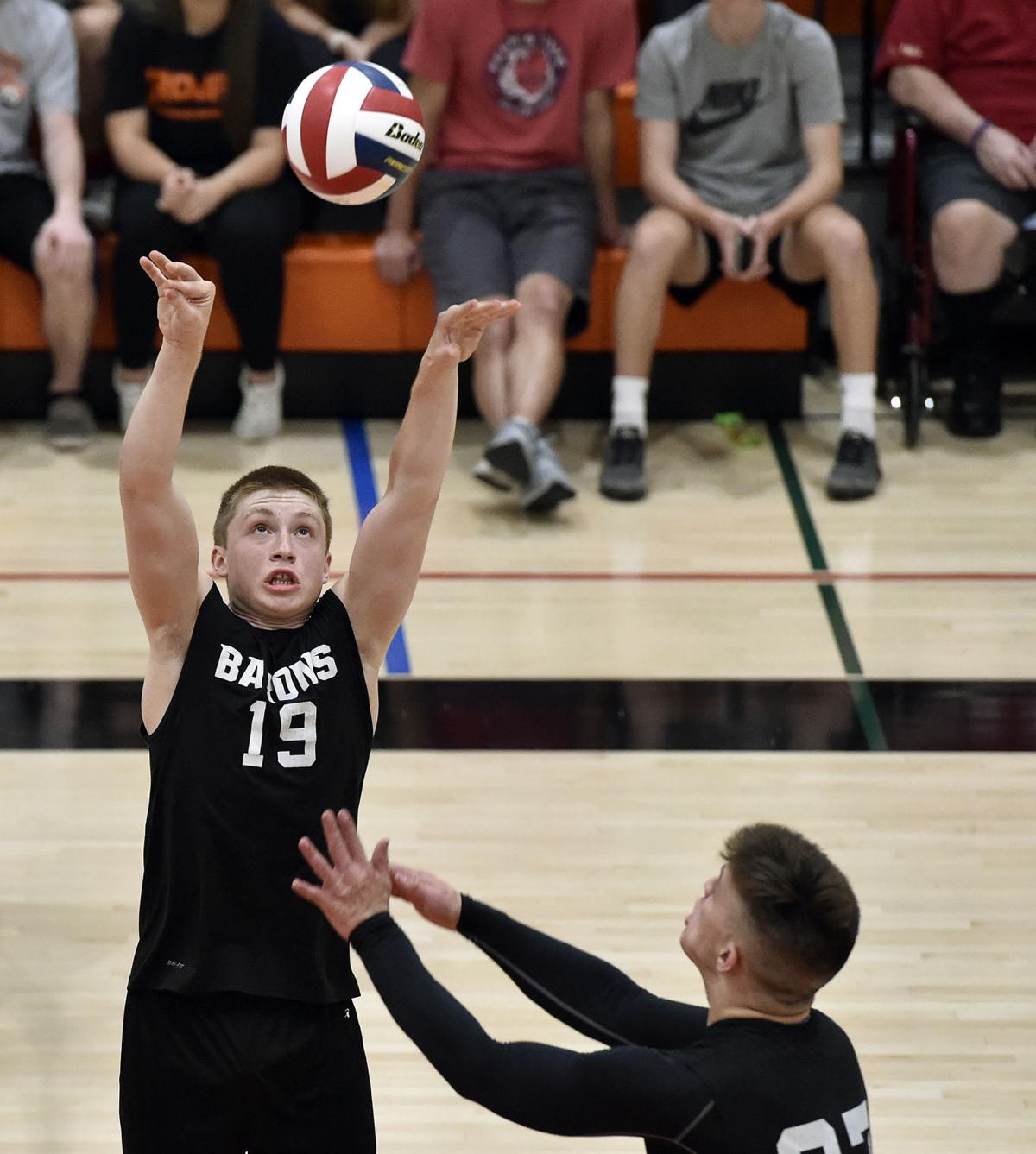 Manheim Central's Jeremiah Zimmerman (19) sets the ball up for Ben Wolford (27) against York Suburban during game one of the District 3 2A boys volleyball championships at Central York High School Friday May 24, 2019.

Manheim Central's Jeremiah Zimmerman (19) sets the ball up for Ben Wolford (27) against York Suburban during game one of the District 3 2A boys volleyball championships at Central York High School Friday May 24, 2019.

It has been an incredible four-year window for Manheim Central’s boys volleyball program.

In 2016, the Barons reached the District Three Class 2A quarterfinals to get the ball rolling, and that was only the tip of the iceberg.

In 2018, the Barons made a repeat trip to the league and district finals, and went all the way to the PIAA championship match, falling to district rival Northeastern in the title clash.

After that glorious ride, three key hitters graduated: Brandyn Musser, Ben Wolford and Mason Nissley, the program’s all-time kills leader and two-time section MVP. All of them all-stars and team leaders who helped the Barons continue to raise the bar.

“I only had to say it once to them,” Dietrich said. “Nissley, Musser and Wolford are not walking through that door. You can’t replace guys like that.”

Enter two new team leaders: Darien Colburn, a senior hitter, and Jeremiah Zimmerman, a junior setter. They are the only two returning starters due back in Dietrich’s rotation, and the duo were league and district all-star and all-state selections last spring, so they know their way around a court.

“The bar is set really high here,” said Colburn, who plans to play volleyball for Lancaster Bible College next year. “Now we need to keep it going. We have to keep the same mentality going. Nobody is going to feel sad for us because we lost all of those guys.”

The entire spring sports season is currently on hold. On Monday, Gov. Tom Wolf declared all schools closed indefinitely because of coronavirus concerns. And as yet, the PIAA has made no determination on the fate of the current school year’s remaining sports calendar.

So Colburn and Zimmerman have been coping with the unforeseen layoff, and trying to stay active at home. Colburn plays basketball in the driveway. Zimmerman hits a volleyball around in his backyard with his brother. They both try to get outside and jog to break up the monotony.

Colburn and Zimmerman try and stay in touch with their teammates, as the Barons hope to get the next era of their program started at some point this spring, even as the PIAA left scholastic sports on hold after a meeting Monday.

Colburn is anxious to share the front row with key newcomers like Blake Wagner and Logan Whitehouse, and Zimmerman, as the team’s setter, is excited to get on the same page with the new swingers up front.

“Jeremiah was getting comfortable and confident with the new guys,” Dietrich said. “And Darien was really settled in. He doesn’t cut corners and he’s really embraced a leadership role. Jeremiah, too. They hold everyone accountable.”

“It took a little while for everyone to realize that (last year’s seniors) are gone,” Dietrich added. “But I thought we had a really nice offseason. Everyone learned so much from that last group, so they really embraced the offseason and were like, 'Hey, let’s do what they did and continue to be successful.'

“So right now I feel bad for the kids because they were working so hard, and they were ready to put their stamp on the program. They want to keep things going at this high level.”

Knowing full well that should the season resume, Central will get everyone’s A-game moving forward after an amazing four-year ride.

“If we do get to come back and play,” Dietrich said, “we will take everyone’s best punch, I’m quite sure.”

With Colburn and Zimmerman back to direct traffic and show the way, Central is hoping to remain on its perch if the green light is given to resume the season.

“This whole thing will certainly make us play better, and we know that everyone really, really wants to beat us,” Zimmerman said. “We trust our coaches and we trust each other, and we all took a lot of great advice from the older players who came through before us. It’s our job now, and I’m excited to be a leader. I’m excited to help the team and share some wisdom with the newer guys.”

This was going to be a retooling season of sorts for Warwick’s boys volleyball team.

It is no secret: There is a shortage of referees around the state, in pretty much every PIAA-mandated sport. And nobody can say for sure what …