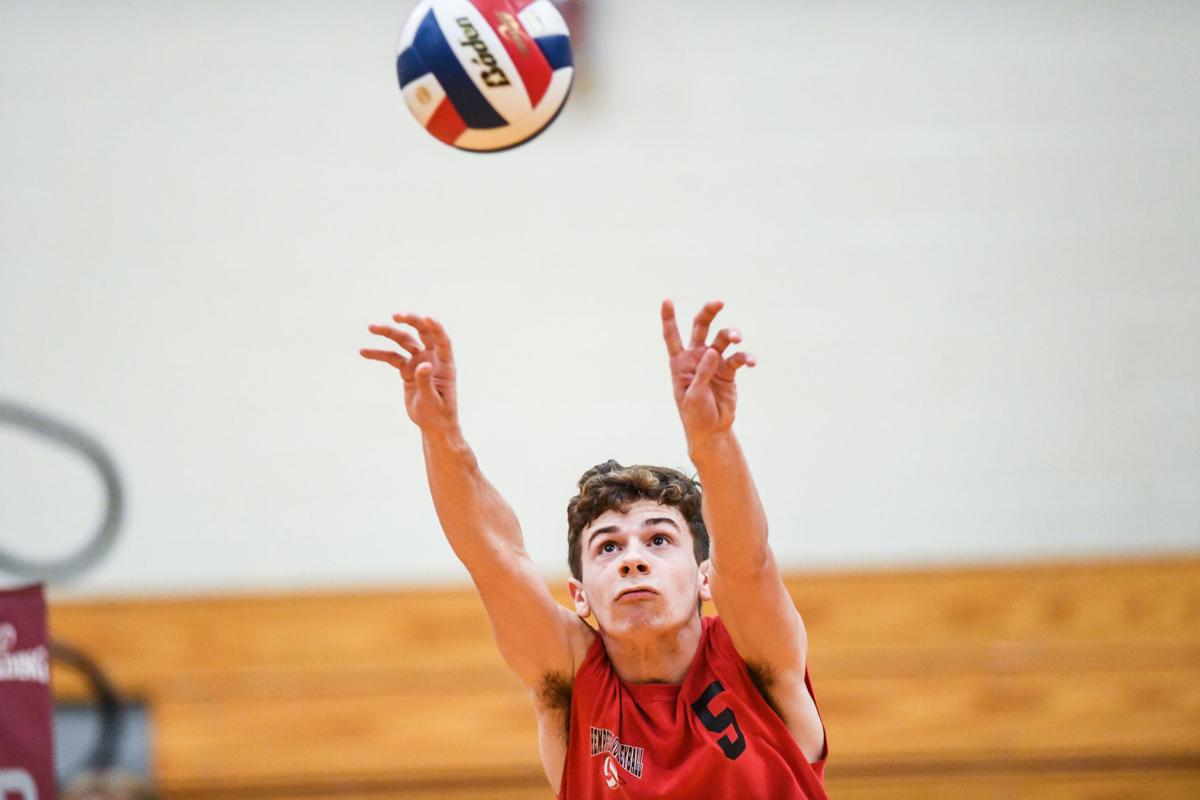 Colson Hunt of Hempfield sets the ball against Hempfield in L-L League boys volleyball semifinal action at Manheim Central High School in Manheim on Monday, May 13, 2019. 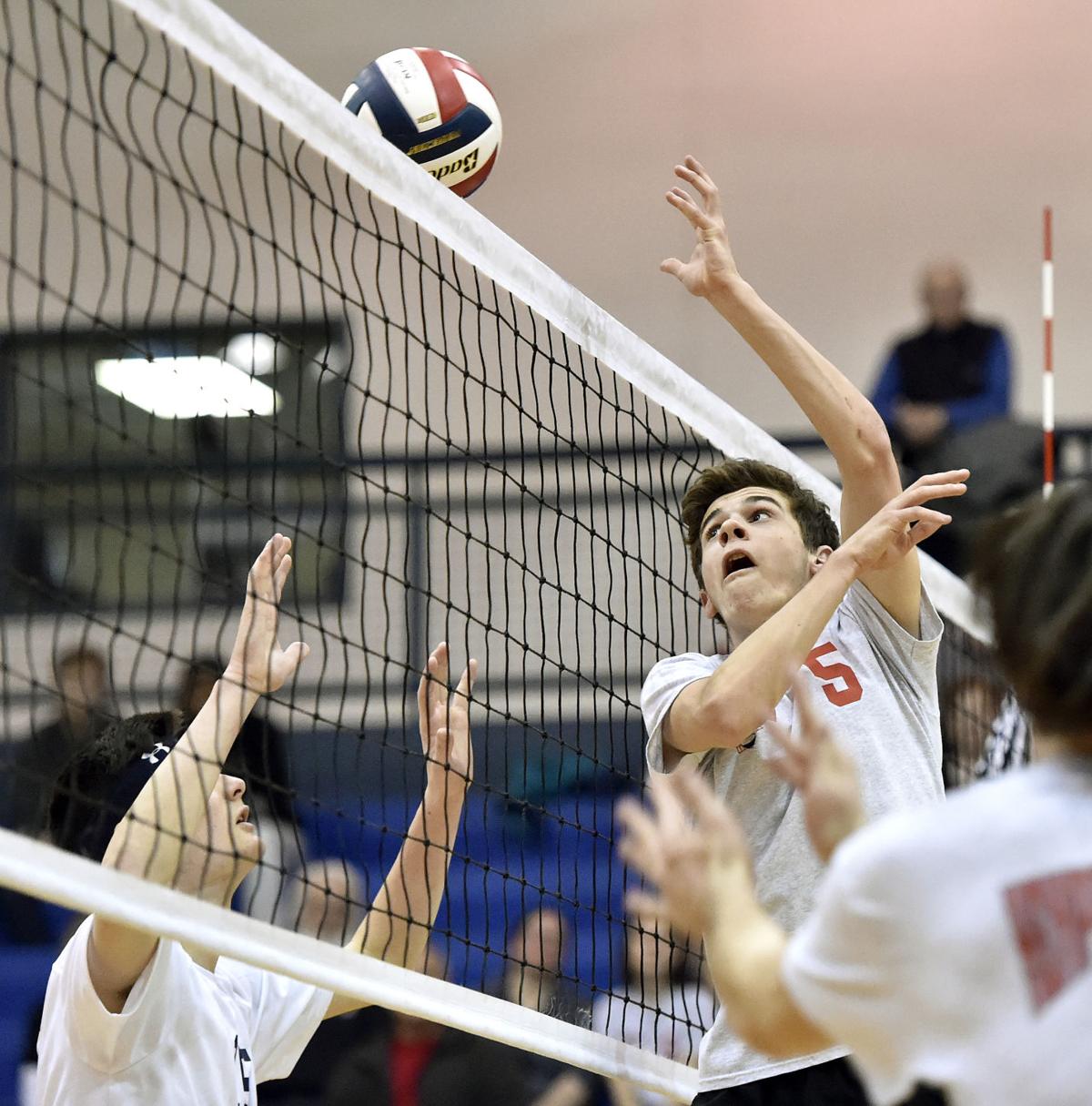 Hempfield's Colson Hunt (5) puts the ball over the net against Manheim Twp. during game action of an LL section one match Tuesday March 26, 2019.

Colson Hunt of Hempfield sets the ball against Hempfield in L-L League boys volleyball semifinal action at Manheim Central High School in Manheim on Monday, May 13, 2019.

Hempfield's Colson Hunt (5) puts the ball over the net against Manheim Twp. during game action of an LL section one match Tuesday March 26, 2019.

“Our goal was to play on the last day,” Black Knights’ senior standout Colson Hunt said. “That’s always our goal, but this year it felt like it was going to happen.”

Having four vet all-star performers due back from last year’s Lancaster-Lebanon League championship team — including Hunt — was a terrific start. And Hempfield was plenty motivated, after a fifth-place finish in districts, and a first-round exit in the PIAA tournament last spring.

But coronavirus and the COVID-19 pandemic ended those plans before the train even got out of the station. The governor closed down schools and the PIAA canceled the spring sports season back on April 9, and that was that.

“I don’t think I left my room for three straight days after they canceled it,” Hunt said. “Nothing hurts more than missing this volleyball season. I’ve been playing for Coach (Mike) Vogel for four years, and I’ve played on some pretty good teams. Our 2018 (state runner-up) team was really good. But I think we all knew that this was going to be our best team in the last four years.”

Hunt would have been a key cog in the Knights’ attack this spring. He earned a starting gig as Hempfield’s setter in his freshman season, and Vogel hasn’t been able to pry him off the court.

Hunt is the quintessential jack-of-all-trades player.

And while Hunt might be lacking a tad in size for a top-flight volleyball player — he goes 5-11 — he more than makes up for it with his hops.

“The one thing I was really working on in the preseason was jumping,” he said. “I might not be 6-4, but I play like it. If my vertical is there, I can make a difference in the air.”

Or in the back row, digging out a kill attempt on defense. Or making a pinpoint set to a big swinger in the front row. Or zipping a jump-serve for a timely ace. And yes, playing above the net up front, delivering kills and making blocks thanks to his uncanny leaping ability.

“Colson is working all the time; he’s cut from that mold,” Vogel said. “And he has such a great attitude. He’s like a coach on the floor. He’s very valuable because he’s an all around player; he can play every position for us. We’ve even played him in the middle because he’s a very good blocker. He has the brains and he has the heart, and he makes the team better.”

Hunt has volleyball — and athletics in general; he was an all-star soccer player for the Knights last fall — in his genes.

His dad, Noah, is a 1997 Hempfield grad. He played safety in football and was a standout lacrosse player for the Knights. In fact, he went on to play Division I lacrosse for powerhouse Johns Hopkins University.

Hunt’s two little brothers are likely ticketed for multi-sport careers when they get to Hempfield: Finley, a rising freshman, plays soccer, and Saylor, who is 9, is a budding lacrosse player. Hunt said both of his brothers can pick up any sport, and that Saylor might turn out to be the best athlete in the bunch.

Hunt’s next stop is the University of Delaware, where he’ll study biomedical engineering starting this fall, in hopes of designing medical devices in his professional career.

His volleyball career will also continue at UD, only at the club level, where Hunt will reunite with former Hempfield teammates and current UD students Ben Crabtree and Tyler Buterbaugh — plus Knights’ senior Ian Crabtree, who is also heading to Newark — to play in the intramural leagues.

With new leaders at helm and a season on hold, Manheim Central boys volleyball team considers next steps

LNP readers share their thoughts on some of the changes coming for Pennsylvania's 2020-21 hunting season.

Brendan McNamara hasn’t picked up a tennis racket since March 13.

Zach Park shot a buck, a bear and a turkey this past season.