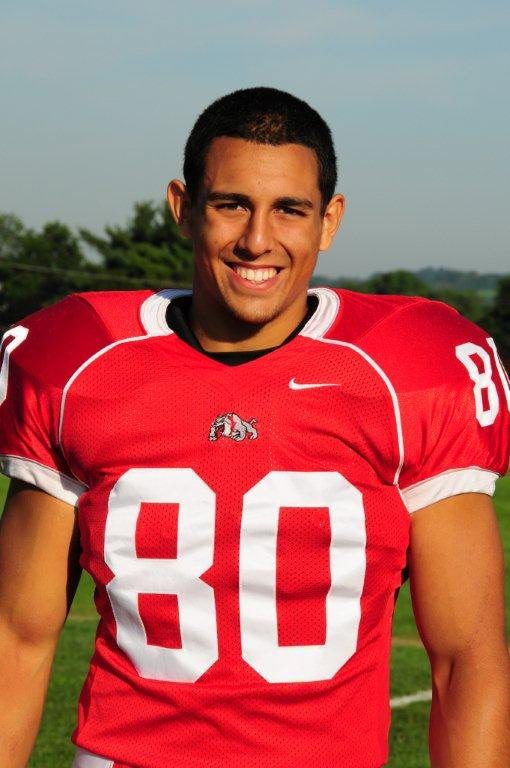 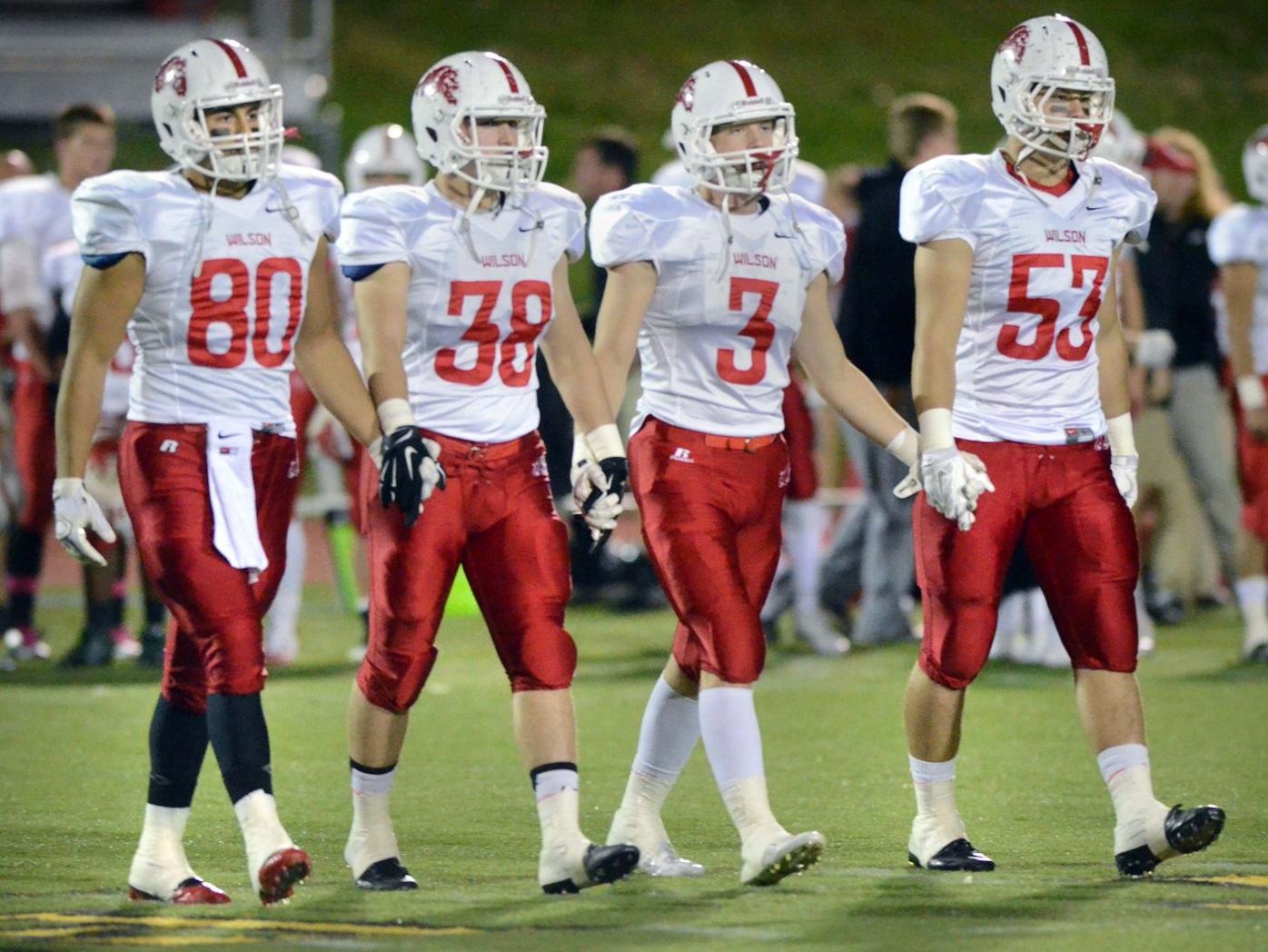 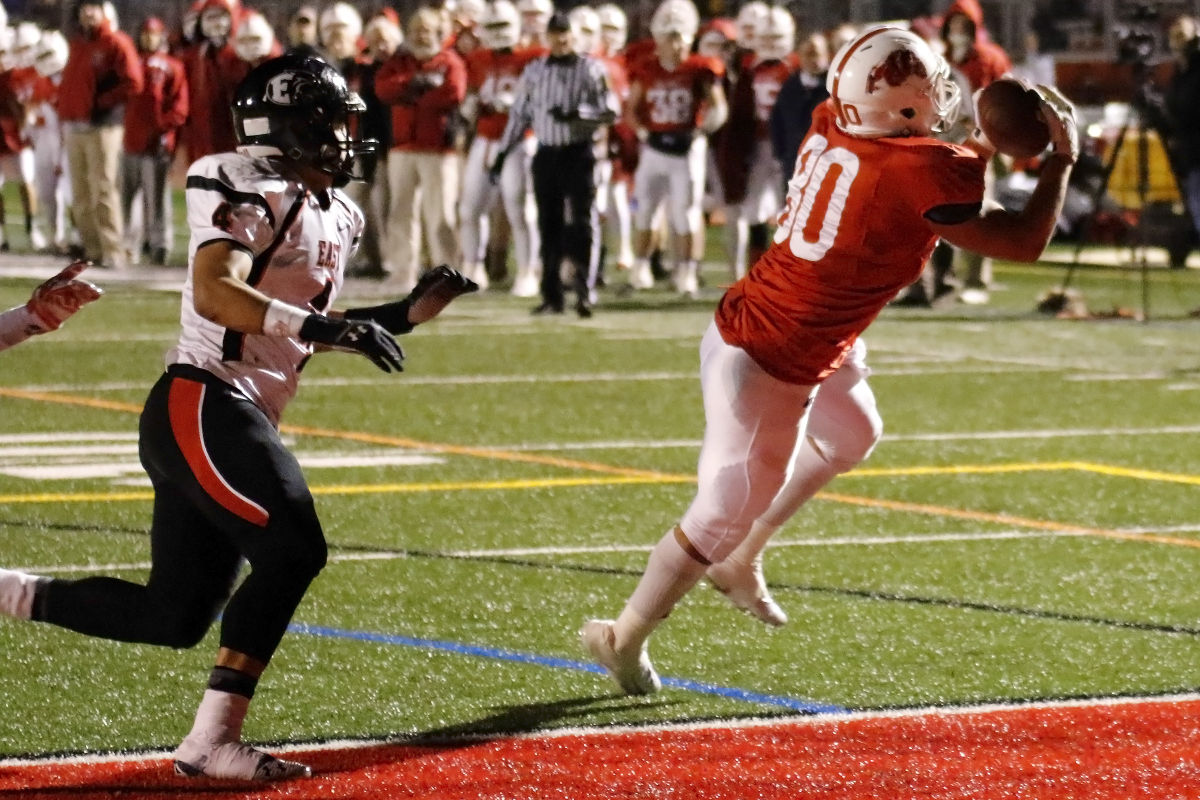 Wilson's Austin Rosa makes a grab for a touchdown in the first half at Wilson High School in West Lawn on Friday, Nov. 21, 2014.

Wilson's Austin Rosa makes a grab for a touchdown in the first half at Wilson High School in West Lawn on Friday, Nov. 21, 2014.

"I'm excited to say I will be continuing my football career and education at Rutgers University," Rosa stated on Twitter.

Rosa ranked third on the team in tackles with 71 and proved to be a play-maker, returning an interception 94 yards for a touchdown and a fumble 33 yards.

Fronted by Rosa and a fellow All-State selection in linebacker Ike Schannauer, the Bulldogs led the section in rush defense (94.6), total defense (195.2) and points allowed (116), tied for first in takeaways (19) and were third in pass defense (100.6).

"They were always going to be at the point of attack, Ike from the middle and Austin off the edge," Wilson coach Doug Dahms told LNP when Rosa and Schannauer were named All-State by Pennsylvania Football Writers.

From Sept. 5 through Nov. 29, Wilson's defense did not surrender more than 14 points in any game. The Bulldogs limited nine of their 15 opponents to 10 points or less.

The Dawgs defeated Central Dauphin 21-10 to win the district's Quad-A crown and reached the state semis before falling to Pine-Richland.

Rutgers' recruiting class has been rated "solid" by Rivals.com. Four-star defensive end Marques Ford, a 6-4, 230-pound product of Florida, committed Jan. 22 and his announcement via Twitter caused the Scarlet Knights to move from 12th to 8th in Big Ten recruiting rankings, according to Rivals.com.

With national signing day of Feb. 4 less than two weeks away, Rutgers has 22 commits in its Class of 2015. Included in that class is QB Mike Dare, a three-star recruit from Elmwood Park, N.J.

Coached by Kyle Flood, Rutgers went 8-5 in its first season in the Big 10 and won its bowl game to gain its first Lambert-Meadowlands Trophy as the top Division I football program in the East.