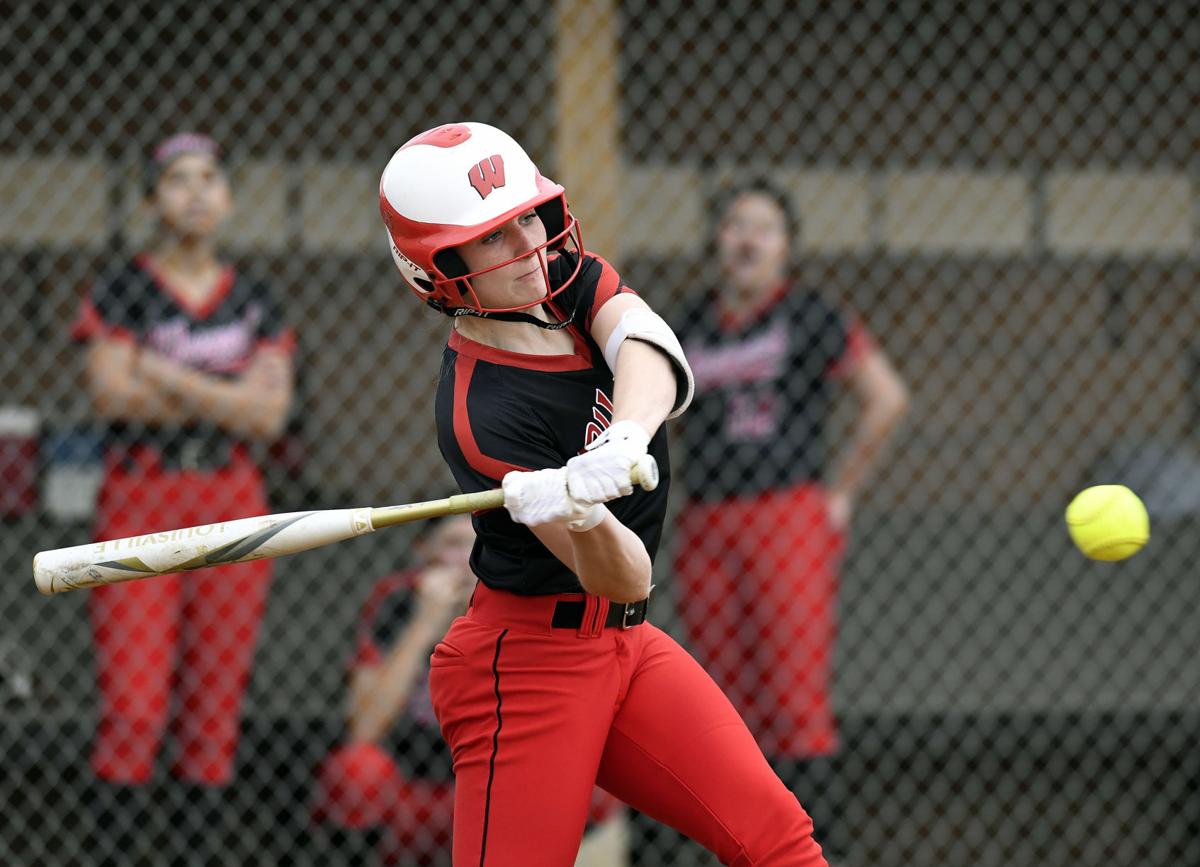 Danielle Jones had the game-winning hit, a 2-run single in the third inning, as Warwick defeated Manheim Township 5-1, Wednesday April 24, 2019 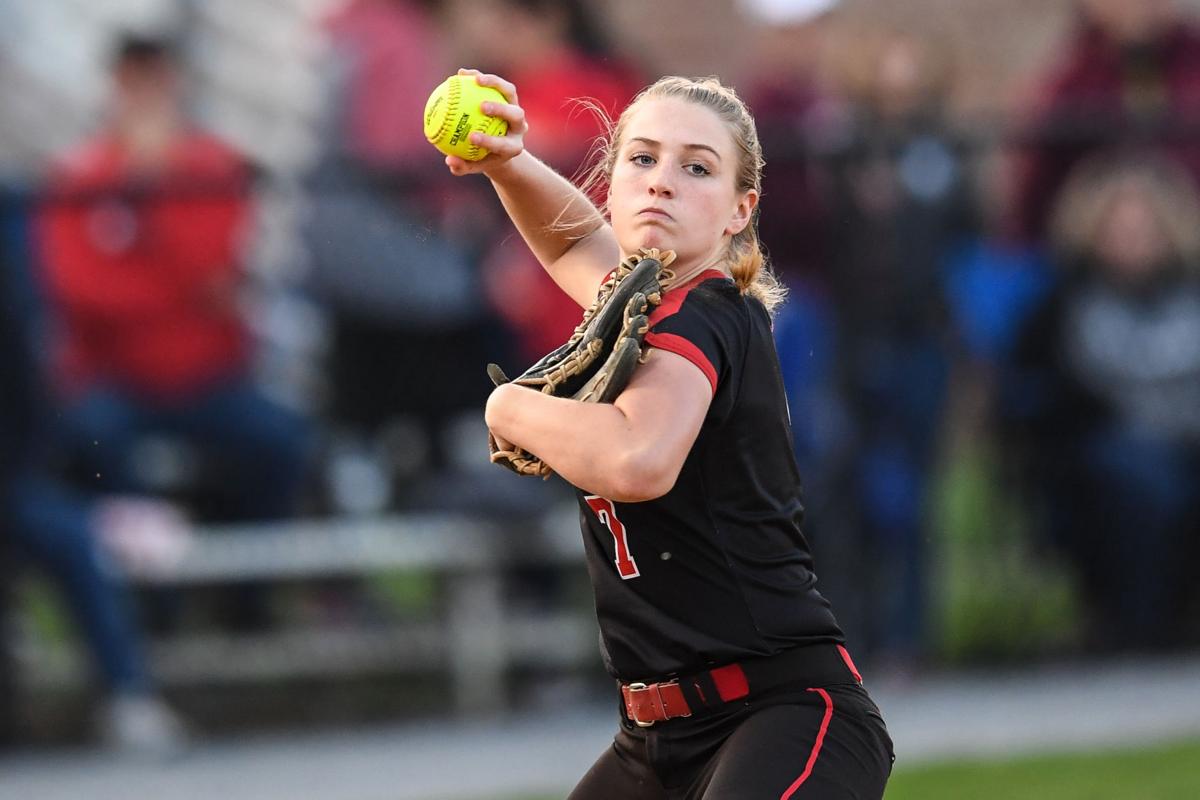 Danielle Jones (7) of Warwick trhows to first after fielding an Elizabethtown grounder in L-L League softball semifinal action at Millersville University's Seaber Softball Stadium in Millersville on Wednesday, May 15, 2019.

Danielle Jones had the game-winning hit, a 2-run single in the third inning, as Warwick defeated Manheim Township 5-1, Wednesday April 24, 2019

Danielle Jones (7) of Warwick trhows to first after fielding an Elizabethtown grounder in L-L League softball semifinal action at Millersville University's Seaber Softball Stadium in Millersville on Wednesday, May 15, 2019.

“We met in kindergarten and we lived in the same neighborhood,” Jones said. “We hung out every day. Every single day.”

On Oct. 26, 2018, Jones was playing in a softball tournament in Florida when she received the news: Warwick students Meghan Keeney, Rylan Beebe and Nicholson had been involved in a car wreck outside the high school in Lititz. Beebe survived, but Keeney and Nicholson — Jones’ lifelong friend — were killed.

“Awful, awful weekend,” Jones said. “And I couldn’t get a flight back right away. All I wanted to do was get back home and be with everyone.”

Jones, now a senior softball all-star third baseman and University of the Sciences recruit, dedicated her next two seasons to Nicholson, who was an avid boxer. Jones has since gotten a tattoo of boxing gloves, along with Nicholson’s initials and the date of the fatal wreck, on her ankle to honor her friend.

“Last year, early in the season, Danielle hit a home run at Manheim Township,” Warwick coach Mark Hough said. “And she’s coming around third, and she blows a kiss up toward the sky. She looked at me and said she'd hit that one for Jack. It made me cry.”

Later last spring, in the first round of the District Three Class 6A playoffs against Central York, Jones delivered the game-winning hit in extra innings in Warwick’s 1-0 victory.

“That one felt different,” she said. “I felt like he was with me.”

“She barely made it down to first base,” Hough said. “Her emotions got the best of her there, because it was Jack’s birthday, and she did it for him. That gives you an idea about what kind of a person she is.”

Fiercely loyal. A great friend. A terrific teammate. An excellent student. And all with a heart of gold; Jones wants to open her own veterinary practice after college and care for animals.

“If you’re not having fun playing softball, then why are you even out there?” said Jones, who hit .514 and knocked in 30 runs, with four doubles, six triples and 10 steals last spring, earning all-state status.

“On the bus rides I like to blare the music and scream and yell and have a good time,” she said, “but I know when it’s time to focus, and I’m able to flip the switch.”

Game face on. All business. Team leader. Blood, sweat and tears until the final out is registered.

“When we’re ready to take the field, she’s able to flip that switch,” Hough said, “and I’ve never seen a kid so emotionally and physically spent at the end of a game as she is.”

Hough likes to tell the story about an indoor winter-league game earlier this year in the dome at Spooky Nook, when his Warriors were lollygagging and not focused on the task at hand.

“The game mattered, but it didn’t really matter,” Hough said. “I look over and Danielle had them all in a circle, and she was taking care of business with them. We came out the next three innings and scored five runs, five runs and four runs. She made her point and that was that. That’s the kind of player Danielle is.”

It comes back to flipping that switch and taking charge — even in an indoor winter-league game, with no crowd, no scoreboard and no official stats being kept.

“I hate to lose, absolutely hate it,” Jones said. “If we’re playing badly, I get frustrated. For me, it’s a team thing, and you have to build off of each other. So I told everyone that we just needed to adjust. If we can piece it together and get our brains back in the game, we’ll be fine.”

With Jones hitting cleanup, Warwick was better than fine last spring; the Warriors went 19-4 and reached the district finale, falling to Central Dauphin 1-0.

Warwick was eliminated by Erie McDowell in the first round of the state playoffs, and with several key players from that squad due back this spring — including Jones and her power bat — Hough’s crew had some hefty expectations.

Alas, COVID-19 ended the school year and the entire spring sports season — a season Jones once again was set to dedicate to Nicholson.

“No game is meaningless to me,” Jones said. “You have to give it your all every time, because you don’t know when it will be your last time playing out there on the field.”

That is Danielle Jones, and she's fueled to compete and succeed for her fallen friend.

Editor's note: This story will be updated throughout the day. Be sure to check back for the latest news.

Baseball is in Colton Book’s blood.

The District Three committee held its May meeting via video conferencing on Thursday morning. Here are five takeaways from their session.

Feb. 4 was supposed to be a fun moment for former Penn Manor ace pitcher Brittany Hook, who was setting sail on her sophomore season for the U…

It's an exhilarating time for Megan Obetz.