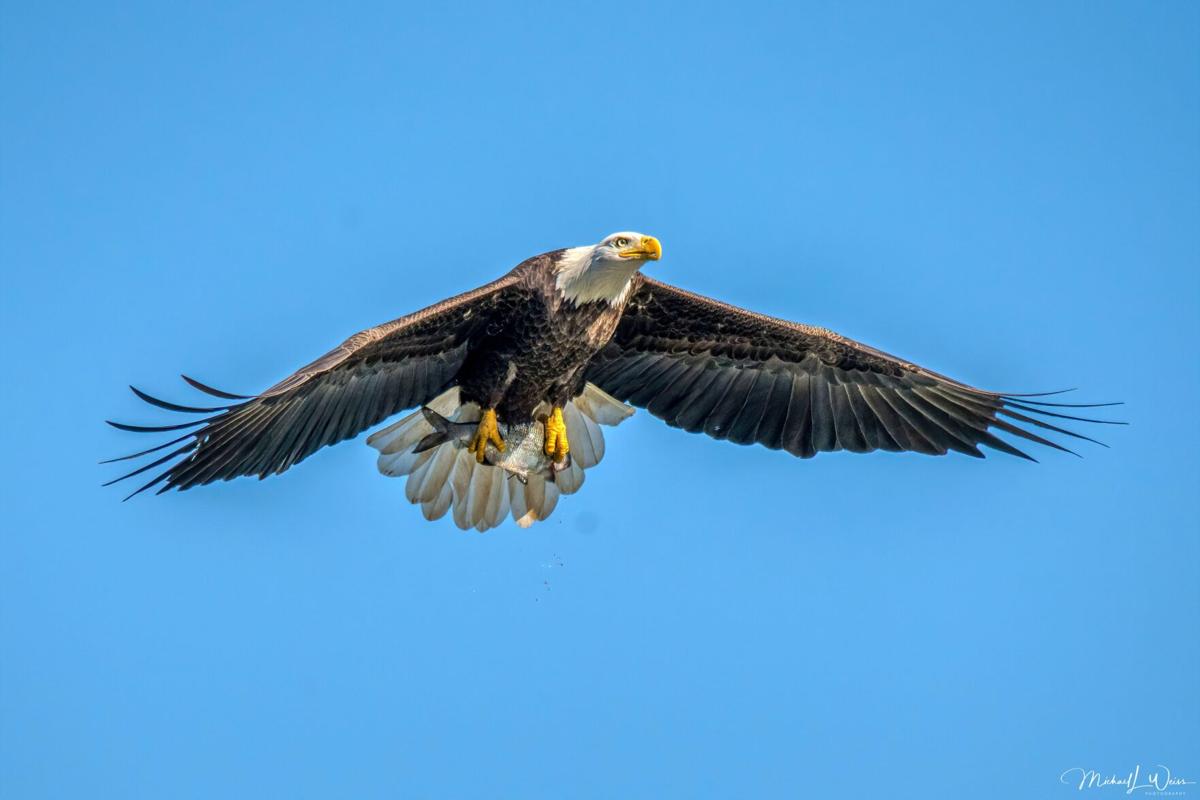 A mature bald eagle carries off a fish snatched from the tailrace of the Conowingo Dam. 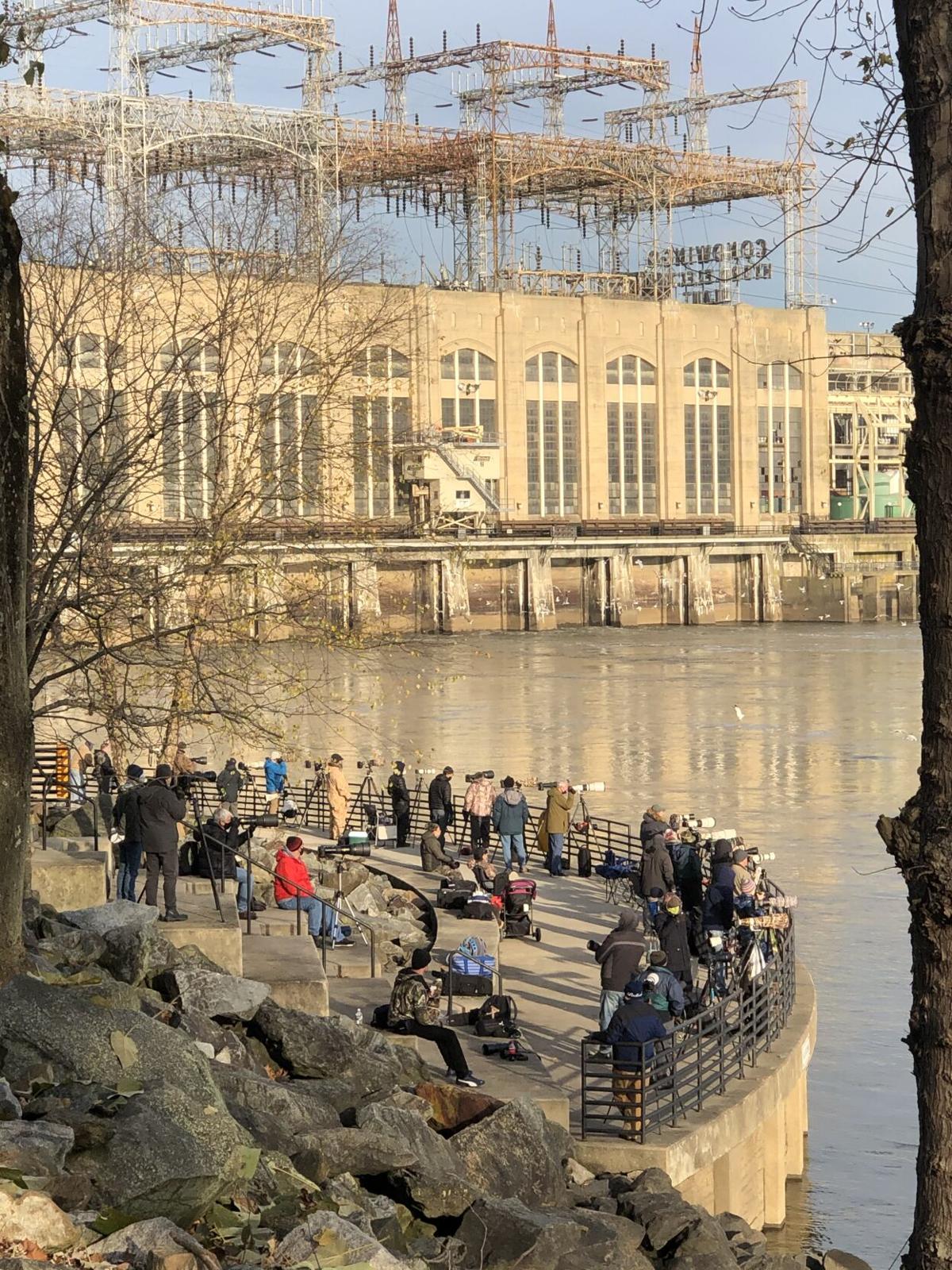 Photographers crowd around the tailrace of the Conowingo Dam to get action shots of bald eagles. 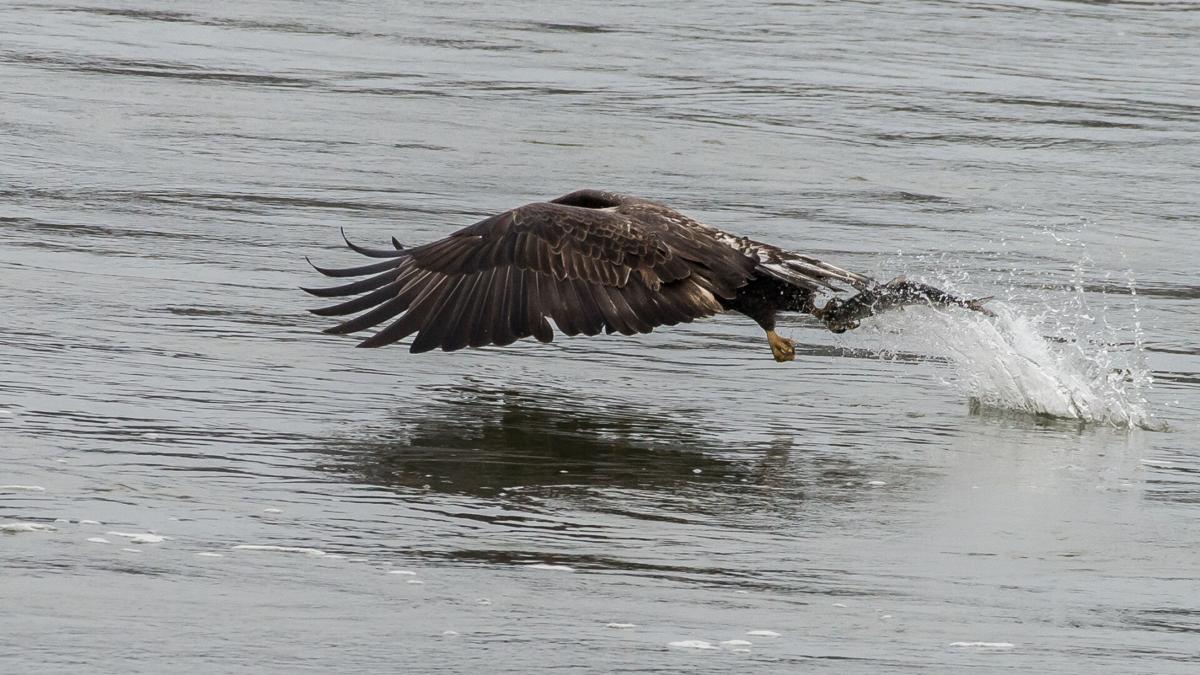 An immature bald eagle grabs a fish from the Susquehanna. 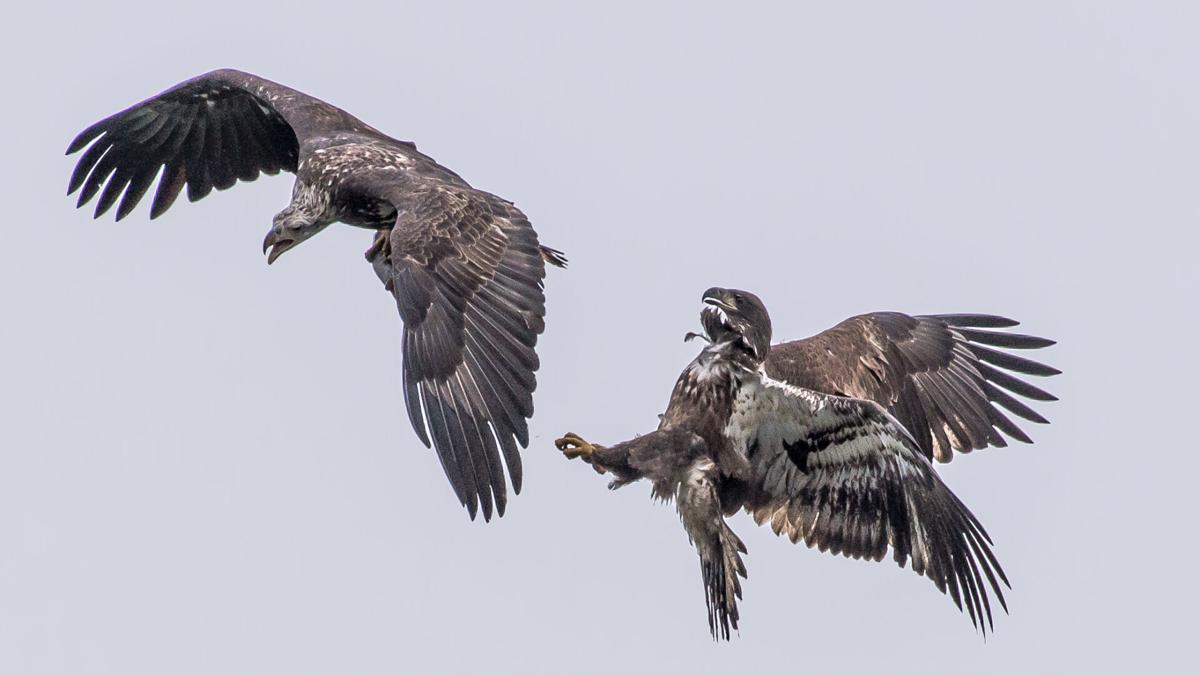 A pair of immature eagles fight over a fish at the Conowingo Dam recently.

A mature bald eagle carries off a fish snatched from the tailrace of the Conowingo Dam.

Photographers crowd around the tailrace of the Conowingo Dam to get action shots of bald eagles.

An immature bald eagle grabs a fish from the Susquehanna.

A pair of immature eagles fight over a fish at the Conowingo Dam recently.

With the remarkable comeback of the bald eagle nationwide in the last couple of decades, few Lancaster County residents have not seen the majestic raptor at one time or another.

But if you really want to see a lot of eagles at one time, up close, diving for — and often fighting over — fish, there are few places better on the continent than the Conowingo Dam, only a 45-minute drive from downtown Lancaster.

The spectacles almost guaranteed at the dam’s tailrace have become internationally known in recent years, and what once drew a few in-the-know birdwatchers now occasionally draws busloads of tourists and queues of up to 100 serious photographers.

During pandemic, many deer camps not the same this year

If you have never seen an eagle’s aerobatic maneuvers to pluck a fish off the surface or one or more eagles try to rob the victor of the spoils, now is the best time of the year to witness it at the Conowingo Hydroelectric Generating Station, on the Susquehanna in Conowingo, Maryland, just below the state line.

November, December and January are when the highest concentrations of eagles gather from as far away as upstate New York and the Ohio Valley. On great days, more than 300 eagles have been seen at one time.

When I was there last week on a “slow” day, I easily spotted more than 50 eagles fishing, perched in nearby trees or more distantly on shoreline rocks and transmission towers. In three hours of morning viewing, there was never a time that multiple eagles weren’t visible.

The reason the dam has become such a gathering point is simple: food. Year-round there are either migratory runs of fish moving upriver that can’t go any farther and mill around the dam, or fish killed or stunned as they pass through the nearly mile-long dam’s 10 generators.

There are about 250 resident eagles along the Susquehanna who fly up to 25 miles to devour the easy pickings. But those numbers swell when lakes and rivers across several states freeze over. The tailrace of the dam never freezes.

Dave Lychenheim, who founded the popular Conowingo Bald Eagles Facebook page, remembers the first time he went to see the eagles at the dam.

“I couldn’t believe the number of bald eagles that were there. It kind of makes you breathless when you see them.”

What: Eagle watching at Conowingo Dam.

Where: Public access to the base of the dam is at 2569 Shures Landing Road, Darlington, Maryland. Best vantage points are the round fisherman’s wharf or along the fence lining the river along the parking lot.

When: The area is open sunrise to sunset daily. Best viewing times are when the dam is generating power and releasing water because that is when the most fish are on the surface. You can call 888-457-4076 to get a recorded power generation schedule for the next day. Eagles are present year-round but October into January usually bring peak numbers. The eagles tend to fly more in warmer weather.

Limits: Because of COVID-19, Exelon, the dam’s owner, has been limiting access once the parking lot is full. Some photographers have been arriving as early at 6 a.m. to guarantee a spot. But chances are good you can show up anytime.

More info: For tips and to see photos taken daily at the dam, go to the Conowingo Bald Eagles page on Facebook.

Annual event to assess size of deer herd in Muddy Run Recreation Park has been called off.