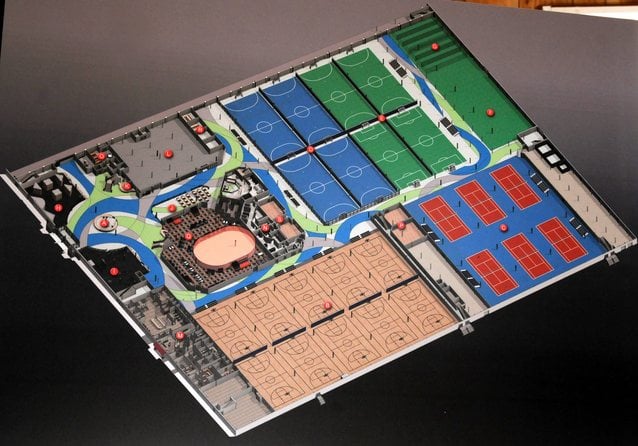 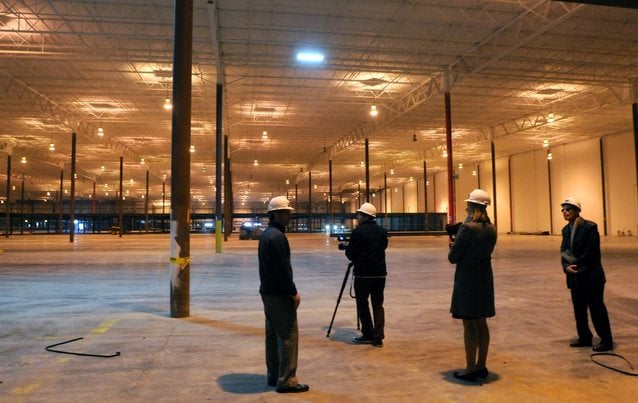 This November 2012 file photo shows work being done on the interior of the Spooky Nook Sports complex. (Richard Hertzler)

This November 2012 file photo shows work being done on the interior of the Spooky Nook Sports complex. (Richard Hertzler)

Lancaster County has long been home to a talented crop of field hockey players.

And now there are plans to have the county officially become the "Home of Hockey."

USA Field Hockey announced in a press release Tuesday that it has partnered with Spooky Nook Sports to make Spooky Nook the home of the U.S. Women's National Team through 2022.

Much of the sports complex is expected to be completed by March 1, but the section for USA Field Hockey will not be finished until late summer.

"We have been searching for a 'Home of Hockey' in the Northeast over the last several years and are excited to announce we have found a place the U.S. Women's National Team will call home in Lancaster County," Steve Locke, executive director of USA Field Hockey, said in the press release.

"Nook Sports is one of the most spectacular athletic facilities in the country. The location is ideal as many of our athletes come from the East Coast, especially the Pennsylvania, New Jersey, Maryland and Virginia areas. There is no doubt that this is a game-changing moment for our sport. The 'Home of Hockey' will provide us with a platform to best prepare our national teams for success in international competition and serve as a beacon and center of excellence for developing athletes of all ages."

Creating a "Home of Hockey" in the Northeast, where field hockey is most prominent, coincides with USA Field Hockey's mission statement and strategic plan of promoting, growing and providing opportunities for men and women and boys and girls to participate and excel in the sport in the U.S.

There are more than 100 girls from the Lancaster-Lebanon League participating on the collegiate level in Divisions I, II and III. Dana (Sensenig) Risser, a 2003 graduate of Cocalico High School, competed for Team USA in the 2008 Beijing Olympics.

Adding in players from just the PIAA District Three area, which encompasses the L-L, Mid-Penn, York Area and Berks County leagues, and the number of mid-state athletes participating at the collegiate levels swells to more than 250.

"(Pennsylvania) is a hotbed for field hockey, so to have the National Team located in (Pennsylvania) is great," Cocalico coach Krista Page said in an email. "Having it in Lancaster County is even better."

Page was Risser's scholastic coach, and her daughter, Jordan - also a Cocalico grad who now plays at Syracuse University - is a member of the U.S. Under-21 Team that just returned from a trip to Australia. Also on the U-21 squad is Donegal graduate Laura Gebhart, who served as a team captain during the recent competition in Australia. She plays for Penn State.

So it almost seemed like a natural fit, having the Women's National Team relocate from its current home at the Olympic Training Center in Chula Vista, Calif., to Lancaster County upon the completion of the Spooky Nook venue, according to the release.

Chula Vista will remain a National Team training center and the U.S. Men's National Team will continue to train and compete at the Olympic Training Center just outside San Diego, Calif.

"This is a very exciting time for USA Field Hockey as we begin a new quadrennial, but even more so because Nook Sports is creating an impressive home for us in Lancaster, Pa.," said Lauren Crandall, 2008 and 2012 Olympian and U.S. Women's National Team captain, in the press release. "To have a 'Home for Hockey' so central to the majority of the field hockey population is exciting, to say the least. We hope it will translate into continual growth and strengthening of our sport in the surrounding areas as well as across the country."

"The new facility promises to be an aspiration venue for the whole hockey community. Not only will it be home of our elite programs in which athletes will have access to world-class facilities and support services, it will also allow the next generation of hockey players, coaches and officials to share in the environment and take inspiration from it," said Craig Parnham, newly appointed as the U.S. Women's National Team Head Coach, in the release.

With state-of-the-art facilities, including two water-based turf fields (one under a climate-controlled dome), six additional artificial surfaces and over 700,000 square feet of indoor space - one of the largest facilities of its kind in the country - Nook Sports is located in an area that boasts the most field hockey players in the United States.

The area designed specifically for Team USA will feature home and away locker rooms, strength and conditioning facilities, conference and lounge areas, as well as office space for the high performance staff.

"Not only will USA Field Hockey's move to Nook Sports ignite even more excitement for the sport within the region, but it will create more opportunities for aspiring young players," Steve Goris, general manager of Nook Sports, said in the release. "With local, regional, national and now international games, leagues and tournaments year-round, it will create a multimillion-dollar economic impact for Lancaster County."

The complex, a privately funded $25 million project that is converting a former Armstrong World Industries Inc. flooring distribution center on a 65-acre plot of land into a sports facility, is being developed by Sam Beiler, former owner of Auntie Anne's Soft Pretzels.

A press conference is scheduled for 5 p.m. Friday at Nook Sports, featuring Locke, Goris and several Team USA athletes. A meet-and-greet, autograph signings and photo opportunities with members of the 2012 U.S. Olympic Women's Field Hockey Team will be open to the public following the press conference.