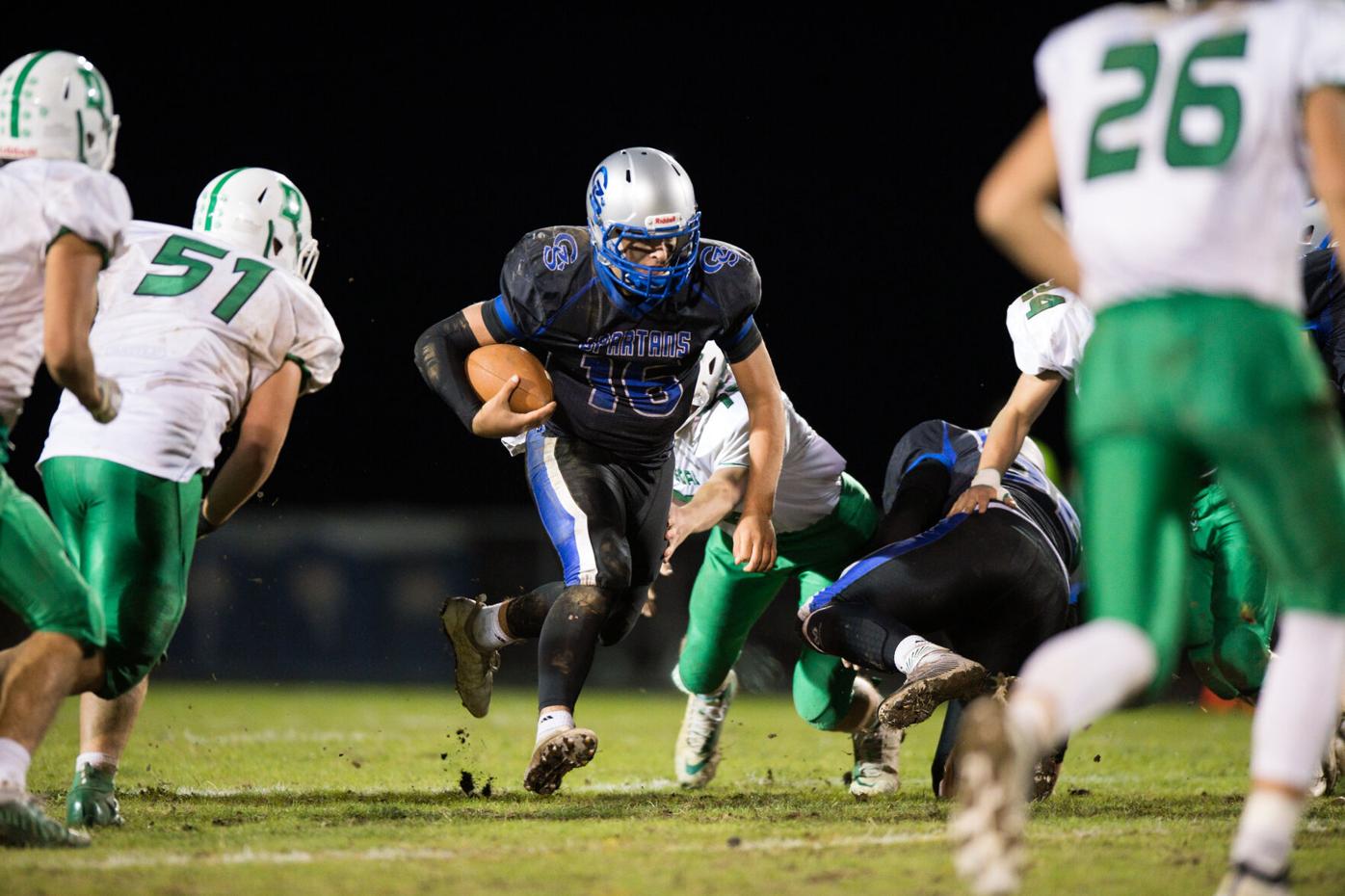 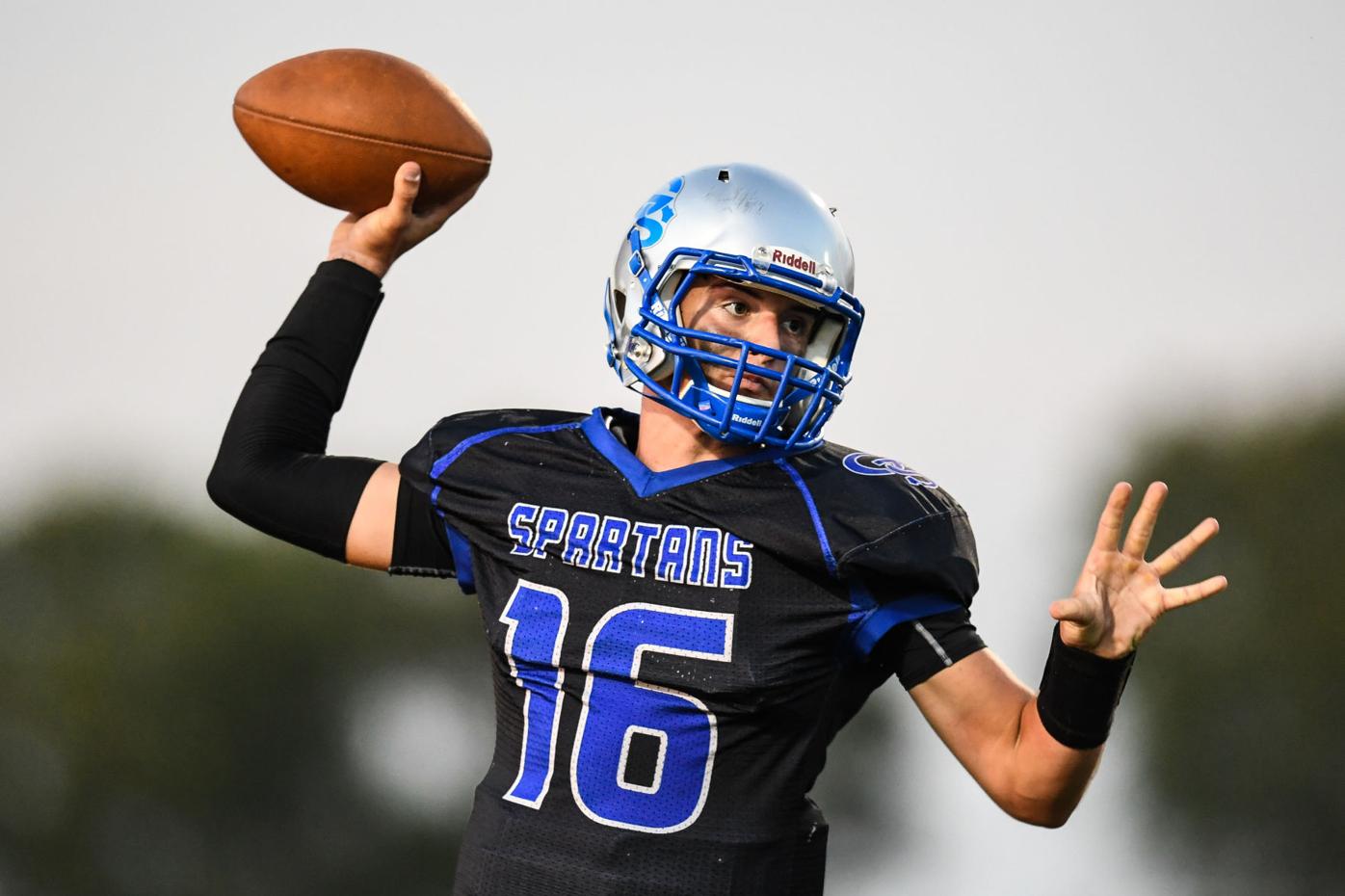 When it comes to quarterback play on the football field, the good folks in New Holland have been pretty spoiled lately.

Mitch Martin and then Cameron Roth both left strong legacies in Garden Spot’s program; they both passed for 5,000-plus yards and rushed for 2,000-plus yards for the Spartans between 2012 and 2017.

“I knew I’d have a lot of work to do to fill Cam’s shoes,” Garden Spot senior Jesse Martin said.

Turns out Martin has filled Roth’s shoes quite nicely during his three seasons as the Spartans’ starting QB. Because of a truncated season this fall, Martin’s final numbers won’t quite approach what Mitch Martin and Roth put up during their days in New Holland.

Garden Spot senior QB Cameron Roth is all about leading, not gaudy numbers

But let the record clearly show that Jesse Martin has been a major force on both sides of the ball for the Spartans. His numbers back it up:

Martin is a dual-threat personified, as the 6-foot-2, 195-pounder does a little bit of everything for the Spartans — and all of it very well. He’s one of those players that almost never comes off the field on a Friday night.

“The respect his teammates have for him is significant,” Garden Spot coach Matt Zamperini said. “He’s a character kid, and he’s always looking to help someone else. He’s got a heart of gold, and he’s a tough, tough, tough blue-collar kid with incredible character.”

Martin’s signature move in the QB department are his keepers. He’s called his own number 100-plus times this season, and he’s spent a lot of time over the last three seasons bobbing and weaving and making tacklers miss.

“He’s at his best when he has the football in his hands and he’s running with it,” Zamperini said. “He’s not always checking down coverages and throwing the football around all over the place. He has a great arm. But the gut part of the position is his greatest strength.”

Designed QB draws and keepers. Making plays with his quick feet when protection breaks down. Fending off blitzers and slithering out of the pocket to make a positive out of a negative.

He’s played a mean safety the last three seasons as well. Martin has four interceptions in the last two games, and last week, in Garden Spot’s 31-8 win over Lancaster Catholic, he returned a pick 32 yards for a touchdown.

“The past couple of months, I’ve really fallen in love with playing safety,” Martin said. “I’ve started taking ownership of the defense.”

End result: Martin has piled up 36 tackles with those four picks, plus a pair of pass breakups. The numbers don’t jive — and that’s OK — but body type and skill-set-wise, he’s very comparable to Cocalico grad Noah Palm, who also did tons of damage at QB and safety during his days with the Eagles.

“Jesse is a gifted defensive player,” Zamperini said. “He’s an excellent tackler, he runs in the alley and he sees the routes.”

It was a moment Martin will never forget.

“It was a great relief because we’ve all put so much effort and hard work into this,” he said. “I know it meant a lot to me, and the whole team was able to get the W, and I was really happy for them. My phone was blowing up all over the place that night. I heard from guys all across the L-L, so it felt great.”

“I was happier for all the other guys,” Martin added, “because they finally saw what it took to win a game, and now the younger guys can keep going and keep growing the program.”

Zamperini was elated for his whole squad.

“Moments like that, you see how important success on the football field is to your program and to your community,” the Spartans’ vet skipper said. “That’s what everyone strives for, so it was a good thing for everybody. And it validated all of their hard work.”

Martin is working hard for a chance to compete in college, however the coronavirus protocols have slowed down his recruiting process. He has received an offer from Lebanon Valley College, and he’s been in touch with Franklin & Marshall and East Stroudsburg, and he’s definitely hoping to play at the next level.

Zamperini thinks Martin projects as an outside linebacker, but with his multi-purpose skill threat, he can also make plays on his feet on offense and special teams, and he can play in the secondary.

That will be Martin’s legacy when he departs Garden Spot’s program: His multi-purpose playmaking ability, and his uncanny knack of always making something positive happen — on both sides of the ball.

“I’m happy with what I’ve done here,” Martin said. “For being thrown in there as a sophomore and not always knowing what I was doing, I feel like I’ve grown a lot and accomplished a lot. I hope I’ve left the younger guys here with something to grow upon, so they can go out and take the next steps and help build the program.”

Here are the top rushers, passers and receivers from the L-L League football Week 7 games …

Seventeen Lancaster-Lebanon League football teams will be in action this weekend. Fourteen of them played Friday night, with another two to ki…

This is the final list of the top special teams performances, defensive plays and other outstanding individual efforts in L-L League football …

To the victor go the spoils, and several key cogs for Lampeter-Strasburg’s football team, which captured Lancaster-Lebanon League Section 3 an…

When it comes to high school extracurricular lists, Dustin Swanson’s is an all-timer.