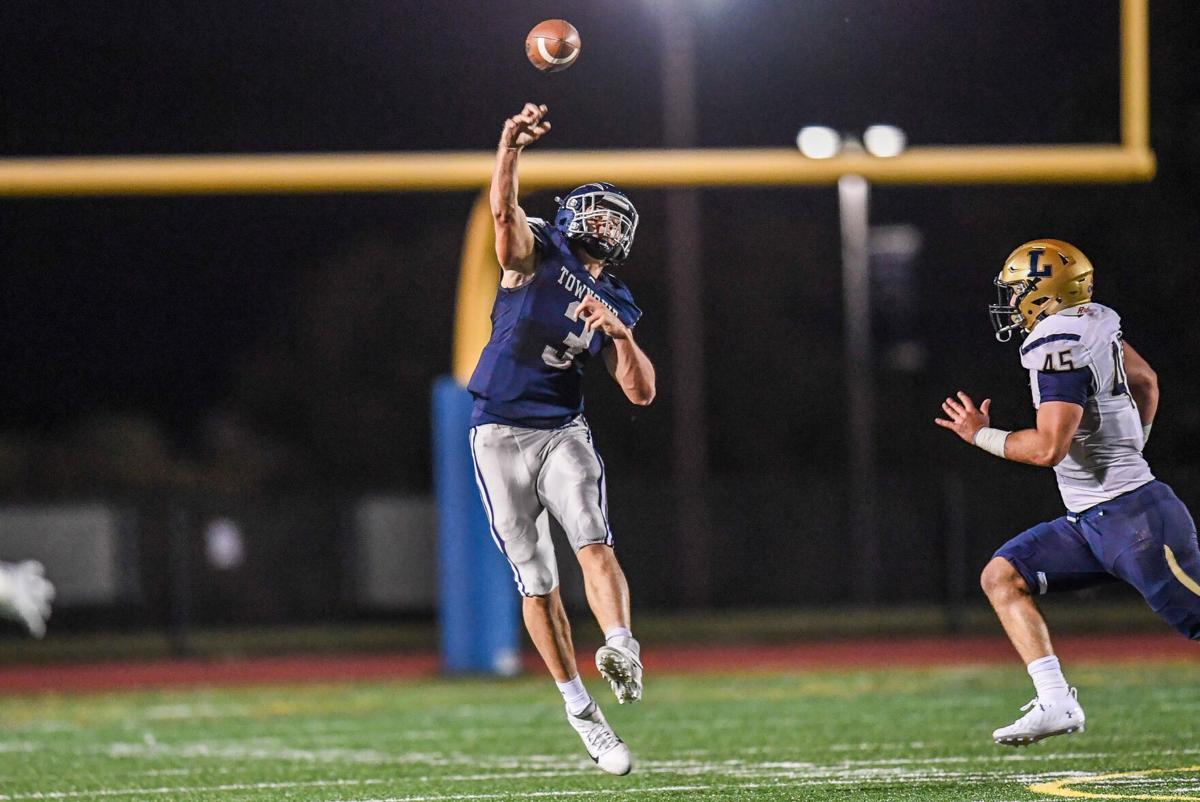 Evan Clark (3) of Manheim Township throws a pass against the rush of Timothy Barrett (45) of La Salle College in opening-night football action at Manheim Township High School in Neffsville on Friday, Sept. 18, 2020. 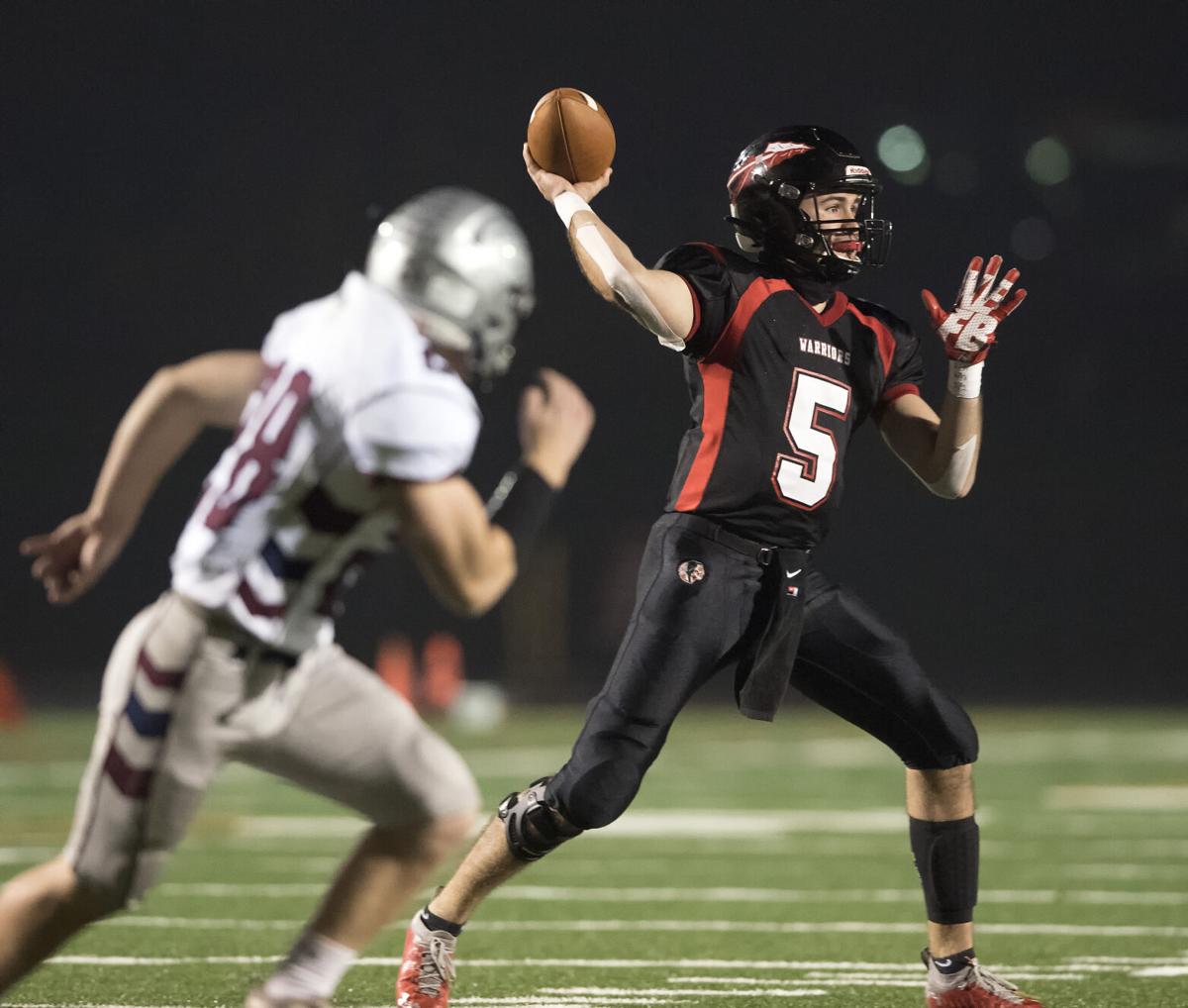 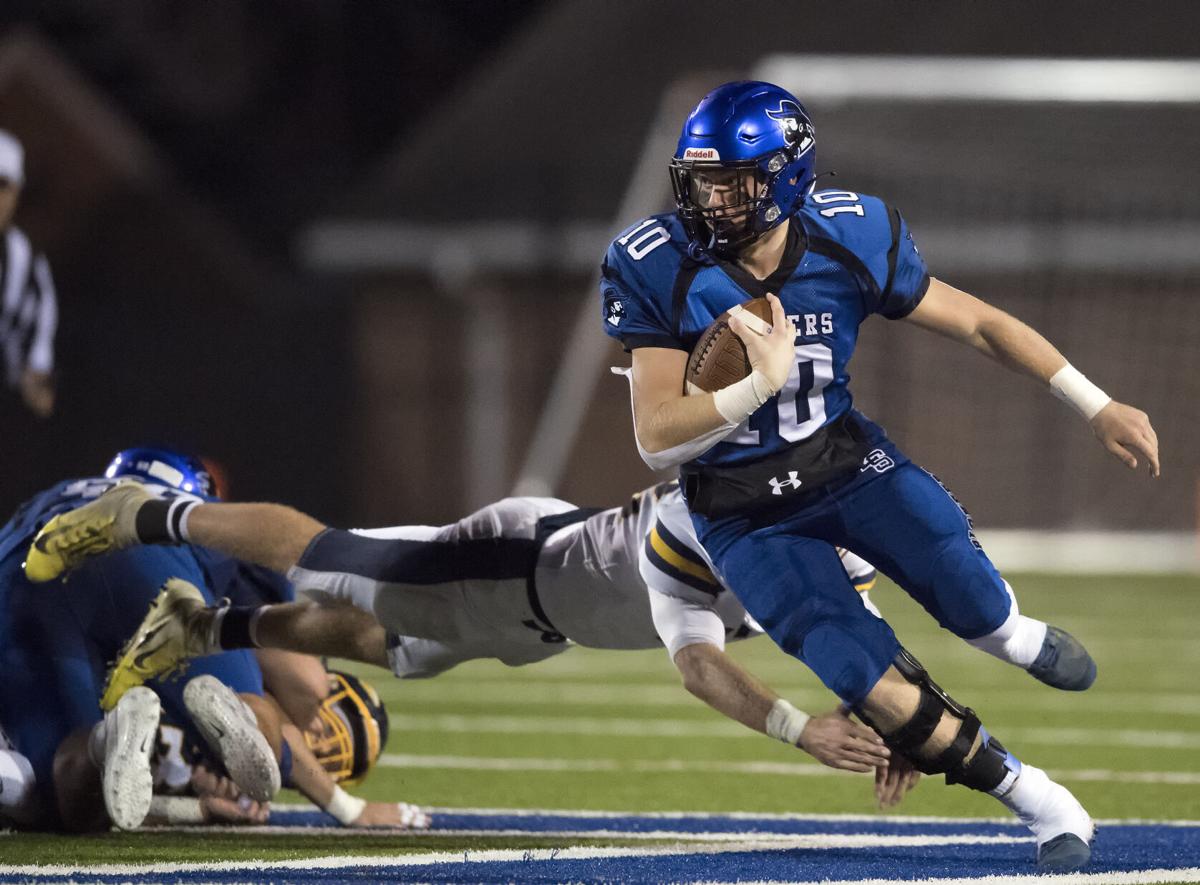 Evan Clark (3) of Manheim Township throws a pass against the rush of Timothy Barrett (45) of La Salle College in opening-night football action at Manheim Township High School in Neffsville on Friday, Sept. 18, 2020.

Three L-L League senior quarterbacks — who were all handsomely rewarded for their success on the gridiron this past fall — are making hot-stove news.

Manheim Township’s Evan Clark has made his college decision official, and Warwick’s Joey McCracken and Lampeter-Strasburg’s Sean McTaggart are watching their stocks rise in recruiting circles, as colleges are starting to pony up scholarship offers for those talented signal-callers.

The stats: Clicked on 98 of 141 passes — a smooth 70 percent — for 1,505 yards with 18 TD tosses against zero interceptions this past season, and tacked on 339 rushing yards and four TD keepers for the Blue Streaks, who ended the season riding a 5-game winning streak. Clark was the top-ranked passer in the L-L League.

His decision: Clark has accepted a preferred walk-on offer from Penn State, and he’ll take his dual-threat talents to Happy Valley. He also had a standout season from his safety spot on defense, and he’ll bring a jack-of-all-trades skill set to the Nittany Lions.

Other offers: Clark had preferred walk-on offers from Virginia Tech and Robert Morris, but went with Penn State.

After a long process I have decided to continue my athletic and academic careers at Penn State University. I want to thank my coaches, teammates, and everyone who has helped me get to where I am today. #WeAre @coachjfranklin @DannKabalaPSU @Coach_Yurcich @canes77 pic.twitter.com/WyMERlhKIR

The stats: Completed 77-of-123 attempts for 1,310 yards with 11 TD strikes against just two picks in six games for the Warriors; McCracken missed Warwick’s first two games while rehabbing from a serious knee injury. McCracken helped the Warriors win the outright Section 2 title and to a D3-5A semifinal victory vs. New Oxford, before Warwick was forced to forfeit the district title to Governor Mifflin because of a coronavirus shutdown.

The offers: McCracken is up to four offers in his back pocket, including Maine, Kutztown, IUP and Shippensburg. Maine jumped on board over the weekend.

No more hoops: Warwick basketball coach Chris Christensen over the weekend announced that McCracken has opted out of hoops for his senior season. He was one of the top returning players in the L-L League, but after suffering a knee injury during the season last winter, and with his football recruiting process picking up, McCracken — the 13th-leading passer in L-L League history — decided to concentrate on pigskin only moving forward.

From Warwick coach Chris Christensen: Joey McCracken has decided not to play basketball this season.

The stats: Went 96-of-169 through the air for a league-best 1,865 yards with a league-high 27 TD passes against just four picks. McTaggart added 400 rushing yards, plus eight TD keepers for the Pioneers, who won the outright Section 3 title, beat Elco for the D3-4A crown, and went to the state semifinals for the second year in a row.

The offers: After picking up offers from Monmouth, St. Francis and Sacred Heart early on his recruiting process, McTaggart has added offers from East Stroudsburg and Lock Haven since his outstanding performance this past fall.

McCaskey alum Carlos Martinez has always felt he had the ability to play at or near the top levels of college football. He just had to take a …

The Maxwell Football Club has released its Mini Max Award winners for the 2020 high school football season, and the L-L League is well-represe…