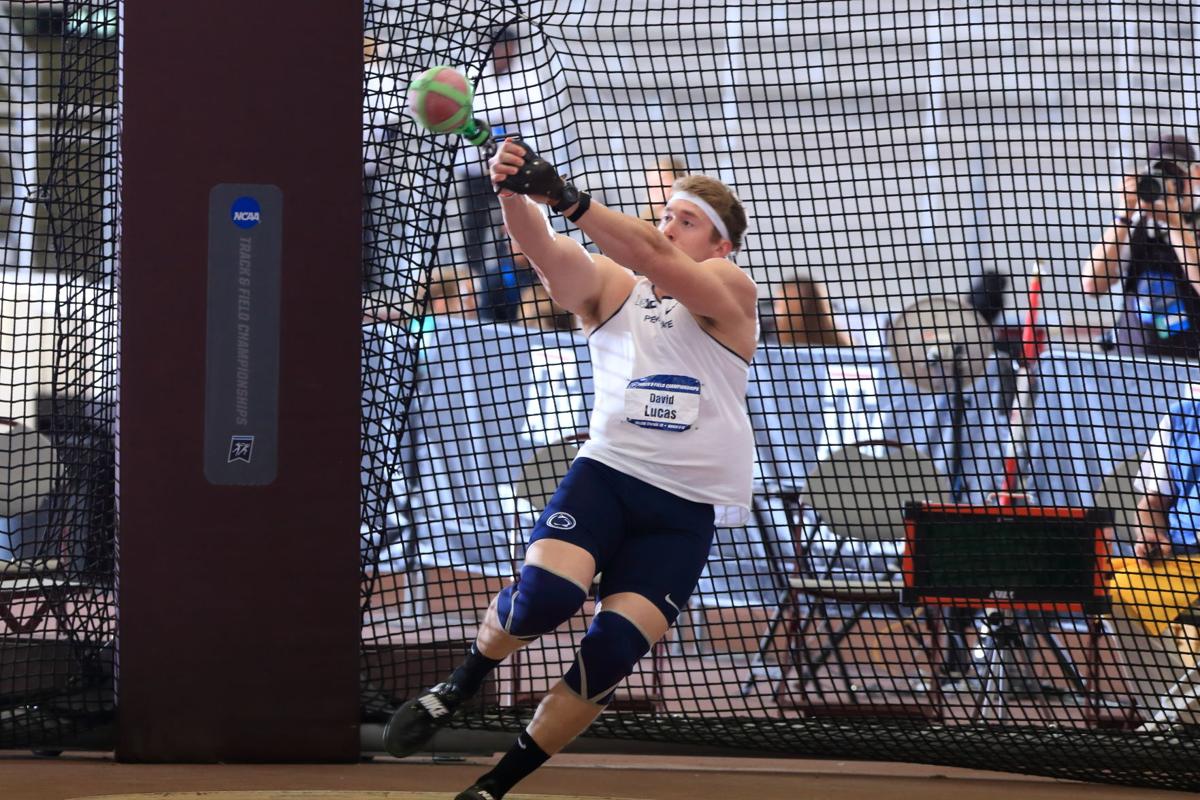 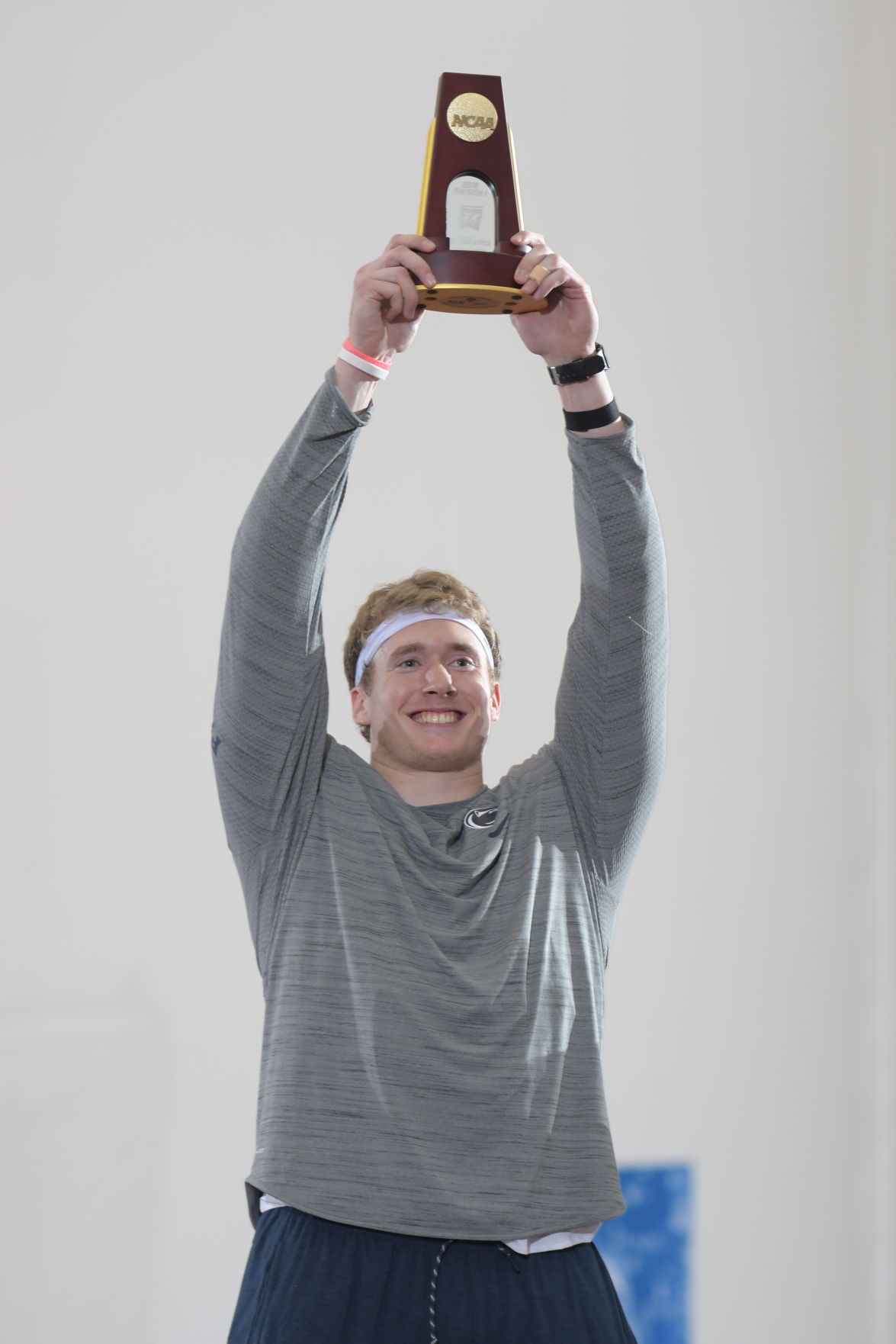 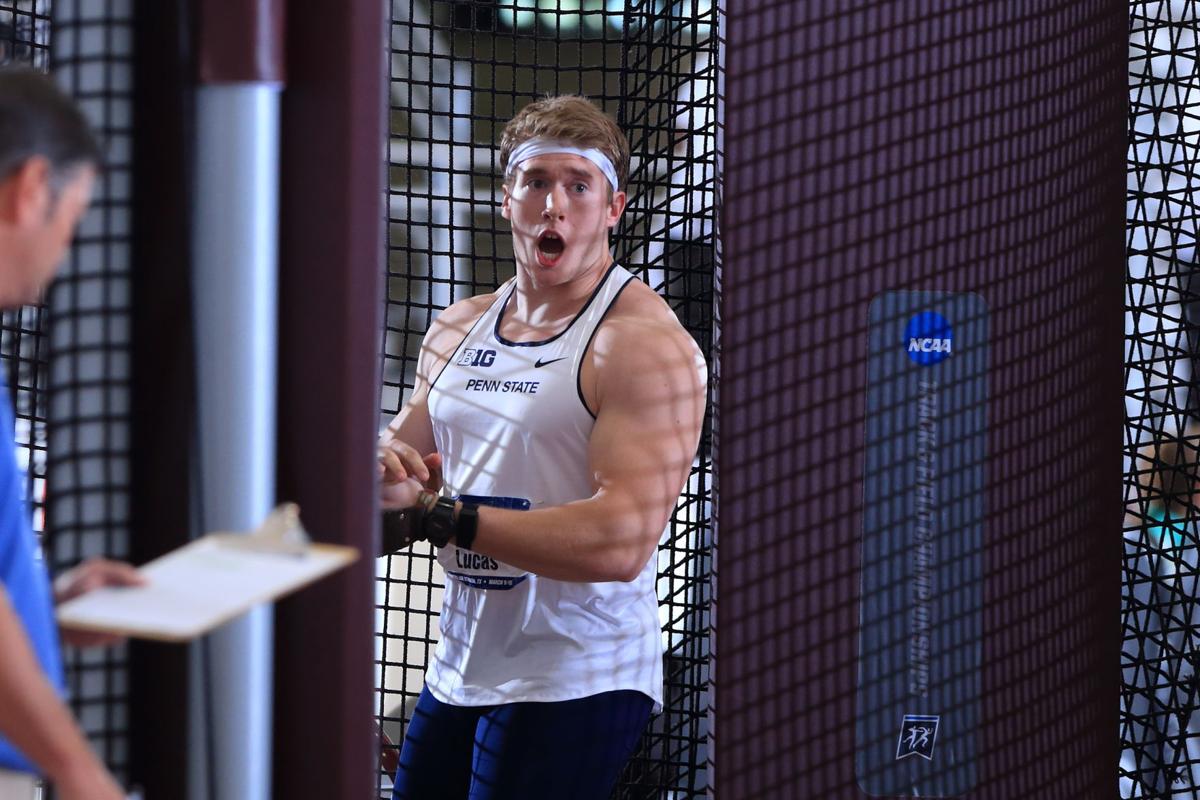 When Penn State sophomore David Lucas, a Warwick graduate, sent his NCAA championship-winning weight throw toward the far reaches of the sector at College Station, Texas, Saturday, he felt the psychological weight of past disappointments dissolve as the 35-pound projectile delivered him a sense of redemption.

"I've got a little bit of a history of folding in big meets," Lucas said over the phone Monday. "In high school, I did pretty well on the big stage at states and the Penn Relays and in districts and your well-known meets there. But in college, I've been having a hard time. I was coming into some big championship meets where if I would have thrown just around my personal best in the meet, I would have been in a position to make Team USA or be a first-team All-American in discus or in the top three at NCAAs, but I hadn't really put things together."

Lucas put everything together at the NCAA indoor championships in a series that saw him hit hit bigger marks each time he stepped into the circle on his first five attempts. The winning weight throw on his fifth attempt — 78 feet, 9.75 inches — topped his previous personal best by more than two feet and set a facility record as well as a school record.

"I knew it was a big throw," Lucas said, "once I saw it hit. I felt like I was really on balance when I let it go. I felt really good technically. The ball had some heat on it, so I was pretty excited when I let it go. Once it hit, I was screaming and pumping my fist."

"It's awesome for us to both get that done this weekend," Lucas said. "For us to walk away as national champs from the same area, I think it's a really special thing to have from our hometown."

In his journey from long-limbed state silver medalist in the discus and shot put at Warwick to collegiate national indoor champion, Lucas battled to find balance. As a college freshman, he was diagnosed with generalized anxiety disorder. He started seeing a psychologist and sought cognitive behavioral therapy.

"Working on a lot of those intangible factors," he said, "is something that's been going on for the last year and a half, two years. A whole lot of it over this past year, just trying to work on the little things and learning how much mental health really plays a big role in all of this."

As he bulked up physically, adding about 30 pounds of muscle to his high school weight, Lucas also immersed himself in the key components of visualization, imagining himself throwing on the sport's biggest stages with every rep in practice.

Lucas picked up the indoor weight and outdoor hammer throws for the first time in college. He said that working under the tutelage of Nittany Lions assistant Lucais Mackay — a former NCAA champion in the hammer throw and six-time All-American — expedited his development.

"I like weight throw," Lucas said, "because I've got such a beginner's mindset in that event, and that's something I'm trying to adopt more of in my other events."

The pure emotion of winning a NATIONAL CHAMPIONSHIP! David Lucas takes the weight throw title with a throw of 24.02m (78'-9.75") #WeAre pic.twitter.com/kiahj5I0wT

"I feel like I'm finally starting to make an imprint here," he said of the Penn State program, which finished the season 10th in the men's rankings. "I've got some absolutely fantastic teammates, some real standouts and people who are going to continue to develop and do excellent things for the program."

With 400-level classes on his plate and the outdoor track and field season, which features the discus, shot put and hammer throws, set to begin March 23, Lucas shifted his focus to balancing his schedule as a bio behavioral health major working toward a minor in health policy and administration. He put his NCAA championship trophy on a window ledge at his apartment to remind him of his success and redemption and the psychological weight lifted from his broad shoulders.

"I see it every time I walk into the room." he said. "I'm still trying to let it sink in."