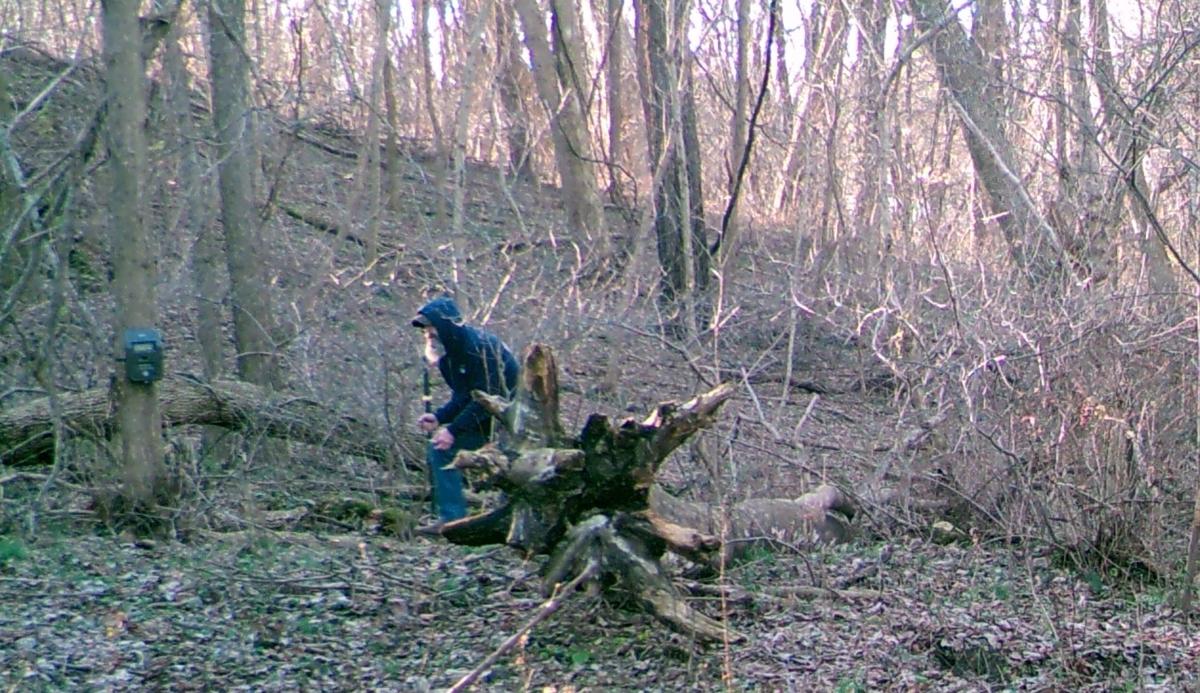 A hidden field camera captured this photo of a man stealing a hunter's trail camera near Conestoga. 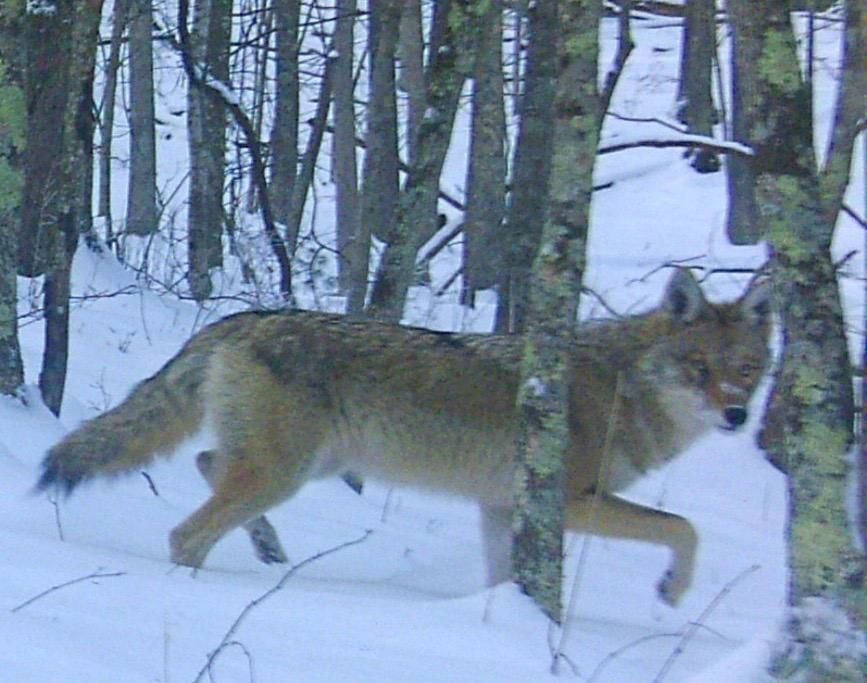 A coyote is captured on a field camera. The cameras are invaluable tools in helping hunters pattern game and catch exciting glimpses of furtive wildlife, but thefts have become too common.

A hidden field camera captured this photo of a man stealing a hunter's trail camera near Conestoga.

A coyote is captured on a field camera. The cameras are invaluable tools in helping hunters pattern game and catch exciting glimpses of furtive wildlife, but thefts have become too common.

Say what you want about social media, it can catch a thief.

Two Lancaster County hunters can attest to that. Both had field cameras placed in private, posted woods swiped. Both were angry and disgusted enough to do something about it. After posting photos on Facebook and seeking help from the public, both found out who had stolen their property. Read on to find out how, with the tables turned, they exacted justice.

Field cameras have become indispensable aids to many deer hunters, especially archers. The cameras help pattern where deer are traveling and if there are nice bucks in the vicinity. And there’s the bonus of capturing images of elusive wildlife such as bears, coyotes, foxes, bobcats and fishers, to name a few.

As competition has driven down prices, field cameras have become relatively inexpensive aids in pursuing that deer. Many hunters use multiple cameras in advance of hunting seasons, or all year long.

But thefts of the cameras mounted to trees on public and private property have become both disturbingly and infuriatingly common. Rarely are culprits found or the cameras recovered.

I know few hunters, including myself, who have not had field cameras disappear from the woods at some point.

Dakota Royer, an ardent archer who lives in Lancaster, has had sets of field cameras stolen three times from the same farm near Millersville to which he had exclusive hunting rights. But this last time he laid a trap.

He placed seven cameras on trees in strategic spots. Most of them were dummy cameras without batteries or memory cards. Then, he placed an eighth camera, one that sends images to his cellphone, in a tree pointing at the other cameras.

One day several weeks ago, three photos of a bearded man in shorts with a dog popped up on his cellphone. Royer drove to the woods and, sure enough, all the cameras were gone.

He placed the three photos on Facebook and asked for help in identifying the thief. Other people quickly shared the story on hunting, fishing and trapping Facebook pages.

The quest for justice became a morality tale of sorts. More than 300 people wrote comments of outrage at the petty thievery and told of being victims themselves.

“I’ve lost so many cameras on my own property I quit using them,” one hunter bemoaned.

“I put a camera up earlier this year. First time I checked it, it was gone,” added another hunter.

“Outdoorsmen that steal from other outdoorsmen are scum,” wrote a third.

More than one commenter urged Royer to beat the crap out of the thief, if found.

A number of people said they thought they knew the identity of the thief. But they didn’t pan out. Then someone wrote him with a name and Instagram account. Royer looked up the man’s address and it was an apartment complex next to the farm.

Royer sent the man a blunt private Facebook message, saying he knew he had stolen the cameras, knew where he lived and had photographic proof ready to go to police.

The man, who was a hunter, apologized and said he got scared when he saw he was being photographed. He assured Royer he had not stolen his cameras twice before.

Royer retrieved his cameras. He is still mulling whether to also go to police like many are advising him to.

“It’s a bad feeling because I feel that hunters have a brotherhood and we treat everyone with respect. To have this happen from another hunter is really sad,” he says.

Among those who read of Royer’s misfortune and shared on Facebook his plea for help in finding the thief was Raymond Clare Jr., a bowhunter from Conestoga.

Last December, Clare had gone into the woods on private land he had exclusive permission to hunt near Conestoga to check his two field cameras. One was gone but the thief had not found the second one. Checking the memory card, Clare found photos of a man approaching the stolen camera. From the time stamp, Clare realized he had missed the culprit by a mere hour.

That night, he posted the photos on Facebook to everyone he knew and made leaflets with the photos that he posted at local restaurants and stores. More than 600 people shared the appeal for an ID on Faceook.

Five people contacted Clare with the same name, a man who lived in a trailer park right next to the posted farm. They all said the man was bad news.

Clare took the information and photos to state police. It turned out the man, who is not a hunter, also had warrants for his arrest for other crimes. The man has apparently skipped town and his whereabouts are unknown.

Like Royer, Clare finds it hard to understand the mentality of stealing what does not belong to you.

“I’ve walked by many cameras in the woods. I look at them and go on my way,” he says. “When you go there, your cameras should still be there.”

The problem with trail camera thefts has gotten so bad that one state legislator is trying pass a law to stiffen penalties. Since 2017, Rep. Neal Goodman of Schuylkill County has been pushing a bill that would make the penalty for stealing a field camera up to a $1,500 fine and up to three months in jail. Also, there would be a mandatory one-year revocation of one’s hunting license.

The bill also would make the crime one to be investigated by a game warden. Currently, thefts are handled by local police, who may not give them high priority.

The bills so far haven’t gotten out of committee, a victim of the stalemate over the Game Commission’s quest for a license fee increase, according to a spokeswoman for Goodman.