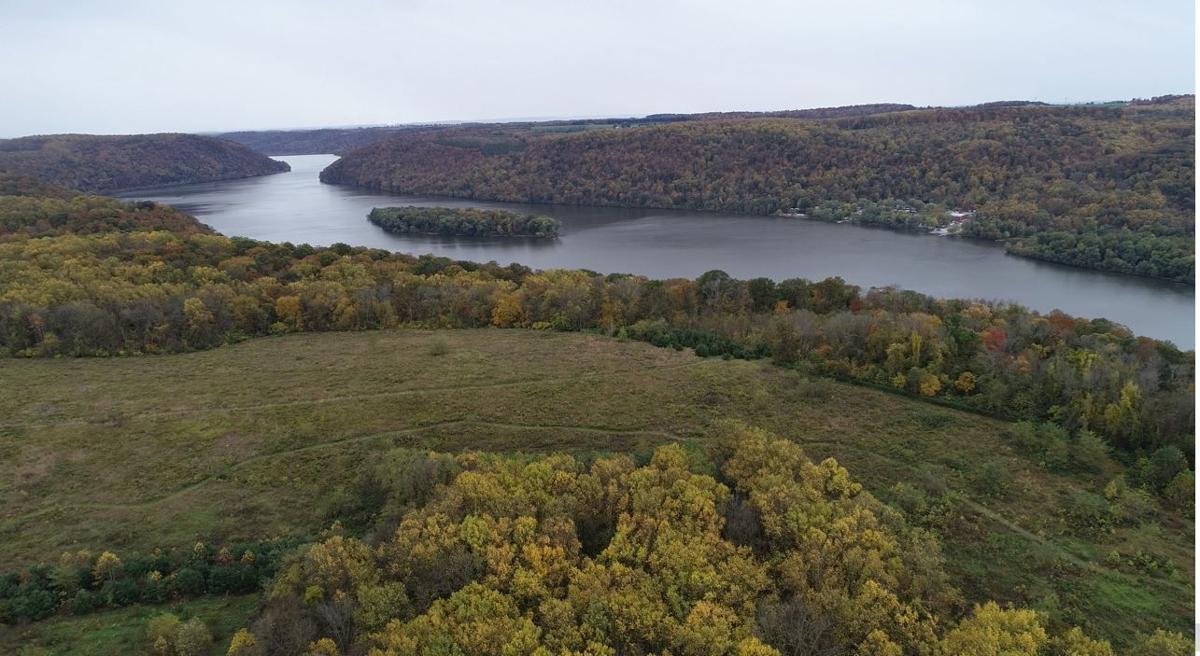 The River Hills in Lancaster and York counties serves as a wildlife corridor. 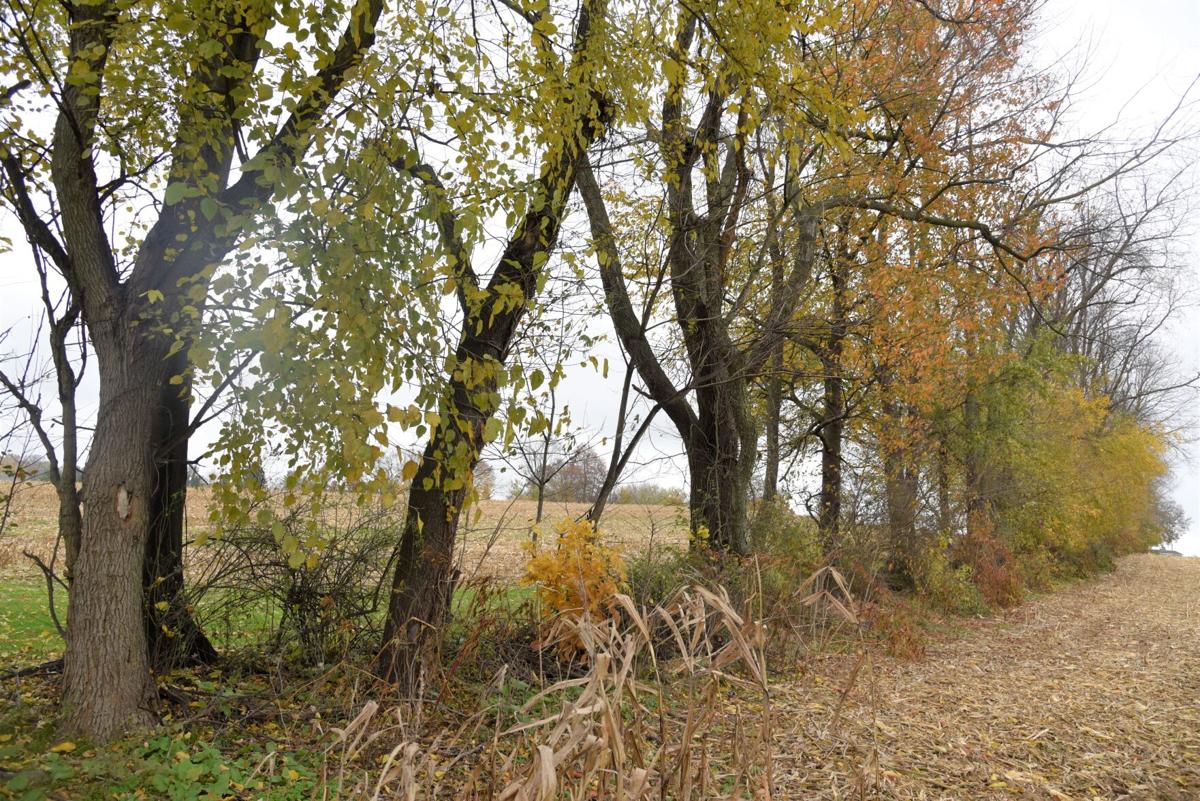 Hedgerows between farm fields in Lancaster County like this one in West Lampeter Township once served as important wildlife corridors.

The River Hills in Lancaster and York counties serves as a wildlife corridor.

Hedgerows between farm fields in Lancaster County like this one in West Lampeter Township once served as important wildlife corridors.

When I was a lad visiting my grandparents’ farm in Illinois, I would sometimes carry a .22-caliber rifle and walk along a thick hedgerow between farm fields. More often than not I would kick out a rabbit or squirrel.

It was an early lesson on the value of wildlife corridors in the movement of animals. Lancaster County used to be one of the top spots in the East for pheasant hunting. Now that hedgerows are virtually gone on farms, among other reasons, there are no reproducing pheasant populations.

With ever-shrinking habitat and negative forces of climate change coming to bear on declining numbers of animals, birds, plants and trees, a movement has emerged in Pennsylvania to secure more wildlife corridors, especially by connecting core tracts of public forests and ecosystems with each other. Think the Poconos, Laurel Highlands, Pennsylvania Wilds, state forests and others.

Some 59% of the state is forested, but hardly contiguous. Fragmentation is increasing from roads, natural gas production, development and other causes. That can lead to animals having to cross roads and, even in some cases, trek through towns to find food, water, shelter and mates.

Invasive species, diseases and pollution add to the increasing burden on plants and wildlife.

State Rep. Mary Jo Daley, who is dismayed by the number of deer she sees struck by cars in her Montgomery County neighborhood, has introduced a bipartisan resolution calling for the Legislative Budget and Finance Committee to study and issue a report on how to better connect existing corridors in the state.

The study would be done in consultation with state and federal agencies, sportsmen’s and environmental groups, universities and private landowners.

“We don’t think this will be hugely expensive,” she says. “There’s already data out there. There are corridors in Pennsylvania but no one has looked at where they are and who owns them.”

Corridors could include existing hiking trails and greenways.

Daley actually calls them conservation corridors in her request because supportive state agencies want to include passageways in the air for migrating birds and waters for the movement of fish and amphibians.

She says the effort has the support of the state Department of Conservation and Natural Resources, Fish and Boat Commission and the Pennsylvania Game Commission. PennDOT also is involved.

Daley and others think such corridors would benefit both wildlife and humans in Pennsylvania.

For humans, corridors might help deer and other animals cross under roads, or at least at safer points, reducing collisions in a state with the highest number of crashes in the country.

Some states and countries have built raised vegetative overpasses over roads and highways for wildlife. But Daley says in Pennsylvania such simple measures as using fencing to guide animals to safer crossings or placing culverts designed for animal and fish passage under roads could help.

On the nature side, wildlife needs to move to find mates, create genetic diversity, establish new territories and for food. Increasing forest fragmentation hinders all that.

Plants and trees, as well as some animal species, will need to migrate as global warming takes hold, notes Anthony Bastian, a Delaware County resident and co-founder of Pennsylvania Habitat Connectivity.

Trees and plants that need cooler temperatures, such as Pennsylvania’s cherry trees so important to the timber industry, are expected to migrate north and will need corridors to allow them to do that or they will die in place.

Bastian thinks the corridor push “is the greatest idea since national parks. We won’t be creating new land but we can connect core quality habitat.” The group wants various state agencies to form a steering committee and come up with a coordinated approach to improving conservation corridors.

Some of those efforts already have begun in Pennsylvania. The state Department of Conservation and Natural Resources has made connectivity in the landscape a priority in grants it awards, notes Rebecca Bowen, the department’s chief of conservation science and ecological resources.

Lancaster County recently became the first county in the state to be certified as a community wildlife habitat by the National Wildlife Federation. Through the efforts of the Lancaster Conservancy, more than 538 yards, schools, businesses and churches were planted with native trees, plants and gardens to reduce stormwater runoff and provide shelter and food for wildlife and pollinators.

“With a critical mass of certified gardens, the goal is to create corridors for wildlife to thrive,” said Linda Ferich of the conservancy.

The Nature Conservancy for years has chunk by chunk protected the Kittatinny Ridge, which runs for 185 miles through Pennsylvania from the Mason-Dixon Line to Delaware Water Gap.

It is being protected as the most resilient landscape in the state for adapting to climate change, allowing both four-footed animals to move freely and protecting a key bird migration route. Hawk Mountain Sanctuary, for example, is located on its spine.

Purple Christmas trees are a thing. Watch how they do it [photos, video]

Check out the holiday lights locator map for the Lancaster area; enter our contest

Leading the way down a grassy lane on an October morning, Tim Eck paused regularly to look skyward and examine the treetops bordering a narrow…

Ed Mitchell had just pulled out of a gravel lot a little before 10 a.m. Saturday in rural Penn Township when he abruptly brought his pickup to…