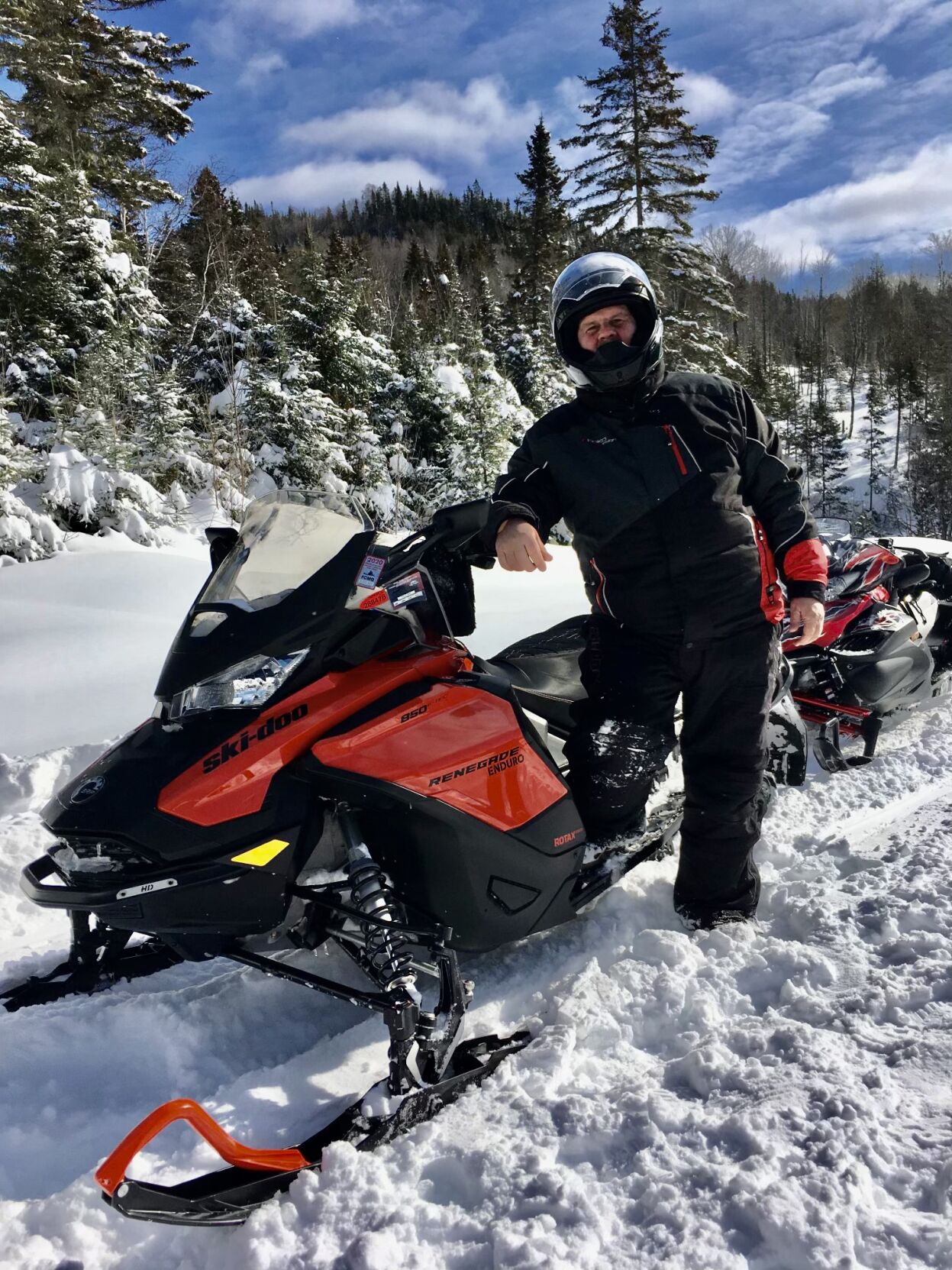 Leon Yoder with his snowmobile on the open trail in Quebec. 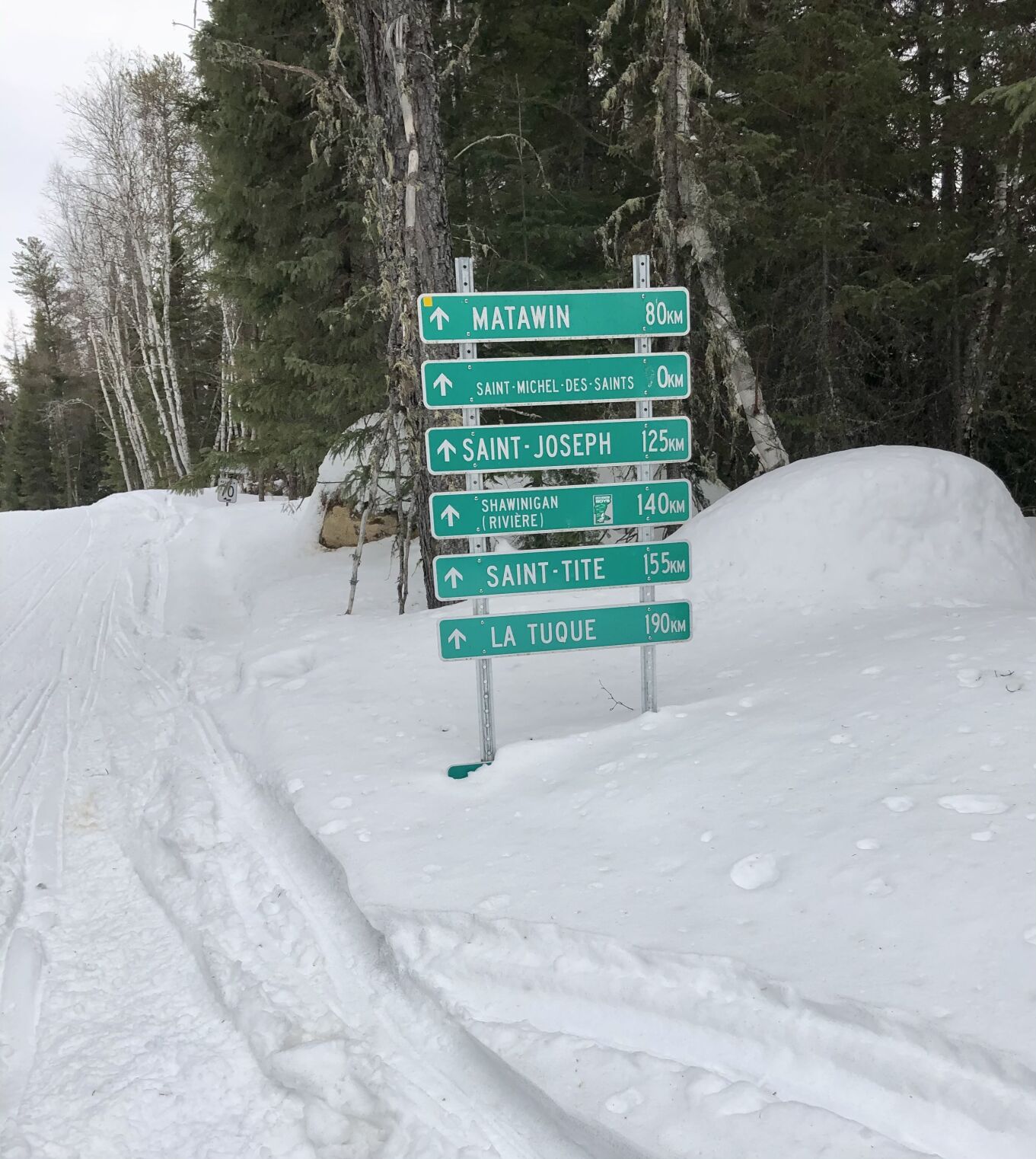 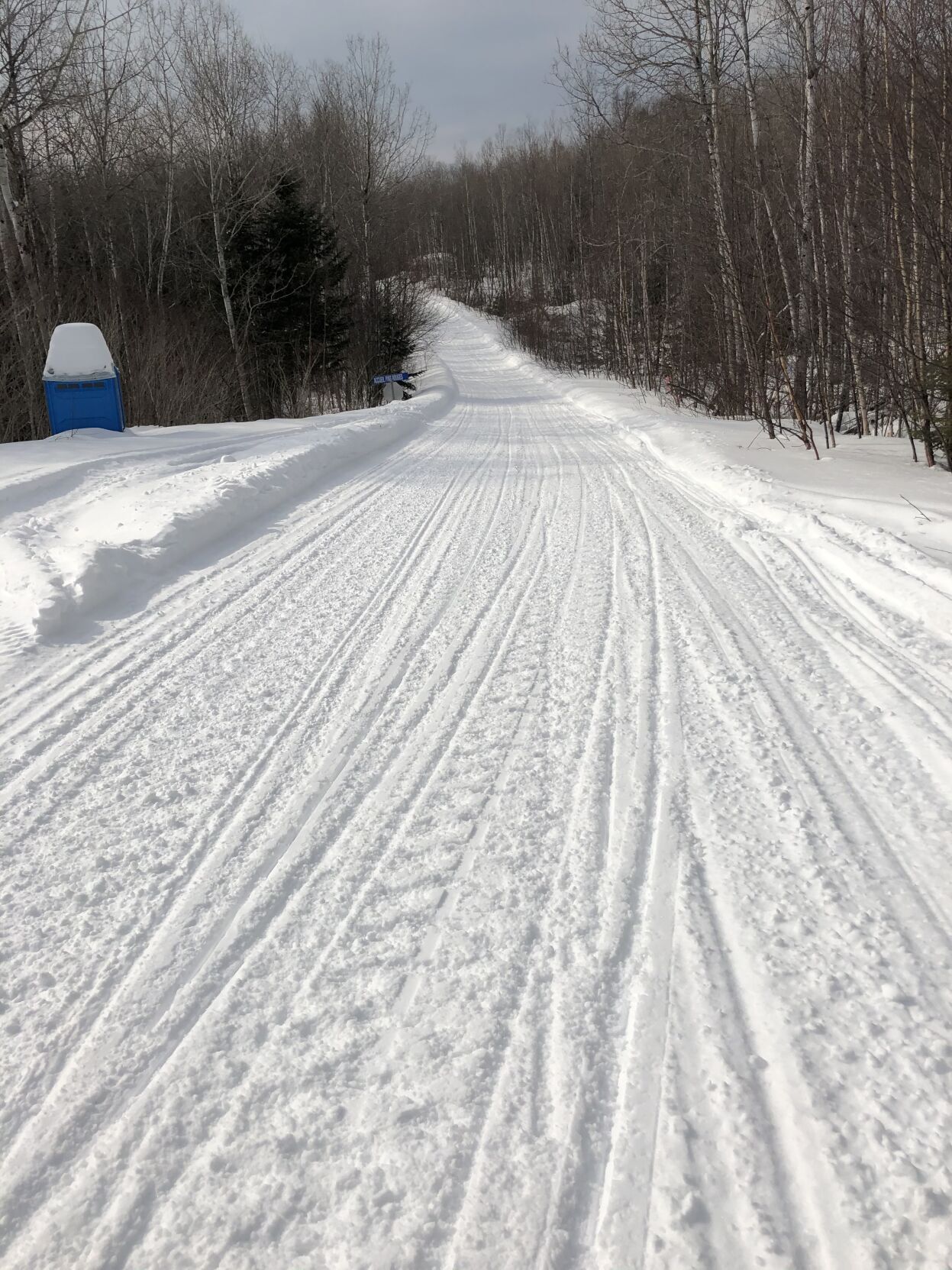 A groomed trail ready for snowmobilers in Quebec.

Leon Yoder with his snowmobile on the open trail in Quebec.

A groomed trail ready for snowmobilers in Quebec.

With such wimpy winters, you might think these are lean times for local snowmobile owners.

Not if you are Leon Yoder, Calvin Ewell, Marvin Martin and Willie Zimmerman.

The last we checked on the four, in February 2000, they were sledding their way across Canada in a nearly 5,000-mile, 23-day snow odyssey.

Now, nearly two decades later, they are still finding snow for their wintry adventures. In fact, they leave for Maine in two weeks for a 10-day, 1,500-mile ride in the deep woods with four other friends.

They haven’t missed at least one winter trip as a group since that big one 20 years ago. Almost annually they go to Canada, where there are more miles of snowmobile trails than roads. Their favorite spot is in Quebec, but they’ve also traveled in New Brunswick and Ontario.

With the border still closed because of COVID-19, this year they picked the northernmost of the eastern states with its 14,000 miles of groomed trails as a substitute for their big trip.

But before that outing, Martin will haul his Arctic Cat mountain snowmobile to Wyoming and then head to the Upper Peninsula of Michigan after Maine to give his Yamaha trail snowmobile a workout.

Global warming or not, there’s snow to be found on this continent, and these guys will track it down. They’ve snowmobiled in April.

What’s the allure of speeding through the snow at up to 100 mph when the wind chill is often below zero?

“It’s probably similar to a guy riding a motorcycle,” suggests Martin, 61, of Myerstown. “It’s hanging out with your buddies and going to new places. It’s pushing the limits, running down the trail. You’re out in the middle of nowhere.”

“We call it backpacking,” says Yoder, 60, of Leacock Township. “We put luggage on our snowmobiles and don’t have any reservations. We go until we find a nice bed and breakfast in a nice town and head out the next day.

“You get away from the rat race. It’s like you can clear your mind. It’s just in your blood and makes the winter go fast.”

More than once, the snowmobilers have had to stop their machines and wait for a moose to decide to move. In Yellowstone National Park, Ewell, 60, of Blue Ball, had the same trail hazards with free-roaming bison.

Their machines have broken down, they’ve overturned, run out of gas and been caught in snowstorms.

The group often follows groomed trails on public land. They cross frozen lakes and sometimes ride (legally) on berms beside roads and on railroad beds. They drive into town on their machines and top off the day with a steak and beer.

Technology has advanced for the sport, even as snowmobiles have gotten more expensive. Yoder rides with heated handlebars and a heated helmet with three control settings.

The pull of the white stuff has not waned in any of the veteran snowmobilers. Says Yoder, “A lot of people go south in winter but we love going north.”

Does any of the following apply to you?

How might a new PA doe-tag system work, and would it be better?

Awakening senses and bonding in the winter woods

DRIFTWOOD, Cameron County — Around what bordered on a bonfire, munching elk sausages, our tents on a mattress of deep snow amid a house-size “…