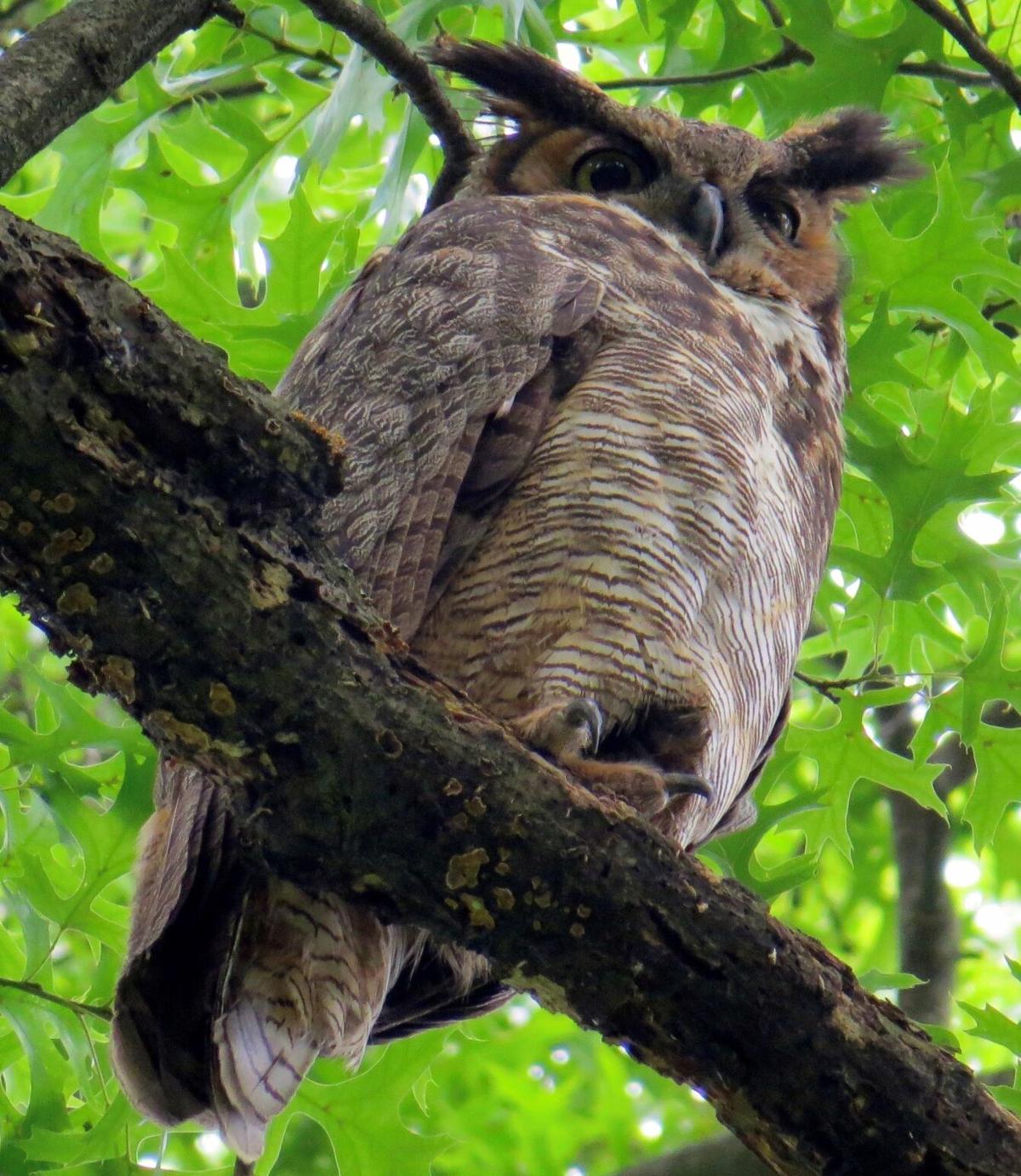 The neighborhood’s wooded lot has attracted a lot of nestings from birds of prey over the years, such as this great horned owl. 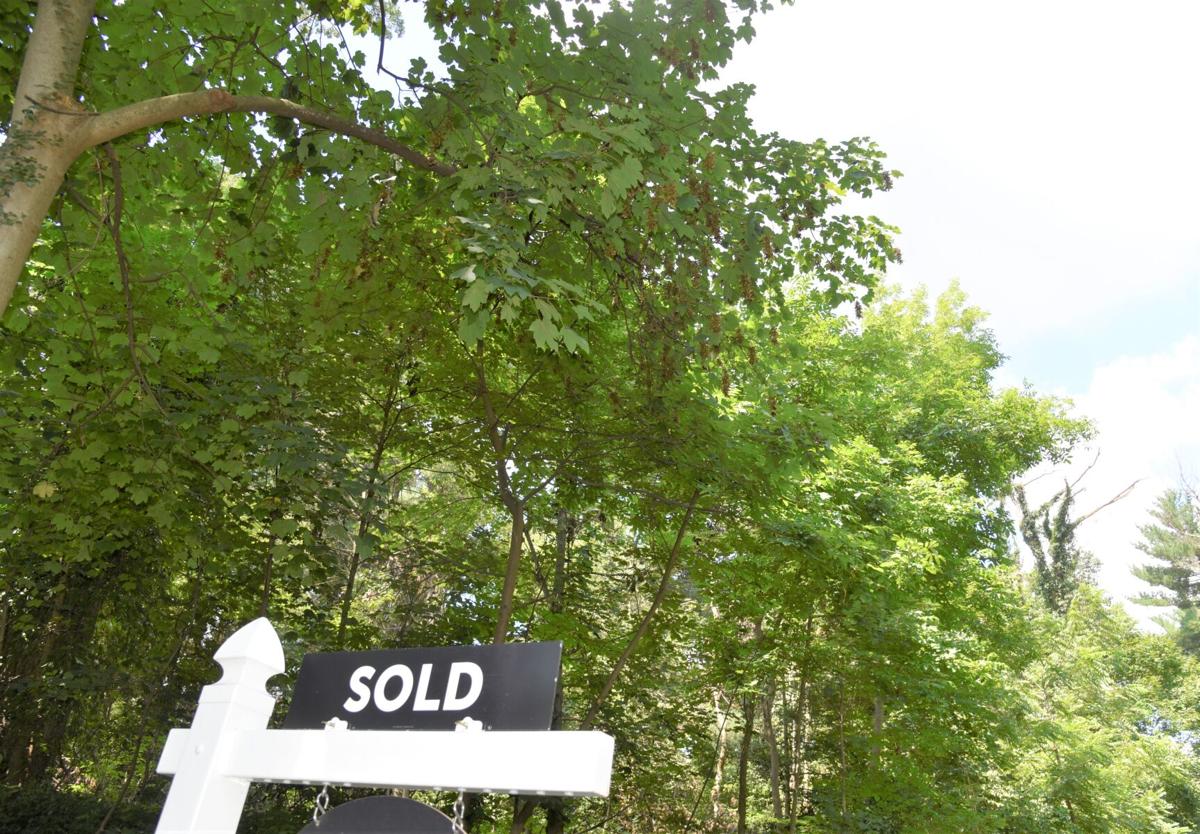 The last wooded lot in Conestoga Woods may soon be gone.

The neighborhood’s wooded lot has attracted a lot of nestings from birds of prey over the years, such as this great horned owl.

The last wooded lot in Conestoga Woods may soon be gone.

All of us knew this day would come. That a For Sale sign would go up amidst the stinging nettle on the edge of the last patch of trees in our old neighborhood along the Conestoga River. That a triumphant SOLD would crown the offering.

But now neighbors and I mourn the impending loss of that modern curiosity — vacant lot in a neighborhood allowed to grow as it pleases. It’s a simple thing that has been a never-ending source of wonder and comfort among us.

A square conglomerate of woods only a half-acre in size, the woodlot is bordered on two sides by streets, and on the other sides by homes, one being ours. Its floor is choked by English ivy and goutweed-both invasive plants-and poison ivy vines as thick as a gallows rope.

It was once part of the 19th-century Landis farm and our property line contains a mammoth oak tree and a walnut tree that probably stretch back that far.

But, at one time, the lot was transformed into a nursery for Christmas trees for the use of neighbors and as a community gathering spot. So the woods now are dominated by large hemlock, spruce and white pine trees that have grown so close that it’s hard to walk through them. There is a darkness even at midday.

Yet this small collection of mature, young, dying and dead trees is testament to how little is needed to support a rich ecosystem of wildlife.

We don’t always see them but few are the days that deer aren’t spending time among the trees bedded down or passing through. The tall, thick conifers have attracted quite a few nestings of birds of prey through the years. I’ve found great horned owl nests three times and been treated to wide-eyed owlets, covered in more down than feathers, learning to fly under mom’s tutelage.

This spring, a pair of Cooper’s hawks nested somewhere high up in the canopy. One of the adults was particularly curious for a raptor and whenever I ventured into the yard, it would squawk and fly onto a large horizontal branch on the walnut tree and we would eye each other.

Wood thrushes, to my ears, possess one of the most beautiful voices among birds. They returned to the woodlot early each summer and serenaded the neighborhood into the fall.

A bald eagle nest is just across the street from the woods and I wonder how much that factored into their decision where to build their nest.

As with any nexus of humans and wildlife habitat, there were adjustments that had to be made. Deer loved our hostas and during the rut, bucks often shred an ornamental tree or two. A family of groundhogs drilled under our stone wall and robbed us of tomatoes under the cover of night. This year, they’ve singlehandedly eaten our promising sunflower grove and pulled down a bee balm patch.

Last week, I caught sight of the juvenile raccoon that had been eating a suet cake a night, emptying the sunflower seeds from a hanging feeder and ripping down the hummingbird feeder. When I ran outside to put the fear of God in it, the creature climbed 5 feet and stared back in amusement. As soon as I left in a huff, it went back to eating the offerings.

Skunks waddle out of the woods and very much let us know when they do. Opossums tear open trash bags before collection morning. The grand old walnut trees drip some kind of waxy coating on our cars and dropped walnuts are minefields for the lawnmower. There is occasional roadkill. Sometimes I recognize the individuals.

When the American Farmland Trust recently assessed threats to farmland in Pennsylvania, it w…

Even so, the neighborhood has had a live-and-let-live attitude with our friends, recognizing their right to exist in the diminished homes we’ve left them.

One neighbor said she would “always cherish the time when my youngest daughter and I rescued four feral kittens from the edge of the wooded lot and the smile that never left her face as she placed them in the box and carried them home.”

We find satisfaction of a little bit of wildness in our midst.

“I’ve always enjoyed that respite spot among the homes, with just a little nothing there, knowing that there was a lot going on within,” said another neighbor.

“I know the deer take refuge in there when they aren’t grazing our lawns. It meant that Conestoga Woods neighborhood still had a small piece of untouched woods.”

I lie in the hammock, staring dreamlike at the interlacing network of branches above. Birds flit in the canopy. It saddens me that that will be gone. I feel blessed that I had it for a neighbor for 16 years.

The Latest: Hundreds gather near site of presidential debate

Fall starts next week, but when will leaves change in Lancaster County? It might be awhile

Lancaster County residents might want to have flannel shirts and sweaters on-hand this weekend, with forecasters predicting chilly, fall-like …