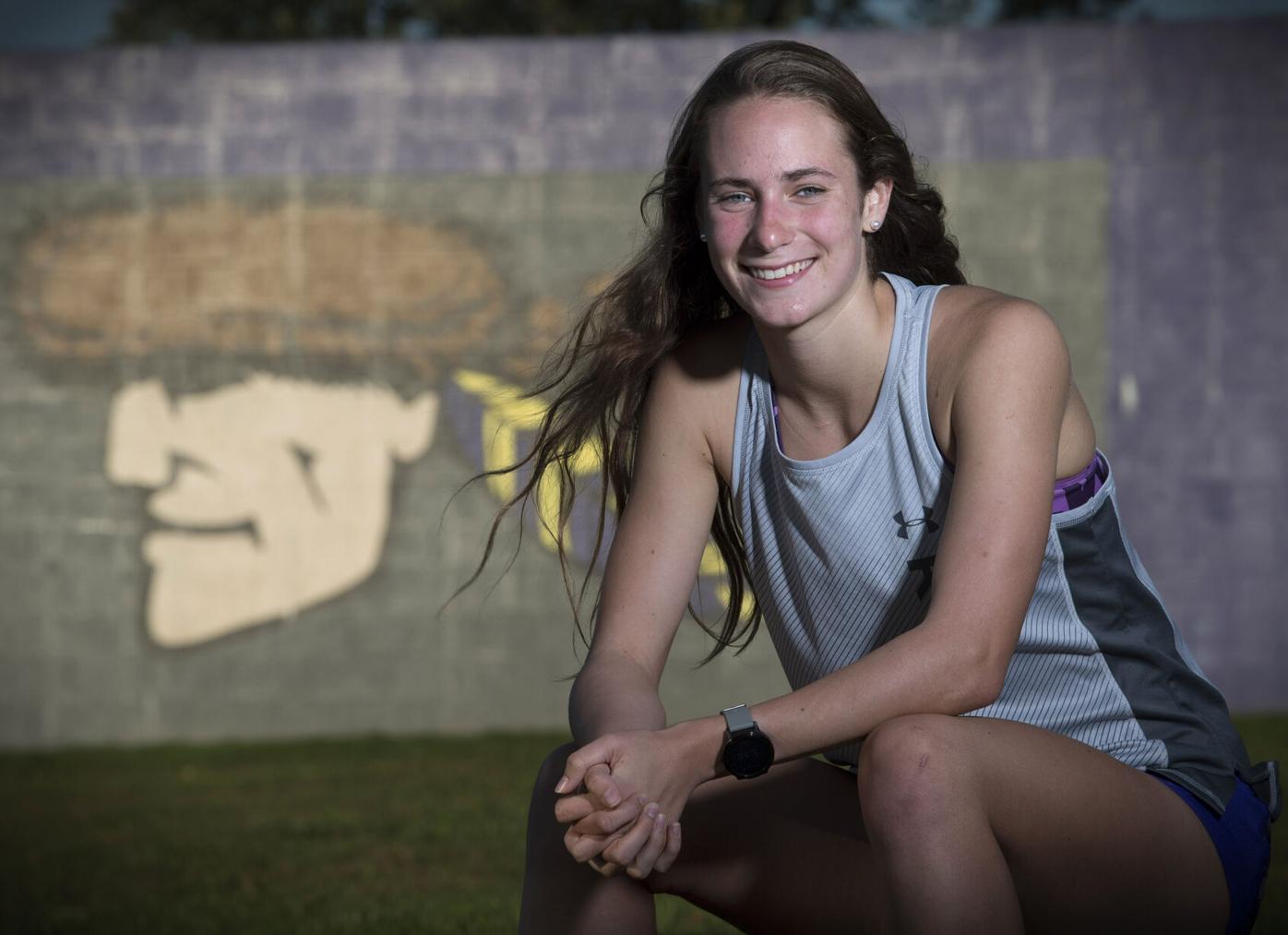 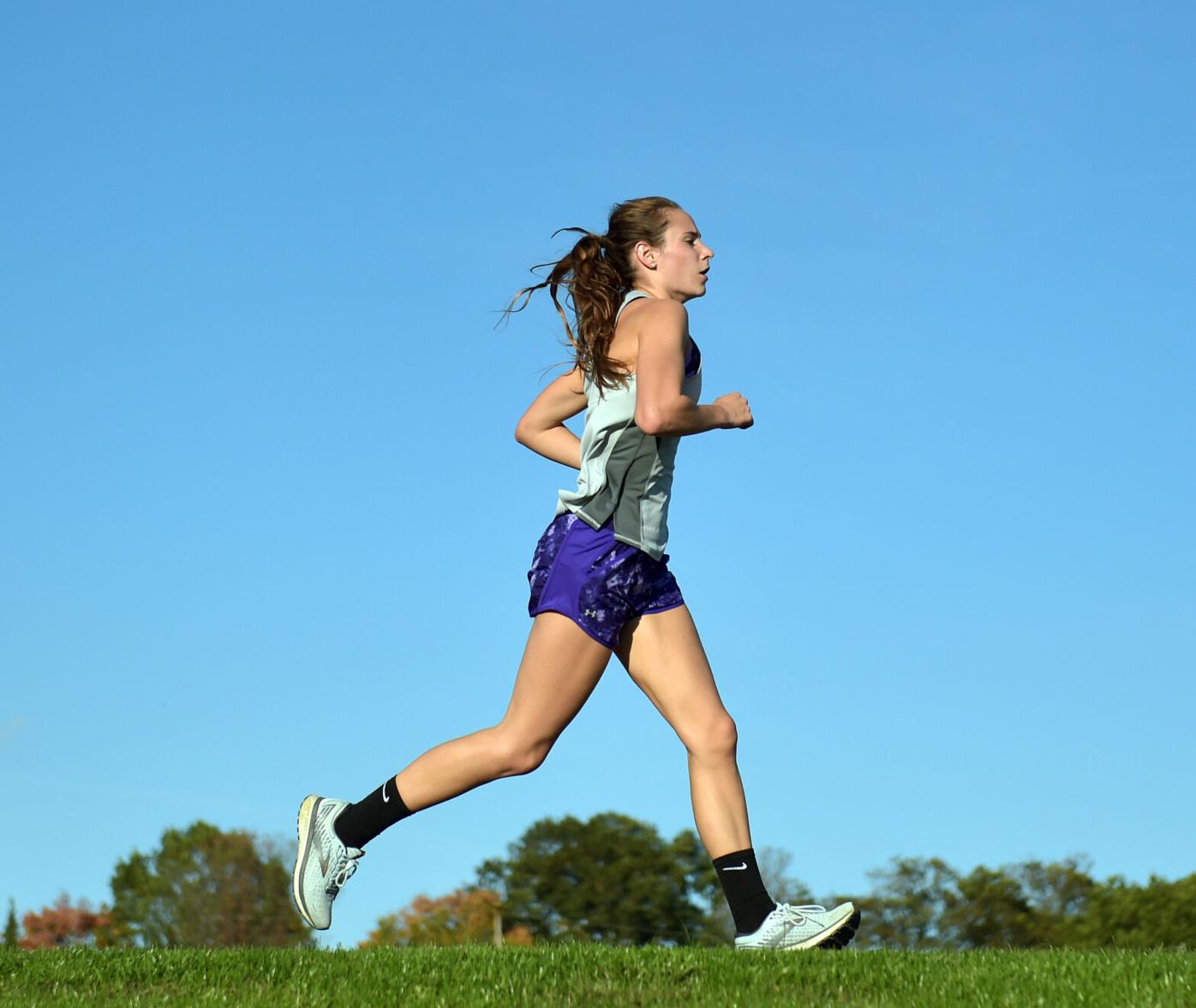 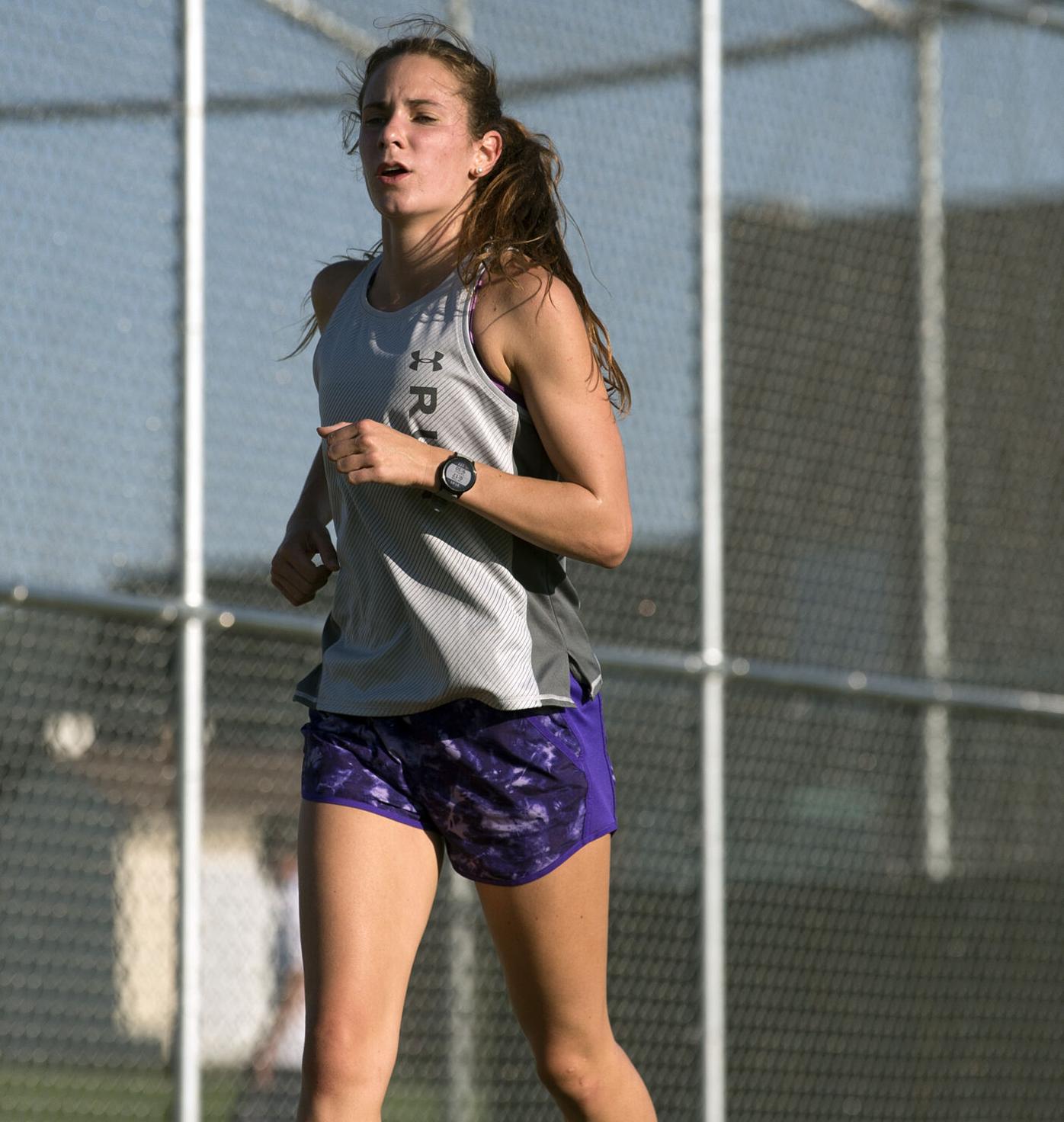 Alyssa Fedorshak was at her family’s Ephrata Township home one October evening about a year ago when she went into her bedroom in search of the charger for her laptop.

That’s when Fedorshak, who was barefoot, felt a pinprick on the bottom of her left foot. On the red carpet beneath her, she found one tiny, silver piece of a sewing needle. The other piece? That had snapped off in her foot. Three days later, she underwent an hourlong surgery to have it removed.

Just a week earlier, Fedorshak, then a junior at Ephrata High School, had competed in the Lancaster-Lebanon League girls cross country championship race. After her surgery, she thought she could heal fast enough to compete in the upcoming District Three Class 3A championship race, just four days later.

But it was not to be.

“The most heartbreaking news was when the doctor was like, ‘If you think you’re going to get this needle out in time to race by districts, you’re not. You’re done,’ ” Fedorshak said.

But this isn’t just a story about a runner having her postseason hopes dashed, then making her way back to again compete for a medal.

For Fedorshak, before things got better, they got much worse.

Fedorshak, 17, is now a senior at Ephrata and a favorite to contend for a title at Wednesday’s league championship. She’s a cross country runner in the fall, a swimmer in the winter and a long-distance runner for the track and field team in the spring. She plays the trumpet in the marching band. She’s a member of the school’s yearbook club. And she’s a member of five different National Honor Society groups at the school. She also works part-time as a lifeguard and a baby-sitter.

“I’ve been doing this grind since freshman year,” she said. “I jumped into all of that, biting off way more than I can chew. But I was like, ‘I have to stick with it. I have to learn. I gotta do it.’ ”

She had been able to manage her many responsibilities for quite some time. But by last February, she just felt weighed down by them all.

“I cried probably every other (swim) practice,” she said. “My school courses were so difficult. I was trying to juggle everything. I work so hard to study. And then I just don’t do well. I’m like, ‘What am I doing wrong?’ ”

The stress led her to break out in hives on test days.

Of 32 swimmers competing at the District Three Class 3A championship event in 100-yard backstroke Feb. 28, Fedorshak posted the slowest time.

“I can confirm in saying that I hit rock-bottom mentally in swim season for sure,” she said.

“To be completely honest, excuse me, but I had suicidal thoughts like twice a week,” she said. “That’s how bad it got.”

‘It pinned me against the wall’

“What I can definitely learn from that whole entire trial in my life was depression. ... It’s definitely real,” Fedorshak said. “It’s bad. ... It pinned me against the wall pretty bad. I was mentally ill at that point.”

Medication to treat anxiety helped for a bit. So did Fedorshak’s Christian faith.

“Once I prayed, gone,” she said. “Every time. There hasn’t been one time where Jesus hasn’t sat on my bed and told me, ‘Everything is going to be OK.’ ”

Relief also came after March 17, when Ephrata School District transitioned to remote learning because of the COVID-19 pandemic.

“It got me a moment of rest,” Fedorshak said.

By June, Ephrata cross country coach Mickey Molchany reached out to help. Dog-sitting for a friend at a house nearby, Molchany encouraged Fedorshak to join him for early morning runs.

“She seemed good through the summer and the preseason,” Molchany said. “Then the first meet happened.”

Fedorshak’s first three races of the 2020 campaign went as follows: fifth, second, first. She was the runner-up to Elizabethtown’s Maddie Quinn in the second race and beat McCaskey’s Arielle Breuninger in the third race. Both Quinn and Breuninger are top runners in the L-L this season. But Molchany felt something was still missing for Fedorshak.

Molchany is a 2010 Ephrata alum and former Mountaineers runner and swimmer who went on to run at Robert Morris University. In addition to being Ephrata’s cross country coach, he’s also the school’s swim coach, which explains why he lined up a Zoom call for his swimmers with swimmer Breeja Larson, who won a gold medal at the 2012 Summer Olympics.

“You should really be there,” Molchany told Fedorshak. “I think this would be good for you.”

Fedorshak took notes by hand throughout the Oct. 3 call with Larson.

Larson also told the people on the call to visualize yourself competing in an event before it happens.

“To the point where you already know what’s going to happen, all you have to do is just race it,” Fedorshak said.

Fedorshak has since won her last two races. Her best time in a race this season is 19 minutes, 21 seconds, closing in on her personal-best time of 19:04, set her freshman year.

“I think I have the most confidence I’ve ever had,” Fedorshak said. “This is the ‘Shak’ I remember.”

Still, Fedorshak knows depression isn’t something you beat and it goes away. It’s something she anticipates managing moving forward. But now she feels better equipped to do so. After all, she’s back on the grind again of juggling school, cross country, marching band and applying to colleges — she wants to study biology or biochemistry. With that can come the pressure she felt last winter.

“I know how to process all of that differently now,” she said. “I’m starting to see the light at the end of the tunnel. I see expectations now as motivations instead of roadblocks.”

Molchany has seen the changes in Fedorshak firsthand.

“Oh, my gosh. She’s in control during a race now,” he said. “She looks so much more relaxed. She goes to the start line looking relaxed and happy. ... When she puts her talent and her mental game together, that creates a nightmare for anyone going against her.”

The emotions were hard not to notice when Ephrata’s Alyssa Fedorshak crossed the finish line Wednesday.

Warwick runner Ella Hartel exploded onto the Lancaster-Lebanon League girls cross country scene this time a year ago. As a freshman last fall,…