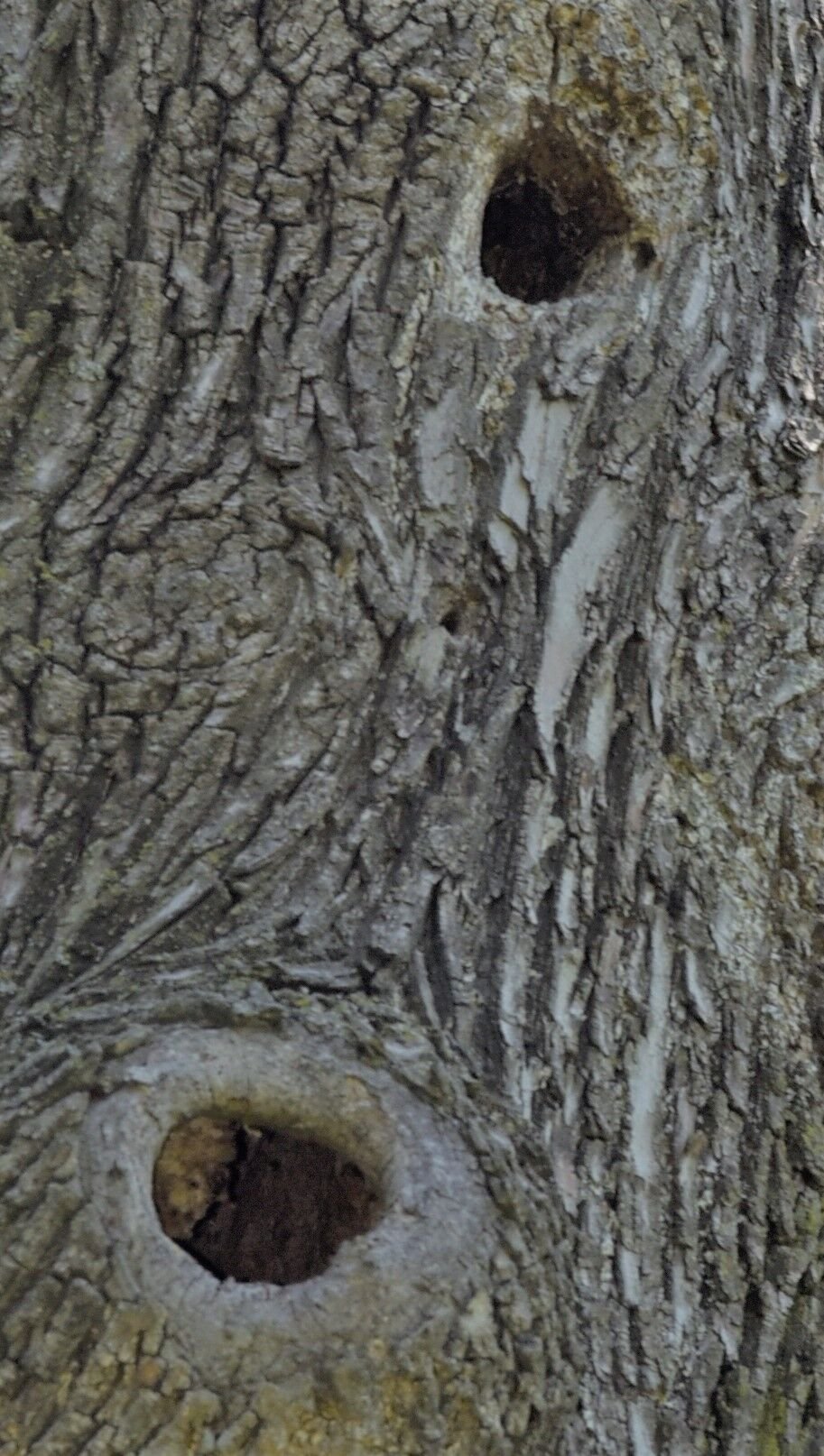 Cavities in dead trees are used by wildlife including woodpeckers, squirrels and bears. 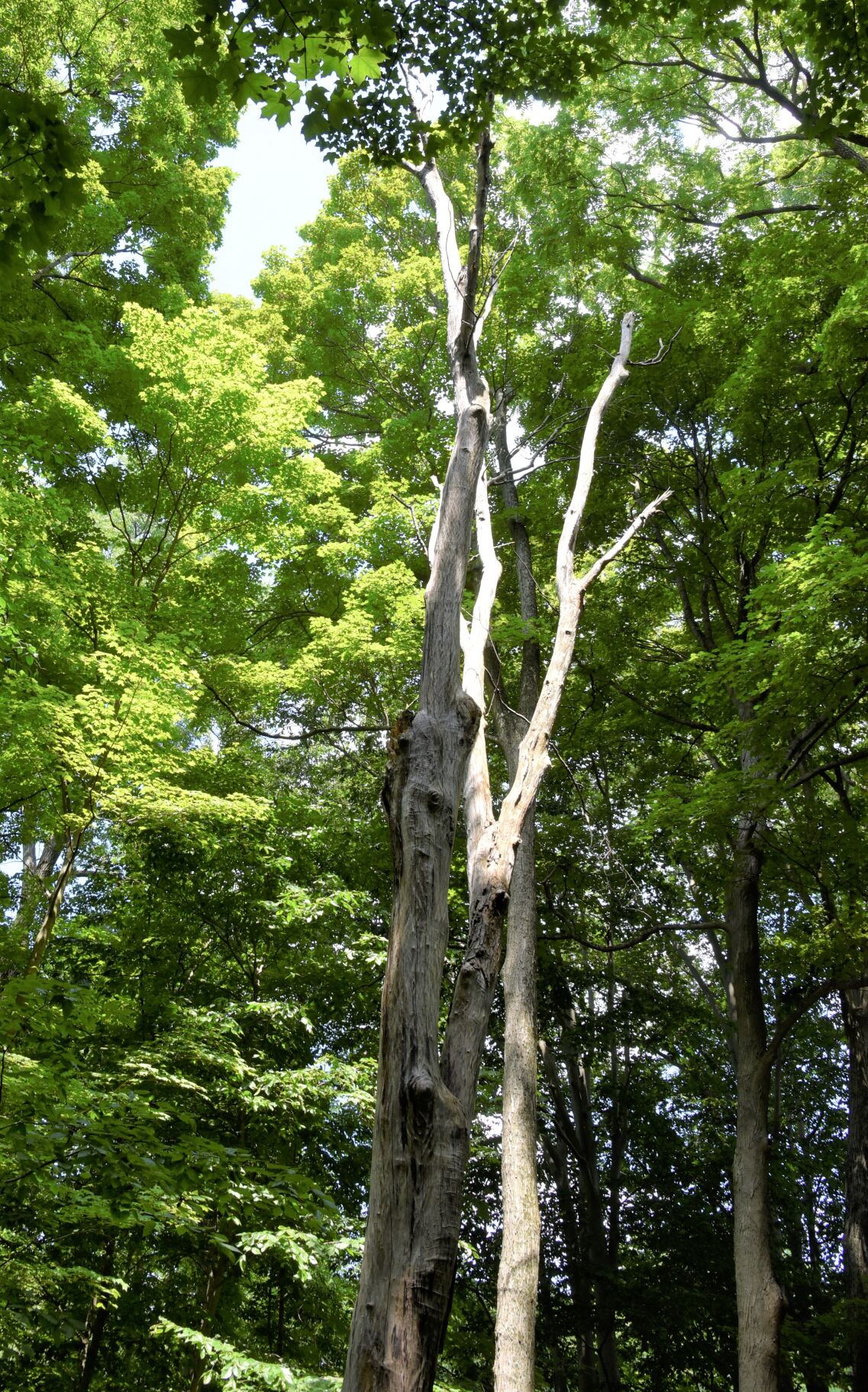 A standing dead tree, or snag, in Lancaster County Central Park will be allowed to benefit wildlife, even after it falls. 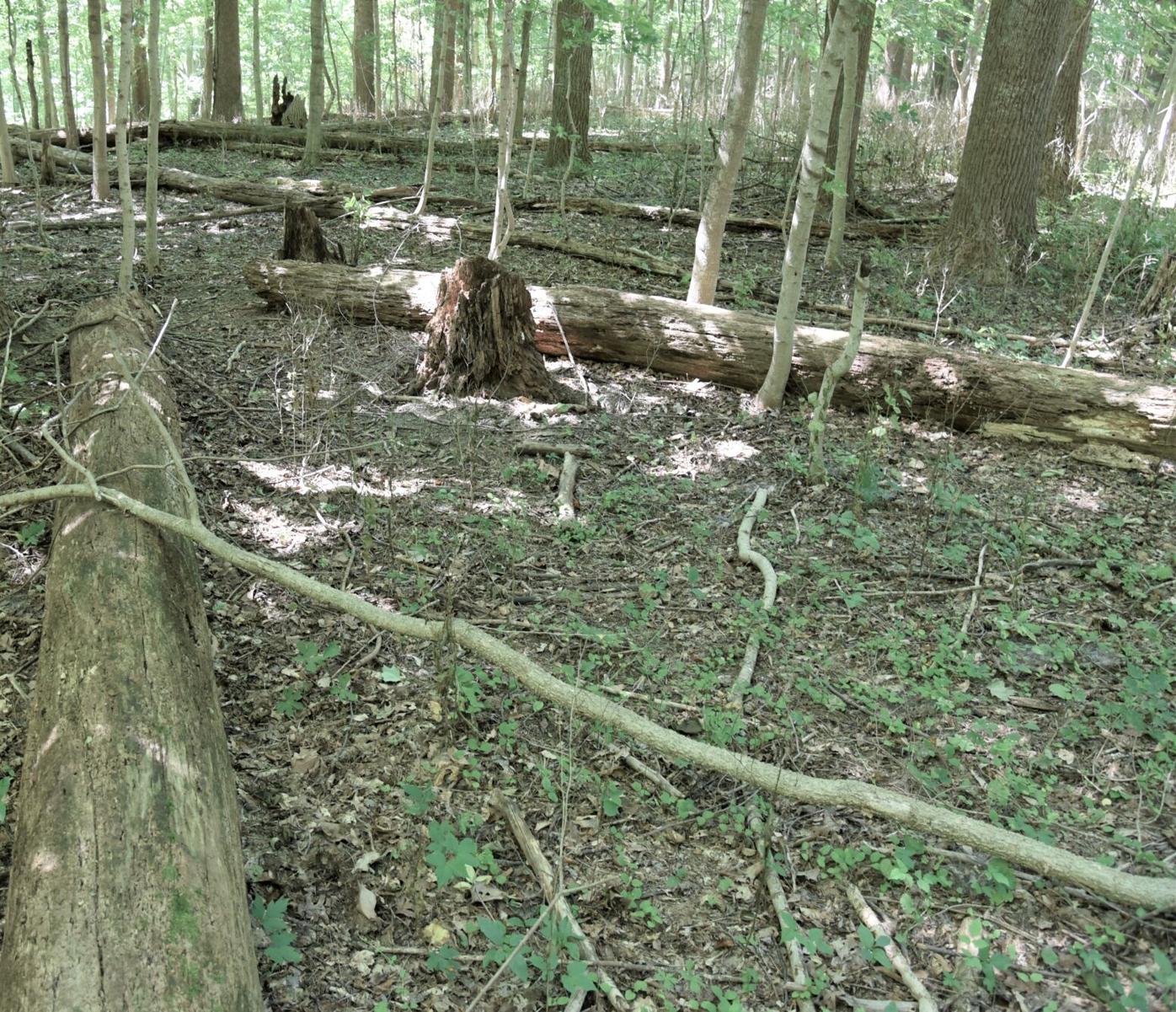 Cavities in dead trees are used by wildlife including woodpeckers, squirrels and bears.

A standing dead tree, or snag, in Lancaster County Central Park will be allowed to benefit wildlife, even after it falls.

In our yards and parks and woods.

Far from ugly lifeless scars, dead trees and fallen logs are increasingly being recognized as vital to wildlife, especially in these hard times of declining birds and pollinators. In fact, for some species, dead trees are more important than living ones.

Let’s count the ways. Insects that burrow under dead bark support many types of bug-eating birds such as woodpeckers. Cavities in dead or partially dead trees are used as homes for many species, from flying squirrels to bears. Hawks and owls scan for prey from bare trees, and indigo buntings and other birds use branches for singing, perching in the sun, and to call in mates. Bats roost in peeled bark.

Trees continue as key links in the ecosystem once they fall and begin decomposing, plowing nutrients back into the ground. Insects, salamanders and frogs take up residence. Skunks and woodpeckers stop by for the smorgasbord. Snakes and mice seek cover. Mushrooms pop up in the rotting wood, important food for turtles, birds, mice and deer. Ruffed grouse drum earnestly from stumps. Foxes and squirrels use the logs to travel noiselessly.

It took us awhile to come to appreciate that dead trees are just as important as living ones.

The first apparent call to save dead trees, now known as snags or habitat trees, came in 1819 from a German scientist. Throughout the 19th century, a concern for dwindling bird populations, especially insect-eating ones, generated further calls to let dead, hollowed trees remain.

In the 1900s, American hunters and trappers called for the conservation of “den trees” to aid bear and other game animal populations. But as timber values outstripped ecological ones, cutting down “faulty” trees remained the norm.

But the age of environmental awareness in the 1970s finally brought recognition to the conservation value of dead trees. They were rebranded as habitat trees. The alarm of disappearing bees and other pollinators in recent years has swelled the calls to save dead trees, even in urban settings.

“The concern for pollinators has expanded it,” says Margaret Brittingham, a Penn State Extension wildlife specialist. “If the pupa of caterpillars that feed on oak leaves fall onto a mowed lawn, they won’t make it. And bees like to bore into dead wood for winter.”

In Sydney, Australia, the Sustainable Gardening group is working with arborists and communities to doctor dead or live but threatening trees. With chainsaws, dangling limbs are cut off and cavities created. Then, nesting boxes for various species of birds and animals are inserted. The habitat trees are being fashioned in prominent parks and public locations with the hope of getting residents to do the same in their own yards as an alternative to tree removal.

Local parks and state agencies have embraced the concept of dead wood for wildlife.

At the nine Lancaster County parks, trails and one natural area, the policy is to let dead trees stand and fall naturally unless the trees pose a safety hazard to hikers, pavilion users or roads.

The Lancaster Conservancy has a similar policy, noting snags and fallen trees’ importance for habitat, soil building and improved water quality as decaying logs act as sponges. Downed wood is considered such a vital mix to the ecosystem that the nonprofit does not allow the removal of trees for firewood.

“Dead wood feeds a soil food web specific to forest conditions, which benefits the entire forest ecology from microbes all the way up the food web to large mammals and birds of prey,” said Brandon Tennis, senior vice president of stewardship.

Some species, such as woodpeckers and nuthatches, hollow out their cavities from decaying heartwood, while others move into and enlarge the hollows.

A small percentage of Pennsylvania’s forests hold snags, which is why the Pennsylvania Game Commission for years has sold thousands of nesting boxes for bats, kestrels, bluebirds, flying squirrels, barred owls and bees.

However, Brittingham notes, snags have increased in more recent years with the devastation of gypsy moths, emerald ash borers and other forest pests.

Wildlife managers hope private forest owners and even homeowners will cultivate snags on their properties, safety permitting. Dead trees can stand for decades, they note. Even a branchless trunk has wildlife value.

As one Game Commission flyer observes, “If you’re into wildlife, you should be into dead trees.”

All of us knew this day would come. That a For Sale sign would go up amidst the stinging nettle on the edge of the last patch of trees in our …