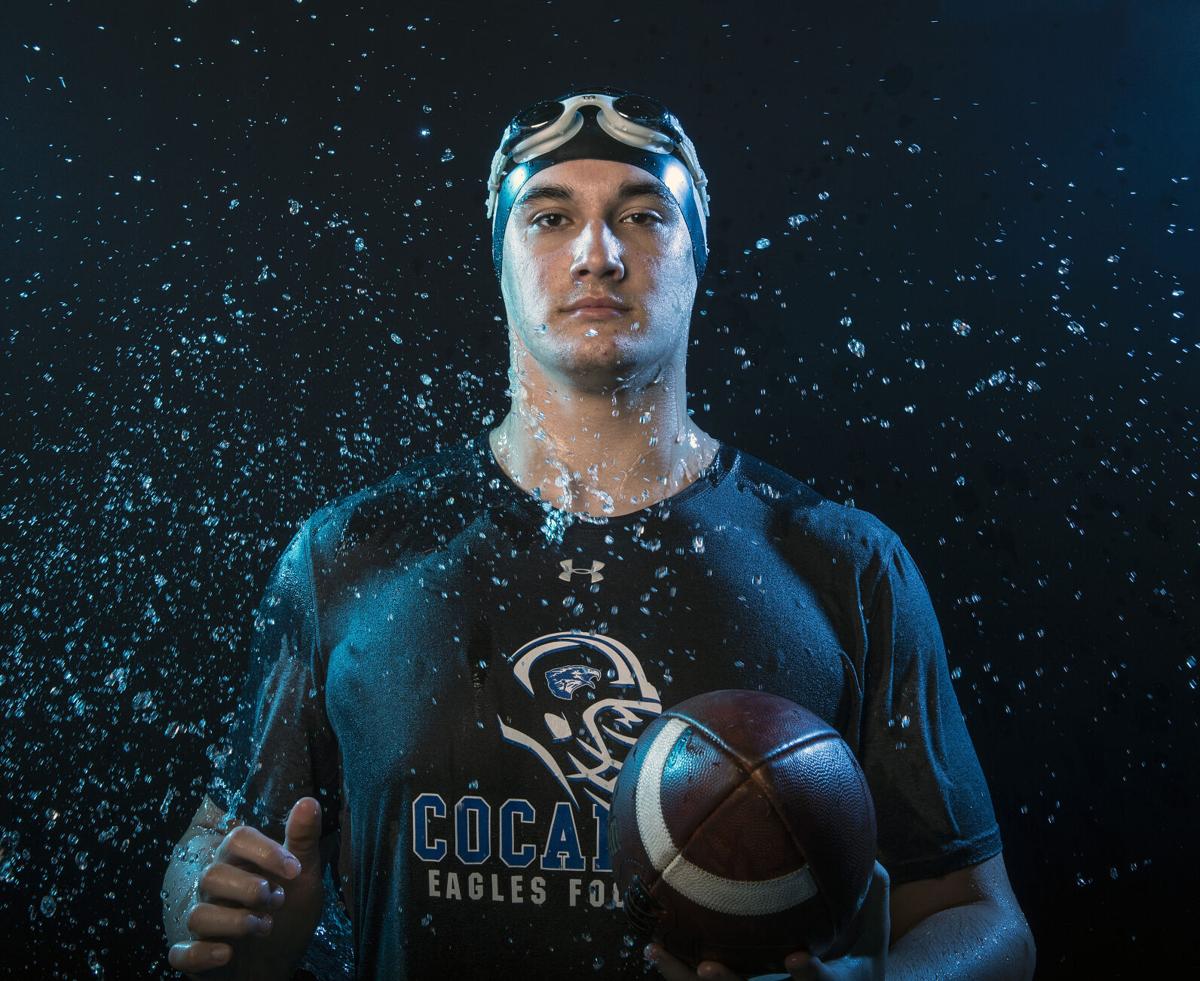 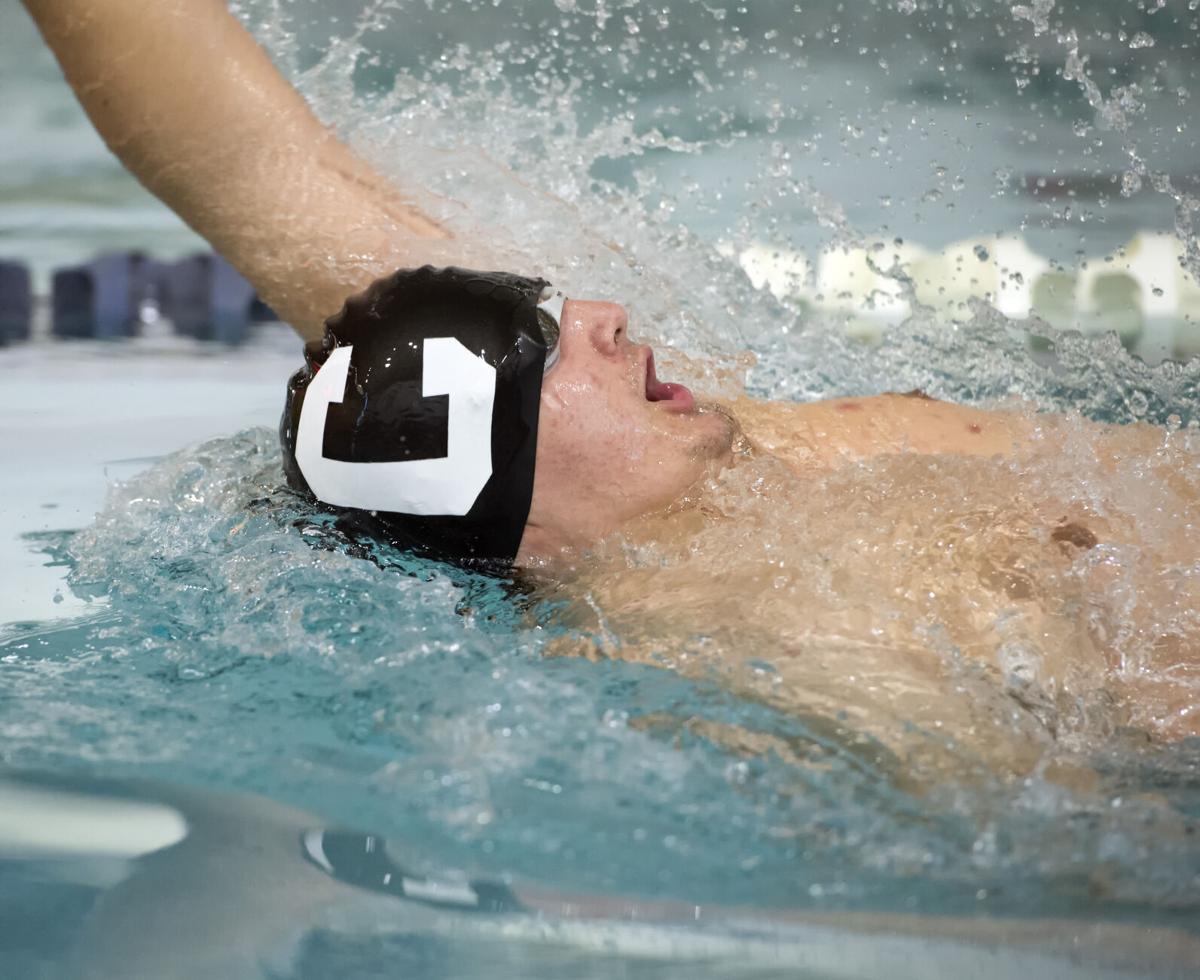 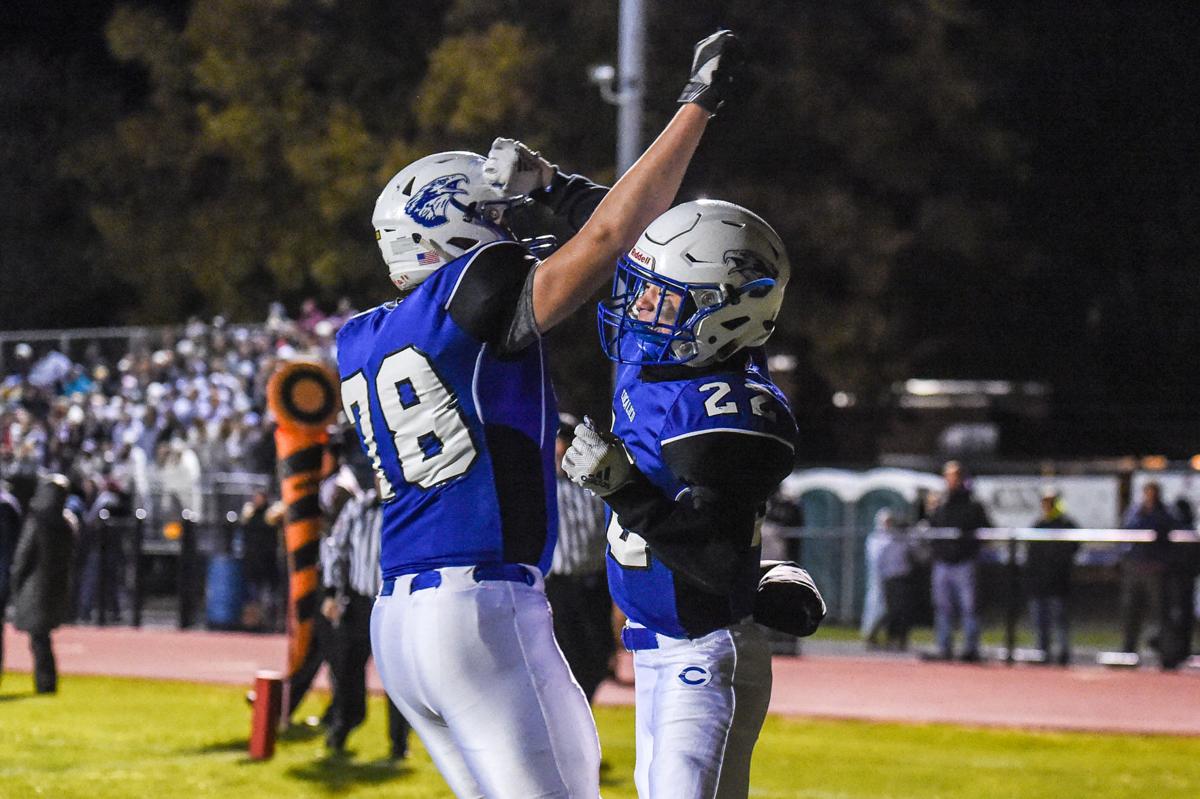 Steven Flinton (22) and Ryan Brubaker (78) of Cocalico celebrate after Flinton's TD run gave the Eagles a 6-0 lead over Governor Mifflin during District 3 Class 5A quarterfinal playoff action at Cocalico High School in Denver on Friday, November 8, 2019.

Steven Flinton (22) and Ryan Brubaker (78) of Cocalico celebrate after Flinton's TD run gave the Eagles a 6-0 lead over Governor Mifflin during District 3 Class 5A quarterfinal playoff action at Cocalico High School in Denver on Friday, November 8, 2019.

Football is in Ryan Brubaker’s blood.

His dad Jeff was an all-state pick and a Big 33 player representing Conestoga Valley back in his prep days, before going on to play offensive tackle for Penn State. He also served as an O-line coach at Wilson for 20-plus years.

“He’s a wealth of knowledge,” Ryan said about his dad. “He helps me work on the small stuff. Doing drills in the backyard. Foot work. Hands work. What a great benefit. He’s walked that walk.”

Now Ryan is walking in his dad’s footsteps on the gridiron; he’s chiseled himself into a dominant O-line performer for Cocalico, earning all-state and all-star nods in his junior season this past fall. The scholarship offers are also starting to pile up; Brubaker is up to 14 of those, including his first Power Five offer this past week, when Ole Miss in the football-frenzied SEC ponied up an offer.

That’s a pretty big deal, and should lead to even more doors opening in Brubaker’s recruiting process.

Now that Warwick’s Nolan Rucci has hung up his Lancaster-Lebanon League shoulder pads on his way to Wisconsin, Brubaker is poised to become the league’s next “it” interior lineman stud next fall.

At an imposing 6-foot-6 and 280 pounds, Brubaker doesn’t spend all of his offseason time in the weight room pumping iron and lugging around heavy metal discs. He actually spends a good chunk of it in the water — get this — participating for Cocalico’s swim team.

There aren’t many 6-6, 280-pound swimmers out there. But Brubaker makes it work quite well.

Here’s the kicker: Brubaker doesn’t just show up to the pool to keep in shape. He’s in the water to win. Swimming was actually his first love; Brubaker dove in the deep end when he was 10. Football and his handy trench work didn’t come along until middle school.

Brubaker’s specialty events are the 50 freestyle and the 100 backstroke, and he was a PIAA qualifier in his freshman and sophomore seasons, although last year’s state finals were canceled because of coronavirus concerns.

“You’re not used to seeing someone his size being a swimmer,” Cocalico third-year swim coach Wendy Enck marveled. “But he uses it to his advantage, especially in those shorter races.”

Pass-protector and run-blocker du jour on the football field. Sprinter in the swimming pool. Hey, it works for Brubaker, who also heaves the shot put and the discus for Cocalico’s track and field team in the spring, making him a well-rounded, three-sport participator.

It’s the swimming part that gets the most double-takes.

“I’m very competitive,” Brubaker said. “So the allure for swimming was going fast, and pushing myself to go even faster. It gives me a release for that competitive energy.”

Football and swimming are certainly an odd combo. Going from O-line grunt work to the intricacies of the 50 free isn’t something you hear about every day.

“They’re polar opposites,” Brubaker said, “but I’ve found that swimming is great because it helps my flexibility and my cardio. It’s a full-body workout. There are some underlying similarities between the two, but I don’t think they’ve been explored by too many people.”

Not in these parts, at least. Perhaps Brubaker will start a trend, and more hefty L-L League interior linemen will show up at swim-team tryouts next winter? It could happen.

“Football is his focus, and I get that,” Enck said. “But we love having Ryan on our team. The team looks up to him — literally and figuratively. He kind of parts the crowd for us. I’m just impressed that he does swimming. I can’t say that enough.”

As far as football and O-line play goes, the Rucci comparisons were bound to happen. And it actually starts with the parents; Jeff Brubaker and Todd Rucci both played O-line for Penn State. Their sons are now in the spotlight; Nolan is a five-star recruit and he’s one of the top-ranked players at his position in the country. Ryan’s stock is quickly rising with a back-pocket full of offers.

“It was hard not to be aware of Nolan, when basically every school in the nation was interested in him. You take notice of that,” Brubaker said. “He pushed me to get better, and he really brought a lot of attention to the L-L League and to District Three. I wouldn’t say there was a competition with him, because his level was so far up there. But he drove me. He was someone I could look up to, and help me get to that spot when I’m a senior.”

Which is right around the corner. And it appears Brubaker will hit summer drills with a fist-full of offers of his own. He’s a smart cookie, too. Brubaker has a 4.0 GPA — “It’s student-athlete,” he said. “Student. Athlete.” — with an AP course load. He’d like to be a history major in college.

The way things are going, Brubaker will have a long list of institutions of higher learning — and pigskin programs — to choose from in the coming year. Football will definitely help get him to college and on the path to his career. But swimming is also playing a huge role in Brubaker’s upbringing. And he’ll forever be thankful for that.

L-L FOOTBALL 2020: Choice made, Warwick's Rucci putting it all together for final high school season

Nolan Rucci is really good with his hands.

There were another round of L-L League football college commitments last week, as some of the top seniors in the area made verbal pledges to t…