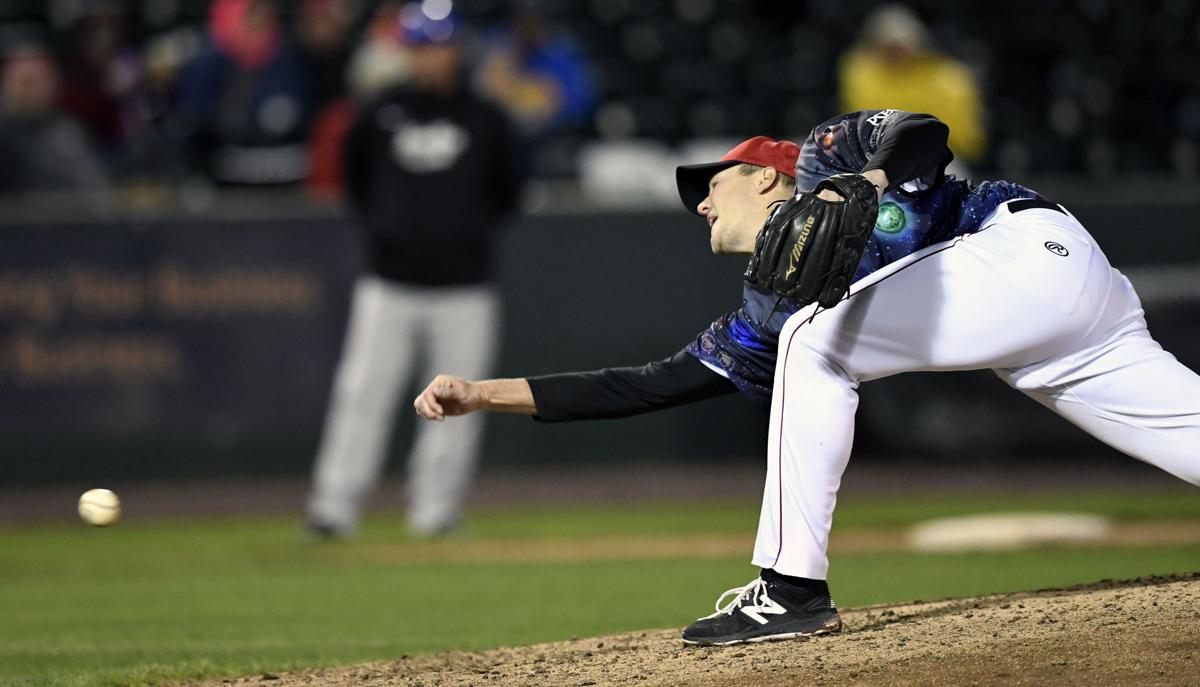 Barnstormers pitcher Garrett Granitz (17) fires one across the plate against the Rockers during sixth inning action of their 15th season opener at Clipper Magazine Stadium in Lancaster Friday April 26, 2019. 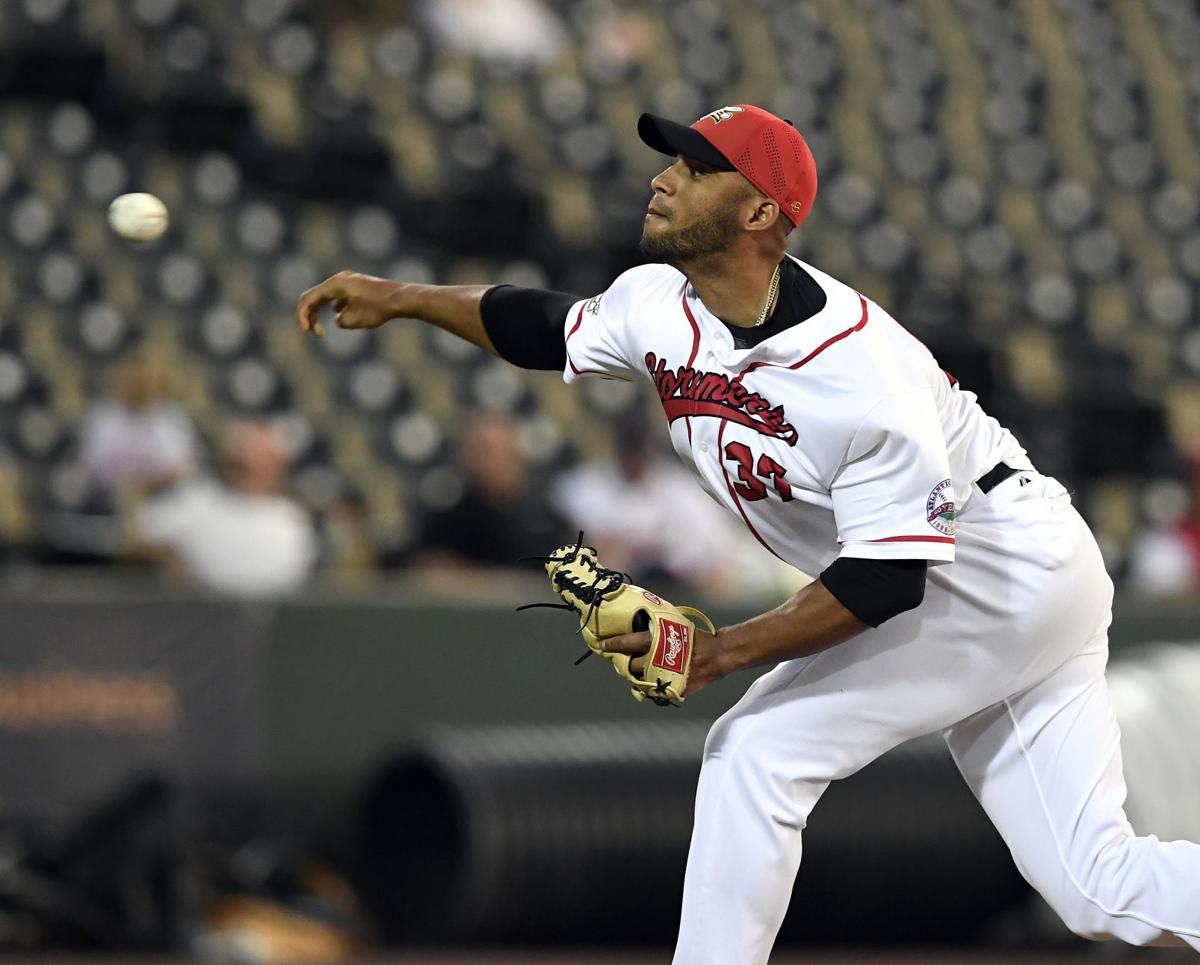 Lancaster Barnstormers pitcher Andury Acevedo (37) on the mound against the Somerset Patriots during 6th inning action of an Atlantic League baseball game at Clipper Magazine Stadium in Lancaster Tuesday June 25, 2019. 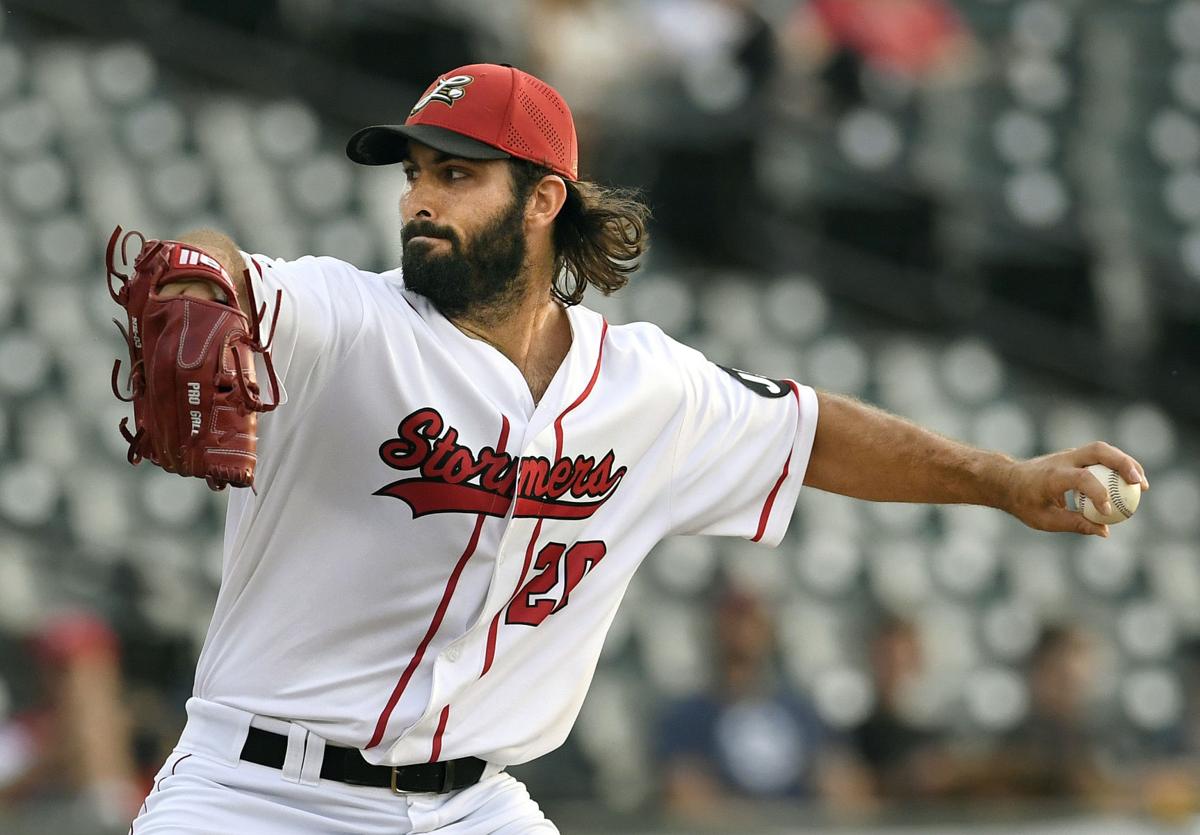 Garrett Granitz doesn’t buy into professional baseball’s velocity obsession. In fact, he occupies a niche created by it.

Instead of trying to blow fastballs by batters like many professional pitchers nowadays, Granitz, a Lancaster Barnstormers reliever this season, relies mostly on deception created by strong offspeed pitches and his unorthodox, submarine-style delivery.

So Granitz isn’t too worried about the idea of losing a few miles per hour off his fastball if the Atlantic League moves the pitching rubber back from 60.5 feet to 62.5 feet as part of an agreement with Major League Baseball.

The logistic aspects of the idea, though, cause more uncertainty.

“I think the hardest part about that, I think is it’s just going to take a lot of time to adjust,” Granitz said. “Because if you look at most of the guys who play in this league, they have careers in the double digits all pitching the same distance. And when you make a pretty major change like that there’s going to be an adjustment period for sure.”

Indeed, the proposed new rule taking the distance back 2 feet would ask professional pitchers to disrupt years of muscle memory.

Perhaps more striking, though, is that pitchers could be asked to switch back at any time should the rule be enacted.

Many players hope to use the Atlantic League as a springboard back into the affiliated minor leagues. For pitchers, such an opportunity would be accompanied by a change back to a 60.5-foot distance from the mound to the plate.

In other words, Atlantic League pitchers would act as the guinea pigs, and no one really knows how the experiment would shake out — or if it will take place at all.

In a phone interview in June, however, Atlantic League President Rick White said Major League Baseball had decided to push the change back for consideration at the beginning of next season.

At the Atlantic League All-Star Game in July, White said there was doubt whether Major League Baseball would decide to adopt that change at all.

Players, coaches and executives alike, from within the Atlantic League and outside of it, had expressed concern over the proposed rule.

“I think you might have seen a lot of the older guys probably not pitch here,” Sugar Land Skeeters manager Pete Incaviglia said then. “I think you'd probably see a lot of them go to the American Association or Mexico or wherever, just because they’ve been doing it that way.”

The rule would offset velocity by giving hitters more time to react, but York pitcher Mitch Atkins isn’t sure more offense would come from such a change, citing more space between the rubber and the plate for breaking balls to move.

Like Incaviglia, Atkins has concerns about the league’s viability with pitchers looking to make it back into the ranks of affiliated baseball.

“I think it’ll detract some people from coming here,” said Atkins, who pitched briefly for the Cubs and Orioles. “... It’s like having 100-foot bases, you know what I mean? I guess we’ll just have to see.”

There’s also the issue of injury potential — increased velocity in the game has led to increased injury risk among pitchers. It’s not clear whether the varying mound distance will worsen an already startling trend in baseball.

Arnel Aguinaldo, an assistant professor of kinesiology at Point Loma Nazarene University in San Diego, has researched pitching’s impact on the body extensively.

Without data, there’s no way to know for sure how a 62.5-foot mound would impact a player’s risk of injury, Aguinaldo said via email.

“Intuitively, one could reasonably predict that the risk of pitching-related injuries may increase if the rubber-home plate distance was changed from 60.5 to 62.5 feet,” he said. “However, there is no scientific evidence to support this (one way or the other) simply because a change in pitching distance for skeletally mature baseball players has never been considered and therefore examined.”

Back to that guinea pig metaphor — for the rest of the baseball world, the Atlantic League has agreed to act as the test subject, in regard to player health as well as on-field results.

There are some, like Barnstormers manager Ross Peeples, who aren’t worried about the rule’s potential impact.

“I think, us as athletes, we adjust to what we need to adjust to,” said Peeples, who has 10 years of Atlantic League pitching experience. “How many new rules are coming in football, basketball, now baseball? I just read a notification on my phone that said college or the NBA is thinking about backing the 3-point line up. You’re going to adjust to what you’ve got to adjust to. They shortened the field goals. Whether all the kickers like it or not, they still have to adjust to it.”

How would a pitcher make that kind of stark adjustment? Well, the first ingredient, Aguinaldo said, is time.

“Generally, the effects of a training regimen designed to improve pitching performance and minimize injury risk takes about six to eight weeks for a measurable outcome to be observed,” he said.

The change might also force pitchers to consider a change in mindset. With more reaction time for batters, velocity loses value.

“The value in pitchers is probably going to go more toward guys who either have more movement or are able to locate better or have really good off-speed pitches,” Granitz said. “With an off-speed pitch, with 2 extra feet, the ball is going to be moving more.”

The uncertainty could spread into baserunning, too. Standing 2 feet further back into the infield, right handed pitchers will have a better view of runners at first base, which could impact stolen base numbers.

Lancaster first baseman K.C. Hobson, who should benefit, in theory, from the increased reaction time in the batter’s box, is concerned about the idea.

Like most, Hobson’s gripes lie with the rule’s unpredictability.

“You don’t want anyone to get hurt,” Hobson said. “That’s the main thing. But you don’t know how it’s going to affect you as a hitter, either, with your timing. Breaking balls, they get an extra 2 feet to move.

“For a guy to go almost 17 years of his life, then say, ‘OK, well, at 30 years old, we’re moving back 2 feet,’ you just don’t know how that’s going to translate to injuries, and their stuff, and how they control the strike zone. So that’s what I’m not for.”