The Pennsylvania Interscholastic Athletic Association on Wednesday adopted an optimistic roadmap for the return of high school sports in the commonwealth this fall.

Roadblocks, however, could come from state government, local school boards or, of course, health and safety issues related to the coronavirus pandemic.

“There are a lot of what-ifs,” PIAA Executive Director Robert Lombardi said. “The biggest what-if is ‘What if we don't try?’

With a 29-3 vote, the PIAA Board of Directors adopted a 26-page return to competition plan that includes extensive guidelines on conducting practices and games safely in the presence of the coronavirus.

At the time of the vote, Bauer said he opposed because “of inconsistency between the guidelines to return to the classroom and the guidelines for returning to competition.”

There is also an alternate plan that individual school districts could adopt. It moves the first playing date to Sept. 14 for all sports except football, and Sept. 18 for football.

There is also a “hybrid” option, to “accommodate the needs of each local school, community and sport.” It would allow schools to begin fall sports no later than Oct. 5.

The plan calls for a truncated postseason, probably with fewer qualifiers for district playoffs and, in team sports, district champions only involved in state tournaments. The goal is to have the fall season complete by Thanksgiving.

“We want to be done before the real flu season hits us,” Lombardi said.

The groundwork for Wednesday's vote came into place last week, when the PIAA's Sports Medicine Advisory Committee recommended to the Board of Directors that “fall sports begin as scheduled so long as safety guidelines and protocols are adhered to by participants.”

Included in those protocols: A 14-day quarantine for an entire team if one player tests positive for the coronavirus and gatherings of no more than 25 people indoors and 250 outdoors. That probably means games will be played without spectators.

The plan could still be scuttled by Pennsylvania Gov. Tom Wolf's office and the state Dept. of Health, and individual school boards will retain the authority to determine whether their schools will participate.

“We'll do what we've done from the start,” Lombardi said. “If (state government) makes a determination not to play, we'll adhere to that.” 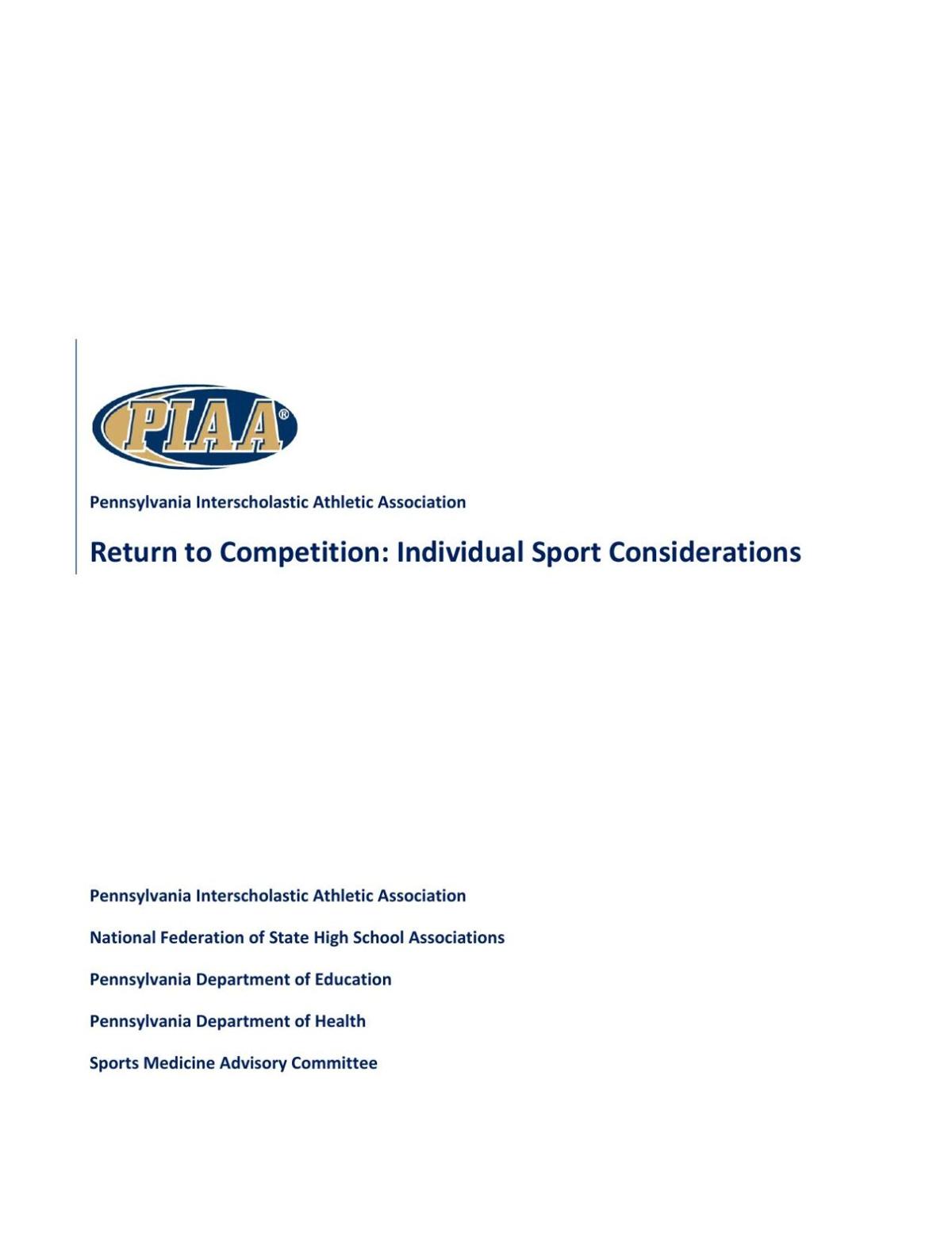 Local sports are coming back for the first time since mid-March, when events at every level …

Lancaster Bible College nor Millersville University will not be playing sports this fall. To shed a bit of light on the subject, Lancaster Bib…

Lancaster-Lebanon League athletes should be prepared to begin fall practices at their on-campus facilities in mid-August, after the Pennsylvan…

The District Three is surveying its members to gauge where they stand on playing sports this fall, Lower Dauphin athletic director Dave Bittin…

Gov. Tom Wolf was asked during a Monday news conference about possibly changing his stance on not allowing spectators at high school sporting …