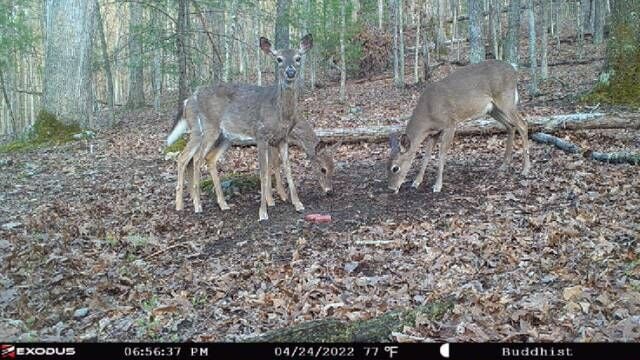 In Pennsylvania, deer populations have been controlled by hunters. That may change. 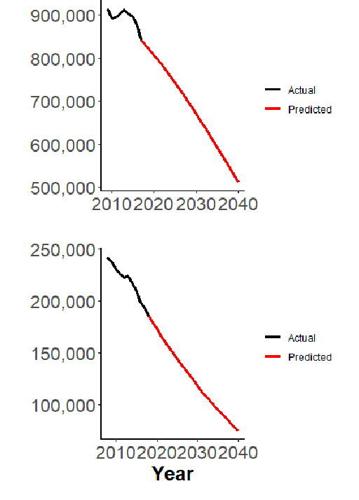 Credit: “Harvest of Fish and Wildlife: New Paradigms for Sustainable Management” This graphic shows the projected decline of hunters in Pennsylvania through 2040. 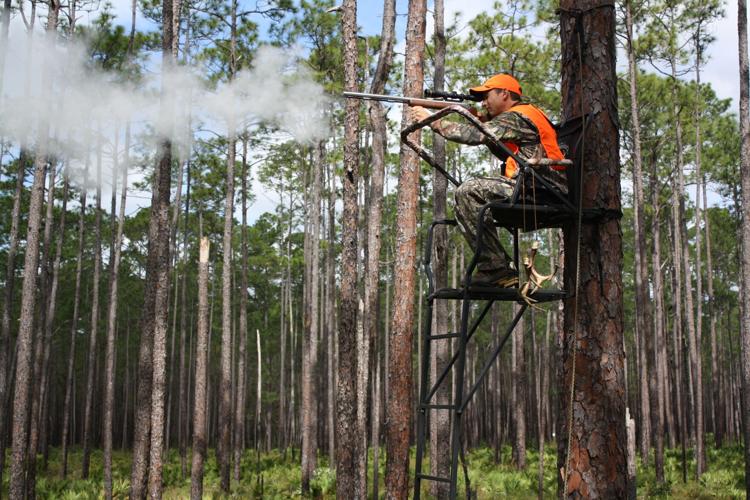 In Pennsylvania, deer populations have been controlled by hunters. That may change.

Credit: “Harvest of Fish and Wildlife: New Paradigms for Sustainable Management” This graphic shows the projected decline of hunters in Pennsylvania through 2040.

It’s a painful thing to consider in a state with as rich a hunting tradition as Pennsylvania, but the seemingly irreversible decline of hunters is leading to a point where deer populations and the conflicts they cause may have to be kept in check by sharpshooters, expensive fertility controls or even commercializing deer to become an over-the-counter meat product.

If you are an anti-hunter, be careful taking pleasure in the retreat of the hunting class. Here in Pennsylvania, it is hunters, through license fees, who pay for the protection and conservation of birds and other nongame wildlife in Pennsylvania.

If the Pennsylvania Game Commission becomes underfunded, taxpayers may have to take on the financial burden of protecting eagles, otters and 478 other species of birds and mammals.

Not to mention finding ways to control deer other than recreational hunters who do it at no cost to society.

These are the dire warnings contained in a new book, “Harvest of Fish and Wildlife: New Paradigms for Sustainable Management.” A chapter in the book takes a detailed look at hunter demographic trends in Pennsylvania and Virginia, and the consequences on future management of deer, a species that presents conflicts with humans such as deer-vehicle collisions, crop and landscaping damage, and carries the tick responsible for Lyme disease.

“Deer have the potential to have huge impacts on the environment, regardless of the direct human conflicts. Not being able to manage deer, given that their natural predators are extinct in Pennsylvania—to lose that is going to be problematic, to say the least,” says Penn State’s Duane Diefenbach, one of the top deer researchers in the country and co-author of the book’s chapter on the troubles ahead in controlling deer.

“A few states still have large numbers of hunters, but this is coming at all the state agencies very quickly. In the next 10 to 15 years, there’s going to have to be changes.”

In brief, deer hunters in Pennsylvania are increasingly made up of old white men. They are dying or giving up hunting at a rapid clip while youth are not filling their ranks.

One reason for this, notes Diefenbach, is that more people are living in urban areas, fewer in rural areas where hunters have largely come from. “You just can’t walk out the back door and go hunting,“ notes Diefenbach, an adjunct professor of wildlife ecology at Penn State and leader of the university’s Pennsylvania Cooperative Fish and Wildlife Research Unit.

Another reason fewer people are becoming hunters these days is cultural, he says. The fastest growing segment of the population is Black and Hispanic, and hunting has not been a fixture in their cultures.

“Lack of change in characteristics of big-game hunters, relative to the general population, indicates hunting does not seem to appeal to the portion of the U.S. population that is growing most rapidly,” according to the book.

For youths living in the digital age, hunting is far down the list of things to do. Despite multi-pronged efforts to recruit youths to the sport, the number of 12-year-olds buying hunting licenses in Pennsylvania declined by about 408 licenses per year from 2009-2017.

That is bad news going forward. The number of hunters in Pennsylvania compared to 2020 is projected to drop by 17 percent in 2030 and by 37 percent by 2040, to barely over half a million hunters, according to the book. In the late 1980s there were more than 1 million deer hunters in the state.

Those dramatic declines will present serious problems for the Pennsylvania Game Commission as it tries to regulate a manageable deer population through hunters killing female deer.

At first, even with fewer hunters, the agency could extend the hunting season and increase bag limits to trim the desired number of does needed to control the population.

However, in the past, hunters have resisted efforts to kill antlerless deer. Virginia, which has an eight-month deer season and the most liberal bag limits for does in the nation, still had to begin a program in 2008 that requires hunters, after they kill a buck, to take a doe before a second buck can be hunted.

Virginia also has increased incentives for hunters to take does by supporting venison-donation programs to get meat to the needy.

Even with these incentives, the time will come when there are simply too few hunters available to get the job done, Diefenbach and his fellow authors warn.

Without hunters, alternative methods — likely expensive and controversial — will have to be deployed.

One increasingly being used in suburban communities and in parks involves hiring trained sharpshooters to cull deer herds.

Another alternative is fertility control through contraception vaccines or surgeries. Game managers in eastern states have been loath to approve such methods, maintaining they are ineffective in free-ranging deer herds because almost all does have to be treated.

A third approach is to commercialize the harvest of deer. It has been done to reduce kangaroos in Australia and for red deer in parts of the United Kingdom. Processing and food safety issues would have to be addressed.

Pennsylvania has a long way to go before deer management with longer seasons or more liberal bag limits can’t be satisfied with recreational hunters, Diefenbach believes. But as the book section he helped write concludes, “Recreational deer hunting will continue to have a role in deer management, but it may transition from the primary method to one of many alternatives.”

Outdoors Calendar publishes submitted information on hunting, fishing, hiking and other out…

Tim Doutrich has found success accessing and hunting suburban properties in the shadow of Philadelphia.

Conquered: One of America's most dangerous trails [column]

Angels Landing in Utah's Zion National Park has been named one of the most dangerous trails for hikers in the United States.

After years of structural and funding delays, a widely anticipated $9 million conversion pro…

Chronicling the history of wildlife conservation in Pennsylvania, officials at the state Game Commission plan to open a new museum this month …

The enormous long gun, Lauren Ferreri said, was once used to kill dozens, maybe even hundreds of birds with a single shot. Now, the replica fi…

My favorite place: How Pine Creek survived its extraction past to become a top outdoors draw [column]