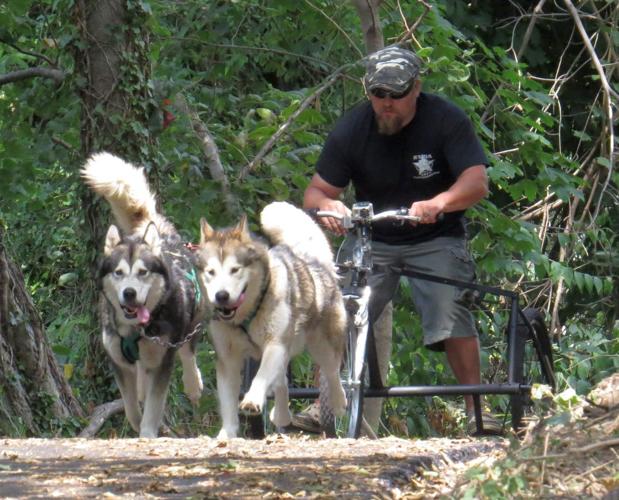 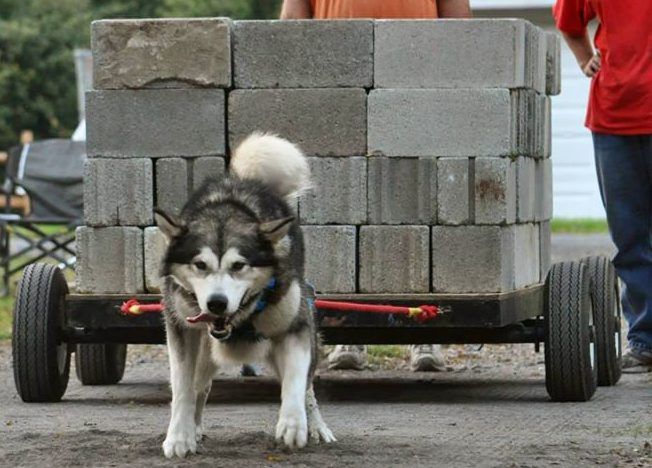 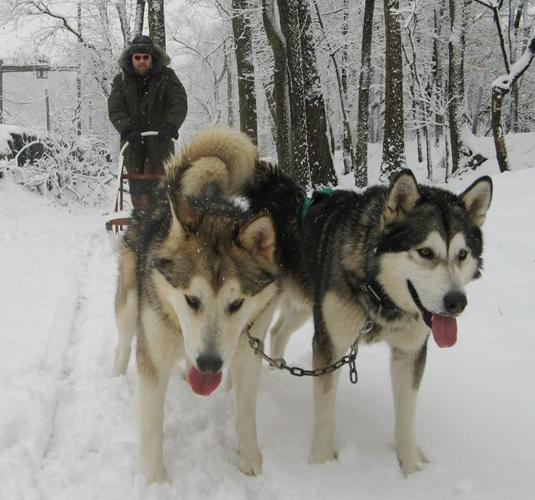 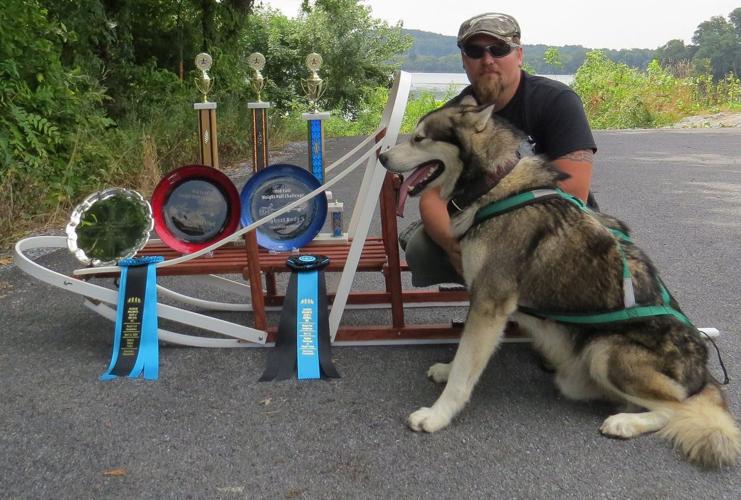 Beowulf and George Popp Jr. with a few of the trophies they have won in weight-pulling competitions. 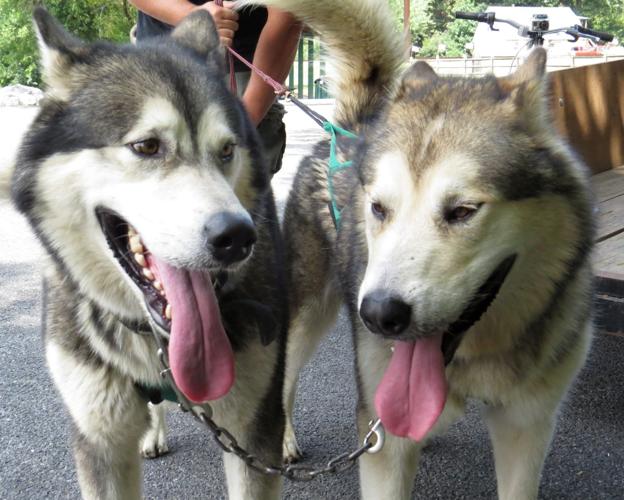 Beowulf and George Popp Jr. with a few of the trophies they have won in weight-pulling competitions.

Like many other boys, when George Popp Jr. read the Jack London classic “White Fang” and got caught up in the the Disney movie “Iron Will,” he wanted a sled pulled by a team of wolves.

Alaskan malamutes are the closest things to wolves that you can buy legally. But how many did he need to pull himself and a sled through the snow?

Doing the research, Popp stumbled across the sport of weight or dog pulling, started in the 1980s by a bunch of sled-dog owners who wanted to see who had the strongest dog.

Intrigued, the Bainbridge resident went to a winterfest event in Warren County four years ago. There were sled-dog races. Then, a weight-pulling competition. Popp watched in amazement as a single malamute pulled a sled filled with more than 900 pounds of cement blocks 16 feet in less than a minute.

“I was, like, wow, if one dog can pull that, I don’t need to buy a team. I can do this with one dog,” recalls the 35-year-old welder who works at the Brunner Island power plant.

He bought an Alaskan malamute puppy from a registered kennel in western Pennsylvania and named it Beowulf, after the monster-slaying hero in the Old English epic poem.

Popp began training him like the bodybuilders that the dogs are. He feeds Beowulf a dry dog food that is 40 percent protein and supplements it with raw chicken.

Named after an an Inuit tribe from Alaska, malamutes are perhaps the oldest and certainly the largest of the Arctic sled dogs. Contrary to movies  and books, they were bred with Arctic wolves not for pulling sleds fast, but for lugging heavy weights over the tundra for long distances. They are freight dogs.

Popp used his welding abilities to fashion a three-wheeled rig from two bicycles. Beowulf was lashed by a special strap to the device, and they were off, day or night, year-round.

Popp and Beowulf became an odd but familiar sight around Bainbridge, traveling down sidewalks and backyards to the corner store or through town.

Much of their training is done on the newly paved Northwest Lancaster County River Trail that begins in Bainbridge. Often, they go at night during the warm months, Popp lighting the way with a headlamp.

By his first birthday, Beowulf had reached the minimum age for competing in dog-pulling contests. Now a solid 100 pounds of muscle and heavy fur, Beowulf headed with Popp to Port Clinton for their first International Weight Pull Association event .

In the novice class, Beowulf was up against a high-ranked malamute in his debut. He went paw to paw with the veteran, finally losing at 900 pounds.

Beowulf loved the event, and his career has been meteoric ever since. In one contest, he pulled 5,800 pounds, a personal record.

“They don’t like to be sitting on the couch,” Popp says about the dogs. “They want to do what they were bred to do.”

The dog, which turns 4 years old next month, has won more than 100 trophies in the last three years, mostly in regional contests in Pennsylvania, Maryland and New York.

Then, in May, he reached the pinnacle of his sport. In the IWPA championships in Cicero, New York, Beowulf was crowned national champion in the sled-pulling contest for dogs weighing 81 to 100 pounds. His winning weight: 1,700 pounds piled in a sled pulled across artificial snow inside an ice rink.

He finished second nationally in the same class for pulling 3,050 pounds on a cart with wheels. The winning dog was an American pit bull terrier.

“It’s not so much the strength, it’s the drive,” Popp says proudly of his champion. “As soon as he hears that click on the back of the harness, he knows it’s time to go forward. You can have the strongest dog in the world, the biggest dog, a 200-pounder, but if he doesn't come when you call him, your minute’s up. You're out.”

As soon as he lashes Beowulf to the wheeled cart or sled in a contest, Popp has to sprint to the finish line, 16 feet away, and bark, “Work!” He’s not allowed to touch his dog or offer any treat as incentive. The dog has one minute to finish the pull once he starts in motion.

Protesters sometimes show up at the pulling contests, thinking the dogs are being inhumanely made to do hard work. They are misinformed, Popp says. “We just try to educate,” he says.

Dogs competing in the pulling contests range from Chihuahuas to mastiffs.

Popp has since bought another Alaskan malamute, another offspring of Beowulf’s mother and father.

Grendel — the monster Beowulf slew in the poem — doesn’t care about pulling competitions, though he loves teaming with his brother to carry Popp along various rail-trails in the area on the bike rig and a sled in winter.

That’s just fine with Popp. Beowulf has nothing left to prove, and Popp’s actually looking forward to retiring him in another two to three years. Then the three can kick back and and do more urban mushing, wandering over hill and dale.

“It’s really enjoyable, the fresh snow in winter, at night with your headlamp on,” Popp says. “Nobody out, and you’re going for miles. You get into a nice trot. It’s real quiet and peaceful. Just you and the dogs and the snow.”

Almost sounds like someone has been reading too many Jack London books.

Ad Crable is a Sunday News outdoors writer. Email him at acrable@lnpnews.com. Read his outdoors blog at adcrable.wordpress.com.

On By: “Ignore what’s distracting you”