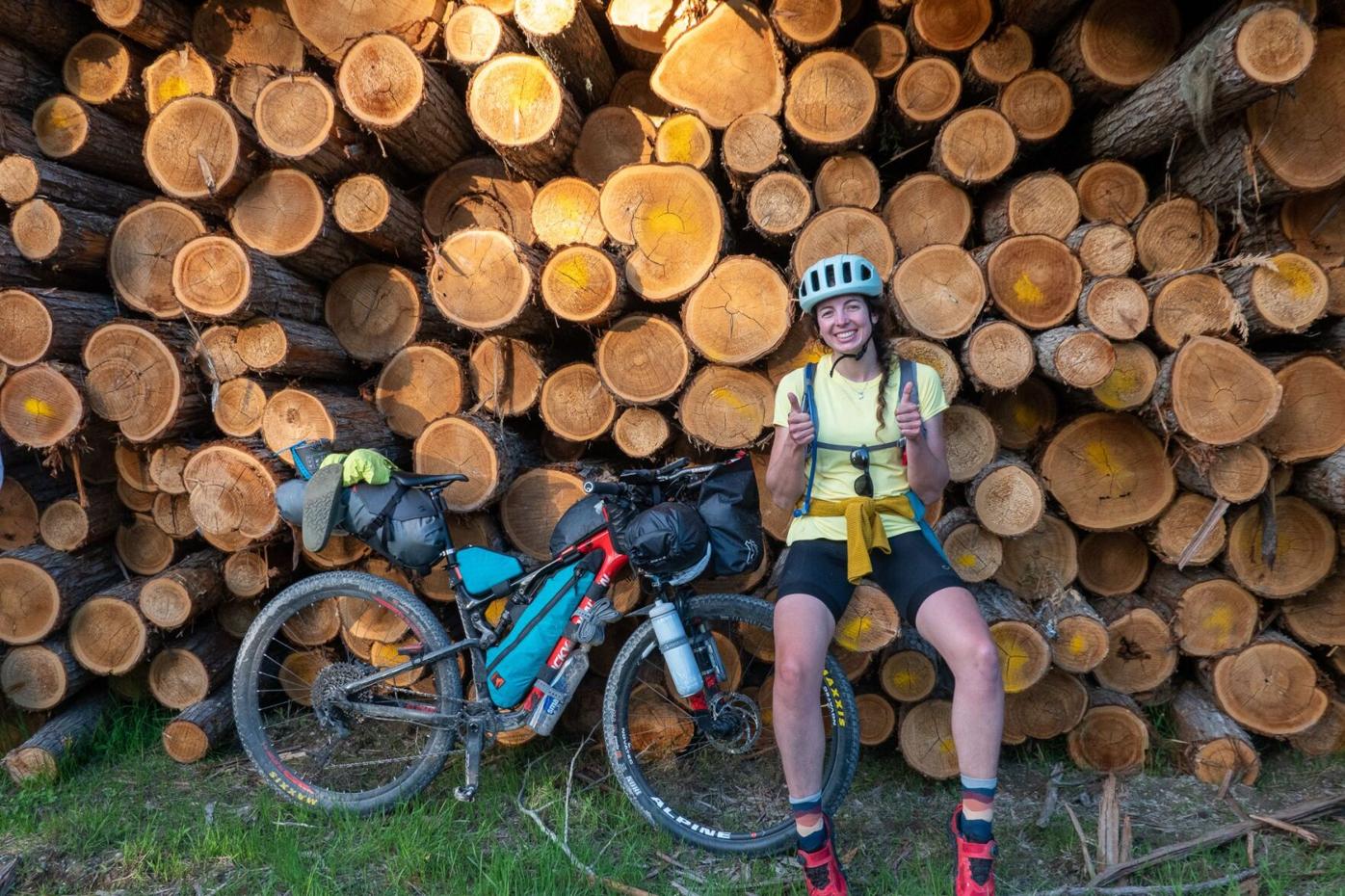 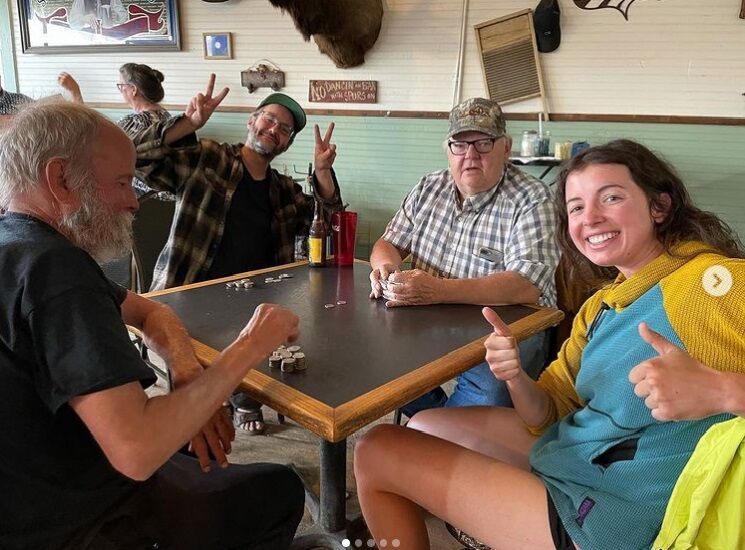 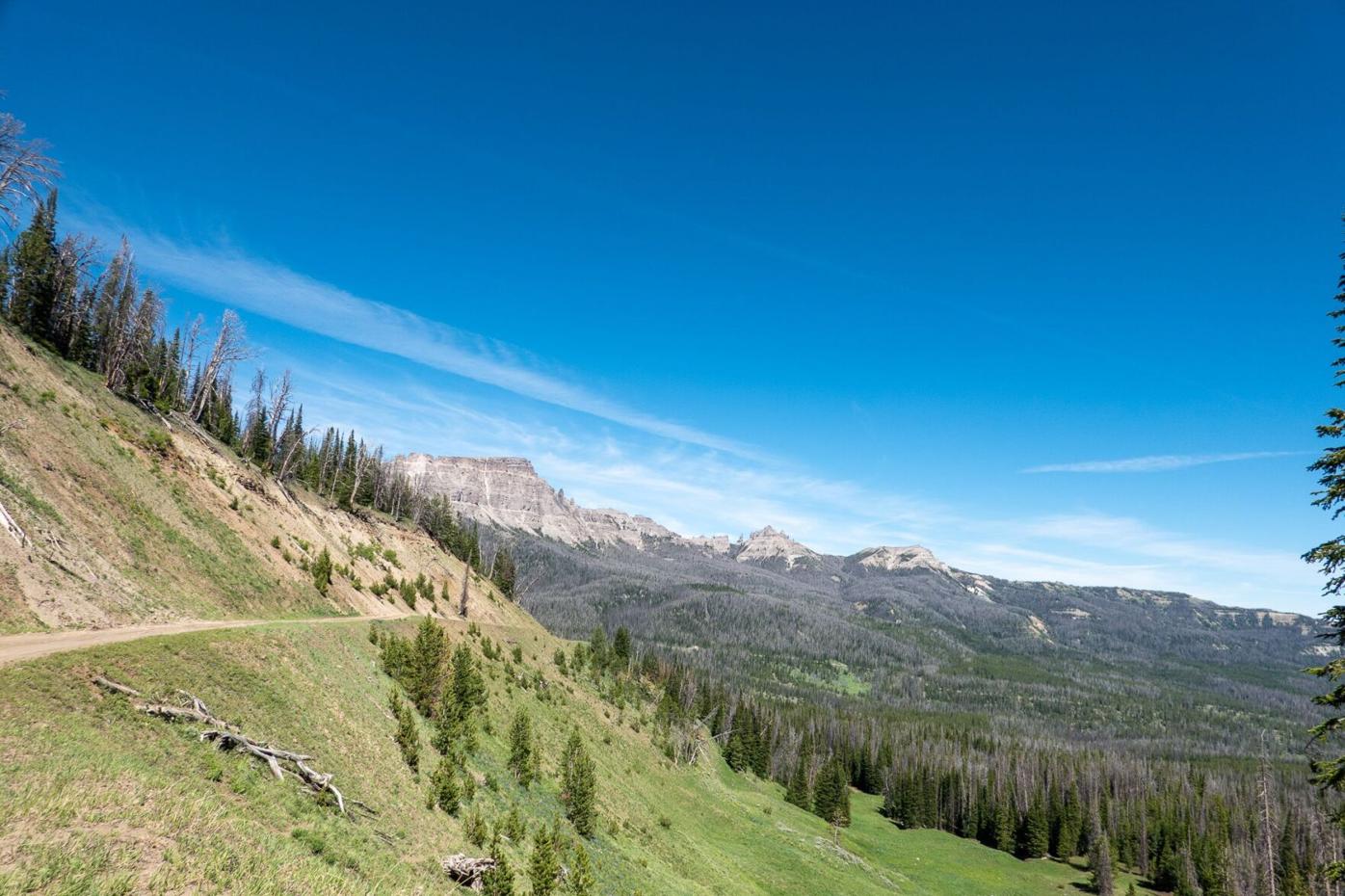 Lititz’s Emily Cameron is given to propelling herself forward.

One of the best swimmers in Pennsylvania history, she won seven gold medals while at Warwick High School and set three state records. She went on to win two team national championships for the University of Georgia.

Cameron, 26, then tested her feet and bike muscles, competing in triathlons. Switching gears again, she poured herself into cyclocross, a draining mixture of cycling with bikes on a steeplechase course where you have to dismount and carry your bike up muddy embankments and the like. In 2019, she won the collegiate women’s national championship in the rugged sport.

Ever the adventurer, last week she completed the Great Divide Mountain Bike Route, pedaling 2,485 miles between the Mexico and Canada borders in 33 days. The bike route is the holy grail of cross-country mountain biking, kind of like the Appalachian Trail on wheels.

Like the AT, it takes its riders off the beaten path, following the Continental Divide entirely on dirt and gravel roads, trails and, in a few places, unmaintained tracks. It’s the birthplace of bikepacking — exploring remote spots by bike while carrying tents and sleeping bags.

Surprisingly, it wasn’t the physical challenge that gave her slight pause. It was whether she could handle camping out most nights as she had done very little.

In my mind anyway, what is most interesting about Cameron’s adventure was not the distance she traveled, the 200,000 feet of elevation gained or even the breathtaking scenery she witnessed.

It was the people she met and took time to write about.

With daily short earthy dispatches on her Instagram account, we learn of the salt-of-the-earth and wandering people who choose to live in these out-of-the-way places.

There’s the time, for example, where she and other cyclists pitched their tents behind the Highline Saloon in Hartsel, Colorado, a town with less than 10 residents in corporate limits. Cameron walked in and met Doug and Larry playing seven-card stud.

Doug came from Chicago on vacation in 1990 and never left. Larry passed through from Texas in 1990 and likewise stayed put. Every Wednesday evening, they each bring a purple drawstring bag of quarters and play poker. Larry has a dog named Dog who isn’t allowed inside the saloon. So he sprawls in the doorway, half in and half out.

Cameron joined the game and broke even for the night.

During an overnight stop on Brush Mountain Ranch on the Colorado-Wyoming border, Cameron found the owner, Kirsten, on the porch after she had just finished serving breakfast to 15 customers.

“Together we talked of the transformational power of the divide and the ‘why’ behind it,” Cameron wrote. “We talked about how many riders are at a transitional period of life and are moving onwards from different circumstances.

“Riders mourning a loss have spread ashes of a loved one amongst her gardens, riders have celebrated a graduation or a new job. Riders have overflowed with love from a new marriage, or overflowed with freedom from newfound independence.

“Sitting there on the porch, I witnessed how easily our conversation flowed discussing the rawness of life and how Kristen’s ‘porch therapy’ is an integral part of the journey.”

At Stemple Pass in Colorado, she met Barbara and John, owners of Llamaland. The couple provide free lodging in four cabins or a teepee. “Everything we do is free,” said John, “and we do this because we believe in kindness and we hope that kindness we show people will be paid forward.”

Cameron has a knack for drawing out her subjects because she’s been doing it back home in Athens, Georgia, where she works as a microbiologist. Last October, she started a writing platform online called The Local Athenian, or TLA. She wrote 30 stories in 30 weeks about everyday people she met at random.

Mostly, she lets them talk about themselves. She accompanies the stories with arresting photos she takes of her subjects. The series, which will continue when she gets back to Athens, has been well received. You can read them online at thelocalathenian.com.

In her forward to the TLA series, Cameron says, “Simply put, I am curious about people.” That played out on her long bike ride. “Every time I meet someone new, I kind of discover a little bit more about myself in the process,” she said afterward.

The daily dispatches from her bike trip include both longer profiles and simple several-sentence quotes usually ending with free advice on life.

Here’s Sylvia: “My wisdom to you is enjoy every single day no matter who you’re with or where you are.”

And Brian: “I just go around building stuff — churches, race cars, houses. Work to have fun because real life is fun, not work.”

Cameron told me she is still on the path to figuring out what she wants to do, but the journey, she said, helped in that quest. “It gave me a lot of time for introspection and what lifestyle I would like to live and what I value and don’t value.

“Golly, I love people and damn did pedaling across the country show me the good in this world.”

You can read all her reports from the road on Instagram at @ecam44.

As a child, Jolie Abadir’s parents often found their daughter by looking up.

Have you ever thought about hunting, but didn’t know how or where to get started?

When you think of the 2.2 million acres of state forests in Pennsylvania, trees come to mind.