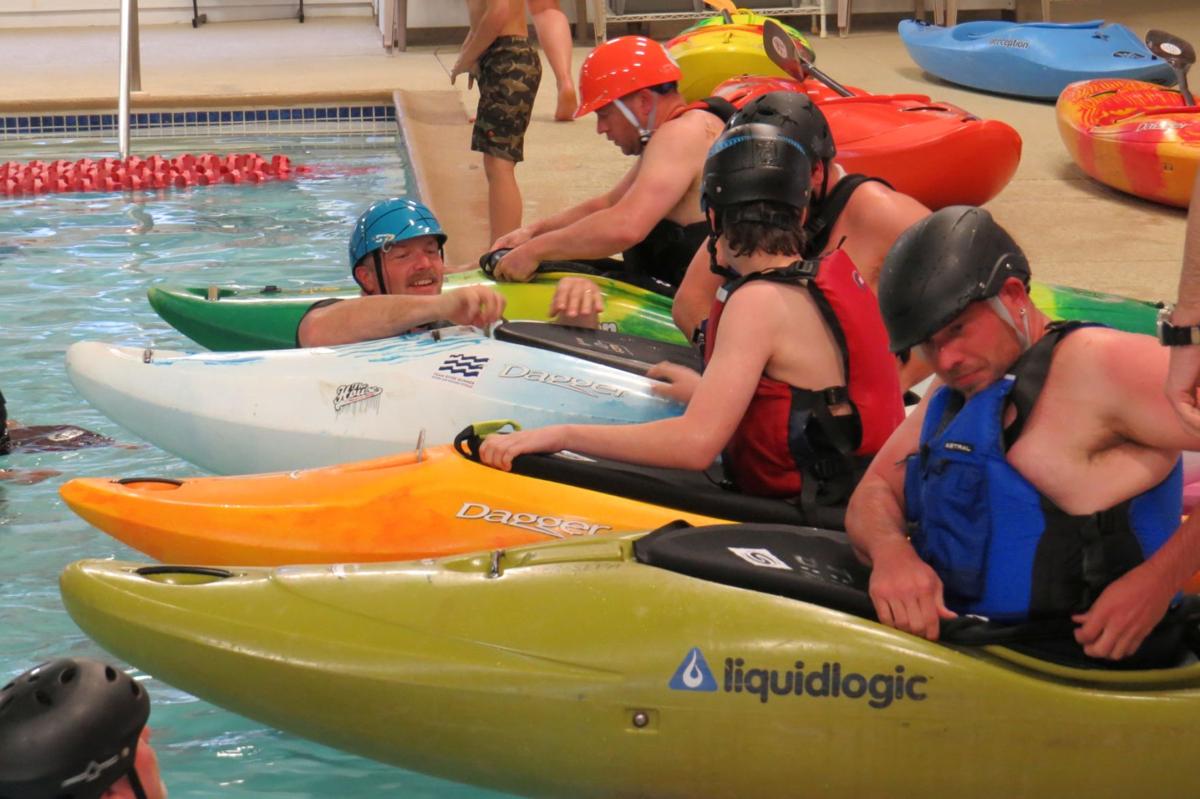 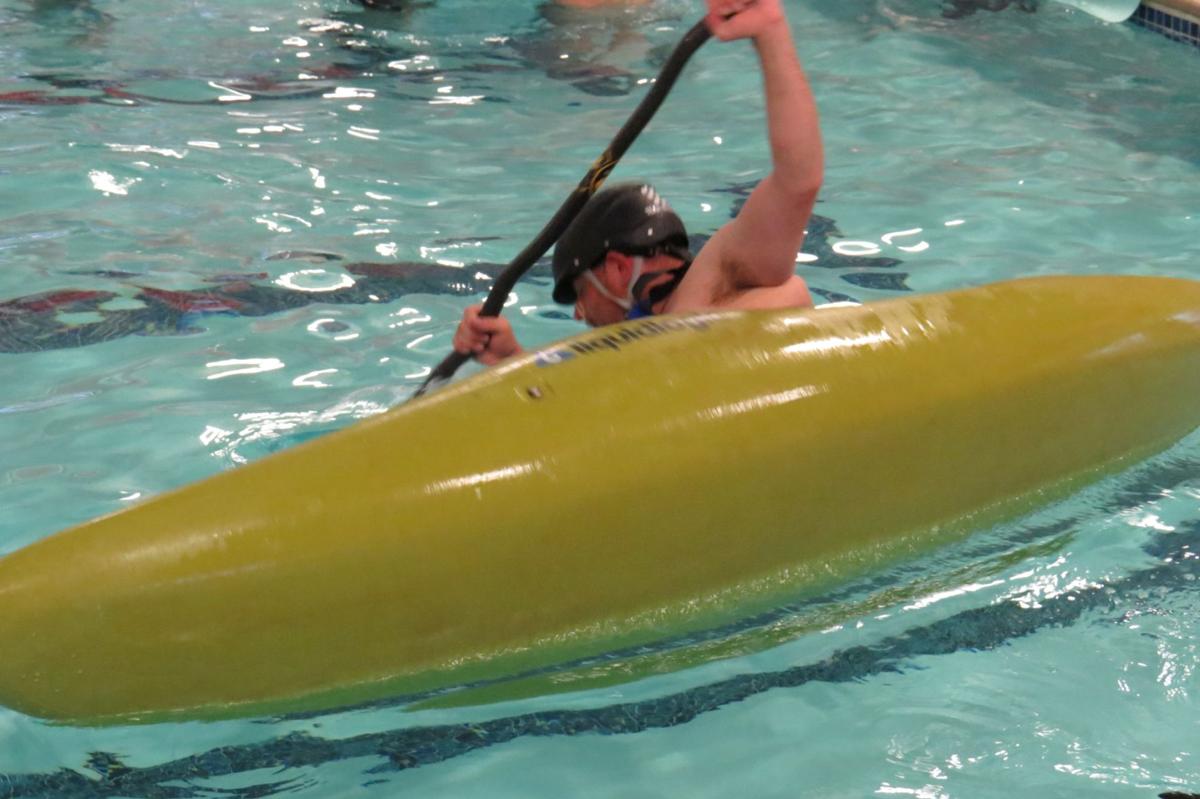 A vet practices a barrel roll. 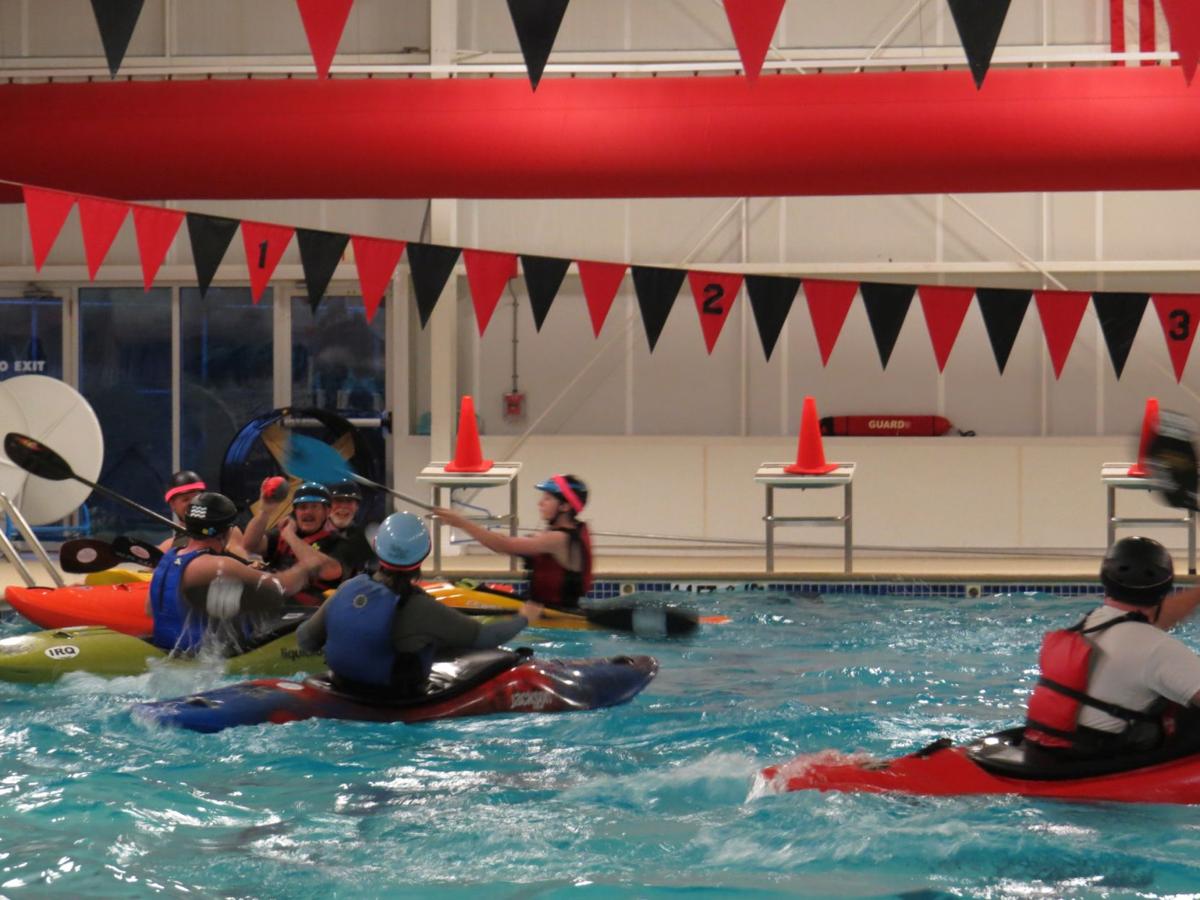 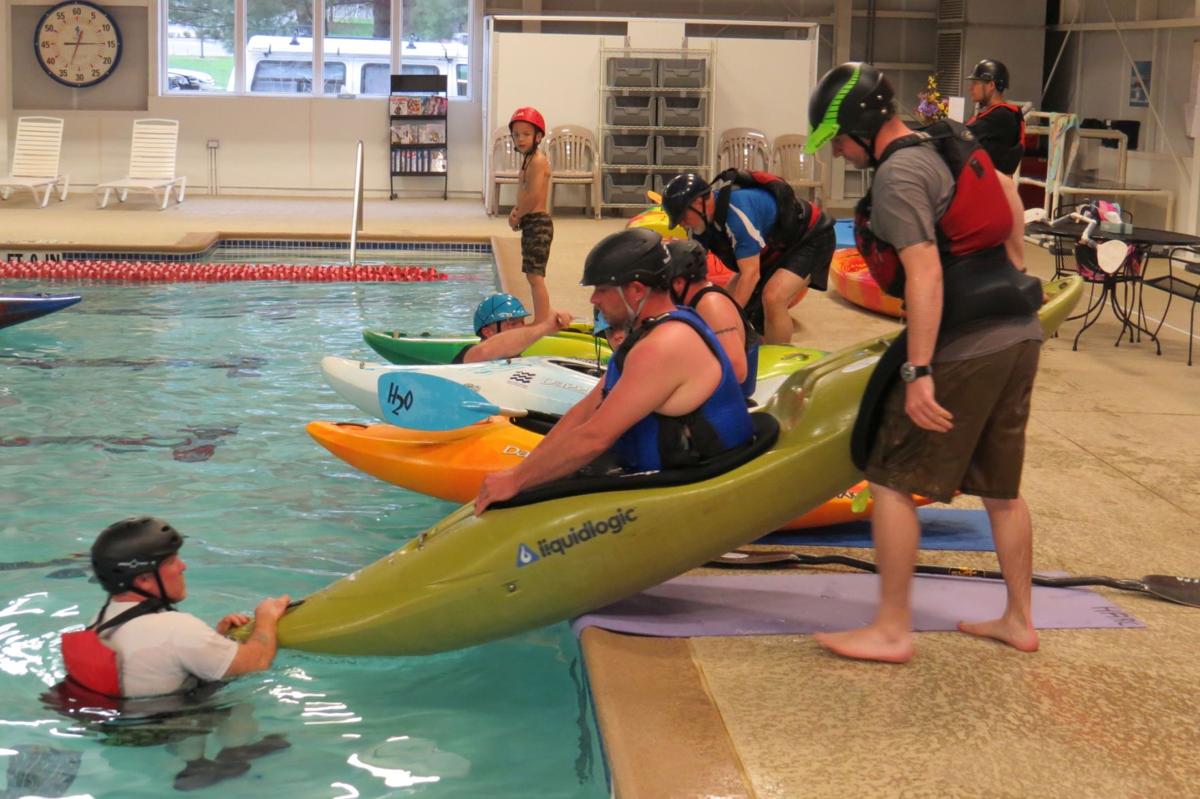 A vet and his kayak are slid into the pool at a practice session at the Hempfield Area Recreation Commission indoor pool.

A vet practices a barrel roll.

A vet and his kayak are slid into the pool at a practice session at the Hempfield Area Recreation Commission indoor pool.

Bill Butler, a former Army airborne jumper from Manheim, has recurrent knee problems and has lost the feeling in his left elbow. He's classified as a disabled vet.

Lititz resident Jeremy Strathmeyer, who's been in the military for 21 years, had a bad jump and blew out his knee.

Jim Riley, an inactive Marine, has a bunch of niggling injuries he never bothered to report.

But slide these guys into a kayak on whitewater and their physical and mental cares wash away with the current. They speak of a bonding and a shared calmness, no matter how rough the waves.

The chapter, with about a dozen participants right off the bat, also welcomes active military, anyone with a disability and friends of chapter members.

All instruction and equipment is free. There are no dues.

“There is a camaraderie a lot of us have not had since we were in the military,” says Butler, the new chapter's coordinator and who, at 47, already has had both knees replaced.

“Just being in the water is calming. It's very releasing and a lot of us see that almost universally. We get on the river and just start smiling.”

Riley, who heads the Southeast Pennsylvania Chapter of Team River Runner, also touts the purifying properties of the paddle.

“We've had some severely injured vets, but they can move around like anyone else when put in a kayak.”

The group gathered a few weeks ago on a Sunday evening in the Hempfield Recreation Commission pool to work on their paddling moves and safety maneuvers such as a barrel roll.

Safety, you quickly learn, is paramount. Everyone wears a helmet and personal flotation device at all times.

Riley brought a colorful and varied slate of playboats and downriver kayaks, all purchased with grants and donations.

The dozen or so members, along with a few children and Riley's wife, who volunteers, was a mixed group. There were men with no paddling experience, flatwater paddlers who wanted to learn whitewater, and whitewater kayakers who wanted to get better.

They strapped themselves into the cockpits and buddies lifted and pulled them into the blue pool water. The group practiced the barrel rolls and how to exit a submerged kayak.

Near the end of the 90-minute session, all turned to shouts and laughter as the kayakers formed two teams at each end of the pool and engaged in a game of kayak football.

Team River Runner was the inspiration of Joe Mornini, a Washington, D.C., kayaker who started teaching active duty servicemen wounded in Afghanistan and Iraq how to paddle while they recovered at Walter Reed Army Medical Center.

Now, Team River Runner has swelled to 45 chapters throughout the U.S. The Lancaster chapter will become official when Butler and Strathmeyer complete their whitewater instructor certification this summer.

Wonderful feats have washed out of the organization. In the summer of 2013, disabled Navy veteran Lonnie Bedwell became the first blind paddler to navigate all 226 miles of the Grand Canyon. Three buddies shouted commands to him from shore.

Riley, 63, a West Chester resident, heard about Team River Runner in 2004 from his daughter, a Navy servicewoman who read a story about the group while based in Europe.

Soon, Riley, an accomplished paddler, was teaching his skills to residents at the Coatesville Veterans Affairs Medical C enter.

But he got frustrated that he was not allowed to take the students out on actual rivers. He complained to national headquarters and they suggested Riley form his own chapter. So he did.

It’s a year-round program. Winter is devoted to inside pool instruction. Then, when the rivers rise and it gets warm, Riley and Butler lead trips sometimes weekly through the summer to various waters in Pennsylvania and the region. Yesterday, they ran Muddy Creek gorge in York County.

“Team River Runner is like a family,” Riley says. “I spend a lot of time doing it but it's a labor of love.”

The camaraderie and shared experiences of the vets and soldiers is often as important as the kayaking.

He knows it's a cliche, but Butler likens it to a “band of brothers” anyway. “Sometimes you can talk to people there that you can't talk to other people about,” he says.

It was last fall that Butler and Riley decided to form a new chapter in Lancaster. With a military presence at Fort Indiantown Gap, Harrisburg and the Lebanon VA Medical Center, they figured they'd have takers. And they were  right.

“I love helping out wounded warriors,” says Sgt. Major Strathmeyer, 39, who serves as the chief non-commissioned combat medic of his National Guard unit, the 28th Infantry Division out of Harrisburg. He's also a York city cop.

A veteran whitewater paddler and member of the Conewago Canoe Club, Strathmeyer has become a key instructor in the new club.

“It's a huge stress reliever,” he says. “It's a confidence builder and it's such a peaceful time in the water. It's so rewarding.

“I did Iraq during the worst of the worst. Being a combat vet and a cop is stressful. But you get in the water with people of like mind and it's just very calming because you're free of constraints.

“It's just you and nature and you're not bound by any laws except what Mother Nature gives you.”

To learn more about Team River Runner, to volunteer or to make a donation, contact Jim Riley at 610-836-1923 or jim.riley@teamriverrunner.org. For the national group's website, click here.