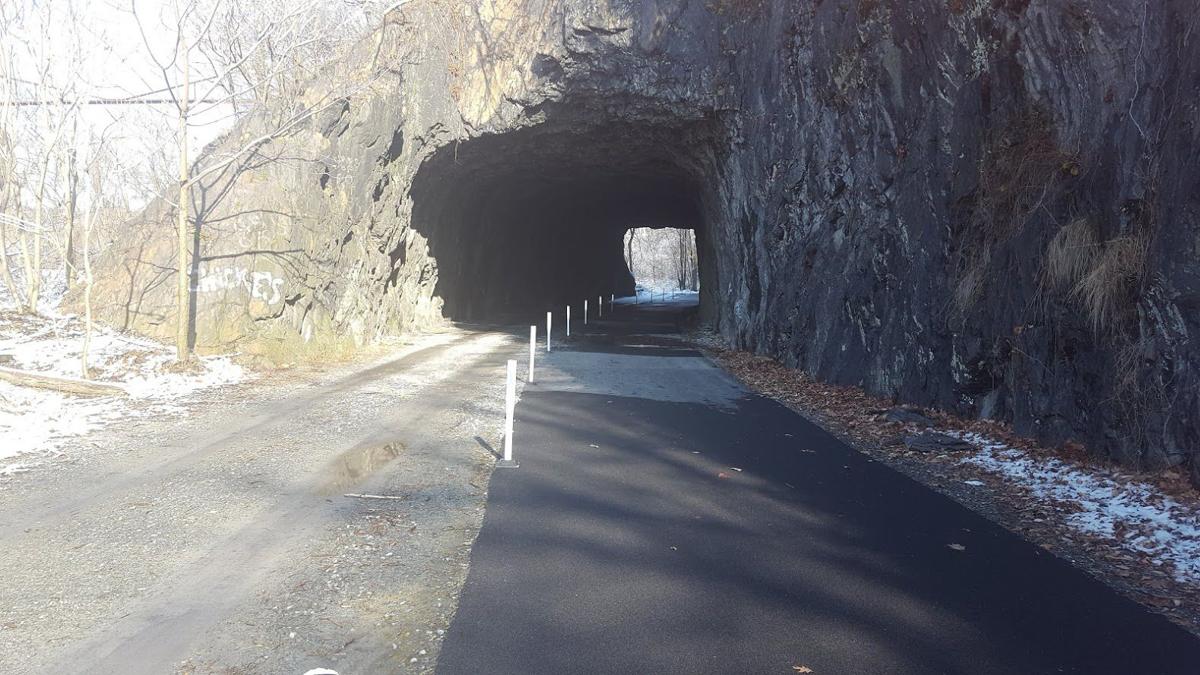 The railroad tunnel on the Northwest Lancaster County River Trail was drilled in 1850 through phyllite rock in the Chickies Ridge formation, about 450 million years ago. 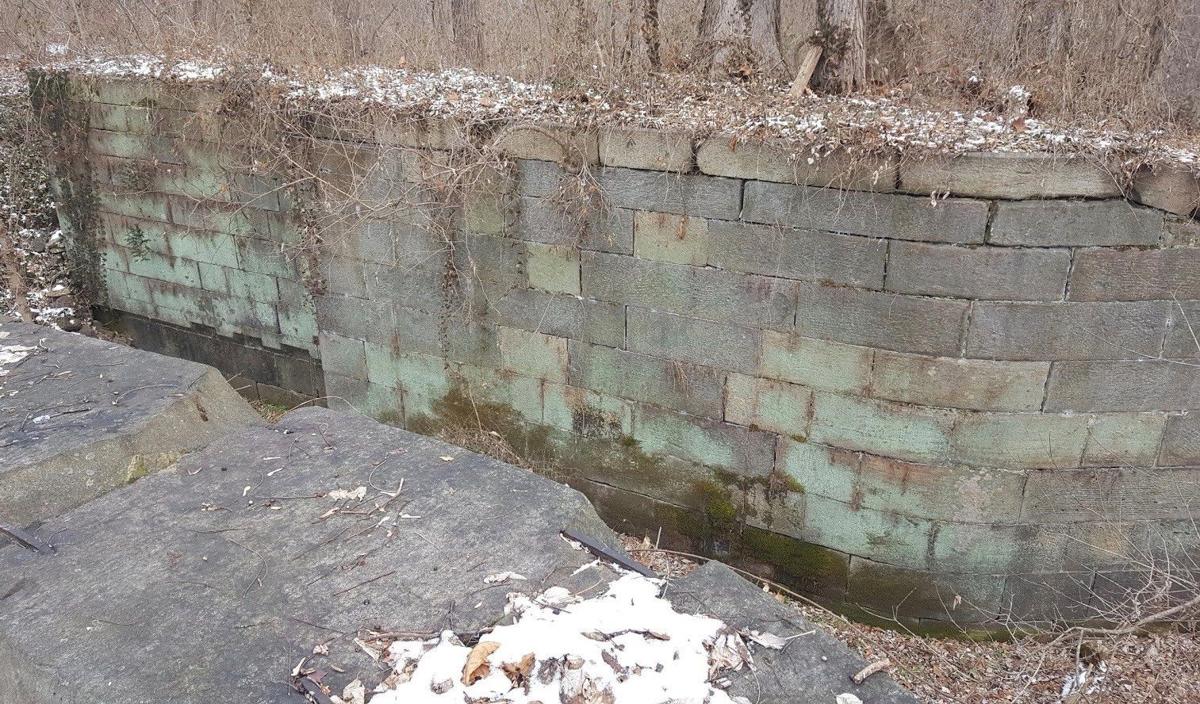 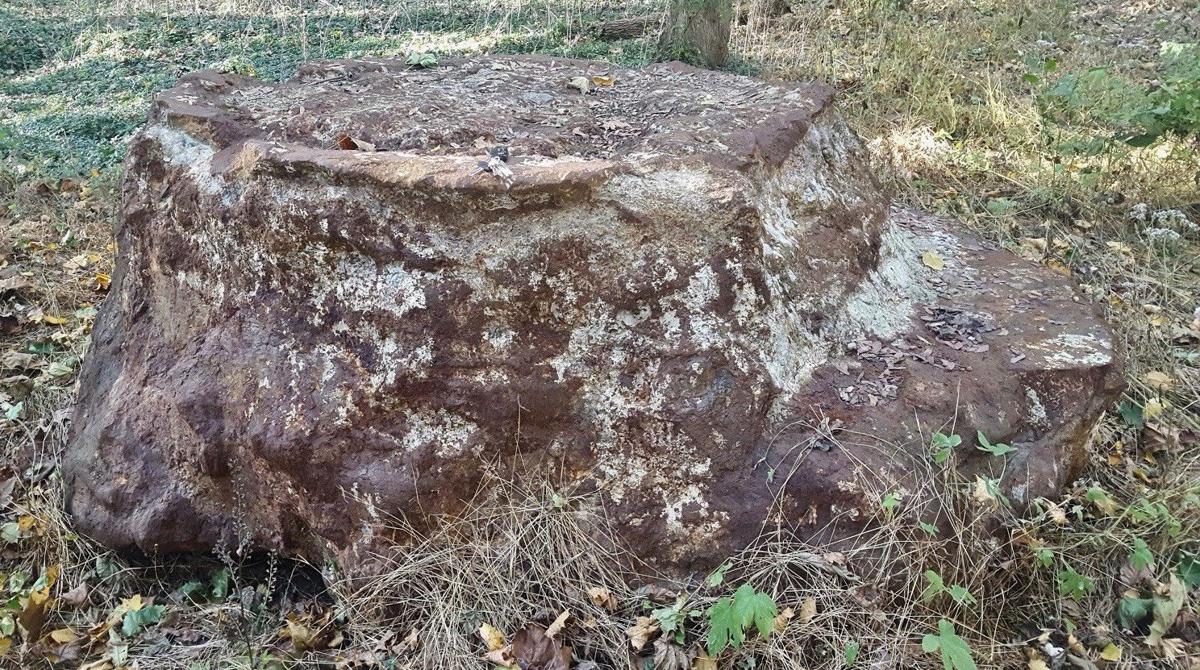 This is not a boulder but a slug of iron from iron furnace days. 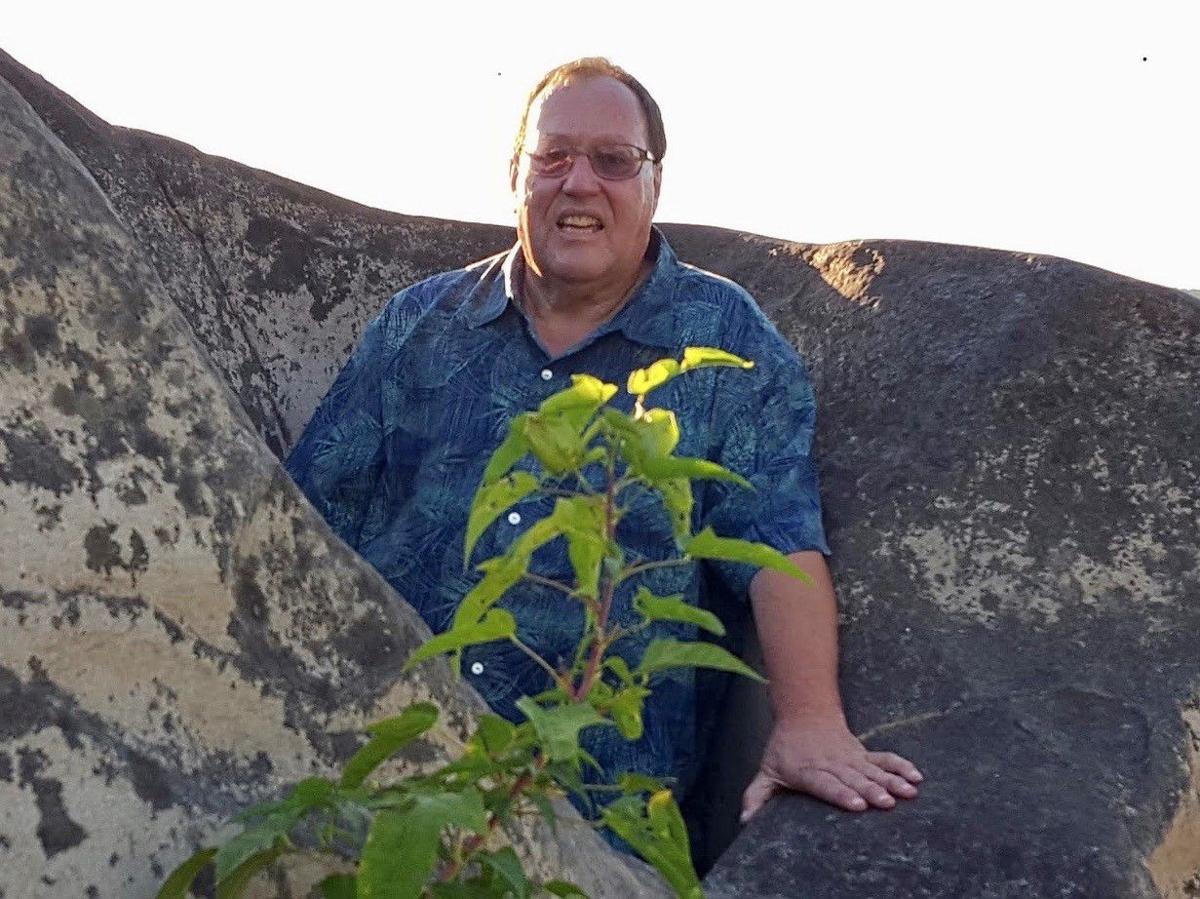 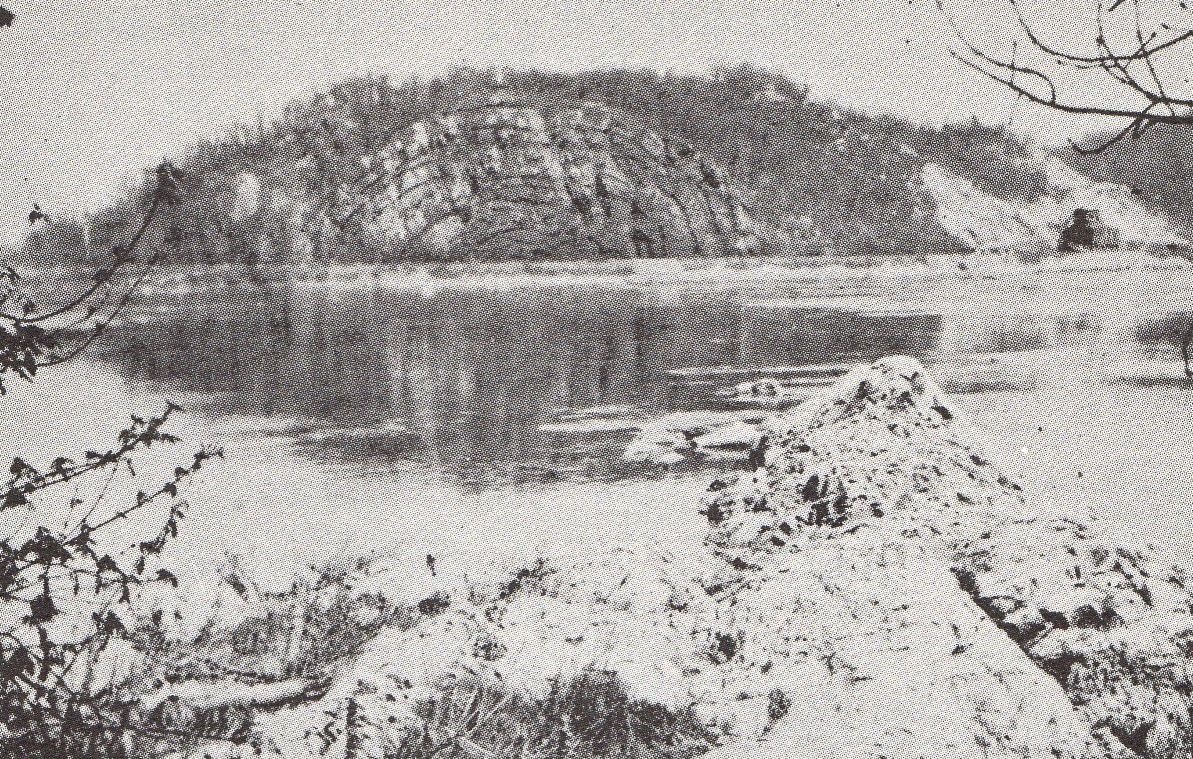 A 1930s photo of Chickies Rock shows the arched folding of the rock when it was formed hundreds of millions ago. 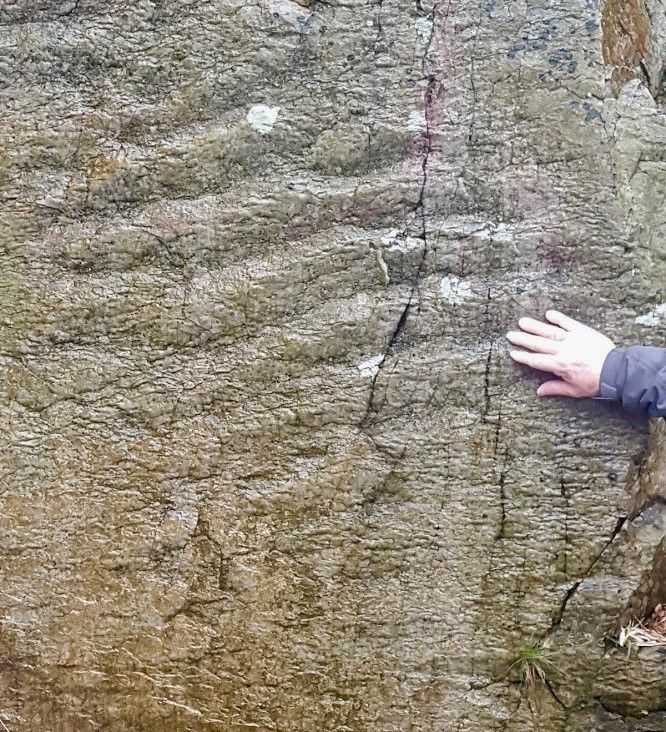 This wall of quartzite rock at the base of Chickies Rock shows ripples of what was once ripples of sand in shallow ocean water.

The 14-mile Northwest Lancaster County River Trail along the Susquehanna River has been tremendously popular since it opened in 2014. And for good reason. It’s a beautiful path along the river with such varied attractions as Chickies Rock, the White Cliffs of Conoy, remnants of great iron furnaces, canal locks, an eagle nest and the river towns of Columbia and Marietta.

Now, trail users — 120,000 last year — can have a fuller experience with the publication this week of “Geologic Guide to the Northwest Lancaster County River Trail” by Jeri Jones, a York County geologist who loves to share his passion with the public.

I’ll never walk or bike the trail again in the same way after reading this 52-page softcover guide with ample photos and geology maps. Walking the trail from south to north, you’ll make 26 stops, taking in nine types of rocks and formations from 540 million years old to “only” 160 million years old.

How to get the guide

“Geologic Guide to the Northwest Lancaster County River Trail” can be purchased directly from Jones. Send a check for $20, which includes mailing costs, to Jeri Jones, 2223 Stoverstown Road, Spring Grove, PA 17362. The guides also will be sold in the Zimmerman Center for Heritage, 1706 Long Level Road, Wrightsville; Columbia Crossing River Trails Center, 41 Walnut St., Columbia; and the Musselman-Vesta Furnace Center along the trail south of Marietta.

Jones’ lecture, “Cool Geology on the Northwest Lancaster County River,” scheduled for Wednesday at the Zimmerman Center for Heritage, is sold out. But a second lecture has been set for 6:30 p.m. Wednesday, May 13. The cost is $10. Advanced online registration is required. Go here.

“Our area is quite unique because we have old rocks, we have young rocks, we have rocks formed from volcanoes and rocks formed in the ocean and the Everglades,” says Jones, who published the book with assistance from Rivertownes PA USA and Susquehanna National Heritage Area.

Did you know: The Susquehanna once flowed in the opposite direction than it does now. But about 340 million years ago when the plate of Africa collided with North America, our crust was buckled and broken. Along with today’s Appalachian Mountains being pushed up, the river’s flow reversed course.

I was awed to learn that a series of jagged rocks jutting from the earth just off the trail north of Columbia was formed around this time. The shale and clay crust was folded and superheated and turned into a substance like Jell-O. As it cooled, the material was transformed into phyllite and quartzite. Look closely and you will see straw-like features that are the fossils of burrows of marine worms.

If you don’t know an igneous rock from a metamorphic one, or a fold from a fault, don’t worry — Jones explains all.

Of course, one of the showcases along the trail, both visually and geologically, is Chickies Rock. As Jones notes, it is also a mecca for geologists. It is the best example of the Chickies Formation, featuring quartzite and phyllite.

Stand back and look at the 100-foot-high pinnacle. Notice how the cliff appears to be arched? This is a classic anticline, a process in which the rock was folded up by great forces underground. At the base of the north end of the rock, check out the ripple marks. This once was sand in very shallow ocean water before folding and faulting preserved it in rock.

Sometimes the rocks you see are not rocks at all. Just beyond the steps to the once-great Samuel Haldeman mansion is what seems like a great boulder. But it’s actually iron and some impurities that flowed between the furnace walls of Chickies Furnace and formed a blob underneath the foundation. It weighs an estimated 13 tons.

Other manmade attractions along the trail are brought into the world of geology.

The railroad tunnel just north of Columbia was bored through an outcropping of phyllite from the Harpers Formation, from 541 million to 485 million years ago. The stone remains of St. Charles Furnace are made of Chickies quartzite.

Check out the canal walls along Snitz Creek in the northern portion of the trail. Look closely and you can see three kinds of rocks used in the slabs. Diabase are the darker gray ones; the dull reddish-brown rocks are sandstone; the light gray ones are limestone.

Wonder why there are rapids where Chiques and Conoy creeks flow under the trail? At the end of the Ice Age about 8,000 to 10,000 years ago, the Susquehanna was hit with an influx of water that cut through bedrock. But tributaries were not inundated and did not erode and found themselves 30 feet higher than the river. The streams today have waterfalls or rapids near their entries into the Susquehanna to make up for the differences in elevation.

The bedrock islands in the river at Riverfront Park are made of dolomite. Mining of dolomite — for use in steel mills — spawned several large quarries along the trail, including the Billmeyer ghost town that once housed 1,000 people.

From atop the White Cliffs of Conoy, notice the line of riffles extending across the river. This is exposed diabase, an erosion-resistant rock formed during the breakup of the supercontinent Pangaea 150 million to 160 million years ago during the Jurassic Period. Fractures in Earth’s crust were filled with magma, which cooled into diabase.

Jones, York County geologist for 38 years, is the owner of Jones Geological Services, which offers field trips and educational programs on geology to school and civic groups. He believes every rock tells a story, and now we know the tales of the rocks along the Northwest Lancaster County River Trail. It’s a good read.

Enclosed blinds, with windows, doors and sometimes heaters, are becoming more common across Pennsylvania. Does that mean tree stands are old hat?

Queen delivers message of hope to UK amid virus outbreak