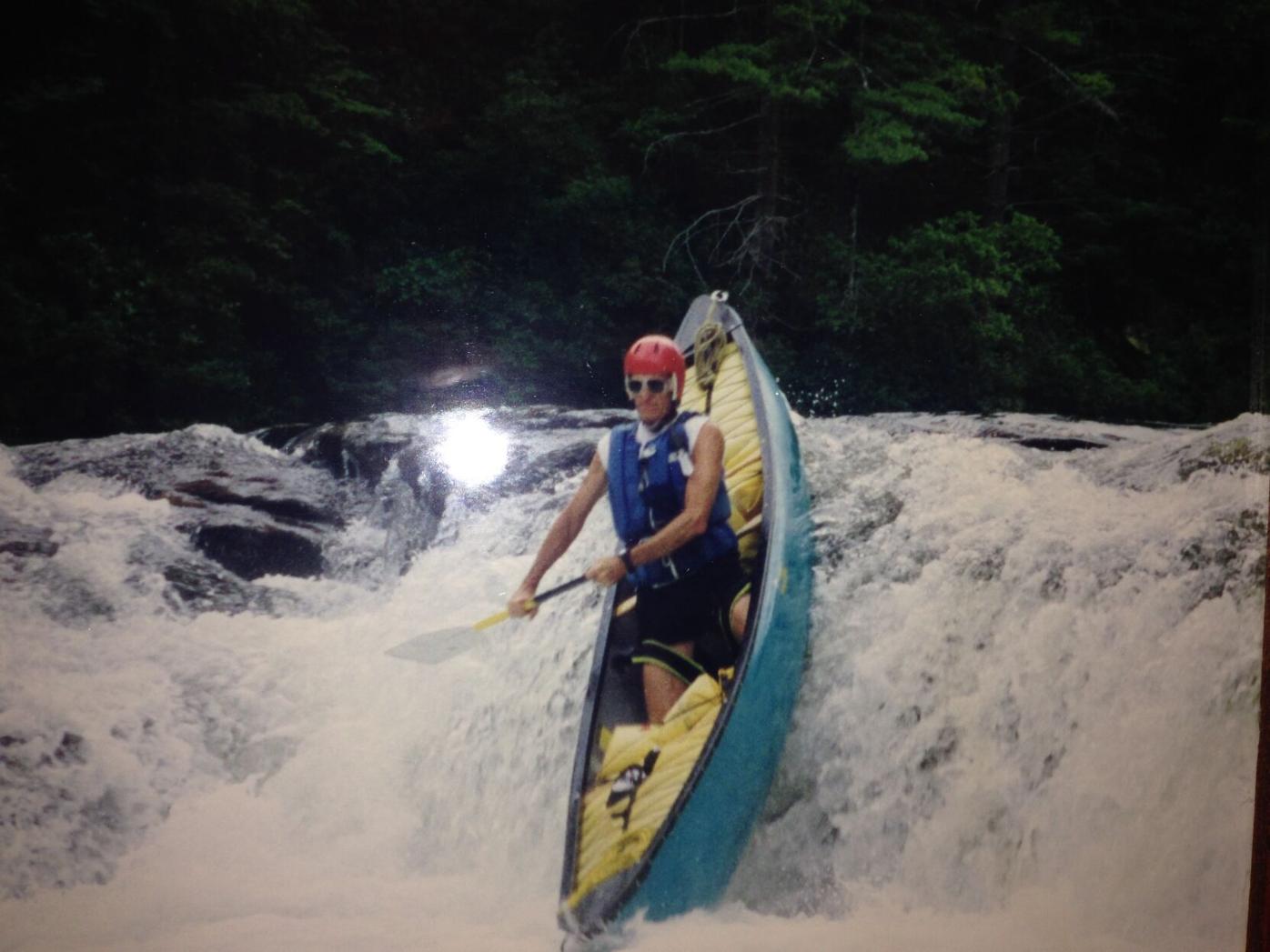 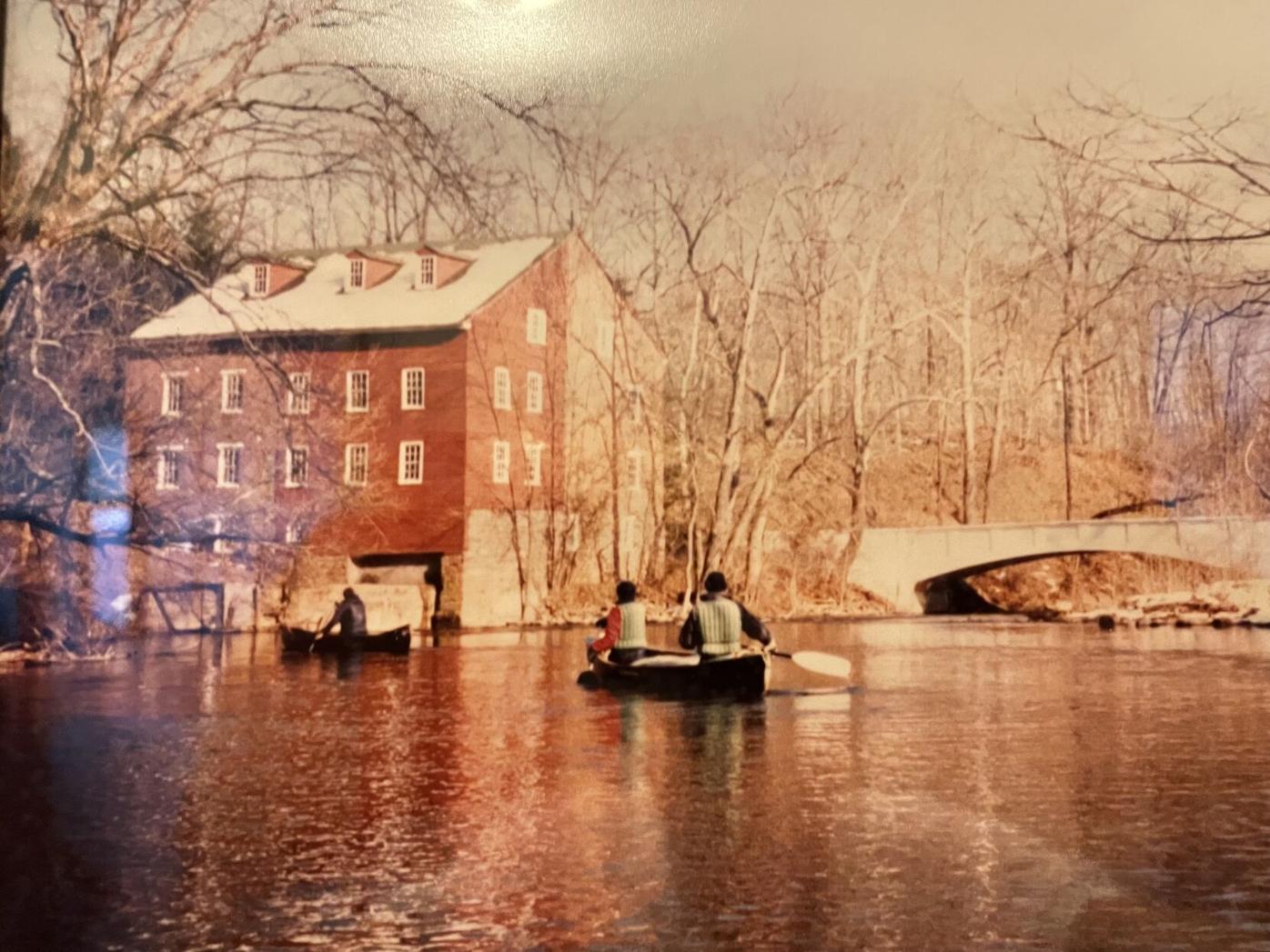 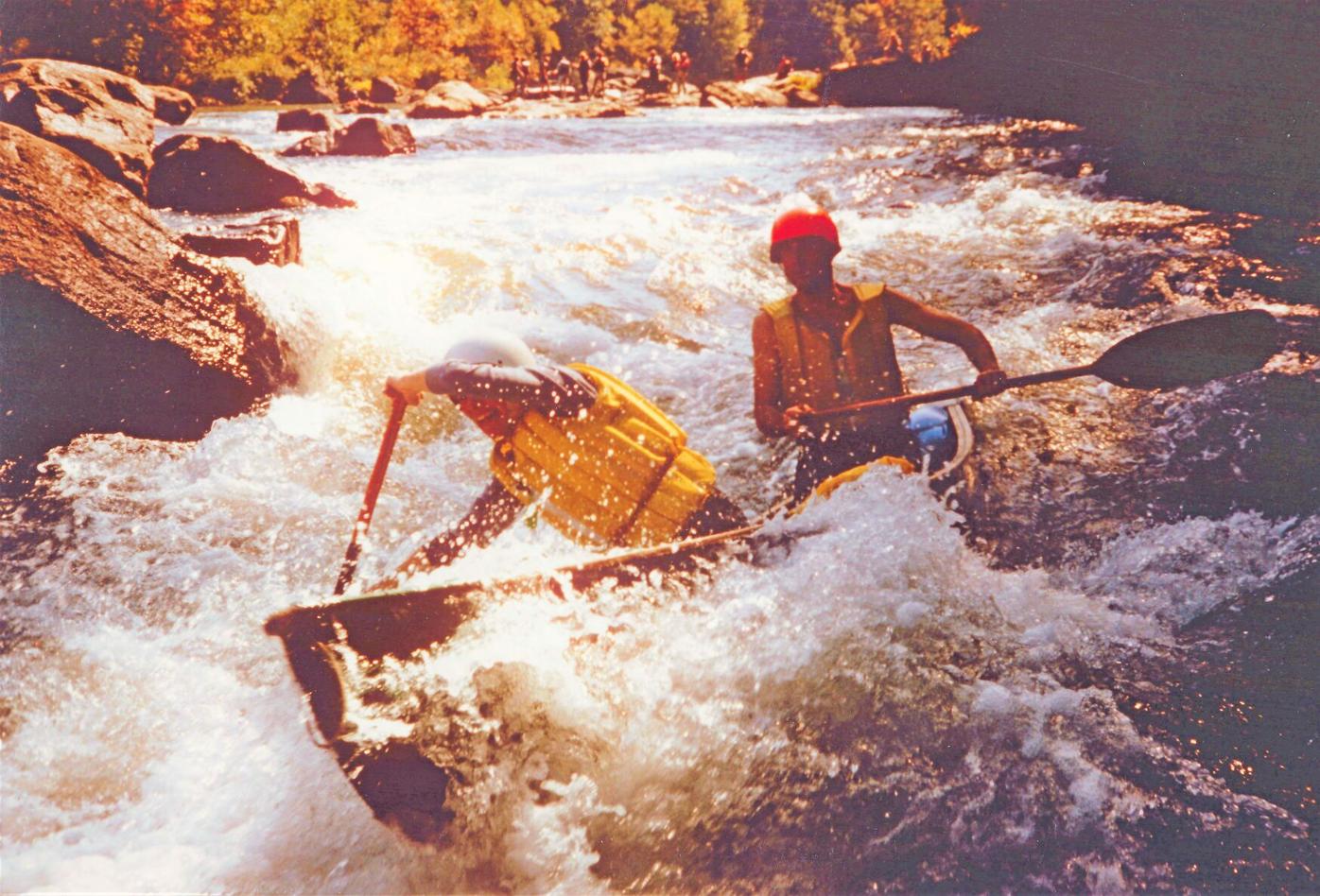 Robert and Jane Fulton work their way along the Youghiogheny River in an undated photo. Whitewater canoeists Robert Fulton and Philip Kenney were the founding members of the Lancaster Canoe Club 45 years ago.

Robert and Jane Fulton work their way along the Youghiogheny River in an undated photo. Whitewater canoeists Robert Fulton and Philip Kenney were the founding members of the Lancaster Canoe Club 45 years ago.

In the 1970s, canoeing was not a well-known way of spending one’s time. Even more fringe was whitewater canoeing in open, unwieldy aluminum canoes that were difficult to control, took to rocks like magnets, and easily swamped and sank.

Paddling on tranquil lakes, gentle rivers and other flatwater had its practitioners but had not yet been embraced by the masses.

It was at this nexus of traditional paddling and maverick, open-boat wave running that the Lancaster Canoe Club was born 45 years ago. Robert Fulton and Philip Kenney, two whitewater canoeists, put out an invitation in the newspaper and 55 canoeists showed up at a meeting room of a local bank. Forty-five of them plunked down dues on the spot.

From the outset, the focus of the club was about teaching others the basics of paddling so they could discover the beauty and fun of the sport. Safety was paramount, and a few members invested the time to become certified instructors.

Instruction went far beyond the fundamentals of how to handle a paddle. First aid, CPR, seminars on backwater camping, hypothermia, shuttle running and boat building were among the courses. Many times, people joined the club without owning a boat. They would likely own several by the time they stopped paddling.

Over the decades, the club introduced hundreds of Lancaster County residents to the sport through rigorous, on-water, two-day courses.

“The majority of us had no paddling skills,” recalled Al Eshleman, a charter member and club historian from East Lampeter Township. “Paddles changed sides, gunnels were grabbed and a rudder stroke from the stern made the canoe turn, sort of. So the inevitable dumps occurred, making virtually every canoe trip an exciting adventure.”

Another key function of the club was to get paddlers together for camaraderie and to share paddling trips. There were regular trips for whitewater, flatwater and family trips. In addition to local and regional waters such as the Lehigh River, Youghiogheny River and Octoraro Creek, there were offerings to whitewater rivers in West Virginia, Tennessee and North Carolina.

Today, the club organizes two to four trips a month. Safety remains key. Trips do not exceed the difficulty of the least-experienced member on the trip. Helmets are required. No one has ever been seriously injured on a club trip.

“You get to know people in a group, trust them and learn from them,” says Christine Brubaker, a Manor Township resident who has been active in the club for 30 years and currently serves as president.

Ruth Daniels, 77, of East Lampeter Township, was typical of those who found their way to and benefitted from the club.

In the early 1990s, she and her late husband, John, had taken a rafting trip on the Lehigh. They saw a group of kayakers playing in the waves and it seemed like fun. During the next year, the couple read all they could about paddling and felt they were ready to take to water.

“The next year we rented a two-person kayak. We thought we knew it all and came out of one eddy and dumped. We decided we should start taking lessons.” The couple would come to lead many trips.

Eshleman, 85, had a similar abrupt introduction. The first trip he took with the club was a whitewater float down the Lehigh. He wrapped his aluminum canoe around a rock and it took two hours of pounding to get it extricated.

He would become an accomplished solo whitewater canoeist in an open canoe at a time when few were doing it. He recalls one trip down the Youghiogheny. He had just shot rapids to the shock and consternation of a group of paddlers in more modern and enclosed craft.

“Hey, you can’t do that! Only deck boaters are allowed to do that,” one yelled.

“Move over, because we just came in,” Eshleman replied.

The friendships made through the club have been as important as the time on the water. “It became our favorite activity and friend group,” Daniels said. “It was an important part of our lives.”

Over the years, the club shared the soothing benefits of paddling by taking along groups of people on dialysis, people with cerebral palsy and others.

In 1976, the club published the 32-page “A Canoeing Guide to the Historic Conestoga” that is still a valuable tool on floats.

Canoe club members tend to be an irreverent group. For decades, one award handed out ignominiously at annual banquets was the Squirrel Award. An ugly ceramic rodent, it was awarded to a club member who had done something stupid on the water. Things like forgetting one’s keys to the lone take-out vehicle, having a canoe blow off the car. There were always plenty of nominees.

Over time, the use of kayaks has eclipsed canoes as the vessel of choice. The club is now known as the Lancaster Kayak and Canoe Club.

Membership has fallen off from about 130 members at its peak to about 40 now. But Brubaker is working on expanding club activities after the hindrances of COVID-19 subside.

A 45th anniversary celebration is being held for former and current club members — and the public —beginning at 4:30 p.m. Thursday, Oct. 14, outdoors at the Blue Rock Heritage Center in Washington Boro. For reservations or more information, contact Christine Brubaker at 717-380-4692 or ccbsailing@aol.com.

Frustrated with the way current leaders are handling a large-scale duck farming proposal, a pair of write-in candidates will challenge two Col…

Cornell University is leading a study to identify levels of contamination found in popular ducks and geese in Pennsylvania and surrounding states.