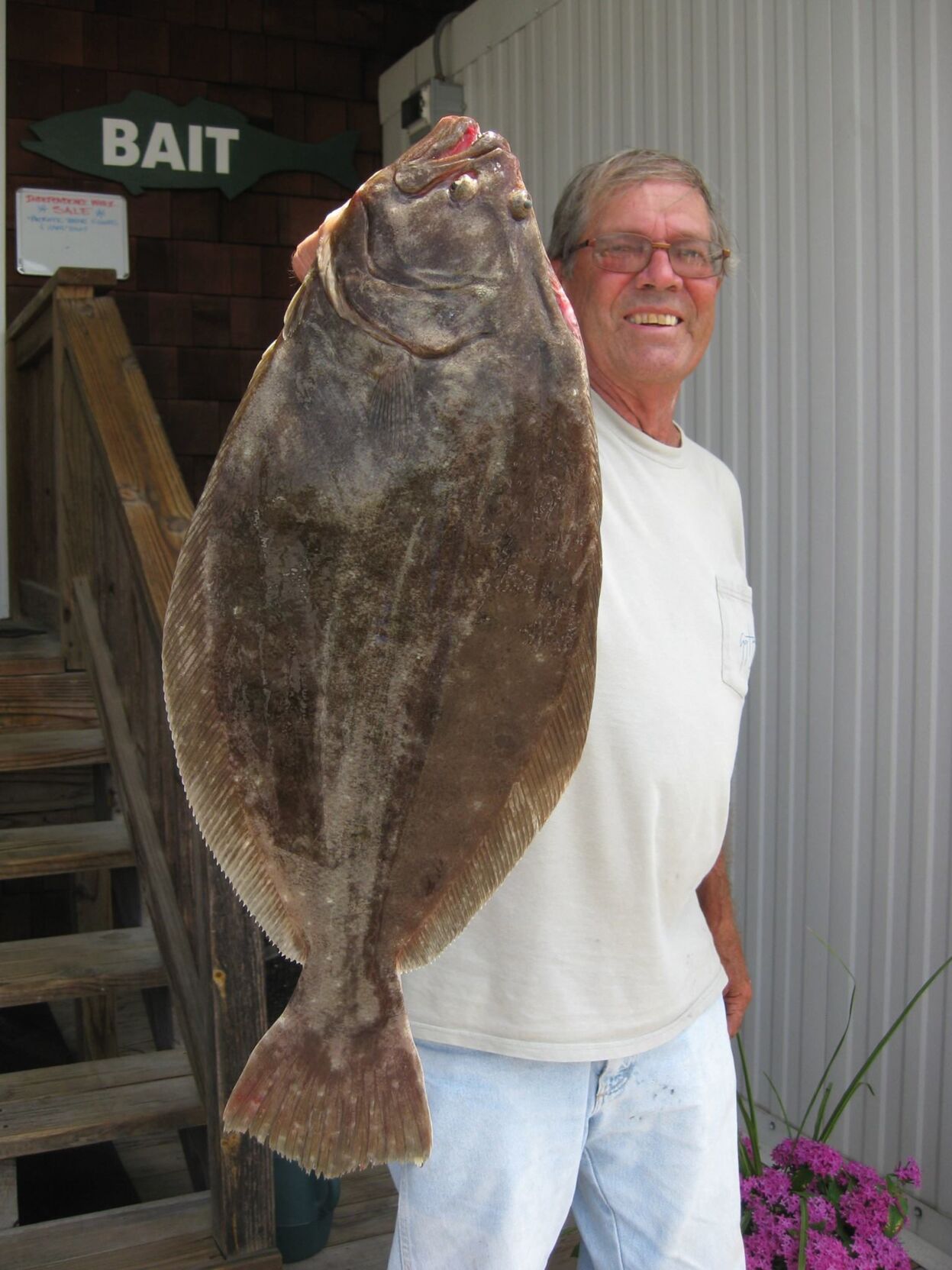 Vince Keagy with a citation flounder. 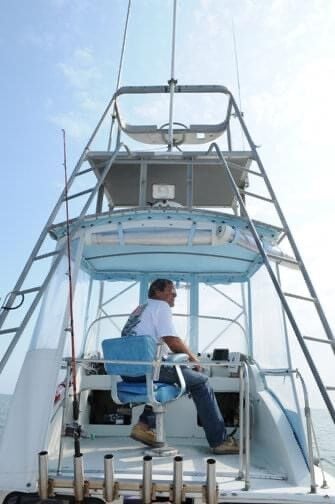 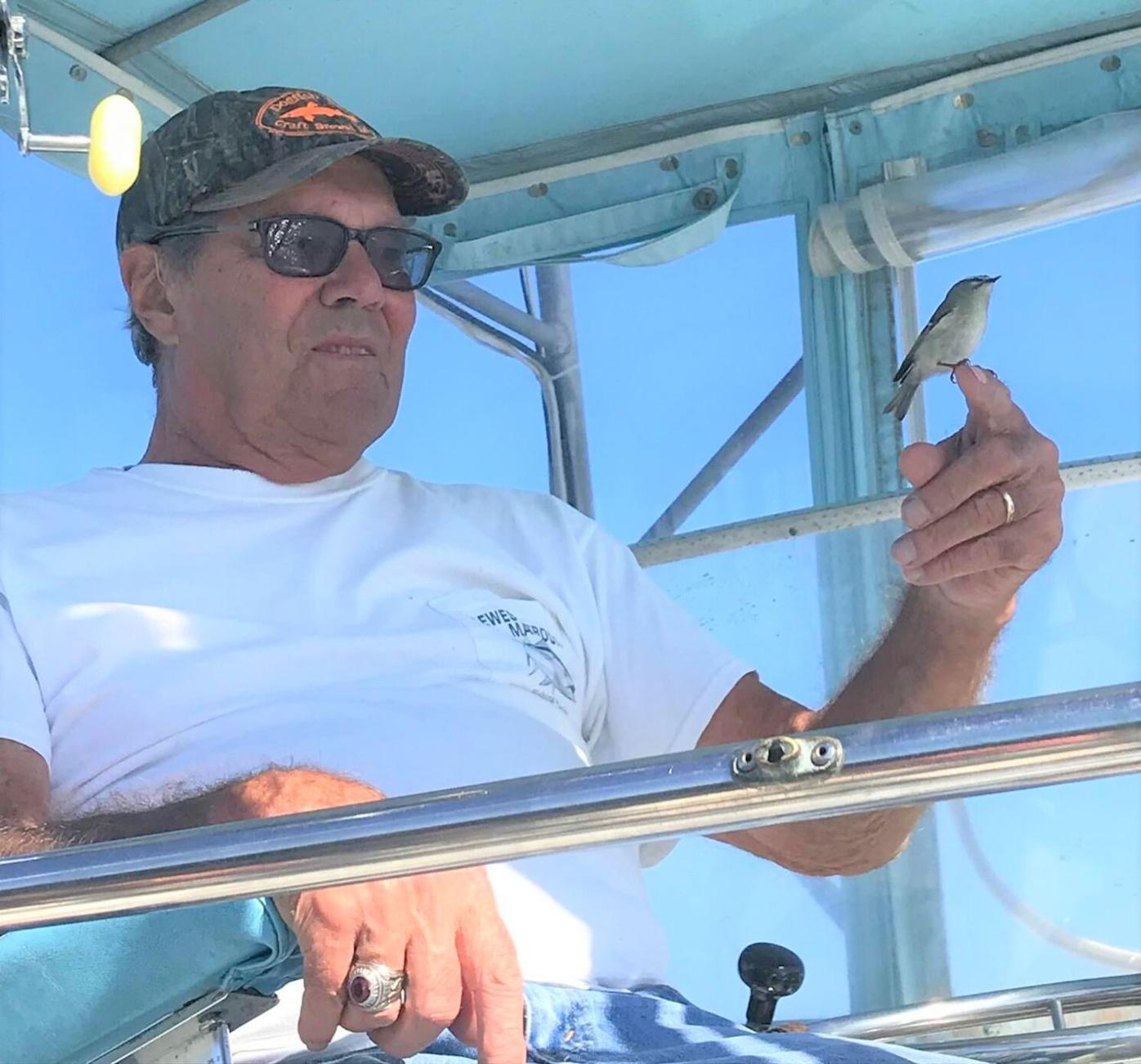 Captain Vince Keagy with a bird that alighted on his finger at sea.

Vince Keagy with a citation flounder.

Captain Vince Keagy with a bird that alighted on his finger at sea.

“I can tell you, it wasn’t fair that this is the way Vince retired.”

That’s Ryan Marshall, a Brownstown man who’s fished with or served as deck mate for Capt. Vince Keagy for more than 25 years on the sea.

Keagy, formerly of Millersville and a longtime industrial arts teacher at Wheatland Junior High, has taken thousands of Lancaster County residents fishing in the Atlantic Ocean or Delaware Bay over the last 46 years.

He’s known as “Killer Keagy” because of his knack of putting his customers on to weakfish, also known as sea trout, regardless of conditions. The boat captain, first out of Bowers Beach, Delaware, and later Lewes, earned the respect of fellow charter captains for his persistence for his customers, sharing his knowledge with others and lack of grandstanding, despite his fishing prowess.

But now, agonizingly, the 78-year-old Keagy has sold his boat and reluctantly left the captain’s chair.

Two years ago, Keagy developed a severe leg infection related to his diabetes. It caused him to miss the season, but he promised customers he would be back the next year after it healed. It didn’t, and last December part of his right leg was amputated.

Confined to a wheelchair in his home near Milford, Delaware, Keagy reluctantly sold his beloved Miss Kirstin and apologized to customers.

“It was heartbreaking,” says Keagy, a man not known to show emotion.

Keagy has been fishing since he was a kid. He grew up on a farm along Millersville Pike that was later developed into the Quaker Hills neighborhood and would fish a pond on the property and in the Conestoga River at the former Rock Hill dam.

He was about 16 when his father first took him on a saltwater fishing trip out of Indian River Inlet in Delaware. Both got horribly seasick and the elder Keagy ended up throwing his rod and tackle box in the ocean and declared he’d never go saltwater fishing again. He didn’t.

But the younger Keagy got over it, never again getting seasick, though he had to stay in the open air while captaining his boat.

Years later, while teaching full time at Wheatland and working part time at an R.R. Donnelley plant, he was invited on an employee saltwater trip to Bowers Beach. He had such a good time that back at the dock he asked the captain what was involved in getting a captain’s license.

Undeterred, on weekends, summers and holidays, he would serve as first mate on boats out of Bowers Beach. He spent many a night sleeping on a boat after a long day’s charter.

“I wanted to do it, and if you make your mind up to do something, you can do it,” he recalls.

In 1973, he had saved enough money to buy his first boat for $24,000. He started captaining large charters out of Bowers Beach. He did well enough to buy a larger, venerable 31-foot Bertram Yacht in 1978, which he christened the Miss Kirstin after his daughter, one of three children.

He retired from teaching after 30 years and moved to Lewes to captain smaller, more intimate groups of customers of six or less, mostly from Lancaster County. He didn’t need to advertise. Word of mouth from satisfied customers spread the word and drummed up repeat trips.

One of his sons, Kyle Keagy, remembers crawling around on the decks of Bowers Beach marinas, waiting for his dad to come back with a catch. Once the haul was unloaded, Kyle would proudly rinse off the deck of blood and guts.

“I have never met another person who loved fishing as much as him,” he recalls, remembering how even after long days on the water, and gas running more than $5 a gallon, his dad would go out by himself to catch striped bass.

The days could be brutal. On tuna trips 60 miles out to sea, Keagy would get up at 2:30 a.m. and not get home until after 6 that evening. Often he would schedule two half-days trips a day, starting one at 4:30 a.m. and another in the afternoon.

As you can imagine, Keagy has witnessed many interesting spectacles on the water. Like the time he warned an Amishman from Lancaster County to be careful his beard didn’t get caught in the reel. It did in the middle of a battle with bluefish, with painful consequences.

Keagy’ customers would catch sharks up to 400 pounds off the coast of Delaware. “If people at Rehobeth Beach and along the coast knew what we were catching they probably wouldn’t want to swim there,” he says with a chuckle, quickly pointing out the species of sharks he caught were scavenger fish and wouldn’t attack beachgoers.

At one time, the marinas at Lewes were full of charter captains from Lancaster County. Most of them have died — Rick Lapham, Pete Floyd, Marlin Longenecker and Marvin Schmeck.

Capt. Mark Wolf, another member of the original “Pennsylvania Navy” in Lewes, is now retired but remembers being taught by Keagy and serving as his deck hand for seven years.

“He most definitely mentored me to become a captain,” says Wolf, formerly of Lancaster. “Fishing different tides and depths of water, I learned off of him. He had a dry sense of humor and he could get cross. To someone else it would have been offensive but he could pull it off.”

Wolf appreciated how his boss acknowledged the value of deck hands. Keagy would say that 75% of return charters were due to the actions of deck mates.

Keagy hated to disappoint customers and would go to great lengths to pull the trips off. Former deck hand Marshall, of Browstown, remembers the time the steering went out on the Miss Kirstin. Rather than scrub a charter, Keagy had a deck hand lie in the hold, using a wrench to turn the boat when Keagy barked out commands.

Wolf noted how Keagy earned the respect of local fishers and captains alike by his boat handling, fish sense and dogged pursuit of fish.

He didn’t throw his customers’ catch on the pier as many captains did to attract new customers. And he didn’t approach other captains’ customers, trying to woo them.

“He’s a class act, but he’s a class act at a normal person’s level,” says Marshall. “It’s hard to watch this. He was a genuine fisherman, and I learned a lot from that man. I look at him as a father figure and I don’t think he knows it.”

Keagy feels fortunate to have fished during the glory days of plentiful fish and laments how fishing stocks continue to decline. Where he once would boat 150-200 weakfish a trip, customers are now limited to one.

Wolf has another explanation: “Vince was a good fisherman first and foremost. With 9% of the fish in the Delaware Bay on 10% of the bottom, Vince had the uncanny ability to be in the right place at the right tide.

“I think because of him there are not as many fish to catch.”

Keagy says his greatest reward was seeing smiles on his customers’ faces when they caught fish.

He expects to be fitted for a prothesis soon. When that happens, there are a bunch of fishermen eager to guide him onto their boats, ply him with a fishing rod and head out to sea.

Swooping down from an overcast sky Wednesday, a tiny bird beat its wings in the air above Co…

Are telephone poles the key to curb spotted lanternflies in PA? Here's what experts say

Studies have found lanternflies are attracted to utility poles, which may be key to bringing the population under control.

Temperatures in Lancaster County are starting to warm, which means it's the perfect opportun…

Lancaster County real estate and searching for ghosts at Fulton Theatre: 9 articles from over the weekend [Weekend Reads]

Too busy enjoying the spring weather this weekend to login and get your dose of LNP | LancasterOnline? Not to worry, we got you covered.

What do the draining of Speedwell Forge Lake in 2011 and the possibility of a rare wild trout fishery in Lancaster County have in common?