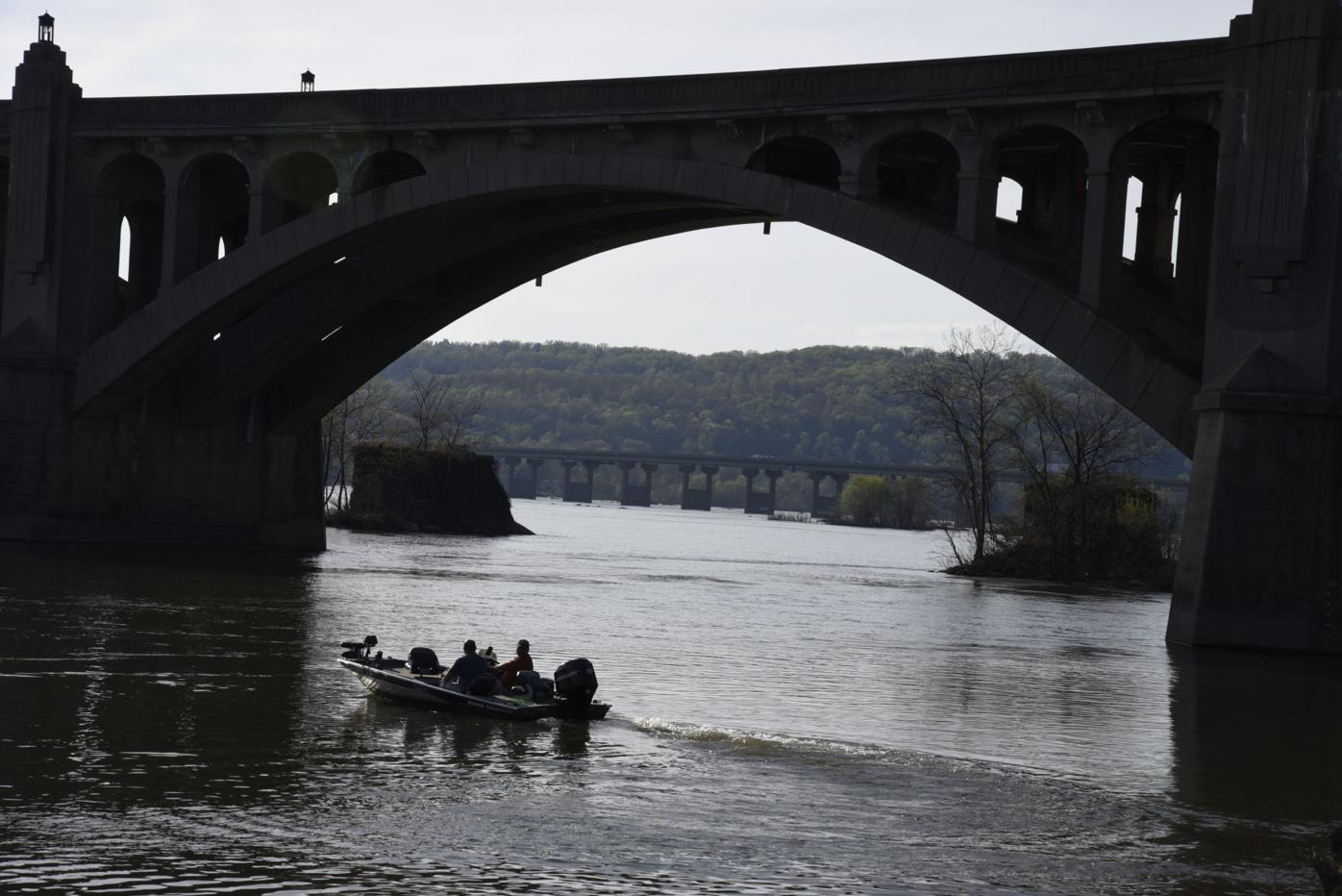 A smallmouth bass boat launches from the boat launch in Columbia Tuesday evening, just before the Fish and Boat Commission held a public meeting on easing bass restrictions. 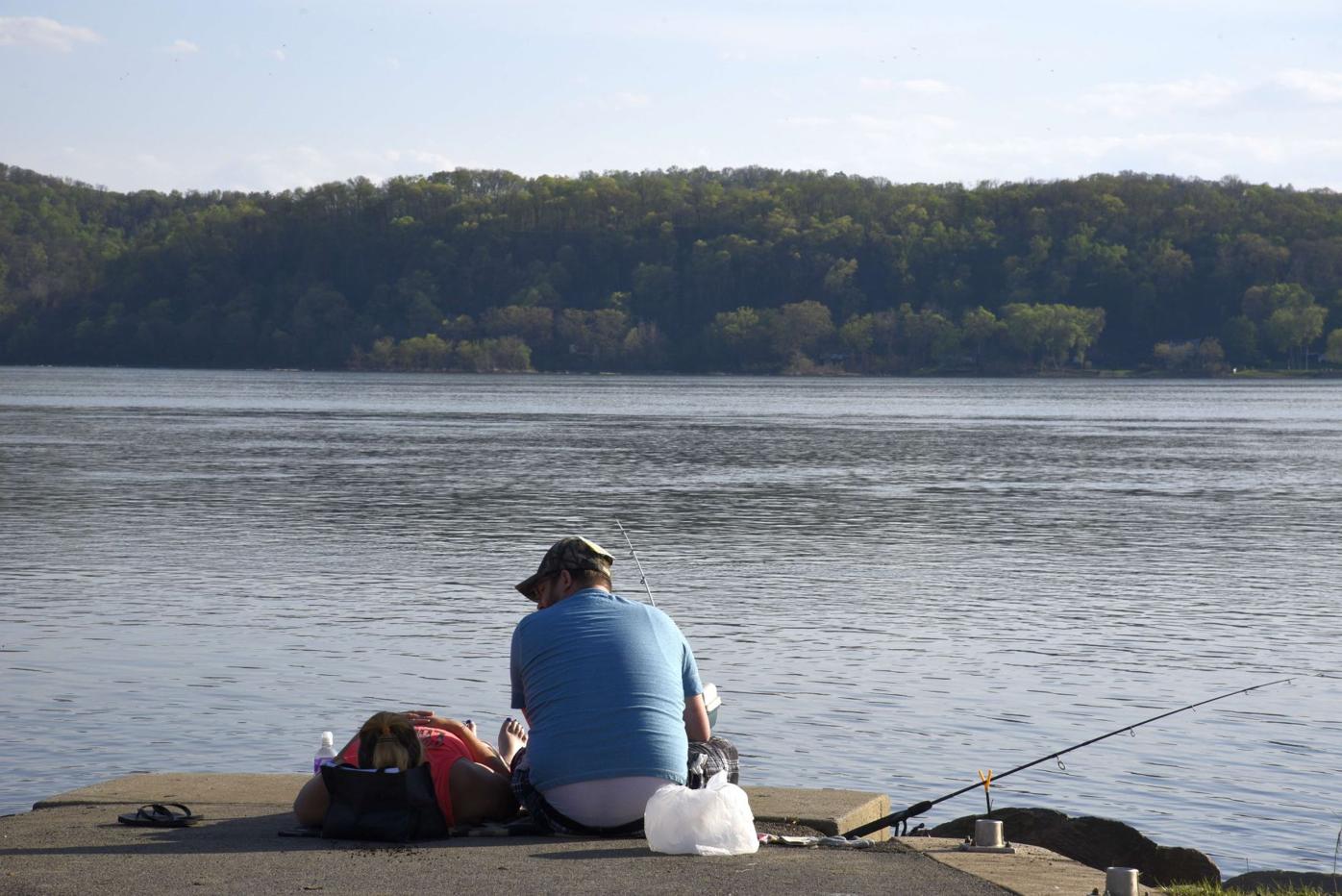 An angler fishing in the Susquehanna River at Columbia. Bass season opens statewide on Saturday, June 16. The Lower Susquehanna is catch-and-release however. 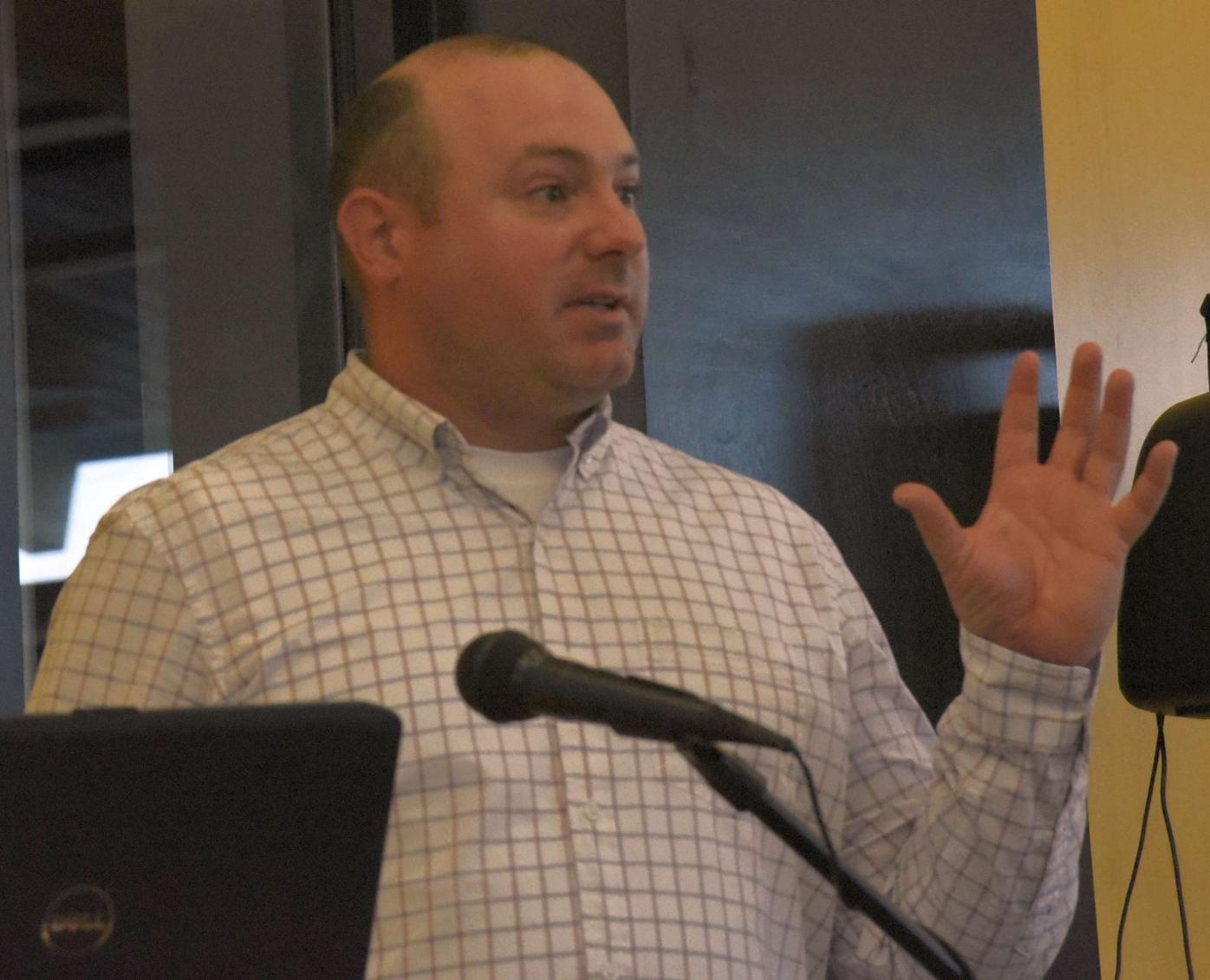 Andrew Shiels of the Pennsylvania Fish and Boat Commission makes a point Tuesday at a public meeting in Columbia on smallmouth bass regulations.

A smallmouth bass boat launches from the boat launch in Columbia Tuesday evening, just before the Fish and Boat Commission held a public meeting on easing bass restrictions.

An angler fishing in the Susquehanna River at Columbia. Bass season opens statewide on Saturday, June 16. The Lower Susquehanna is catch-and-release however.

Andrew Shiels of the Pennsylvania Fish and Boat Commission makes a point Tuesday at a public meeting in Columbia on smallmouth bass regulations.

Several times Tuesday evening, the head of the Pennsylvania Fish and Boat Commission glanced out the window of the meeting room in Columbia, took in the sun setting on the Susquehanna River and apologized to the assembled anglers and fishing guides.

He knew they’d rather be fishing.

But John Arway was also telling them what most wanted to hear: The agency was proposing to remove a much-criticized and unenforceable 6-year ban on fishing for prized smallmouth bass during the spring months on the lower Susquehanna and lower Juniata rivers.

The regulation was put in place as another attempt to protect the lower rivers’ diseased and barely reproducing prized bass population at a time when they spawn and are vulnerable.

But many anglers hated the restriction at one of the most popular times to fish. Local guides lost business. Parents eager to take kids fishing stayed home.

Some simply ignored the regulation and caught and released bass anyway. Many argued that the bass population was rebounding and the restriction was not necessary.

Tuesday at the Columbia Crossing River Trails Center, PFBC officials told the eight anglers present that hard data shows bass populations are indeed on the rise, and it’s safe to tentatively allow catch-and-release fishing for bass during the spawn as many anglers apparently want.

"It always comes back to cutting out the fishing, and that data is not there."

In the last two years, surveys showed catch rates for juvenile bass similar to what they were before the 2005 collapse, and catch rates for bass 15 inches long or more were the highest ever recorded, said Geoff Smith, PFBC’s biologist for the Susquehanna River.

In addition, the number of bass with signs of disease or intersex characteristics is waning, he said.

Therefore, if passed by the commissioners in July, bass could again be caught and immediately released from May 1 through mid-June, beginning in 2018.

Agency representatives emphasized Tuesday that a ban could be reinstated if fish numbers again decline.

Though anglers at the Columbia meeting were appreciative and supportive of PFBC’s plans, Mike Acord, co-owner of Susquehanna Fishing Tackle in Columbia, said the agency seems to lack hard data to show that anglers or fishing tournaments that catch bass and immediately release them during the spawn are in any way harming the bass population.

“It always comes back to cutting out the fishing, and that data is not there,” Acord said.

Andrew Shiels, the commission’s director of the bureau of fisheries, said the action was taken six years ago to protect what bass were left.

Arway called the ban a “social and ethical decision.”

Smith acknowledged there are no studies specifically for the Susquehanna, but said there are studies that show that predator fish zoom in and eat fish eggs on a nest if an adult bass is gone for even a minute or so, the time it takes to be caught and released.

Prized smallmouth bass in the Susquehanna River are rebounding, but the Pennsylvania Fish an…

Turning to the root causes of diseased and dying bass, Arway said studies continue to point the finger at nutrients and chemicals from pesticides running off farm fields.

Though not as large or sought after as smallmouths, Arway said rock bass and sun-breasted sunfish have not shown signs of a comeback as have bass.

Arway has singlehandedly fought for the state to declare the Susquehanna impaired so that federal regulations would require a solution and free up money to aid farmers for conservation measures.

But, Arway charged, the state Department of Environmental Protection and other state agencies “have their heads in the sand” and have refused to make the declaration on the basis of dying and diseased bass.

“We’re not going to give up the fight until that disease disappears,” Arway vowed.

The Columbia meeting was the middle of three public input sessions on the fishing ban proposal before the commission takes a formal vote in July.

At the meeting, six people filled out feedback forms supporting the removal of the fishing ban in spring while one person opposed it.

At a meeting Monday in Harrisburg, eight people in attendance supported the ban removal while seven were against it.

The public has until May 10 to comment on the proposal to lift the spring fishing ban for smallmouths.

Going against the advice of its staff, the Pennsylvania Fish and Boat Commission this week refused to reopen the lower Susquehanna and Juniata…