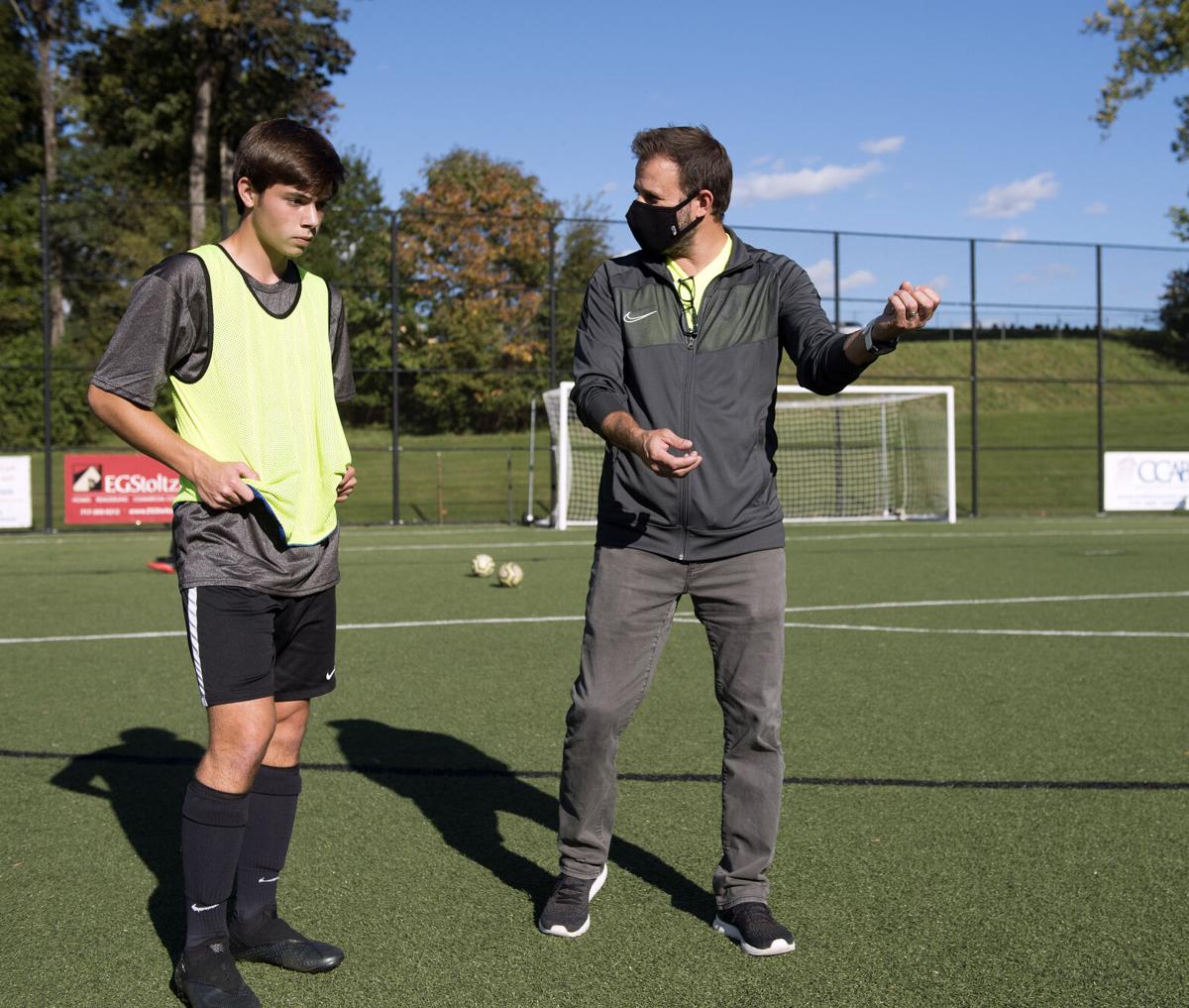 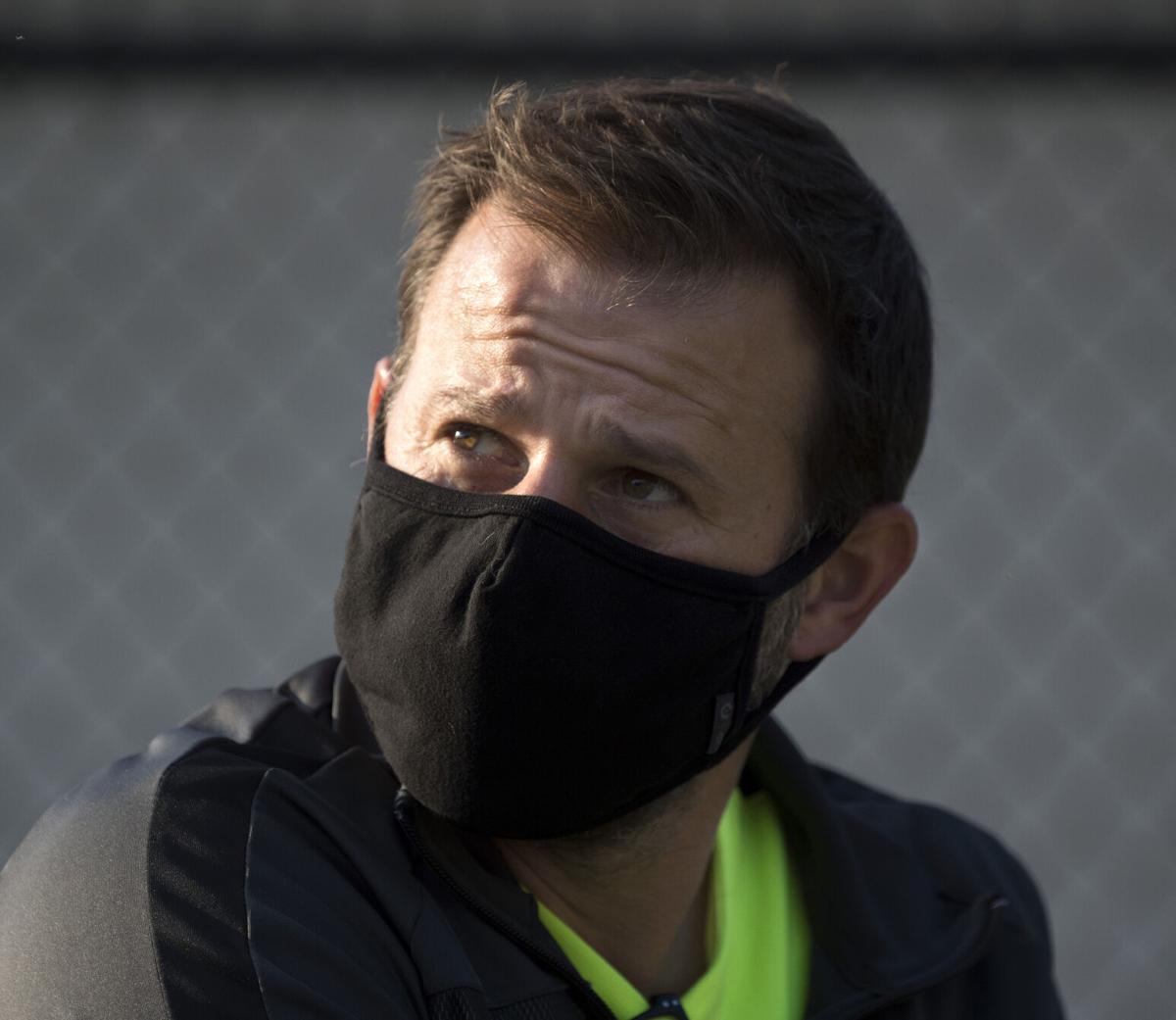 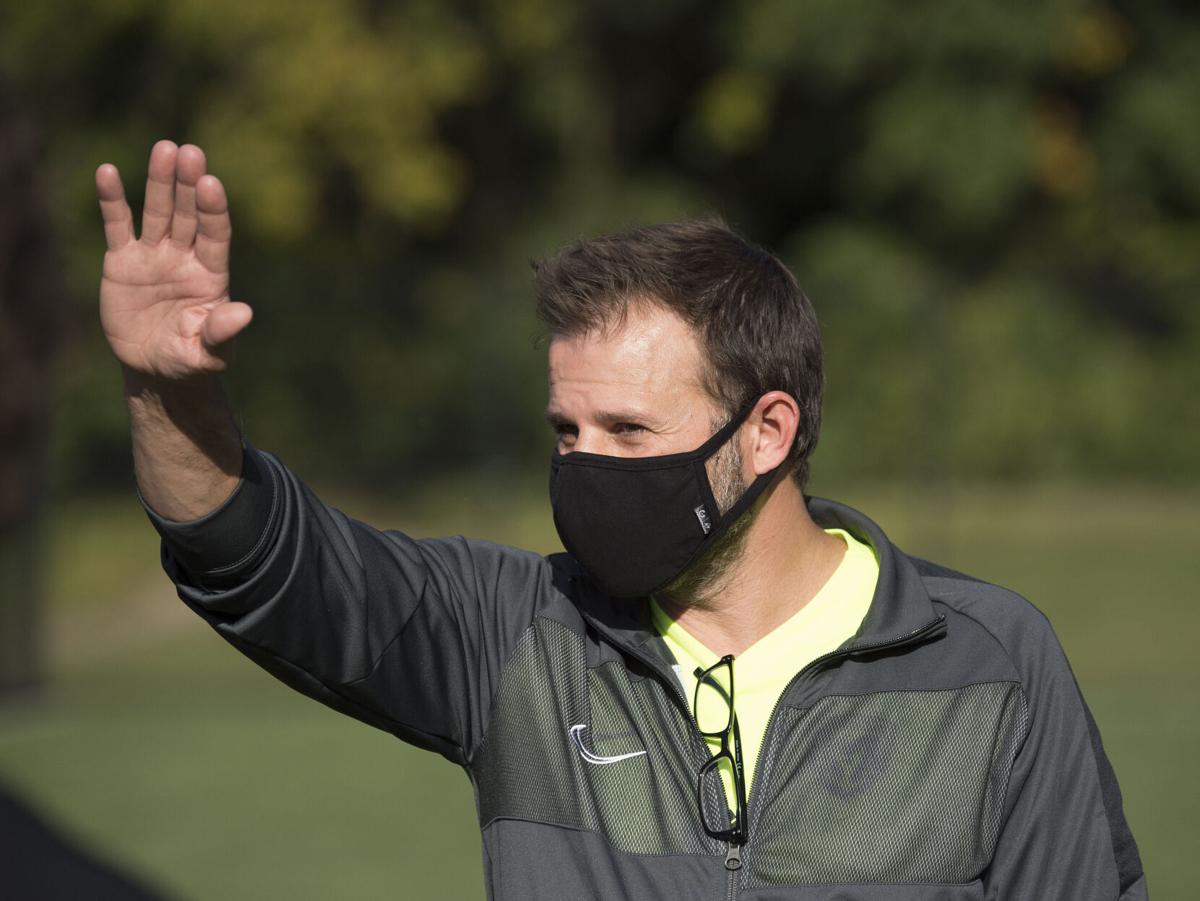 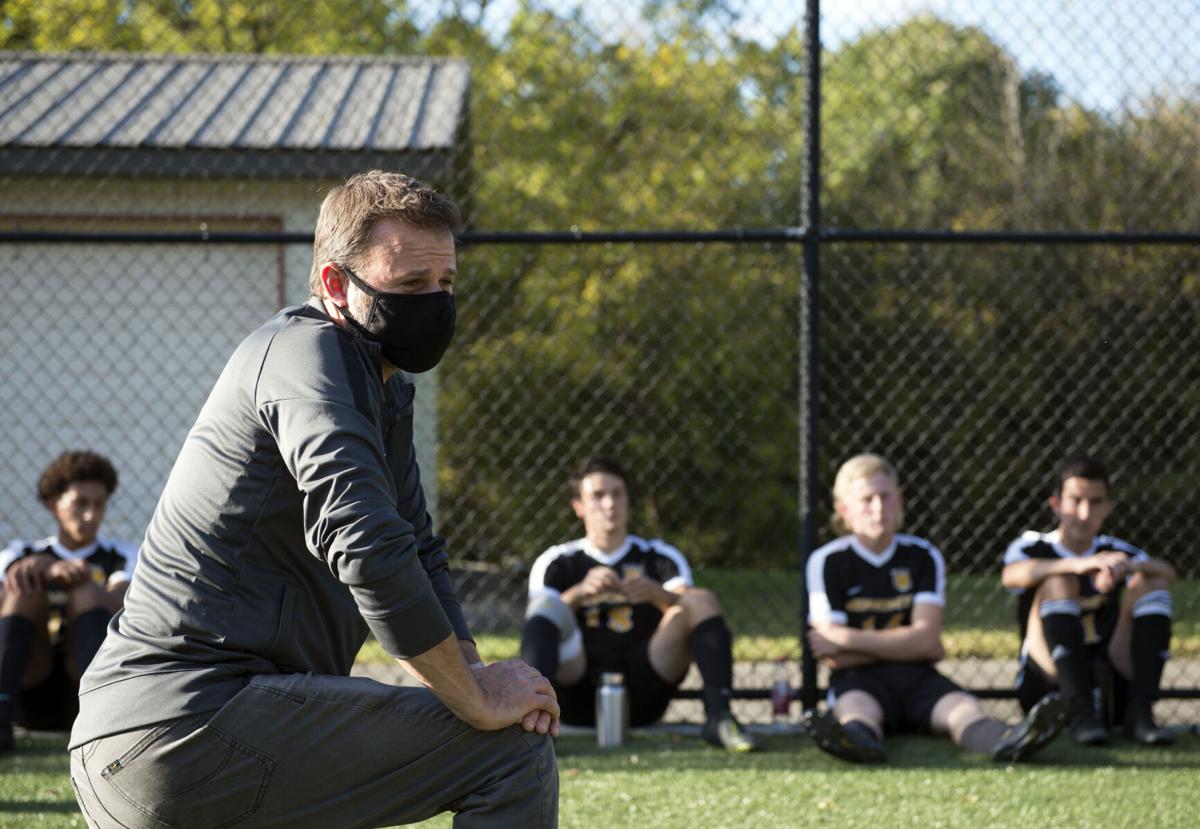 Lancaster Mennonite 14th-year boys soccer coach Fred Winey recently added to his long list of accomplishments by picking up career win No. 250 in the Blazers’ 5-0 victory over Octorara on Oct. 2. Lancaster Mennonite has since won three more games to improve to 6-0 overall.

It’s a promising start for a Blazers’ bunch that will try to live up to the high bar that’s been set at Lancaster Mennonite since Winey took over as coach in 2007.

A Middletown native and former Lancaster Mennonite player who graduated in 1990, Winey credits his success to his mentors.

There’s former coach Layton Shoemaker, under whom Winey played at Messiah University in the early 1990s. Shoemaker was named the 1986 NCAA Division III Men’s Soccer Coach of the Year and later finished his coaching career with 316 wins.

And there’s the 10 years Winey spent as an assistant under Messiah men’s coach Dave Brandt, who went on to coach at Navy and is now coaching at D-III Hope College in Michigan.

Winey, 48, has been a physical education teacher for Lancaster Mennonite since 2007. He’s a father to a 21-year-old son. And he’s a husband.

LNP|LancasterOnline recently chatted with Winey about his coaching journey and more...

How have you been successful in juggling family, work and coaching?

“I feel supported in what I do by my family. You just have to make sure that you are balancing those things and keeping the priorities where they need to be. And being mindful in the offseason, when things slow down with soccer, to spend more time with your family.”

Why go into coaching in the first place?

“When I was in college and thinking about teaching, I also was thinking that I would want to continue in the game in some capacity. Vernon Rice was a big influence on me in terms of my profession. I often thought it’d be great to come down to Lancaster Mennonite and teach and coach there.”

How has the game changed over the years?

“The talent level across the L-L League has gotten better and better over the years. When I was in high school, I was on a good, senior-laden team, with about a dozen seniors. ...and of all the guys on the team, I was the only one who played club soccer. When I first started coaching at Lancaster Mennonite, you’d have some club players, but now, just across the league, everyone has played club at some level. That’s the biggest change over the last 10 years. And the coaching they’re getting at the club level is big, with more former college players now coaching at the club level, so their knowledge of the game is stronger.”

How have you tried improving as a coach over the years?

“One of the things I did was get a master’s degree in coaching and athletic administration through Concordia University Irvine (in 2016). So that was good from a professional development standpoint. It helped me on a number of different fronts. It made me think about different aspects of coaching I hadn’t considered before. I have my national United Soccer Coaches’ Association national convention, which is almost like student-teaching for coaches.”

This year has been unlike any other in light of the COVID-19 pandemic and the safety protocols in place. How challenging has it been as a coach?

“There are protocols and things like that are different. Temperature checks before practice and games. Students fill out screening forms. There are a lot more administrative things you have to get down, but when it comes down to actual training sessions themselves they’re pretty similar. You keep guys spread out as much as you can. But when it gets to the coaching part, it’s kind of the same. I’m sure I’m not alone in this in that for a lot of coaches it’s about their expectations for the year. For us, it’s kind of framing it as nothing is certain, we just want to make sure it’s going to be a successful year if we come and enjoy every moment we come together as a team and put in time and effort to achieve great things.”

MYERSTOWN — You will come to a place where … you have to deal with pressure.