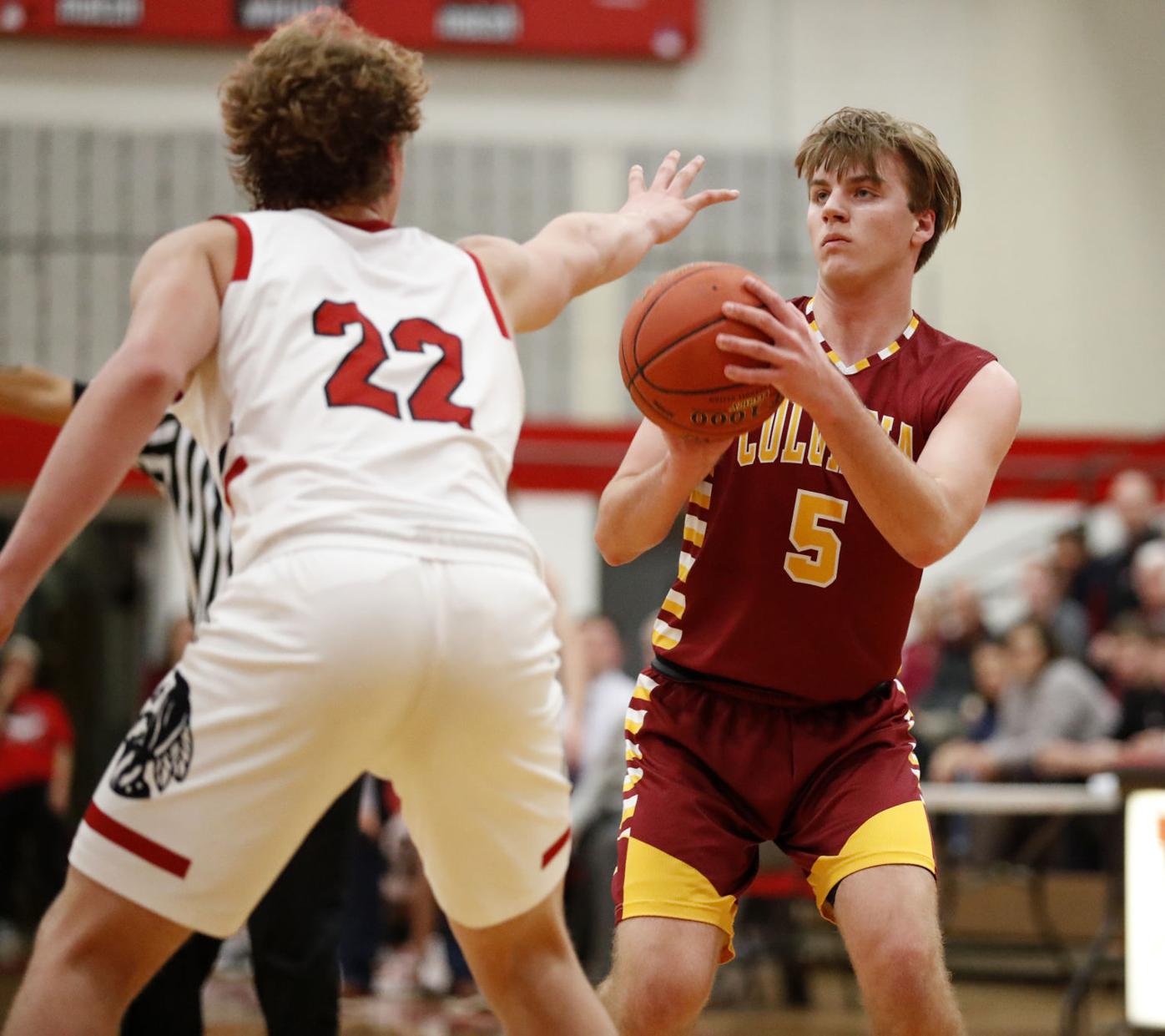 Columbia’s Ryan Redding eyes up a 3-pointer during the Lancaster-Lebanon League boys basketball quarterfinals, held at Warwick High School in Lititz on Feb. 10, 2020. 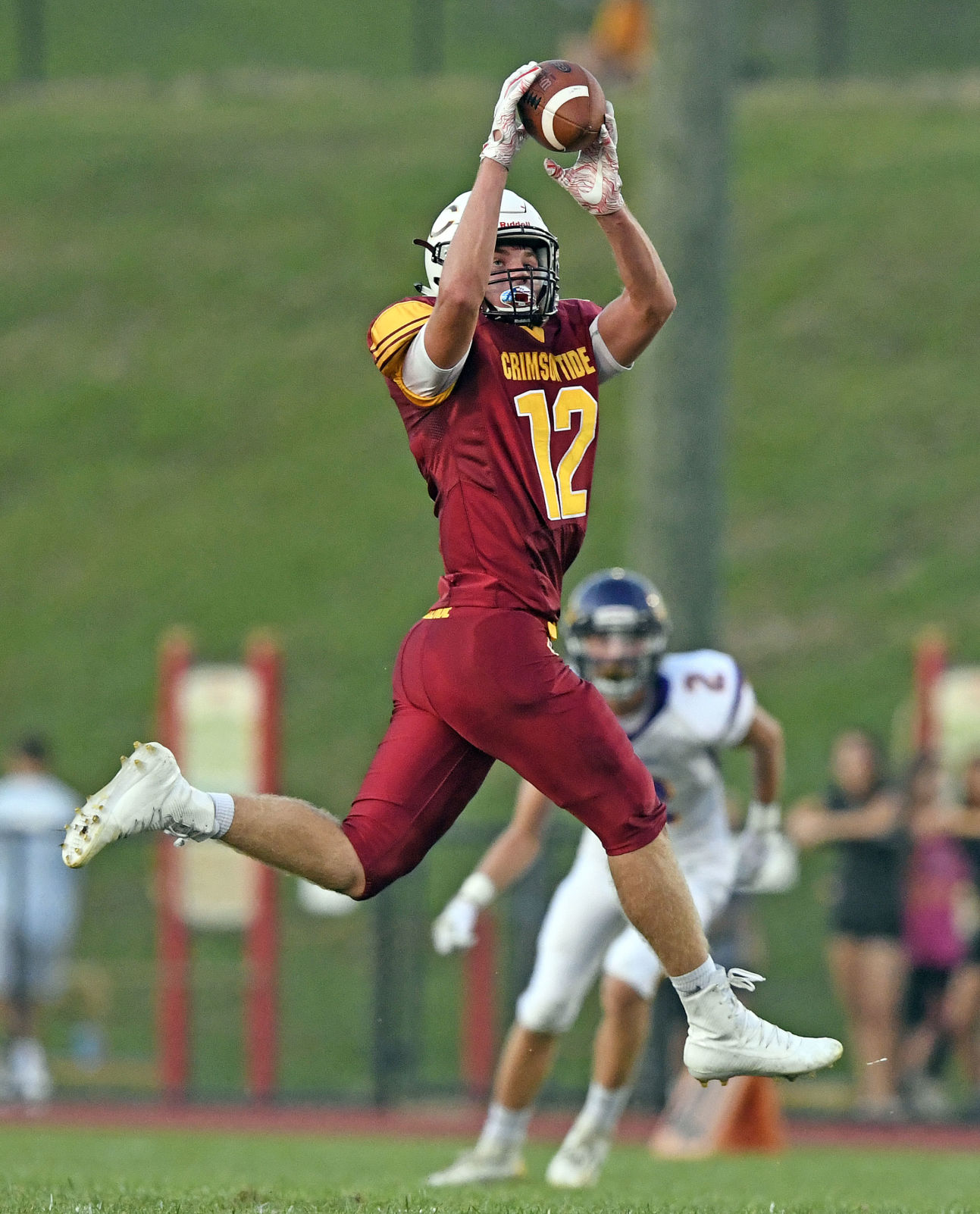 Columbia's Ryan Redding (12) catches a pass over the middle against Lancaster Catholic during first half action of an L-L section 3 football game at Columbia High School Friday August 30, 2019. 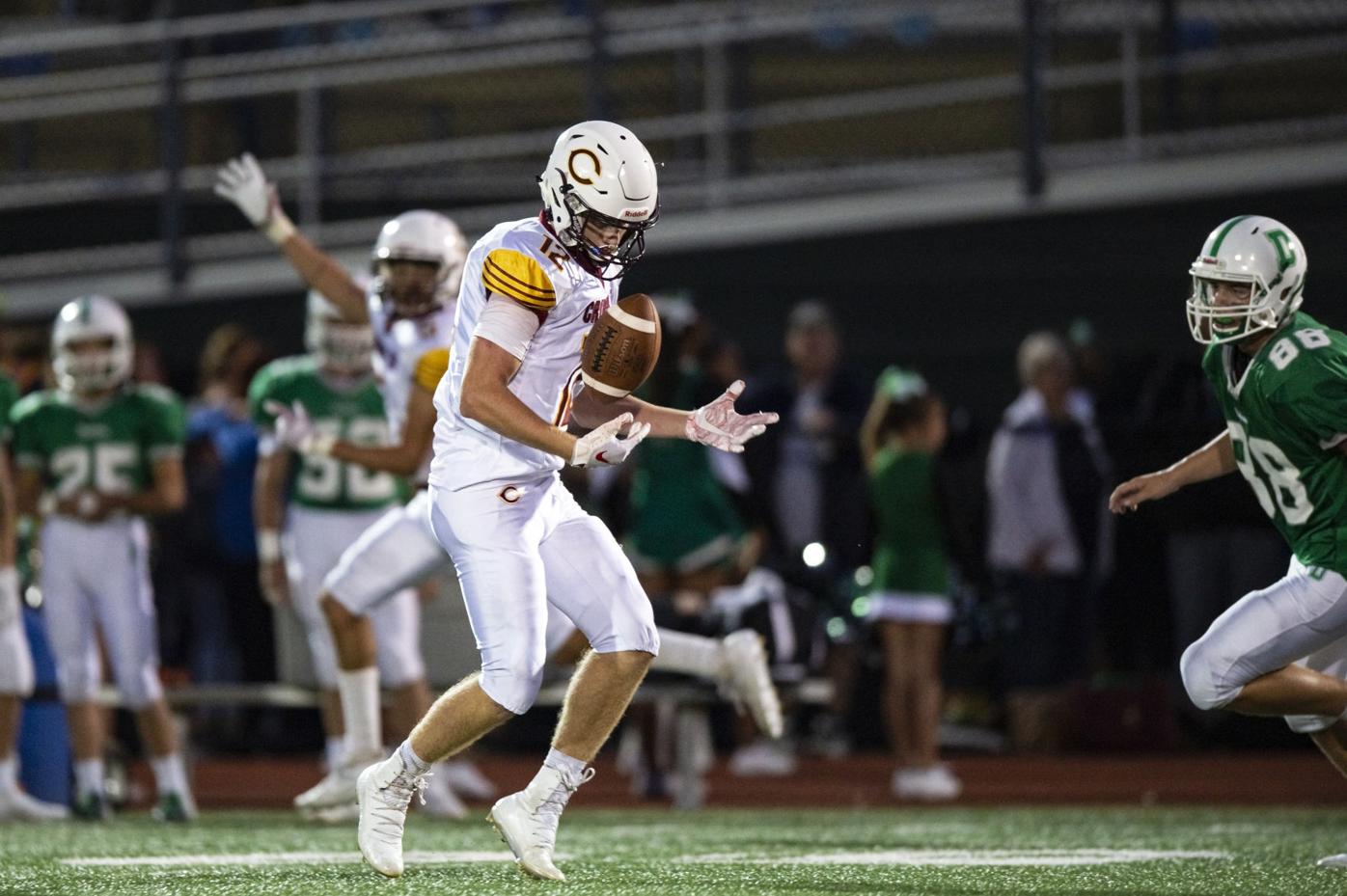 Columbia’s Ryan Redding hauls in a catch against Donegal at Donegal High School on Friday, Sept. 6, 2019.

Columbia’s Ryan Redding eyes up a 3-pointer during the Lancaster-Lebanon League boys basketball quarterfinals, held at Warwick High School in Lititz on Feb. 10, 2020.

Columbia's Ryan Redding (12) catches a pass over the middle against Lancaster Catholic during first half action of an L-L section 3 football game at Columbia High School Friday August 30, 2019.

Columbia’s Ryan Redding hauls in a catch against Donegal at Donegal High School on Friday, Sept. 6, 2019.

Growing up in a family full of former Crimson Tide athletes, he was destined to play multiple sports when he arrived for his freshman year up on the hill.

And did he ever.

“When I was younger, I always looked up to the older kids and the seniors,” Redding said. “Going to the football games was something I always did growing up. Basketball games were always fun to go to and watch. It was important to me growing up. The town always appreciates it when your team is playing well. And it’s nice when the people around town congratulate you. They care.”

Redding has been a three-sport standout for Columbia, in football, basketball and baseball. Athletics are certainly in his genes; dad Brad played quarterback for the Crimson Tide back in his prep days, mom Amy was a 900-point scorer for some awesome Columbia girls basketball teams, and aunt Marjie is the leading scorer in L-L League girls basketball history.

Hence Redding’s passion to play, and succeed, in three sports, and the first two-thirds of his senior year were fantastic.

On the football field as a sure-handed wideout last fall, he had 66 catches for 1,027 yards with 13 touchdown grabs. The receptions were third-most in the league, the yards fourth-most, and the TD snags tied for the league lead, as Redding and QB Matt McCleary clicked on the flanks.

“That was fun, and it was great having that connection with Matt,” Redding said. “He always knew where to throw us the ball. He’s such a good quarterback, so it was a ton of fun.”

Redding was an L-L League Section Three first-team all-star, and he earned an Eastern Pennsylvania Football Class 2A first-team all-star nod for his efforts on the gridiron last fall. He only played football in his junior and senior seasons for the Tide, but he was a league all-star both years.

The good times continued over into basketball season, where Redding helped Columbia hang yet another banner in the gym. The Tide went 10-0 in league play to capture the Section Five championship, and Redding chipped in with 4.6 points a game and 17 3-pointers as the Tide won 18 games and advanced to the PIAA playoffs.

But now there’s a void, with school closures and the cancellation of spring sports because of the COVID-19 pandemic.

Redding had a monster season on the baseball diamond last spring, batting .509 with 12 stolen bases, 18 RBIs, three homers and 18 runs, with an on-base percentage of .571 while slugging a robust .830. He was a Section Four all-star and he earned All-League honors while playing second base and pitching for Columbia.

Redding was ticketed to play shortstop, his natural position, this spring, in what would have been his fourth year as a full-time starter for the Tide. Alas, there will be no season.

“I’m always busy running around, going from football to basketball to baseball,” Redding said. “So it feels like something is missing for sure. I’ve played baseball my whole life, so it stinks not being able to play in my last season.”

The good news is that Redding will continue his baseball career at Elizabethtown College in the fall. He also considered McDaniel and Juniata for baseball, and he had a football scholarship offer from Lock Haven, and several more football feelers, including Lebanon Valley College and multiple PSAC schools.

But in the end, Redding chose baseball for the Blue Jays.

“Baseball has always been my main sport,” he said. “It did take me a couple of weeks to decide. I was back and forth, and I was changing my mind one day to the next. But I love baseball.”

This was supposed to be a big week for Jonah Rebert.

Every team in every sport across the board was hoping to have a spring season, before the PIAA put the kibosh on all athletics for the remaind…

After graduating from Lancaster Mennonite School in 1998, Dan Kurtz was living in his native South Korea and working as a schoolteacher by 200…

Baseball is in Colton Book’s blood.

No games, but Lampeter-Strasburg baseball players received plenty of motivation this spring

Jeff Swarr knows a thing or two about motivational speaking.

If you’re a kid growing up playing baseball, can you imagine anything better than stepping out into the backyard and playing catch with a form…