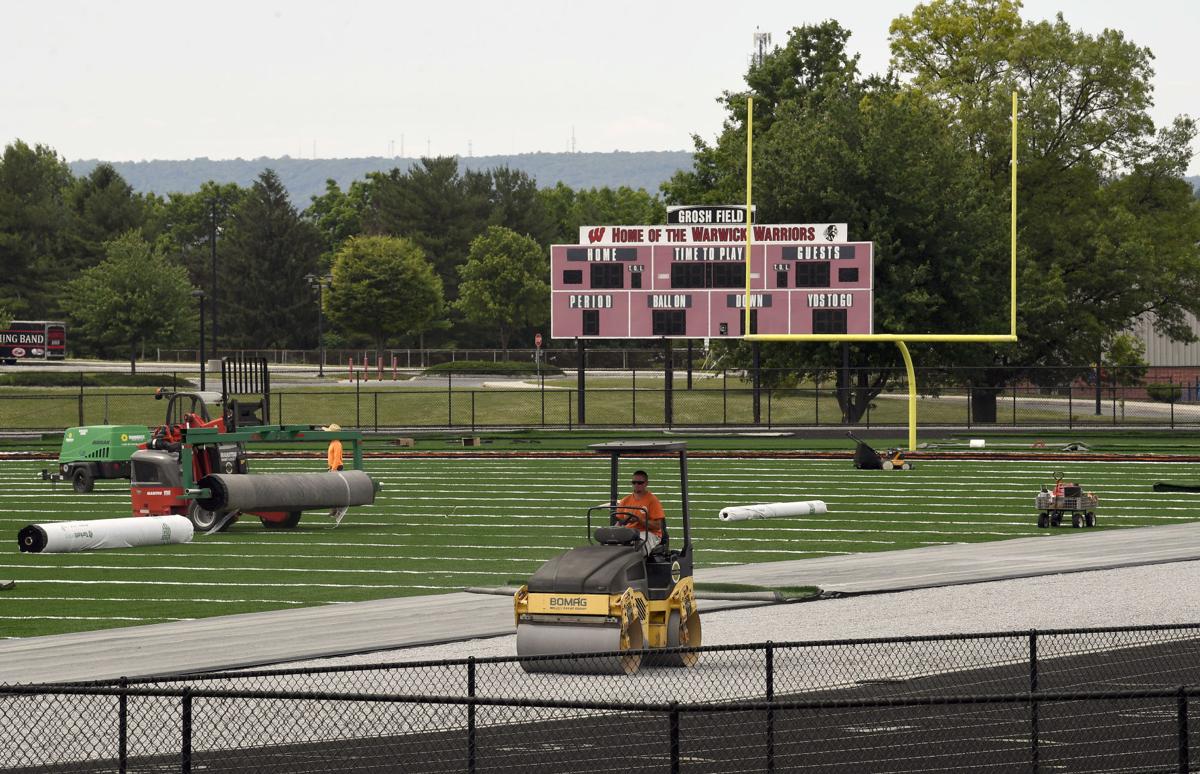 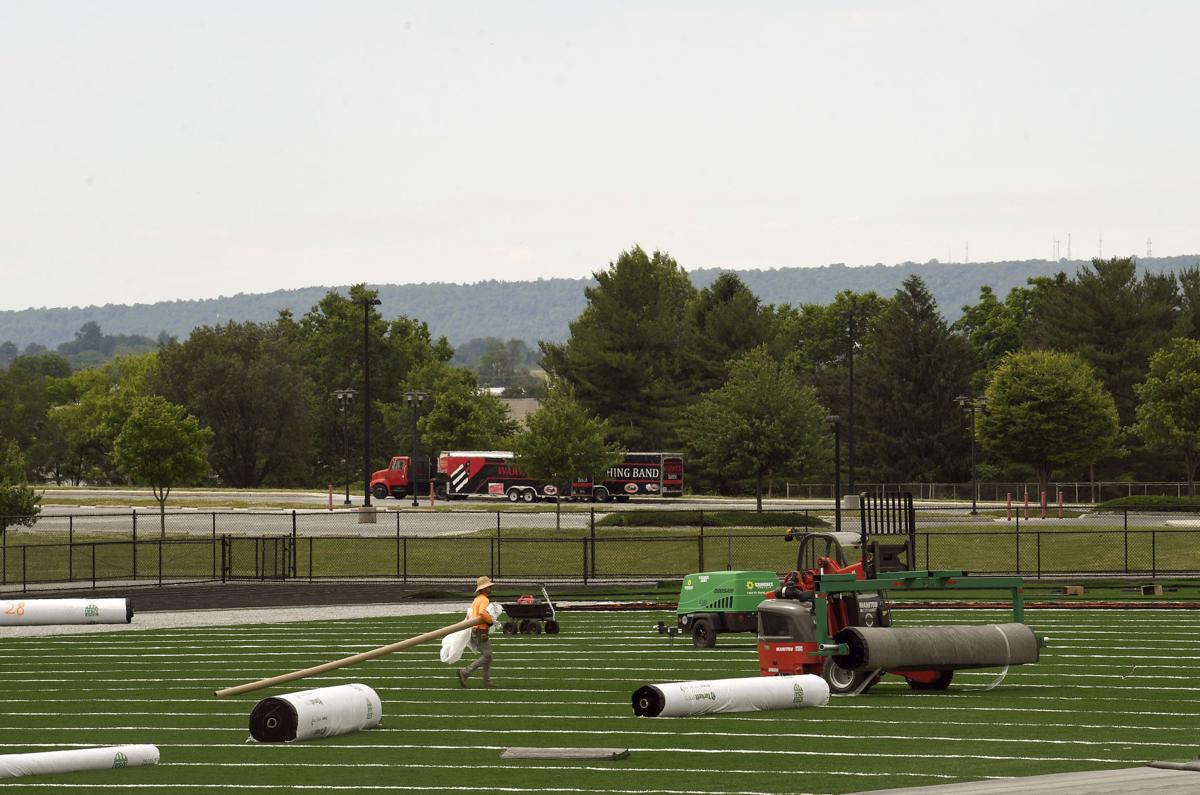 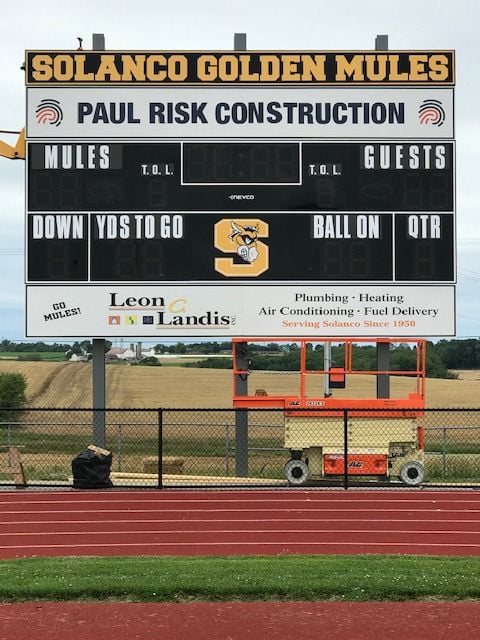 A new scoreboard was installed recently at Solanco's stadium.

A new scoreboard was installed recently at Solanco's stadium.

With the tennis courts at Garden Spot High School having nearly reached the end of their life expectancy, the Eastern Lancaster County School Board last year approved a design for new courts. But where to put those new courts was a question mark.

“Because we are landlocked at the Garden Spot Secondary campus, and the tennis courts needed addressed, either to be rebuilt in their current location or moved,” Garden Spot athletic director Marc Schaffer said.

The architectural firm Derck & Edson had since presented several options. Among them, moving the courts to Blue Ball Elementary School, where the district had recently acquired land adjacent to the school.

At its May 18 meeting, the Elanco board approved a contract with Bowmansville-based Sport Court of Pennsylvania to construct six tennis courts on the campus of Blue Ball Elementary School for $643,625.

That project is expected to be completed by the end of October, at which point the old courts at the high school will be converted into additional parking.

It’s one of a few projects taking place for athletic facilities across the Eastern Lancaster County School District this summer. Others include the flooring and lockers being replaced at the high school, and new bleachers replacing the wood bleachers in the school’s old gymnasium. Those updates are part of a $3.13 million contract that was approved by the Elanco board at its March 16 meeting. Lighting in the high school gym and wrestling room will also be updated, according to Schaffer.

Here are other projects taking place this summer to athletic facilities across the Lancaster-Lebanon League.

Ephrata: Permanent dugouts will be constructed at the softball field, according to athletic director Steve Sweigart. It’s unclear how much the project will cost.

Lancaster Mennonite: Lancaster Mennonite athletic director Marvin Sanders said the floors in the school’s main gym will be resurfaced and the turf field will be reconditioned. Said Sanders, “Once the COVID-19 issue subsides and we start to bring our school back up to its full health, we will be discussing options for reconstructing our turf field. This project is one of our main focuses for athletics.”

Manheim Central: The stadium turf was replaced over the winter, according to athletic director George Derbyshire. The previous turf has been there since 2006. It’s unclear how much the project cost.

Pequea Valley: At its November meeting, the Pequea Valley School Board unanimously approved the creation of a cross country team for district students in grades seven through 12. With that program starting this fall, a summer project is underway to design a home cross country course.

Solanco: Solanco recently had its stadium scoreboard replaced. The cost came in at around $40,000, according to athletic director Anthony Hall. However, the project comes at no cost to taxpayers, as it was instead covered by a pair of 10-year sponsorships for Paul Risk Association and Leon C. Landis Inc.

Thank you to our community supports. Paul Risk construction and Leon Landis Inc. The new scoreboard looks awesome! Hopeful we are able to use it this fall. @SolancoSchlDist @SolancoSupt pic.twitter.com/gESTtkgvv5

Warwick: The high school’s main turf field is being resurfaced, as it has reached the end of its original life, according to Warwick athletic director Ryan Landis. The resurfacing project was approved by the Warwick School Board in November at a cost of $425,000. The resurfacing comes with a 10-year warranty.

The grass field in Garden Spot High School’s main athletic stadium has presented several challenges for its various sports teams over the years.