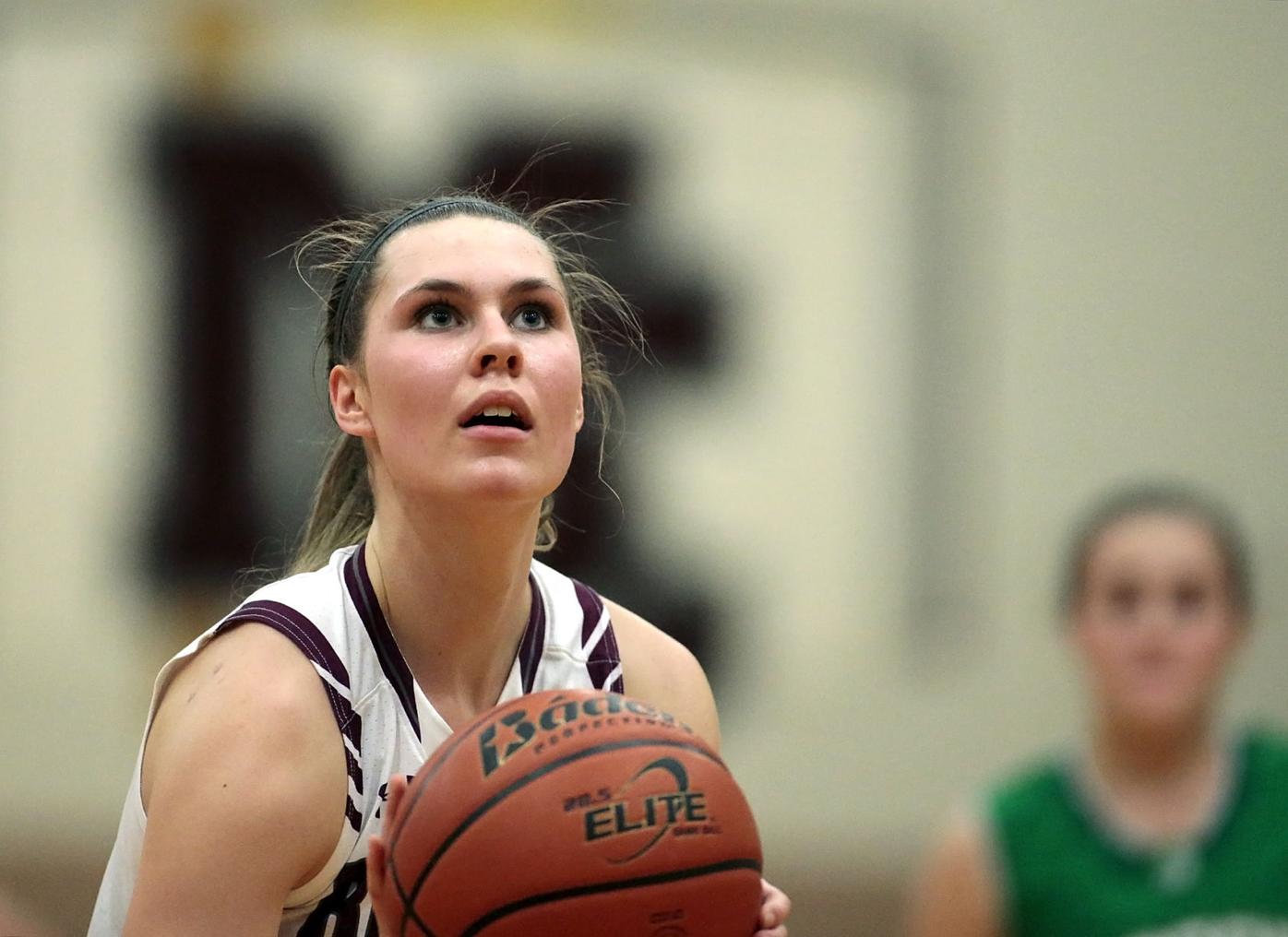 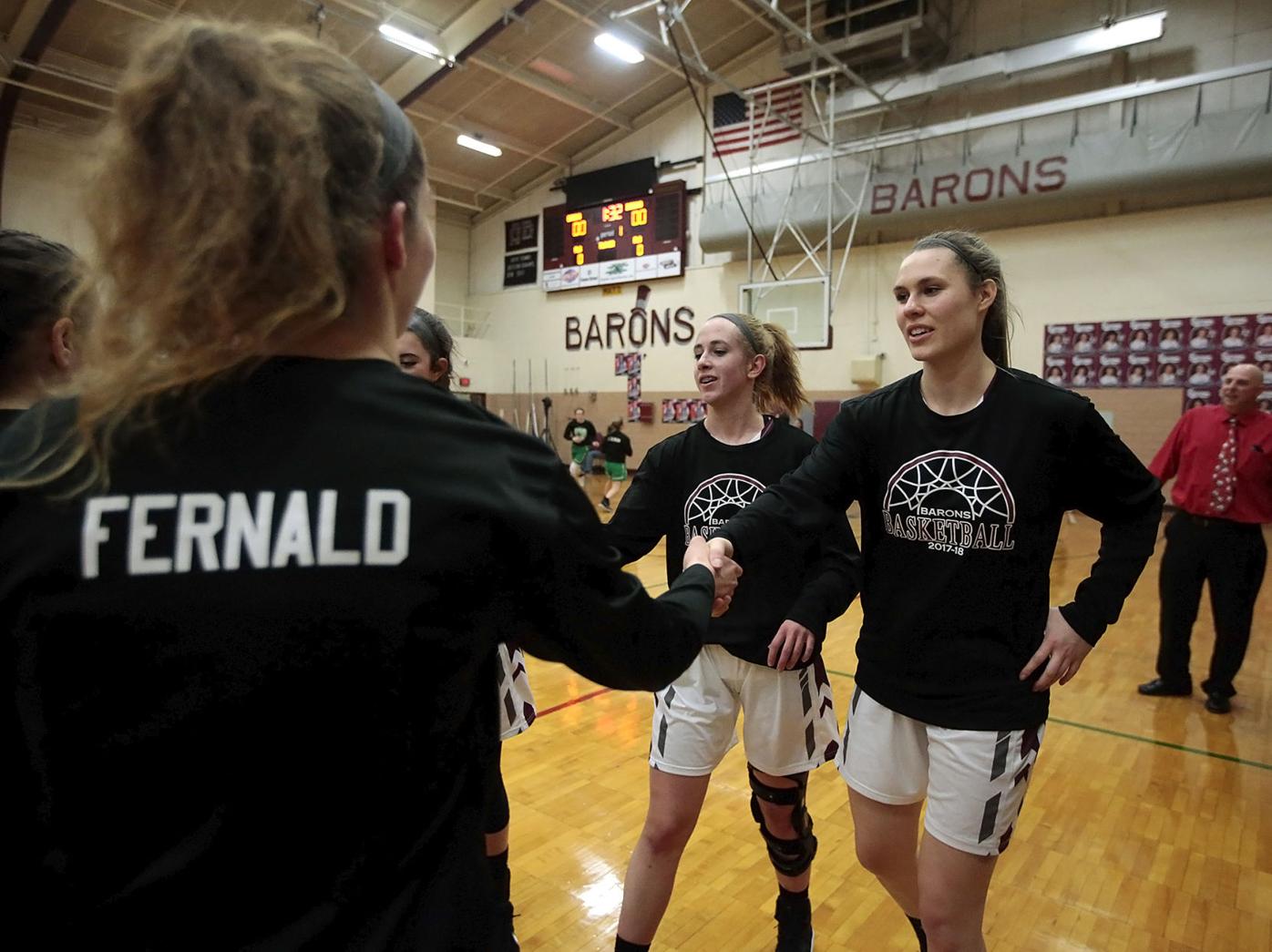 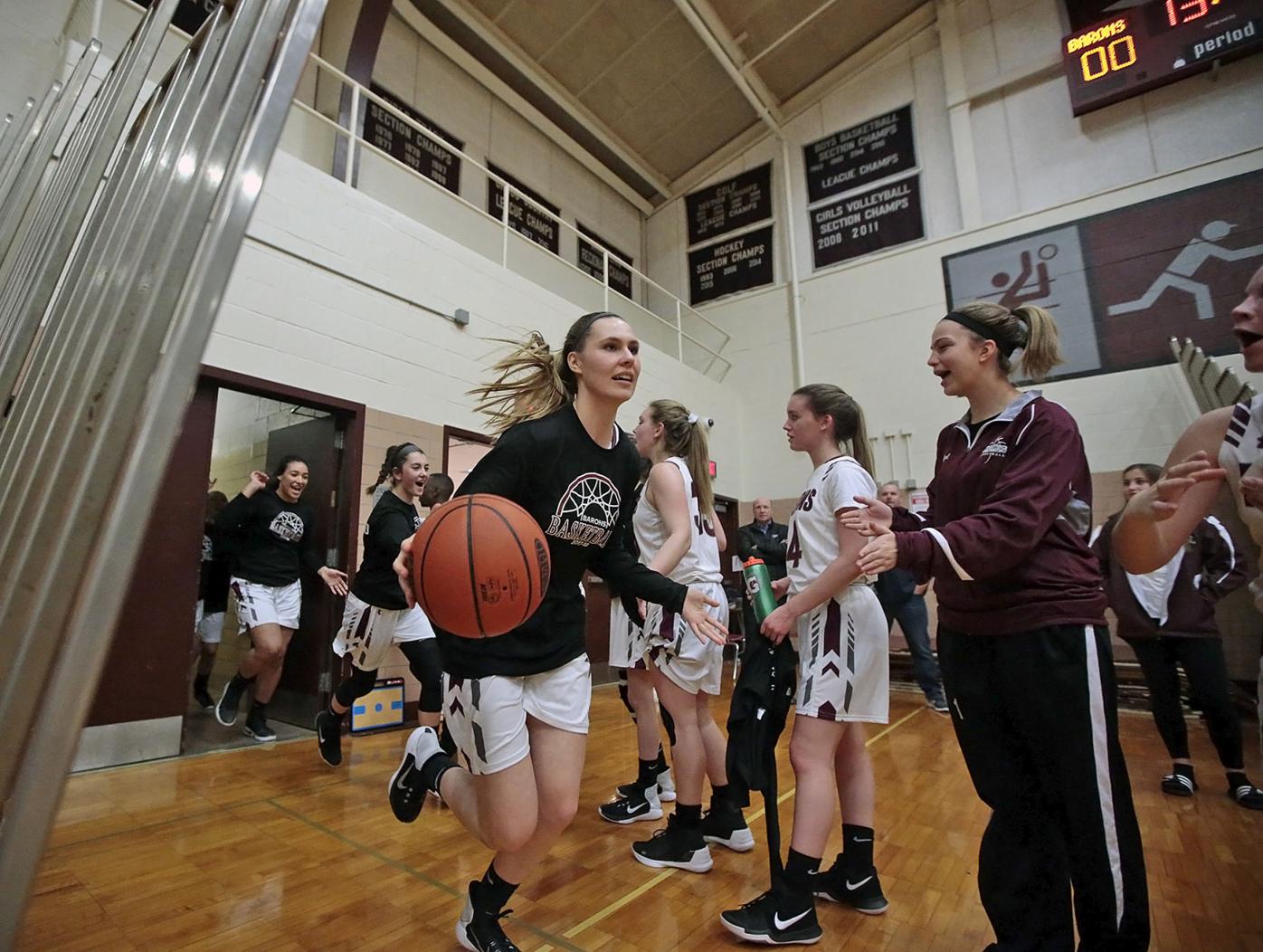 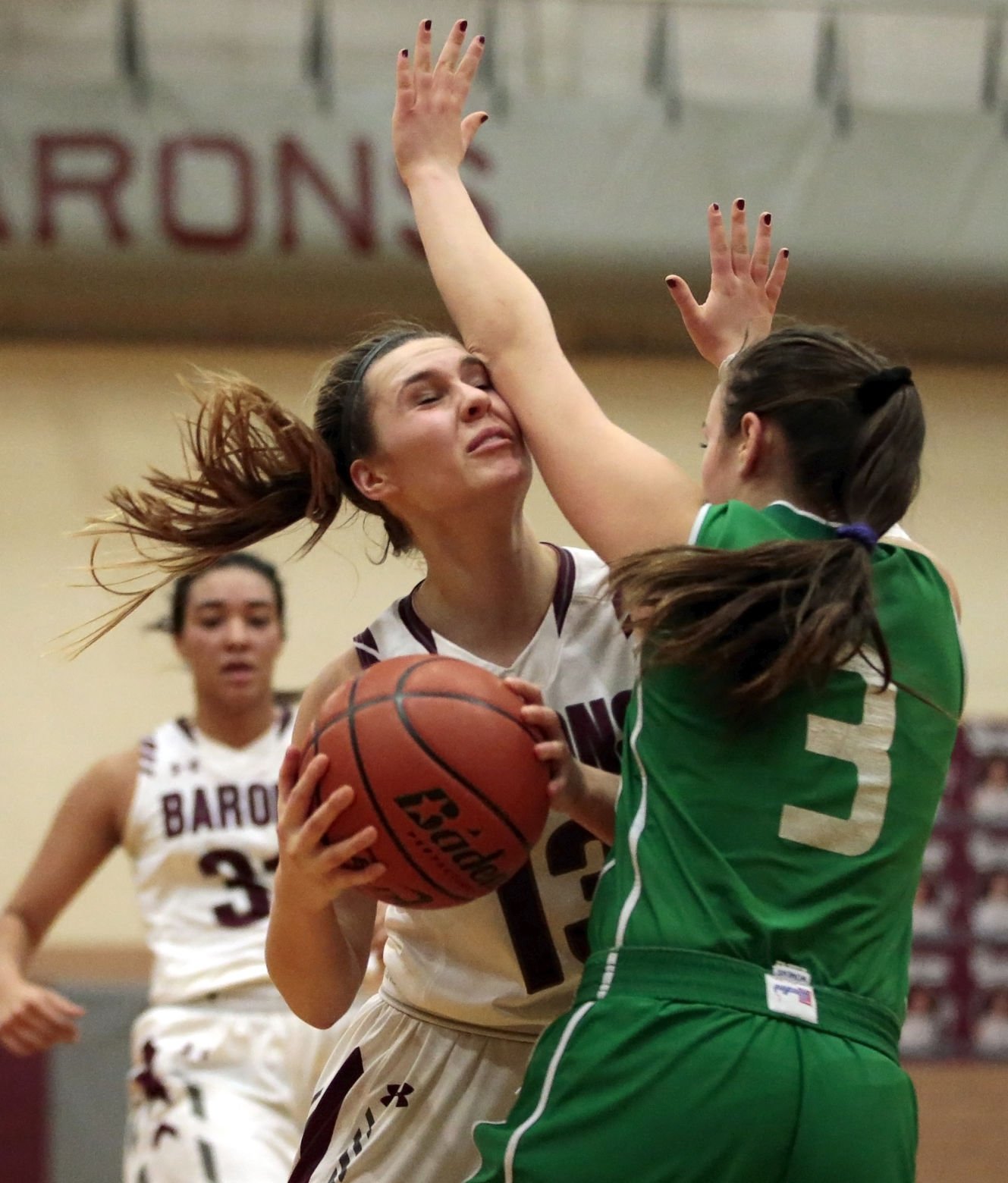 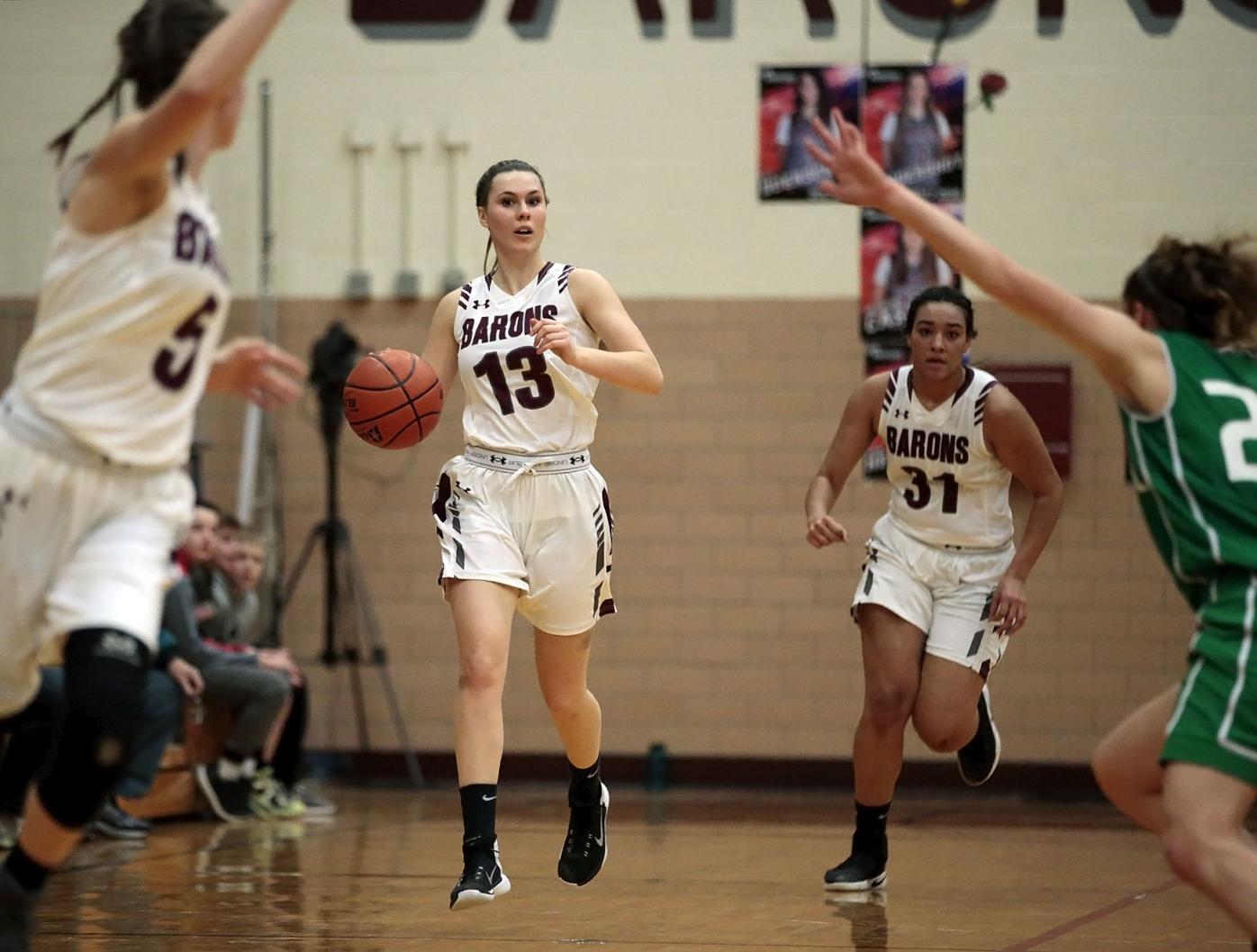 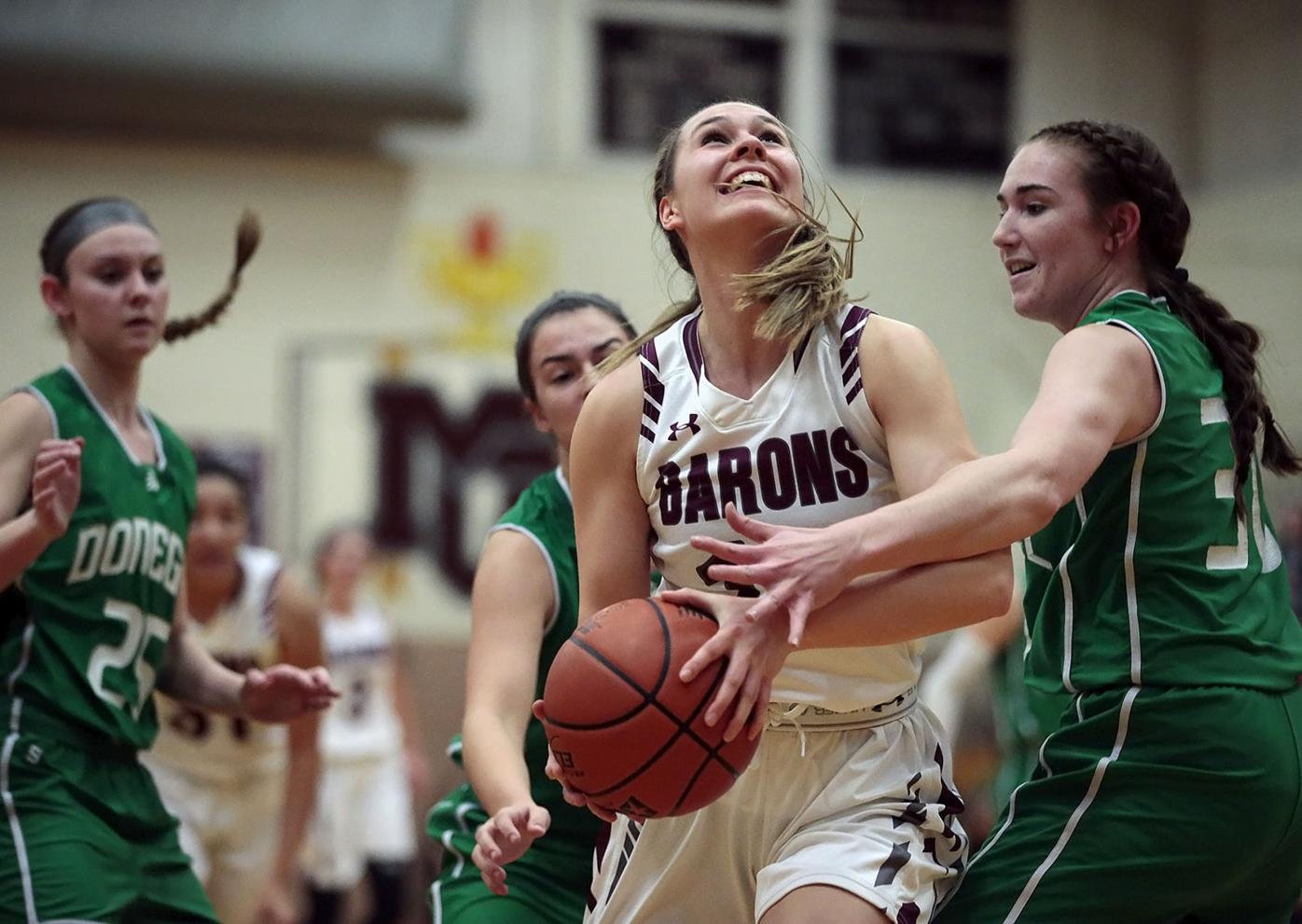 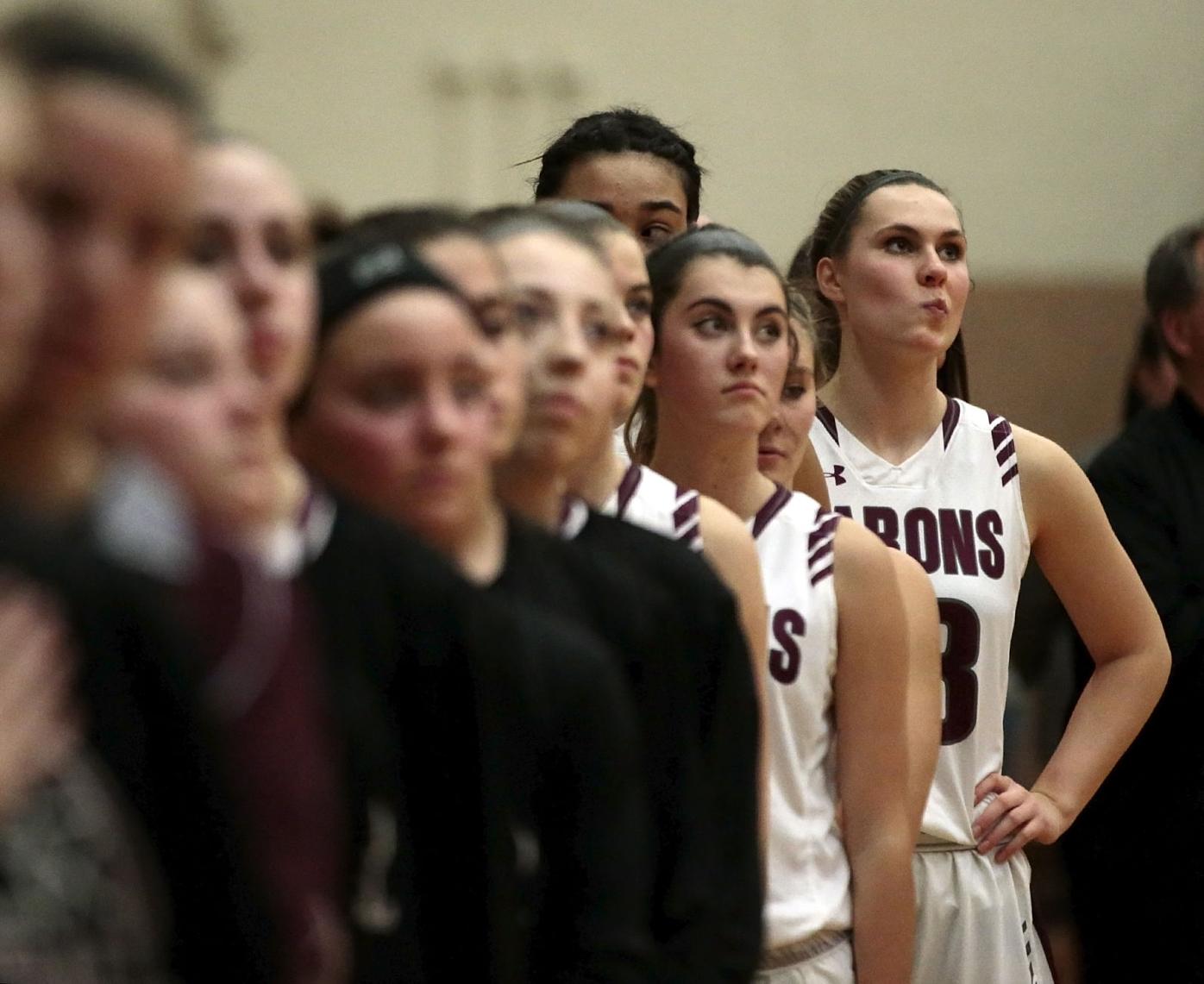 Unselfish (adj.) — Willing to put the needs or wishes of others before one’s own.

But she’ll need a strong finish, and likely a playoff appearance, to reach that milestone.

She could easily average 20 or more points per game.

But she hasn’t come close to that number since earning a spot in the Barons’ starting lineup as a freshman.

She could easily squeeze off 15 or 20 shots a game, from anywhere on the floor.

Could she squeeze off more shots and set scoring milestones? Yes. Which makes her all-around game even more refreshing.

“Basketball is undoubtedly not an individual sport,” Breinich said. “My philosophy is, if i can help my teammates score, who is going to stop us? If I can share the ball and if everyone else is scoring, that’s the most beneficial thing for the team. Honestly, I’d rather win the game than score a bunch of points.”

Breinich does have a bunch of those. She hit the holiday break with 680 career points. She had 181 as a ninth-grader and 198 more in her sophomore season, when she really started to make a name for herself in L-L League circles. Last winter, Breinich was off to a sizzling start for the Barons, averaging 13.9 points with a dozen 3-pointers before a shoulder injury put her on the shelf for Central’s final five games.

“It was definitely a crusher getting hurt,” Breinich said, “but it helped because I was able to step back and look at the team and see what I could help out with. I was able to see the whole court, and it’s a different perspective. My mindset was that if I couldn’t be out there playing, I still needed to be there for the team. Definitely.”

Again, unselfish, even battling an injury and unable to play.

“It was devastating when she got hurt last season,” Central coach Amanda Burns said. “But she was on the bench with us, and at practice she was able to be a leader without being on the court. And she’s come back this season stronger than ever.”

And more multi-functional than ever.

Breinich is back playing at 100 percent for the Barons this season, averaging a tick over 10 points per game. But it’s the little things she does on and off the court that impresses the most.

“She shares the ball. I have to tell her to shoot it more,” Burns said, chuckling. “We use her in a lot of different ways. She’ll bring the ball up. We’ll use her in pick-and-roll situations. She can play on the wing. She can play in the post. She can curl off different things for jumpers. She can shoot the fadeaway. She’s learned a lot as far as reading a defense and helping other kids get involved with good looks. She’s so versatile. She does it all.”

On offense, Burns usually has Breinich camp out at the top of the circle, helping point guard Lily Doerschuk direct traffic and getting the ball where it needs to go. Skip pass. Swing pass. Entry pass. And from that locale, Breinich can also catch and shoot, or use a shake-and-bake move to drive the lane for either a layup or a dish to a cutting teammate for an easier shot.

On defense, it’s not uncommon for Breinich to mark the opposition’s top-scoring forward, and she’s a terrific shot-blocker, rebounder and outlet passer. She’ll pick your pocket, too. Last Monday against Donegal, Breinich pilfered five steals and she added 13 points, grabbed 10 rebounds and blocked a pair of shots.

That’s not an uncommon stat line for her, so yeah, she’s got game.

“She can play all around, all the positions,” Central sophomore guard Laura Good said. “And she can really work those passes. She shows leadership to the whole team and she encourages us if we’re down. It’s important for us to have someone step up and be the leader of the team, and Brooke is always bringing us up.”

“She’s a great leader,” Burns said. “She helps the younger players, and she really sets the tone at practice. It’s really nice to have her leadership — to have someone helping out the younger girls coming through. She’s preparing them for varsity basketball.”

“Really, really good people at Messiah,” said Breinich, who received some recruiting buzz from Division I programs Richmond and Liberty earlier in her prep career. “I’m so excited to be able to go and play for Messiah.”

“It’s pretty cool to play with a senior who will be going off to play basketball college, and seeing the different skills she has to work with,” Good said. “Brooke takes the game very seriously, and she’s very committed.”

And very, very unselfish, which is a terrific attribute for a player who can do a little bit of everything — and do all of those things very, very well.

The L-L League basketball season is off and running, with a couple of head-to-head section g…

With the regular season winding down, and with the playoff push very much underway, here’s a look at the key games on this week’s Lancaster-Le…

A couple of girls’ basketball items, coming off Saturday’s L-L League quarterfinal-round games, and looking ahead to Tuesday’s semifinals …