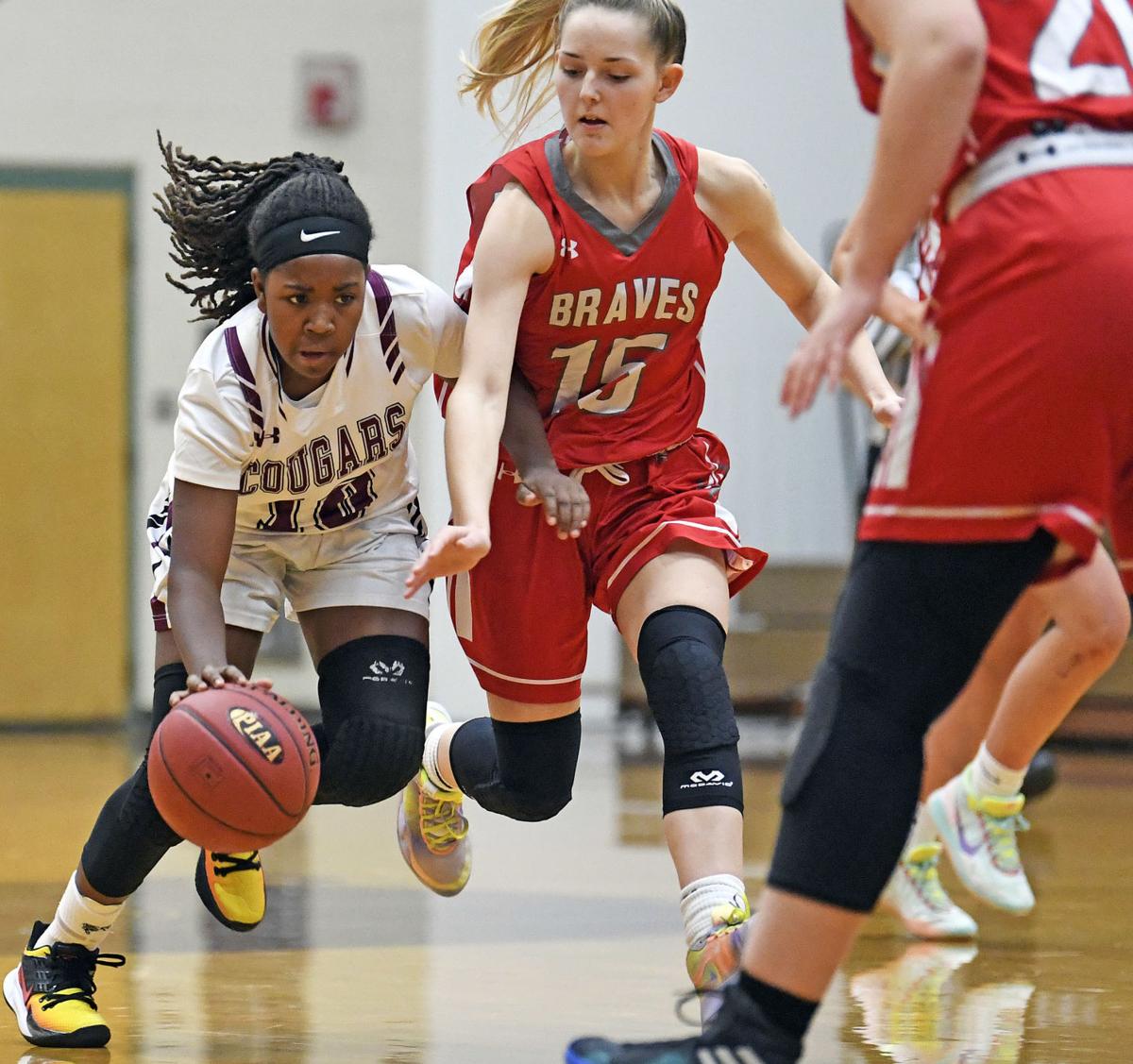 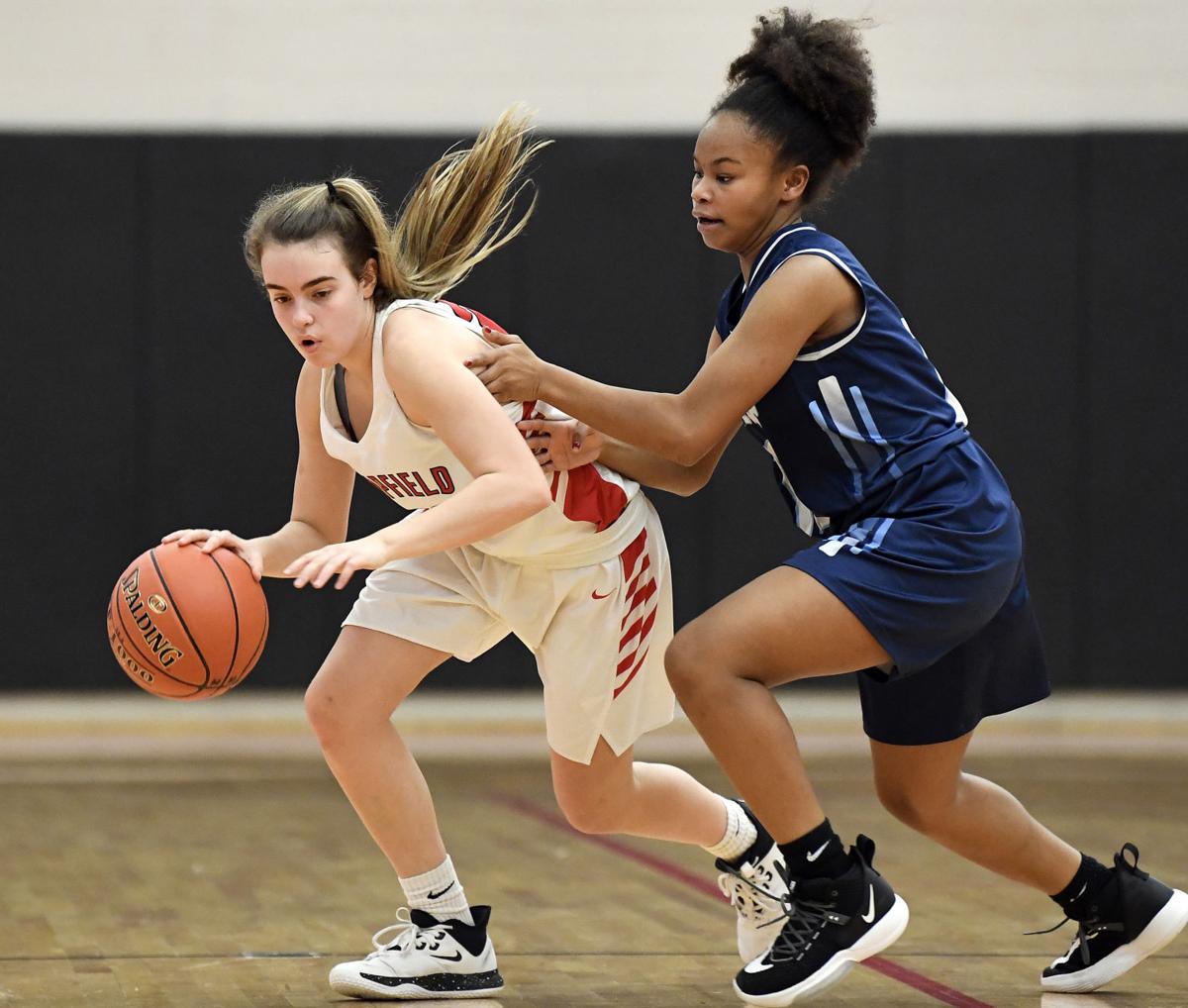 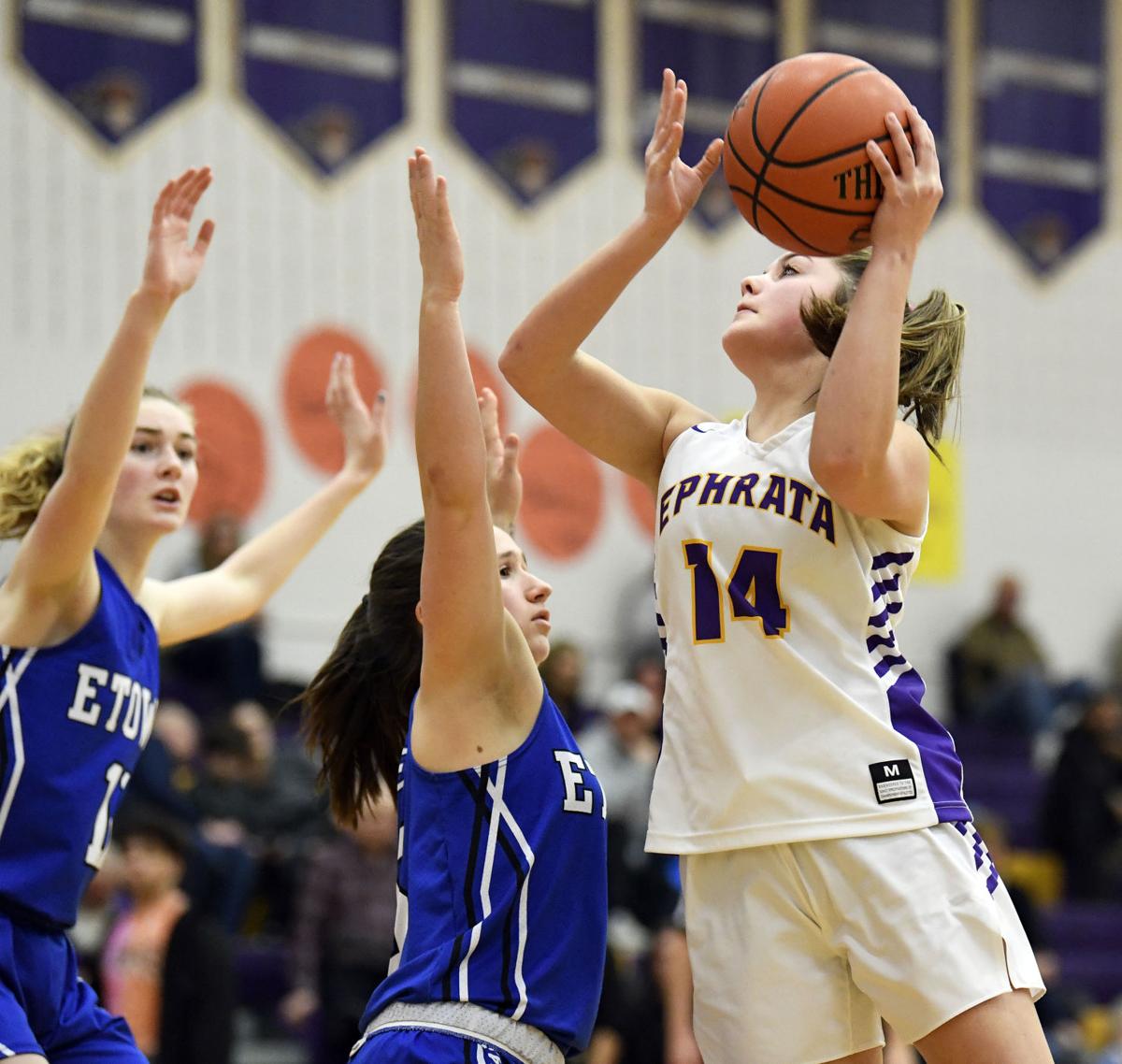 Ephrata's Jasmine Griffin (14) drives to the basket against Elizabethtown during second half action of an L-L section 2 girls basketball game at Ephrata Middle School Friday Jan.17, 2020. 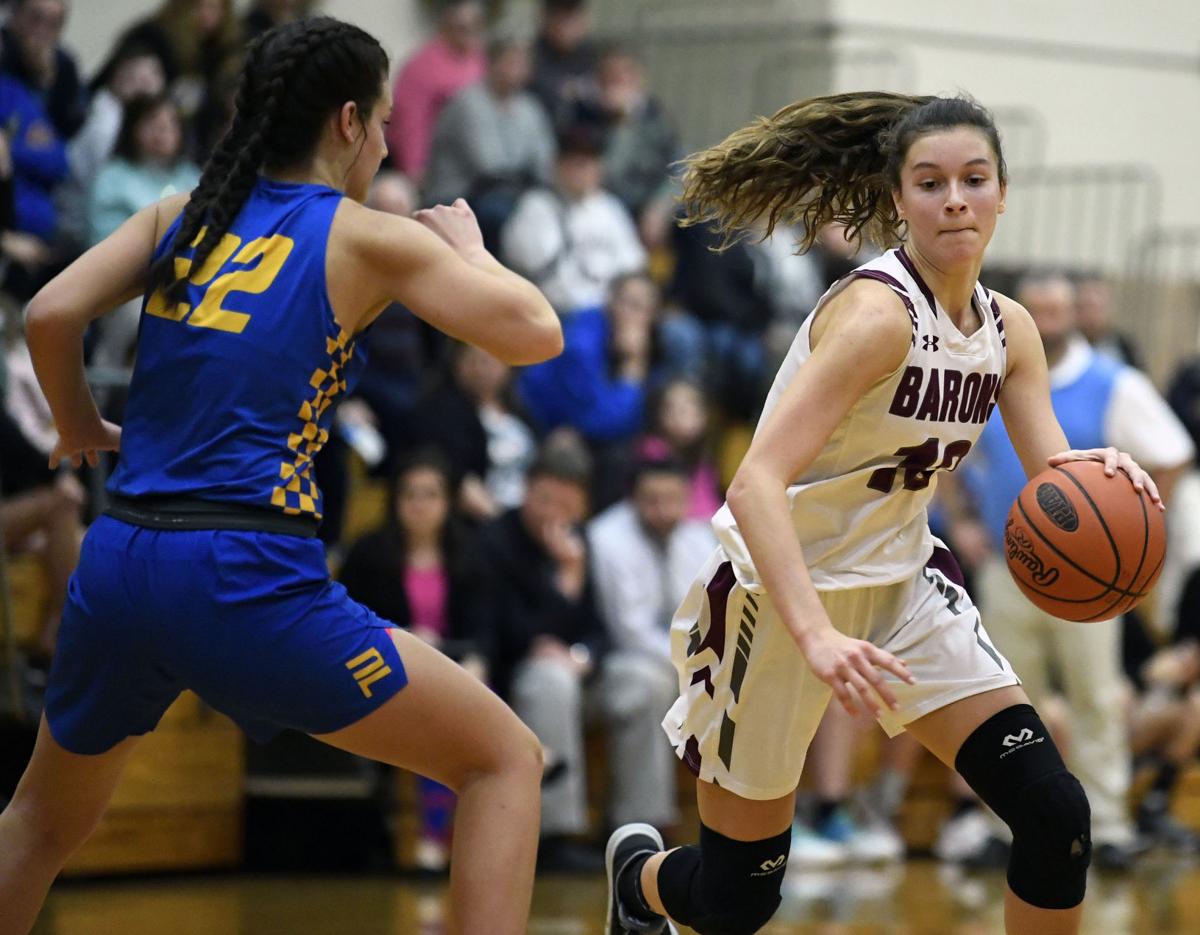 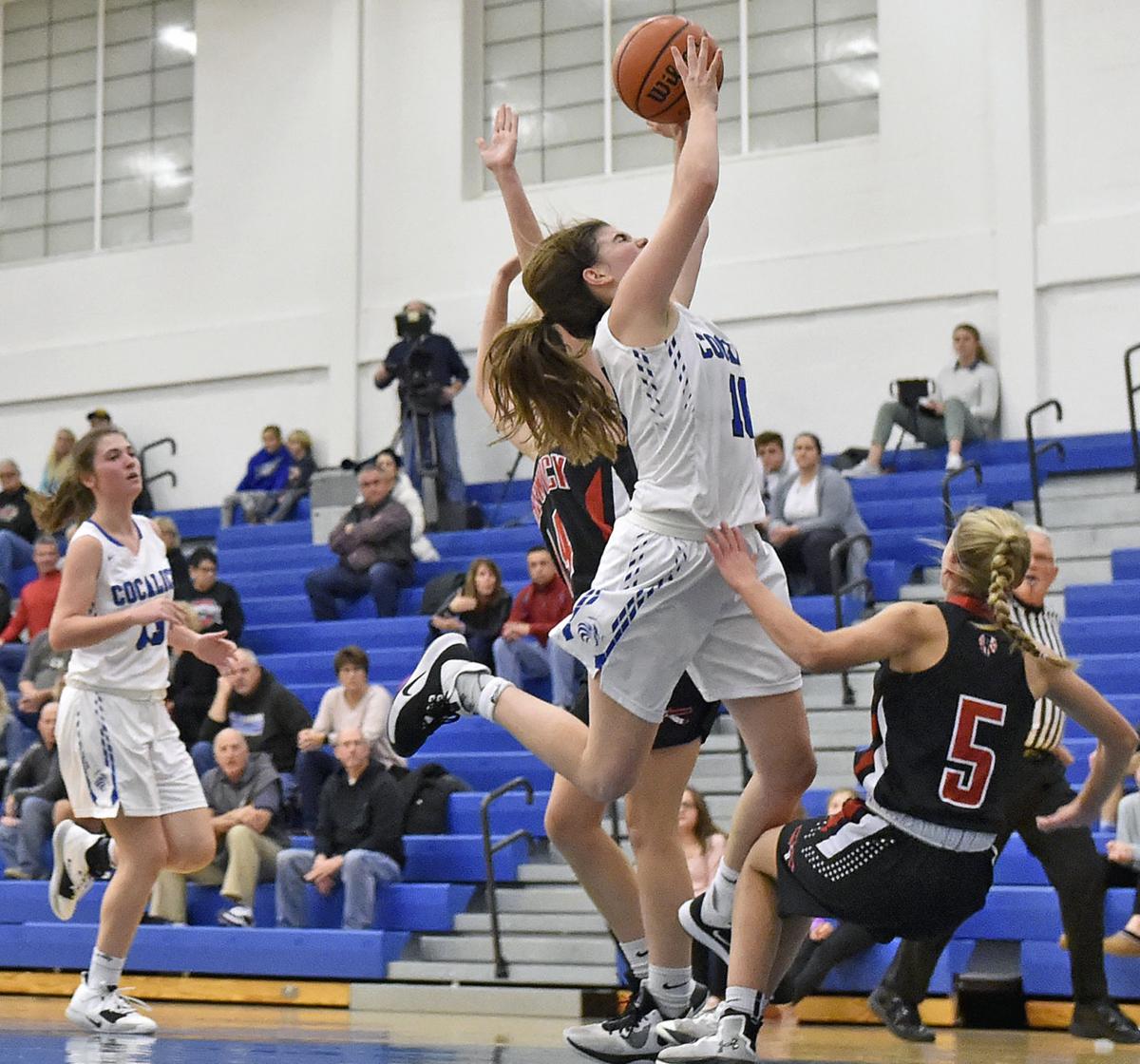 Cocalico's Kiersten Shipton (10) is fouled on her way to the basket by Warwick's Jessica Williamson (5) during first half action of game 2 of the Cocalico Tip-off Tournament at Cocalico High School in Denver Friday December 6, 2019. 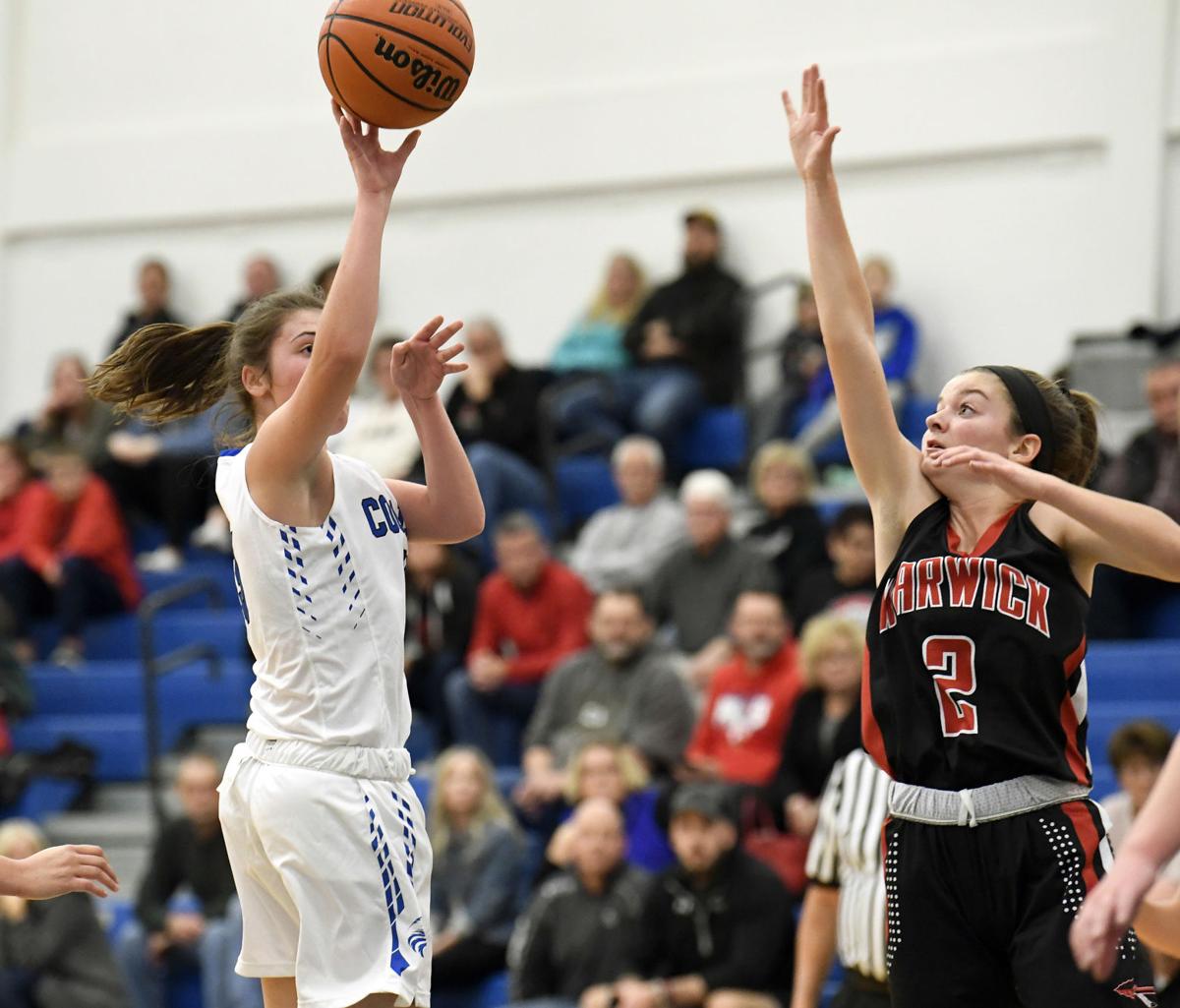 Cocalico's Erin Henry (13) puts up a shot against Warwick during first half action of game 2 of the Cocalico Tip-off Tournament at Cocalico High School in Denver Friday December 6, 2019. 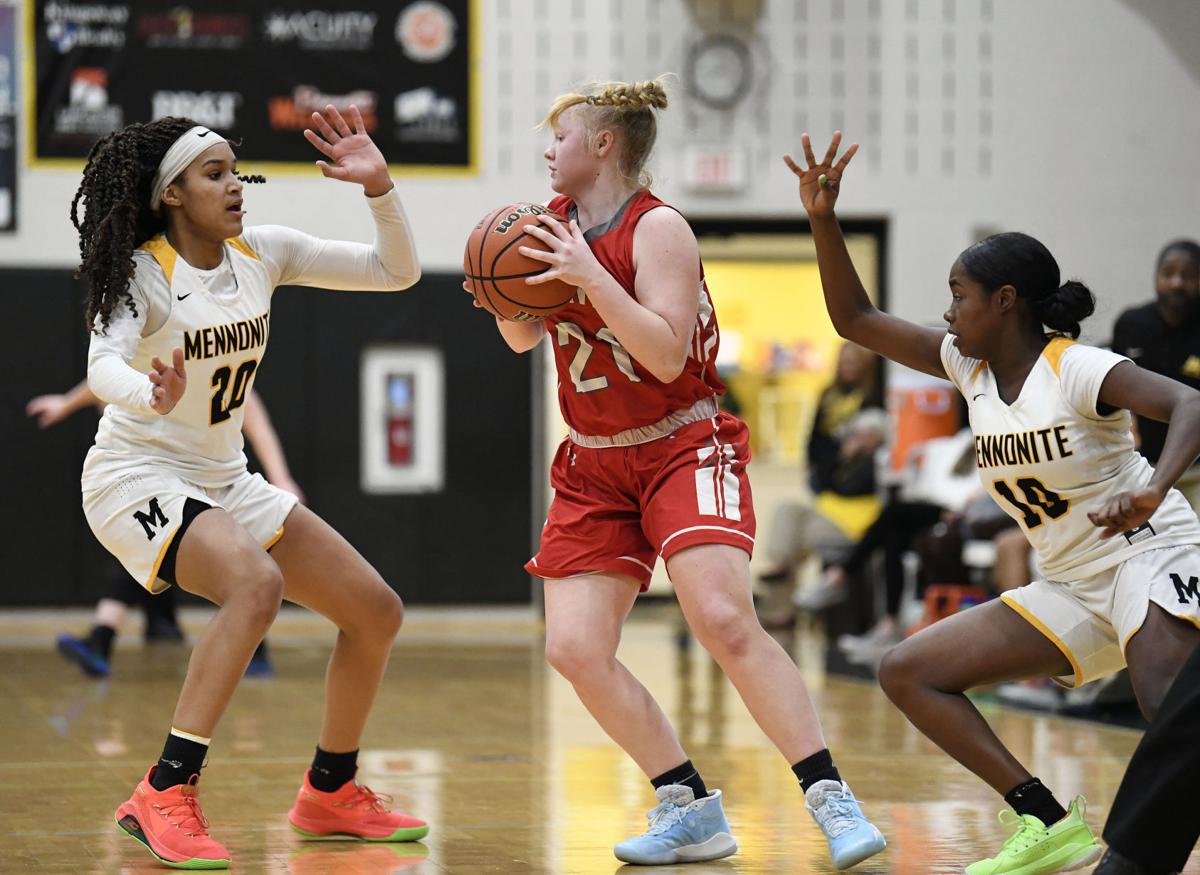 Ephrata's Jasmine Griffin (14) drives to the basket against Elizabethtown during second half action of an L-L section 2 girls basketball game at Ephrata Middle School Friday Jan.17, 2020.

Cocalico's Kiersten Shipton (10) is fouled on her way to the basket by Warwick's Jessica Williamson (5) during first half action of game 2 of the Cocalico Tip-off Tournament at Cocalico High School in Denver Friday December 6, 2019.

Cocalico's Erin Henry (13) puts up a shot against Warwick during first half action of game 2 of the Cocalico Tip-off Tournament at Cocalico High School in Denver Friday December 6, 2019.

There was a time — not all that long ago — when you had to be one heck of a special ninth-grader just to make the varsity basketball roster coming out of tryouts.

These days, teams are counting on freshmen more than ever — and not just as bench kids to fill out a roster, but as legit, go-to, team-leading starters.

The trend is certainly sweeping the Lancaster-Lebanon League, which has more than a dozen ninth-graders playing key minutes and contributing leadership — and plenty of points — for their respective clubs.

Many of them are full-time starters. Some of them have spot-started. All of them are getting major varsity run so far this season.

Kaya Camasta, Brooke Shutter, Nickole Wise, Cedar Crest — It’s no wonder Falcons’ coach Jim Donmoyer has said a few time this season, hey, if you’re going to get us, you better get us now. Cedar Crest, which has won three of the last four section championships, has one senior on the roster — top gun Reese Glover (13.8 points, 33 3-pointers) is a junior — and Camasta (2.1), Shutter (1.4, 2 3’s) and Wise (3.4, 3 3’s) are all getting mega minutes in the backcourt. Wise has been a spot-starter at the point. Safe to say the Falcons’ backcourt will be in good hands for years to come with this trio on board.

Autumn Cook, Lauren Moffatt, Hempfield — Cook, at the point, and Moffatt, in the post, earned starting gigs early on, and it’ll be hard to unseat that duo from those spots over the next four years. Cook (8.3, 17 3’s) can handle, distribute, defend and shoot it from deep, and Moffatt (6.9) is already carving out her niche in the lane and on the boards, as the first-place Black Knights are angling for their first section championship since 2005.

Anisha Sepulveda, McCaskey — The Red Tornado wiped out last season’s 0-22 slide with three wins to date so far this season, and McCaskey still relies heavily on senior scorers Malia Taylor (10.7, 25 3’s) and Ahni-yah Parker (10.6). But the Tornado won’t be able to keep Sepulveda (1.4, 5 3’s) under the radar much longer; expect her backcourt scoring numbers to go way up in the coming years.

Jasmine Griffin, Ephrata — We heard a lot about the Mountaineers’ ball-handling wizard coming into the season, and Griffin (11.9, 12 3’s) has not disappointed. She immediately stepped into Ephrata’s starting five, and she’ll be impossible to pry from that spot for the next four years. Griffin has done it all: Run the offense in the half-court, get out in transition and run the break, shoot the 3, dribble-drive and get to the rim, defend, direct traffic, get to the foul line. You name it and Griffin — a crafty lefty — has flat-out delivered. End result: Ephrata is two games clear in Section 2, and is closing in fast on its first section championship in four years.

Kiersten Shipton, Erin Henry, Cocalico — Not sure if this is a title you want, but the Eagles might be the best 5-11 team in the district. Cocalico has given everyone fits — ask Ephrata and Lancaster Catholic — and Shipton (7.7, 23 3’s) and Henry (2.3) have fit right in to coach Andrew Garrett’s rotation, Henry off the bench, and Shipton as a wing shooter in the Eagles’ starting five. Shipton, like Griffin, hit the ground running, and she’s firmly establishing herself as a swing-the-ball-to-her reliable scorer.

Maddie Knier, Abbie Reed, Manheim Central — We’re already running out of superlatives for Knier, who came out of the chute sprinting in her Barons’ career. She’s at 17.0 points with 16 treys, and she has beaten teams everywhere: From the wing, running the floor and at the rim. She also defends like crazy, boards and blocks shots. Of all the freshmen — and we’re certainly not ranking anyone here ... but — Knier and Griffin have been jaw-droppingly, ready-for-primetime good. Meanwhile, Reed (2.5, 6 3’s) also earned a spot in Central’s starting lineup, and she’s been a perfect compliment for senior leaders Laura Good (11.3, 2 3’s) and Kassidy Michael (8.5, 8 3’s) in the backcourt for first-year skipper Tyson Hayes.

Katie Ranck, Lampeter-Strasburg — Ranck was a spot-starter early on in coach Tony Fink’s rotation, and she can provide some quick offense with 2.8 points a game. L-S — which is still very much in the Section 3 race, coming off a clutch win over Manheim Central — is looking for that closer-kid moving forward, and Ranck just might fit that bill in the coming years.

Arianna Seiberlich, Solanco — So much for that re-tooling season in Quarryville. Despite a new-look roster and a couple of new starters, coach Chad McDowell has his Golden Mules right back atop the section standings. Seiberlich (2.3, 6 3’s) has been an instant-offense kind of a kid off the bench, delivering key minutes here and there, as Solanco angles for back-to-back section crowns. She’s wiry and athletic, and excels on the wing. Gut hunch is that Seiberlich will be Solanco’s next ‘it’ kid in a year or two. Remember her name.

Genesis Meadows, Lancaster Country Day — Everyone is aware of the Cougars’ trio of senior leaders — 1,000-point scorer Ashanti Duncan (15.2), 900-point scorer Annabelle Copeland (12.9, 10 3’s) and 800-point scorer Kaela Stankiewicz (9.4, 15 3’s) — but Country Day is still undefeated thanks to Meadows, who has stepped into a starting role and helps out Stankiewicz with some ball-handling duties in the backcourt. Meadows (9.9, 17 3’s) can get the basketball where it needs to go, she chips in on the break and in trapping situations on defense, and she can shoot it from the arc. She’s been a perfect compliment to the Cougars’ senior-laden, big-sister bunch, as Country Day goes for the section crown and a D3-1A repeat.

Jayla Rivera, Lancaster Mennonite — Pretty much every Blazers’ conversation starts with Mariah Wilson, who is having an unforgettable junior season with 26.6 points, 31 3-pointers and 100 free throws made already. She’s approaching 1,300 career points, and can flat-out play. Rivera has snuck under the radar to become a reliable wing shooter; she’s at 6.5 points with 17 3’s, and with Wilson garnering so much attention, Rivera and senior shooter Arianna Newlin (7.6, 41 3’s) have been able to get squared up and knock down perimeter shots for the Blazers, who are still duking it out in Section 5, and hope for an extended D3-3A playoff run.

Brooke Liney, Pequea Valley — A scorer and a deft defender, Liney has added a shot of adrenaline to the Braves’ senior-heavy rotation. And when sniper Abbey Leslie went down for eight games with a cranky knee, Liney (5.5, 18 3’s) stepped in and stepped it up. Gritty, determined player.

Through loss, Manheim Township's Ali Quinn has gained perspective on, off basketball court

From Nigeria to Linden Hall to Division I basketball scholarships: Adaramoye, Mbeledeogu excelling in Lancaster County

The stretch drive has arrived.