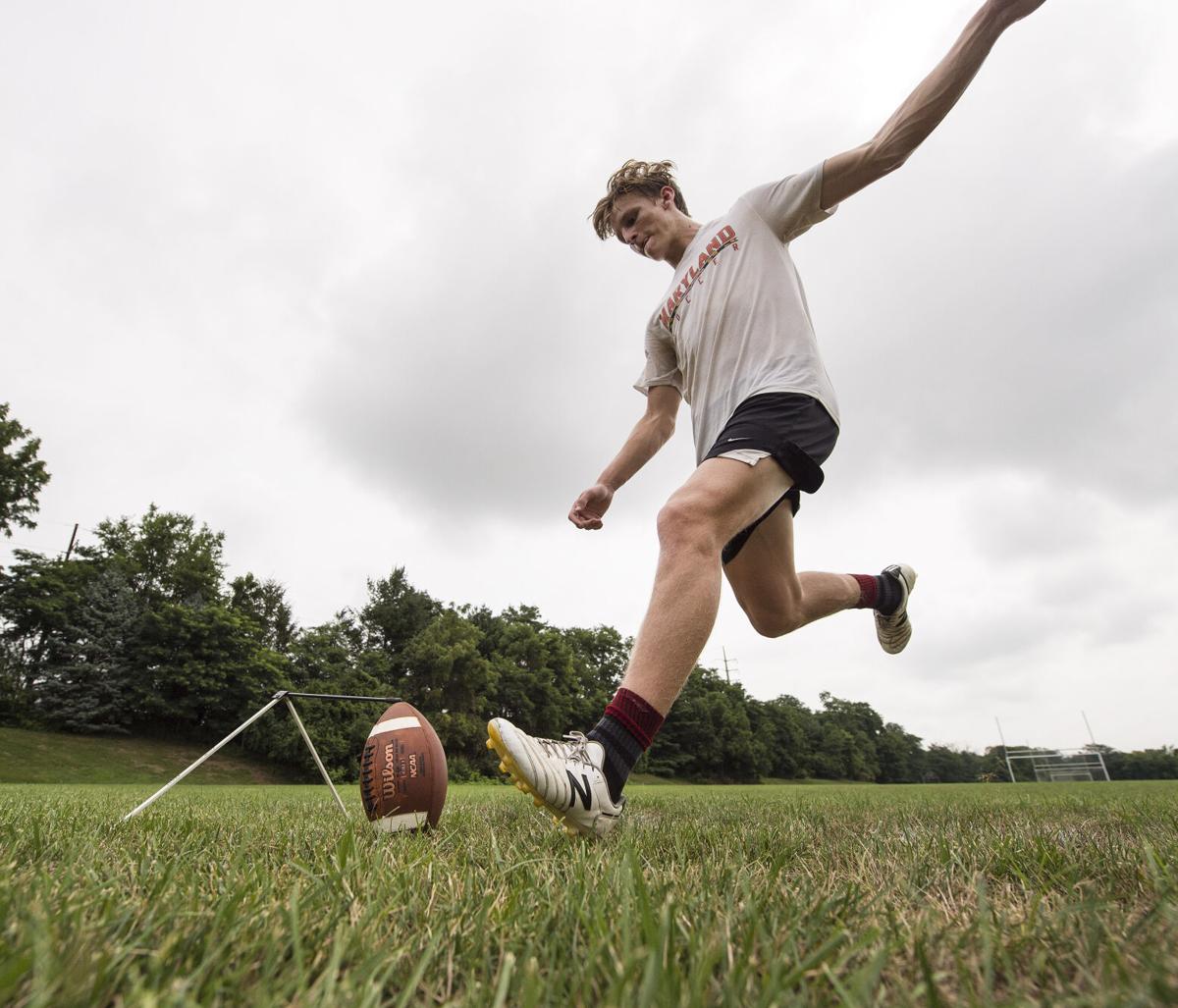 McCaskey kicker Sam Hershey gets some reps in during practice at McCaskey East High School on Friday July 24, 2020. 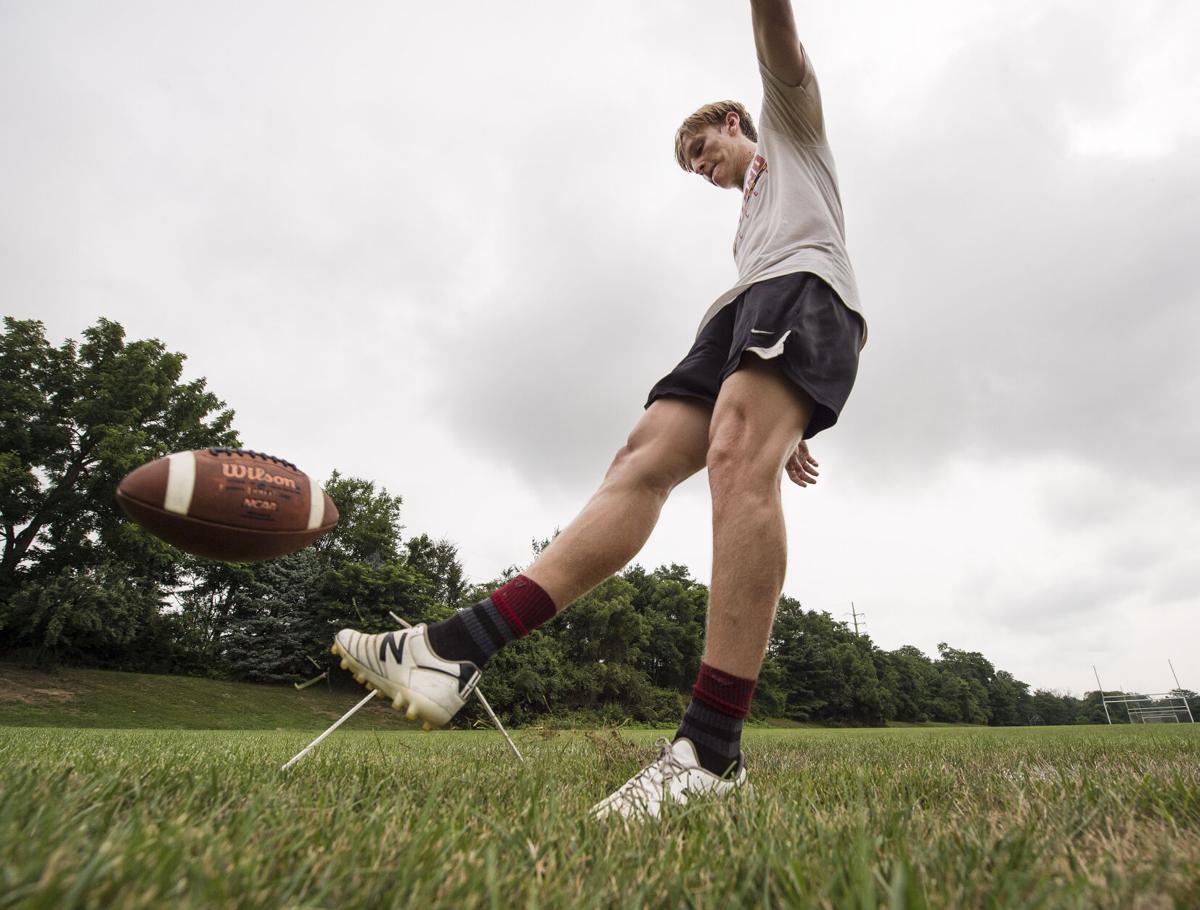 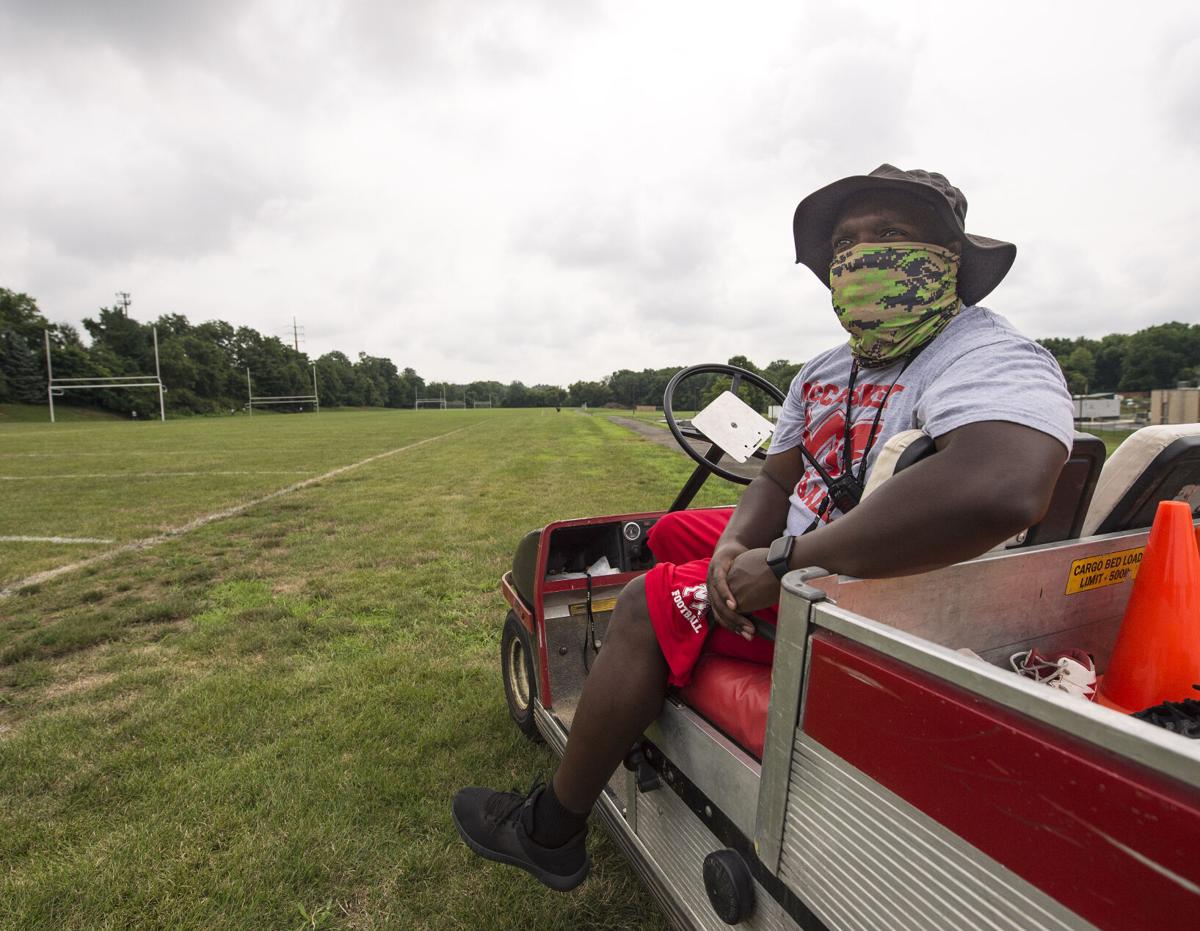 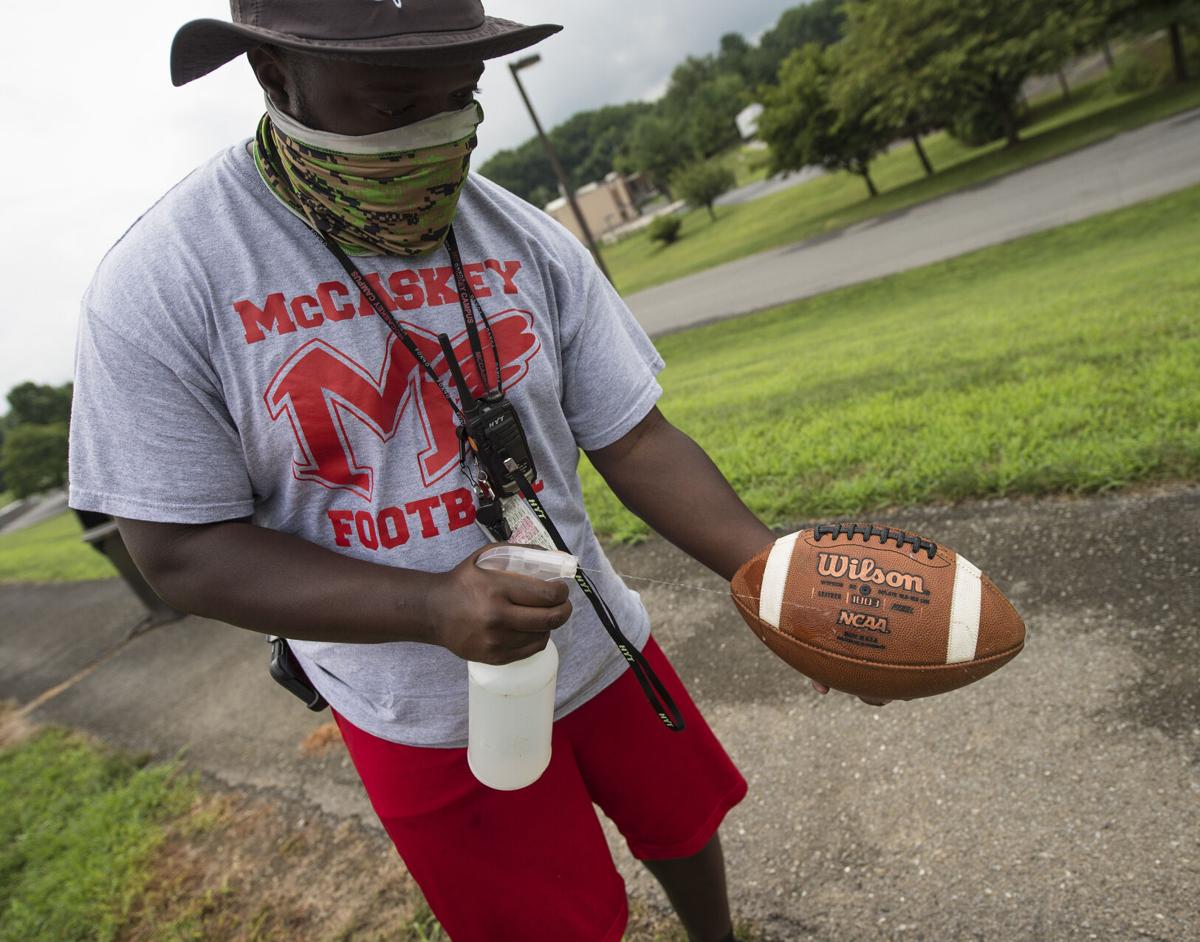 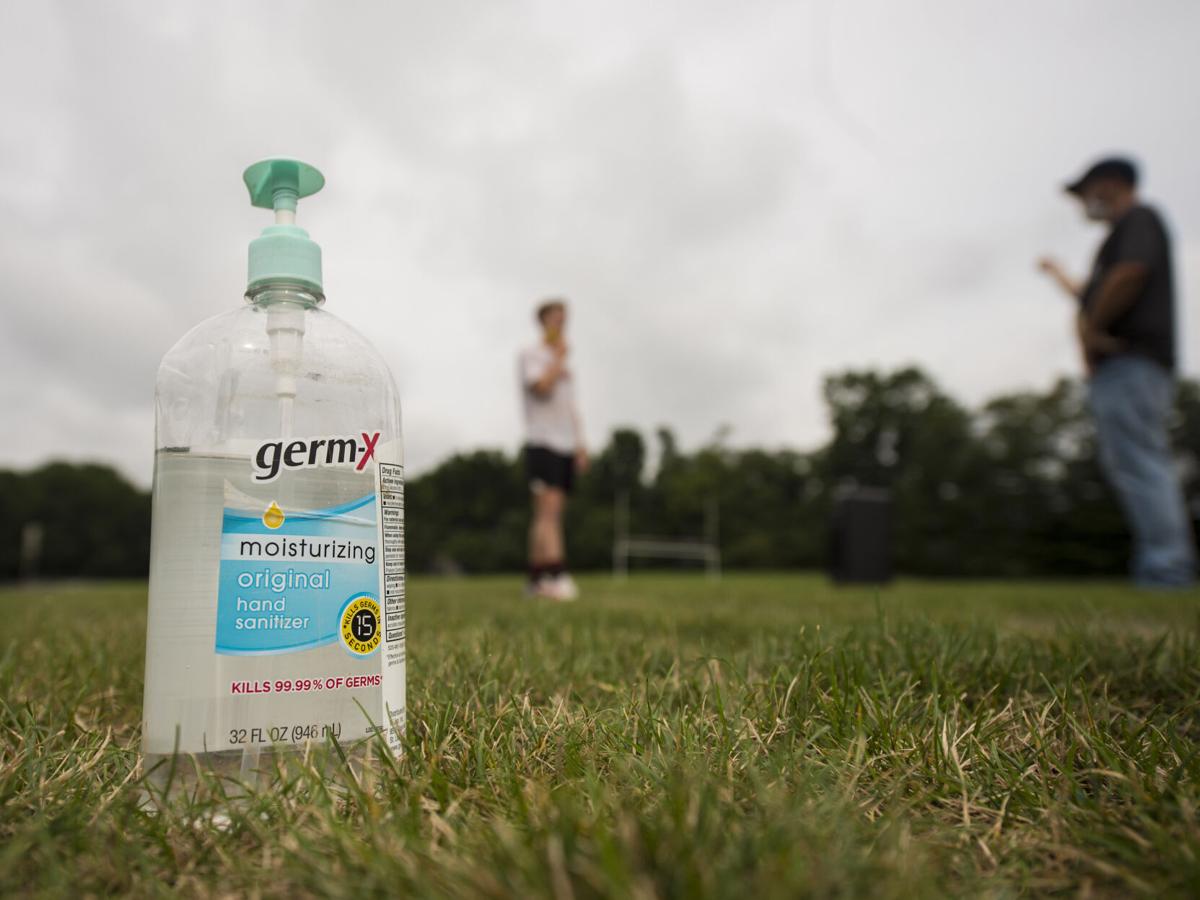 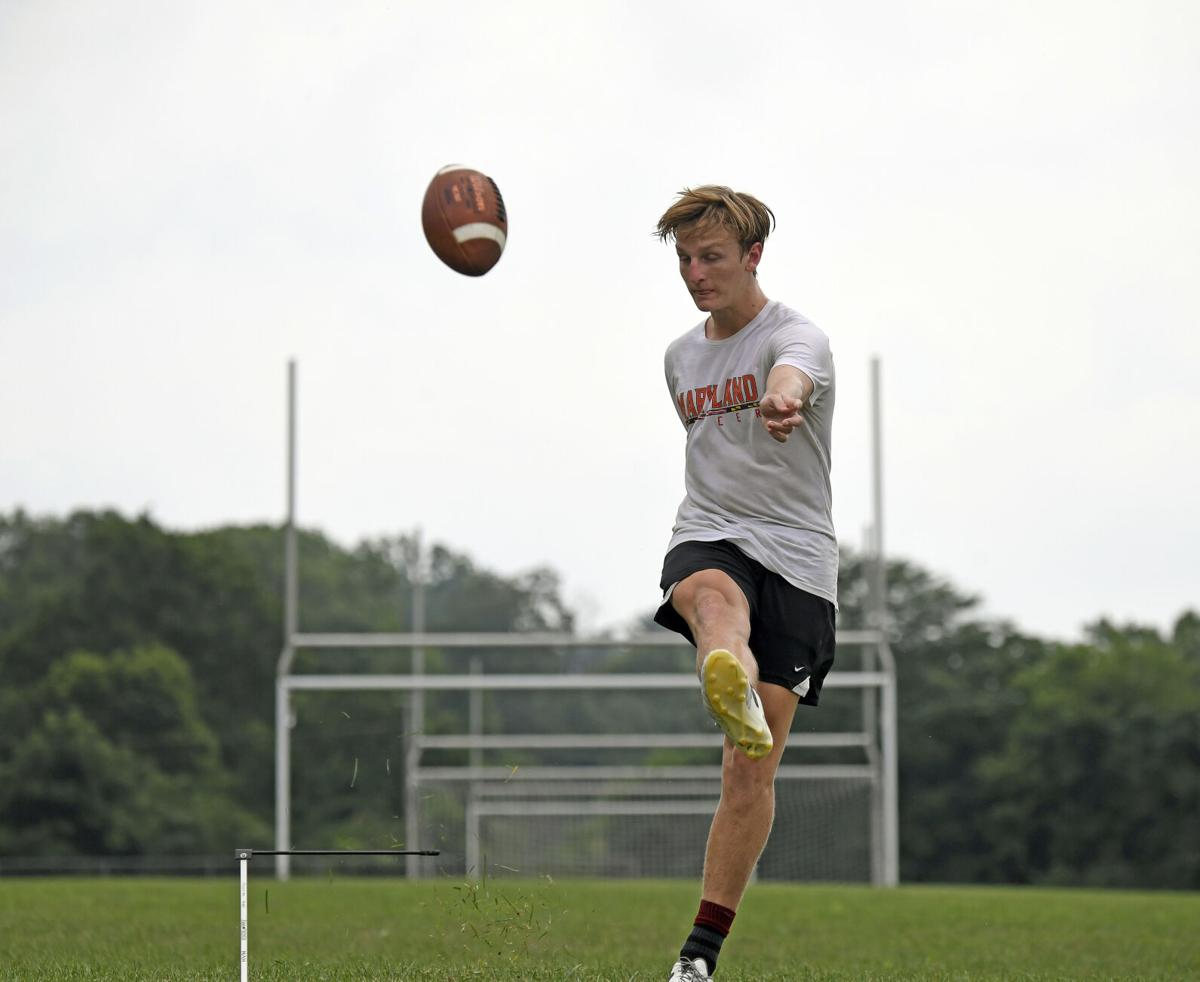 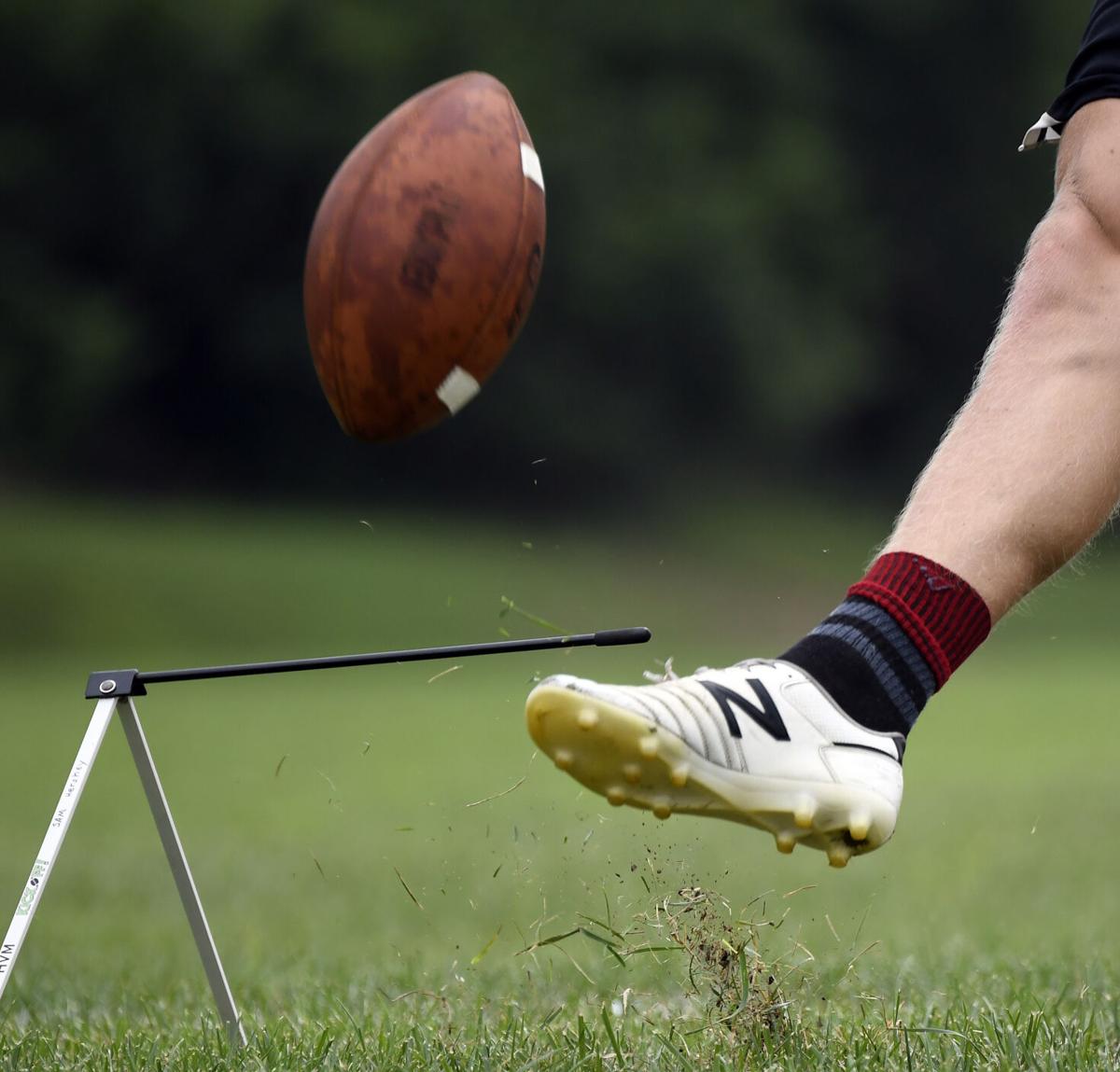 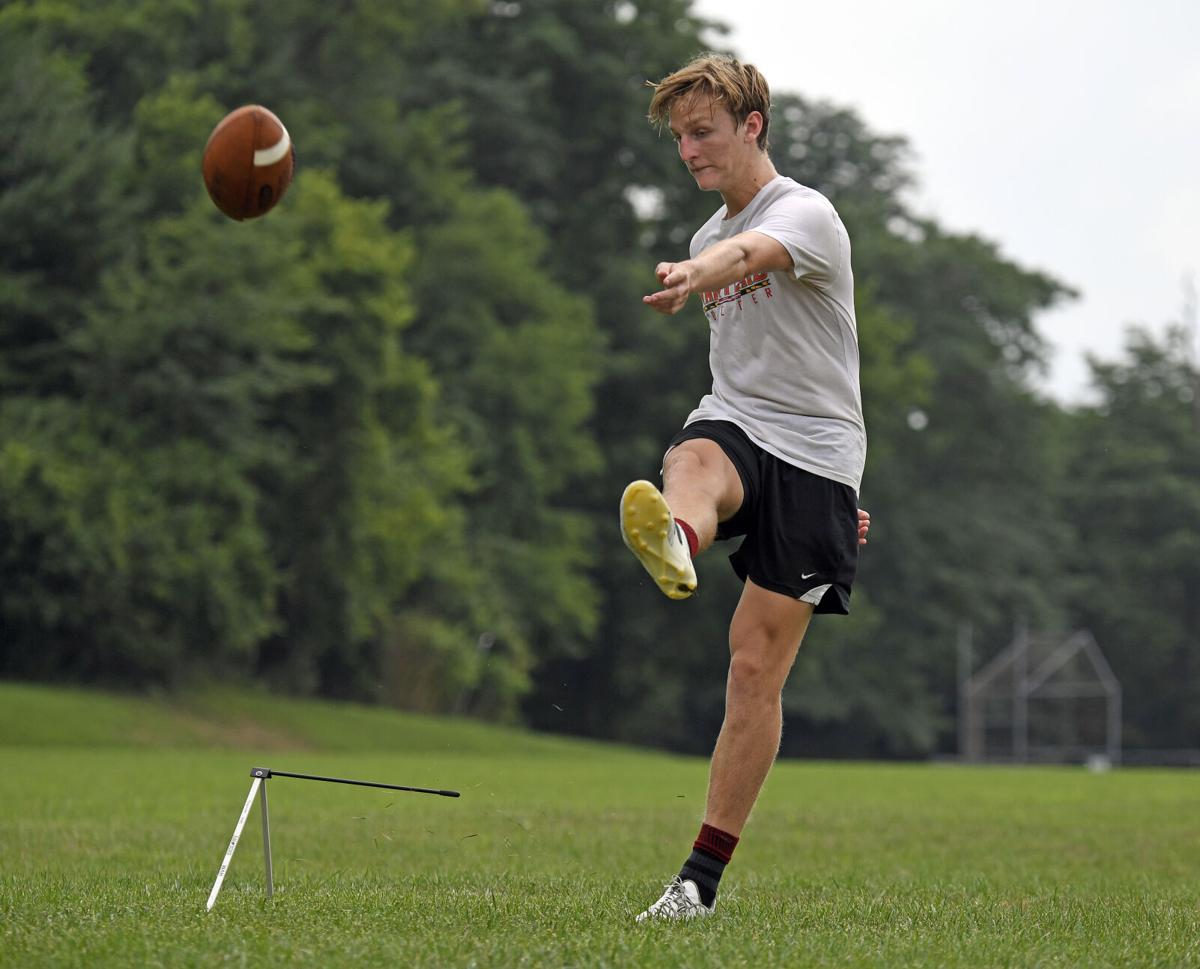 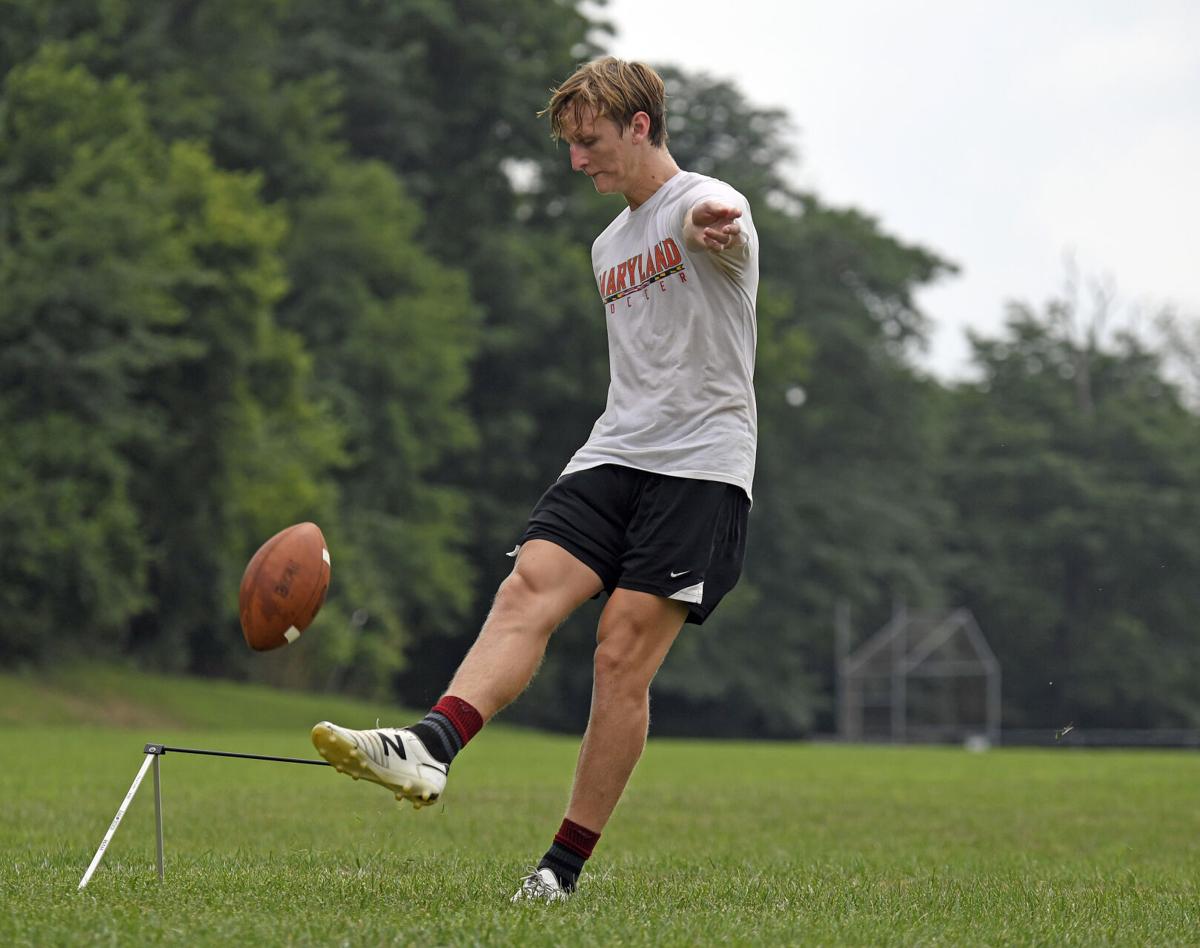 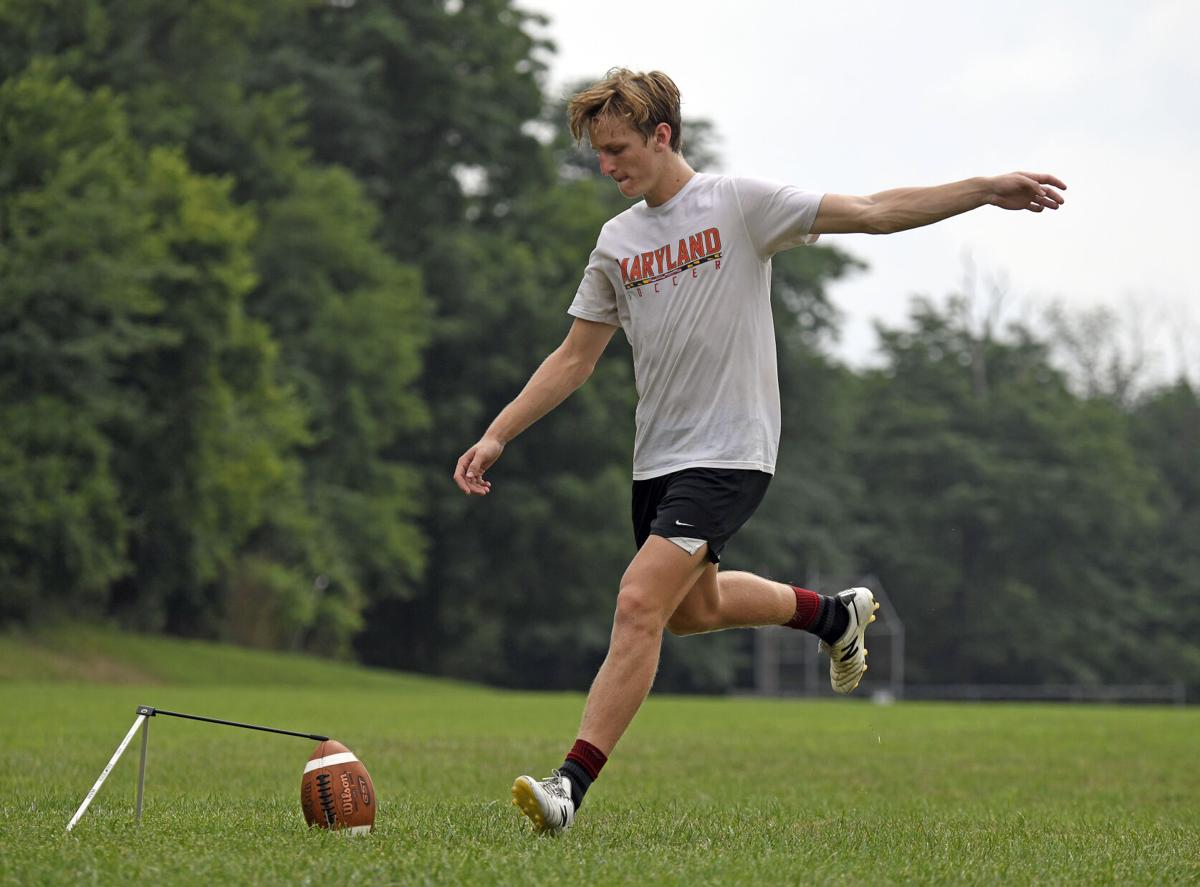 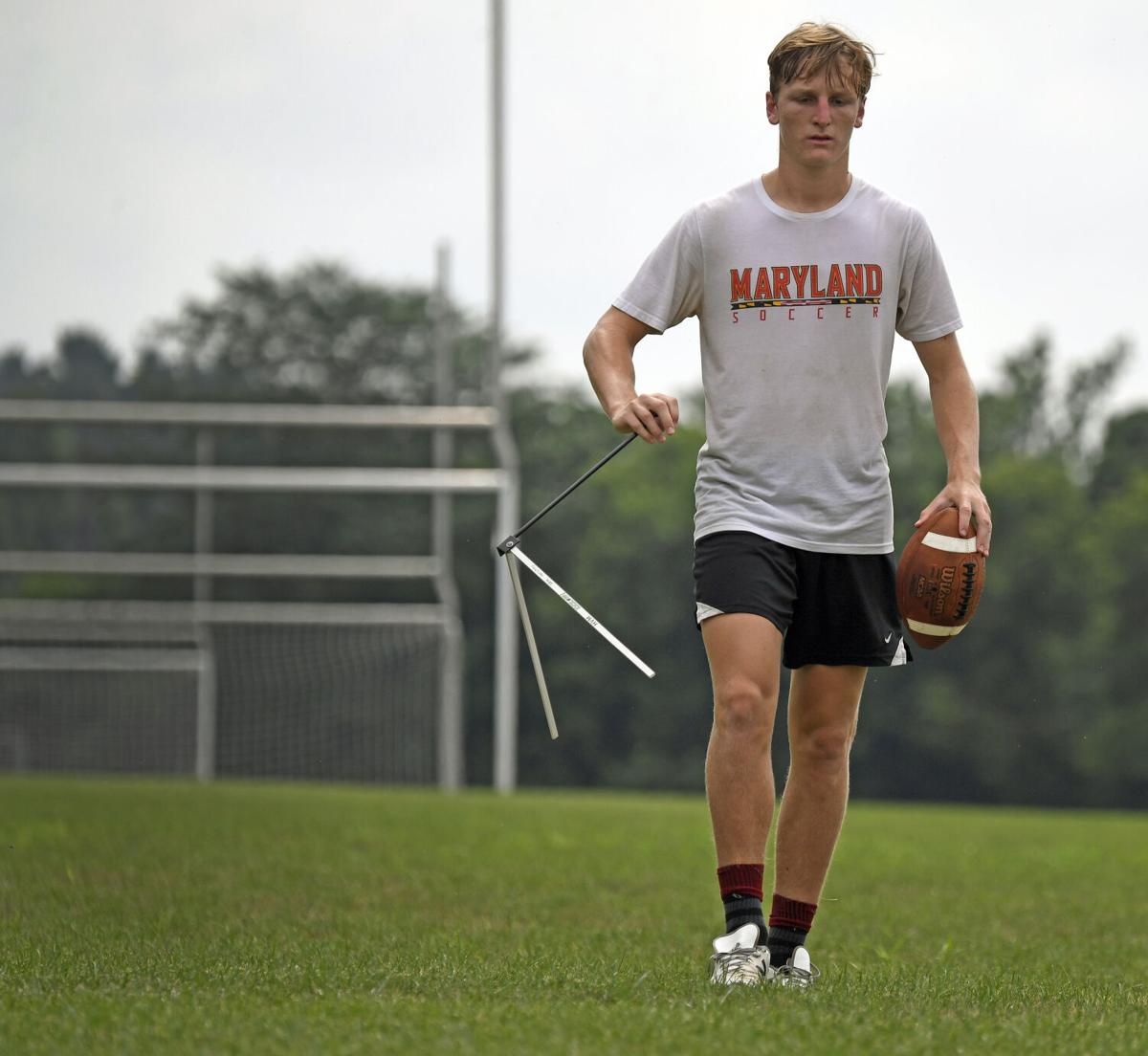 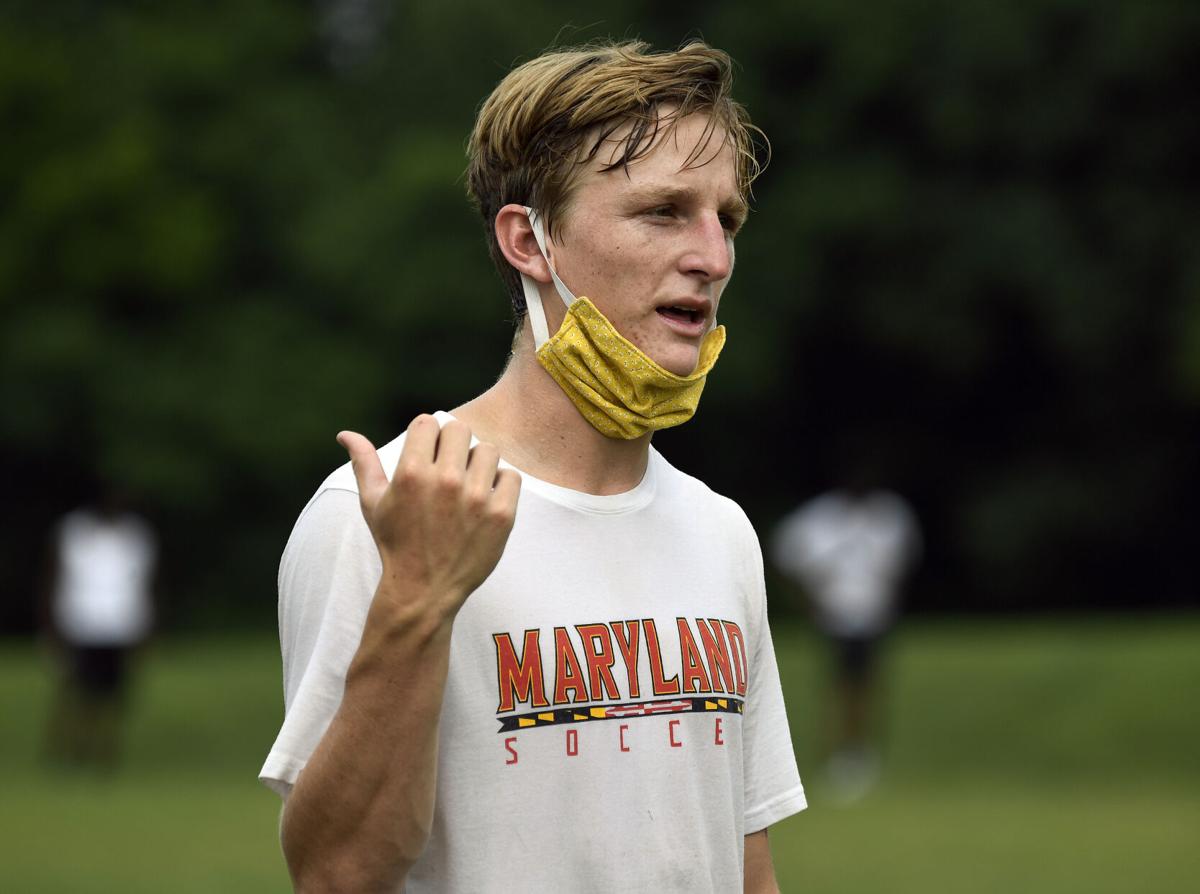 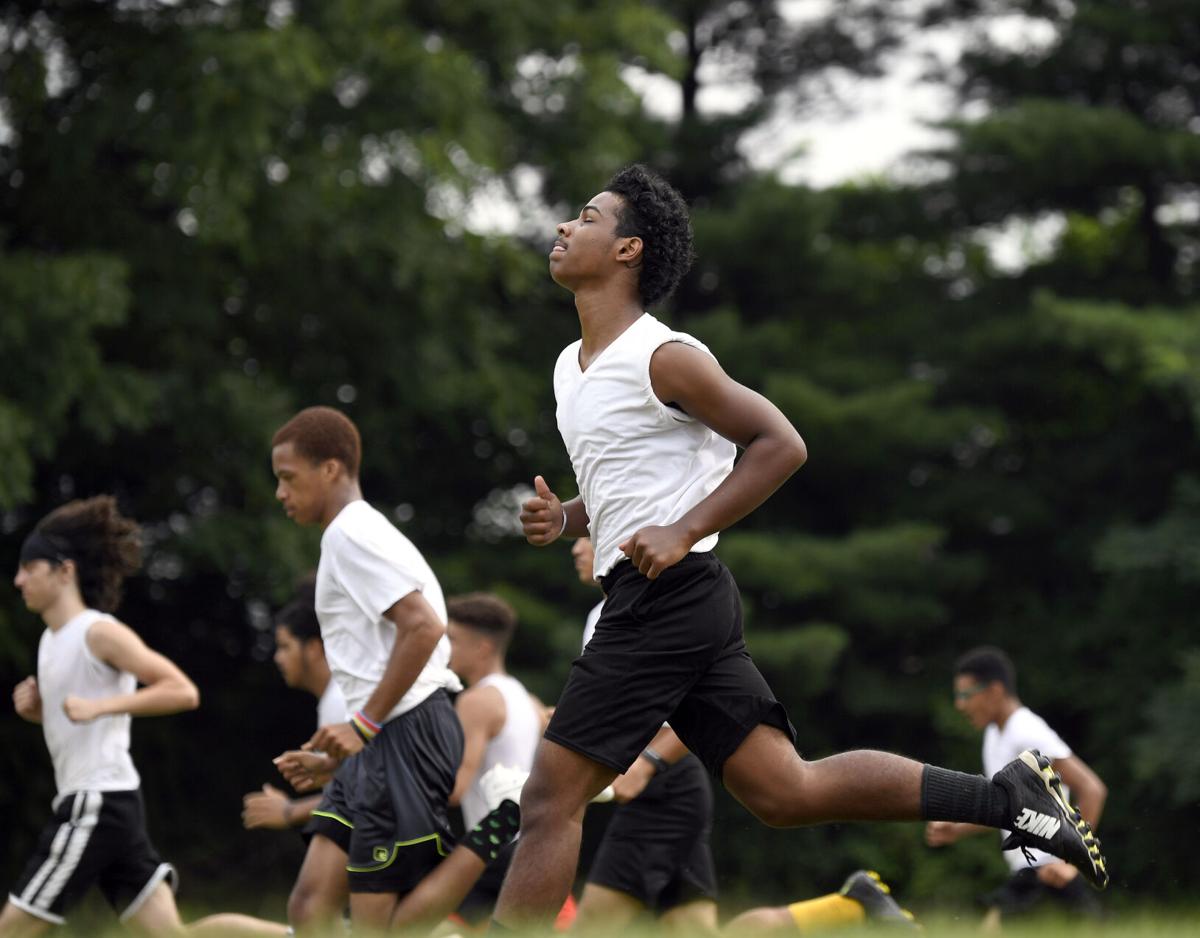 McCaskey kicker Sam Hershey gets some reps in during practice at McCaskey East High School on Friday July 24, 2020.

“Summer before my sophomore year,” McCaskey's rising senior said. “I didn’t know what I was doing. I was nervous just going out there to practice. When I first started, I was only making field goals from 30 or maybe 35 yards. And my longest kickoffs were maybe 40 or 45 yards. That’s not very good.”

What a difference two years — and a ton of practice — makes.

“I’ve come a long way,” Hershey said. “Now I have a lot of confidence.”

A soccer player by trade, Hershey was approached by former McCaskey football coach Eric Spencer in the summer following his freshman year. After some coaxing, Hershey decided to give kicking a try on the practice field behind McCaskey’s venerable stadium.

“Definitely nerve-wracking,” Hershey said. “I remember my very first kickoff in the first game against Red Lion that year, and there was a lot of adrenaline pumping and a lot of people coming at me.”

Turns out Hershey is a jack-of-all-trades athlete in the Red Tornado program: A goal-scoring midfielder, he helped McCaskey reach the Lancaster-Lebanon League soccer title game last fall, earning a laundry list of awards along the way. Hershey was named Section Two Player of the Year, he was a Pennsylvania Soccer Coaches Association All-State pick, and he earned a United Soccer Coaches All-East Regional All-Star honor, after netting 23 goals for the Tornado.

Hershey also handled the full-time kicking duties for McCaskey last fall, making 10 of 13 PAT attempts and a pair of field goals, including a 37-yarder. In the winter he plays basketball for the Tornado, which won 16 games and went to the district quarterfinals last season. And Hershey is an outside hitter for McCaskey’s volleyball team.

His dad, Trevor, was a kicker and soccer standout in high school for Lower Dauphin in the Mid-Penn, and went on to play soccer in college for James Madison University. His mom, Linda, was a soccer wiz at Baldwin in the WPIAL, and at Gettysburg College, she scored the first goal in the history of the Bullets’ women’s program.

Now Sam Hershey is carving out his own niche, and he’s doing it when it’s a great time to be a specialist in L-L League circles.

“Right now in the Lancaster-Lebanon League, we have a lot of consistent kickers,” Hershey said, “and it’s cool to see that and to be a part of that.”

Hershey, who has made a 59-yard field goal in practice, has carved himself into quite the special teams weapon, and he’s hoping to do plenty of damage as the Tornado’s kicker and punter this fall.

“He’s going to help flip the field for us, and those are important guys to have on your team,” London said. “Plus he’ll help with the extra points and the field goals, and definitely with field position because he’ll punt for us. We’re going to ride him as much as we can.”

“You can win games and you can also lose games on special teams,” London added. “Having Sam punt for us and kick off for us is going to help us a lot. He’s going to keep us in games, and I think he’s also going to help us win some games.”

Hershey, who has made an official soccer visit to Bucknell, will work with new McCaskey kicking coach Steve Levan, who kicked in high school for Coatesville and then for Morgan State University. And Hershey has worked out with former Lincoln University punter Cody Waddell, who is spending his senior season this fall at Texas Tech in the Big 12.

“I didn’t know I was going to turn out to be pretty good at this,” Hershey admitted. “I was originally just going to try it out and keep working at it. So it’s been a surprise. But it’s been great to see my progress and to get to do some great stuff, like some showcases and the Scholarship Camp. That was a great experience. In the beginning I was just going out there kicking it. But over the years now, I’ve been able to perfect this craft.”

They are the field generals. The skippers. The men at the helm of the 24 Lancaster-Lebanon League football programs. And they are set to lead …

Before we can talk about which quarterbacks are due back in Lancaster-Lebanon League football circles this fall, we must first mention the tal…

It is not a gigantic list. But it is a list filled with playmakers; offensive weapons who know how to get out of the backfield, get their legs…

If there is one area where Lancaster-Lebanon League football is gushing with talent, it’s definitely in the special teams department.