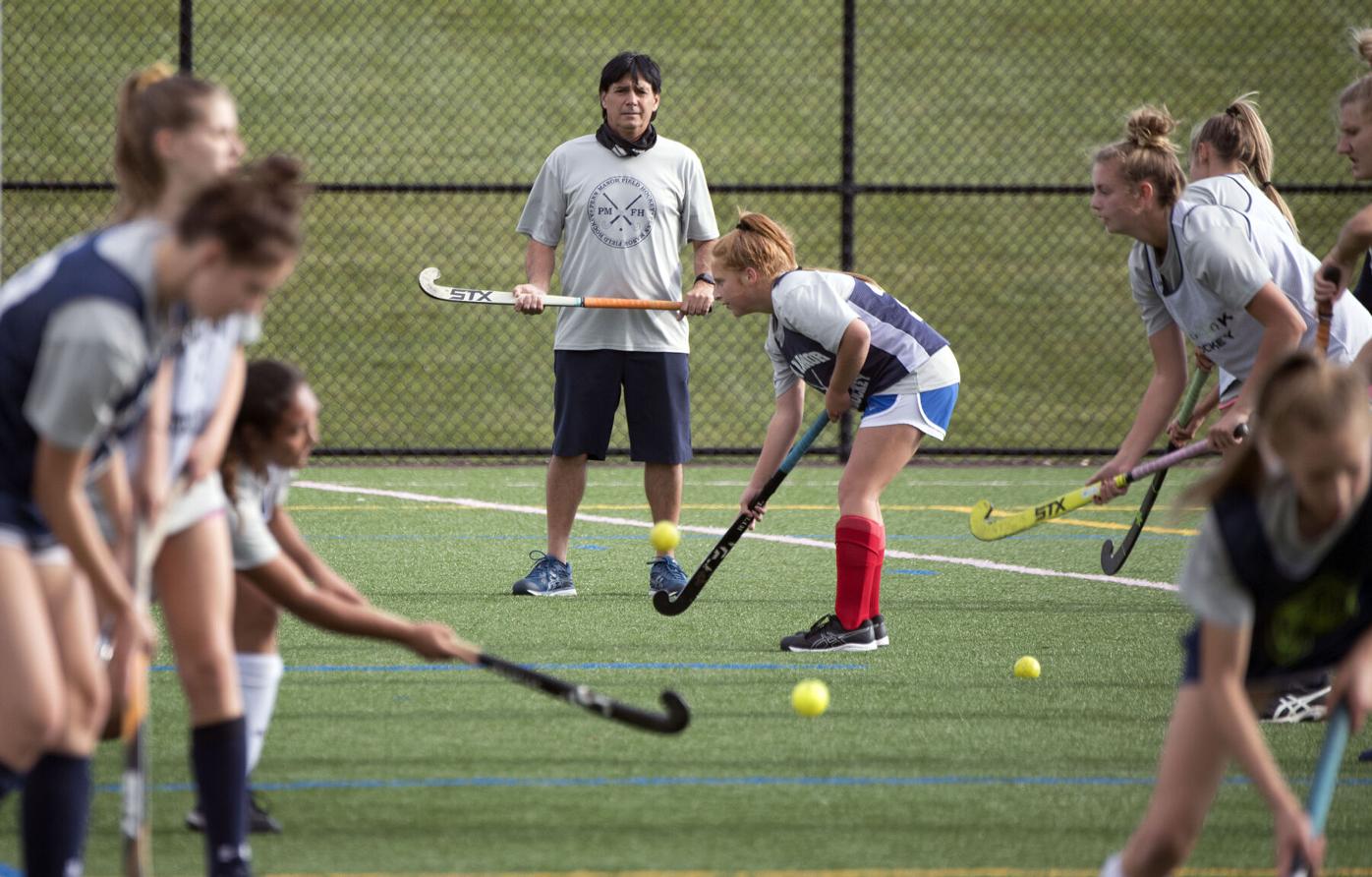 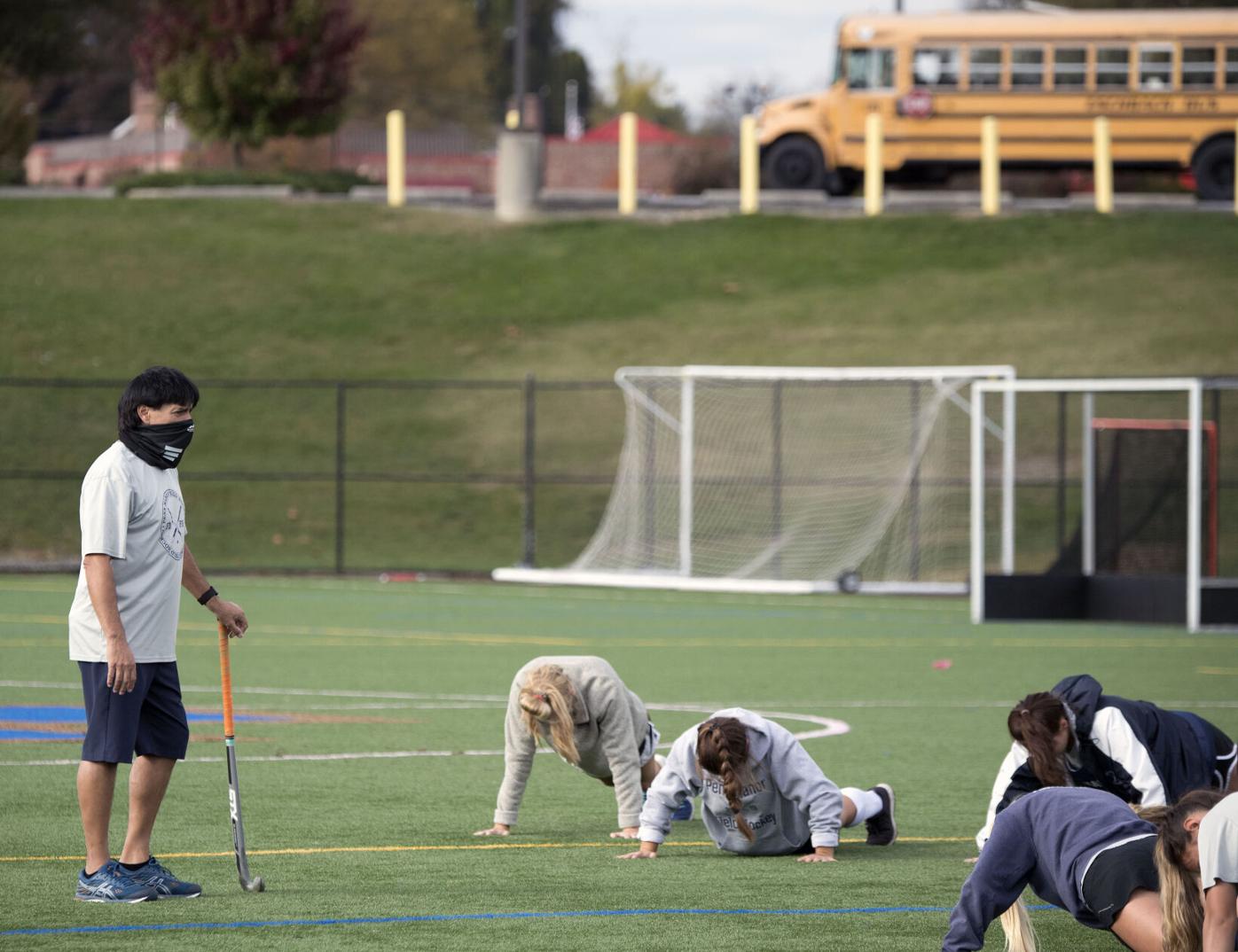 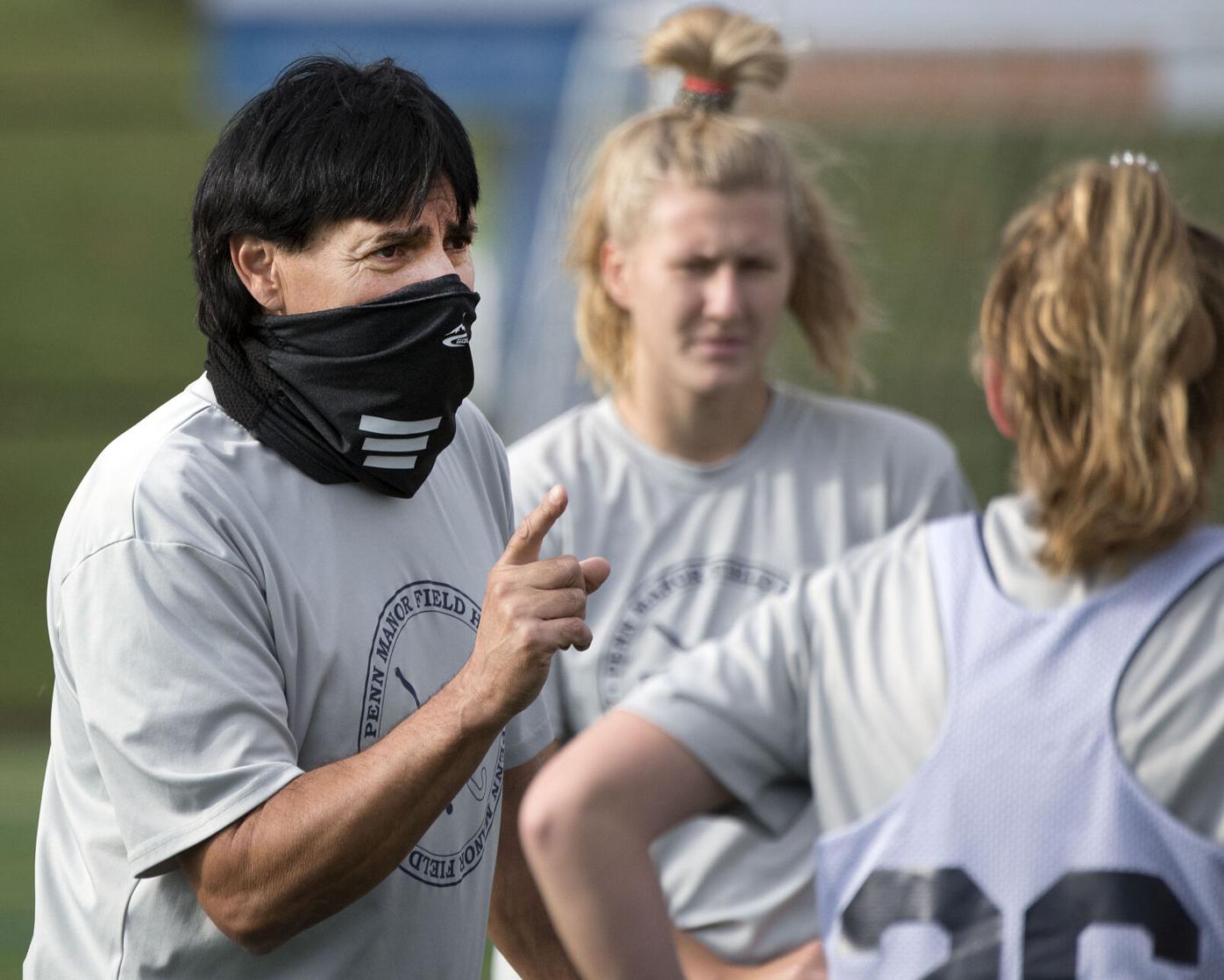 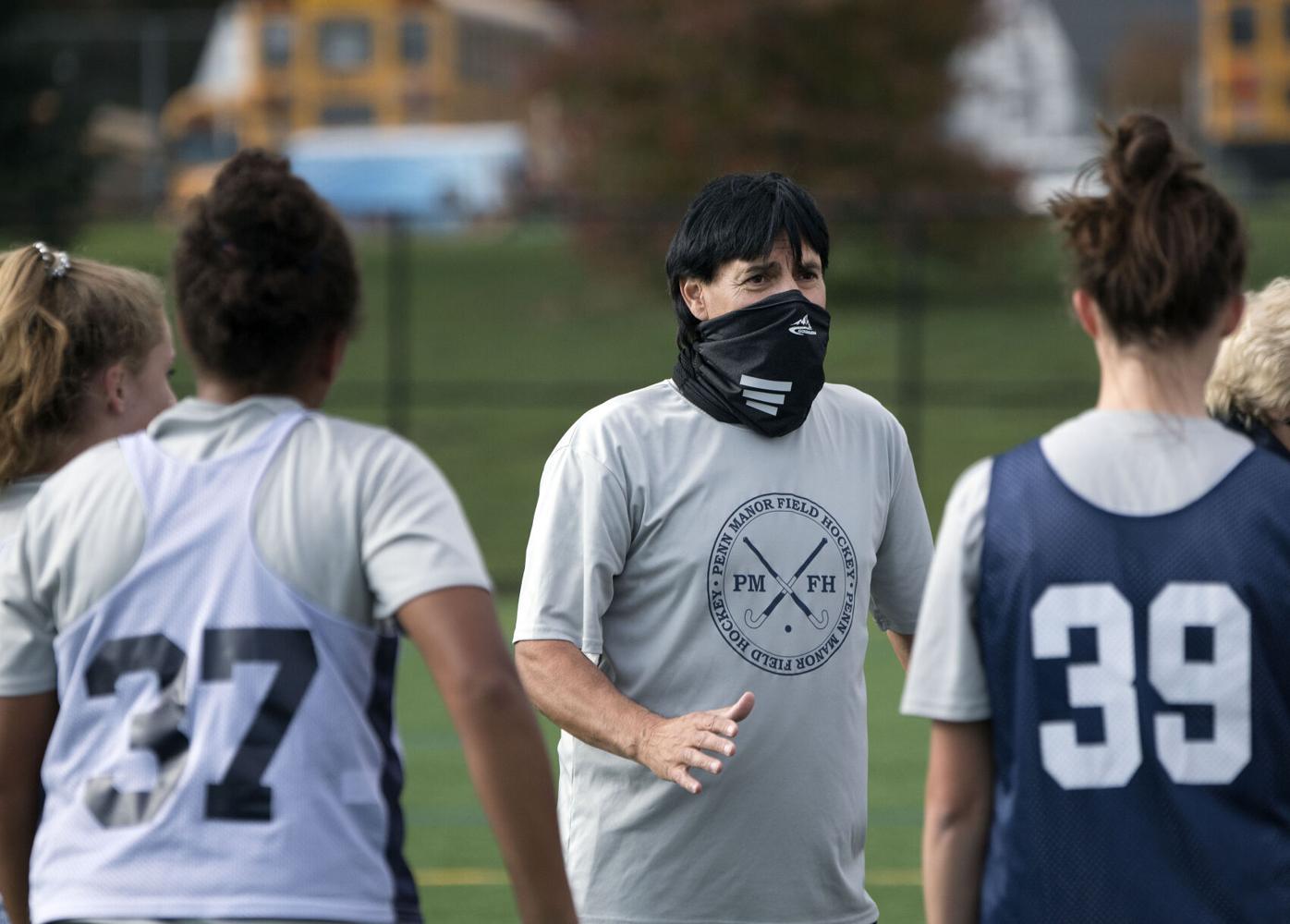 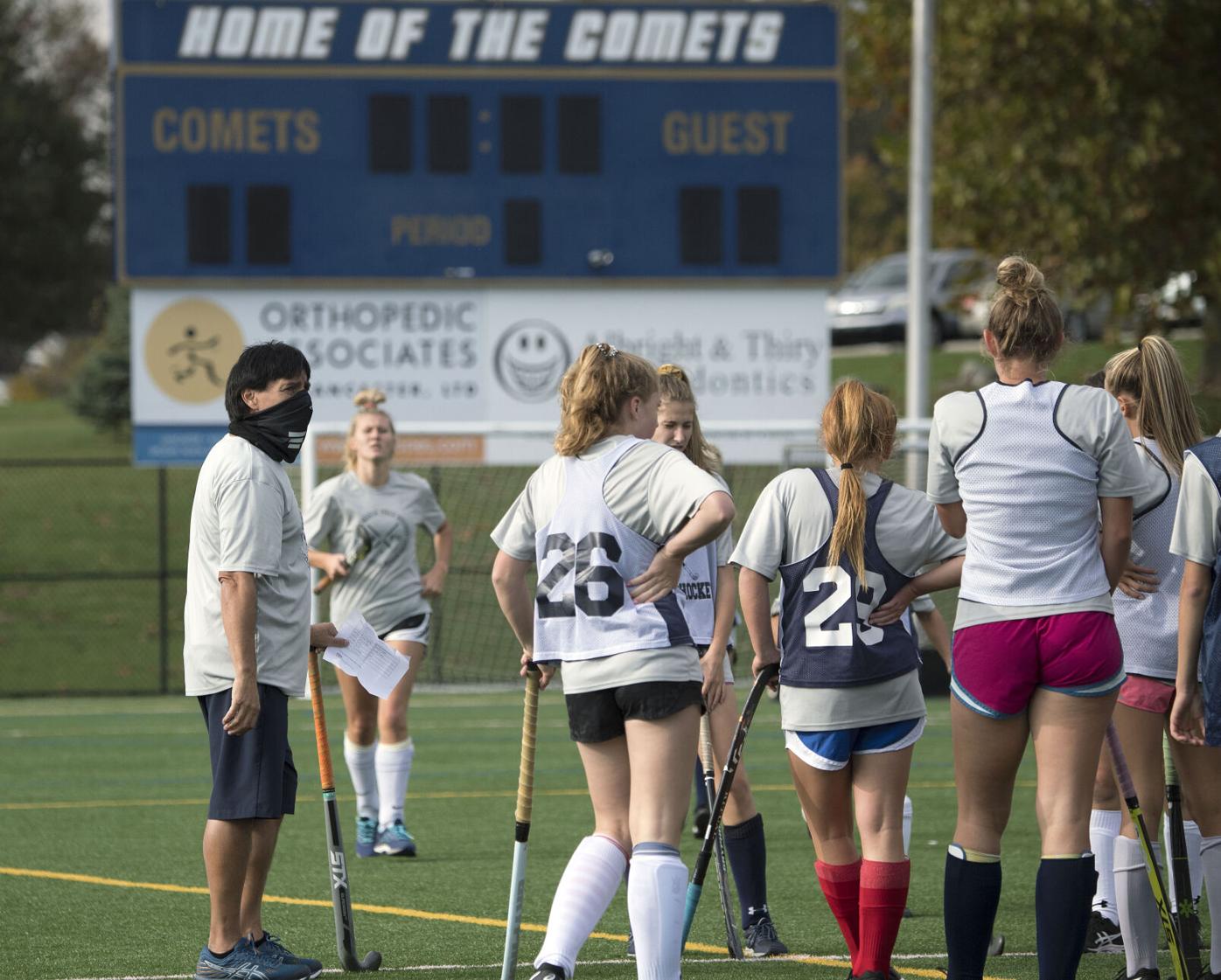 Matt Soto is a lifelong ice hockey guy. He still plays, at age 61, a couple times a week.

Thirty-six years ago, Soto was a shop teacher and assistant basketball and softball coach at Middleburg High in Snyder County. The athletic director needed a head field hockey coach, and figured that if you were an ice hockey player you’d make a good one.

“Yes, but … the sports (ice and field hockey) are nothing like each other,’’ Soto argued, unsuccessfully.

So began what turned into one of the great coaching careers in high school field hockey history.

Soto is now in his 16th season at Penn Manor, and his Comets clinched their 14th straight Lancaster-Lebanon League Section One title last week. They’ve also won three District Three championships, state championships in 2008, 2014 (co-champions with Palmyra) and 2017, and reached the state final three other times.

The 2017 Comets were the top-ranked high school team in the country. Soto also won a state title at Middleburg in 1995.

The current team is 11-2, having scored 45 goals and allowed four, heading into Thursday’s semifinals of the L-L League playoffs. The Comets’ 2-0 defeat of Manheim Township on Oct. 20 was Soto’s 700th win.

He’s only the seventh coach ever — nationally — to reach that milestone.

“I’ve had great people around me at Penn Manor,’’ Soto said last week in an interview that could best be described as graciously reluctant.

“Great administration, staff, school board … their attitude on excellence is well-established, and I could tell that from the very beginning.’’

OK, but Penn Manor isn’t winning nearly this much, for this long, at anything else.

“It’s his passion for excellence,’’ Soto’s longtime assistant, Denise Gobrecht, said. “His attitude is, we’re not doing mediocre, ever. And he truly, truly loves the game.’’

“He was actually my first coach, and he taught me all of my basic skills,’’ said Jill Funk (nee Witmer), an All-American at Penn Manor and at the University of Maryland, and a former member of the U.S. National team who played in the 2016 Olympics.

“All the trapping and hitting — he’s very technical about it, and you have to have that, and he knew it so well," she said.

How did this happen, a bottomless knowledge of and love for field hockey in a guy who never played it?

It started at Middleburg.

“At the beginning, the girls there taught me the game, the rules,’’ Soto said. “They were so good, so athletic. They just needed somebody to train them.’’

Around when Soto arrived in Millersville, a player’s father, Stuart Herr, turned a chicken coop on his farm into an indoor field hockey facility with field turf. It became a winter practice venue and eventually a place where other schools and the best players came to play.

The coop was on what is now The Farm at Eagles Ridge, a venue for elegant weddings and other events, co-owned by Paige Flowers, Stuart Herr's daughter, who played for Soto and at Ohio University.

Soto was an early adopter of weight training for female athletes. He makes extensive use of video. His players keep journals, in which they note opponents’ tendencies, matchups, and other details of video study.

The Comets have to have their equipment arranged in precise order.

“It didn’t seem like a big deal then,’’ said Emma DeBerdine, a current University of Maryland sophomore who was the National High School Player of the Year for Penn Manor in 2017, and is now part of the Under-21 national team.

“But looking back on it," she said, "we were doing things other teams didn’t have to do. It was just a very competitive, professional atmosphere for a high school team.’’

Soto is retired from teaching, but works full-time as the director of athletic operations at Spooky Nook Sports Complex. Gobrecht also works at Spooky Nook.

“I have a great relationship with Spooky Nook and Penn Manor,’’ Soto said. “They’ve allowed me to do what I do, so I still love doing it.’’

It was quite the Lancaster-Lebanon League field hockey tournament debut for Penn Manor's Tristan Groff.

After a record-setting 16 years, Matt Soto has stepped down as field hockey coach at Penn Manor High School.