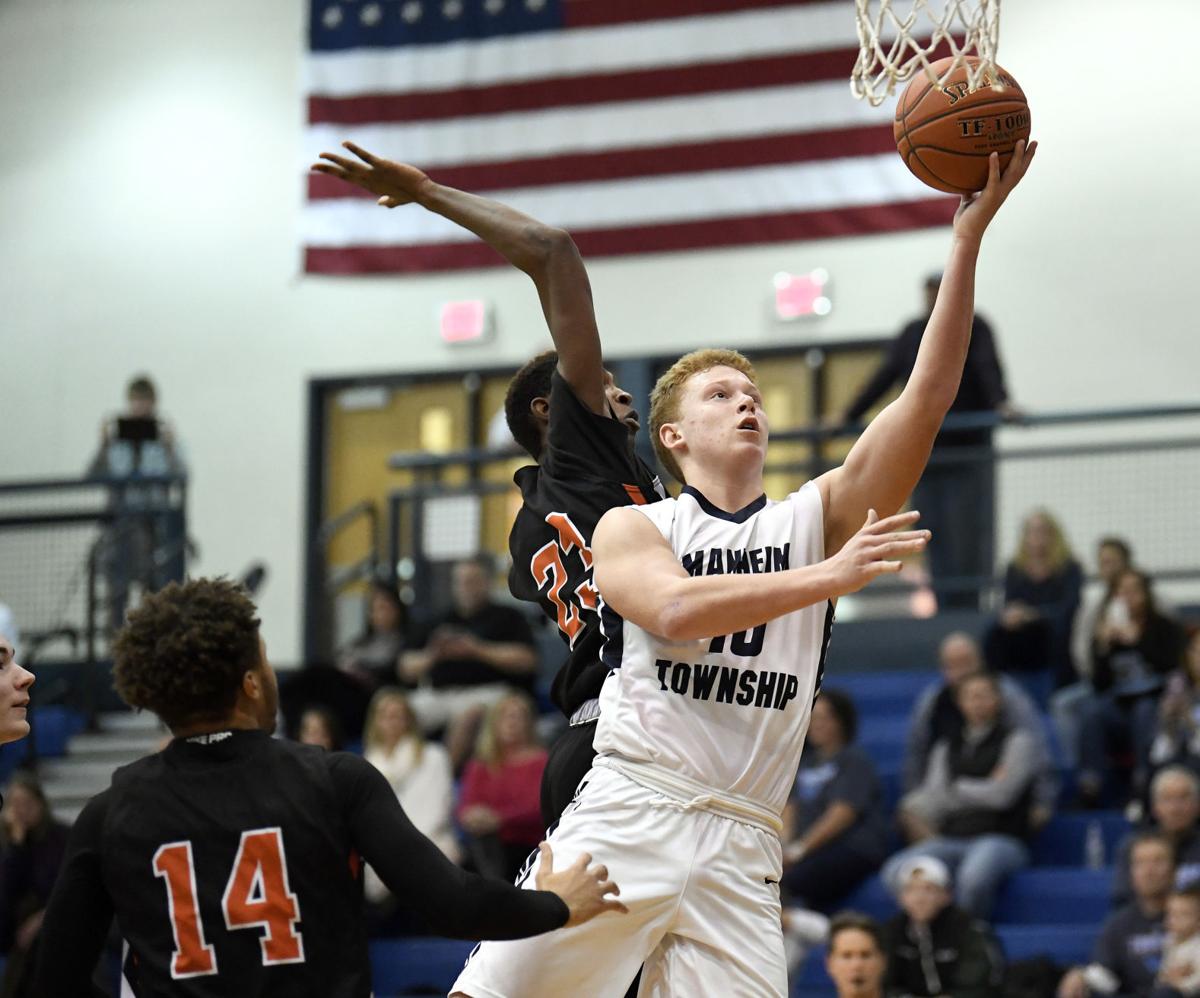 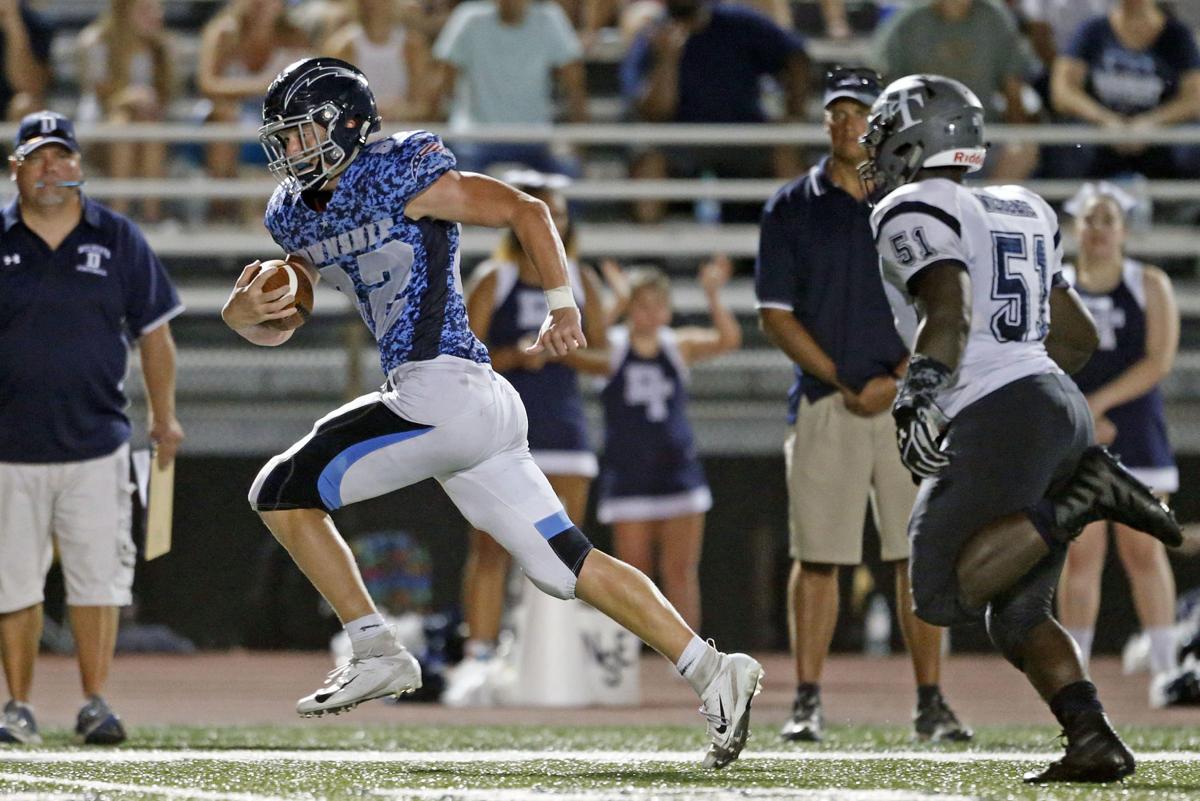 Manheim Twp.'s Ben Mann (82) takes off after a catch against Dallastown during second half action of an LL League football game at Manheim Twp. High School in Neffsville Monday Sept. 3, 2018. 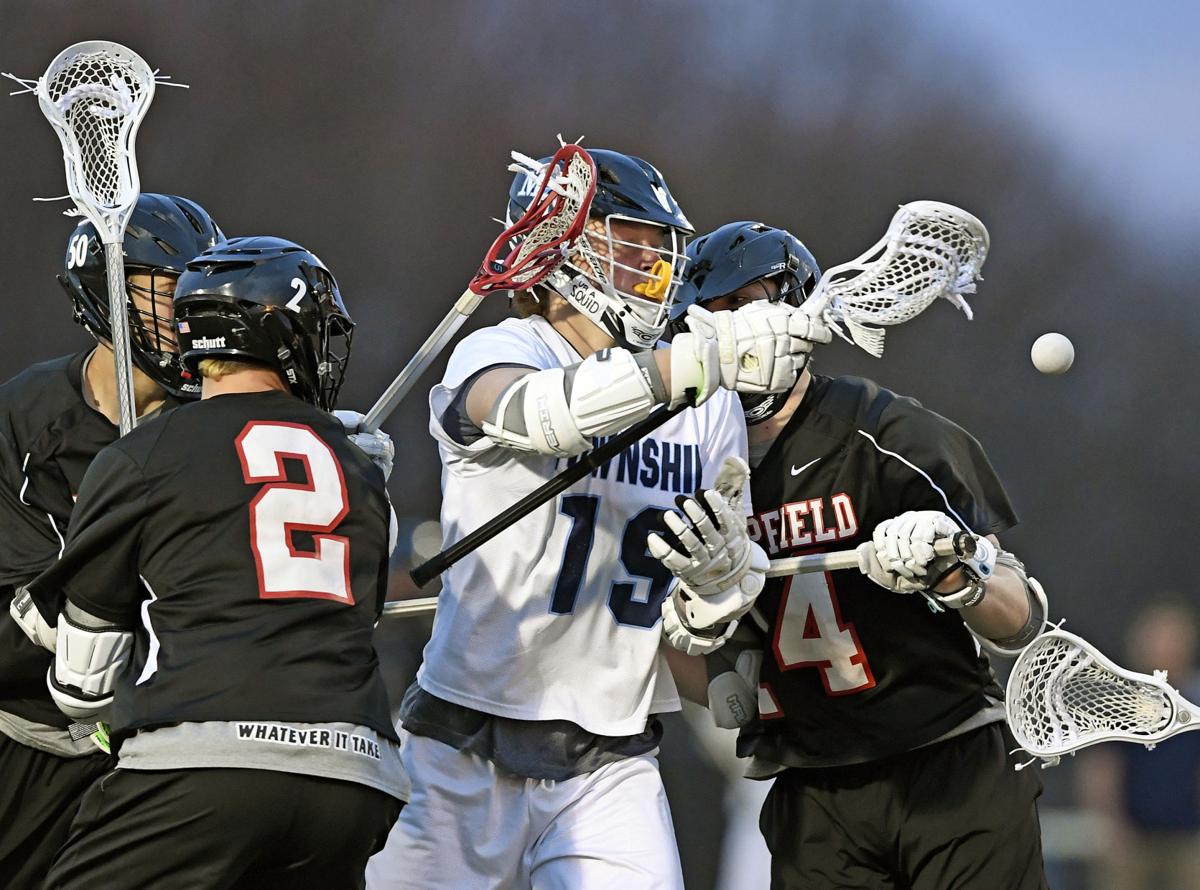 Manheim Twp.'s Ben Mann (19) loses control of the ball as he gets hit by Hempfield's Dan Sears (14) during first half action of a Lancaster-Lebanon section one lacrosse game at Manheim Twp. High School Wednesday April 10, 2019.

Manheim Twp.'s Ben Mann (82) takes off after a catch against Dallastown during second half action of an LL League football game at Manheim Twp. High School in Neffsville Monday Sept. 3, 2018.

Manheim Twp.'s Ben Mann (19) loses control of the ball as he gets hit by Hempfield's Dan Sears (14) during first half action of a Lancaster-Lebanon section one lacrosse game at Manheim Twp. High School Wednesday April 10, 2019.

Talk about keeping it in the family.

Who was the second? That would be Mann’s big sister, Carolyn, who took home the honors in her senior year in 2016.

“That makes this even more special,” Ben Mann said of the family connection. “This means a lot. I’m proud of what I’ve done, and I’m thankful to all of my coaches and teammates, and especially to my siblings and parents for always pushing me.”

Michael Baird was the Streaks' first Brackbill winner, back in 1999. The award is named for the first executive director of the L-L League and former Penn Manor administrator, and is given annually to a senior boy and girl student-athlete who maintained a 3.5 GPA and played in at least two PIAA-sponsored sports in their senior year.

A committee set up by the L-L League and chaired by Pequea Valley athletic director Mark Grossmann selected the winners from nominations made by each of the league’s schools.

Mann more than met the standards; he’s a 4.0 student — with 10 AP classes and nine honors courses — and a three-sport standout for the Streaks.

In his senior year, he served as a team captain in football, basketball and lacrosse, and he’ll depart Township with nine varsity letters, plus an impressive list of extracurricular activities, including student council, mini-THON, and multiple tutoring and counseling decorations.

Mann also earned a pair of football All-Academic awards, he was named all-state by the Pennsylvania Football News, and he pocketed a Mini Max Award from the Maxwell Football Club last fall, when he dominated at tight end, defensive end and long snapper for the Streaks.

Mann will continue his football career at Yale University.

“In my family, academics have always come first,” he said. “So I’ve spent a lot of late nights doing my work, preparing for tests and studying. I’ve worked incredibly hard to keep my grades up, and that’s what sets you up for the future. Sports, unless you go pro, that will eventually come to an end. Your academics will take you to a job in the future and set you up for your life ahead of you. That’s the way I’ve always viewed it.”

The other finalists were Columbia’s Matt Gambler, Cocalico’s Brock Gingrich, Ephrata’s Caden Keefer and Cedar Crest’s T.J. Moore. All of the finalists, including Mann, will receive $150 in scholarships from Orthopedic Associates of Lancaster, and Mann will receive a $1,000 scholarship from the Manheim Touchdown Club.

From the Ice Bowl to Manheim Township: Ben Mann's family legacy will continue at Yale

The original version of this story referred to the Mann siblings as the first and second Maheim Township students to be honored with an A. Landis Brackbill Award. However, the Blue Streaks' Michael Baird was the school's first winner, in 1999.

The landscape of Lancaster-Lebanon League and District Three football as a whole is about to get a major facelift.

Up next in Lancaster-Lebanon, Berks football merger: Figuring out section alignments for 2022

The Lancaster-Lebanon League this week announced its A. Landis Brackbill Award recipients for the 2019-20 school year.