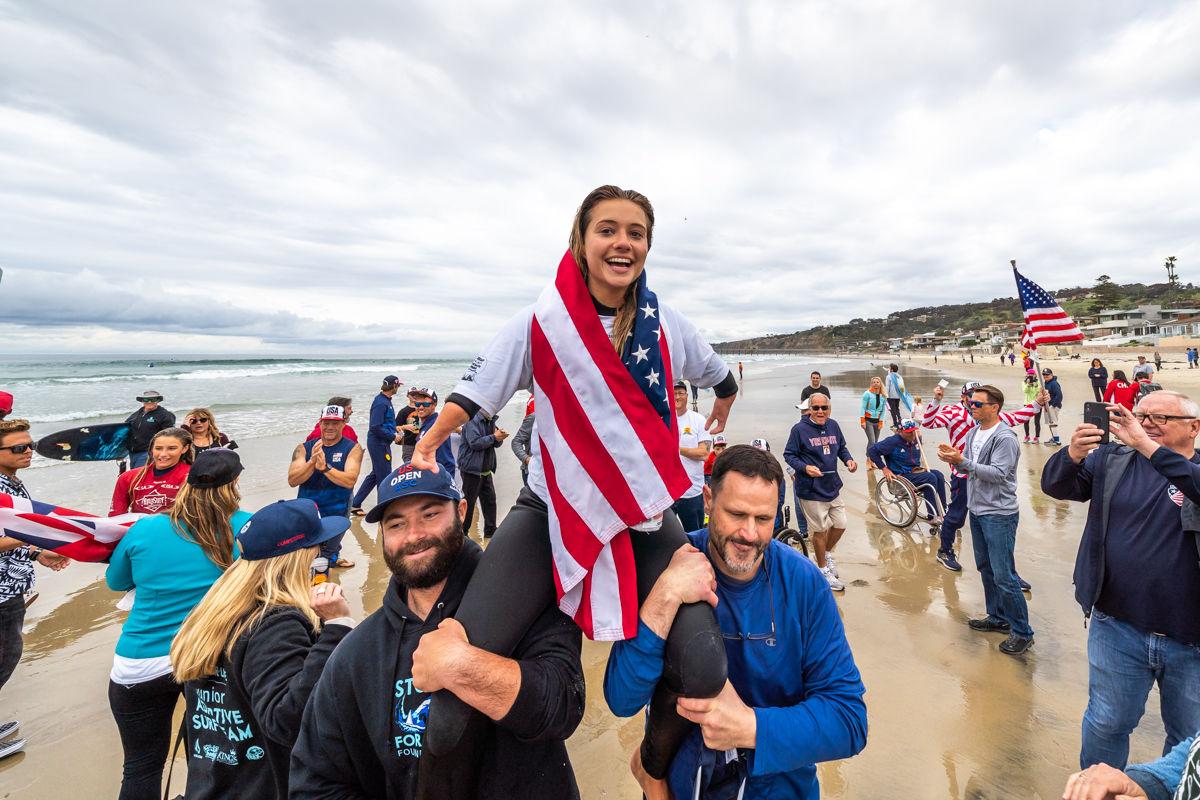 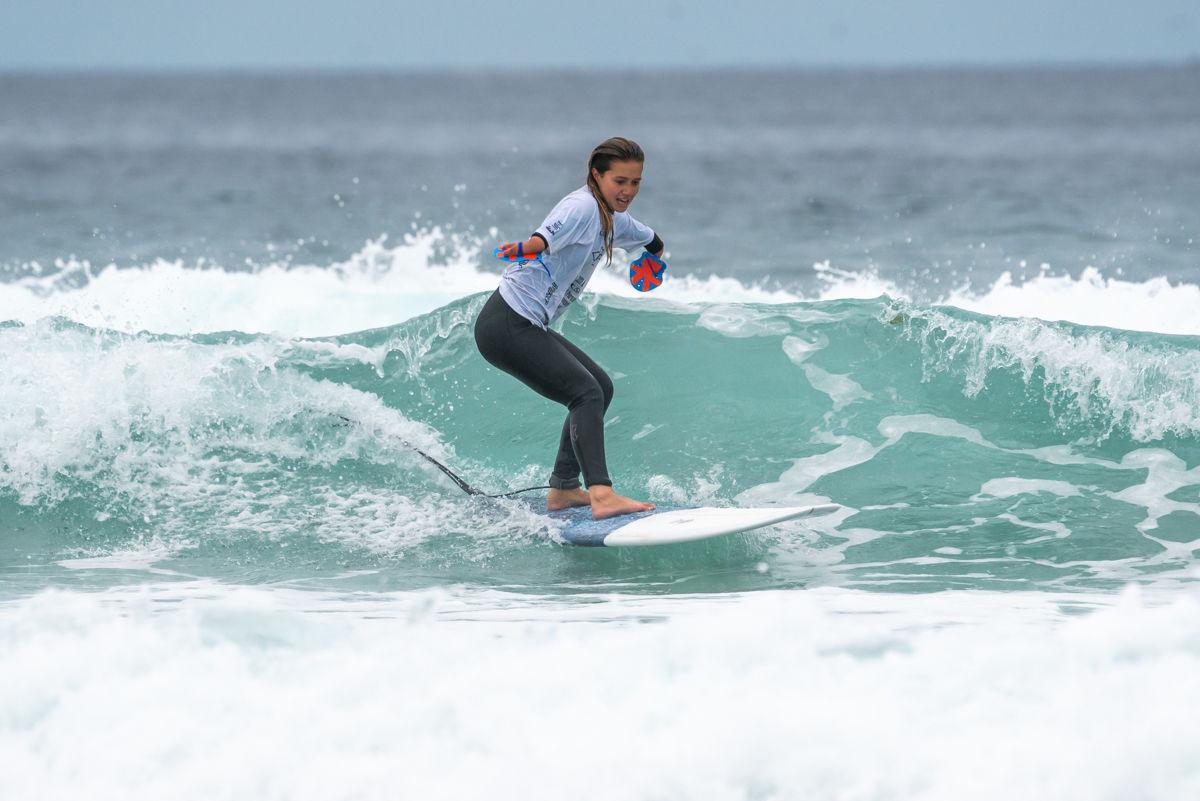 Big difference between poker and life; we don't get to ask for new cards. We have to play with the ones we're dealt.

It's a safe bet that when Olivia Stone first saw her cards, she didn't like them. But that hasn't stopped her from playing the heck out of them.

“If I could wish I had arms, I wouldn't, because it's made me who I am,” she said last week.

Who she is, at age 17, is a determined, ever-improving para surfer, and an inspiration to others, well beyond her years.

Stone, a Manheim native now living in Carlsbad, California, is a congenital bilateral above elbow amputee. That means she doesn't have elbows, and her small hands each have two fingers. None of which has kept her, with exceptional family support, from finding not only her niche in sports but also a community of her own.

Competing in her second ISA World Para Surfing Championships, Stone took gold in her division (Women's Standing I) and helped her U.S. team earn silver two weeks ago in La Jolla, Calif. She is still a relative newcomer to the sport, having stood up on a board for the first time in October 2017.

That's when she was drawn to surfing at a retreat with Bethany Hamilton, a pro surfer who lost her left arm to a shark in 2003 and now supports young women with similar challenges. Since that retreat, Stone's life has changed dramatically.

She was invited to train in California with the Challenged Athletes Foundation in 2018, and actually moved to the west coast with her mother, Michelle, a year ago. It's a true family commitment, because her dad, Tom, remains in Pennsylvania with her two brothers, who are college students. Tom travels to California once a month.

Olivia attends a charter school three days a week, and spends up to two hours in the water five or six days a week. Additional time in cross training helps to strengthen her core, which gives her the power to stand up on a surfboard.

As her experience has grown, so has her confidence.

“In the beginning … I was honestly pretty scared, because I didn't know much about the sport,” she said. “I just feel like now I'm 10 steps ahead of where I was before.”

She gains support from groups of athletes like her, male and female, older and younger, including Stoked For Life and Waves 4 All. And she passes that support on to others, helping veterans to try the sport through the Wounded Warrior Project.

“I just look at it like it is Liv, and I really don't think about how she inspires people,” Michelle Stone said. “But the more people she touches, you do realize the impact she has made on someone.”

All signs suggest that Olivia is only getting started. Her next goal is to compete in the 2024 Paralympics, and Michelle says she doesn't expect her daughter to return to Pennsylvania.

“I feel like this is the journey she's supposed to be on,” she said.

“When I was younger, I wasn't very confident in who I was,” Olivia said. “I was always struggling with why God made me this way. … Now I realize it's like a gift God has given me, and I want to impact others.”

That's what you call a winning hand.

Nearly two decades and $300,000 later, a mother and daughter still fundraise for an Alzheimer's cure