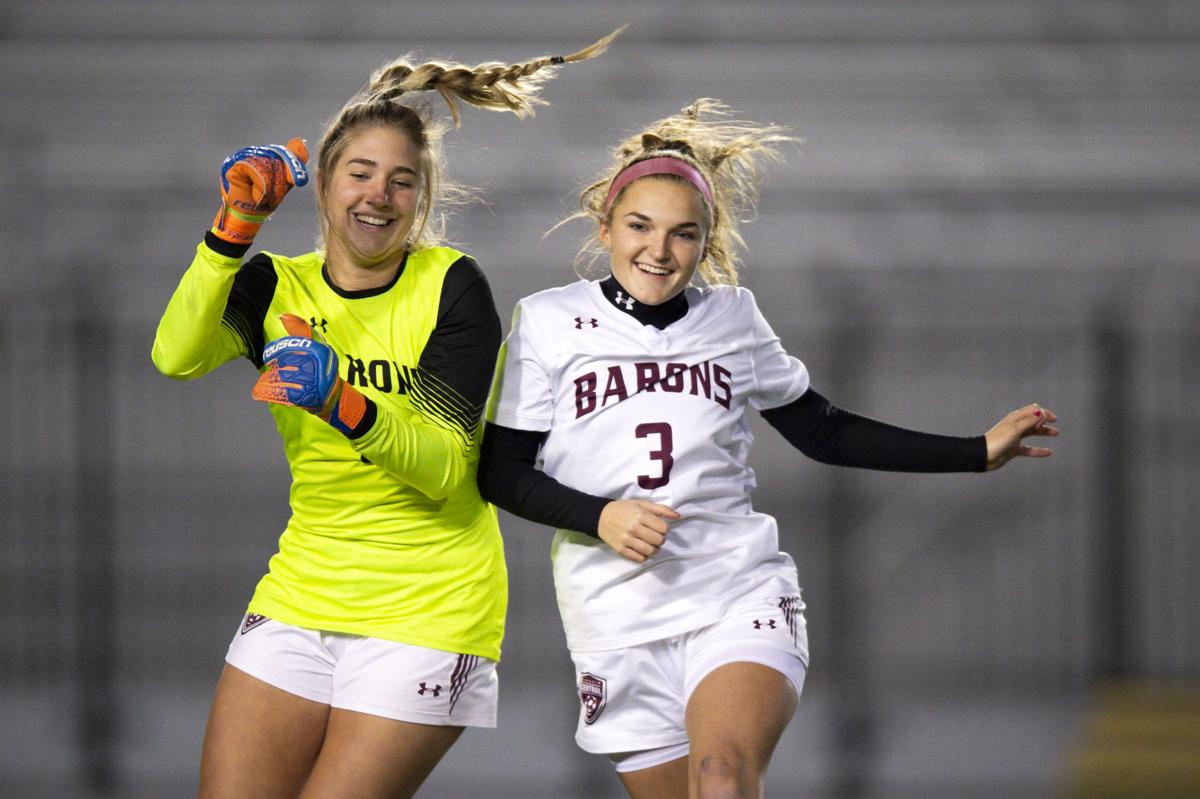 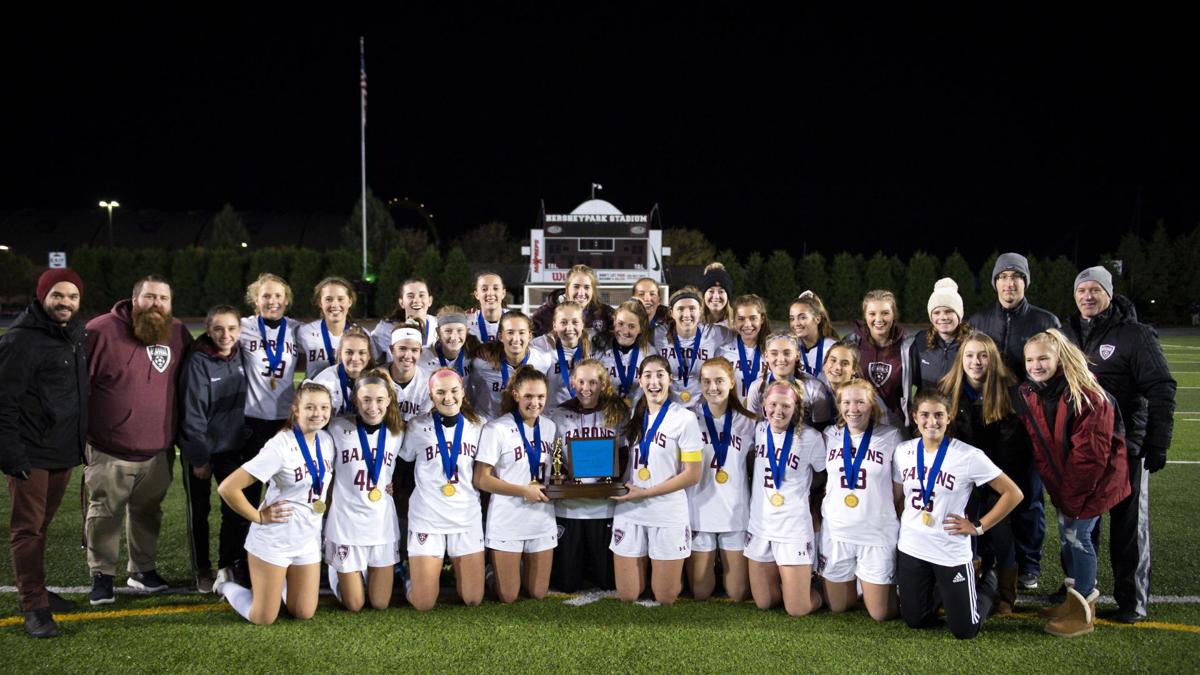 Manheim Central poses for a team photo following their 3-0 victory over Mechanicsburg. 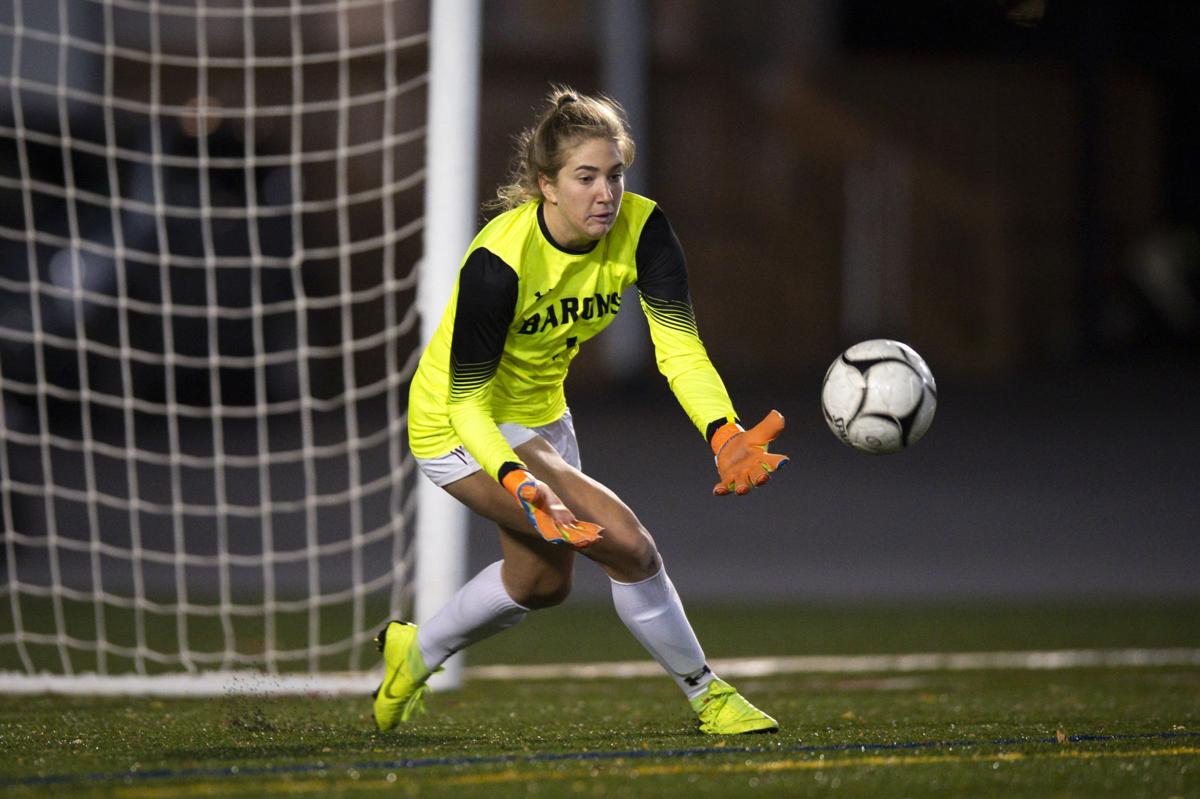 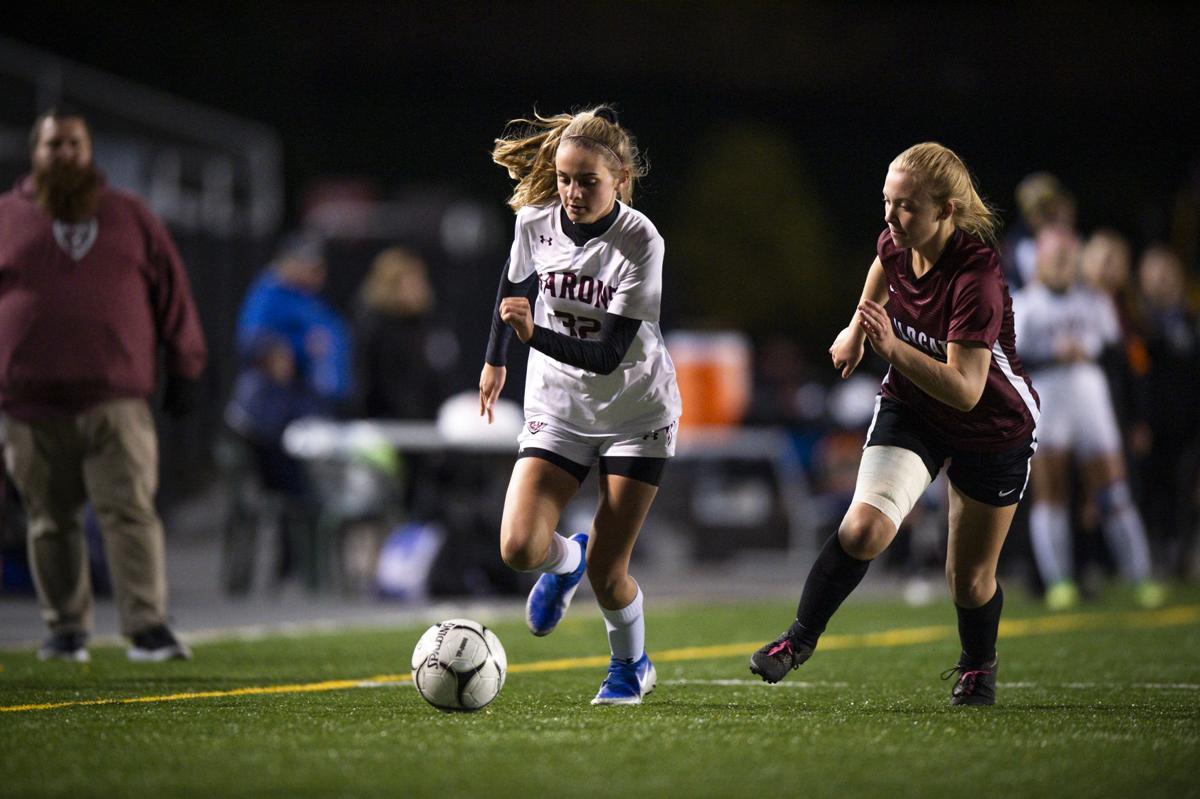 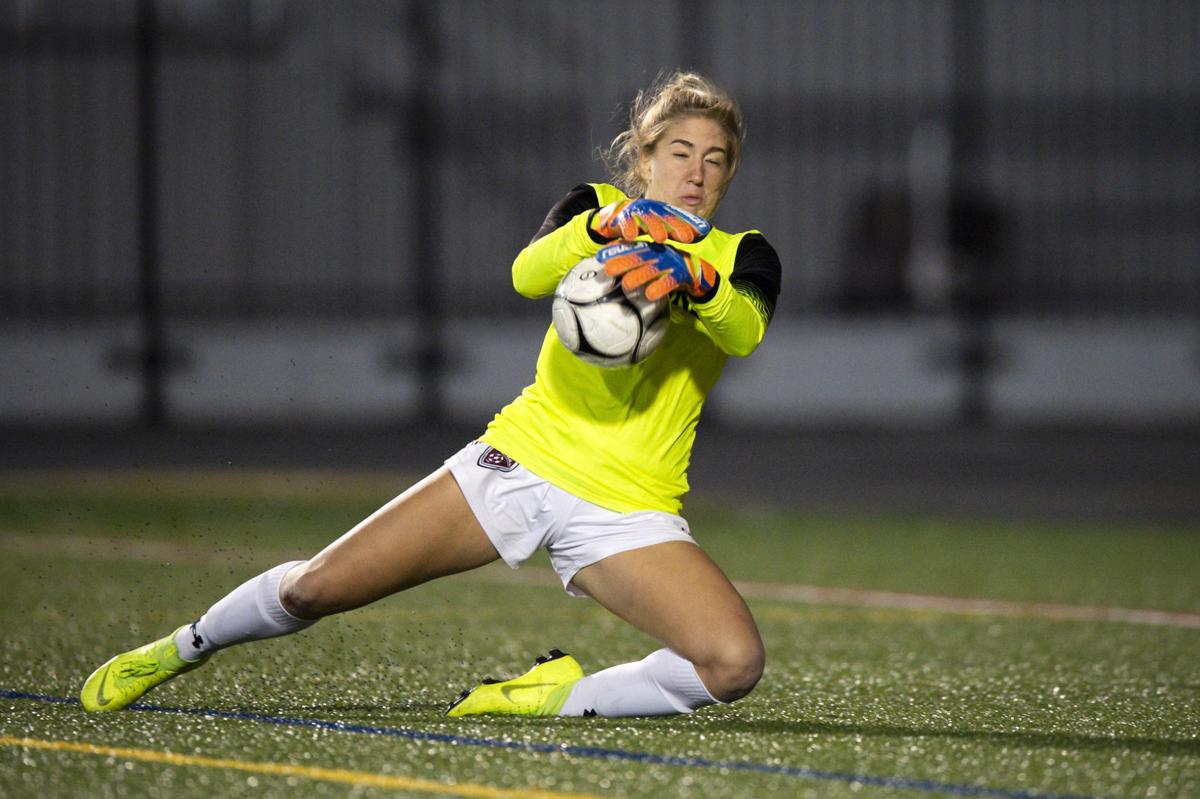 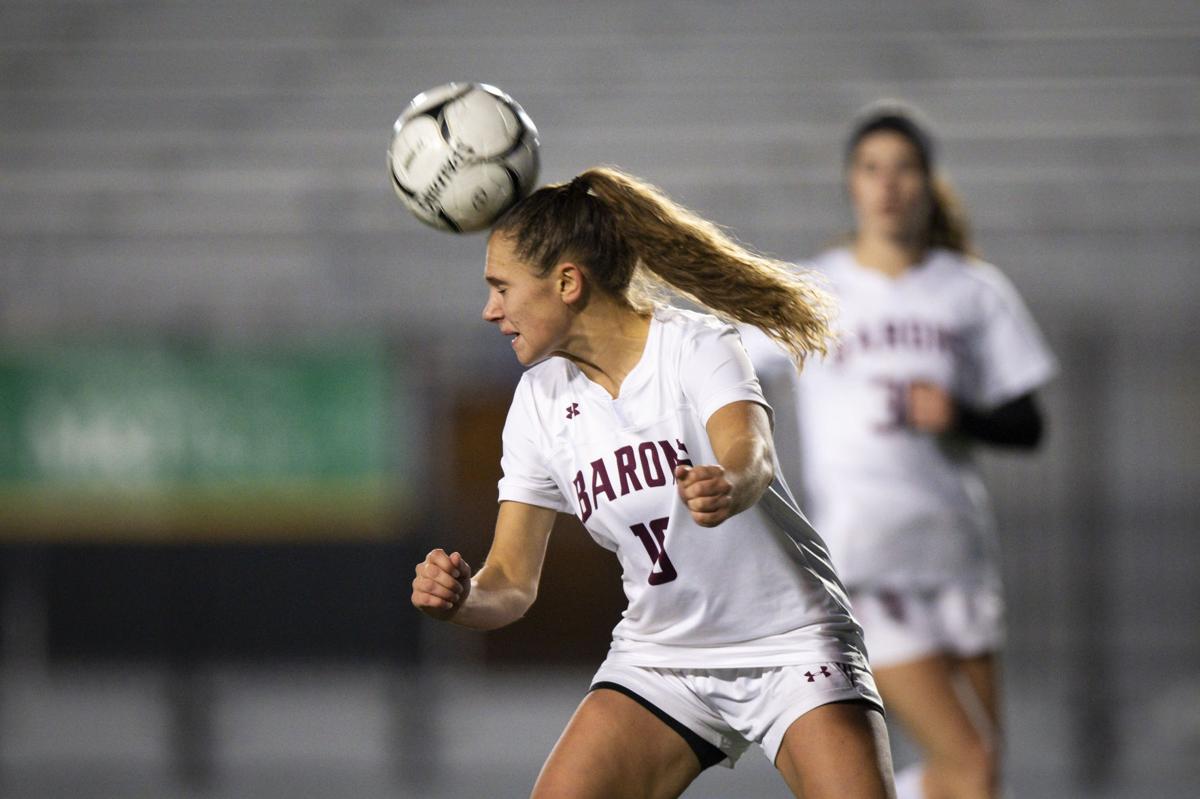 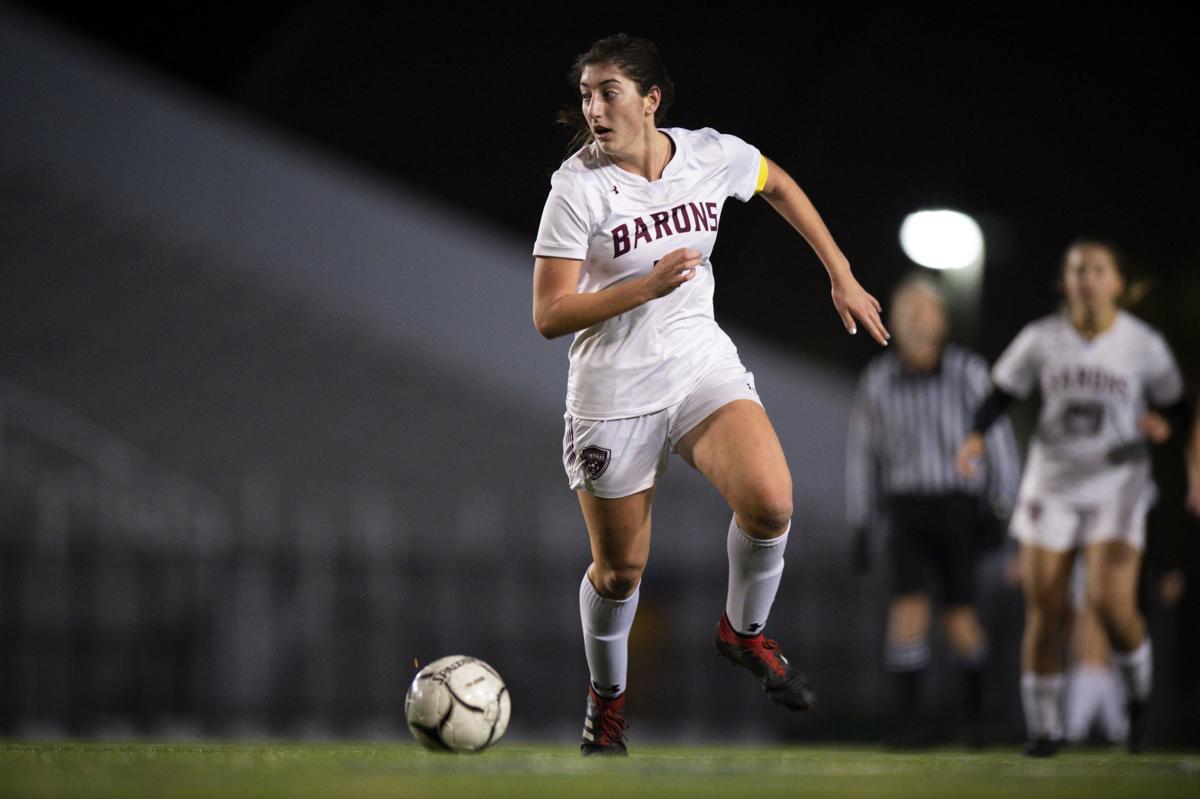 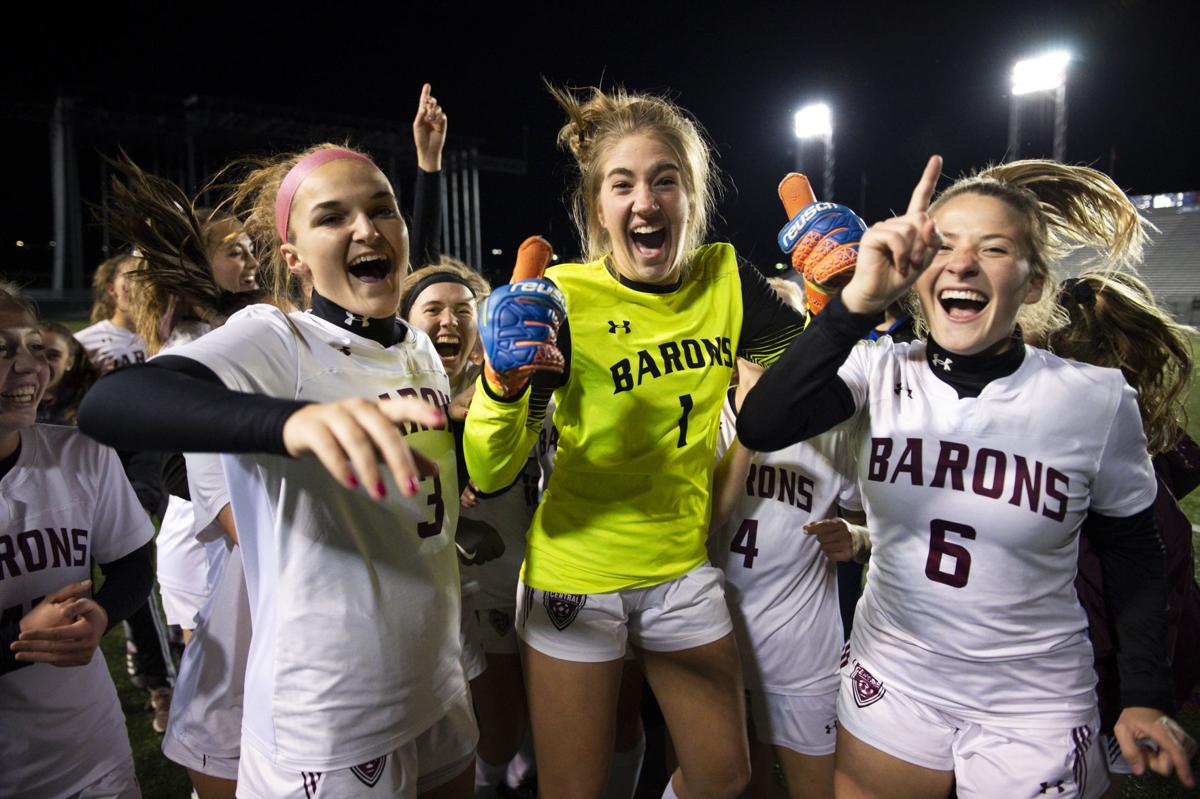 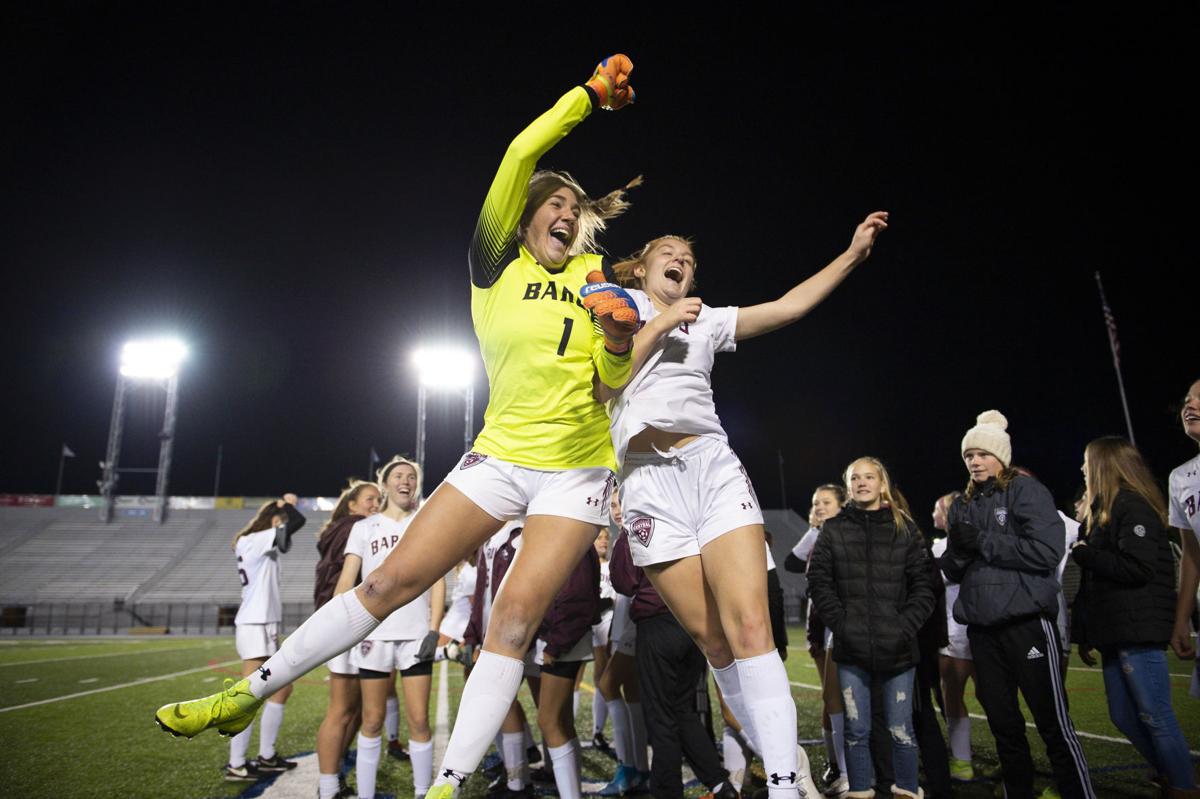 Manheim Central poses for a team photo following their 3-0 victory over Mechanicsburg.

Scoring three times in the span of 15 minutes, the Manheim Central girls soccer team successfully defended its District Three Class 3A title with a 3-0 victory over Mechanicsburg Friday night at Hersheypark Stadium.

The Barons (19-5) will open play in the state tournament Tuesday night, hosting the WPIAL runner-up at a site and time to be determined.

Makenna Copley scored the first goal of the trio and assisted on the other two as the Barons nailed down their third championship in four years.

Copley has been there for all of them.

“Three for three,” she said, laughing when asked if she was going to lord that over older sister Cash, who was a runner-up on Manheim Township’s 2016 team.

In a match that ebbed and flowed, both teams had moments of dominating play.

Yet neither could crack the other’s defense and, while the Wildcats (18-4) held a 5-1 edge in shots on goal and 13-10 in chances, the match went into halftime scoreless.

“We definitely were a second half team tonight,” said keeper Mia Reed, who recorded her 11th shutout of the season.

The Wildcats came out with heavy pressure at the start of the second half. Pressure the Barons were able to withstand.

Senior forward Isabella Wendler went off after aggravating a tender ankle in the 55th minute, then returned four minutes later.

It seemed to ignite the Barons.

Shortly after that, junior midfielder Tylee Stauffer played aggressively down the right side, taking a 50/50 ball away from Elena Hinkson.

“I just kind of tucked up on her back, got the ball and went outside,” Stauffer said.

She made a deep run down into the right corner, then played a diagonal ball back to Copley.

“Chick (Copley) made an awesome goal.”

“I thought I was crossing it in,” said Copley, who loaded up just outside the 6-yard box. “It went in the net and I was really shocked.”

Eight minutes later, she took a short corner service from Wendler and touched it back to Wendler.

Wendler’s highlight-reel shot from 10 yards on the left wing sailed into the upper left corner, just between the joint of the post and the crossbar.

“I saw Chick waiting, I played it over to her and we both knew what was going to happen,” Wendler said.

Six minutes after that, Copley won a ball and carried right up the middle of the field for 25 yards before crossing to Hannah Adair on the left wing.

If Wendler’s goal was impressive, Adair went one better, threading her shot between the left post and the keeper.

“Honestly, I don’t really know how it went in,” said Adair, who had the only goal in the Barons’ 1-0 2018 title game victory over these same Wildcats.

“She was close to the post. I shot it, and it ended up in the back of the net. Which is where you want it.”

And the Barons are where they want to be, back on top.