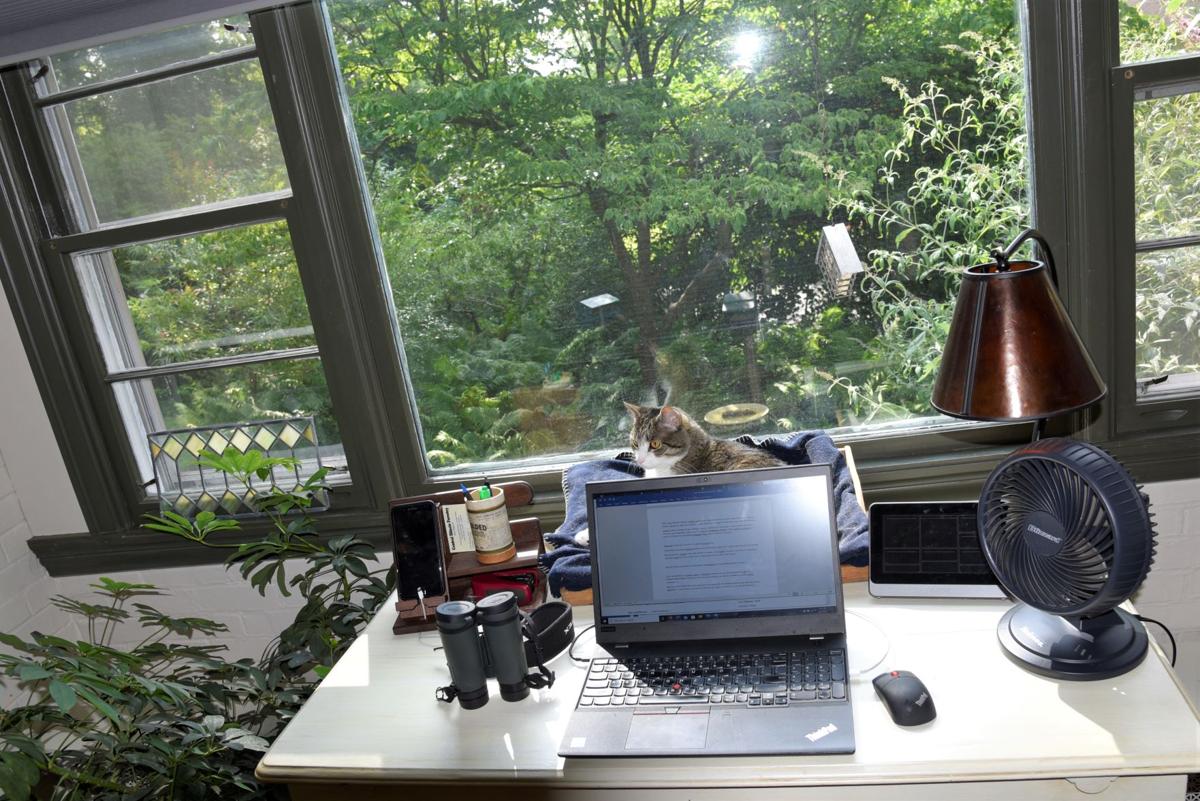 The office in Lancaster Township that has opened a window to the outdoors world. 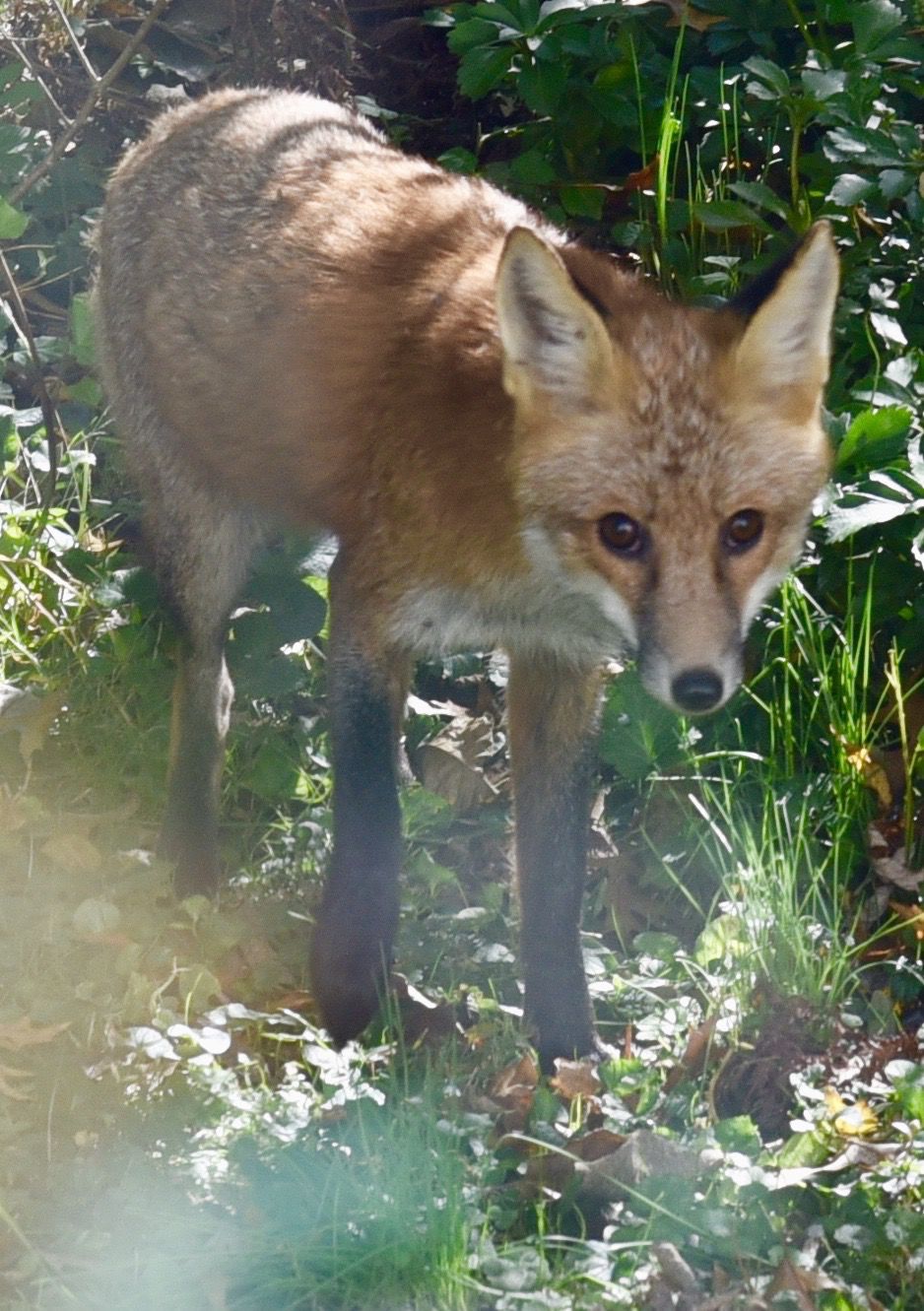 A red fox wanders by. 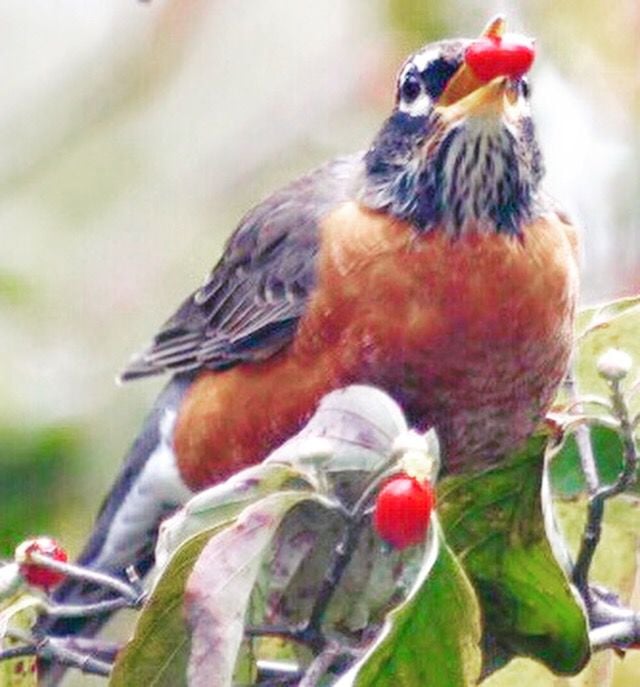 A robin devours fruit from a dogwood tree. 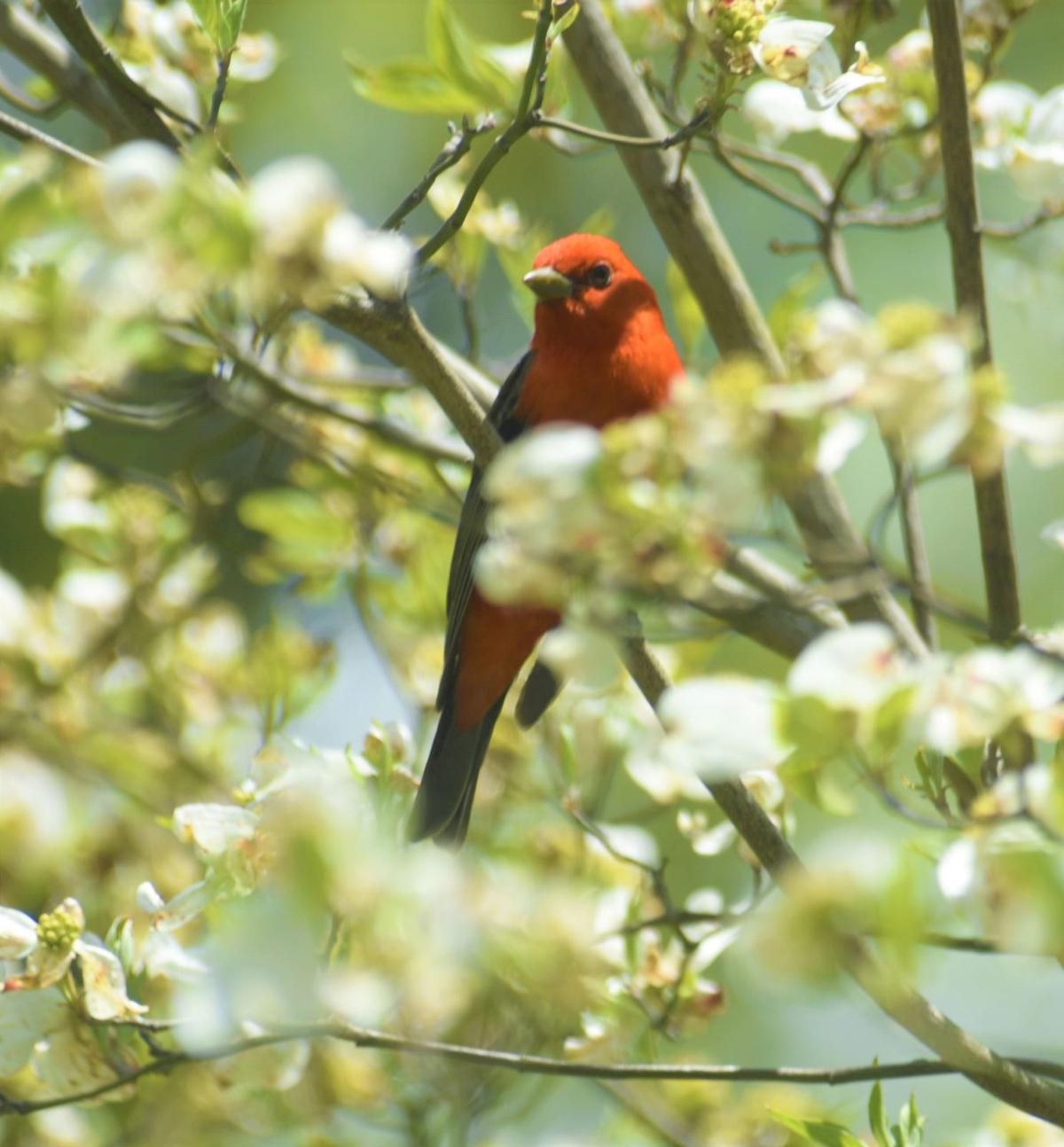 A male scarlet tanager eats blossoms from a dogwood tree.

The office in Lancaster Township that has opened a window to the outdoors world.

A red fox wanders by.

A robin devours fruit from a dogwood tree.

A male scarlet tanager eats blossoms from a dogwood tree.

Since I’ve been working from home for more than a year, a majority of my daytime has been spent looking out a 4-foot-by-8-foot window. You may find that a boring way to let the days tick by, but as an amateur naturalist, it’s been amazing what I’ve seen and learned from idle observation.

Through sheer amount of time and paying attention, I have seen eagles, foxes, skunks, groundhogs, deer, countless birds and a parade of stealthy feral cats parade by, none the wiser they are being scrutinized by a, gasp, human. I have seen animal behavior I never knew existed.

Fortunately, I am no longer an hourly employee of LNP so I can freely confess to how much of my time is spent staring out a window.

My study looks out on a panoply of trees, shrubs, flowers and ferns. Front and center are three bird feeders, a bird bath and a wire suet cake that dangles not even a foot in front of my face.

In the fall and winter, the feeders attract a constant stream of hungry birds. But in the summer of plenty, when natural seeds are everywhere, the birdbath has become the magnet. Birds splash their feathers in a spray of water, looking silly and scaring themselves at all the motion. Squirrels lap timidly. Cats make the leap onto the birdbath, nearly tipping it over. I sometimes have to refill the bath twice a day.

The cat, from a windowsill platform on the other side of my laptop, used to alert me to interesting interlopers outside. But now it has grown bored of watching birds out of reach and barely twitches its tail, instead napping in the sun, sometimes snoring. On occasion, the sight of the curled ball of fur rising and falling lulls me into a nap as well. Cats should not be allowed in workplaces.

Over time, a lot of critters have come to judge my cat and me as relatively harmless when behind a glass barrier. Thus, a family of groundhogs grazes without alarm in the yard below. In the late fall, I watched one of the adults stuff its mouth with leaves like a chipmunk and feather its den below the willow tree. One cold morning, it disappeared and didn’t reappear until April with a pair of young ’uns.

The woodchucks scavenge birdseed side by side with squirrels under the birdfeeders. The squirrel population continues to be trimmed by our resident pair of Cooper’s hawks. Gone now is half-tail, a squirrel with its tail bitten off in a near-miss with probably a hawk, fox or eagle.

With numerous trial-and-error attempts, two squirrels so far have mastered the only way to extract sunflower seed from the supposedly squirrel-proof feeder. There is no such thing. The rodents know to creep onto the side of the feeder, secure their rear feet on the roof and reach around for a seed without putting pressure on the bar that snaps a cover over the seed.

Climbers should leave no trace (letter)

Occasionally, a skunk will waddle by. No one interferes.

One morning, I watched a feral cat creep up on a squirrel on the ground. No way, I thought, right before the cat pounced on the squirrel and ran off with it. Now, I bang on the window.

One day, a cat chased a squirrel up the dogwood tree. Amazingly, the cat was just as agile as the squirrel, leaping from branch to branch. The squirrel only escaped with a desperate leap onto another tree. The cat climbed down in disgust.

Recent weeks have been a time of baby play. Juvenile chickadees and wrens buzz around, their wings constantly flapping, on a tight leash with their parents. One young black-capped chickadee made an imperfect approach to the suet holder, crashing into the roof.

I watched in wonder as an adult male cardinal, time and again, carried a sunflower seed from a feeder to its perched juvenile, feeding the seed into the open beak.

For a few glorious days in May, the dogwood tree was filled with a trio of scarlet tanagers and migrating warblers. A birdwatching friend informed me they love the blossoms of dogwoods.

Wrens and blue jays are the loudmouths of the birdfeeders. Catbirds are the most versatile callers and wood thrushes, with their flute-like calls, the most musical.

One of the pinnacles of my window staring has been catching sight of an adult red fox trotting right under the window one morning, returning from its rounds. At night, foxes sometimes pee in the container I leave out with dry catfood, marking it as their own feeding source.

If I turn in my seat just right, I can see through layers of trees to a corner of a bald eagle nest. I have seen them perched there, ripping off meat from a carcass and leaning over to deliver it to a pair of clamoring eaglets. They have quite the range of vocalizations, I have learned. The high-pitched sound of a siren always sets them off.

My decision to welcome all wildlife comes at a price. Groundhogs will certainly eat my tomatoes. Deer are already mowing our hostas to the ground, feral cats are catching bird species already in sharp decline.

For now, though, I’m willing to live and let live for my free inspiration.