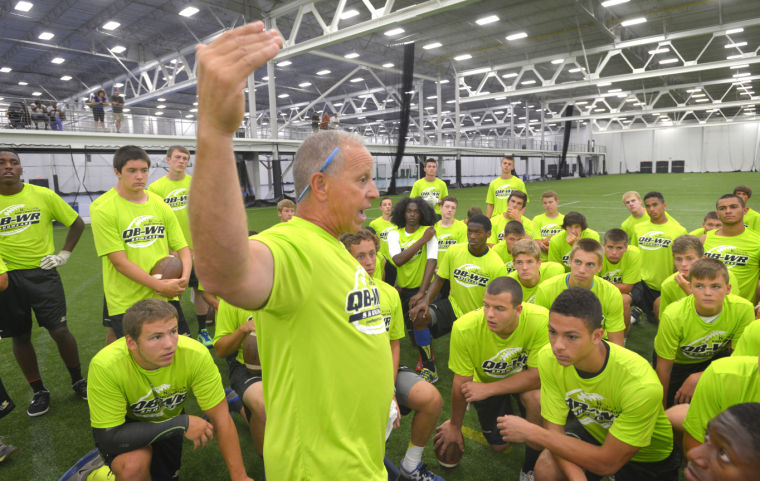 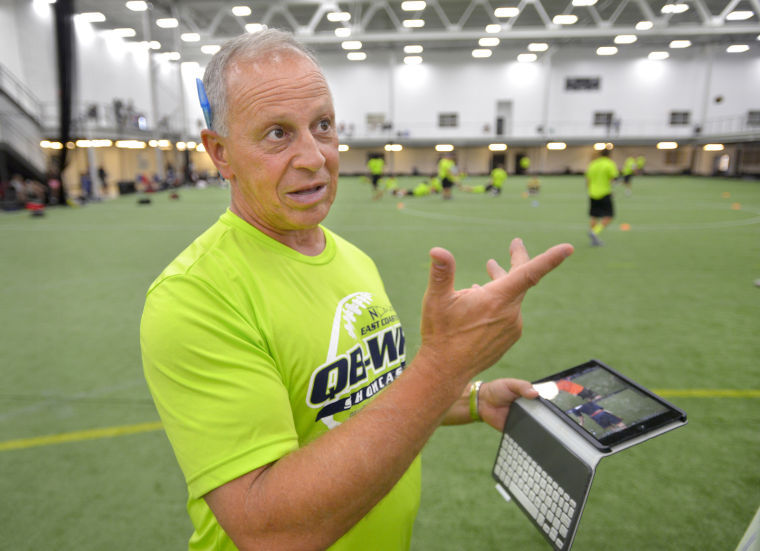 Jim Cantafio uses an app and video to analyze athletes. 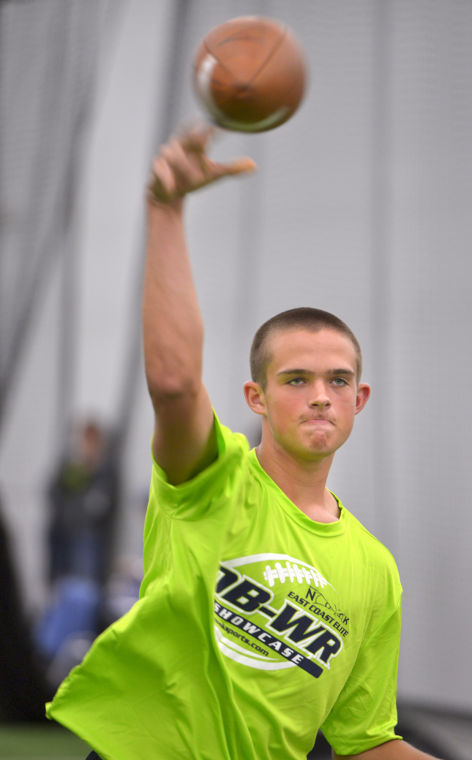 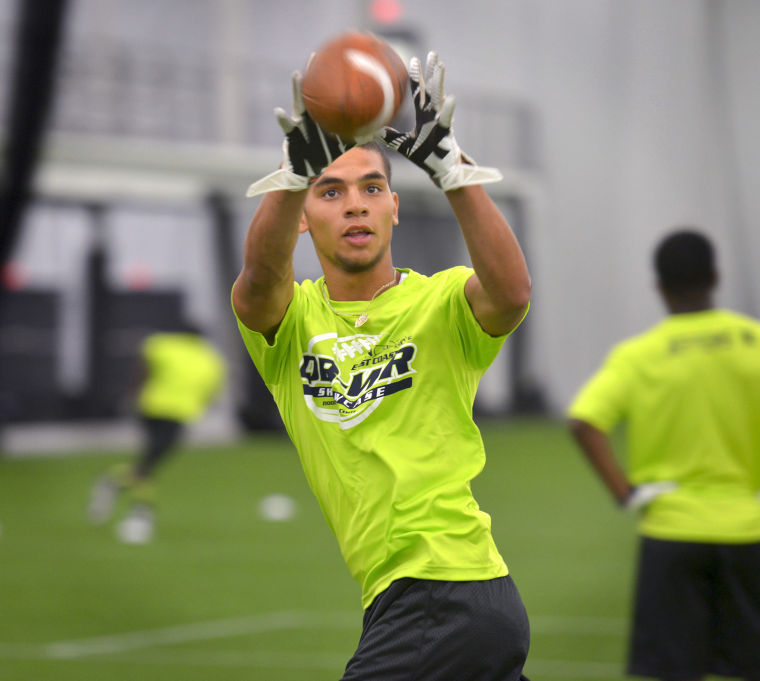 Jim Cantafio uses an app and video to analyze athletes.

Jim Cantafio looks at the rapid progression of modern QBs and says the reasons are as easy to spot as a wide-open receiver on a fly route.

“(High school QBs) are working hard, coming in in the morning at 6 and 6:30,” Lancaster Catholic’s new offensive coordinator said, “and high school coaches are putting in the time and effort.”

Hard work and dedication from players and coaches alike was in evidence Wednesday at Spooky Nook, site of Cantafio’s SVS Elite Showcase Camp. The one-day event was by invitation only, quarterbacks and receivers invited back from the 25 camps Cantafio has held since Christmas week 2013.

Stoltzfus, a sophomore, said he’s attended five camps this year and will be at another one this Saturday. He’s been a member of Cantafio’s SVS camps, he said, since 7th grade.

“They’ve definitely helped me with fundamentals and throwing the ball better,” said Stoltzfus, who will help lead CV’s football program into a new era as the Bucks bump up from Section Two to Section One in the Lancaster-Lebanon League.

Stoltzfus credits his position coach at CV, Andy Hower, for speeding his progress, along with tips he’s picked up through the years from older campers like Lebanon’s Mark Pyle and Cedar Cliff’s Andrew Ford, both of whom earned all-star status in their respective leagues prior to graduating last spring.

“I watched (Pyles and Ford) and learned about throwing on the run and getting weight on each throw,” Stoltzfus said. He said he’s hoping to intensify his training the next couple of years through private lessons at SVS.

Negron, a key receiver in the Cedars’ vaunted Air Raid offense, estimates he’s been to “three or four” camps this year, and was at two the year before. Along with the extra reps and coaching instruction, Negron said one of the things he likes most about the camps is “getting to meet new people,” as well as reacquaint with faces familiar from Friday night football.

He praised former teammates and football campers Pyle and Jeremy De La Cruz for their help in improving his play, and also SVS’s director.

Cantafio said that’s what his camps are all about.

“Some people worry that I’m trying to recruit kids,” he said. “All I’m trying to do is help them. I personally don’t care which school they’re from. If I can help them I will.”

He’s worked with a number of L-L players over the years, Cantafio said, including Stoltzfus and fellow signal-callers Collin “Bear” Shank of Lampeter-Strasburg, Mitch Martin of Garden Spot and Penn Manor’s Tanner Erisman.

The longtime QB guru is now aided by Coach’s Eye, a video analysis app that allows him to provide each player in camp with a detailed and immediate stop-and-go visual of that player’s technique. Cantafio provides commentary suggesting ways to improve. He emails the video to each player so they can see and hear what they’re doing right and what needs to be corrected.

Cantafio, who said he got started in the football camp business in 1988 and has taken it to a national level the past 10 years, is looking to keep expanding on what he’s built.

“I want this (camp) to be elite,” he said. “I have a vision of turning this into something big-time so we have all the top players in Pennsylvania here. And I’d like to have a day when we have all of the best players in the L-L League compete.

“We’ll get there. It just takes time.”

Ed Gruver is a Lancaster Newspapers sports writer. He can be reached ategruver@lnpnews.comÂ or (717) 291-2315. You can also followÂ @EdGruverÂ on Twitter.

Jim Cantafio is far from done with football. With coaching, though, he's had enough

Jim Cantafio still loves football. Loves it too much, possibly.