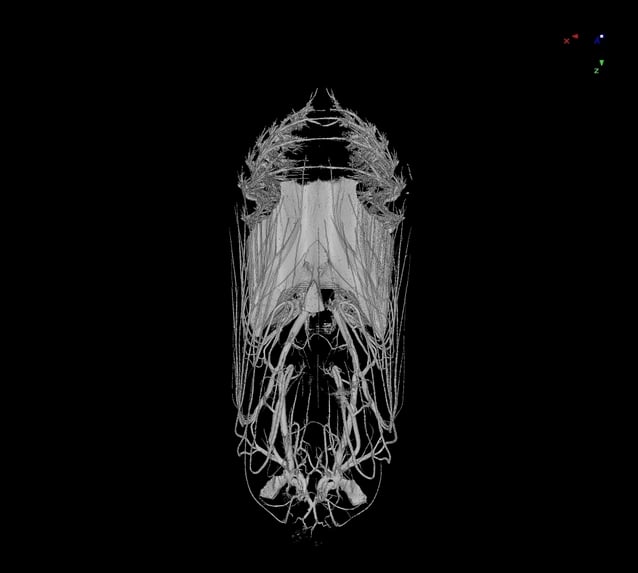 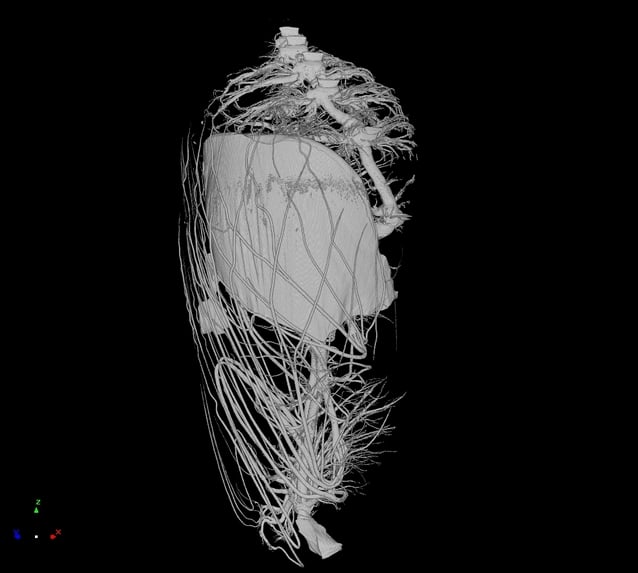 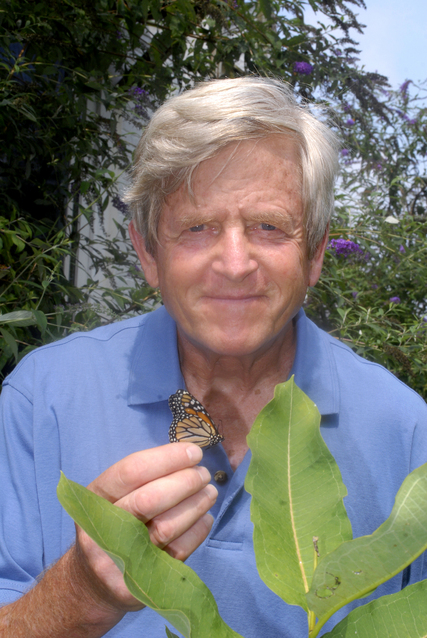 Richard Singer has helped unravel the mystery of the metamorphosis of the monarch butterfly. (Ad Crable / Staff)

Richard Singer has helped unravel the mystery of the metamorphosis of the monarch butterfly. (Ad Crable / Staff)

Like doubtless many others through time, Richard Stringer was watching a beautiful monarch butterfly emerge from its chrysalis and wondered about the miracle of it all.

But unlike all the others, the East Lampeter Township biologist decided to find a way to look inside.

His pioneering of various types of X-rays, MRIs and X-ray microtomography to peer inside a chrysalis has helped solve one of nature's greatest mysteries.

His images that peer inside a Monarch chrysalis - not the same thing as a cocoon - for example, dispelled the long-held notion that when a monarch caterpillar forms its pupa, everything turns into a kind of soup inside and a butterfly reforms from the goop.

Stringer's scans showed that some of the butterfly organs have already formed by the time the caterpillar has completed the chrysalis.

The Strasburg Pike resident's knowledge and revelatory images have been featured in several acclaimed documentaries in recent years.

And now, "Flight of the Butterflies 3D," a new IMAX feature film to be released in the United States in October, includes Stringer's groundbreaking work.

The film, by SK Films, the same crew who did the popular "Bugs 3D!" IMAX film, re-creates the 40-year quest by a Canadian scientist to find where all of North America's monarch butterflies migrate to each year. To see the trailer, go to www.flightofthebutterflies.com.

In 1975, Fred Urquhart found the place in the Sierra Madre Occidental Mountains in Mexico.

The National Science Foundation awarded the filmmakers a $3 million grant.

"It's really beautiful," says Stringer of the film. "Because of the 3D aspect, it looks like butterflies are floating before your eyes and you can reach out and touch them."

Stringer was flown to Toronto by SK Films to consult on the film. He's working to see that the film makes it to IMAX theaters in Lancaster, Reading and Harrisburg.

It's been an amazing journey for the 72-year-old Stringer, who currently teaches biology and environmental science at Harrisburg Area Community College's Lancaster campus.

Stringer, who has a doctorate in environmental health, also has worked for the U.S. Environmental Protection Agency, as a biologist working on siting nuclear power plants and water-quality studies in Egypt, and as an environmental director for a Japanese battery manufacturer.

The journey began with Stringer getting an obstetrician friend from Reading to do an ultrasound on a monarch chrysalis. But the images did not show much detail.

Next he tried a mammography X-ray, but it, too, was less than revealing.

Then, in the late 1990s, Stringer happened to be looking at a textbook on the human anatomy that used magnetic resonance imaging to look inside the human body.

Energized, Stringer called up the Center for In Vivo Microscopy at Duke University that had done the MRI work. Could not the MRI equipment be used to scan a butterfly chrysalis for the 10 or so days it takes for metamorphosis? he asked.

Let's give it a whirl, he was told.

Stringer dispatched a notice to butterfly enthusiasts and groups, pleading for money to underwrite the experiment.

A man in Washington state who had founded the International Federation of Butterfly Enthusiasts, pledged $30,000.

It did not go well at first. On his way to Durham, N.C., in the summer of 1998, he stopped at a gas station and someone jumped into his car, driving away with the monarch chrysalids, his computer and research notes.

Fortunately, Stringer located a butterfly enthusiast on the Internet who supplied live chrysalids.

The day-by-day MRI scans included up to 200 cross-section shots of three chrysalids from different angles. The scans were transferred to a computer and converted into images.

For the first time, the delicate yet dramatic changes going on inside a chrysalis were revealed.

Wing development was major, of course, but everyone was blown away to see that the butterfly's brain was visible from day one. Even before the caterpillar changes, the cellular structure precursors to different organs were evident.

Flight muscle and reproductive tissue mature during the roughly 10-day metamorphosis. Even though the caterpillar's head disappears, the eye tissue remains to become the butterfly's eyes.

The telltale gold spots on the outside of a chrysalis are ports of entry for oxygen.

Stringer has since expanded his spying into metamorphosis.

He learned about an American scientist, Jonathan Elias of Carlisle, who was using a form of X-rays called computerized axial tomography, commonly called CT scans, to look inside mummies in Egypt.

Stringer persuaded an Allentown company, Micro Photonics Inc., which uses the technology to inspect the quality of paint chips, to do scans of chrysalids.

That work has yielded the best images yet of the hundreds of tracheal tubes inside a chrysalis that bathe each cell of the insect with oxygen as the organs develop.

Incidentally, scanning does not harm the chrysalids.

And he has used nanotechnology to pick up sounds that proved there is a heart at work inside a monarch chrysalis. The heart is actually a tube that extends the length of the butterfly and has six or seven pumps along it to collect, not blood, but waste.

Often, the owners of the various technologies have done the work for free, and Stringer is quick to point out that his probes into the mysteries of the chrysalis are only possible "due to the generosity of curious people."

Besides the upcoming IMAX film, Stringer's work and images may be seen in several sources.

"The Ballet of the Chrysalis" documentary appeared on The Discovery Channel.

It includes an interview with Stringer at his Strasburg Pike home and an exhibit of Stringer's images shown at the time in The North Museum. Butterfly paintings by local artist Judith Johnson also are featured.

"Metamorphosis: The Beauty and Design of Butterflies," is a DVD released last year by Illustra Media. It may be seen on Netflix. The film and a companion book may be ordered online at www.go2rpi.com. To view a clip, go to http://www.youtube.com/watc....

The film begins with Stringer's voice, saying, "As you watch a butterfly, to describe what you are looking at - you can't really put it into words. That's biology, and it's also magic."

The "Metamorphosis" film attracted some controversy because of its underlying "intelligent design" message. The miraculous transformation of butterflies, it says, can originate only from "an intelligence that transcends the natural world."

Asked about this, Stringer says, "I'm not interested in Creationism. I'm interested in the biology of amazing things occurring in nature."

He adds, "I'm a biologist but I think there can be forces that we're not in touch with that make all these incredible things a butterfly can do possible.

"You can call it magic or anything you want."

Stringer has turned much of his backyard along Mill Creek into plantings of host and food plants for monarchs.

Is he finished exploring the world of the monarch butterfly? Hardly.

He'd like to look at eggs and sperm under a microscope. He'd like to experiment with in vitro fertilization.

Butterflies, he says, are endlessly fascinating.

"I've got a lot more ideas to work with. I'll look for new equipment to track the process of metamorphosis in butterflies."

For a listing of outdoors events throughout Lancaster County this week and beyond, click here.