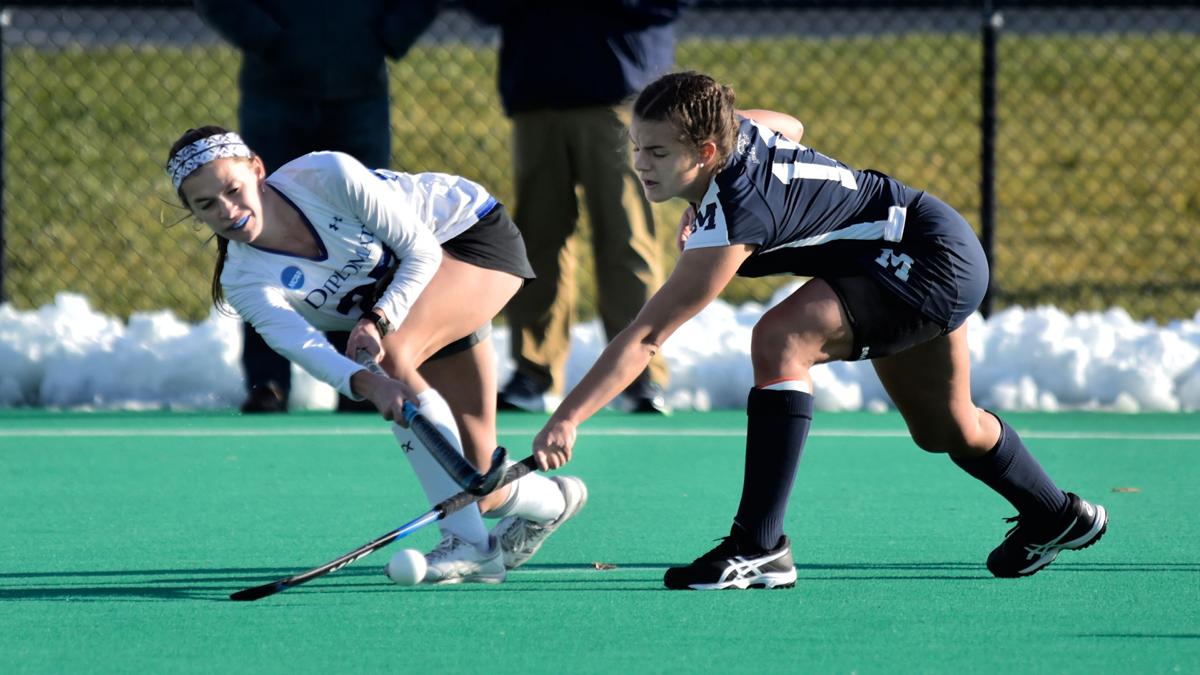 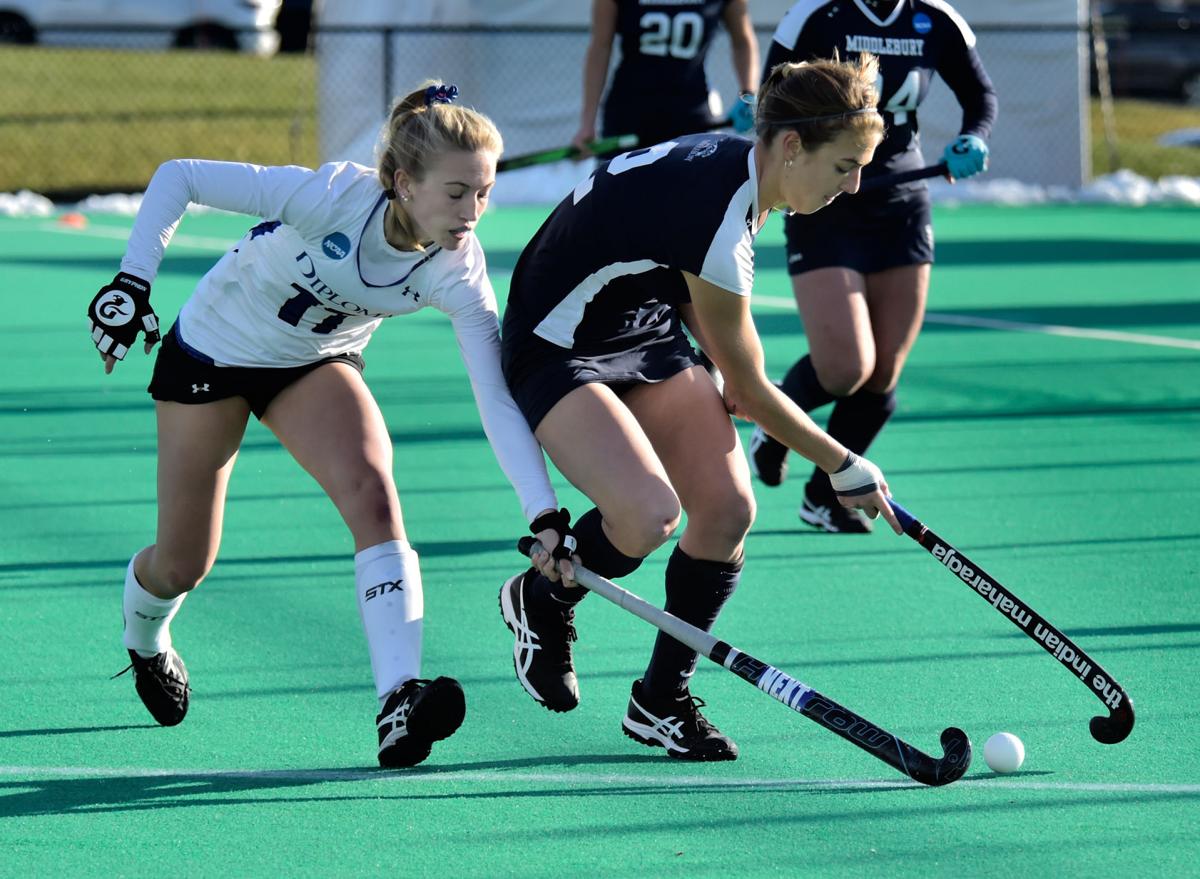 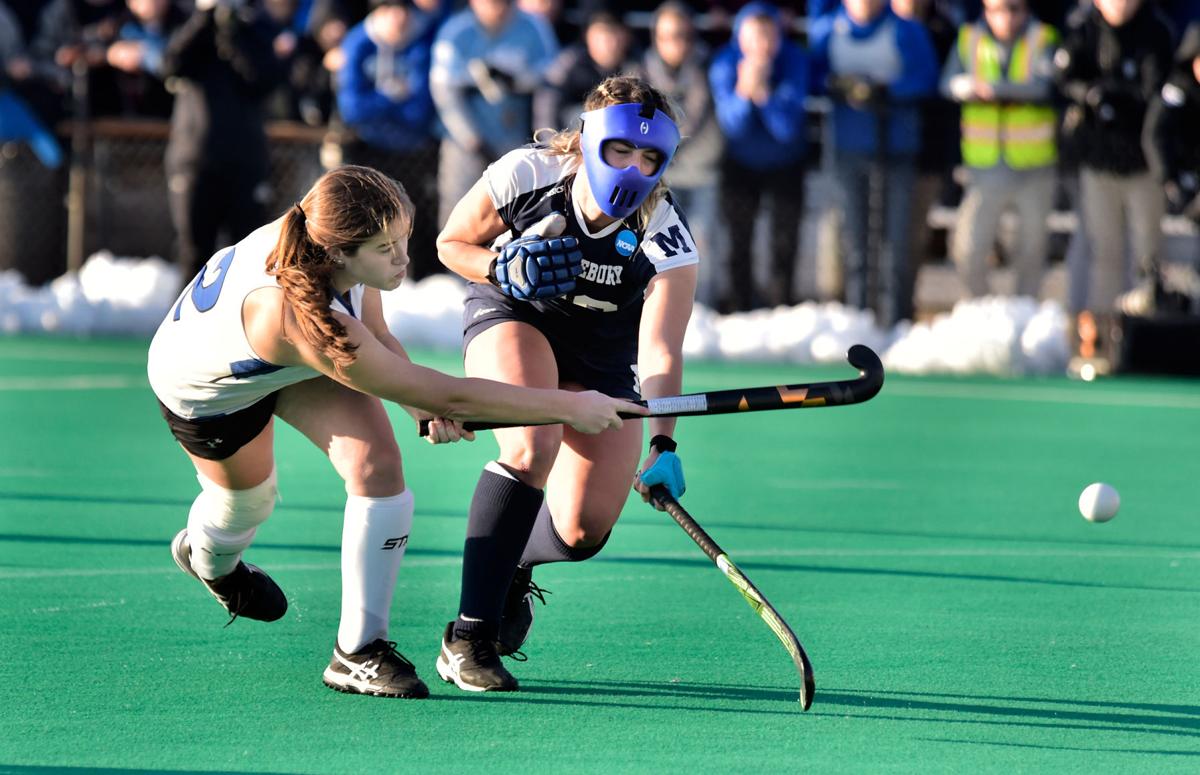 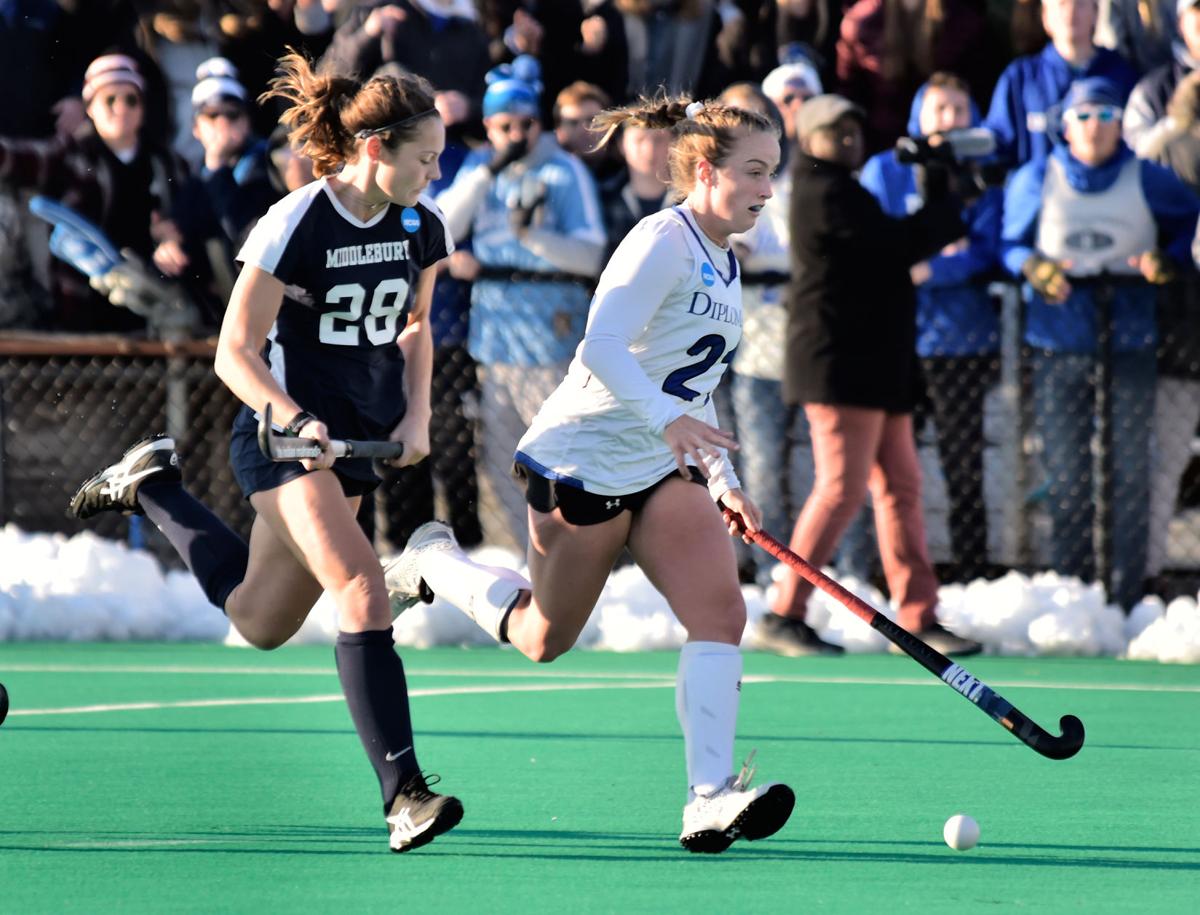 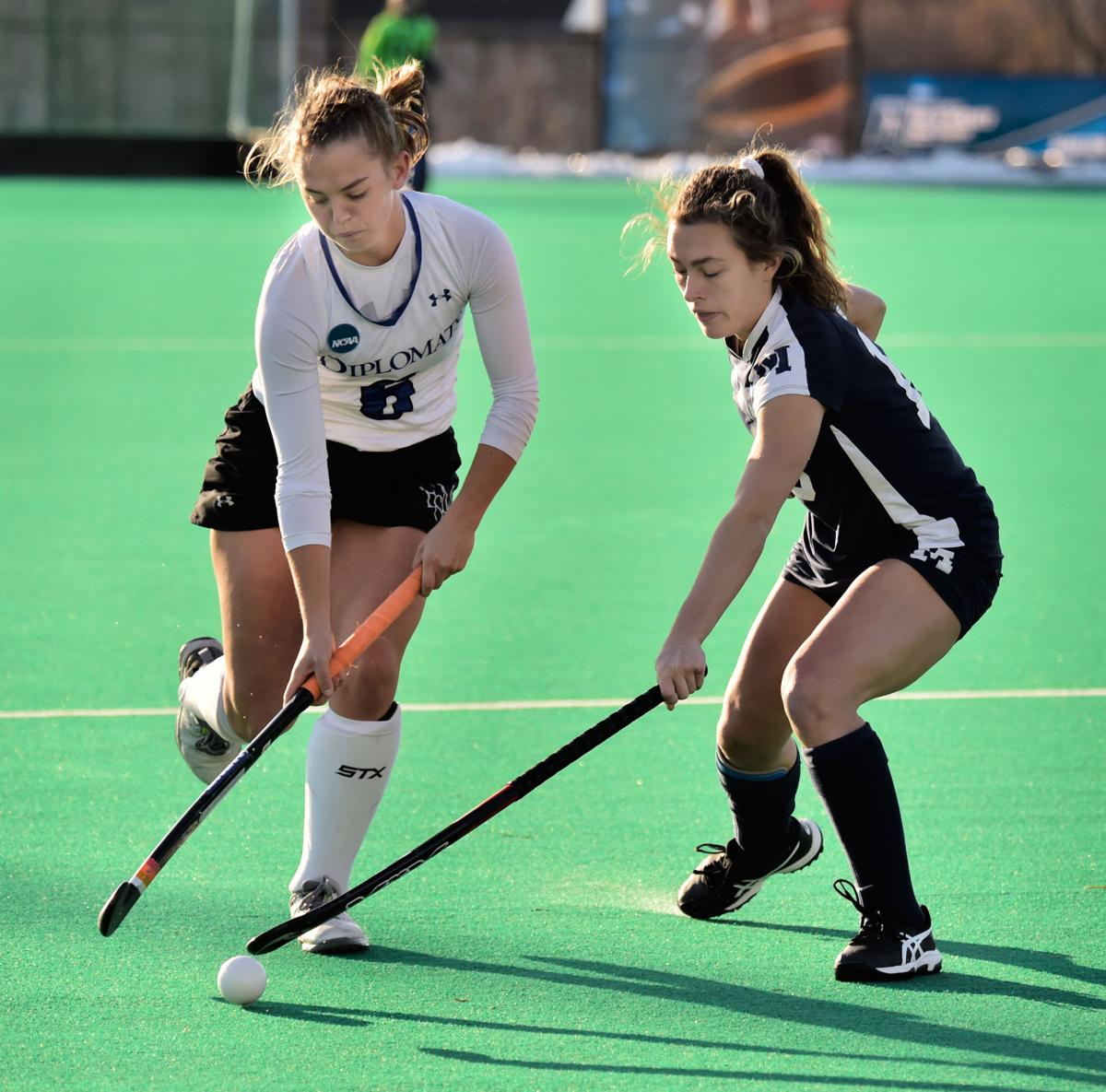 The Franklin & Marshall field hockey team waited 38 years to get back to the NCAA Division III championship. Unfortunately, the Diplomats will have to wait a little longer to claim their first national title.

Middlebury broke up a scoreless game in the final six minutes on a strike from Marissa Baker to edge F&M 1-0 at Spooky Nook Sports complex on Sunday.

For F&M, the game caps off the most successful season in Diplomats’ history, which included a record 20 wins and national runner-up status for the first time since 1981.

“Middlebury’s such a great team, we all knew going in what Middlebury brings to the table,” F&M coach Kaitlyn Eager said. “I thought we did a fantastic job coming in and sticking to our game plan. It was a tough turnaround from yesterday (a 3-1 semifinal win over Johns Hopkins) to today, and two very different teams that we played against, so the way we adjusted was great. We put everything out there, gave all of our effort and I’m just super proud of what we did today.”

Middlebury (21-1) held possession early, but F&M sealed off the cage in a game that proved to be a defensive battle. After both sides traded corners in the first period, including a pair of F&M shots from Erin Coverdale, the Diplomats (20-4) got their closest look in the final seconds before halftime.

Lily Mynott sped toward the cage and slid a through pass to the right post. Darby Klopp tried to capitalize, diving head-first for the deflection, but Middlebury goalie Grace Harlan made the save.

Play remained between the 25-yard lines for most of the third quarter until Erin Nicholas’ reverse was stopped by F&M goalie Christina Seery midway through the period.

Middlebury finally broke through in the 54th minute as Isabel Chandler took off down the left sideline. The junior centered the ball to Baker, who spun away from a defender and fired a low shot. The shot deflected off a defender’s stick and over a stretching Seery into the back of the caga.

The Panthers earned another corner three minutes later, but it almost turned into the equalizer for F&M.

Melissa Gula blocked the initial shot and F&M transitioned to the other end with quick passes downfield before Mynott earned a corner. Coverdale fired from the top of the circle, but her shot was blocked.

F&M continued to pressure in the final two minutes, but Middlebury held off the charge to improve to 10-1 in one-goal games this season.

“F&M was a fantastic opponent,” said Middlebury senior defender Alison Denby. “We went up 1-0, but still had to play lights-out defense – just keep it simple, rely on your fundamentals and know that they're really going to bring it to us, and they did. The fourth quarter was a grind defensively.”