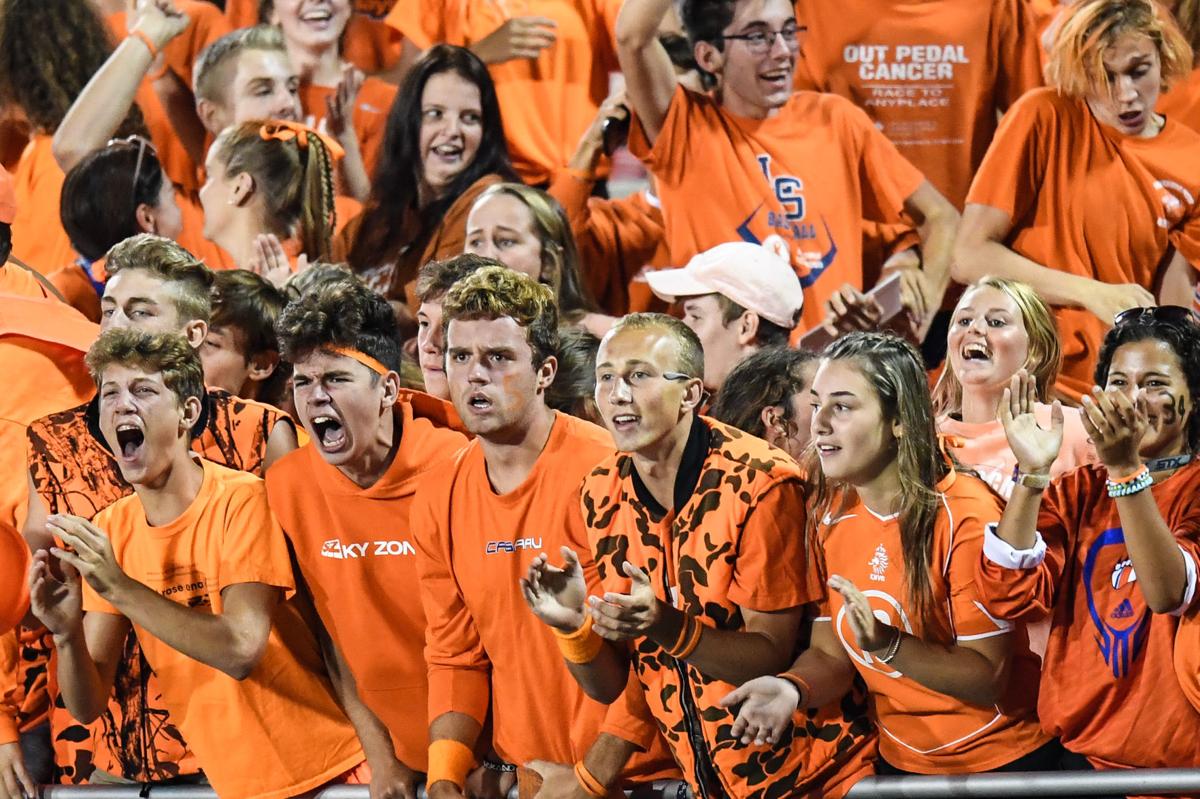 The Lampeter-Strasburg student section clad in orange in support of Ryan Smith cheer their team against Hempfield during week 6 high school football action at Hempfield High School Stadium in Landisville on Friday, September 27, 2019. 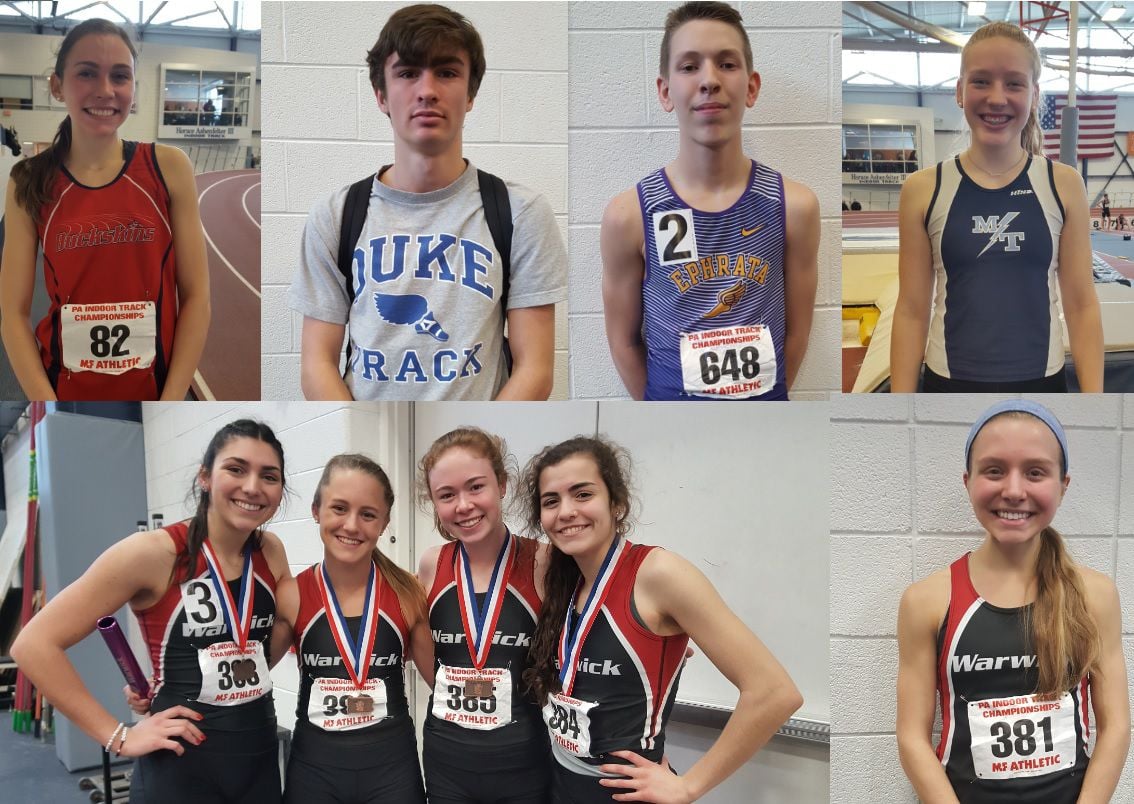 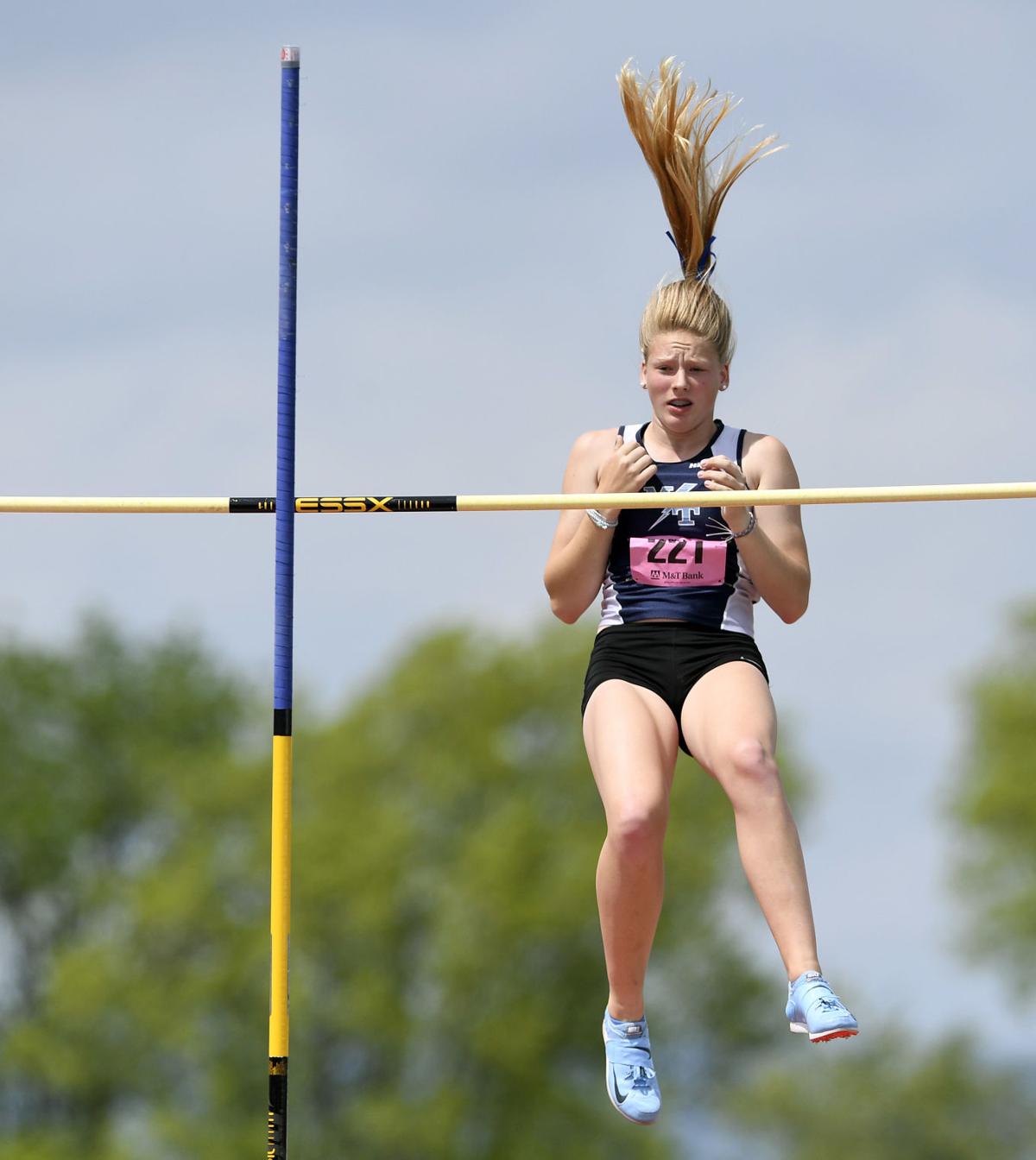 Manheim Twp.'s Sydney Horn, wins the girls 3A pole vault, during the District 3 Track and Field Championships at Shippensburg University Friday May 17, 2019. 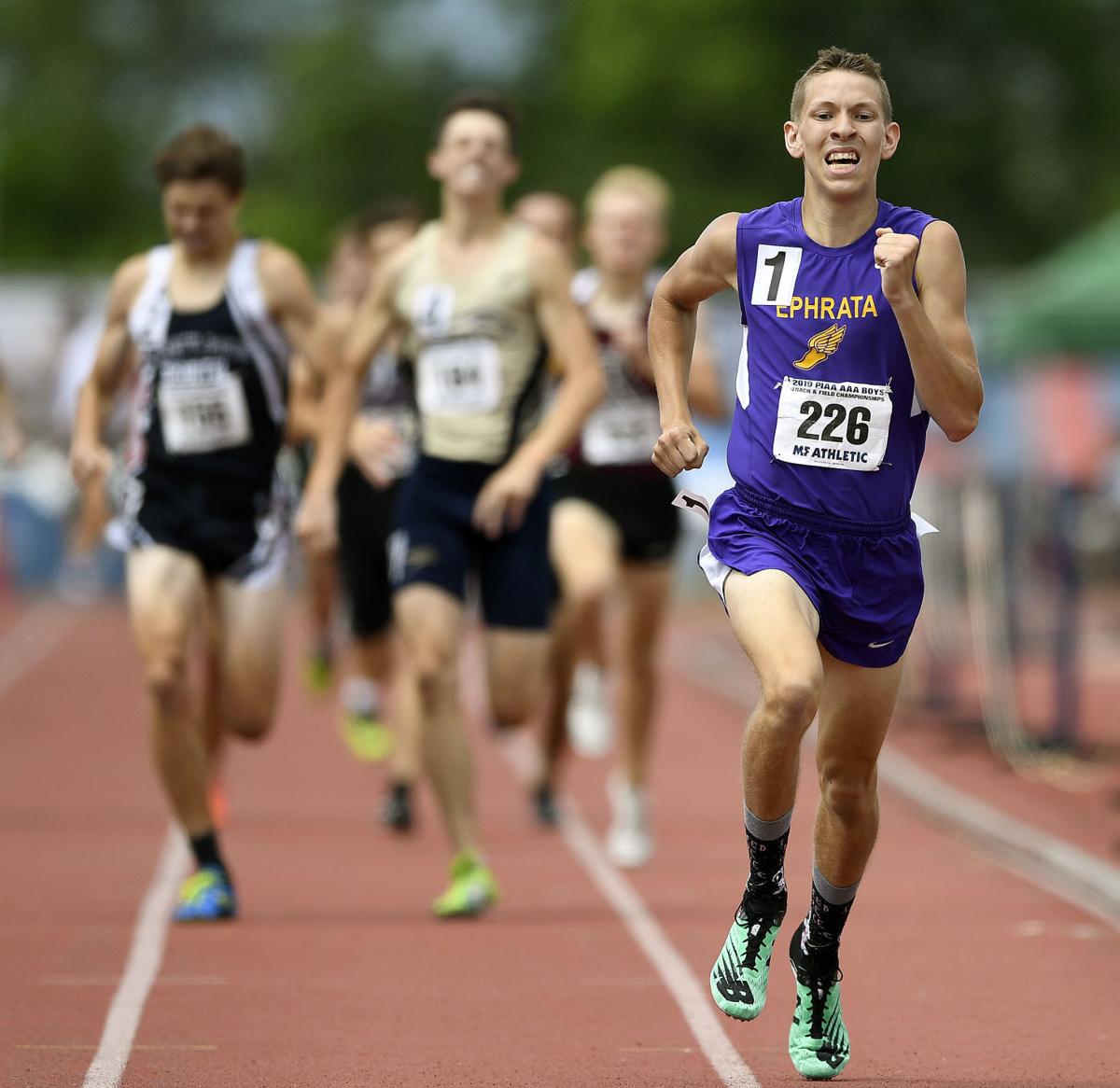 Ephrata's Tyler Shue, blows the field away to win the boys 3A 800 meter run, during day two of the PIAA Track and Field Championships at Shippensburg University Saturday May 25, 2019. 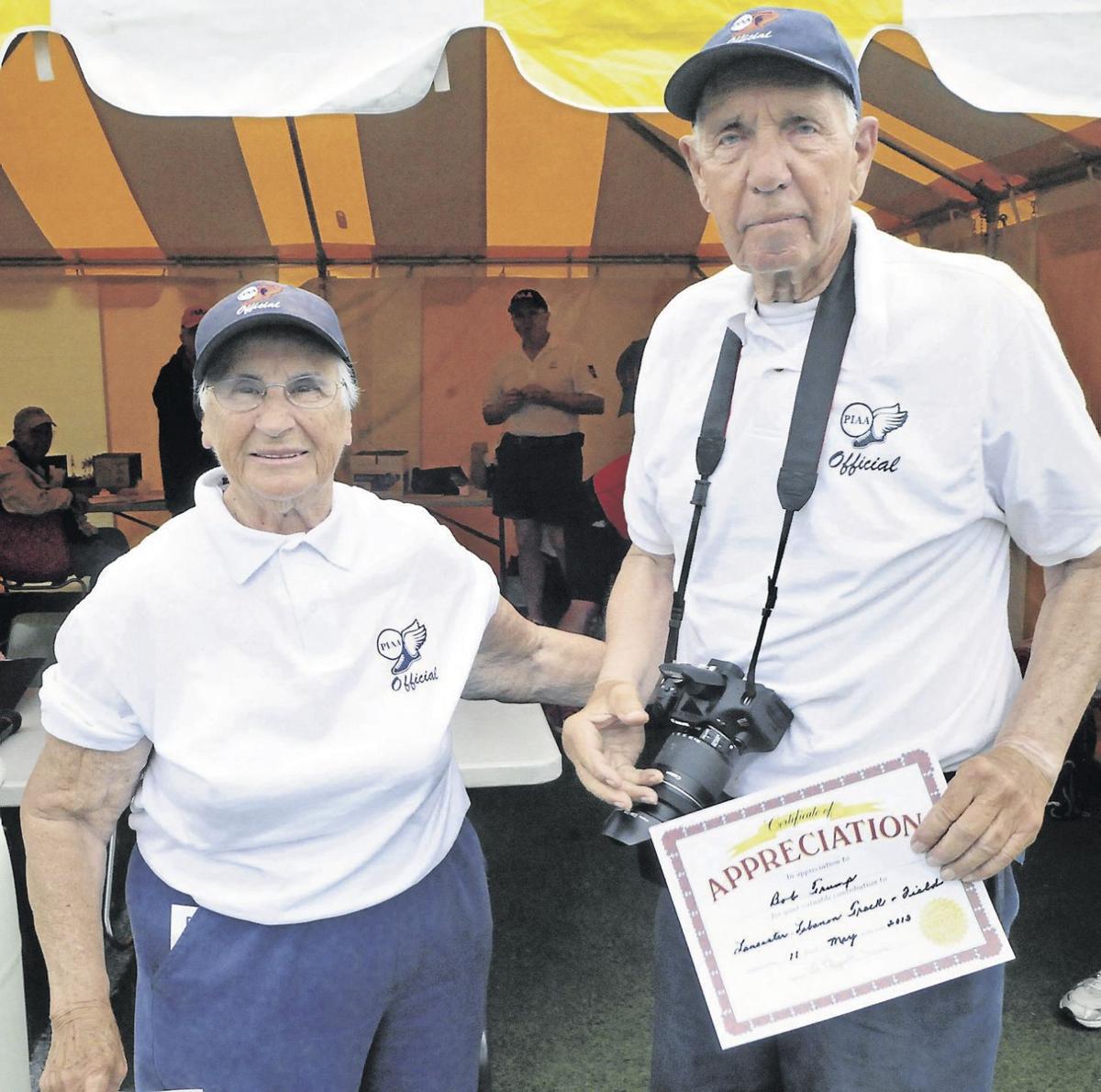 Longtime Lancaster-Lebanon League track and field official, and unofficial photographer for the sport, Bob Trump, pictured with his wife Louise, left, died on Sept. 12 at age 88. 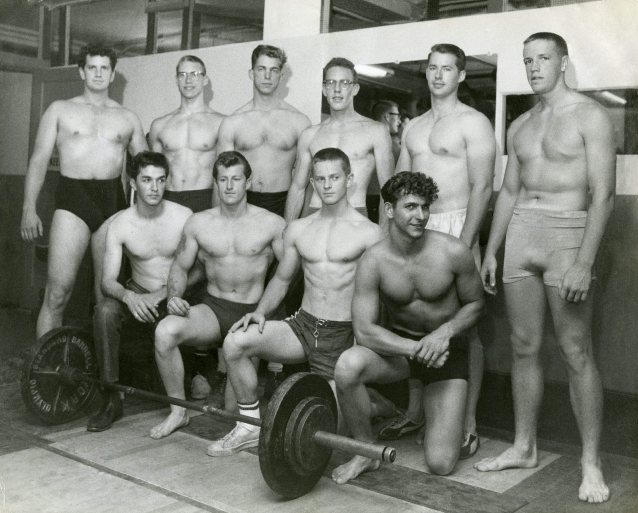 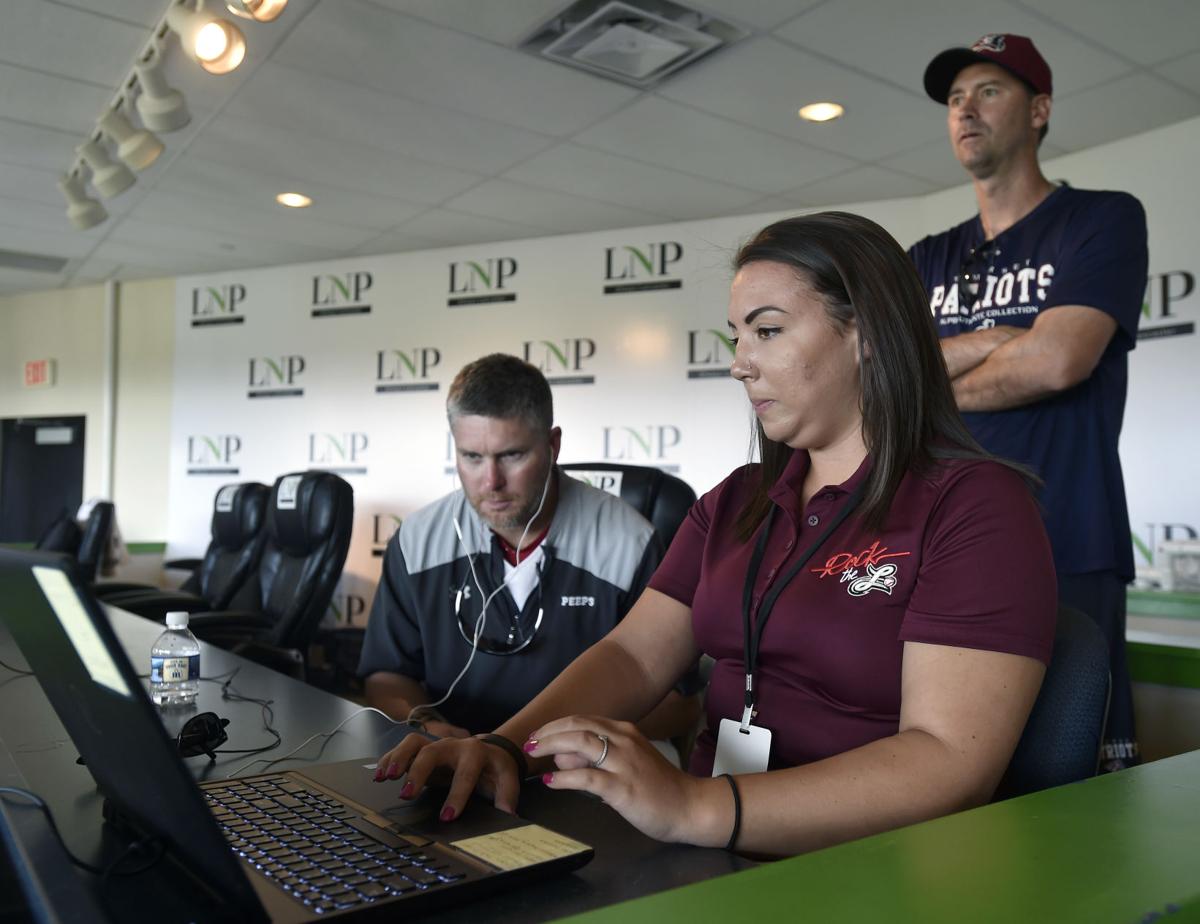 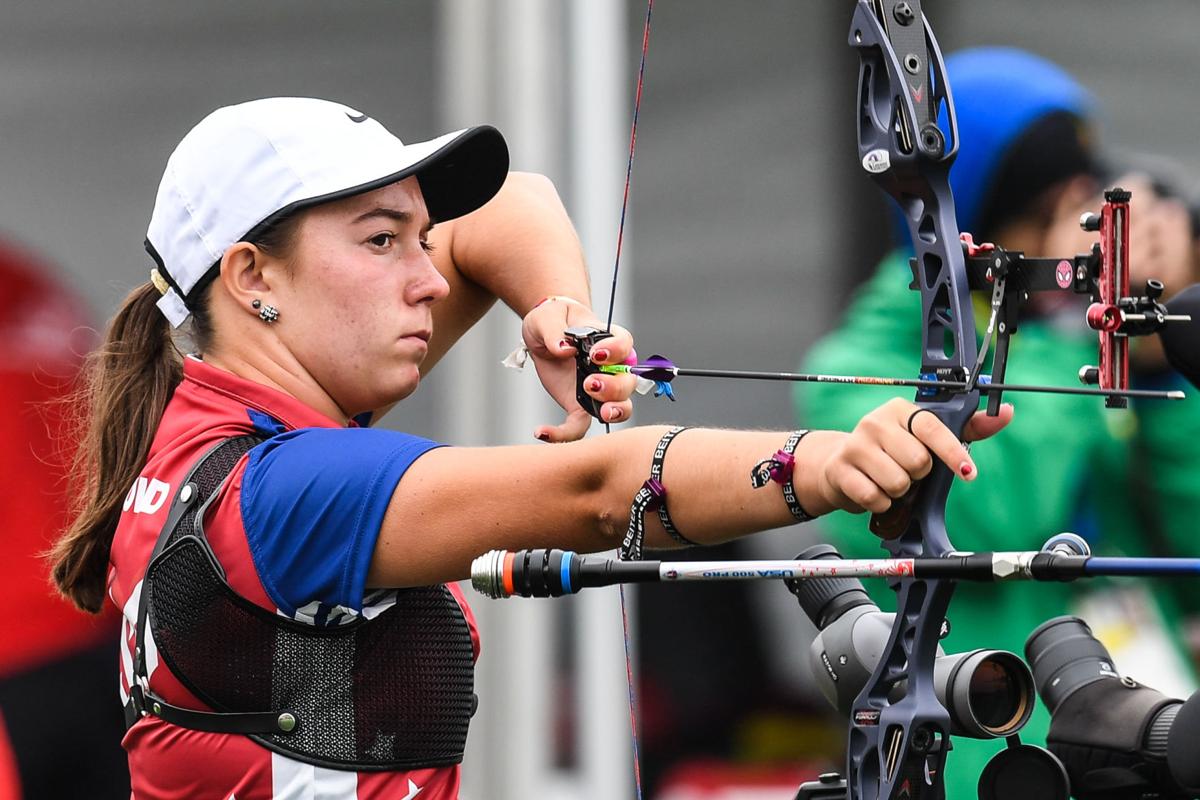 Lancaster's Casey Kaufhold practices during the Pan Am Games at the Villa Maria del Triunfo Sports Center in Lima, Peru on Tuesday, August 6, 2019. 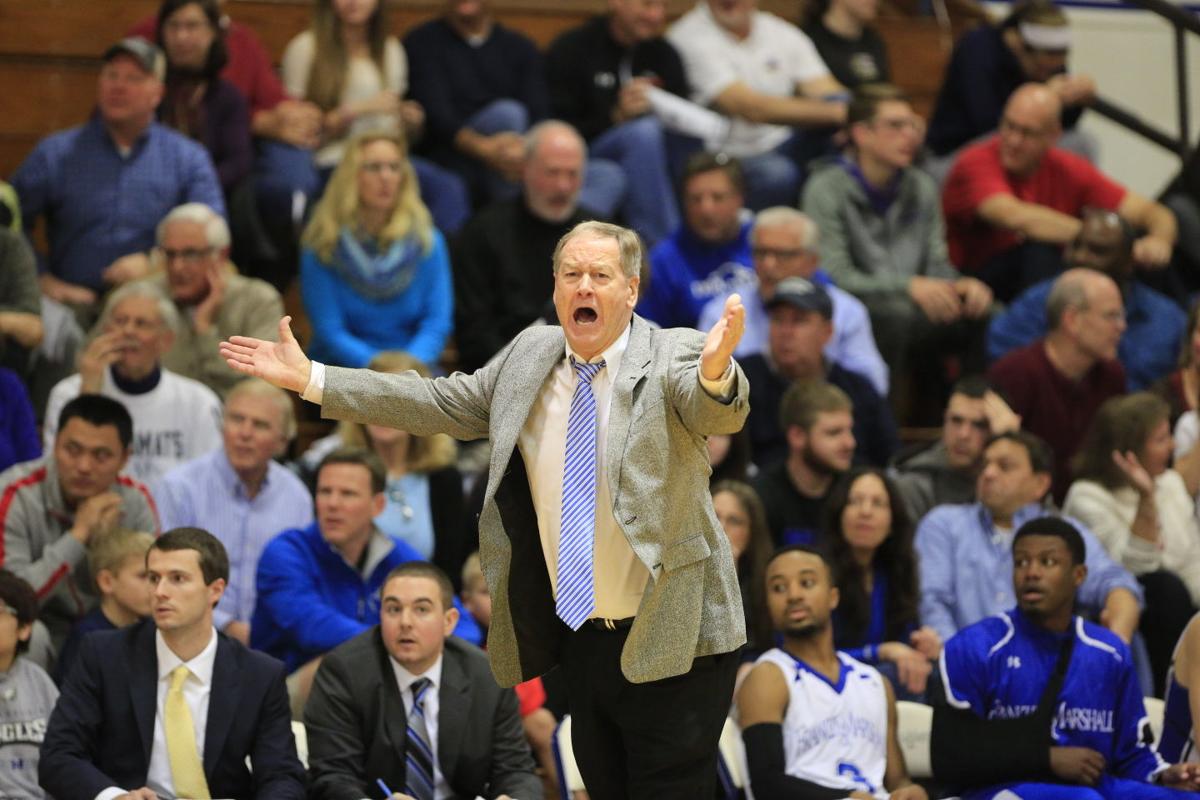 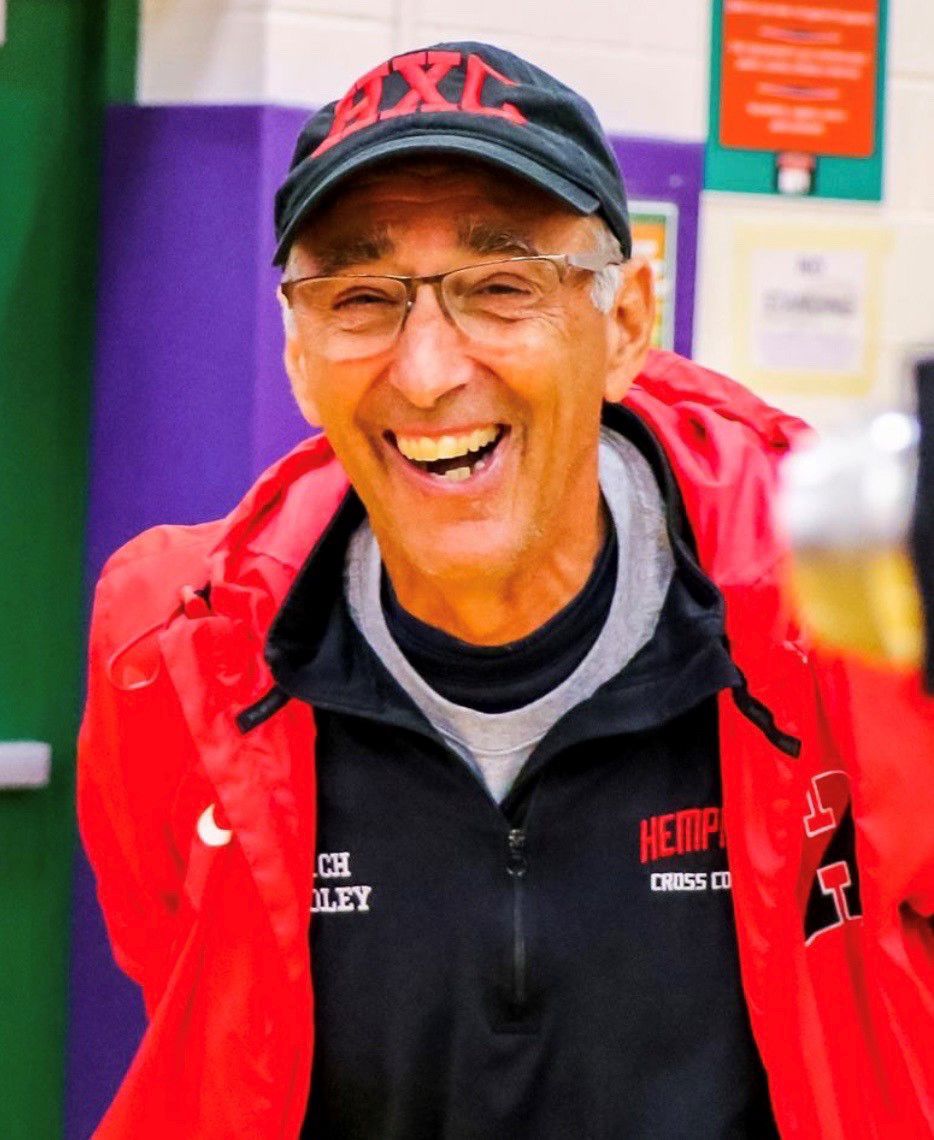 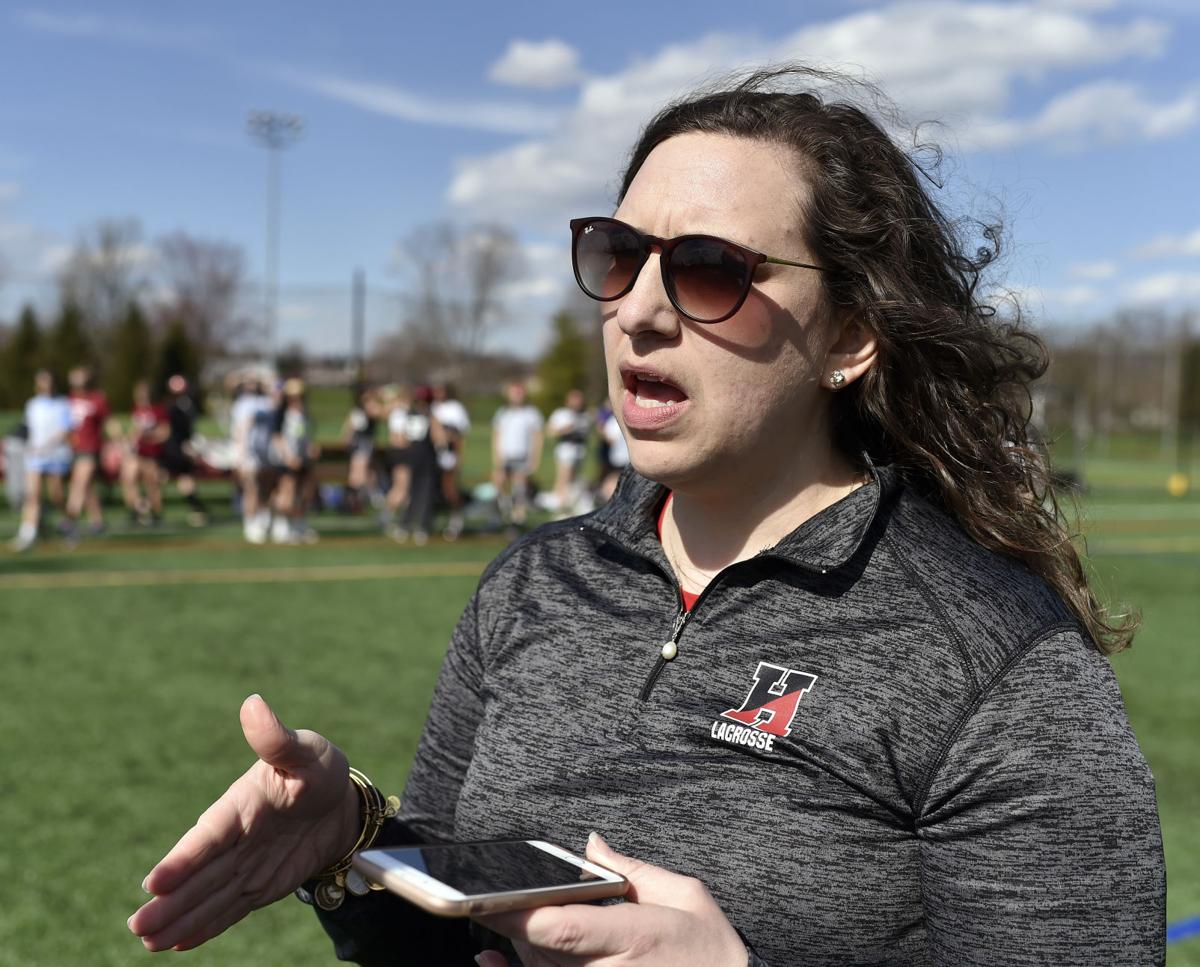 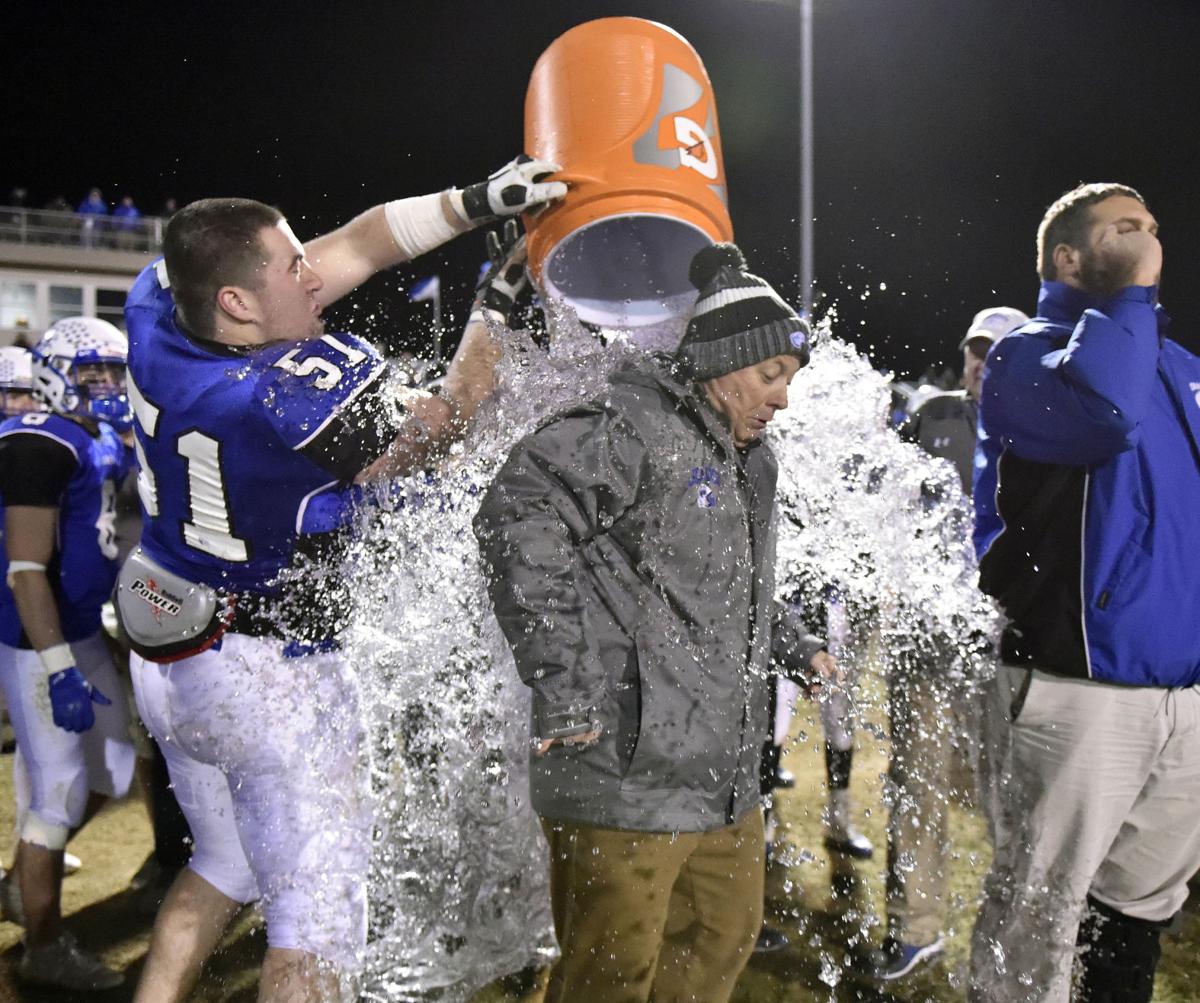 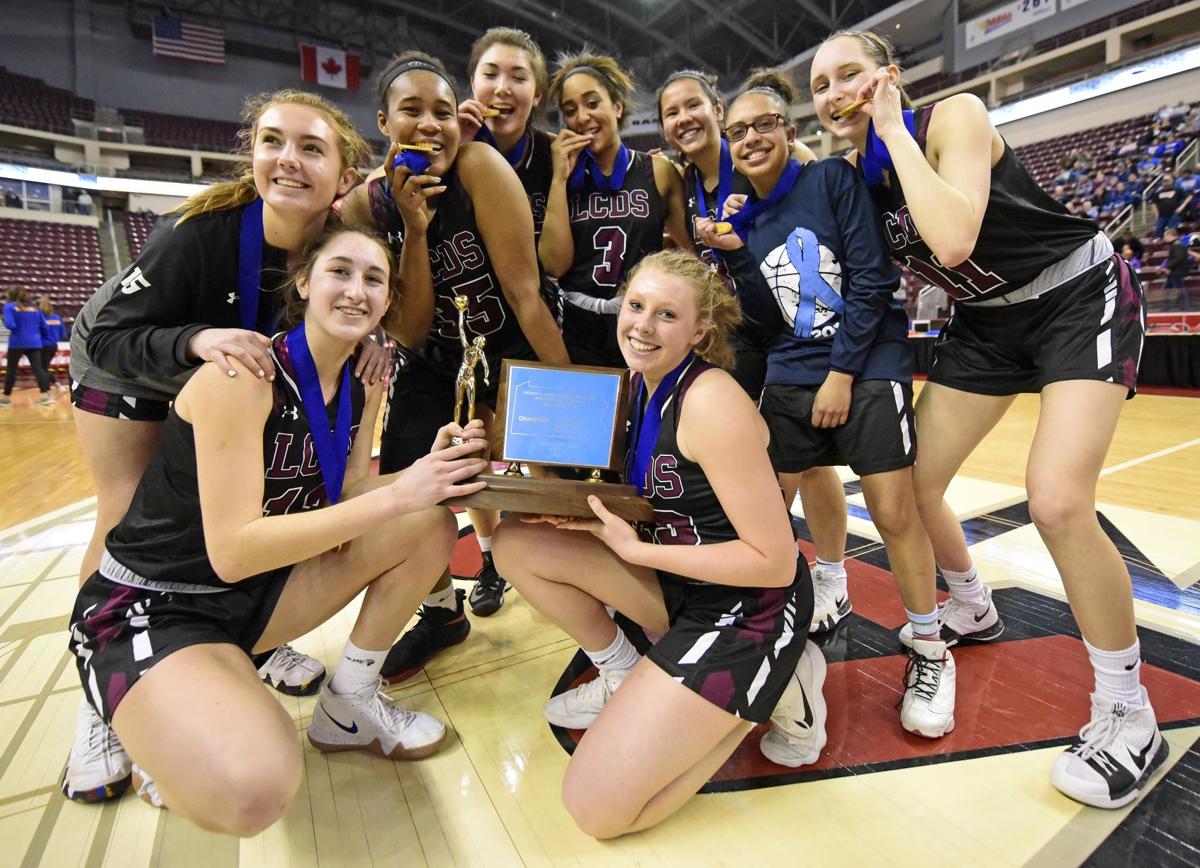 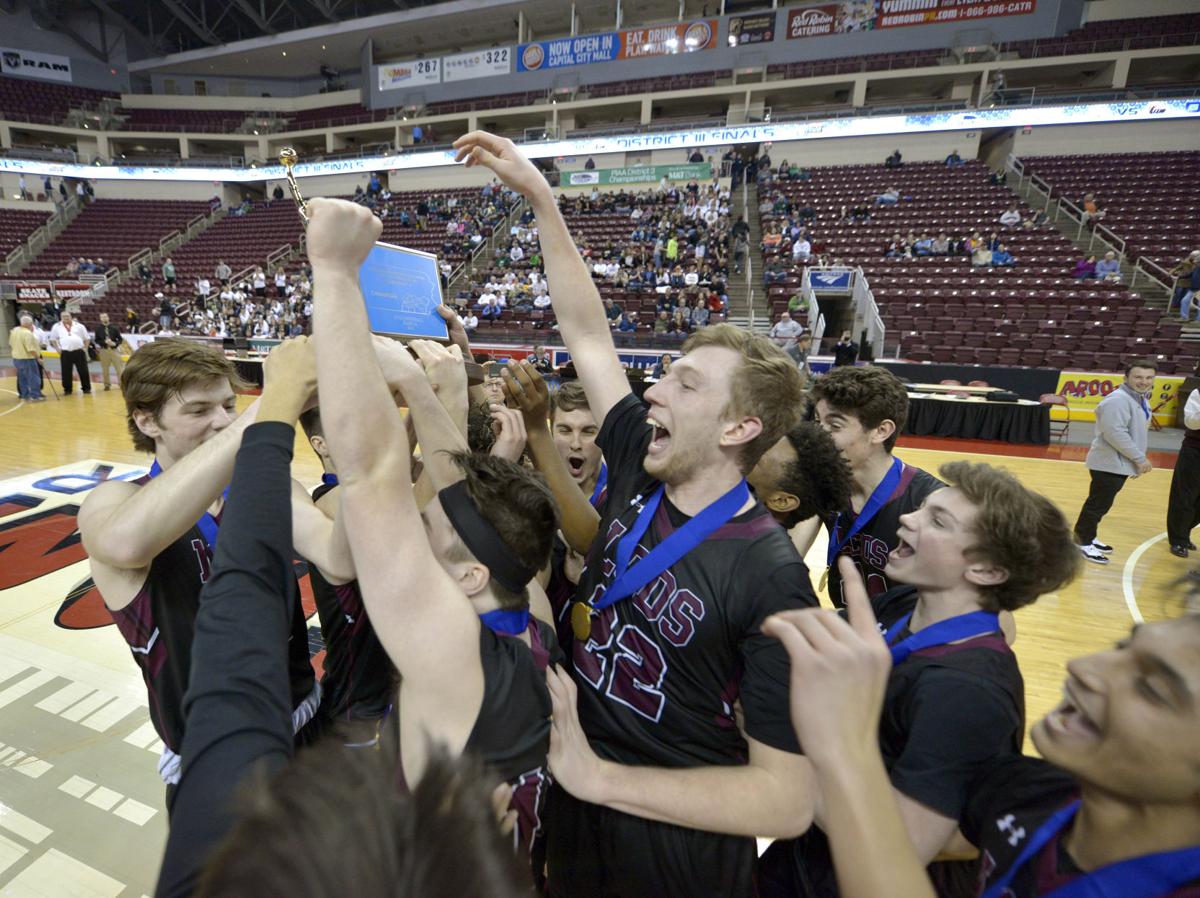 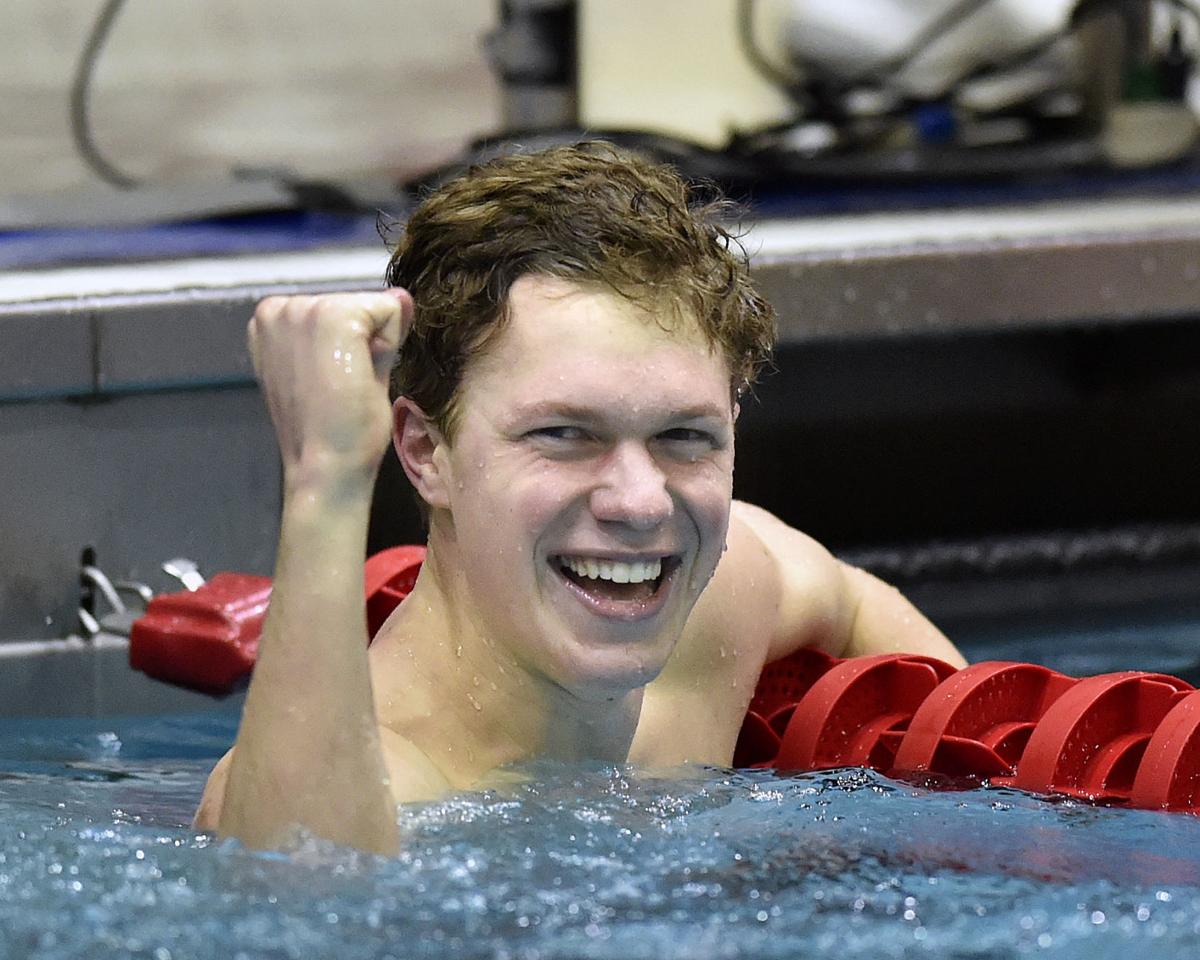 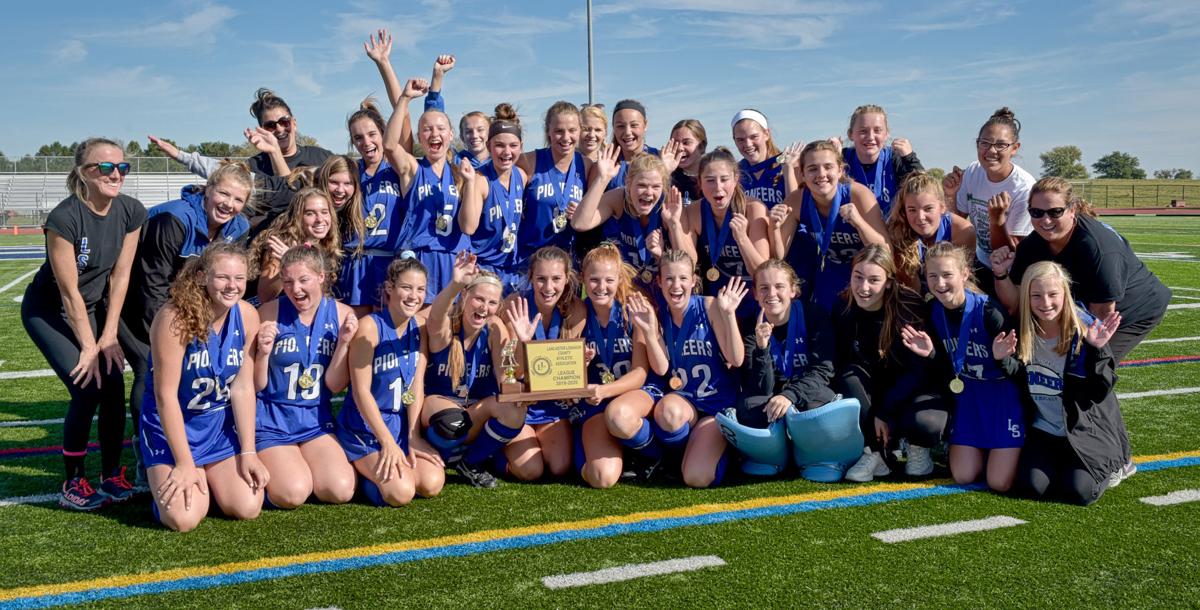 Instead of enjoying his sophomore year of college at East Stroudsburg, Smith was in a Philadelphia hospital being treated for leukemia. But the 6-10 basketball standout, who helped Lampeter-Strasburg win its first Lancaster-Lebanon League hoops title in 2018, had the support of his alma mater and other L-L League schools.

L-S's fans, and most of the other high school fan sections, wore orange in support of Smith for their football games on Sept. 27.

Ryan Smith’s 6-foot, 10-inch frame is now down to 188 pounds, a significant dropoff from the…

Lampeter-Strasburg's Ezra Mellinger, who is now a freshman at Duke, won the state indoor long jump with a record-setting leap of 24 feet, 11 inches, and he also won the Class 3A long jump and the 200-meter dash at leagues, districts and the PIAA outdoor meet.

Before the standout track and field seasons at LampeterStrasburg, before winning three gold …

Warwick's girls won the 3A state team championship at the outdoor meet.

Ephrata’s Tyler Shue won the 800-meter run at both the indoor and outdoor state meets. He dominated the outdoor race with an L-L League-record time of 1:51.55. He also won a national title in the 800 at the New Balance Nationals.

Manheim Township’s Evan Dorenkamp made a dramatic pass on the home stretch to win gold in the 3A 1,600-meter run at the state meet.

After 48 years as men's basketball coach at Franklin & Marshall, Glenn Robinson retired prior to the start of this season.

Robinson’s 967 wins, all at F&M, are the most in the history of NCAA Division III. In all of men’s college basketball, only Duke's Mike Krzyzewski (1,132) and Herb Magee of Division II Jefferson (1,096) have more.

Under Robinson, the Diplomats qualified for the NCAA tournament 24 times, reached the NCAA Sweet-16 16 times, the Elite Eight nine times and the Final Four five times, making the championship game in 1991. His teams had 26 20-win seasons.

Robinson won national coach of the year honors from Basketball Times in 1991 and d3hoops.com in 2009.

Bradley was Hempfield's track and field coach for 29 seasons, and he was also the school's assistant cross country coach for 11 years. And he spent eight seasons as a cross country assistant coach at Millersville, his alma mater.

Erb is the winningest lacrosse coach in L-L League history compiling a 190-98 record in 14 seasons as Hempfield's girls coach.

Hempfield reached the district championship game in 2015 and the state quarterfinals in 2009 and 2010. Last spring, the Knights were the L-L League regular-season and tournament runners-up, and Hempfield reached the District Three Class 3A semifinals before falling by a goal to Wilson in the third-place game, which decided the final spot in the PIAA tournament.

Cocalico reached the Class 5A state semifinals this season before falling to eventual state runner-up Cheltenham.

No longer with us

Trump, who was a track and field and cross country official for 35 years, died in September at the age of 88. For 20 of those years, he officiated alongside his wife, Louise. Because of their dedication to the sport, they were inducted into the L-L League Hall of Fame together in 2015. They also volunteered at middle school and college events.

Trump also managed a website that was the go-to place for L-L League track and field records.

Ruth spent 42 years volunteering at McCaskey as an athletic weight trainer. He helped to establish the Mr. Lancaster power-lifting and bodybuilding weightlifting competition, and he was a former Mr. Lancaster winner in 1960, 1961 and 1970.

Ruth, who died in September, earned many awards over the years and was inducted to numerous Halls of Fame.

Nonnenmocher, who is a member of the Lancaster County Sports Hall of Fame, died in October. He was 82.

A left-handed pitcher, he threw two no-hitters during both his sophomore and senior years at McCaskey. He later pitched in the minors in the the Kansas City A's and Detroit Tigers systems.

Matts in the NFL

Matt Nagy, a Manheim Central grad, was named NFL Coach of the Year after leading the Bears to an 12-4 season and the NFC North title in his first season as Chicago's coach.

In his fourth year with Pittsburgh, Matt Feiler, a Lampeter-Strasburg grad, became the Steelers starter at right tackle. He started 10 games last year due to injuries. But this season, Feiler was the starter since the beginning of camp.

The national team, based at Spooky Nook, fired coach Janneke Schopman and was also considering moving its headquarters out of Lancaster County due to poor field conditions.

The Atlantic League, which includes the Lancaster Barnstormers, tried a variety of new rules after being asked to make the changes by Major League Baseball.

Among the new rules used by the Atlantic League last season were:

Being allowed to "steal first base"

Other accomplishments, by sport

Lampeter-Strasburg won its first L-L League title since 1994, was fourth in districts and lost in the state championship game.

Defending PIAA champ Lampeter-Strasburg returned to the state softball title game for the third time in four years, before falling.

Lancaster Catholic girls hoops won a PIAA record 62 straight games, before falling in the state quarterfinals to Mifflinburg in overtime.

A key member of the Crusaders, Kiki Jefferson earned a scholarship to James Madison University and scored 2,500-plus career points, second-most in league history. She was also named state Class 4A player of the year her junior and senior seasons.

Lampeter-Strasburg and Cocalico both earned District Three football titles. L-S, a No. 8 seed, beat the Nos. 1, 2, and 3 seeds (all on the road) to win it. Cocalico won the D3 title in coach Dave Gingrich's last season. Both teams reached the state semifinals.

L-L League swimmers won all four golds in the butterfly at districts, including a record for Manheim Township’s Charlie Gingrich.

Penn Manor freshman Catherine Rabatin was fourth in 3A singles.

L-L League teams won all six District Three titles. Rabatin won 3A singles and  Riley Smith in 2A singles. Paladjian and Reynolds took the 3A doubles and Millen and San Jose won the 2A doubles. Township won the 3A team title and Lancaster Catholic was the 2A team champ.

Manheim Central boys won District Three Class 2A title, the first in program history, one year after going to the state finals.

Creating a wall of orange for L-S grad Ryan Smith

Lancaster-Lebanon League sports teams are known for tough, solid competition on fields and i…