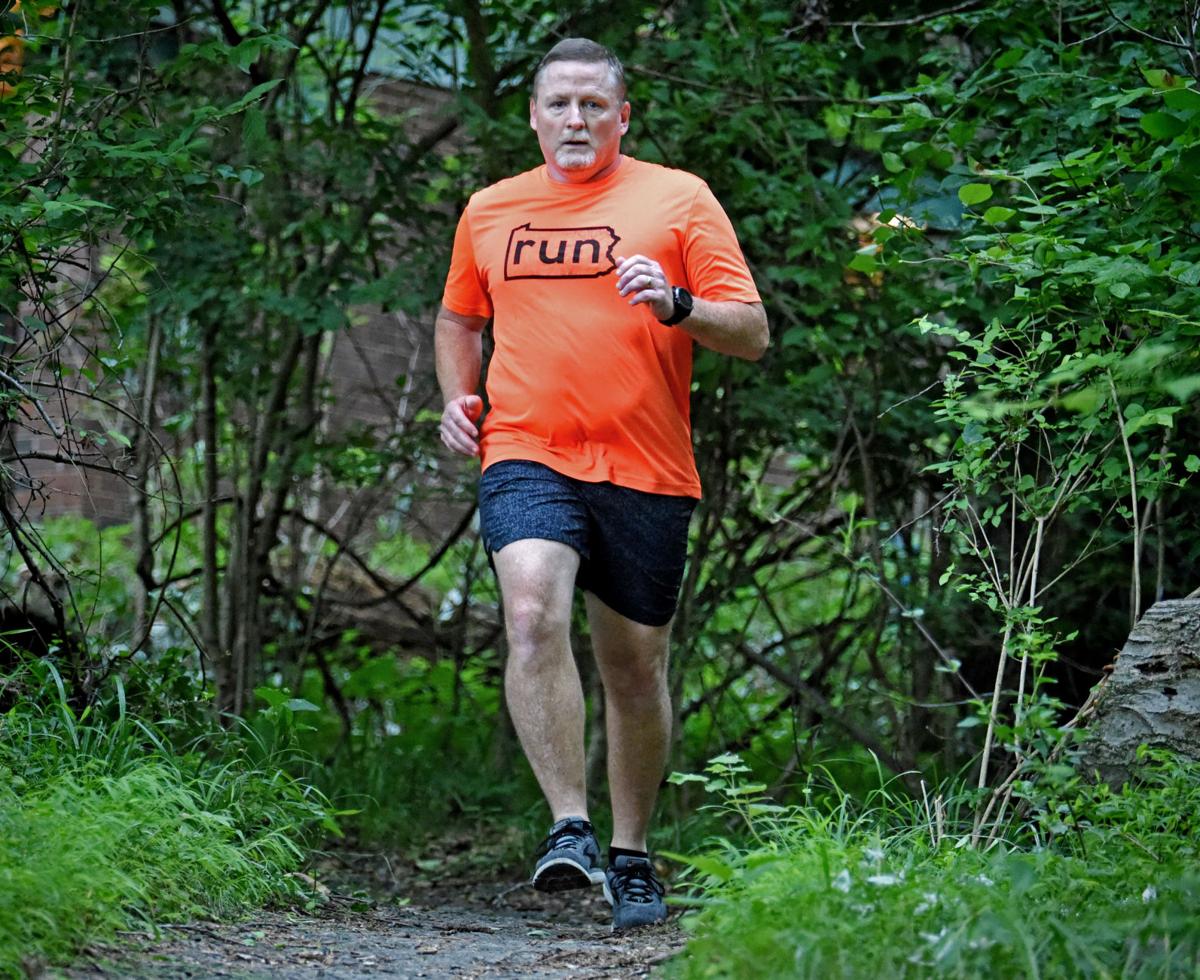 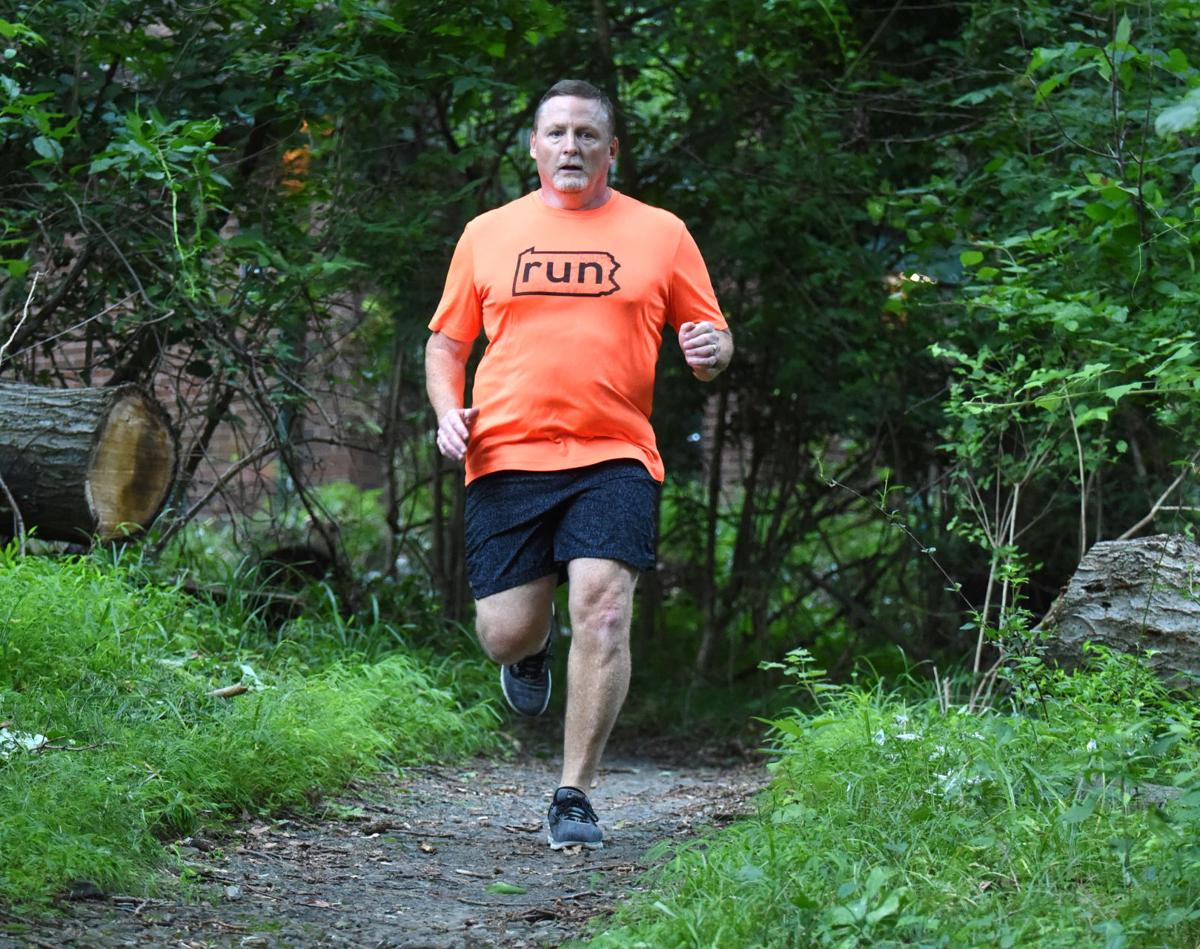 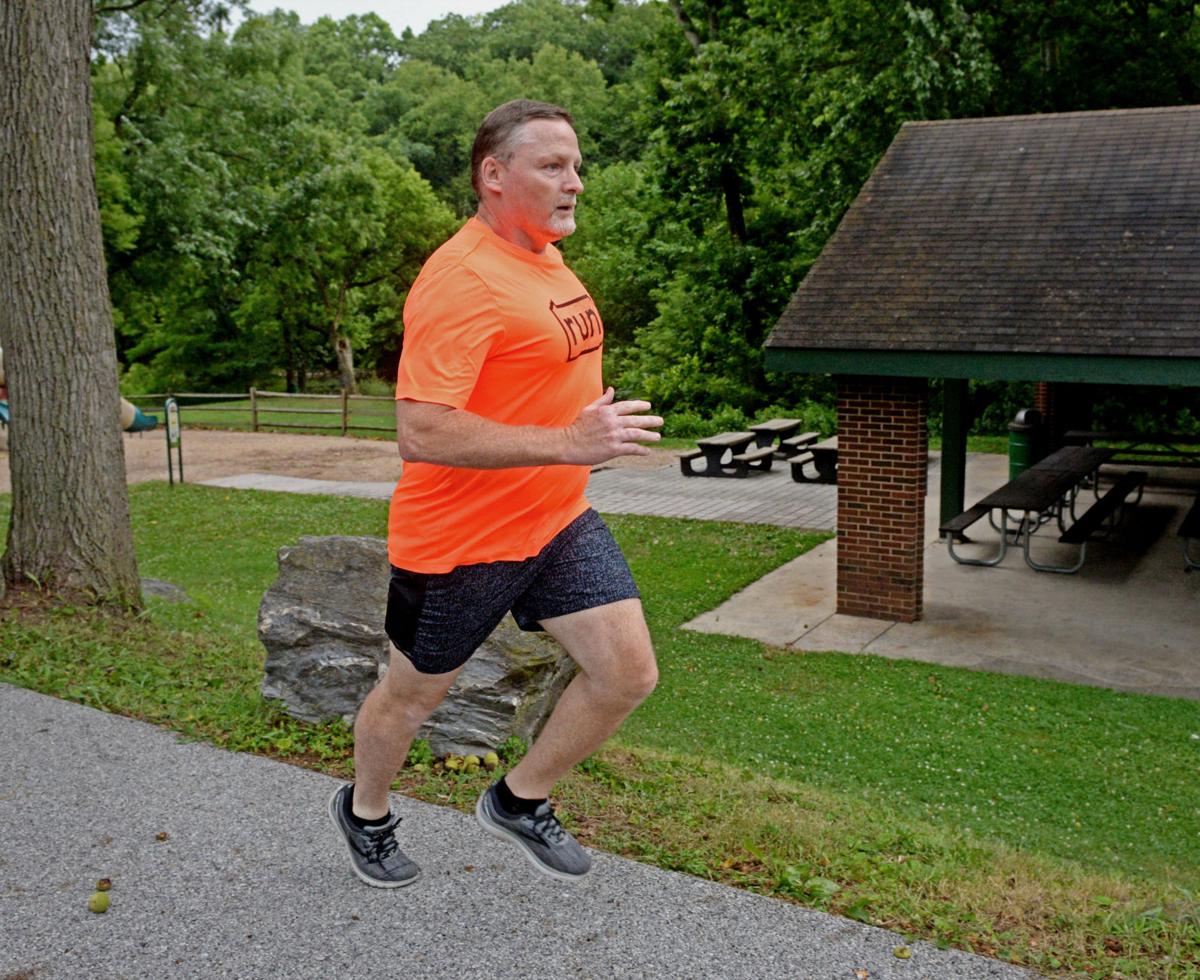 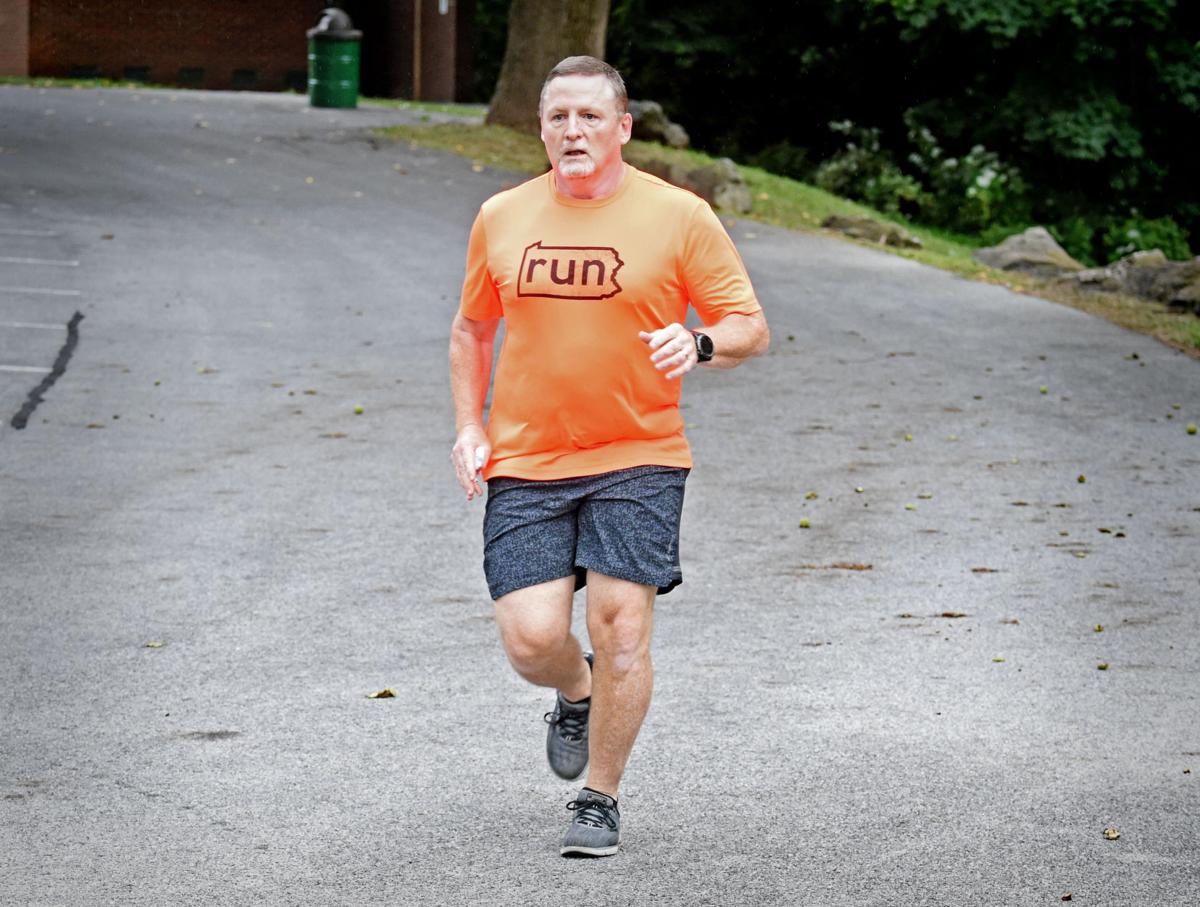 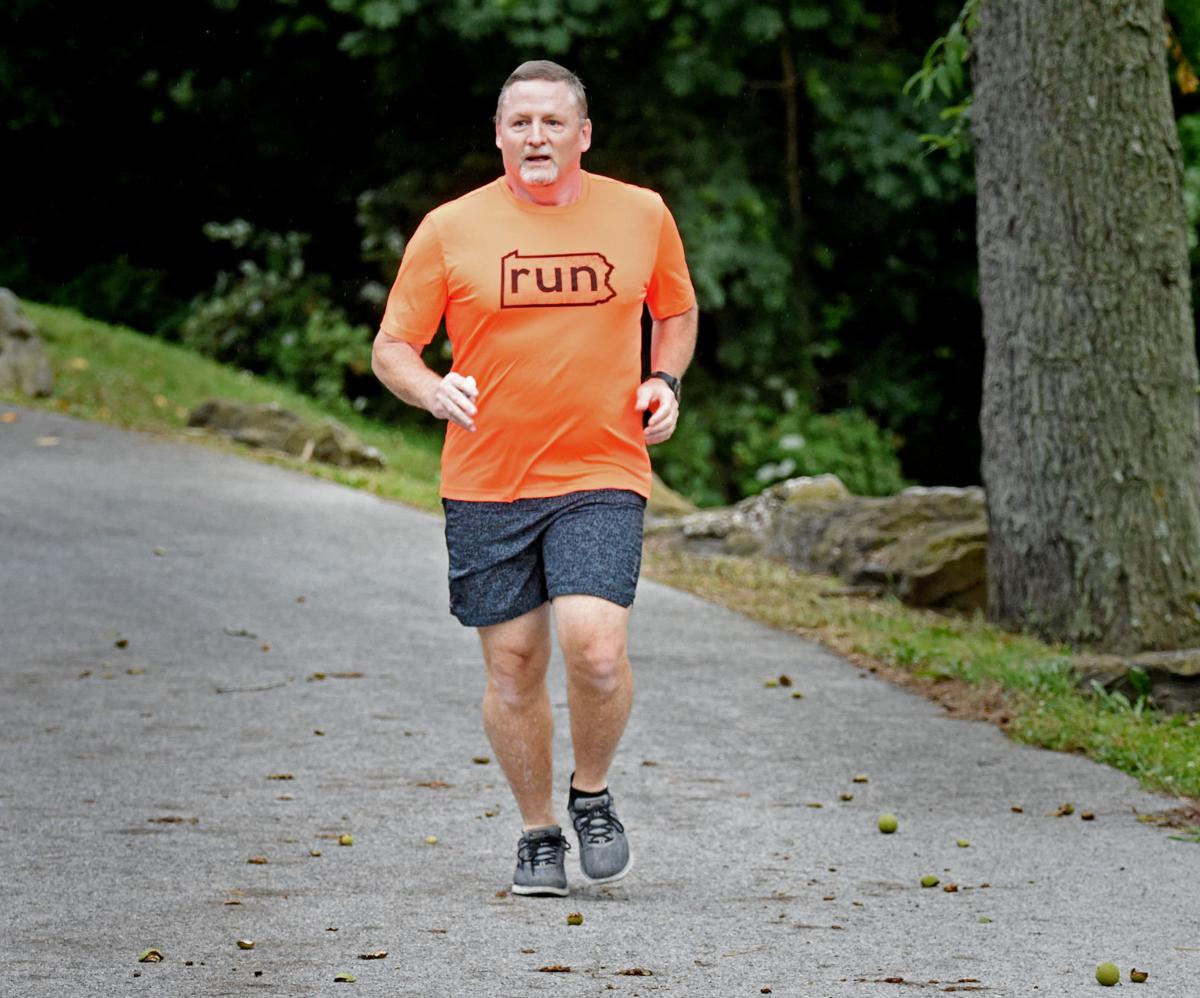 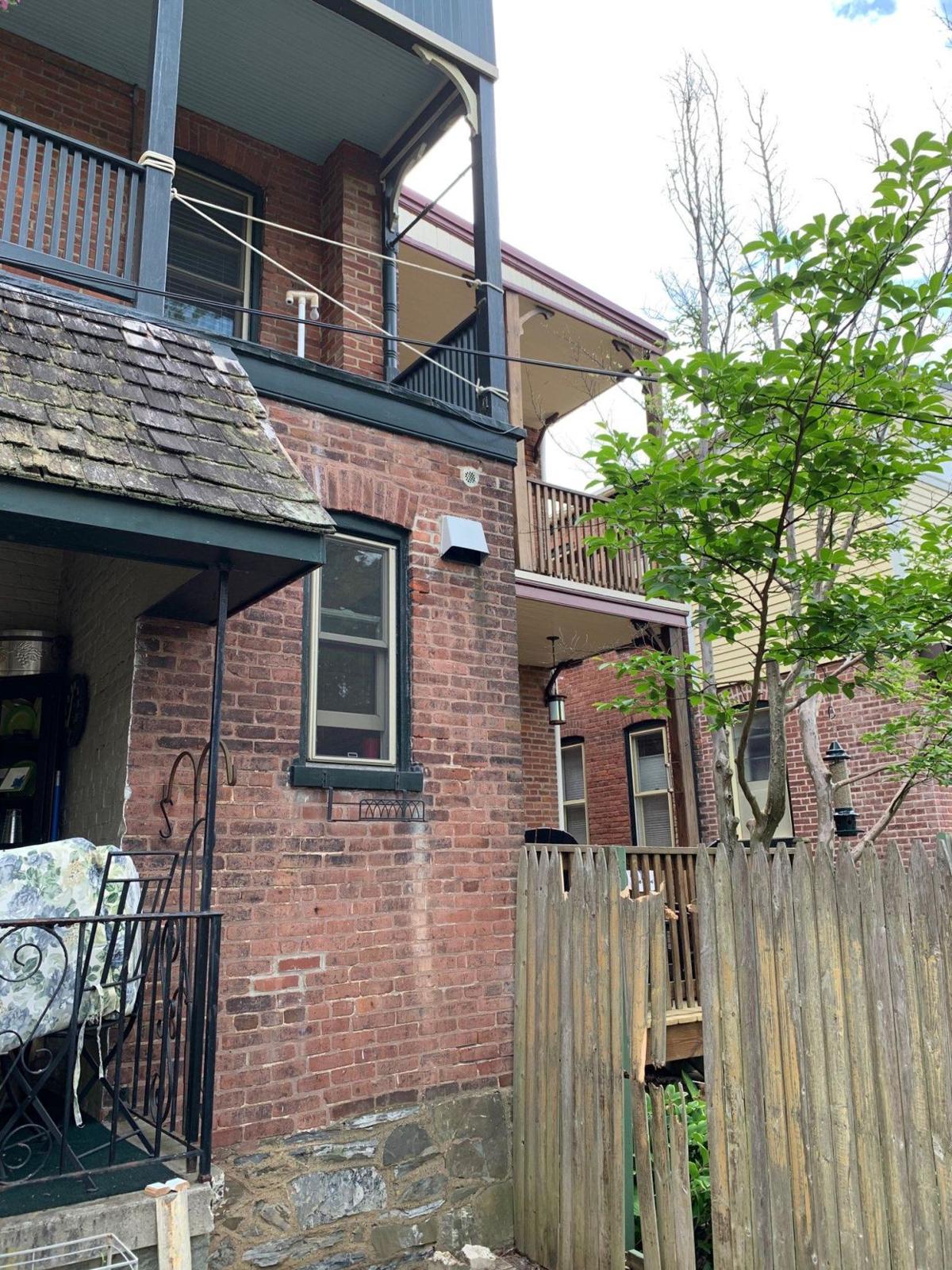 The aftermath of Sam Wachman's backyard in the 200 block of Lancaster Avenue in Lancaster city after he fell from his second-story patio May 16.

By 2016, Lancaster city resident Sam Wachsman had completed 50 marathons in all 50 states before the age of 50. He’s since completed four 100-mile marathons.

For the last two years, he’s been angling to compete in the Hardrock 100, which is held in Colorado, includes 33,050 feet of elevation and is considered the hardest 100-mile marathon in the United States.

However, a runner must complete one of five qualifying races in order to have their name entered into a lottery for the chance to be picked for the Hardrock 100. Unfortunately for Wachsman, he had mostly been sidelined the last two years after suffering a pair of Achilles tendon ruptures, each resulting in surgery.

Back to full health in 2020, Wachsman was signed up to compete in the Cruel Jewel 100 Miler in Georgia, a Hardrock 100 qualifying race originally scheduled to be held the weekend of May 15. It had instead been canceled because of the COVID-19 pandemic. So Wachsman, 53, and his wife, Kathy, were at their home in the west end of Lancaster city that weekend instead. They decided to undertake a routine task and hose down the outdoor furniture on their second-story patio.

'The whole thing just broke off'

Since moving from East Hempfield Township to Lancaster city five years ago, the Wachsmans had done the same routine each spring when it came to cleaning off the deck chairs on the patio just outside their second-story bedroom.

“Rather than carry the chairs through the house, I tie a rope to it and lower it down to my wife below,” Sam Wachsman said. “I lower the chair down, she grabs it, hoses them off and I pull them back up.”

On May 16, a clear Saturday afternoon, Wachsman lowered the first deck chair without a problem. As he lowered the second chair, Wachsman leaned against a wooden railing. It gave way.

“The whole thing just broke off,” he said. “And I went with it.”

Wachsman fell to his left. He landed perpendicular on a wooden fence 10 feet below.

“The reason I wasn’t completely impaled was because the balcony railing hit the fence, and I was on top of that,” Wachsman said. “That probably saved my life.”

He pushed himself up off the fence and down onto the grass in his neighbor’s yard.

On his hands and knees trying to catch his breath, Wachsman was conscious and wasn’t bleeding, but felt tremendous pain on the left side of his body. A neighbor soon dialed 9-1-1.

“I knew something was really messed up,” he said. “I knew I was going to end up in surgery.”

'I literally should be dead'

“Oh, my gosh. I’m the luckiest unlucky person there is,” he said. “As unlucky as I was to have to go through all of this, I literally should be dead.”

Wachsman, a Maryland native who works as the mid-Atlantic region director of operations for Option Care Health, has played out various scenarios in his head. Among them involves his wife, who also could have been seriously injured but came away unscathed.

“Had it been a metal fence or a fence in better repair I could’ve been impaled and would probably be dead,” he said. “If I would’ve went straight down I could’ve hit my wife. Or if I would’ve landed that much further down, I could’ve had head injuries.”

The accident has led to Wachsman reflecting on life.

“It’s things like that that make you truly appreciate how much people care about you,” he said. “And love you.”

'I just want to be able to do one more'

Two months removed from the accident, and about 18 months removed from his last Achilles tendon surgery, Wachsman recently began exercising again, including daily morning walks in the city with Kathy, to whom he's been married for 31 years. They have two sons.

Before the fall, Wachsman's goal was to first complete a 100-mile marathon post-surgery.

His tune hasn't changed, even after the fall.

Wachsman's physical therapist and neighbor, Justin Geissinger, is quick to remind anyone how Wachsman's competitive streak will likely continue to push him forward.

“While he enjoys running and enjoys racing, what he ultimately enjoys is the challenge,” Geissinger said. “He’s got another challenge.”

Run far: How a Lancaster County man became one of the best ultrathon runners on Earth

Jeff Beck has watched from afar as student-athletes have dealt with sports being put on hold since mid-March because of the COVID-19 pandemic.

Will schools welcome back students to classrooms or go the virtual route? How long will we have to wear masks? Do I have COVID-19 or is that j…