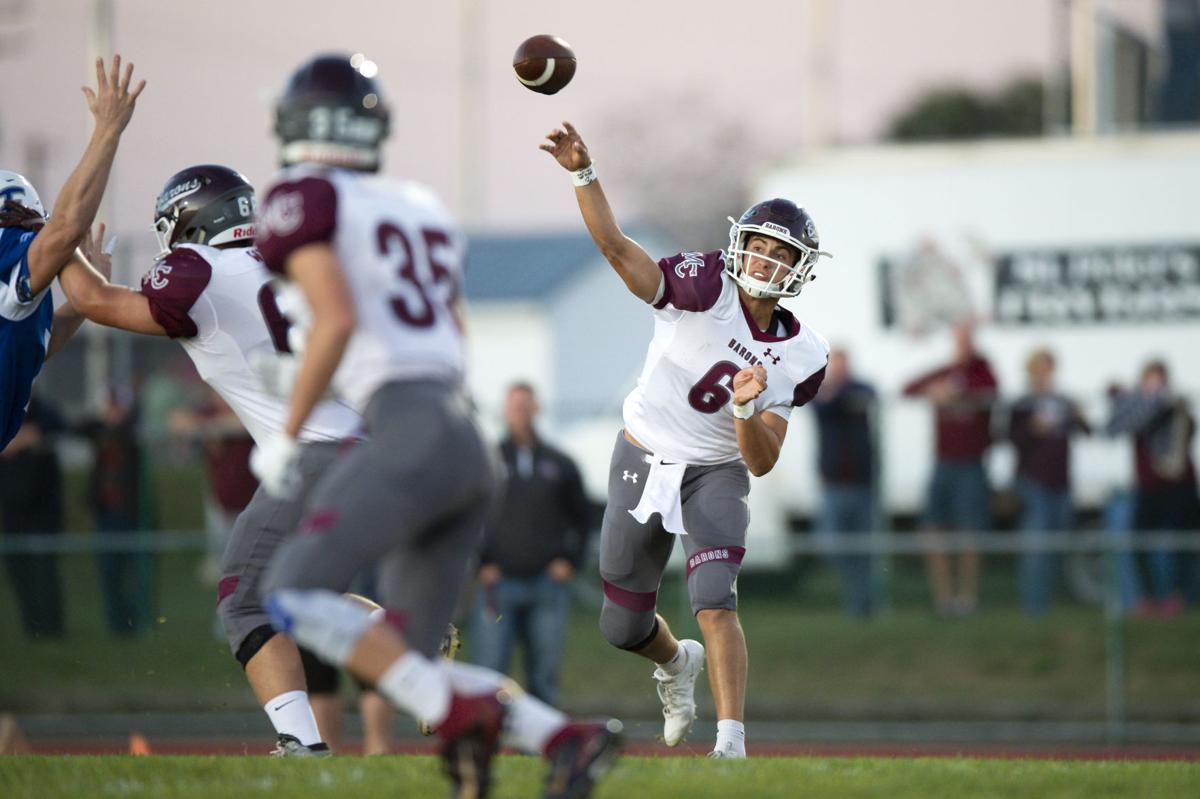 Manheim Central’s Evan Simon delivers a pass against Elizabethtown during the first half of a L-L League Section Two contest at Elizabethtown High School on Friday, Sept. 20, 2019. 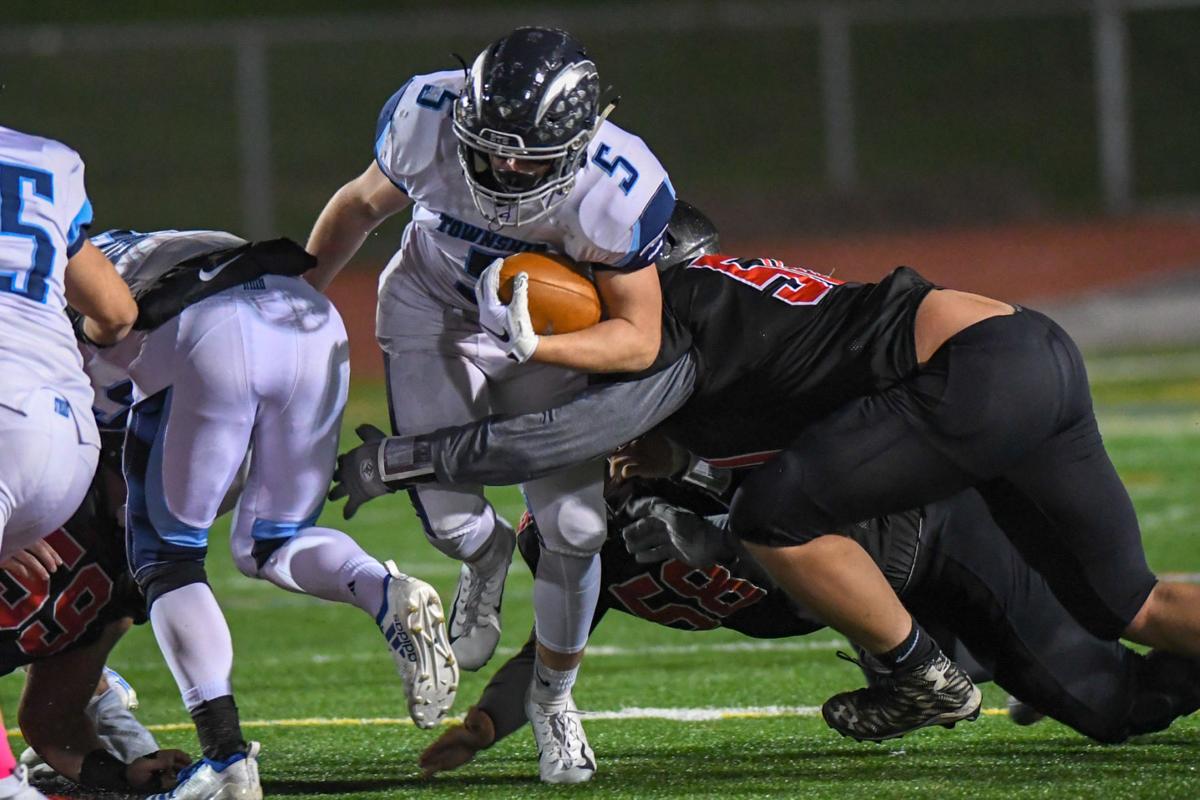 Manheim Central’s Evan Simon delivers a pass against Elizabethtown during the first half of a L-L League Section Two contest at Elizabethtown High School on Friday, Sept. 20, 2019.

The Lancaster-Lebanon League Quarterback Club has announced its top performers from last Friday’s Week 9 games. Here are the selections:

BACK OF THE WEEK: Bryce Casey, RB-LB, Manheim Township — The Blue Streaks’ dual-threat had a big night on both sides of the field in Township’s 71-0 victory over McCaskey. On offense, he rushed for 81 yards on 12 carries with three touchdown runs, plus a pair of receptions for 15 yards. And on defense, Casey was in on a pair of tackles as the Streaks improved to 9-0 and clinched no worse than a tie for the section championship.

LINEMAN OF THE WEEK: Hunter Deibler, OT-DE, Warwick — Deibler earned a high blocking grade on offense, and on defense he registered six tackles as the Warriors snapped a two-game losing slide with a 30-6 crossover victory against Conestoga Valley.

BACK OF THE WEEK: Evan Simon, QB-DB, Manheim Central — A jaw-dropping night for the Barons’ standout, who helped Central crunch Garden Spot 63-13. On offense, the Rutgers commit completed 9-of-11 passes for 224 yards with four TD tosses, and he added another 193 yards and two TD runs on eight keepers, averaging more than 24 yards per carry. And on defense, from his safety spot, Simon had a pair of tackles and he broke up two passes as Central clinched at least a tie for the section championship. Simon also moved up to No. 3 on the league’s all-time leading passer chart.

LINEMAN OF THE WEEK: Zac Shelley, OL-DL, Lampeter-Strasburg — The Pioneers knocked off Elizabethtown 40-13, and Shelley came up big in the trenches. On offense, he earned a high blocking grade and he registered three pancake blocks, and on defense he was in on a pair of tackles as L-S remained in a second-place tie with Cocalico in the section hunt.

BACK OF THE WEEK: Alex Rufe, WR-DB, Lebanon — Another week, another huge effort for Rufe, who helped the Cedars drop Octorara 40-20. On offense, he had nine catches for 138 yards with a TD grab, plus a 13-yard TD run. And on defense, Rufe returned an interception 75 yards for a TD, while piling up seven total tackles, including four solo sticks.

LINEMAN OF THE WEEK: Camren Eberhart, C, Lebanon — In the Cedars’ 20-point win over Octorara, Eberhart earned a high blocking grade, he had a perfect night with shotgun snaps, and he didn’t allow a sack as Lebanon remained in the chase for a postseason spot.

It is Week 10 of L-L League football action, as head-to-head section play has reached the finish line — and the chase for District 3 playoff p…