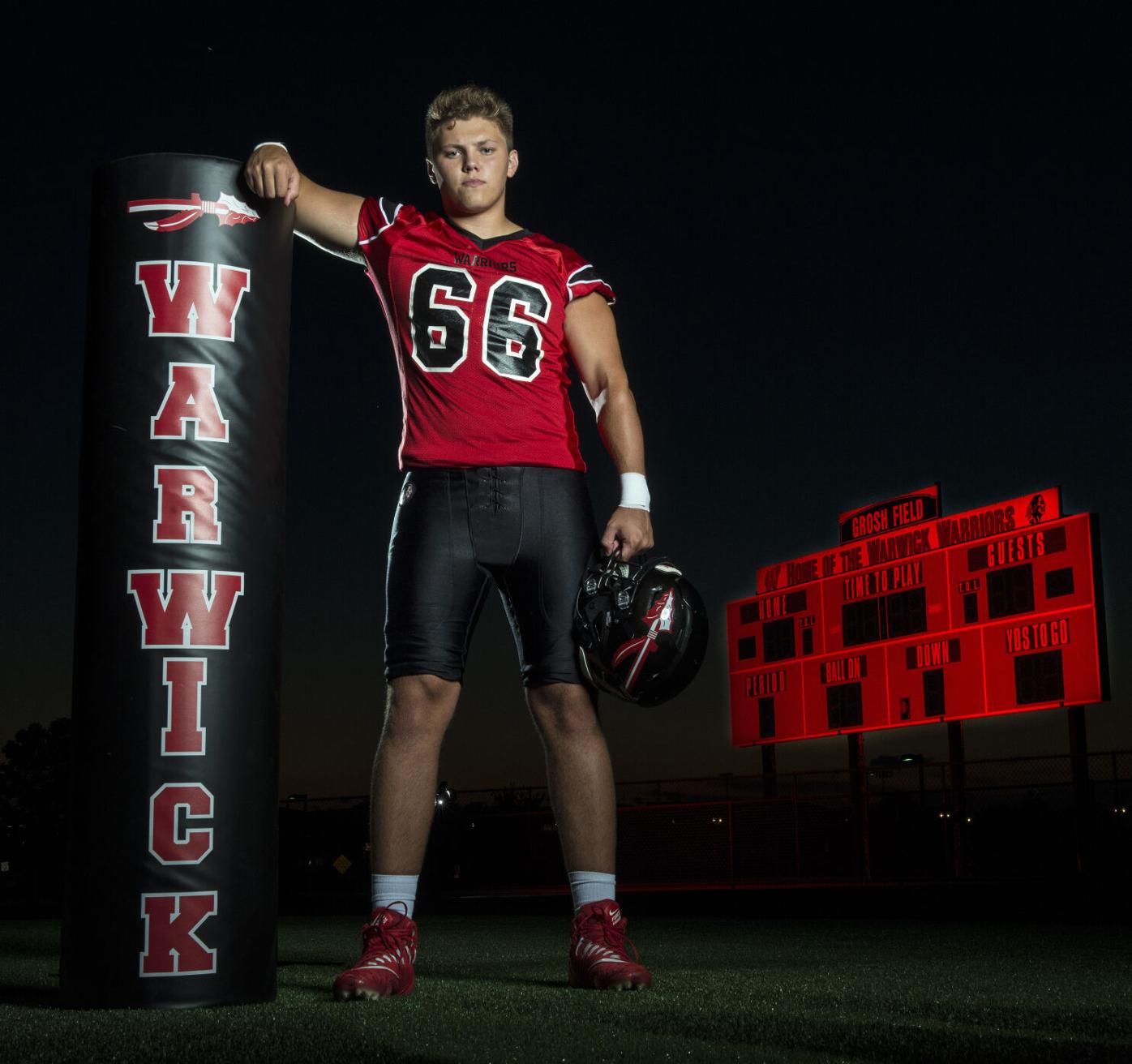 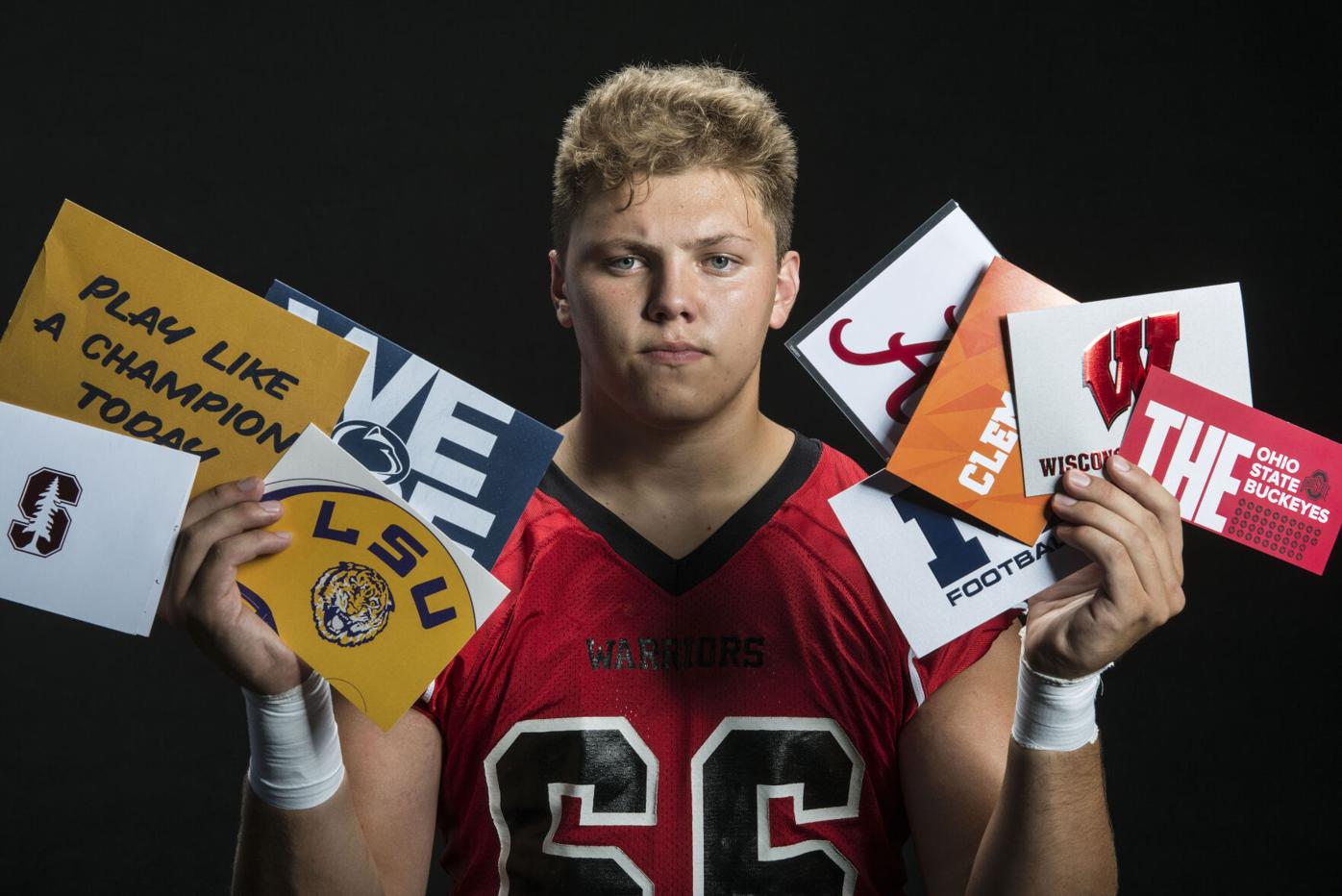 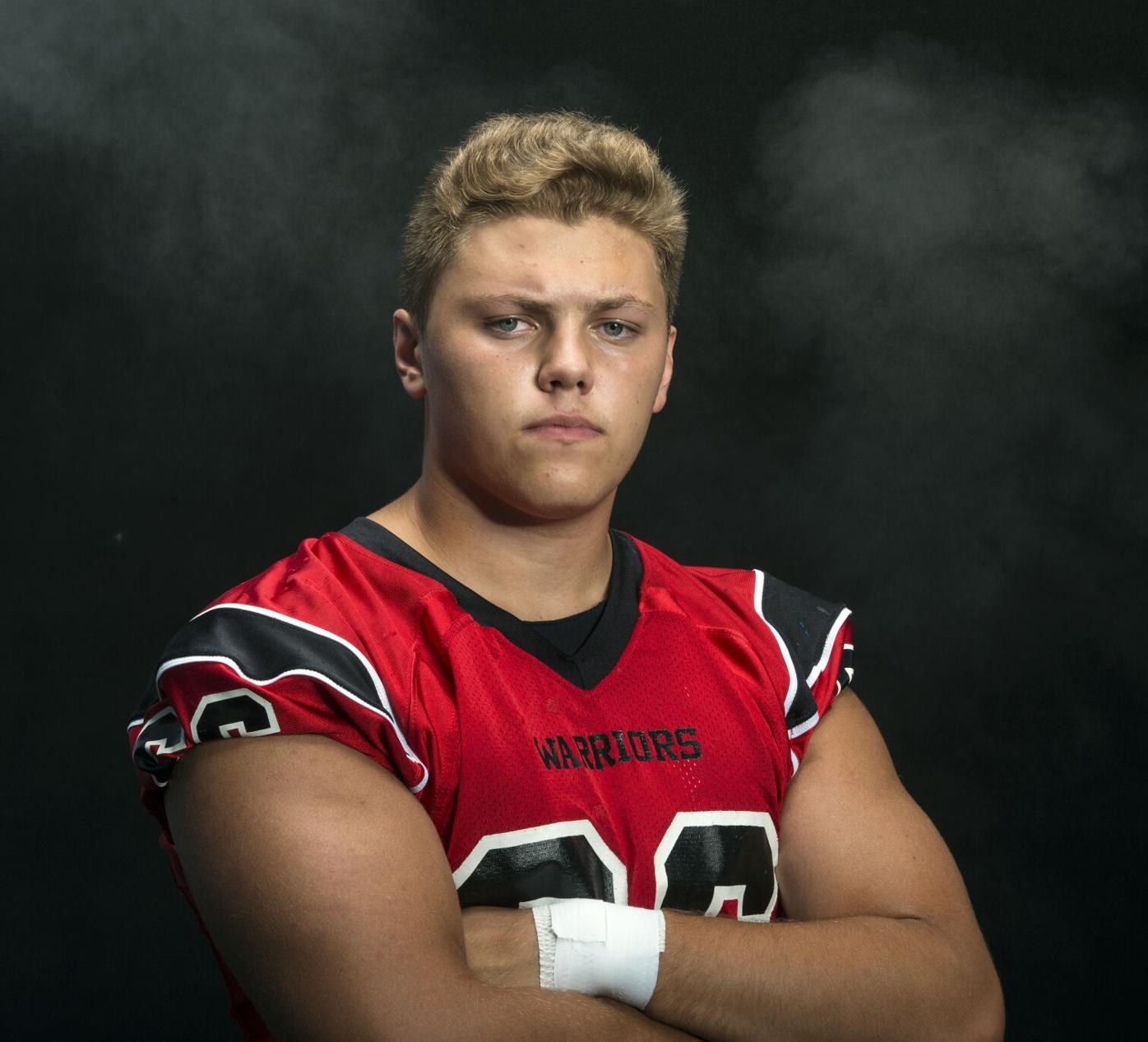 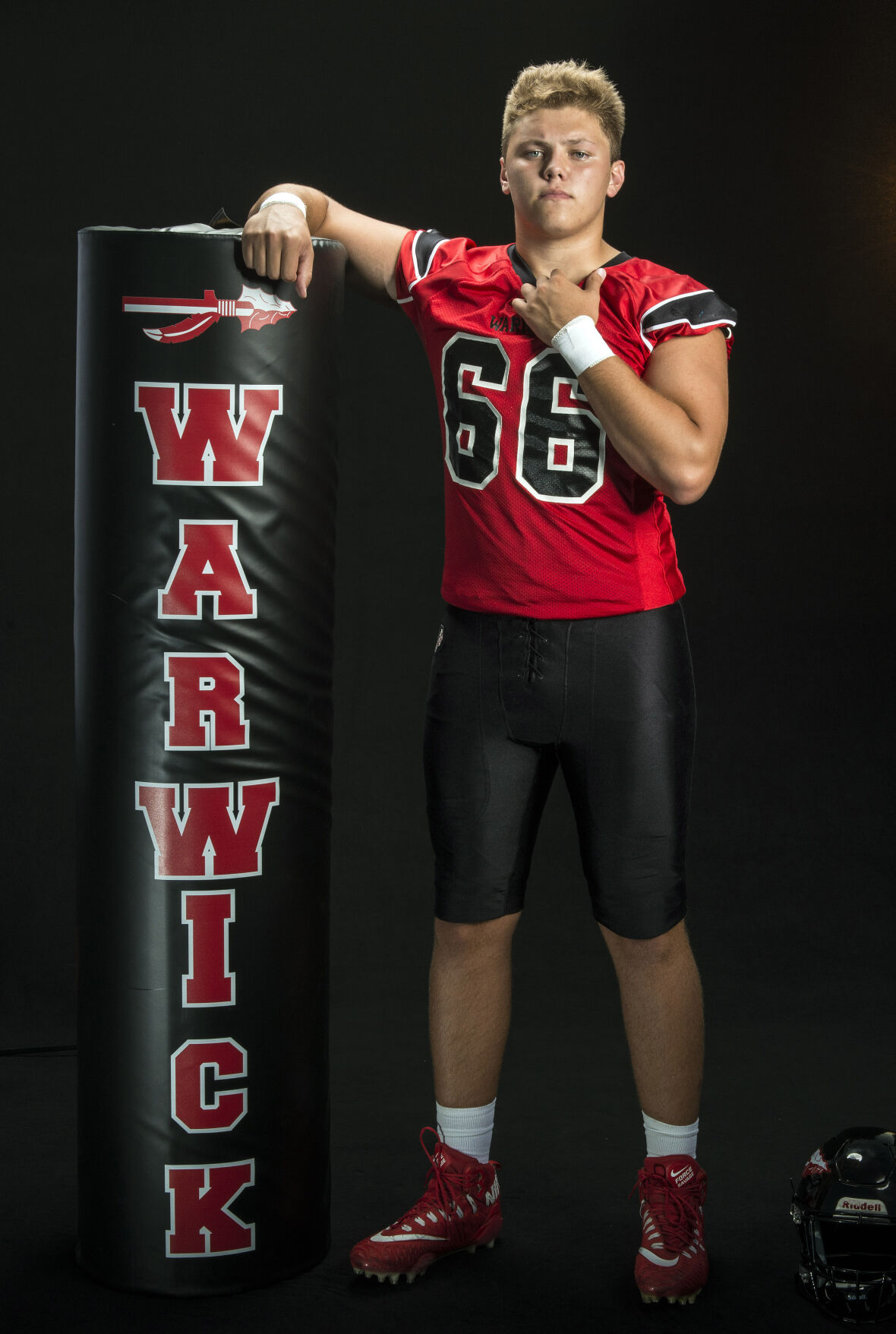 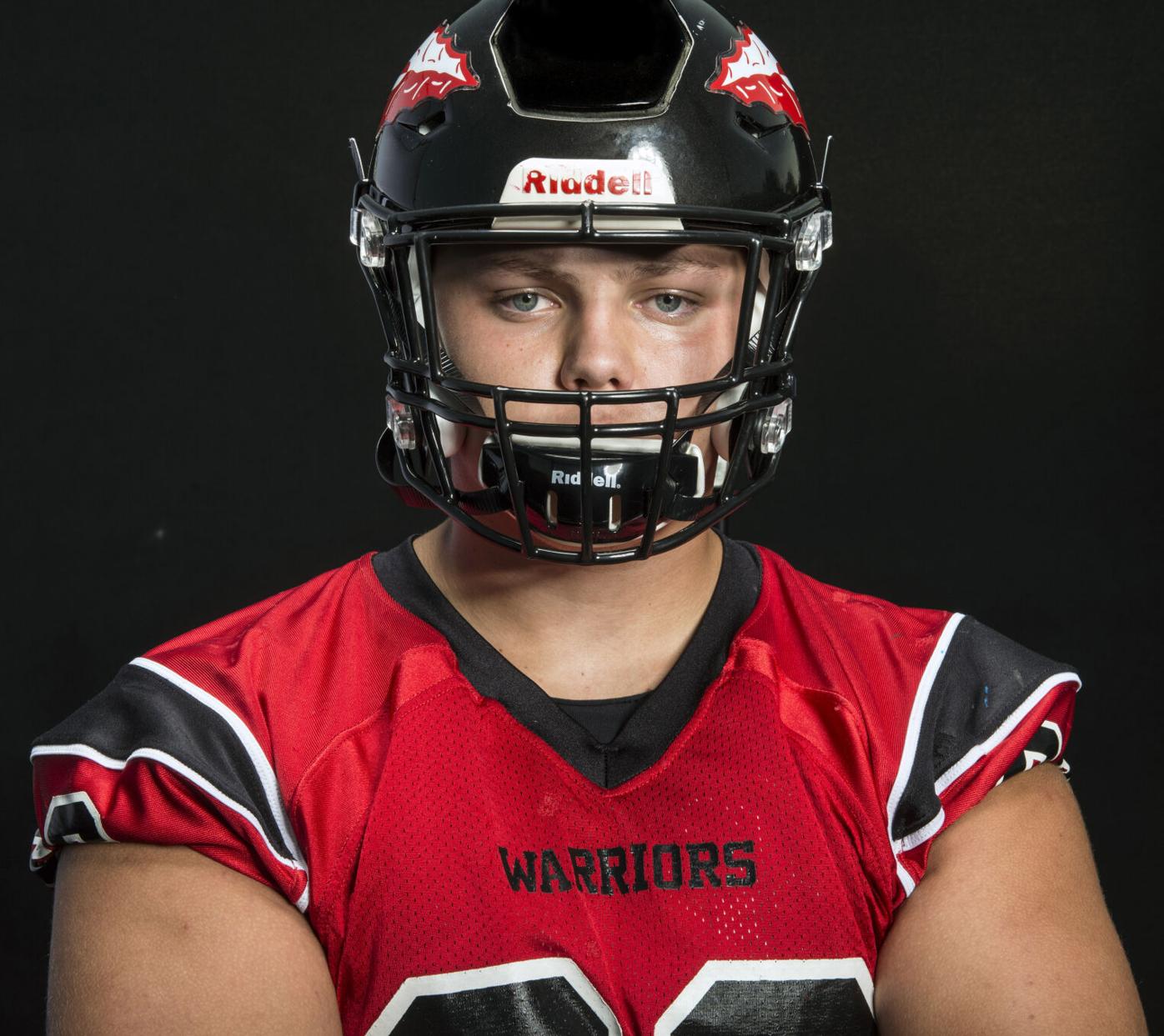 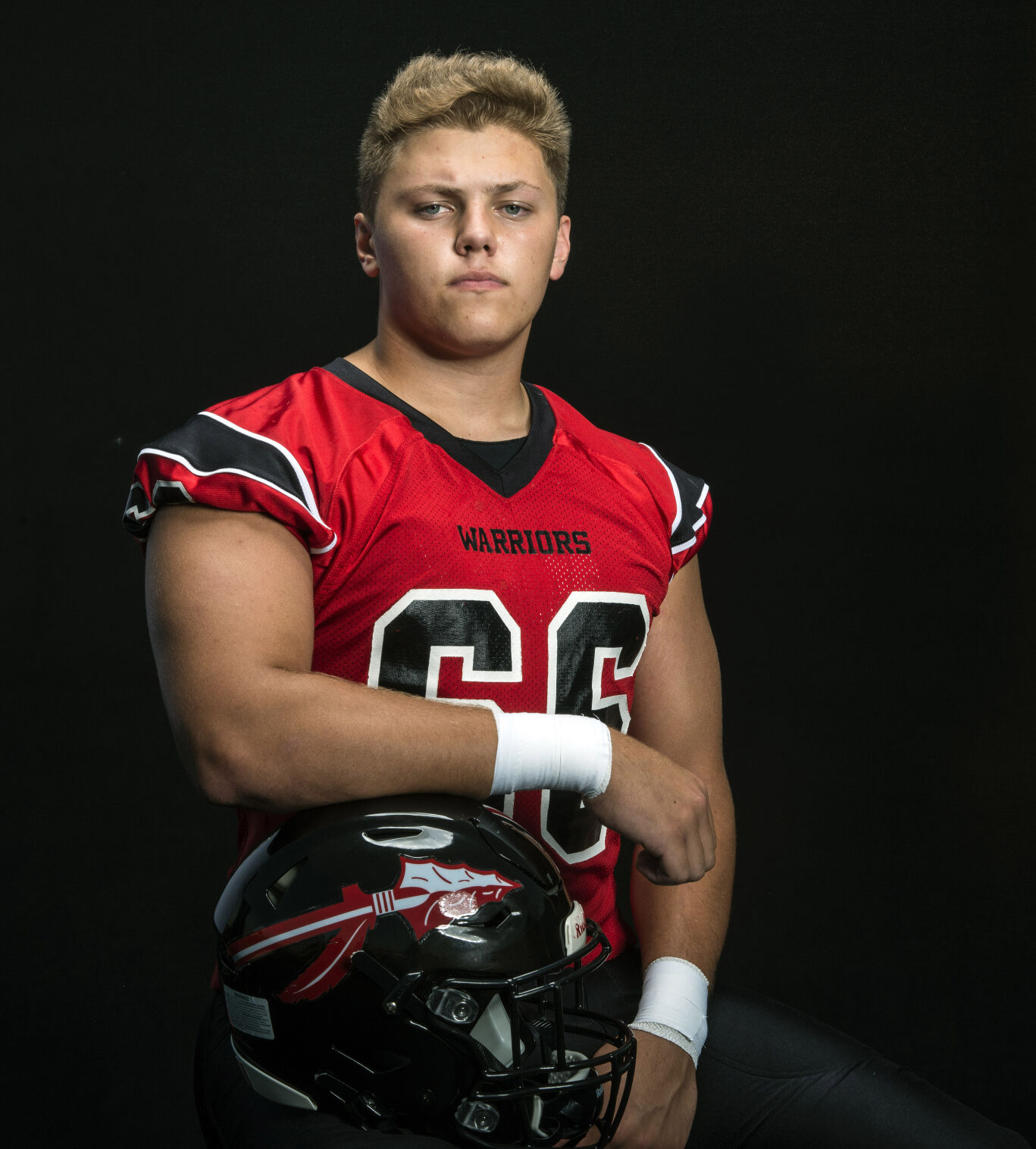 Nolan Rucci is really good with his hands.

Whether he’s fending off an oncoming would-be tackler, pass-protecting for his quarterback or elbows deep trying to put together a computer, he’s really good at using his digits.

You probably know Rucci for his football exploits. Warwick’s outstanding senior offensive tackle has pocketed pretty much every all-star award on the board, and he is the top-ranked prep offensive lineman in the country in his class.

Turns out Rucci not only dominates in the trenches and along the line of scrimmage on a football field. He’s a smart cookie, too, with a 4.2 GPA and a thirst to get inside the guts of gadgets and see how things work.

It all started a couple of years ago, when he built his own computer.

“I’ve always been interested in computers and I’m always gaming with my buddies,” Rucci said. “So I started watching tutorials online about how to build my own computer. I got a bunch of pieces and I put them all together. It was a pretty cool thing to do, and I felt like I learned a lot doing it. It was fun.”

Rucci was hooked. In fact, he still uses the computer he built, and he’s modified and improved it over the years.

While imposing his will on the football field on Friday nights, and earning scholarship offers from practically every major Division I program in the country, Rucci also became tech savvy and grew more and more interested in engineering.

“I’m always watching ‘How It’s Made’ on the Science Channel,” he said. “I love aerospace engineering, and I love football even more.”

At Wisconsin, he’ll get to do both; Rucci will join the Badgers’ jaw-dropping list of top-notch offensive linemen, and he’ll major in aerospace engineering in Madison. He’ll study such topics as the development of aircraft and spacecraft, avionics and electronics. And more.

Rucci is way more than a football jock.

“I’ve always been pretty good at math and science,” he said. “I’ve always made school and studying a top priority. When my recruiting went up, my grades didn’t drop.”

Hence that shiny 4.2 GPA heading into his senior year.

Rucci got the computer and gadget itch in middle school, when another former Warwick athlete, Jason Griffiths, was back home in Lititz and shared his story with Rucci’s family. Griffiths, a Rensselaer Polytechnic Institute grad, is working for NASA on the Orion Spacecraft Project.

When Rucci heard about Griffiths’ exploits, his ears immediately perked up.

“I thought it was really cool that you could play sports, and also be interested in engineering,” Rucci said. “I talked to all of the schools about that during the recruiting process. I wanted to study aerospace engineering and play Division I football at the same time. I’ve always been intrigued by that.”

He’ll get his wish at Wisconsin.

So is there a correlation between aerospace engineering, making computers, fixing gadgets and playing offensive tackle?

“Yes,” Rucci said. “For me, it’s the studying side of it. I never would have learned how to build a computer if I wasn’t studying videos and teaching myself how to do it. Trial and error. Things like that. It definitely translates over to football, like studying film and learning techniques and practicing your skills and fine-tuning everything.”

Rucci has had a few friends ask him to build them a computer, and he’s quick to help when someone’s device needs tweaked. His mom, Stacy, uses a drone to film Warwick’s games and practices, and she’s always in his ear.

“I’m her IT guy,” Rucci said, chuckling. “She’s always asking me questions about it, and I’ve had to fix it a few times after it crashed. But I love it.”

Rucci’s love for football and aerospace engineering simply oozes out of him. Be it in the classroom or in the trenches on a football field making a bone-crushing block, he’s always giving it his all. The professors and coaches at Wisconsin are lucky to have his commitment. And the good people at Warwick who got to watch him grow up and do amazing things on and off the field will never forget him.

After an uneasy offseason, and sweating out a PIAA vote to green-light this season in the midst of a COVID-19 pandemic and state-wide health a…

Warwick School District on Wednesday tweaked its spectator limits at extracurricular events in order to allow parents to attend.

This is the final list of the top special teams performances, defensive plays and other outstanding individual efforts in L-L League football …

With the first winter snow of the season in the forecast, and with winter sports on pause because of coronavirus protocols, here are a few L-L…

A pair of Warwick senior standouts took advantage of the early NCAA signing period for Class of 2021 graduates on Wednesday.

Warwick senior hammer offensive lineman Nolan Rucci is up for yet another award. And this one is on the national level.

Quite the combo: Cocalico's Ryan Brubaker dominates in the trenches, and he's a pool shark

Football is in Ryan Brubaker’s blood.

Four Lancaster-Lebanon League senior football standouts have been selected to represent Pennsylvania and play in the prestigious Big 33 game.