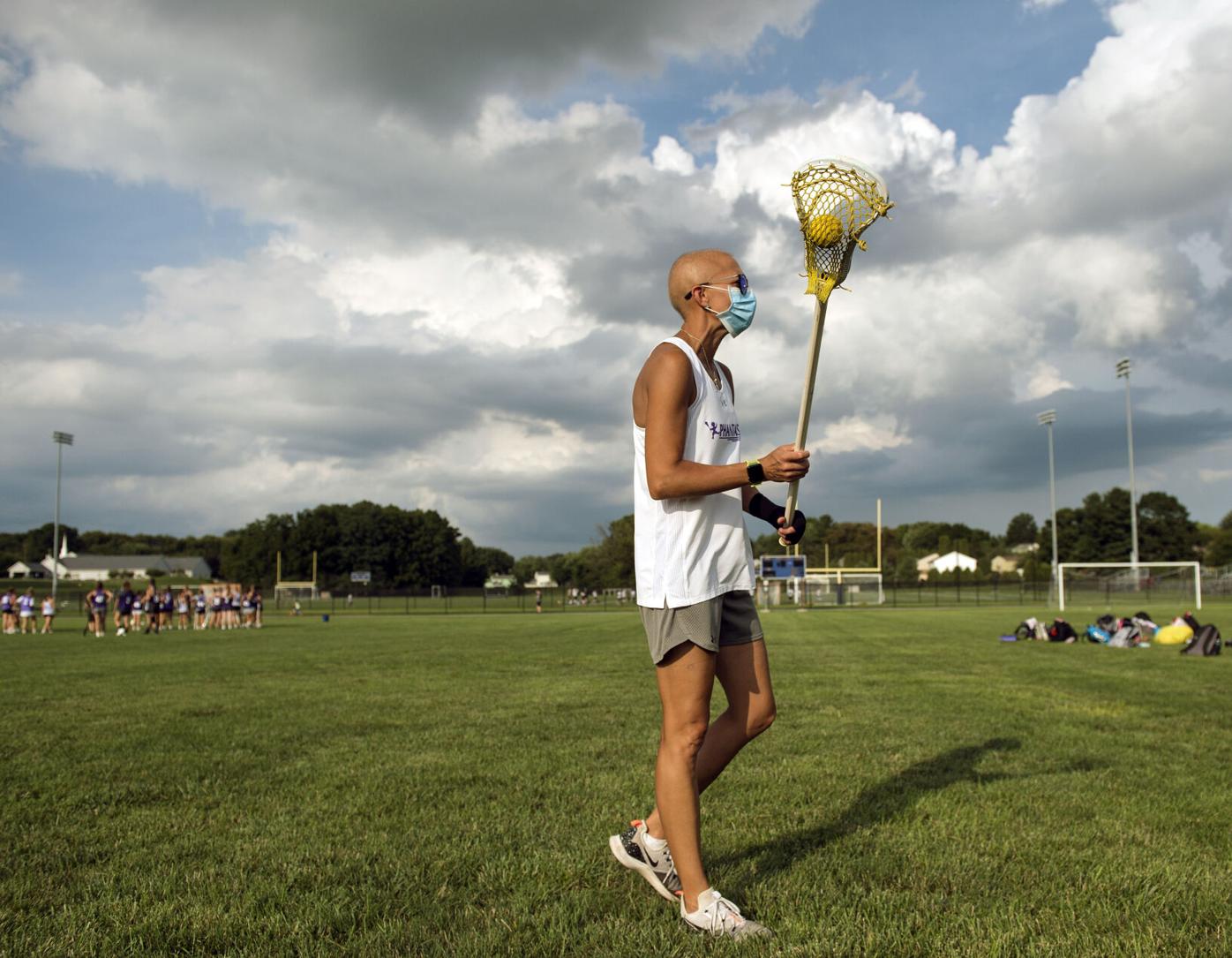 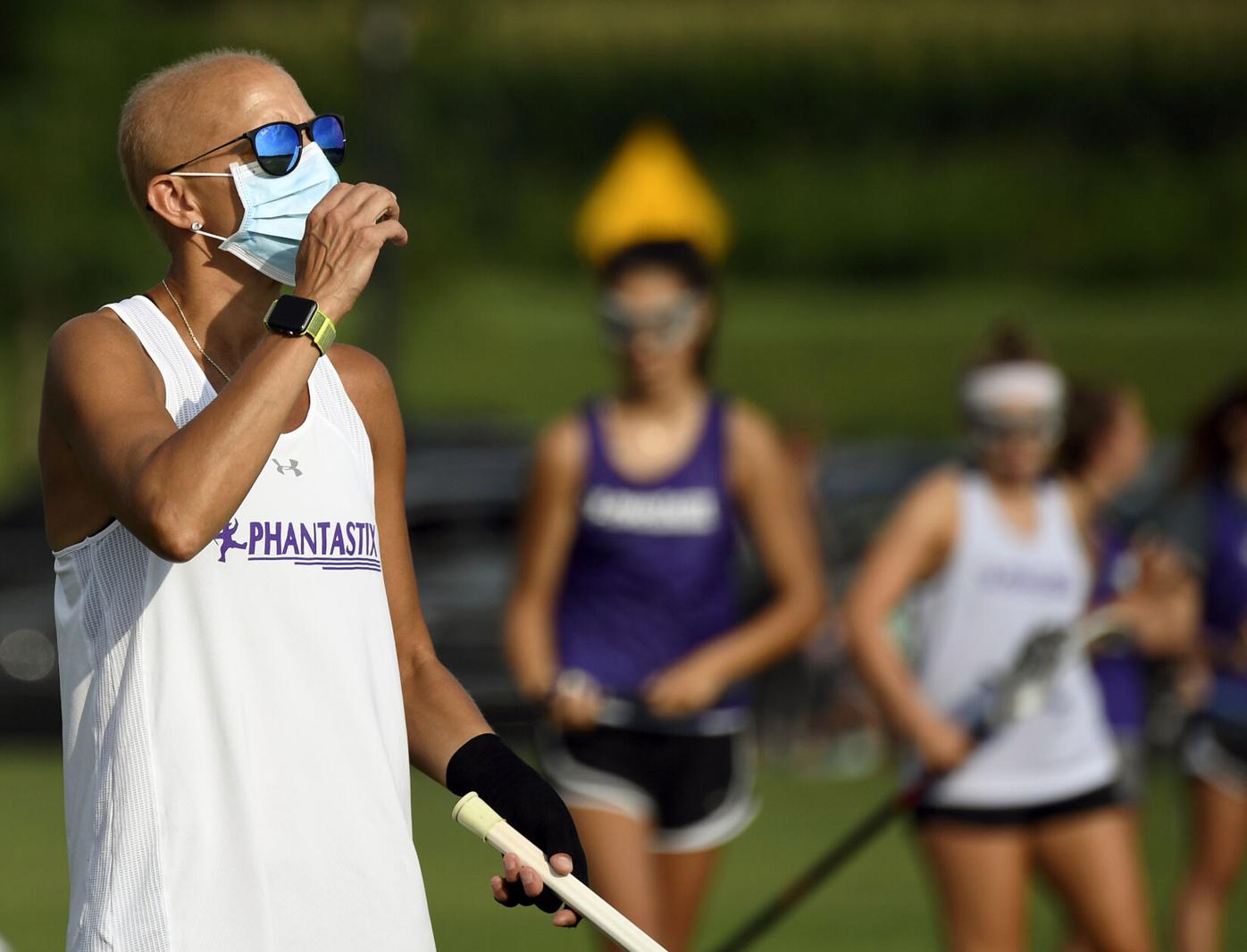 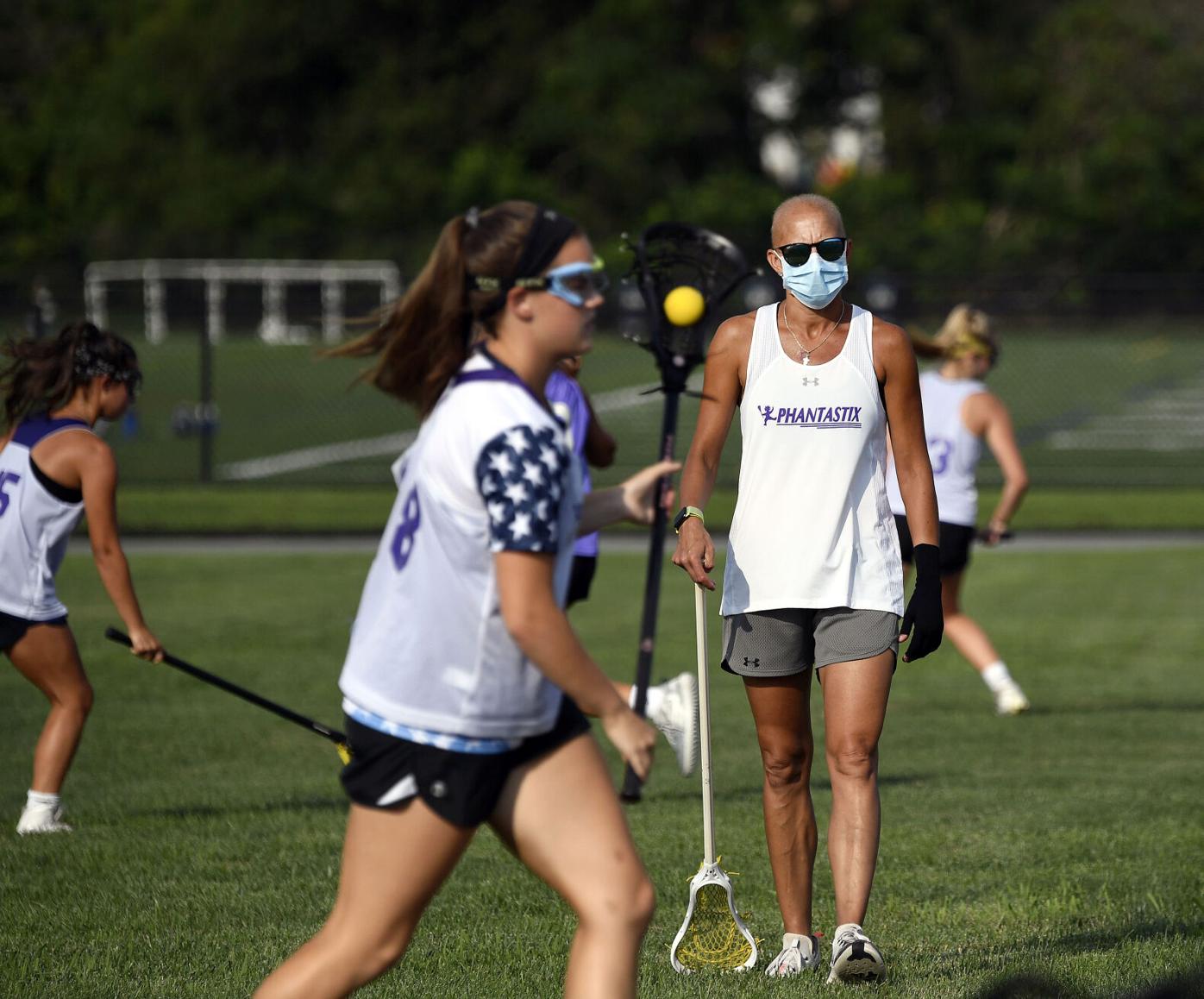 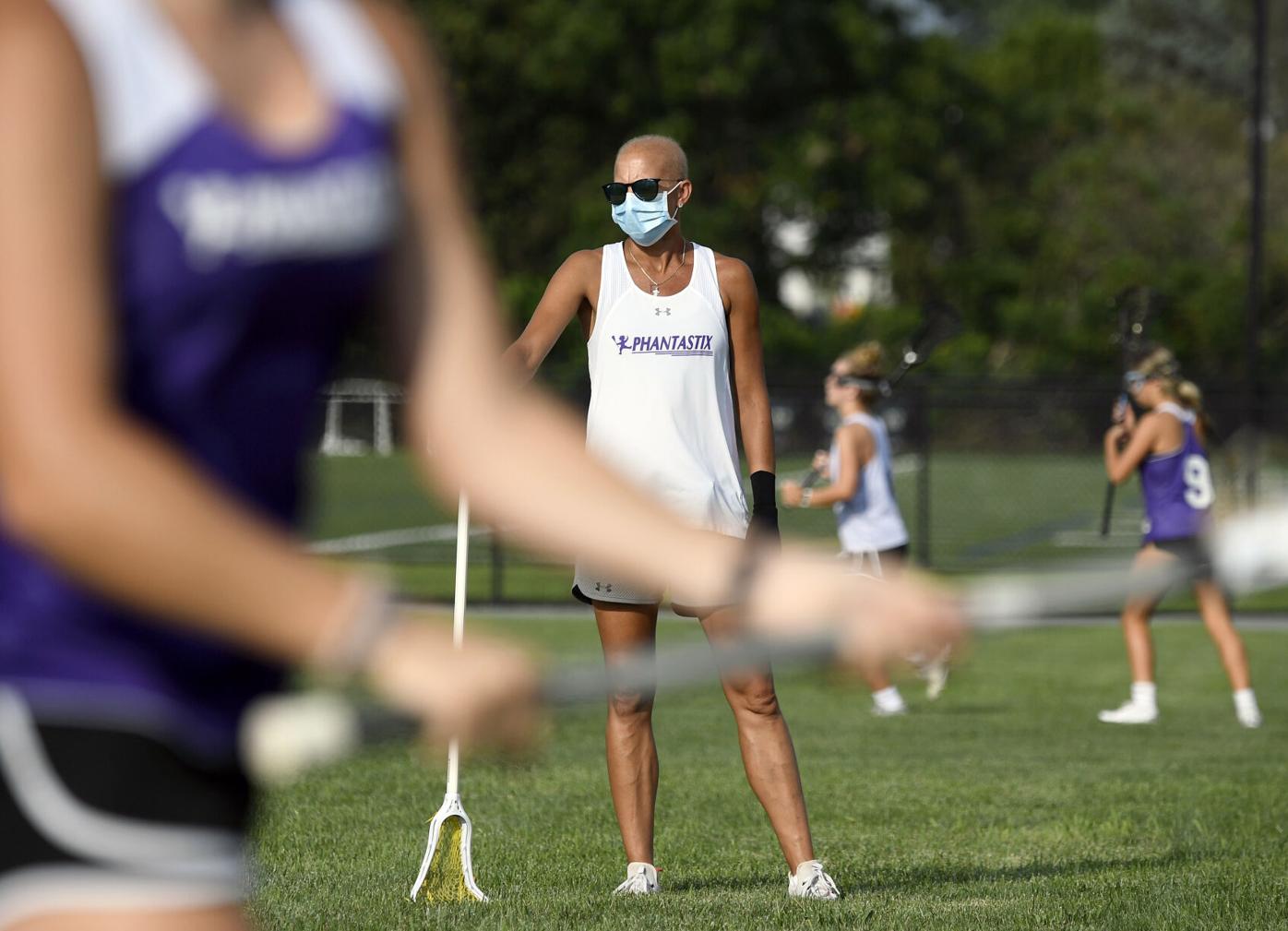 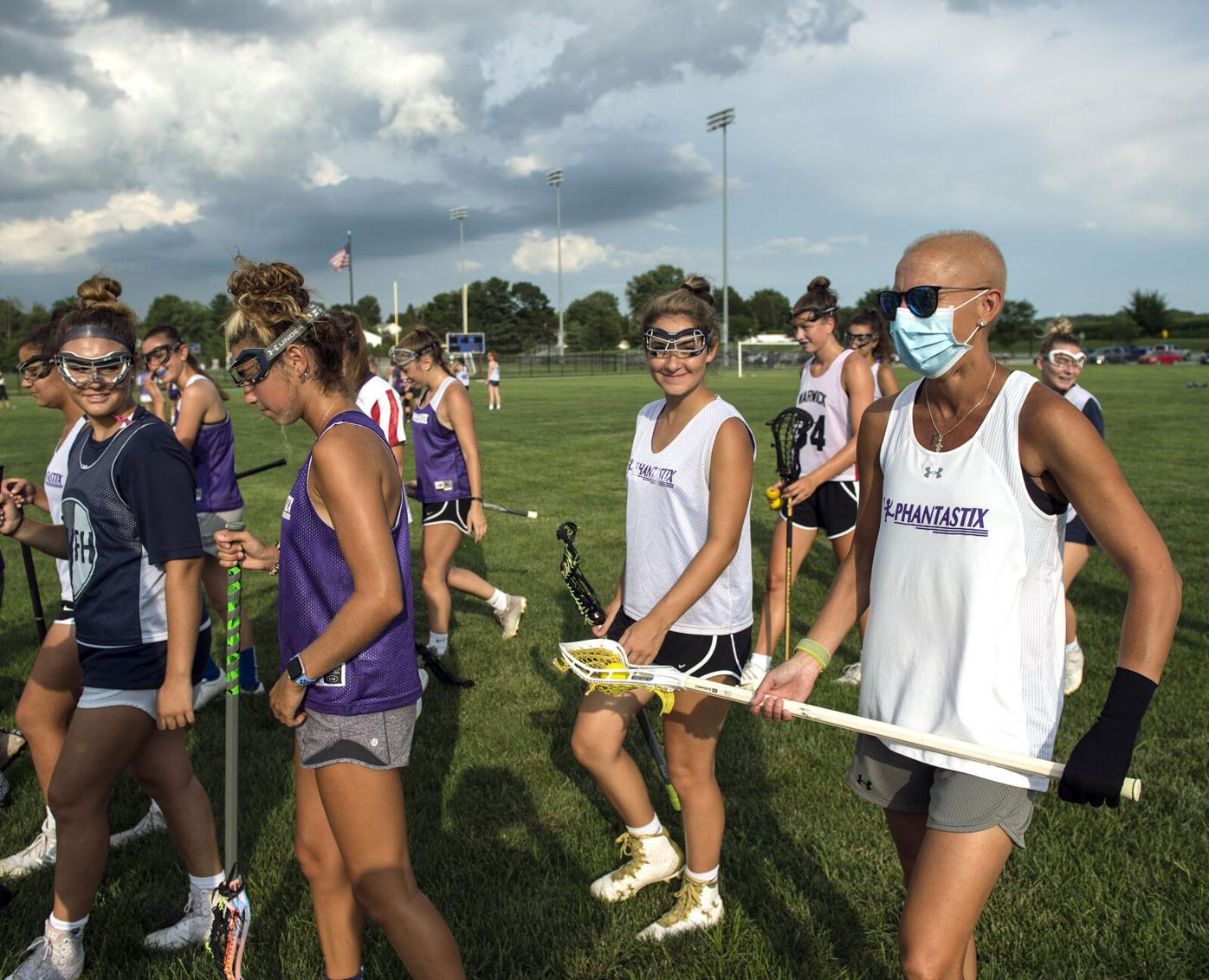 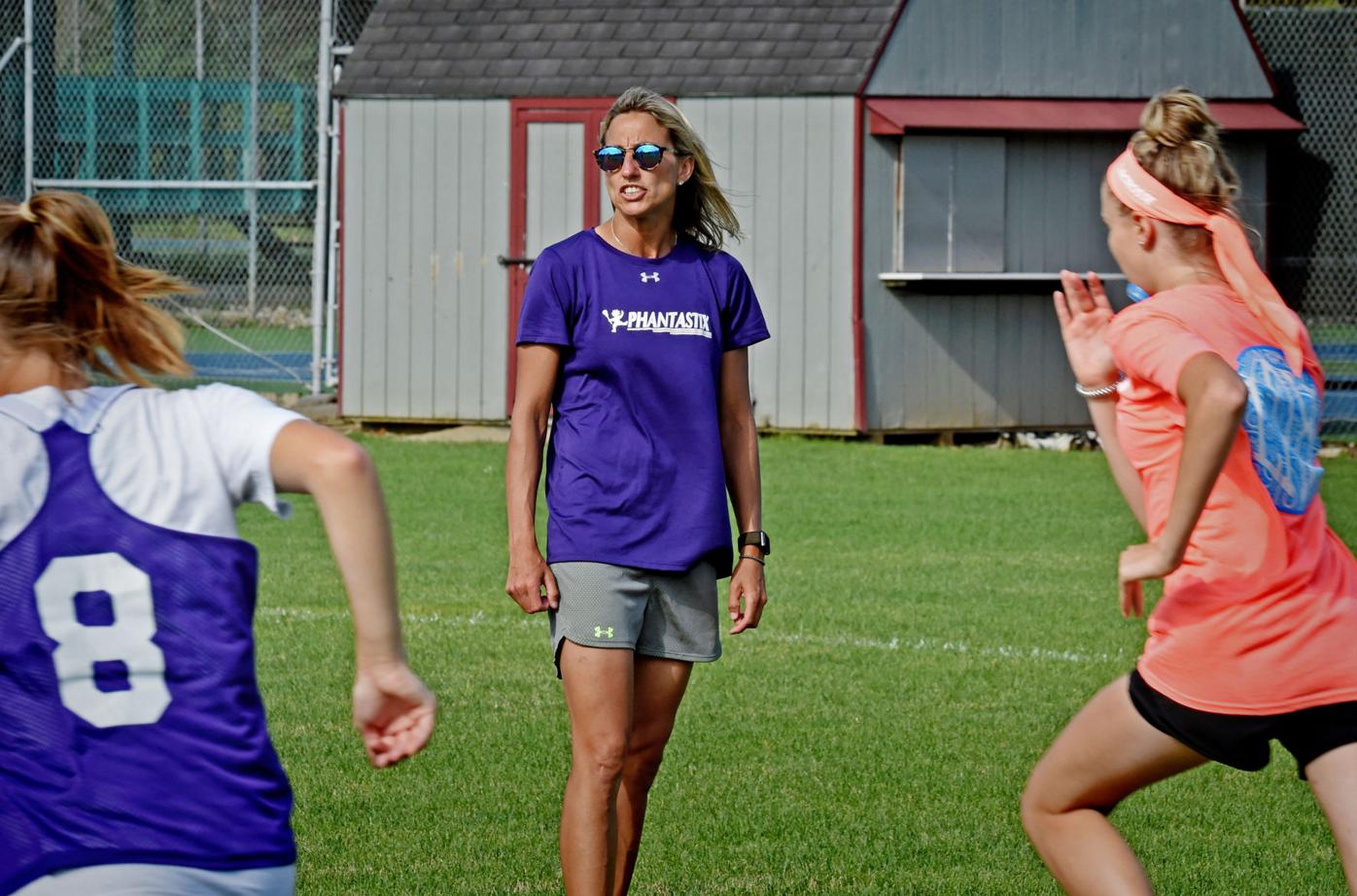 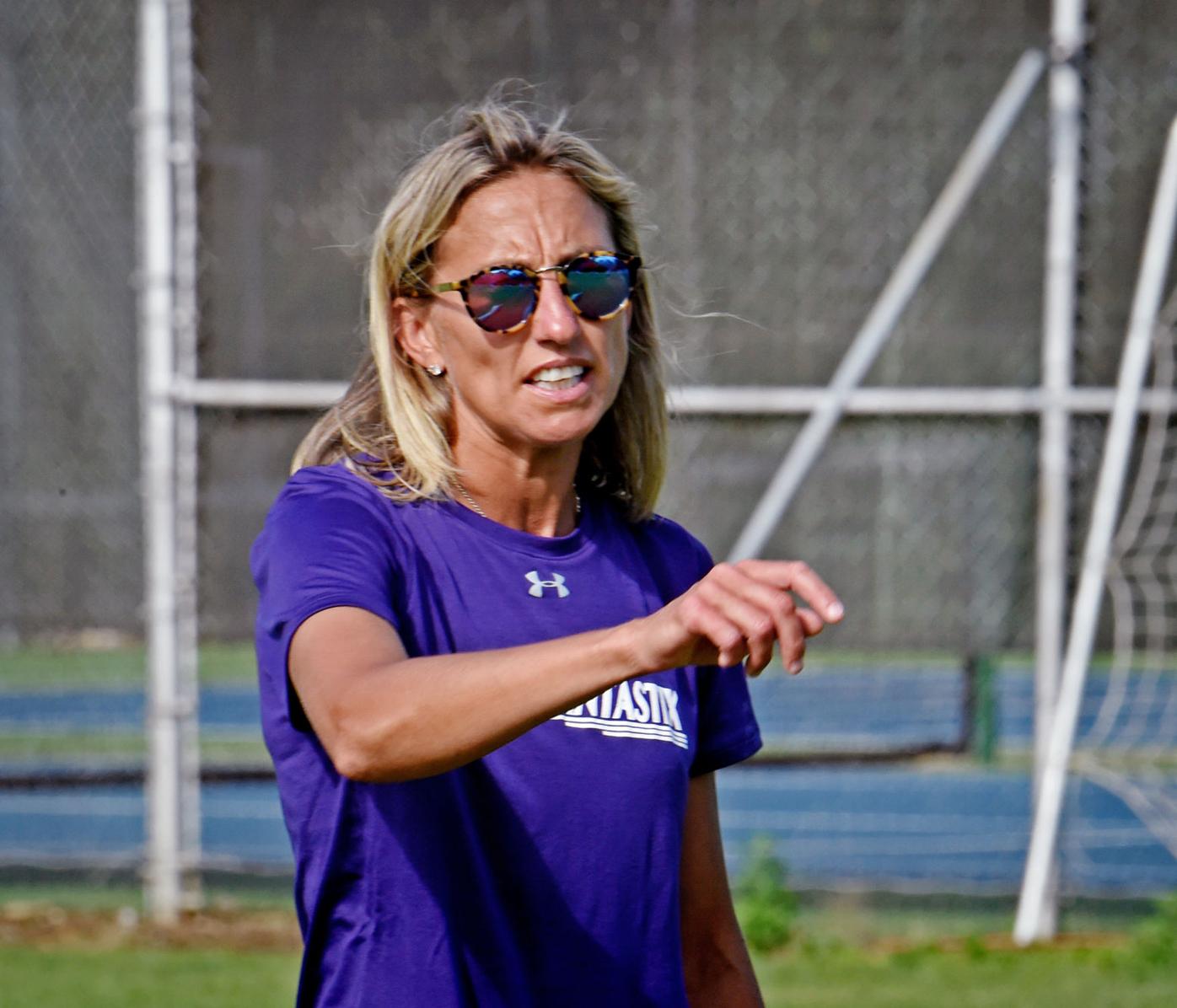 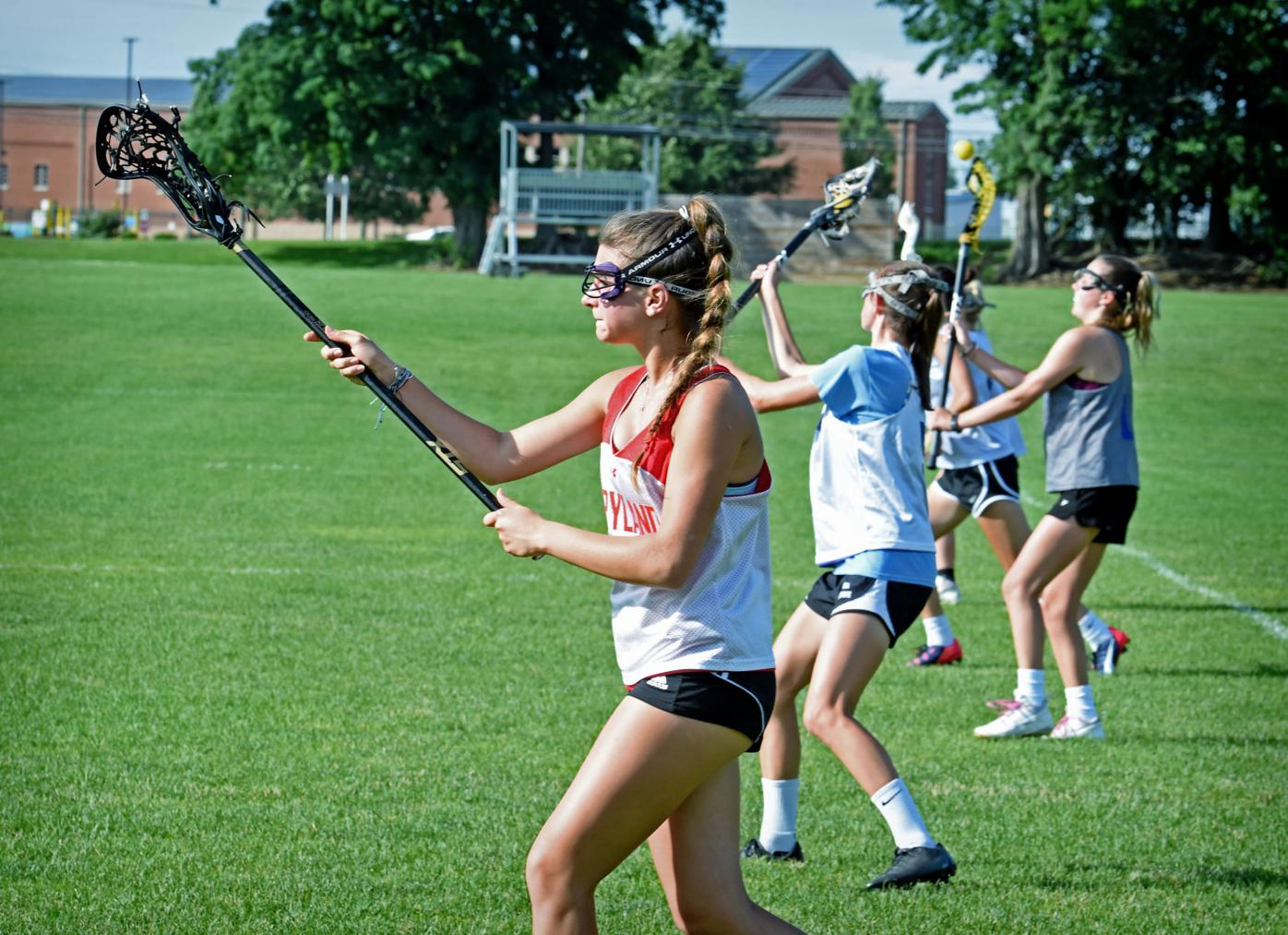 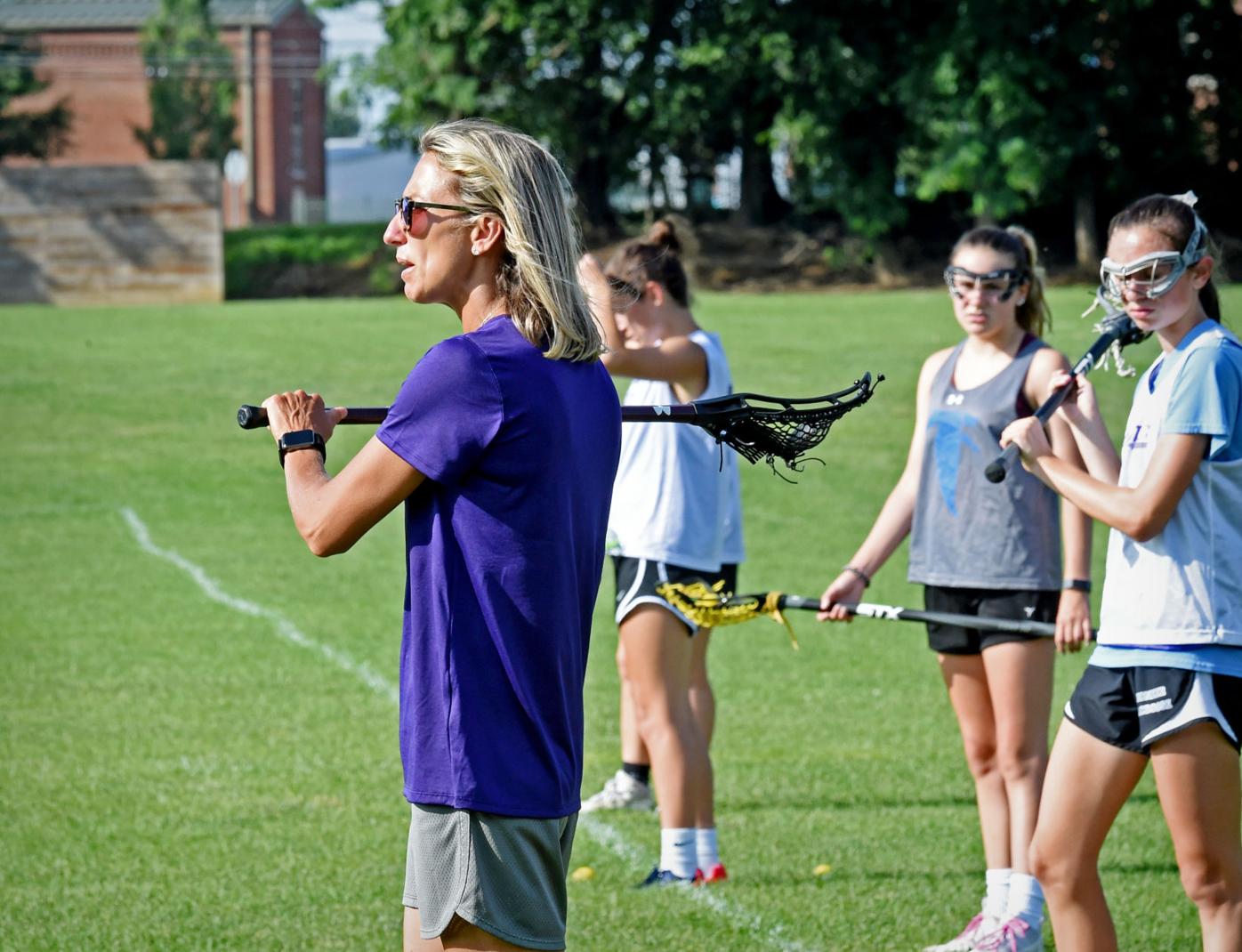 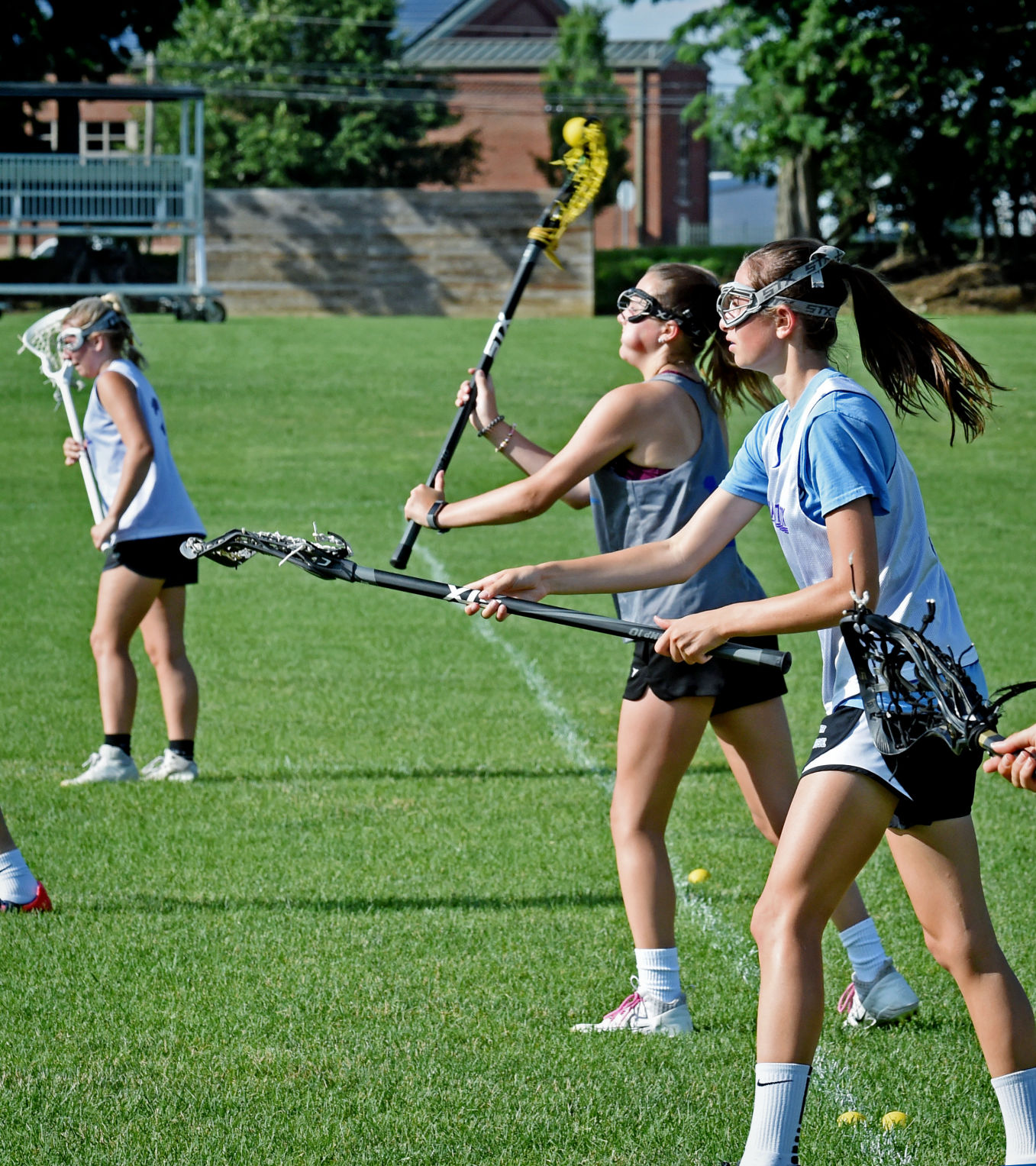 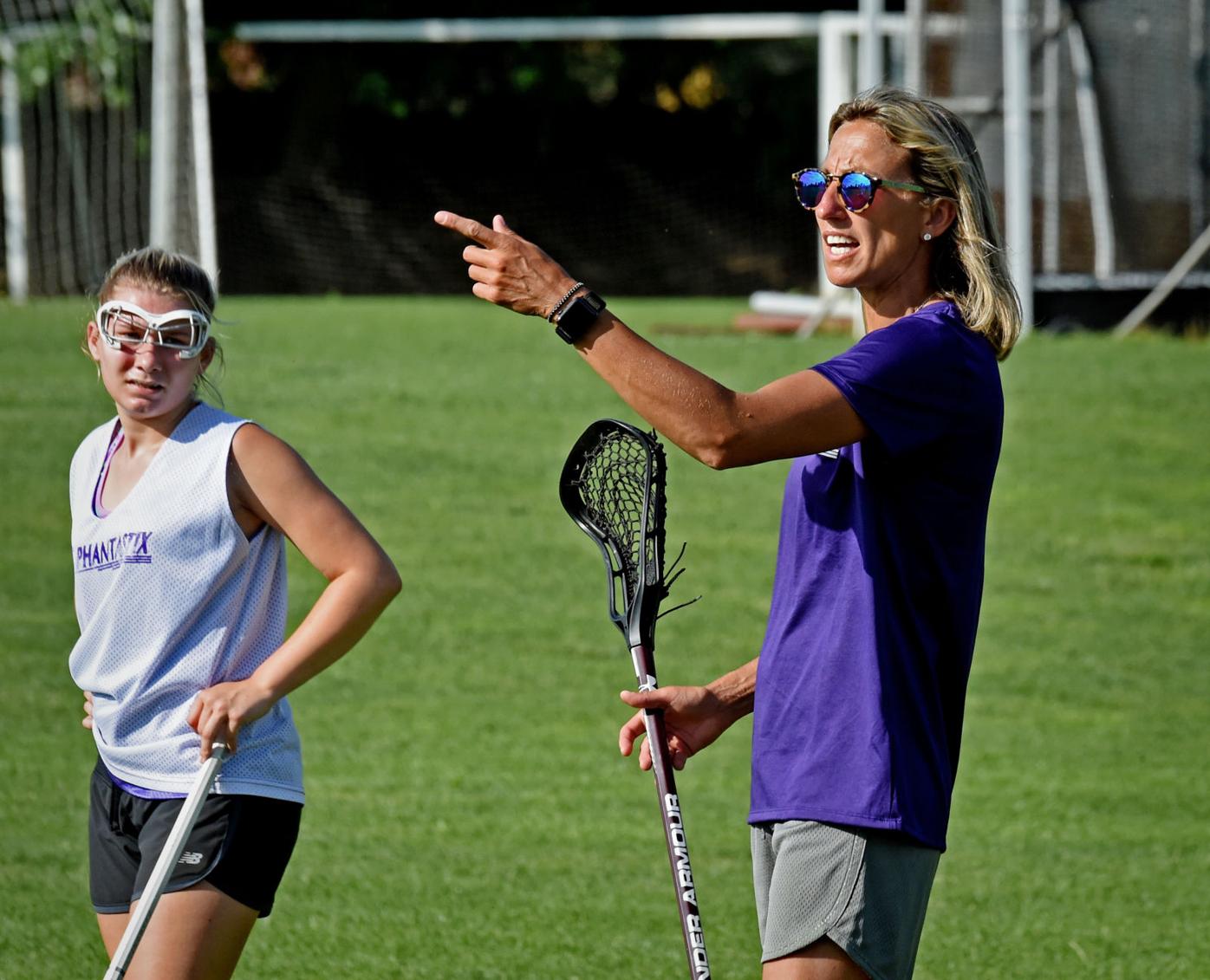 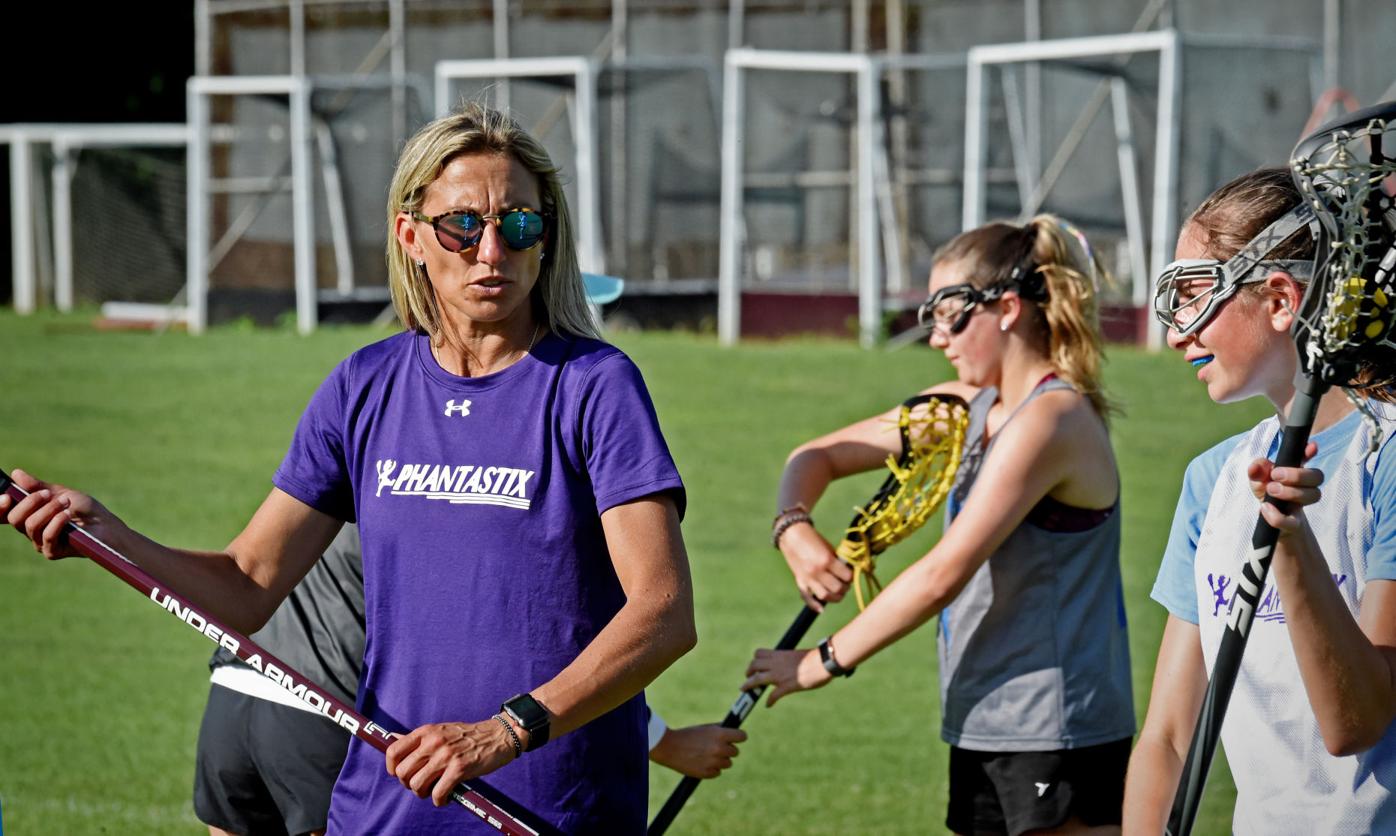 General guidance for when women should begin getting mammograms is between ages 40 to 45.

Claudia Ovchinnikoff, at 43 last fall, knew in the back of her mind she should schedule the first mammogram of her life.

“I was supposed to get a mammogram last fall, in 2019,” Ovchinnikoff said. “I never went. … I put it off. I had no symptoms. I’m healthy. I had never been sick before.”

Ovchinnikoff, who is a West Hempfield Township resident and the Hempfield girls lacrosse head coach, looked like she could be on the front cover of a health magazine. She’s stayed physically fit, mostly through running regularly and eating clean, since she was named the NCAA Women’s Lacrosse Player of the Year in 1998, her senior year at Temple University.

Then, around mid-March, the COVID-19 pandemic put schools and sports on hold.

“My gut told me, with the beginning of the coronavirus, ‘Claudia, you need to schedule it,” Ovchinnikoff said.

She went for a mammogram at Lancaster General Hospital on a Friday in late March.

“It came back suspect,” she said.

Ovchinnikoff needed to come back for a follow-up mammogram that Monday.

“In between that weekend, on Sunday, I was putting on deodorant,” she said. “I felt a lump in my left armpit.”

At her follow-up mammogram, Ovchinnikoff mentioned the lump in her armpit to the mammography technologist.

“She said, ‘Let’s get an ultrasound to make sure everything is OK,’” Ovchinnikoff said.

The ultrasound and ensuing biopsies soon led to a diagnosis of invasive ductal carcinoma, a type of breast cancer that begins when a milk duct invades the tissue of the breast outside of the duct. It’s the most common form of breast cancer, representing about 80 percent of all breast cancer diagnoses, according to Johns Hopkins Medicine.

Ovchinnikoff underwent surgery at LGH on April 27 to remove 10 lymph nodes from her left armpit along with the removal of her left breast, which is commonly referred to as a mastectomy. Two of the 10 lymph nodes came back cancerous, as did a 2 centimeter lump in the left breast.

“I couldn’t get a lumpectomy,” she said. “That wasn’t an option for me. … The option was to have a double mastectomy or do the left side and wait for me to decide on the right. With the information provided, I just decided to go with the left.”

Some women might have difficulty deciding to lose a breast.

“For me, personally, it wasn’t,” Ovchinnikoff said. “That doesn’t define me. I was OK with that.”

Chemotherapy at LG Health’s Ann B. Barshinger Cancer Institute began for Ovchinnikoff on May 17. About two weeks later, her straight, shoulder-length blonde hair began falling out. Within two days, she buzzed the rest of it off.

“With the chemo drugs I was having, I knew my hair was going to fall out,” she said. “So I had enough time to mentally digest it and be mentally prepared. Once it started falling out, it wasn’t so dramatic.”

Plus, Ovchinnikoff had worn hats to lacrosse practices over the years. Now without hair, she would just wear hats more often.

“I love wearing hats,” she said. “Nothing really changed with that.”

Ovchinnikoff went for chemotherapy once every three weeks from May 17 through July 17. After a 10-day respite, she underwent radiation for 33 straight weekdays from July 27 through Sept. 10.

It’s a rather quick timeline for treatment compared to most others. But Ovchinnikoff wanted it that way. She had a life to get back to. A married mother of a 5-year-old daughter and 9-year-old son, Ovchinnikoff also is the director of the Lancaster branch of Phantastix West girls lacrosse club, which began practices in July.

“I needed to be on that field for some sort of normalcy in my life,” she said.

It’s why she pushed through fatigue, the loss of taste and nauseousness from chemotherapy, and the sunburn-like side effect from radiation to the armpit, chest and portion of her back and shoulder, all on the left side of her body.

“The radiation started bothering me around week four,” she said. “It was past red, to the point where my skin was purple.”

Determined not to let cancer slow her down, Ovchinnikoff attended as many Phantastix lacrosse practices as she physically could from July through September.

“I wouldn’t be there week one and week two of chemo, following my oncologist’s orders of not being around players because I was so immune-compromised,” she said.

Some of the chemotherapy drugs purposely deplete the immune system so it doesn’t combat the other chemotherapy drugs that serve to kill the cancerous cells in the body. So Ovchinnikoff, now 44, had to take precautions at lacrosse practices, a feat made especially risky amid COVID-19.

“I made it a point to stay as far away as I can from players,” she said. “And I did have coaches help me. They did most of the coaching.”

Ovchinnikoff also maintained normalcy by exercising nearly every day. Chemotherapy sometimes made her legs, “feel like cinderblocks,” which made it difficult to run long distances. She took up biking, often spending her mornings pedaling on the Northwest River Trail along the Susquehanna River.

“It was more of the athlete mentality of, ‘It won’t beat me,’” she said. “I’ll get through it. Obviously, there’s some adversity. I’ve dealt with adversity. This is another bump in the road I’ll overcome.”

That attitude is partly what made Manheim Township alum Ryan Middleton fall in love with Ovchinnikoff when they met as students at Temple in the mid-1990s. The two married in 2003.

“She’s obviously not one to quit,” Middleton said.

But Ovchinnikoff’s determination also resulted in Middleton recently playing mediator between a team of doctors that recommend taking things slow and a wife who wants to put breast cancer behind her as quickly as possible.

Ovchinnikoff is in the clear for now -- the five-year survival rate for stage 2 breast cancer is 93 percent for women who have completed treatment, according to the American Cancer Society. Provided the cancer doesn’t return, Ovchinnikoff’s next step is to get reconstructive surgery to rebuild her left breast. But Ovchinnikoff’s team of doctors recommend waiting another six months for the reconstructive surgery in order to let her body recover.

“If she were to rush this next surgery, it could be more detrimental than she realized,” Middleton said. “So let’s wait, let things heal, and really be healed before we do the next round.”

Ovchinnikoff has also learned a bit about herself from the entire experience.

“To appreciate the little things, and not to stress over things,” she said. “To appreciate quality time with family. With me being so busy, I was not spending as much time with my family as I need to.”

Ovchinnikoff also considers herself a relatively private person. However, she decided to share her story in hopes it might help others facing similar circumstances.

“To be strong. Have a positive outlook and just fight it,” she said. “Fight it head on.”

Here are 5 things to watch out for in L-L League boys, girls lacrosse in 2021

After essentially two years away, Lancaster-Lebanon League lacrosse is back. The 2021 season officially begins Friday.

The 2021 high school lacrosse season official gets underway Friday. Several Lancaster-Lebanon League teams will be in action this weekend, fol…

There are more than 90 lacrosse players with ties to the Lancaster-Lebanon League or Lancaster County now on collegiate rosters for the 2021 season.

Held annually, the USA Lacrosse Women’s National Tournament brings together 800 of the best high school girls lacrosse players from across the…