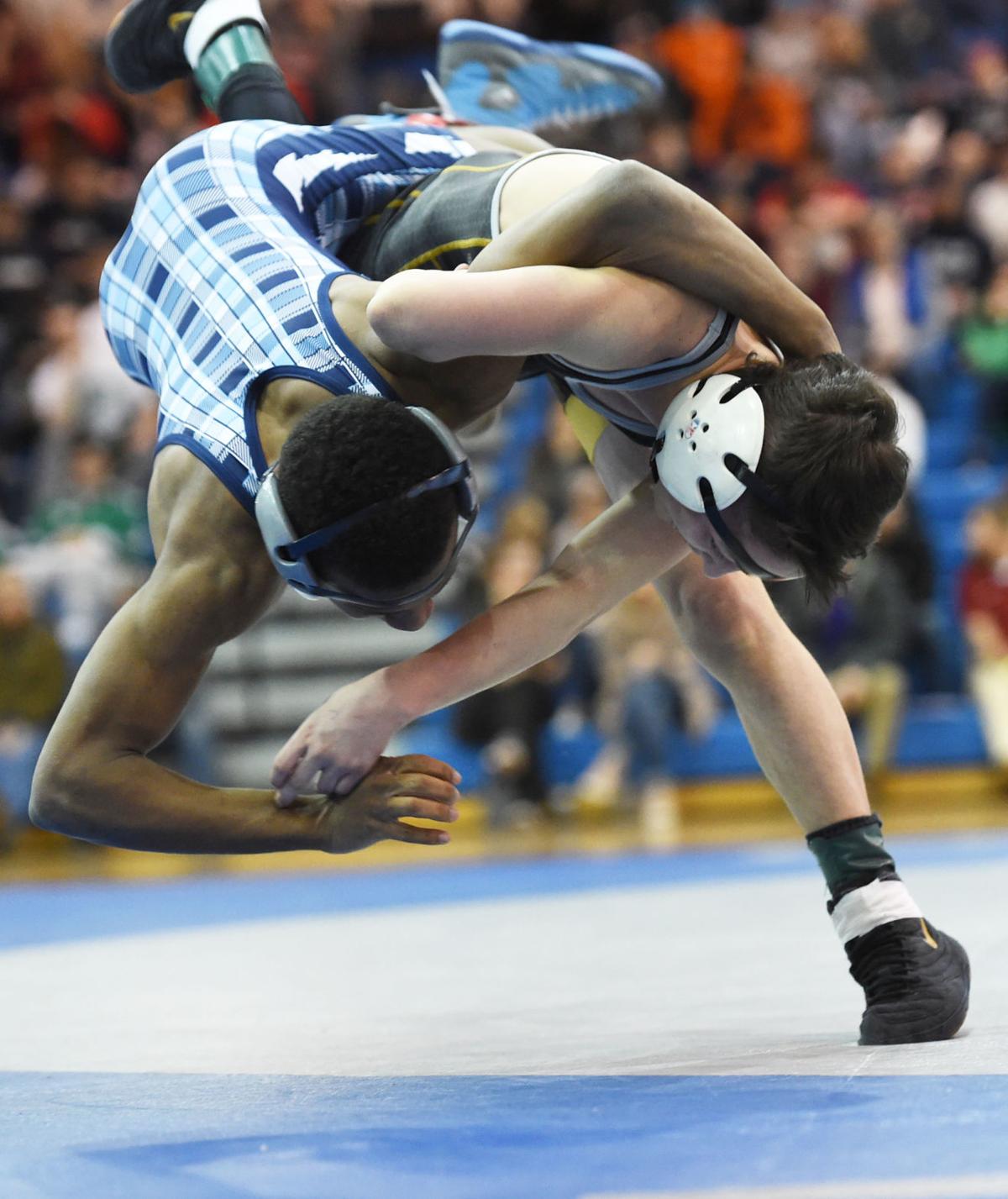 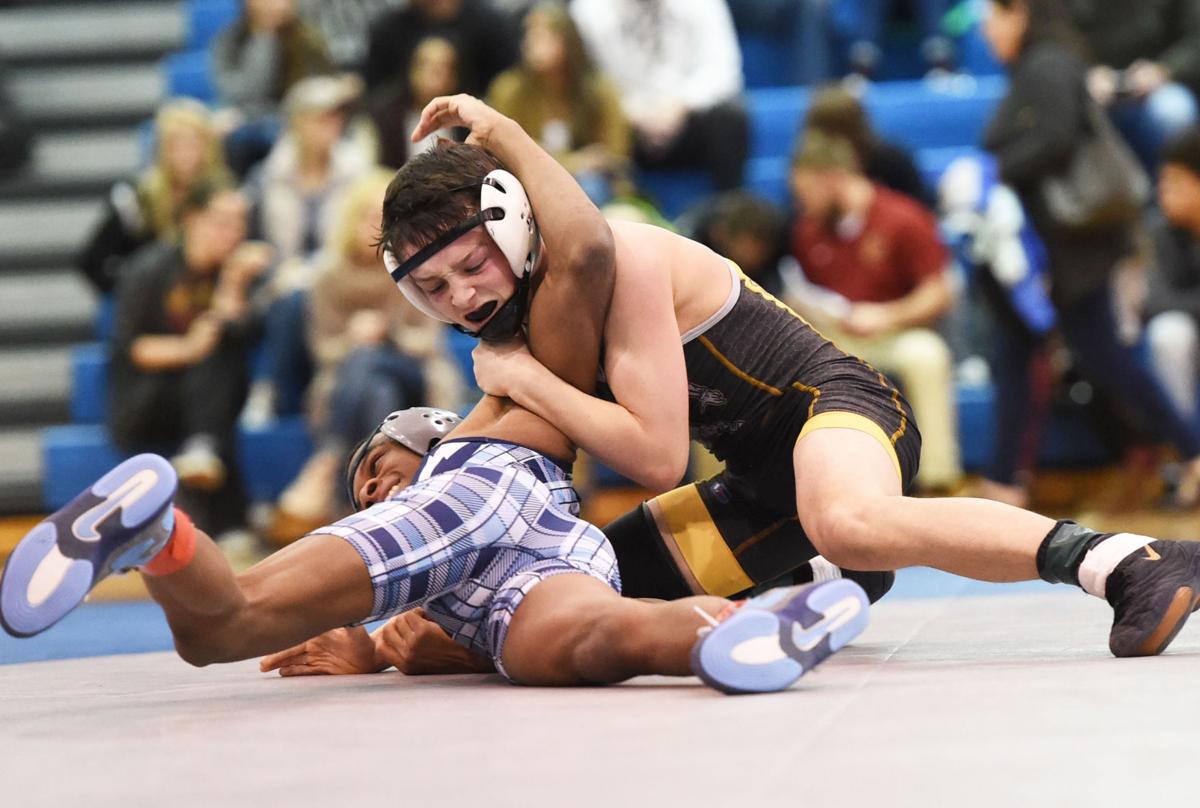 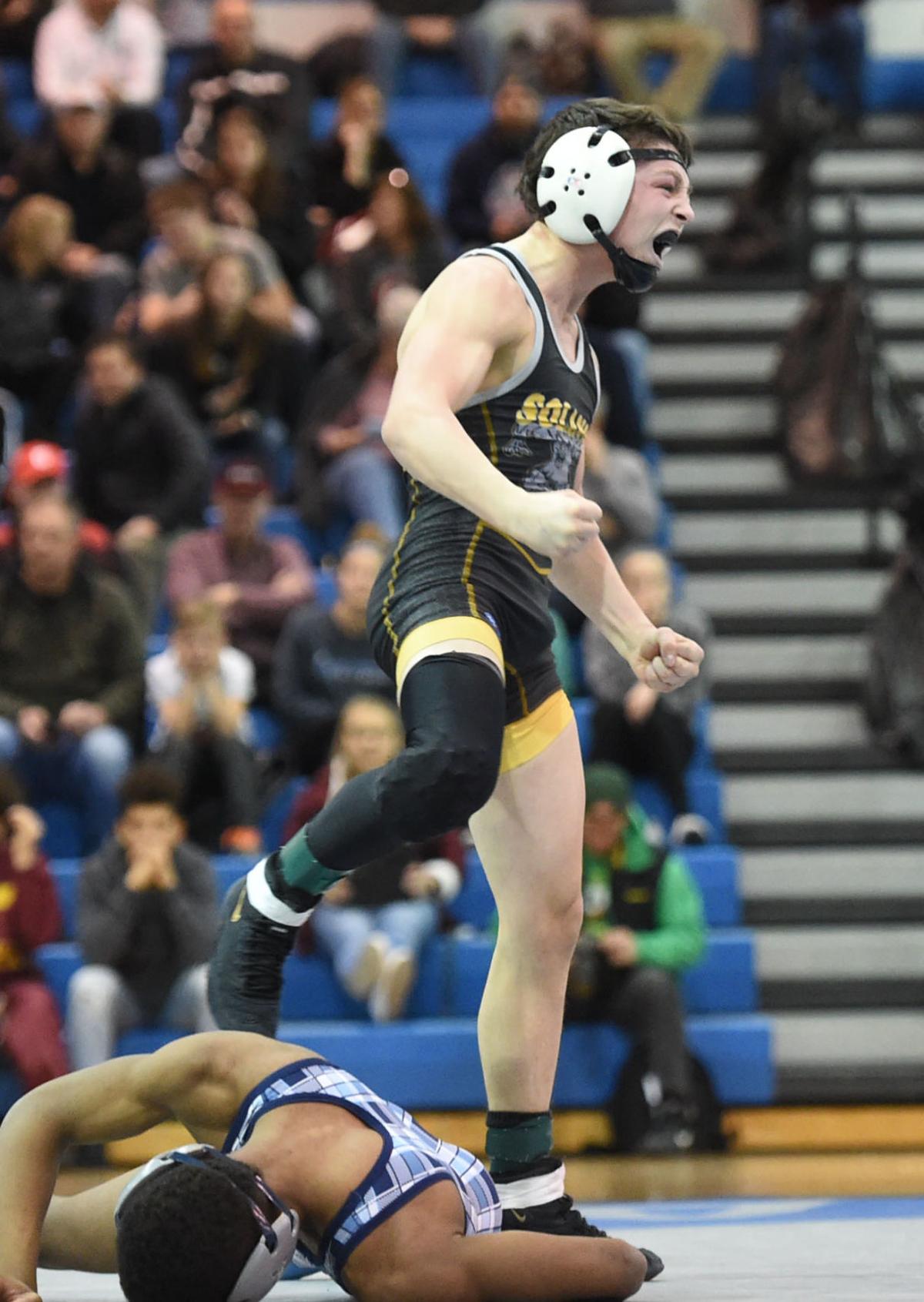 There are many stories to be told from the L-L League wrestling championships. Here’s two of them.

Not the size of the dog in the fight

At the start of the 2017-18 wrestling season, Solanco needed someone to fill the 106-pound weight class.

Although he was way undersized — he had wrestled at 75 pounds as an eighth grader — freshman Dominic Flatt accepted the challenge.

And took more than his share of lumps, winning 10 times in 26 starts.

This year he’s back at 106, a little bigger, but still not as big as competitors who are cutting down from the mid-teens.

A medal he would soon relinquish. More on that in a moment.

Realizing he would, once more, likely be the lightest dog at 106 this season, Flatt worked on things he could control, muscles and muscle memory.

He is a regular at the Golden Mules early morning lifting sessions and, beyond attending several camps over the summer, is a dogged workout partner with assistant coach Joe Welk.

The work ethic has paid dividends as Flatt’s sophomore campaign features, to date, as many victories, 27, as he had matches last year.

The latest victory came Saturday afternoon in the 106-pound finals where Flatt, the No. 3 seed, met top-seeded Manheim Township junior Micah Sams in a rematch of their dual meet pairing.

“He beat me two weeks ago,” Flatt said, “so I was just ready to do my best, and just take it to him.”

Hitting a throw, Sams had pinned Flatt in 1:46 in the dual meet. Flatt was mindful that Sams would go for a throw once again.

When he did, Flatt was ready, dropping low and into a double leg takedown.

He took Sams to his back, for four points, and widened his advantage with a second-period snapback, the early-morning lifting paying off.

Flatt finished off with an 8-1 victory and his first league medal.

Which he then gave to Jaxon Brubaker, the Doe Run Elementary third-grader with Saul-Wilson Syndrome, who was “adopted” this past season by the Manheim Central football team as their manager.

Children with Saul-Wilson Syndrome, a rare genetic disorder, are charecterized by small stature. Brubaker is the size of a three-year old, and while he’ll likely never be able to wrestle, he is a “small dog” with a huge heart.

A heart has big as Dominic Flatt’s.

Patience is a virtue

McClune, who capped an outstanding league tournament by winning the 195-pound title Saturday, has made the most of his first year as a varsity regular.

Blocked by an upper classmen-heavy lineup his sophomore and junior years, McClune was 3-4 in a late-season sophomore appearance at 170 and won seven of his first eight starts at 195 as a junior spot-starter before tailing off.

“I always managed, somehow, through injuries or bumping up, to find a way to get into the lineup,” he said.

With 195 all to himself this season, he’s made the most of his opportunity by posting a 19-6 record thus far.

Entering the weekend as the No. 6 seed, McClune ousted third-seeded Ben Sola of Cocalico 9-0 Friday night, then bounced No. 2 seed Chase Mathias of Hempfield Saturday morning in the semifinals 9-6.

Trailing Mathias 6-4 late, McClune pushed to the bell — his coaches advice — taking Mathias down into a pinning combination.

In the finals against Lampeter-Strasburg’s Johnny Franklin — himself a giant killer, pinning the No. 1 seed in the semis — McClune maintained good position, slipping two Franklin headlocks for a 5-3 victory.

“It’s amazing, it really is,” he said. “No one really thought I was going to make it anywhere.”